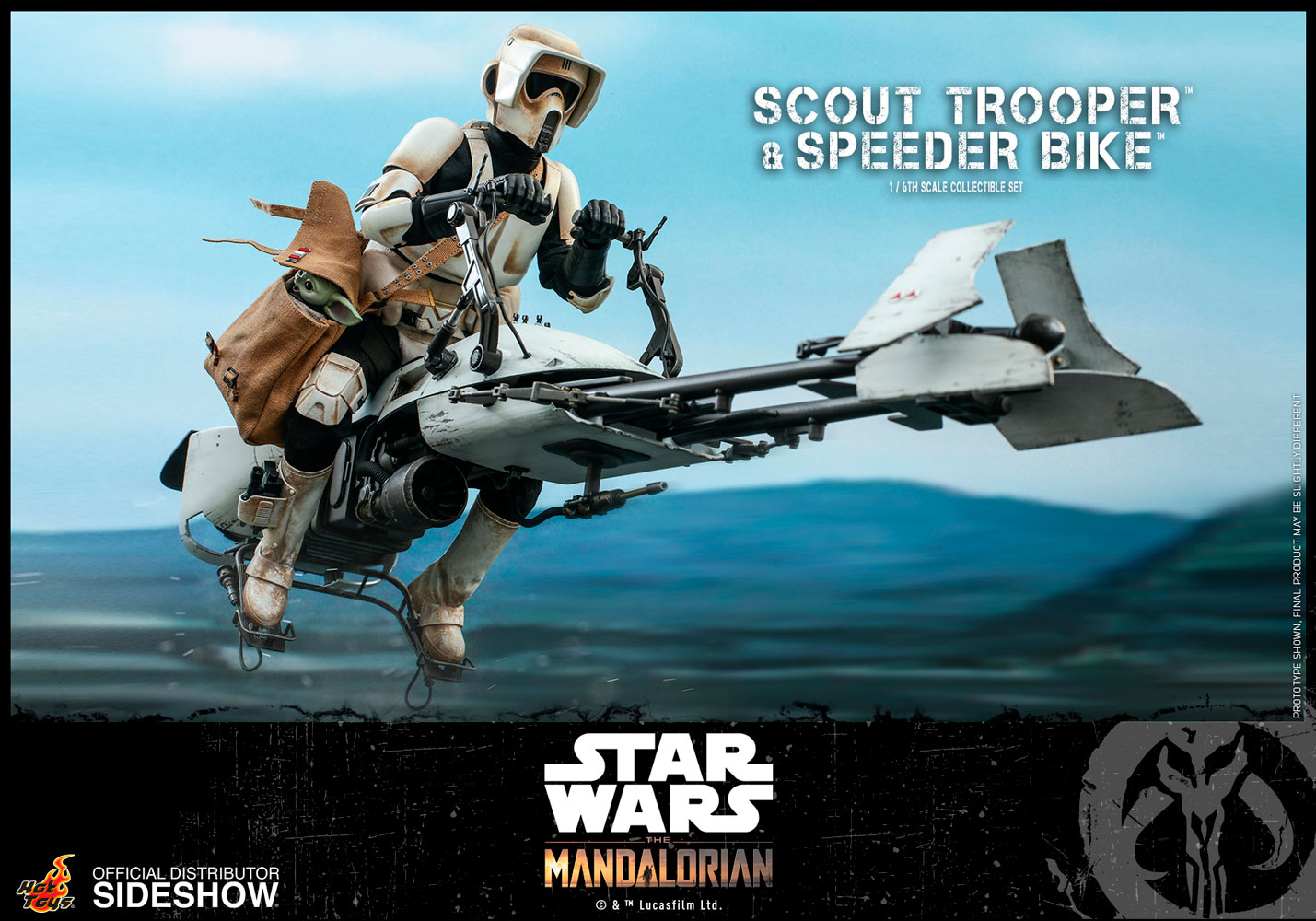 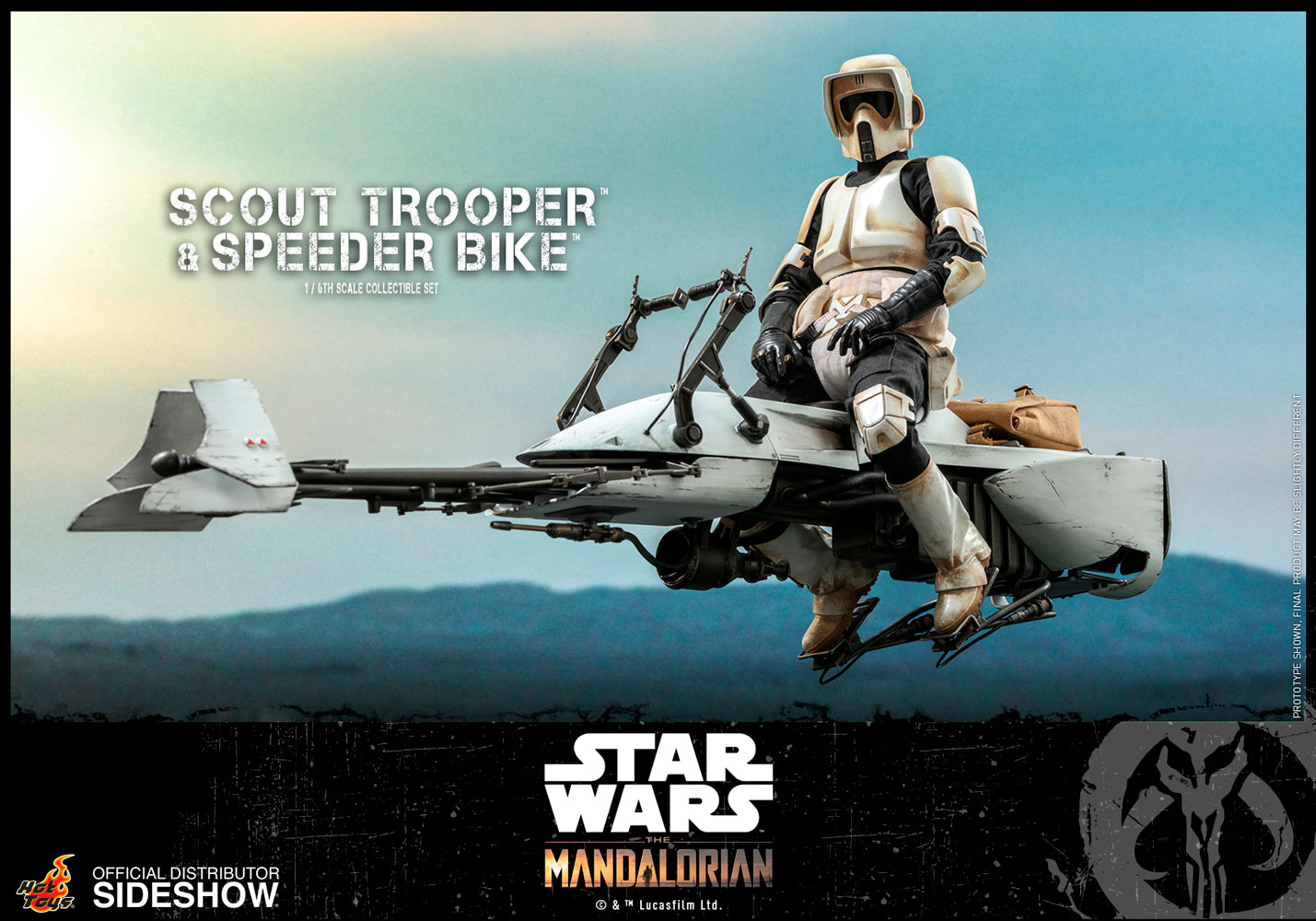 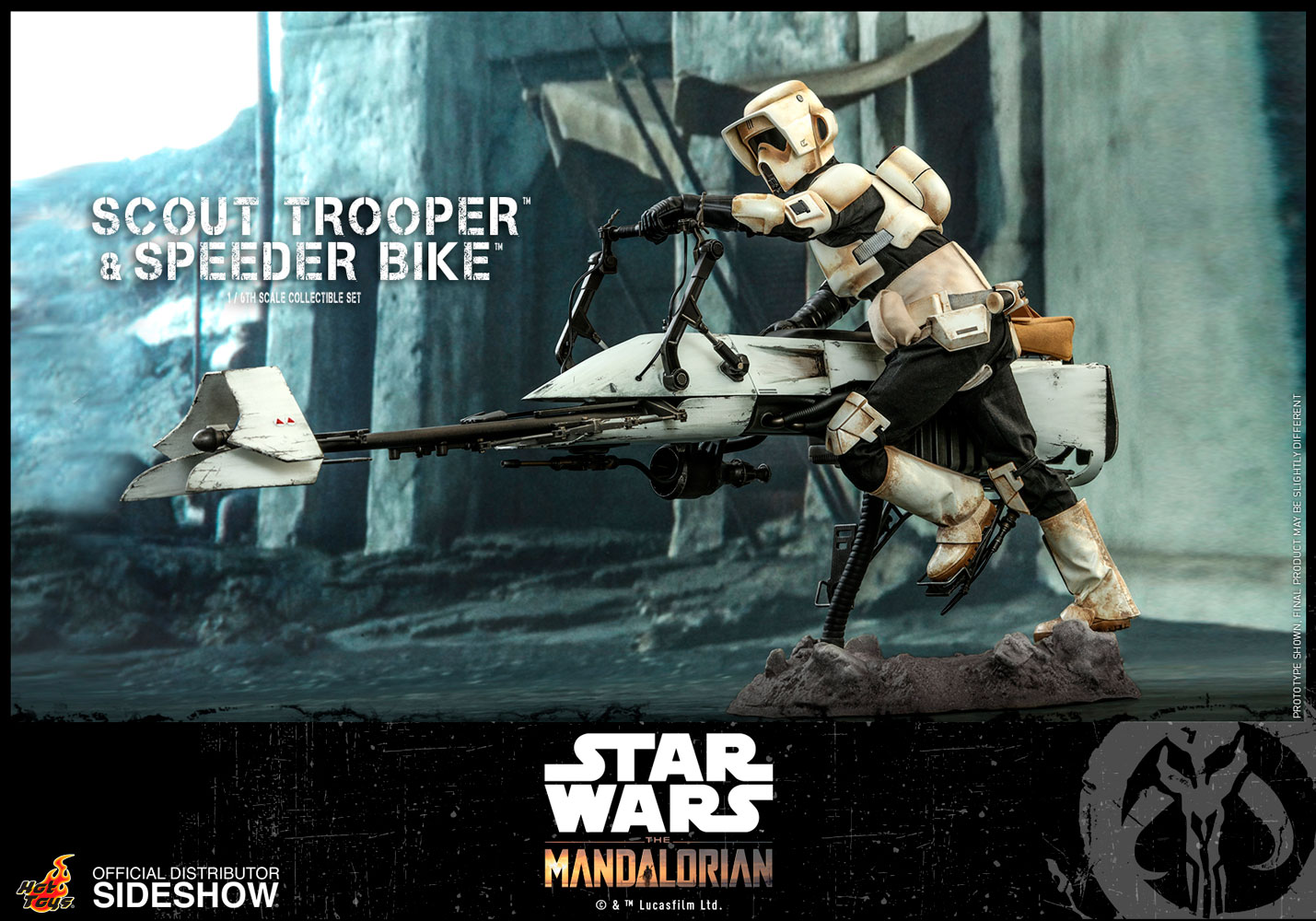 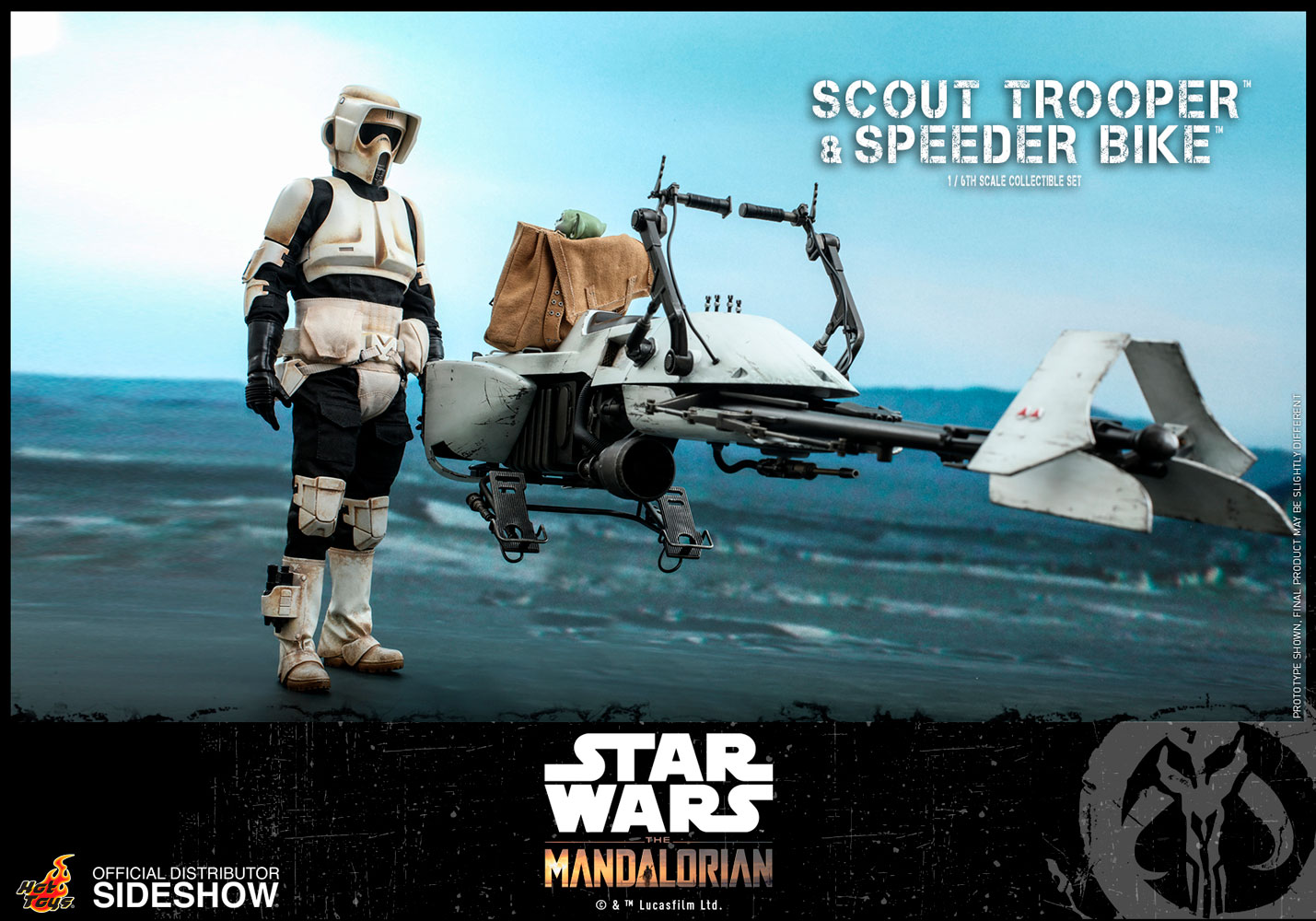 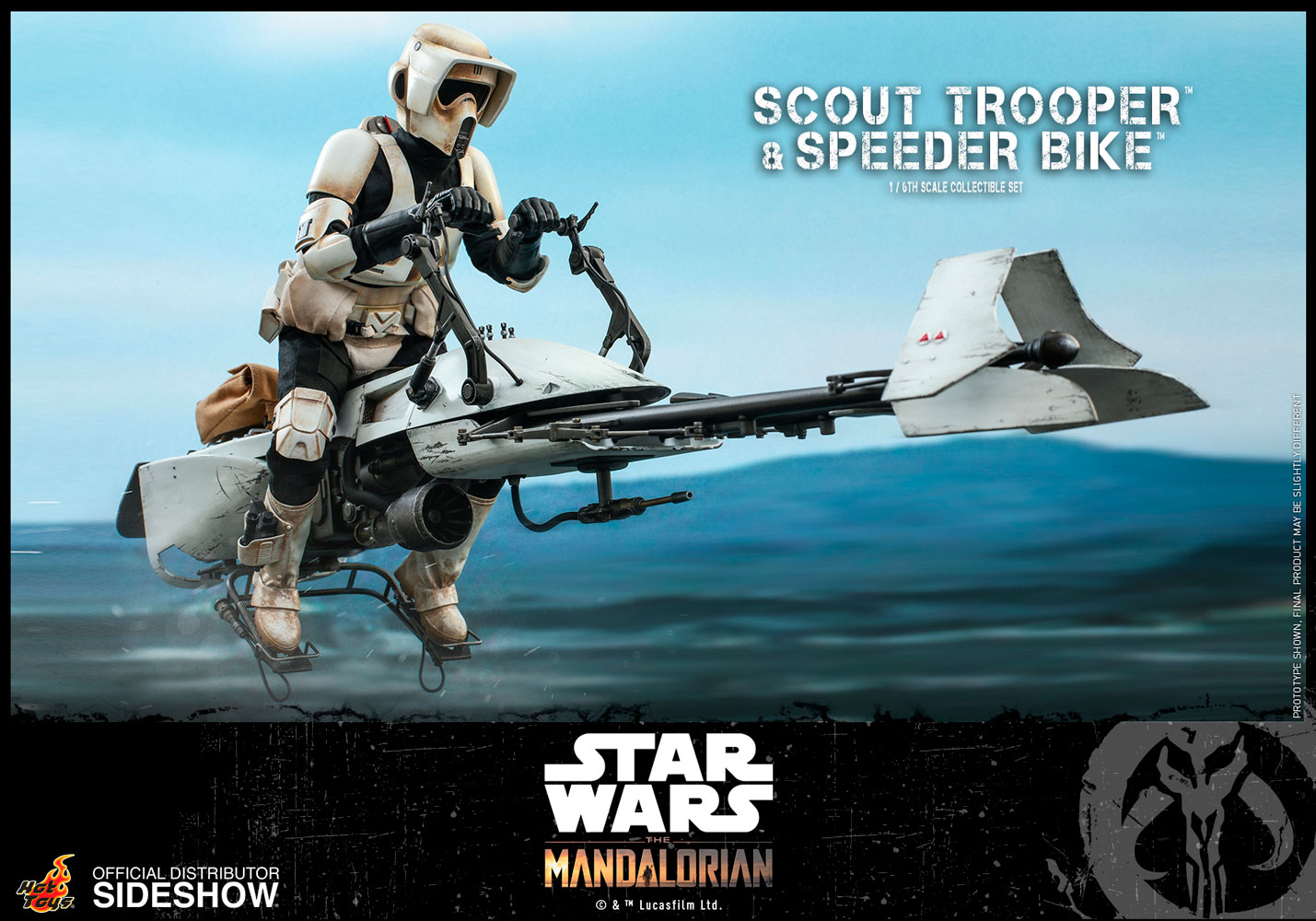 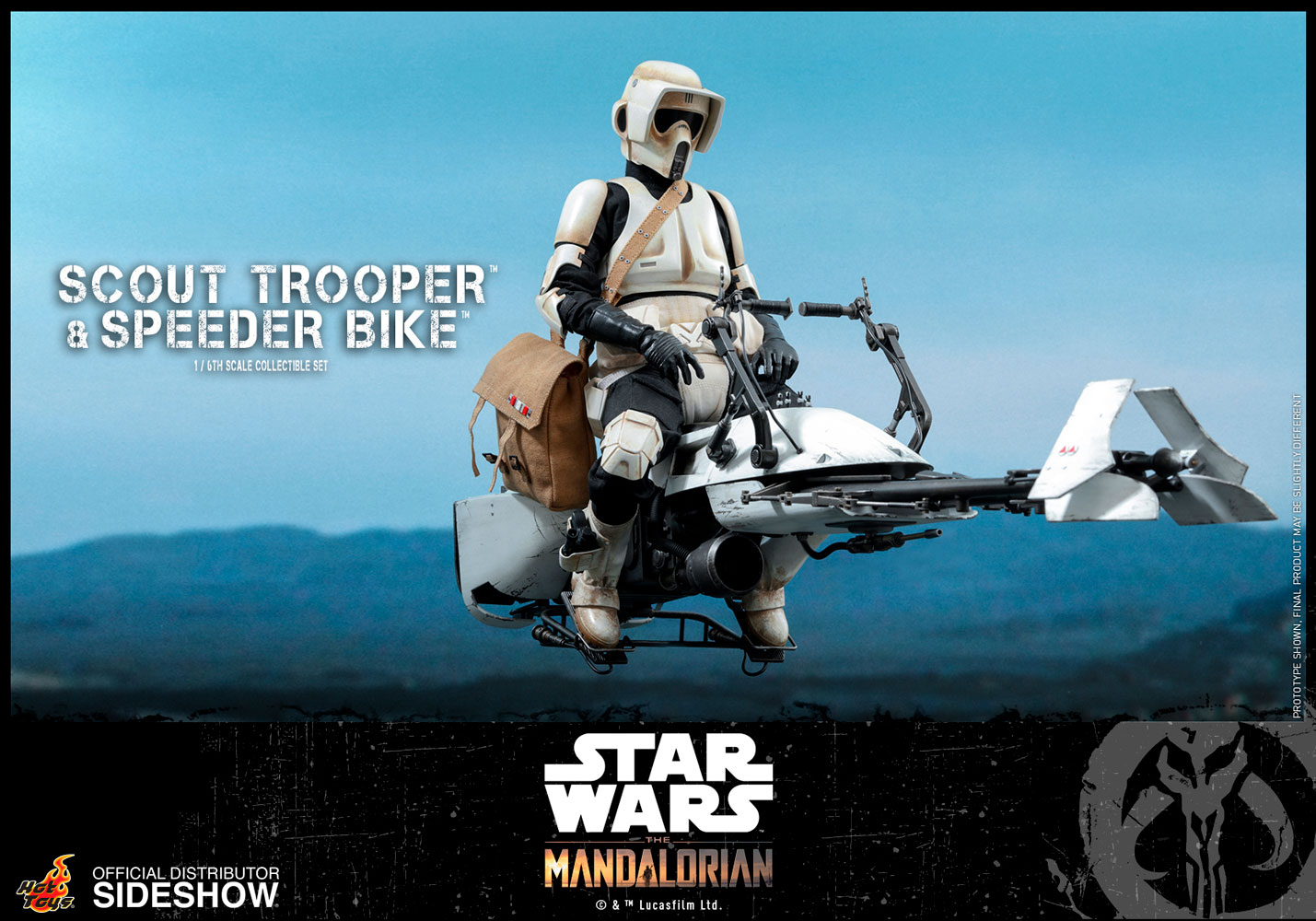 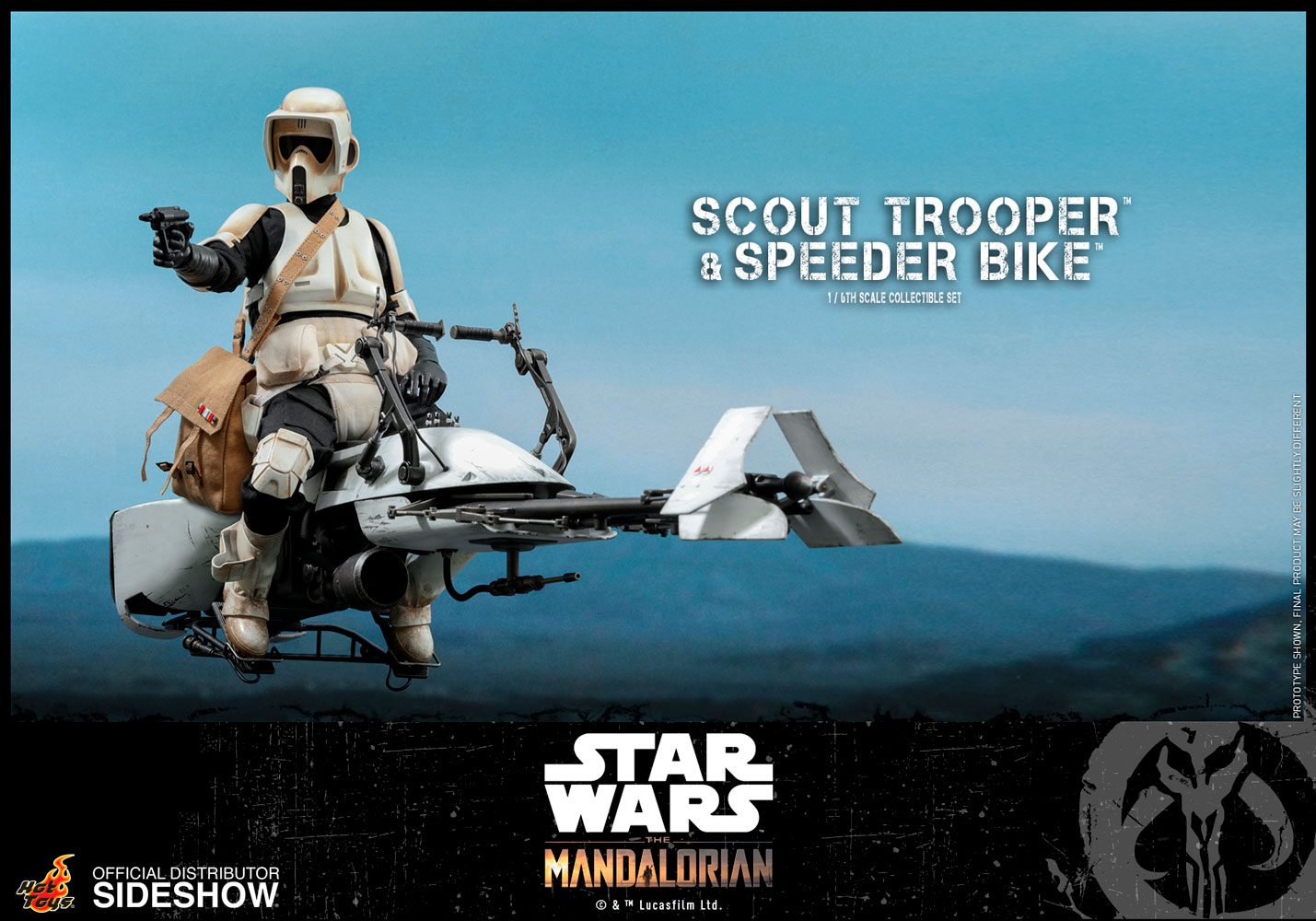 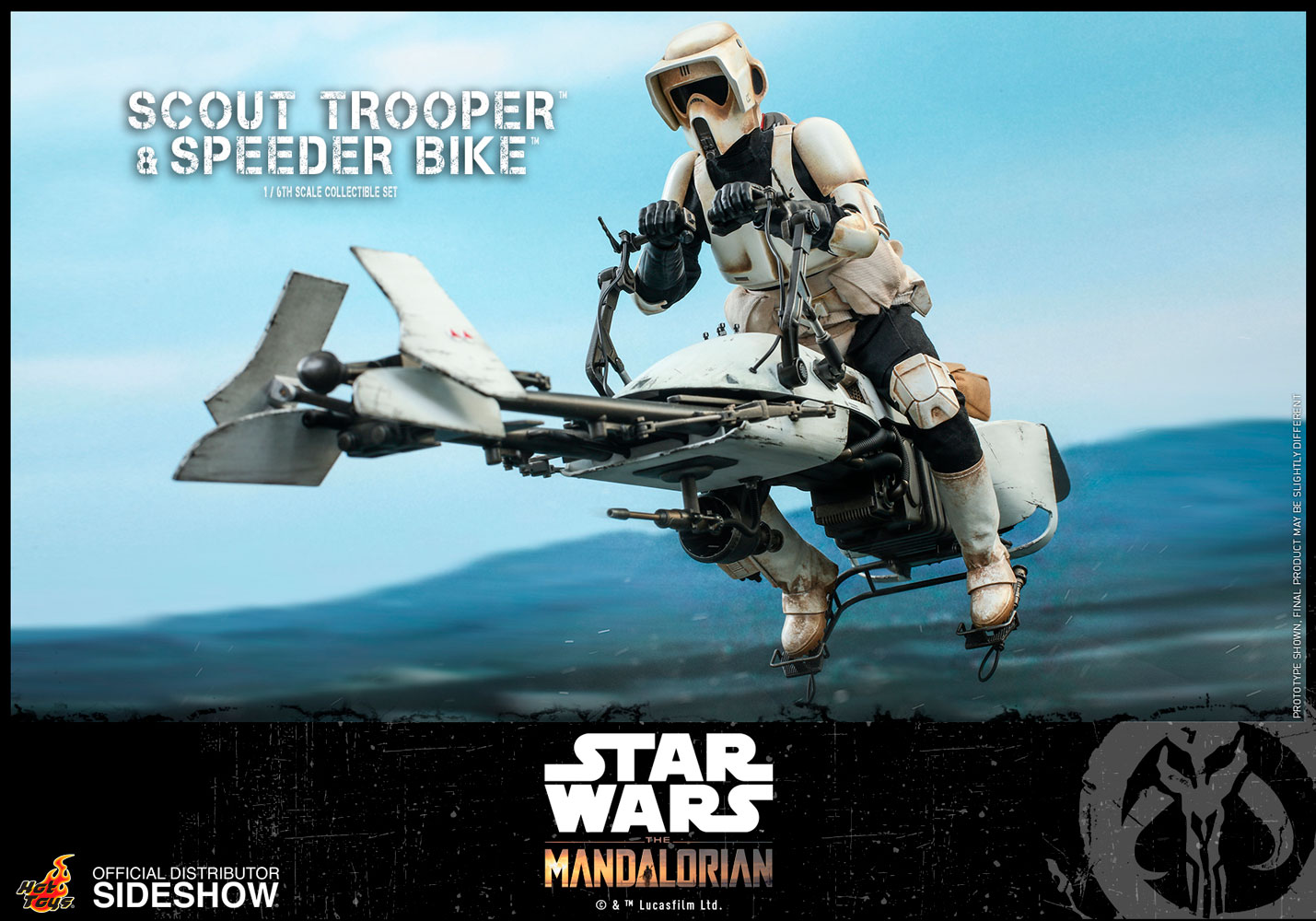 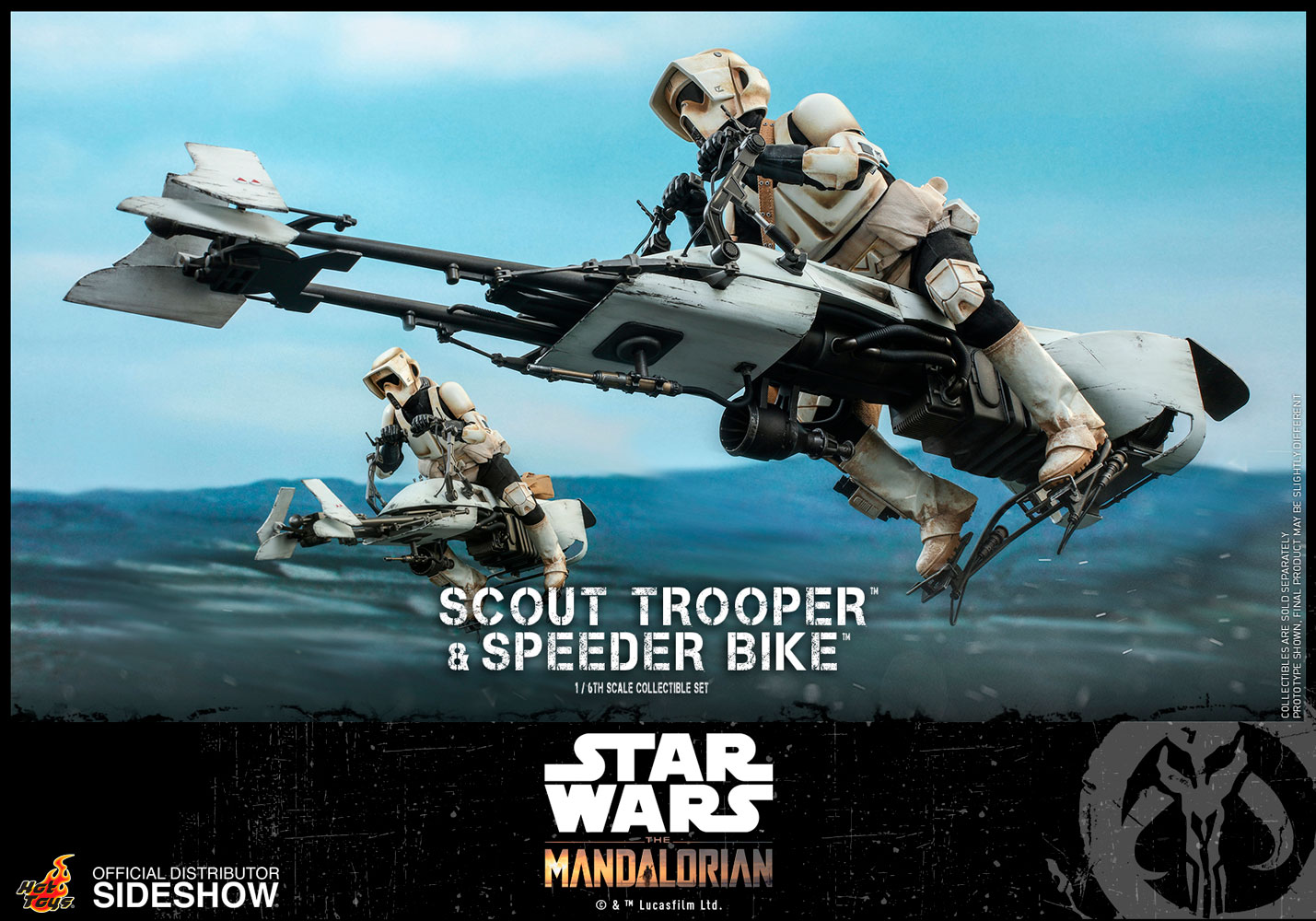 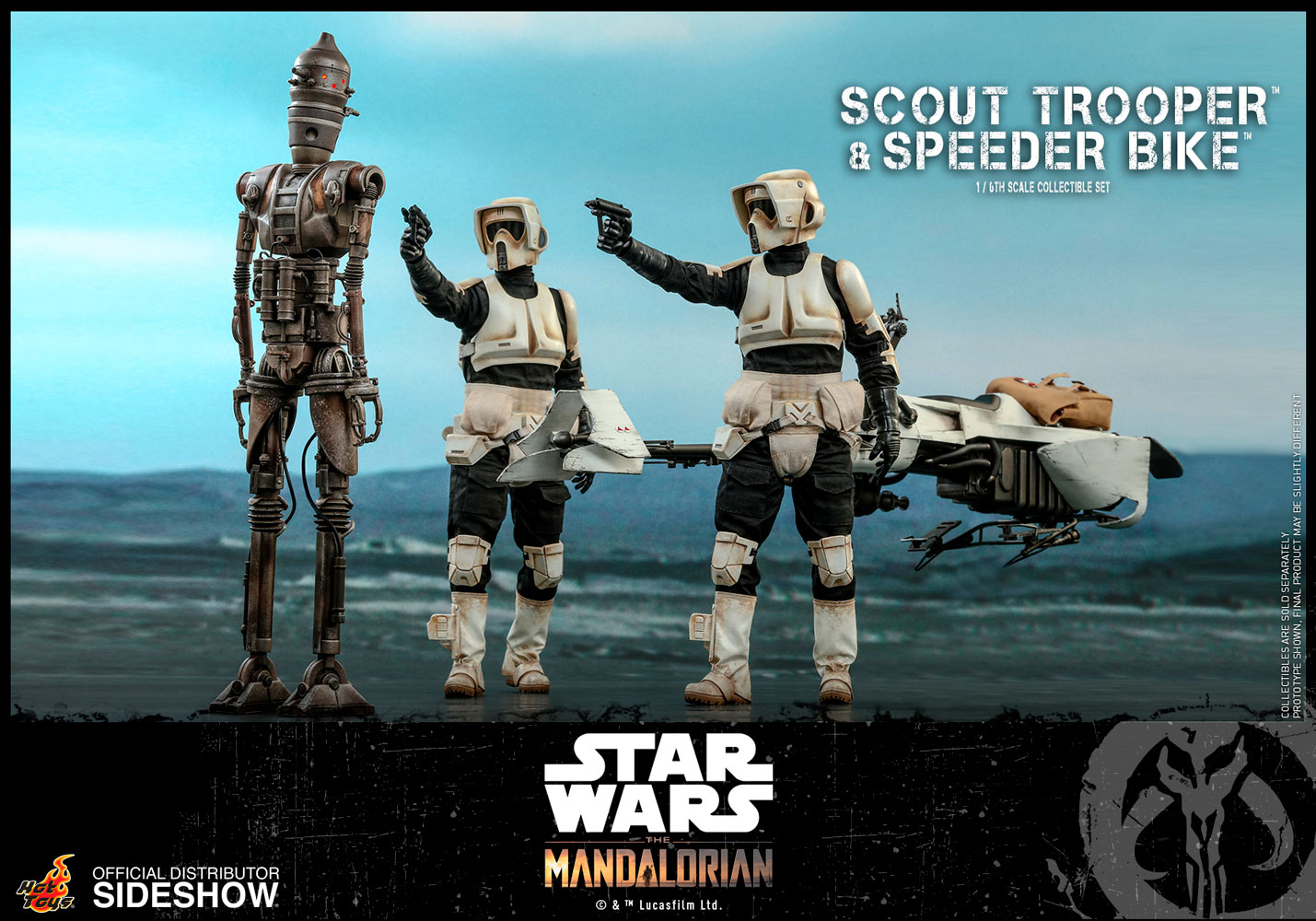 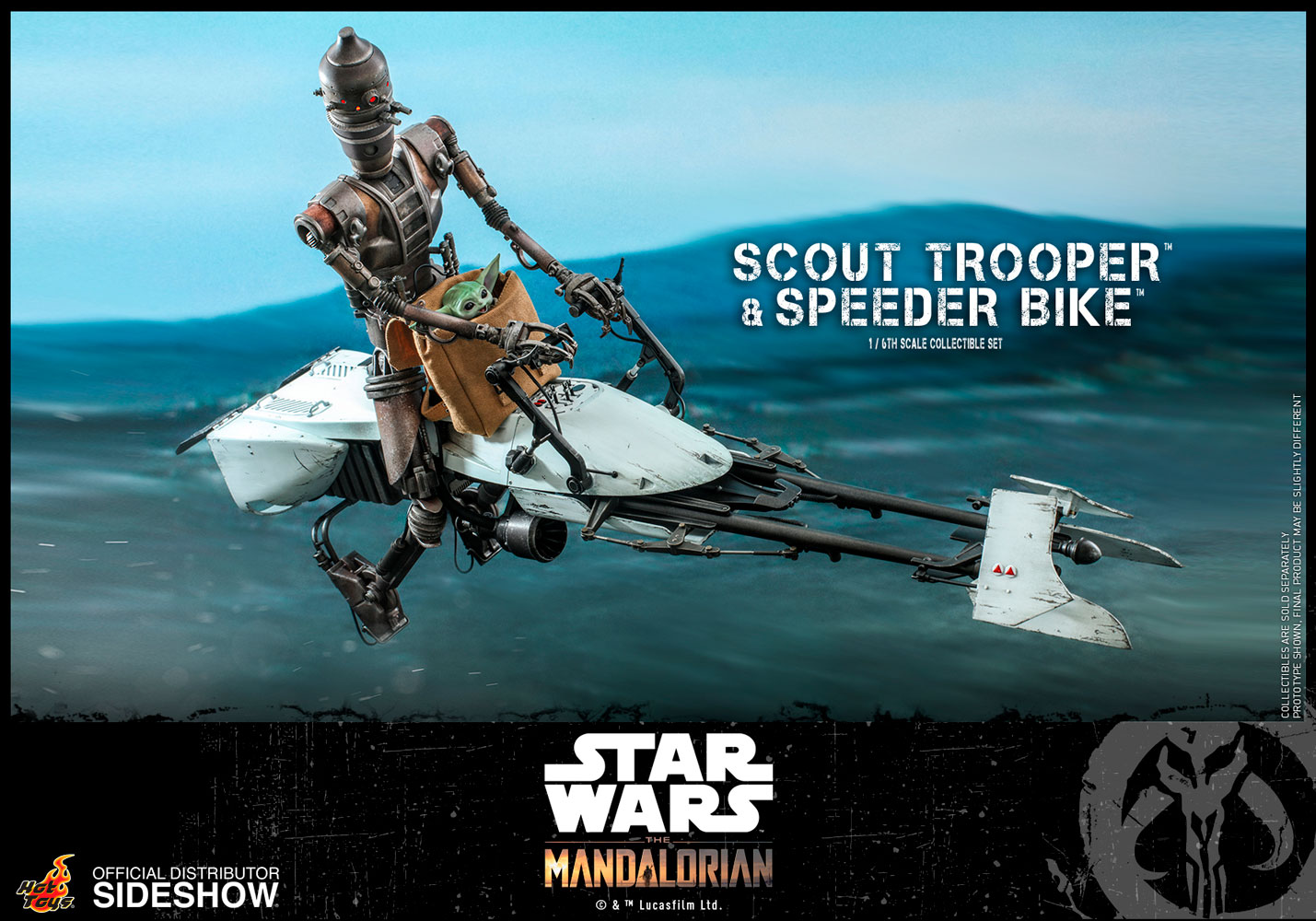 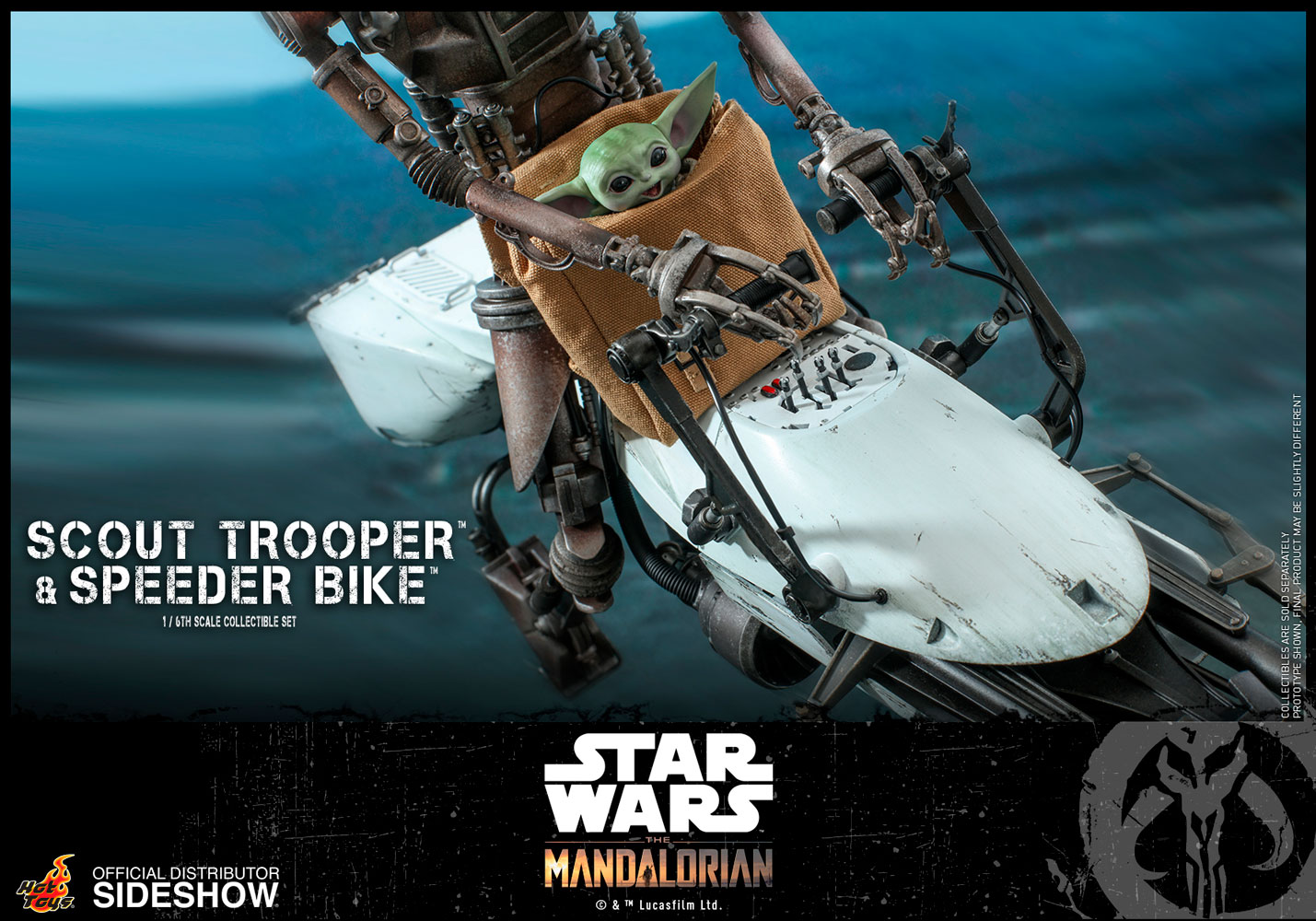 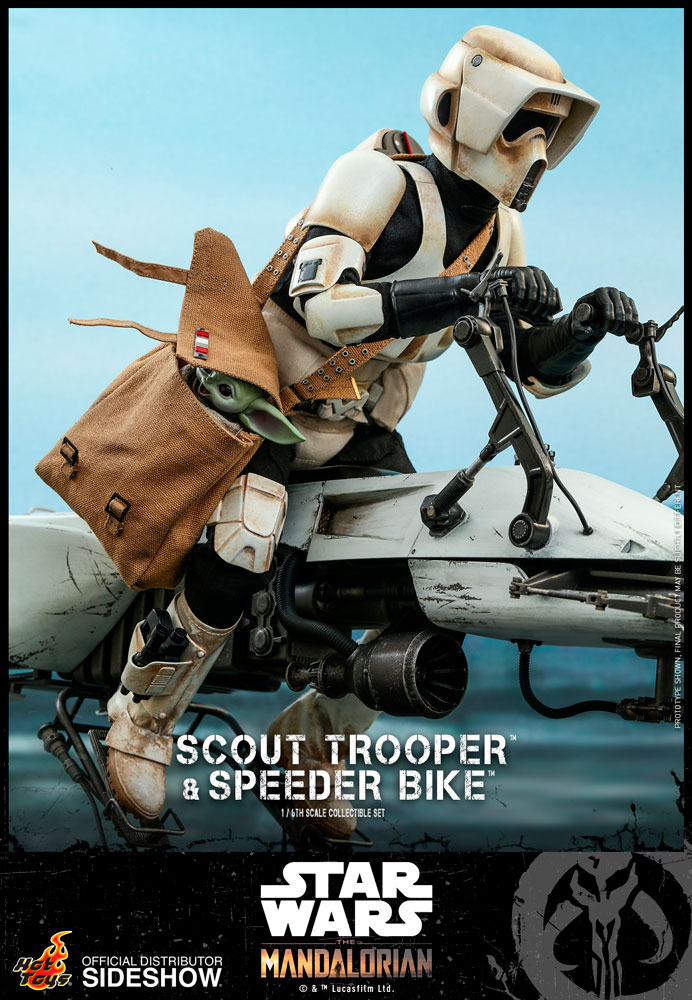 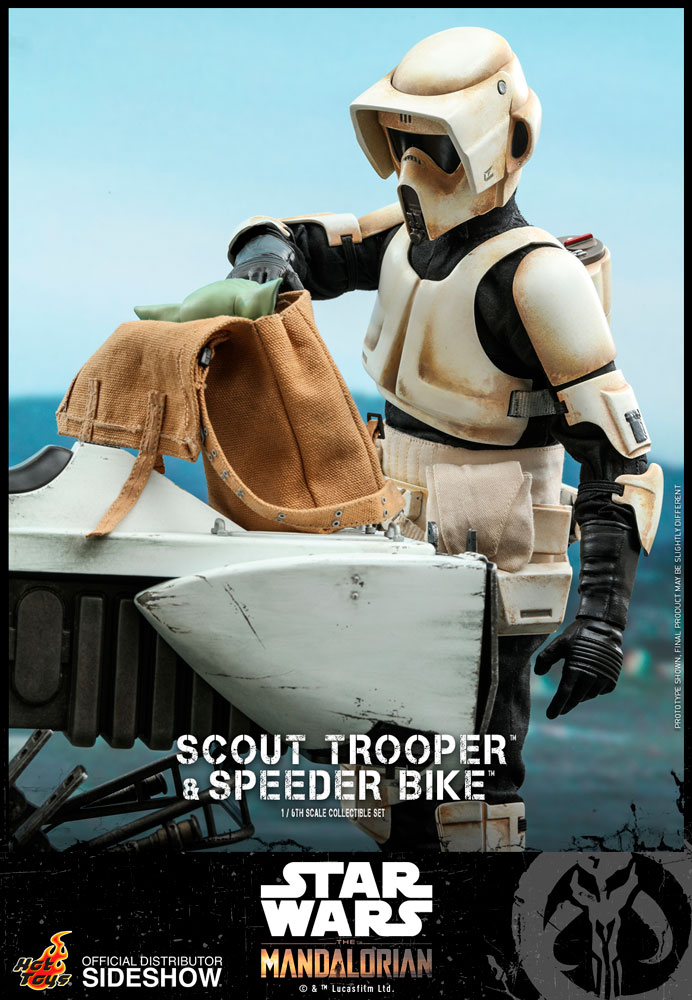 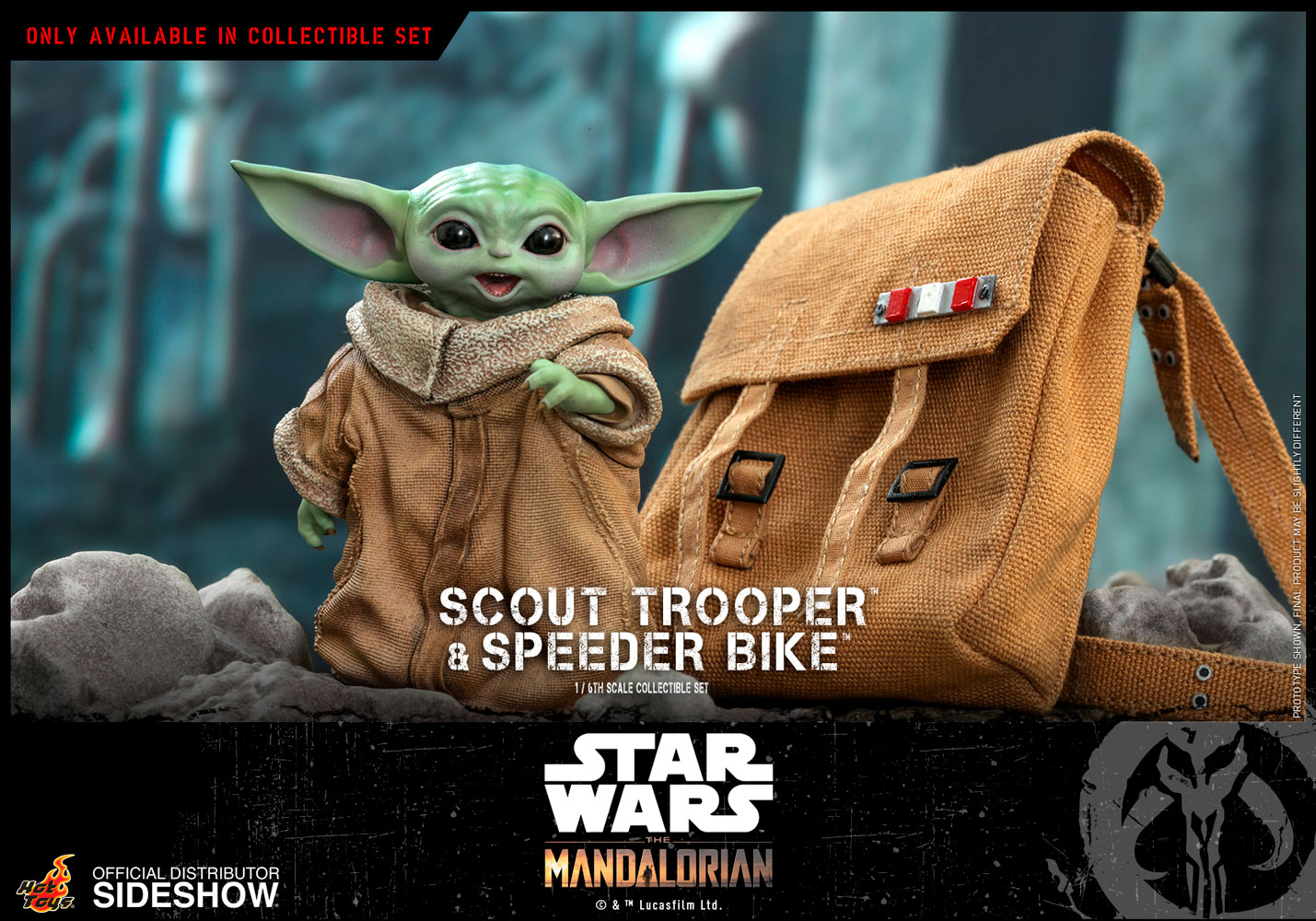 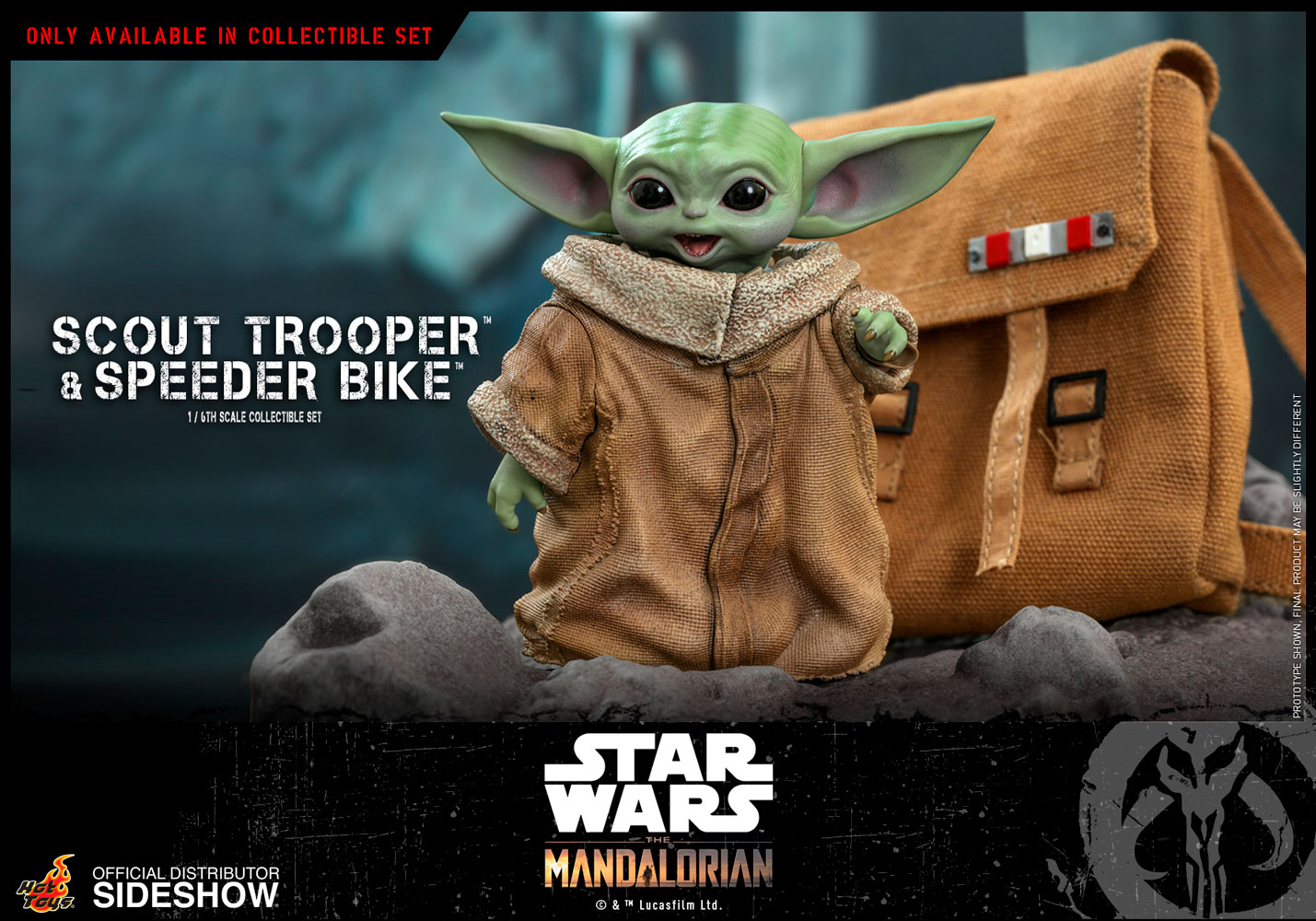 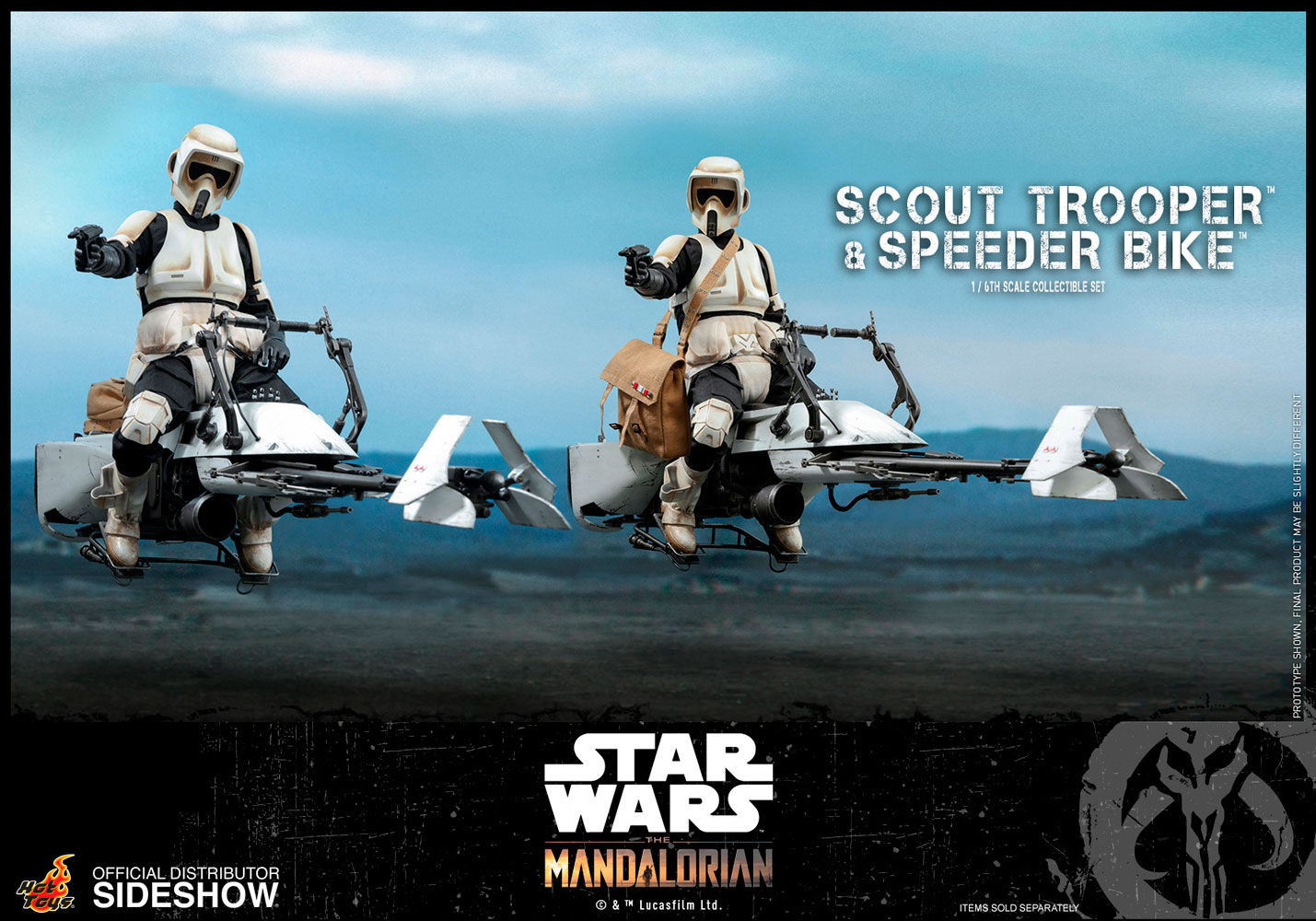 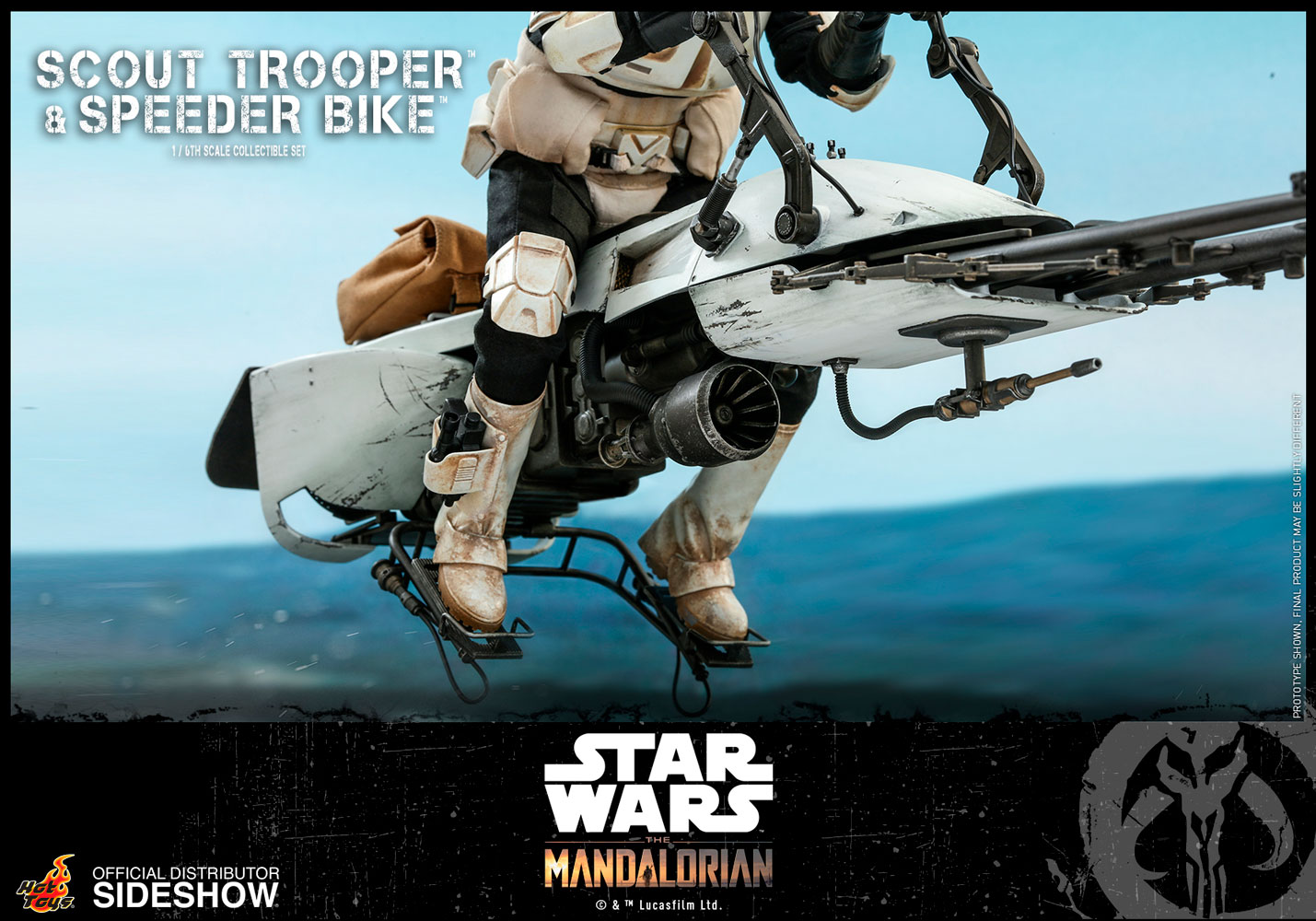 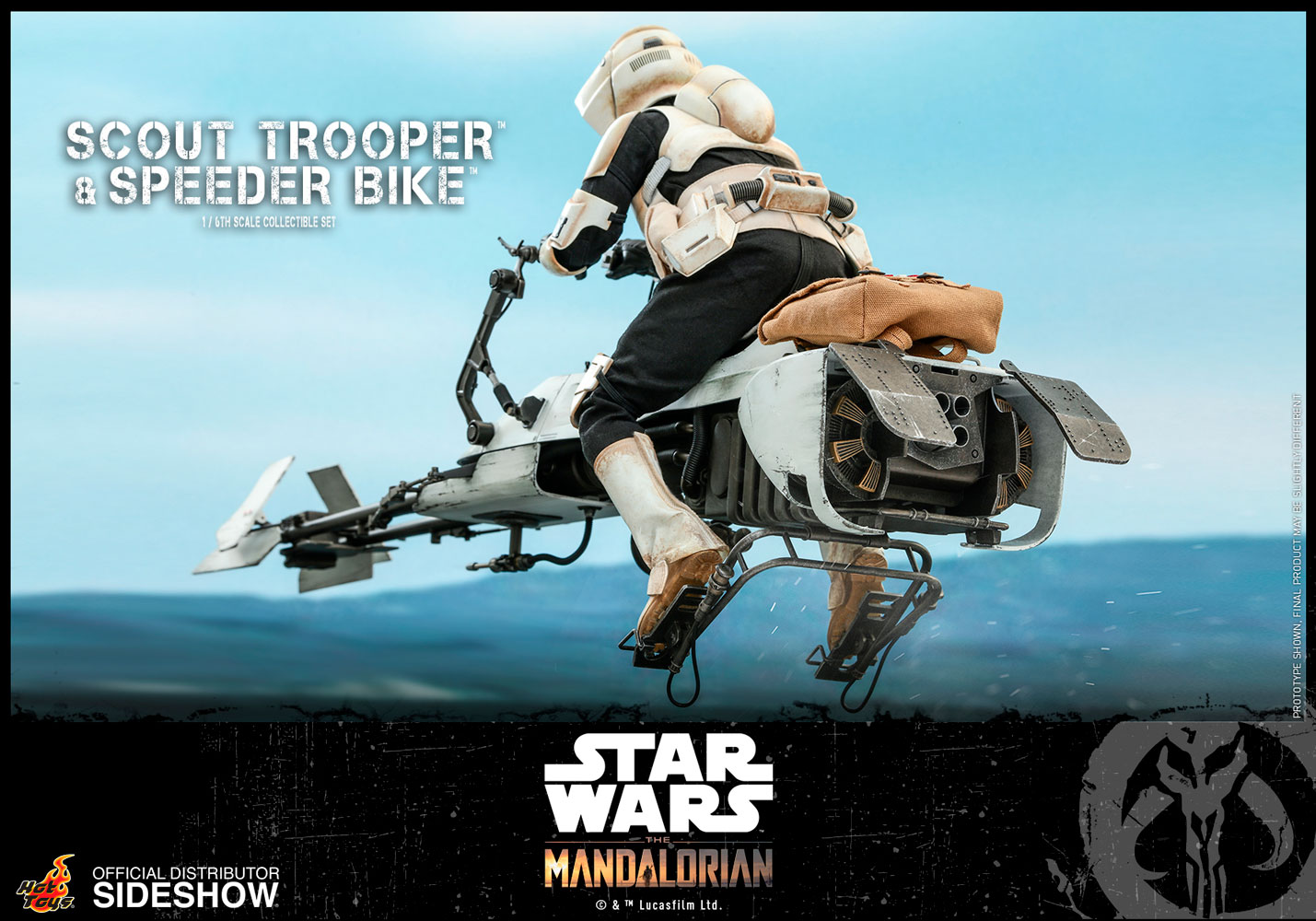 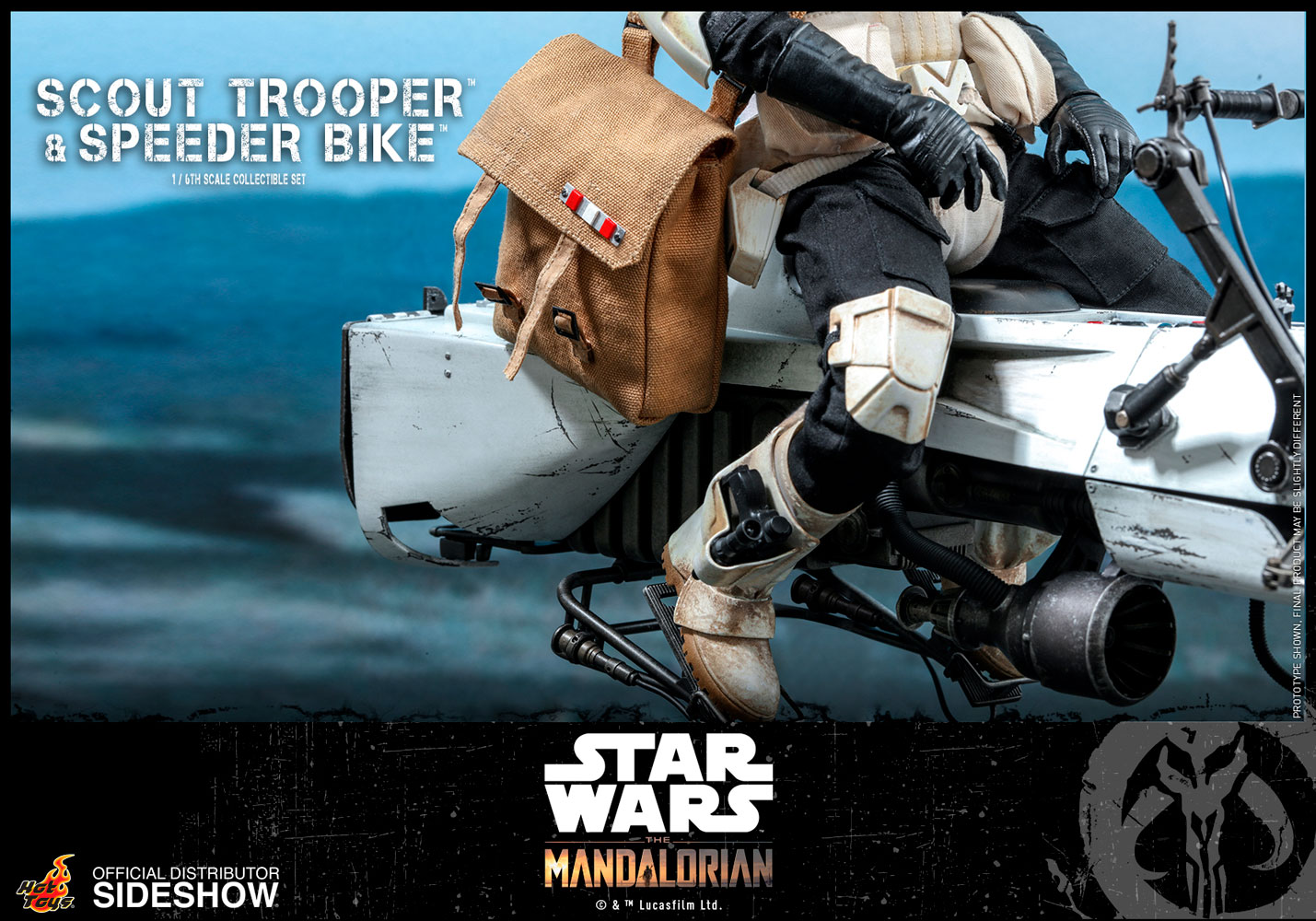 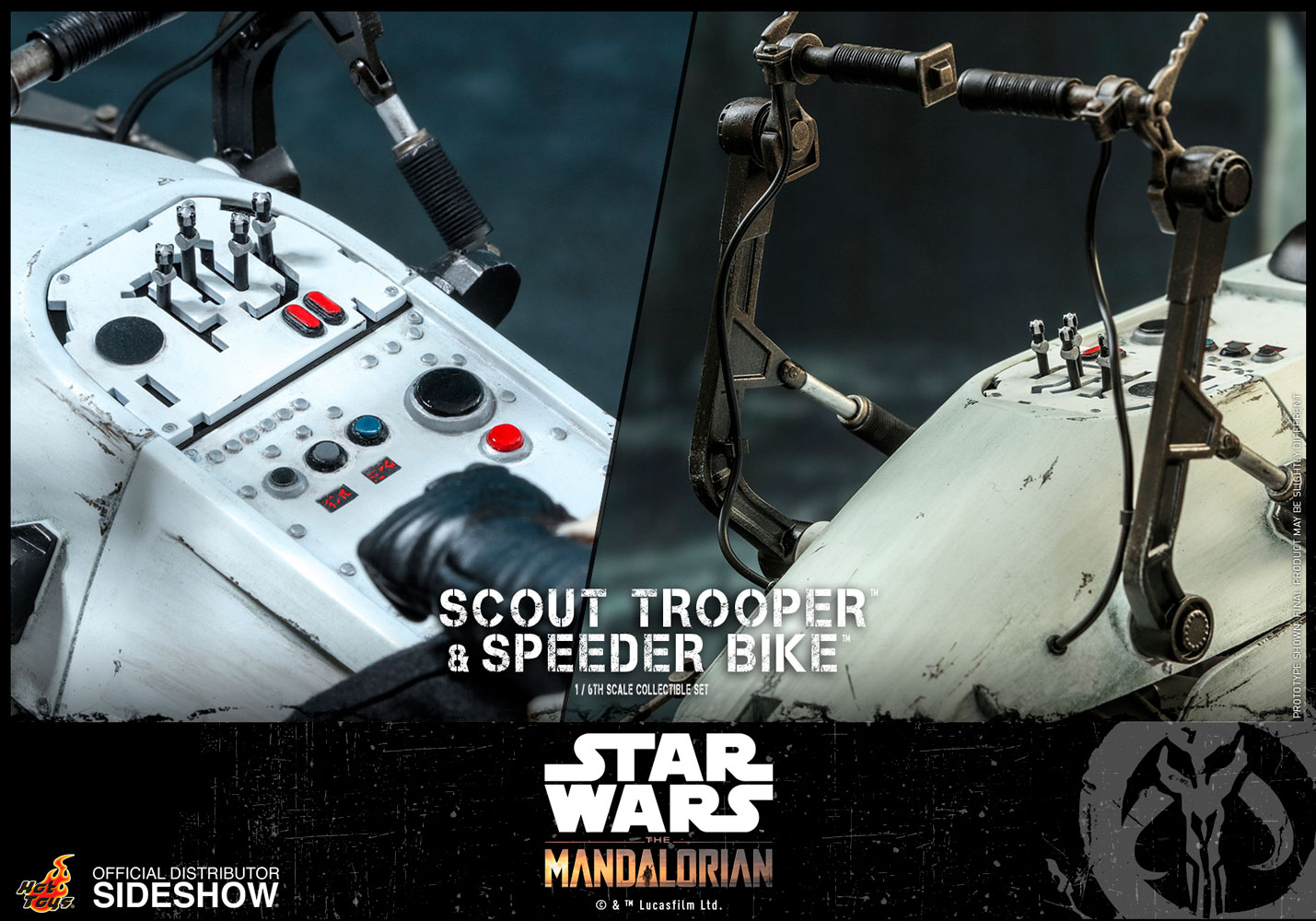 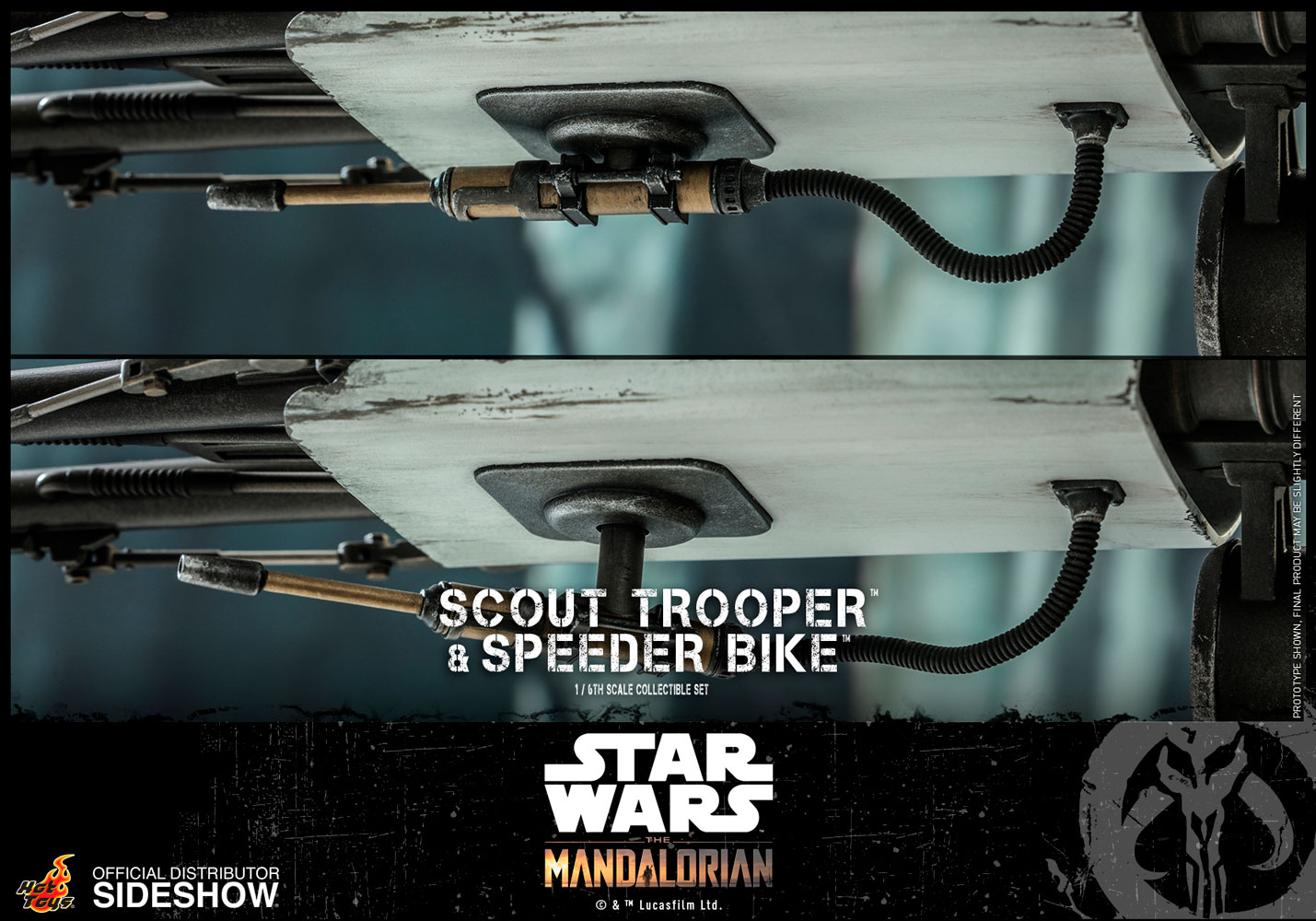 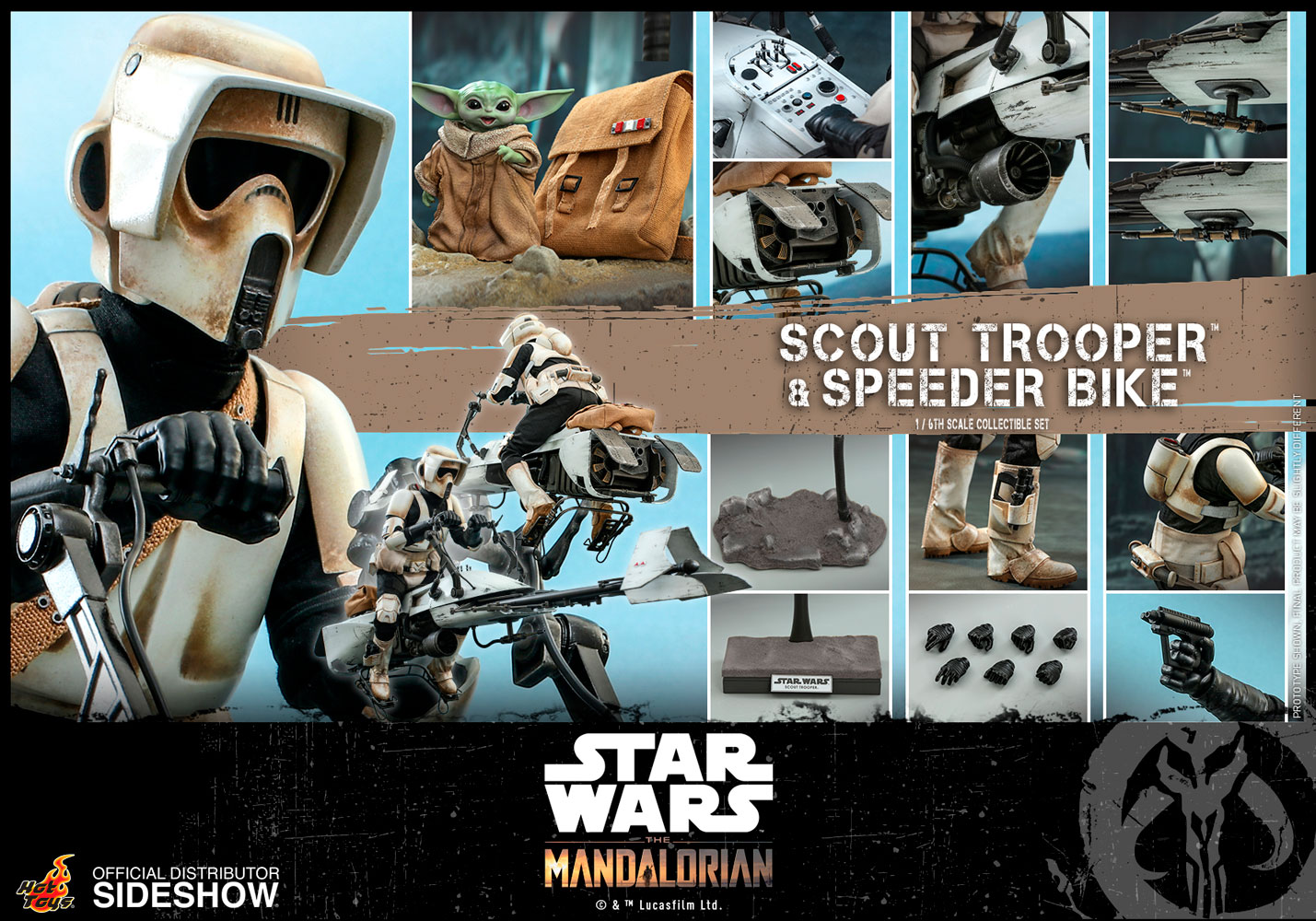 In the highly acclaimed Star Wars live-action series, The Mandalorian, Moff Gideon was in search of the young alien founding, under the protection of the Mandalorian, and dispatched Scout Troopers to acquire the asset. These specialized troopers are adept for a range of missions, including reconnaissance and infiltration. In the climax of the first season, fans witnessed memorable scenes featuring the Scout Troopers‘ interaction with the Child and thrilling Speeder Bike action!

Sideshow and Hot Toys are elated to expand the Star Wars collection and officially introduce the stunning sixth scale  Scout Trooper and Speeder Bike collectible set based on The Mandalorian!

The highly-accurate collectible figure is skillfully crafted based on the appearance of the Imperial Scout Trooper in The Mandalorian. Featuring greatly detailed helmet and armor with astonishing weathering effects, fabric bodysuit, a blaster rifle, and a desert-themed figure stand!

The sixth scale Speeder Bike is created with precision and meticulous craftsmanship. The sleek design of the speeder and its mechanical details throughout the body are beautifully recreated! Measuring at approximately 52.5 cm in length, it features realistic weathering effects, articulated grip, foot pedals, steering vane, engine flaps and cannon, and a desert-themed figure stand.

Moreover, this collectible set will specially include a sixth scale figure of the widely popular little alien the Child with newly sculpted expression and a shoulder bag for the Speeder Bike pilot to carry any special asset!

This Scout Trooper and Speeder Bike collectible set will provide a large variety of amazing display options for all Star Wars fans!