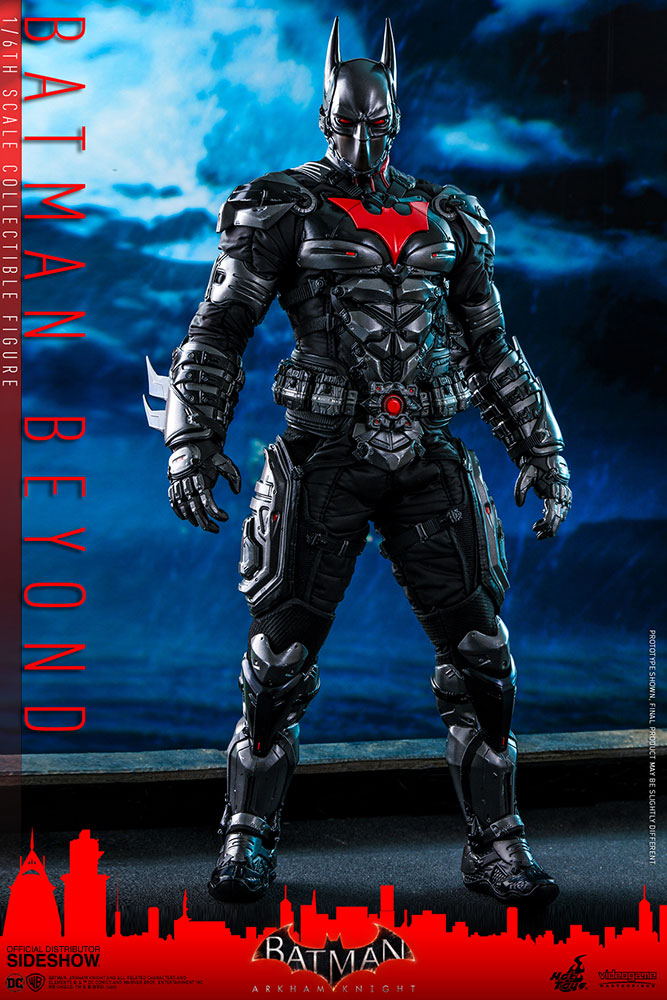 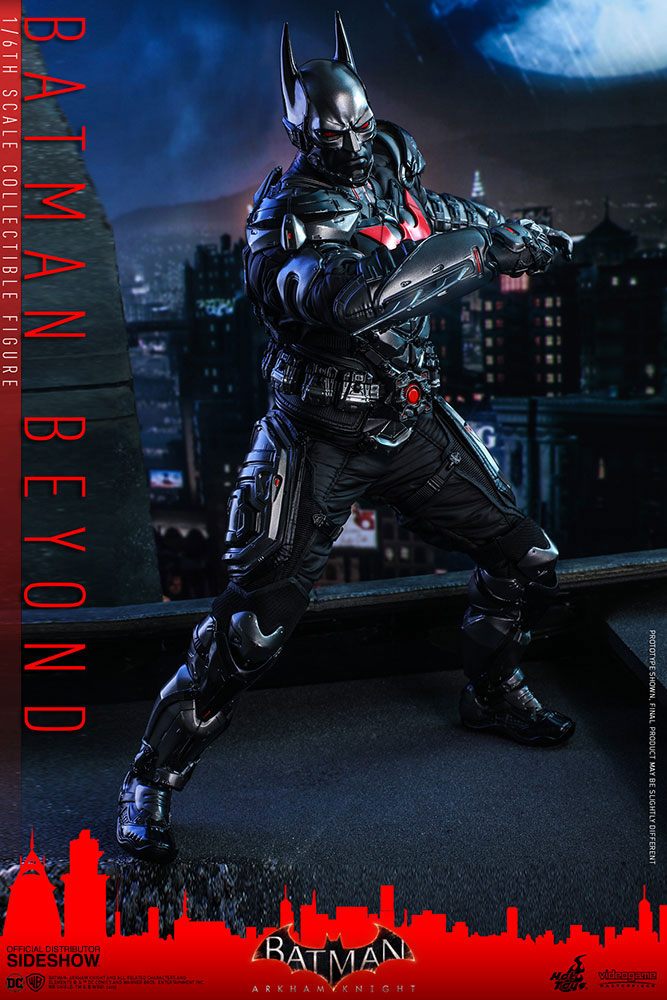 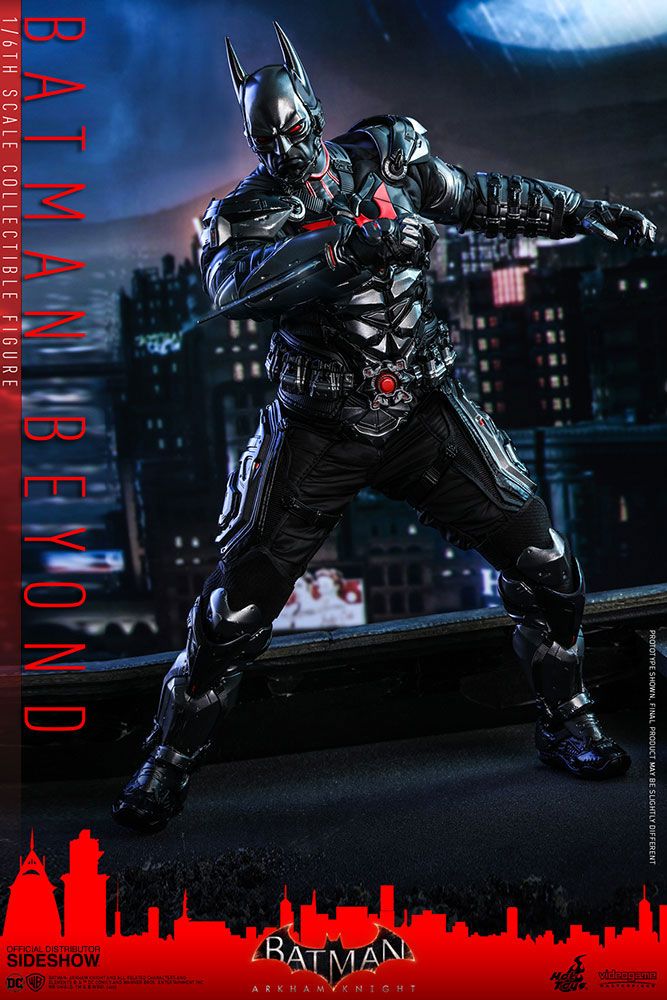 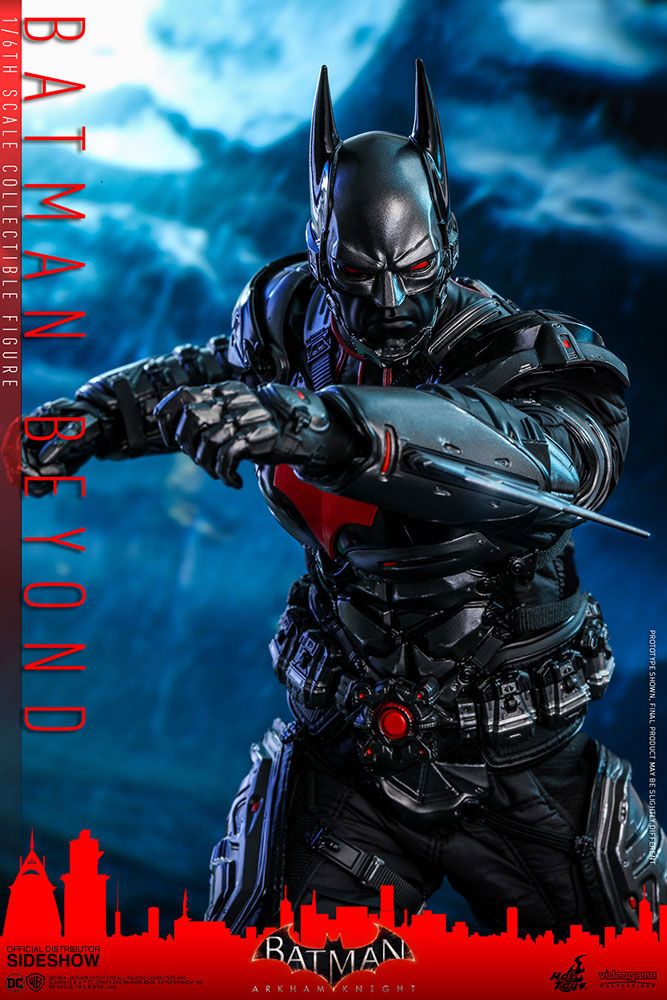 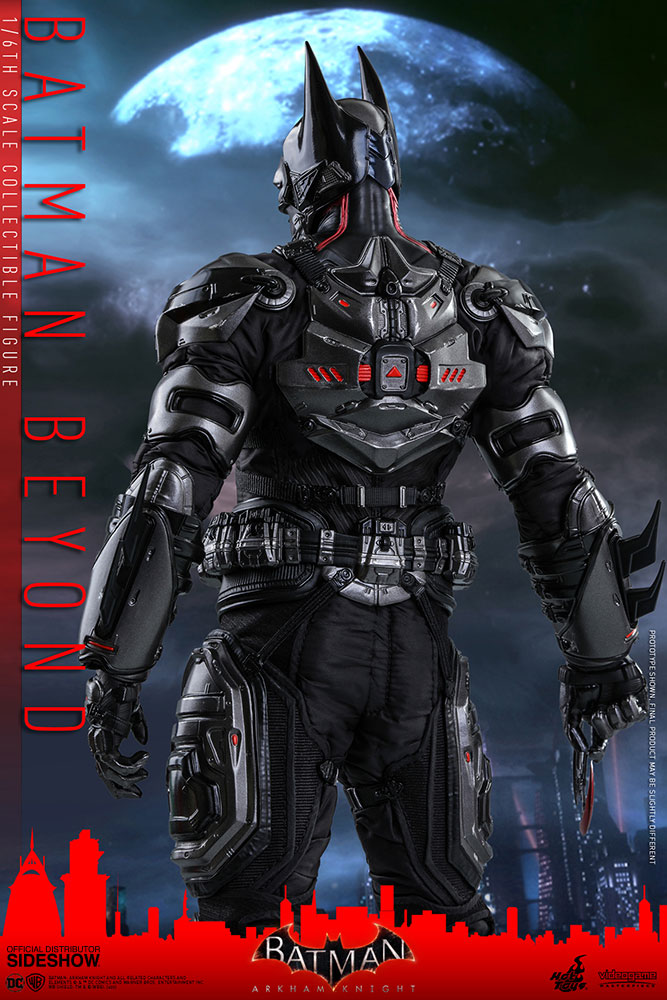 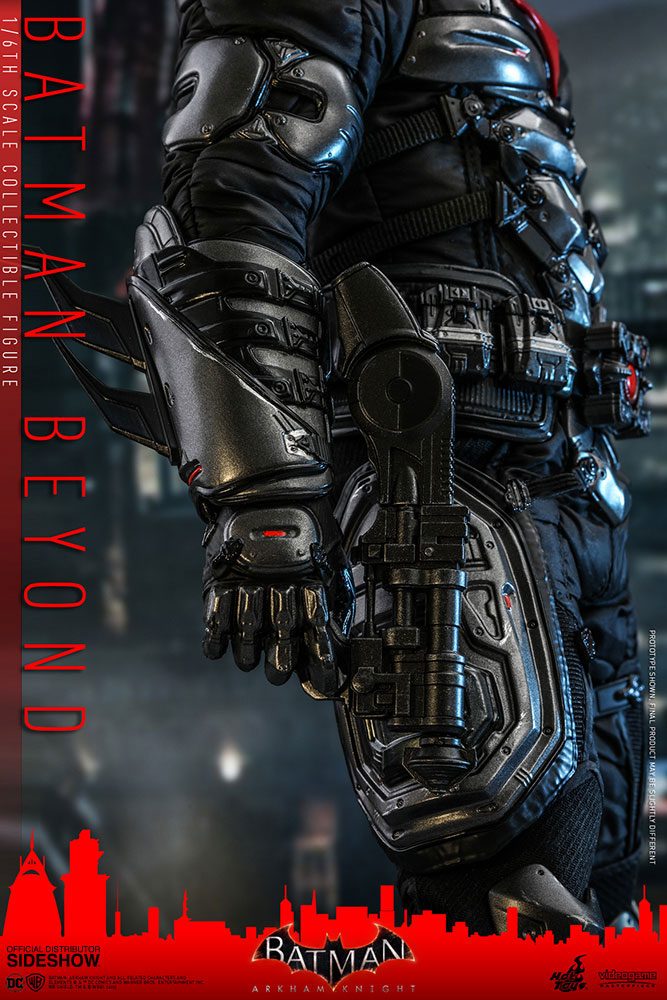 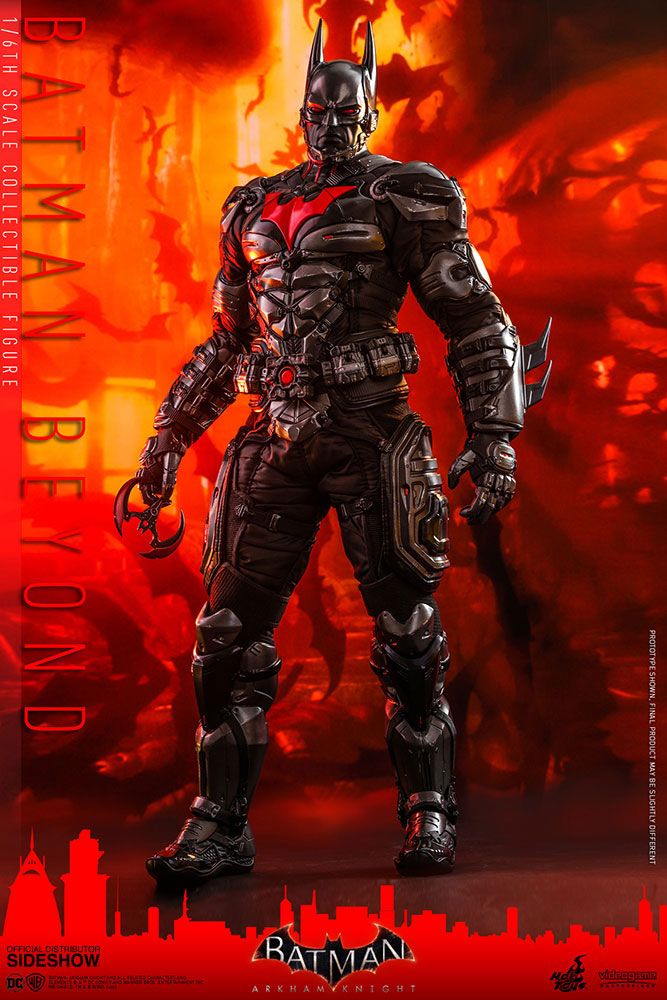 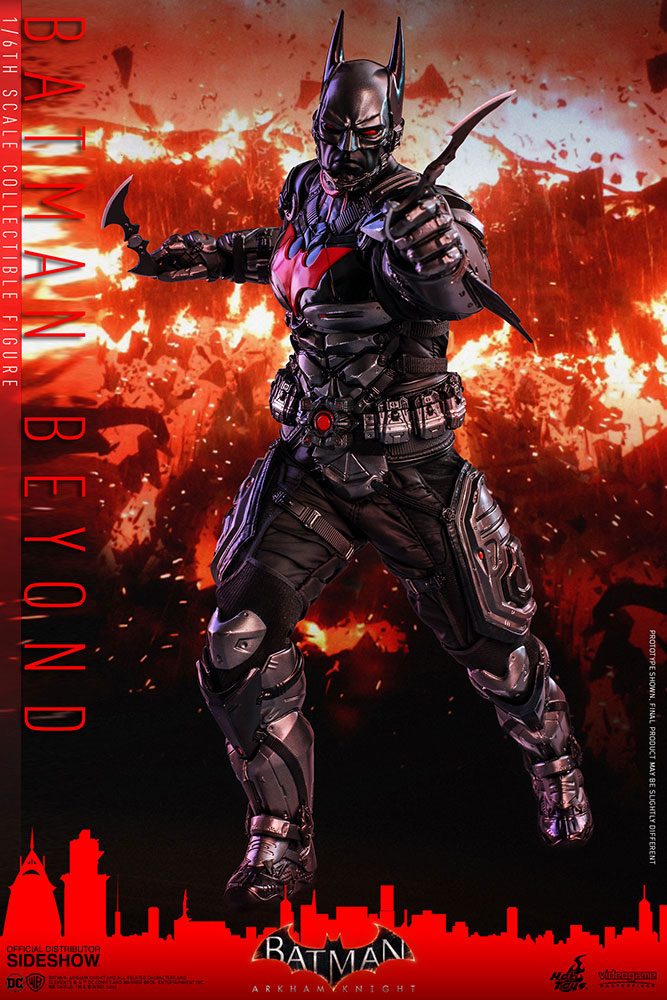 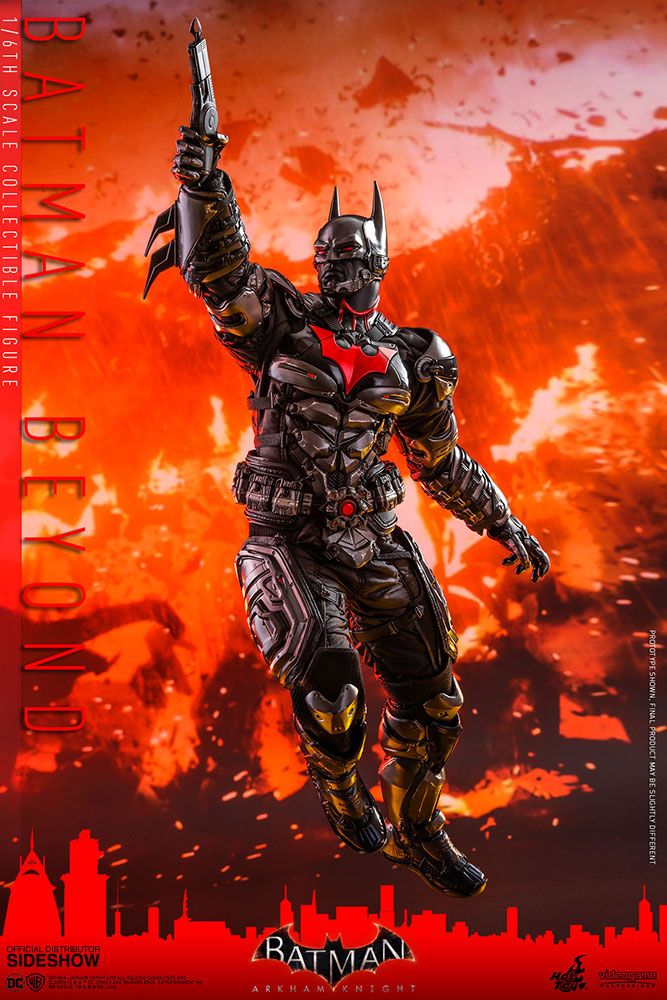 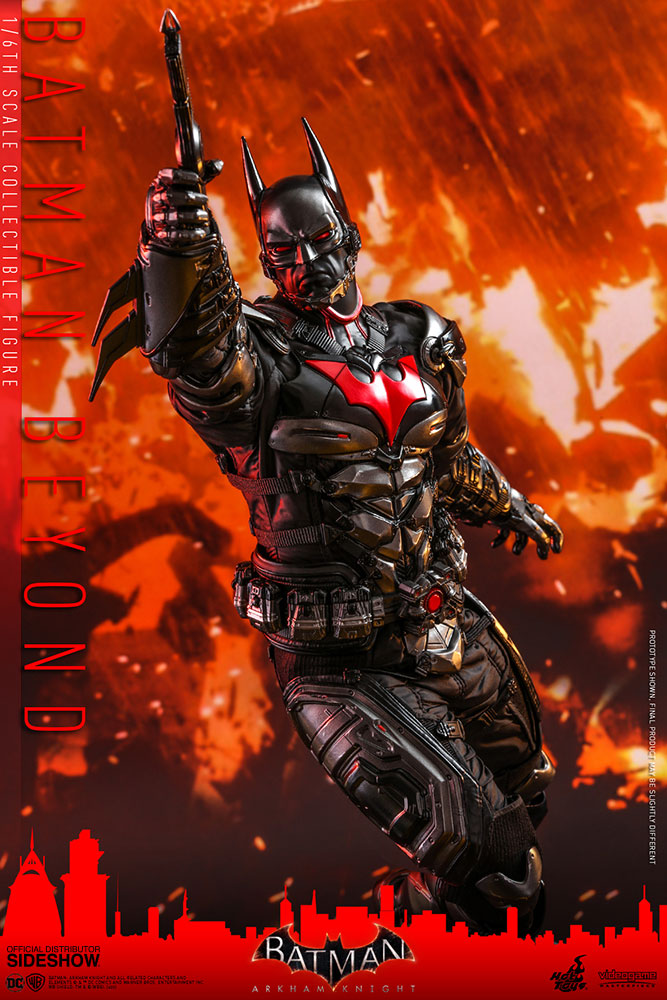 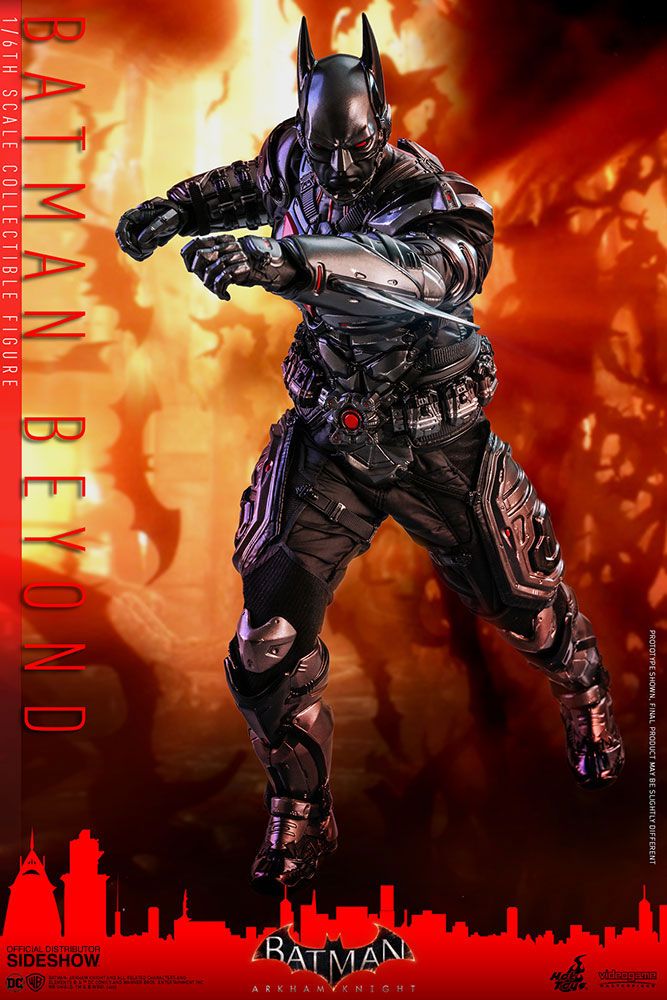 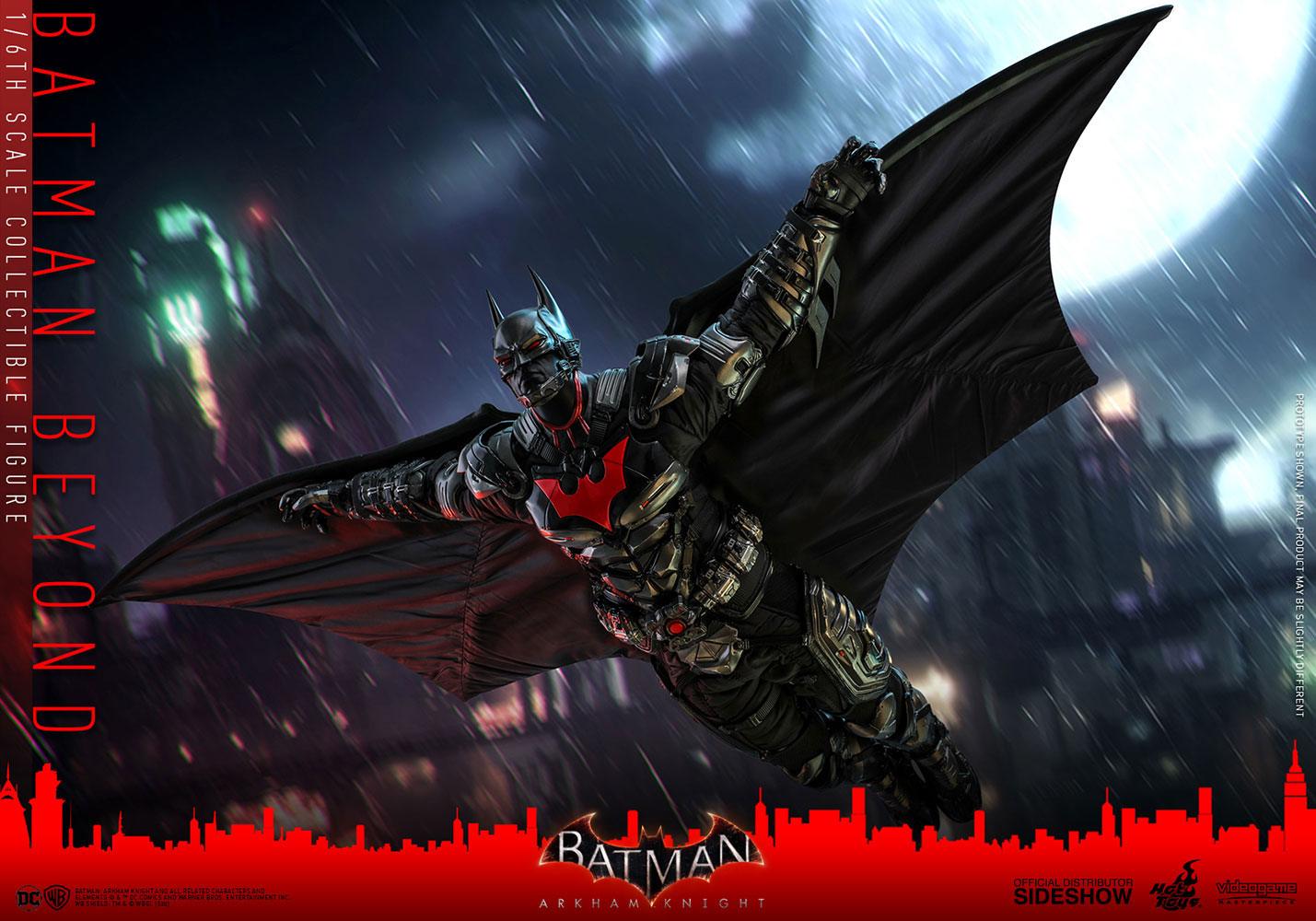 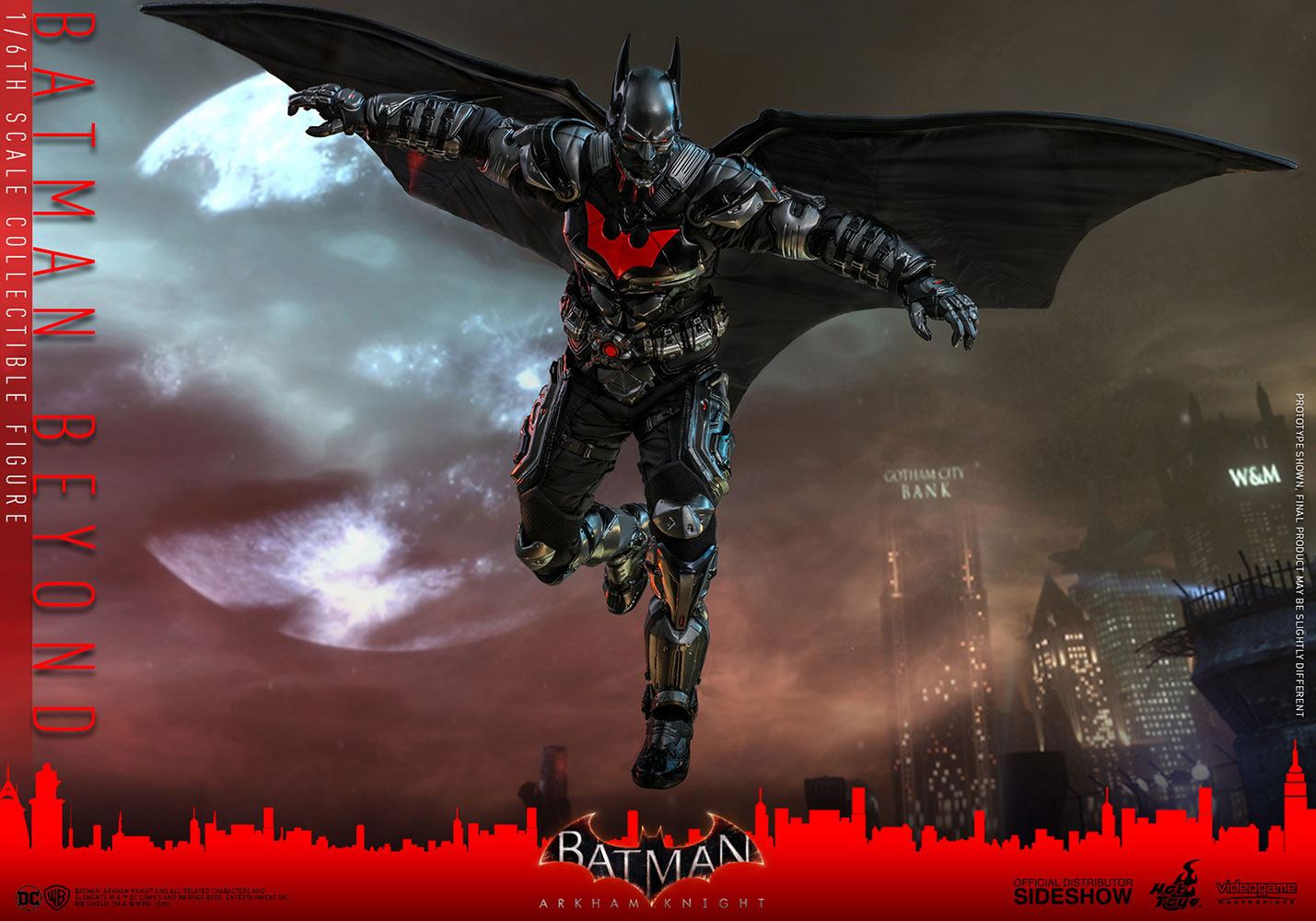 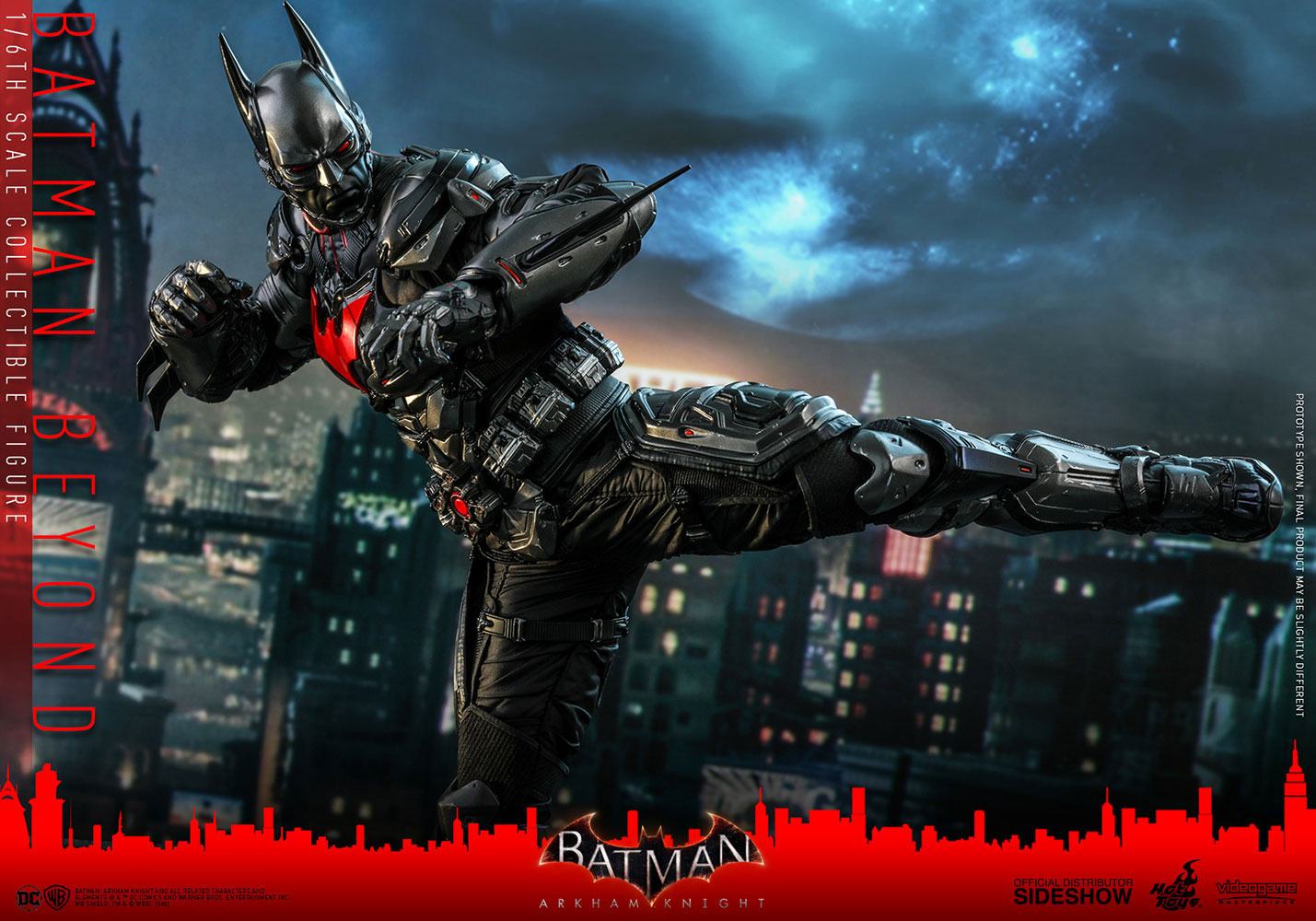 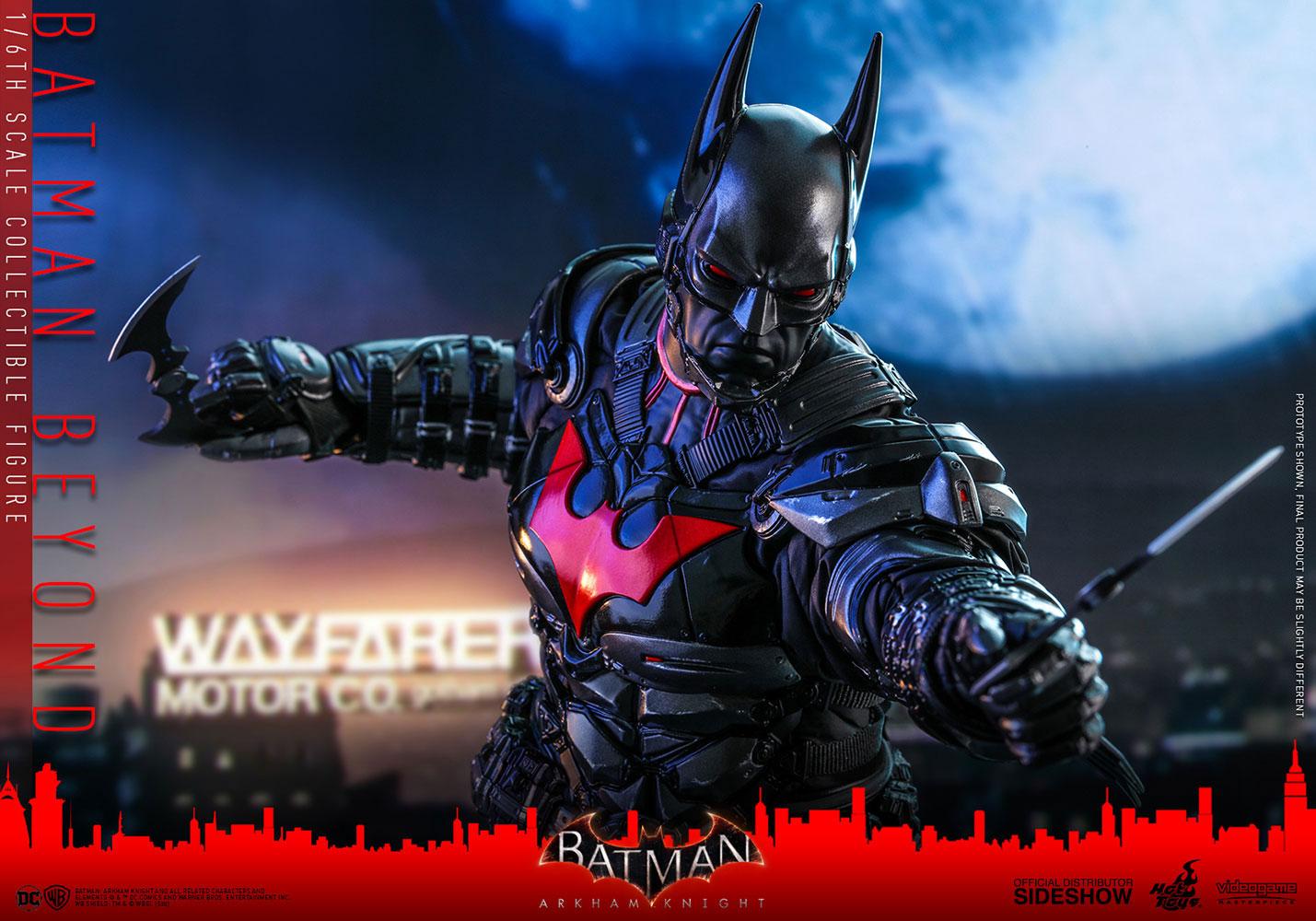 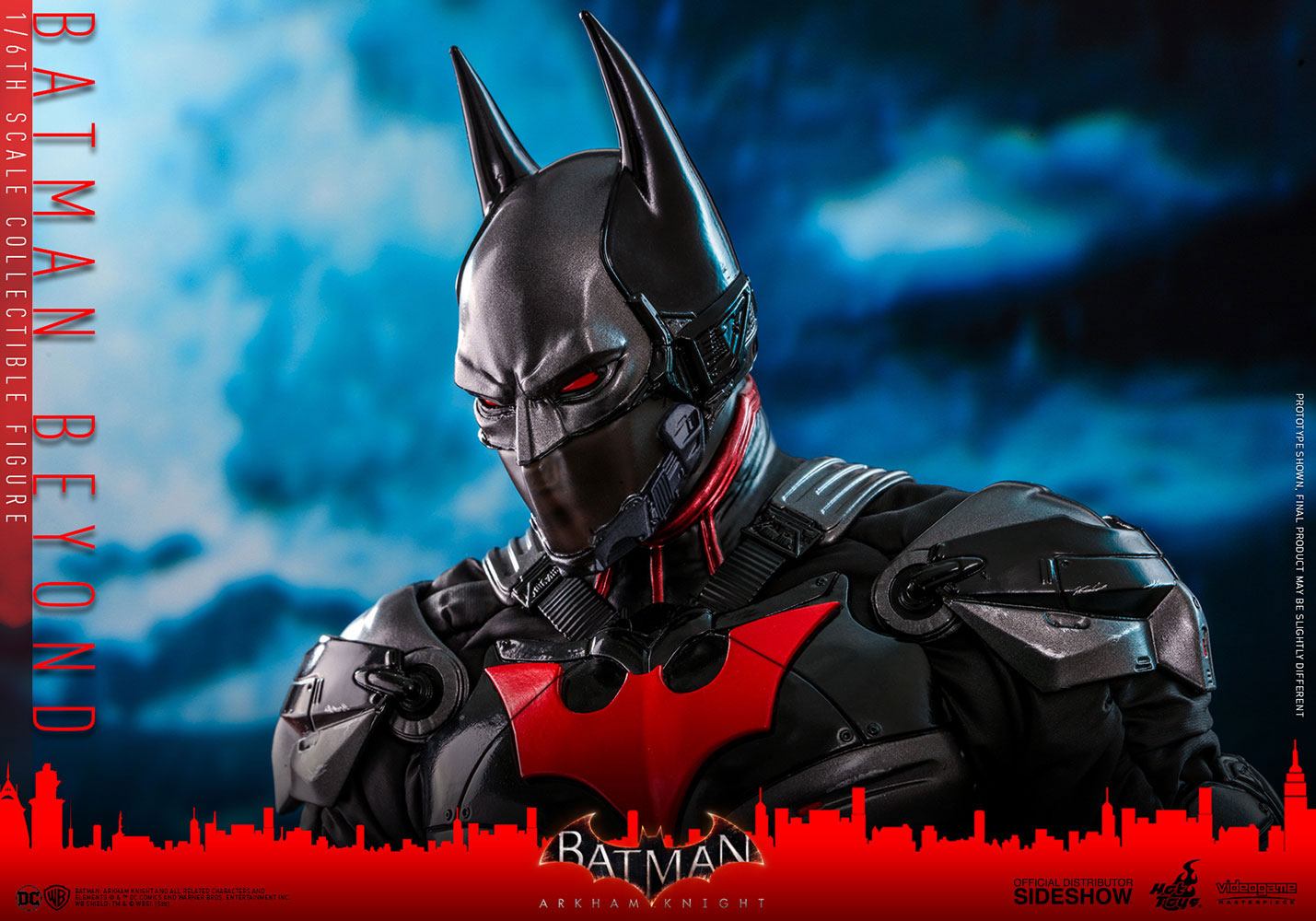 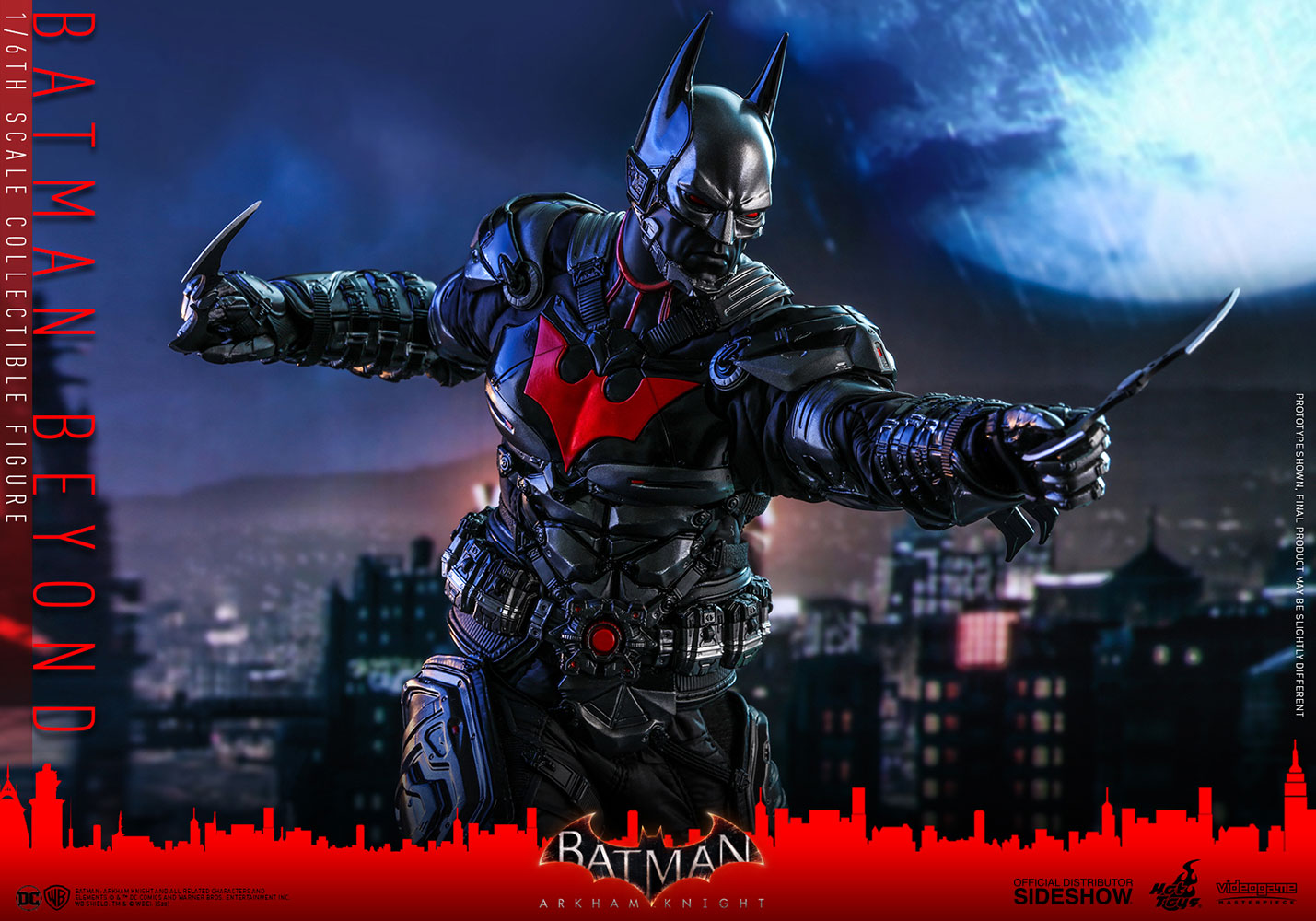 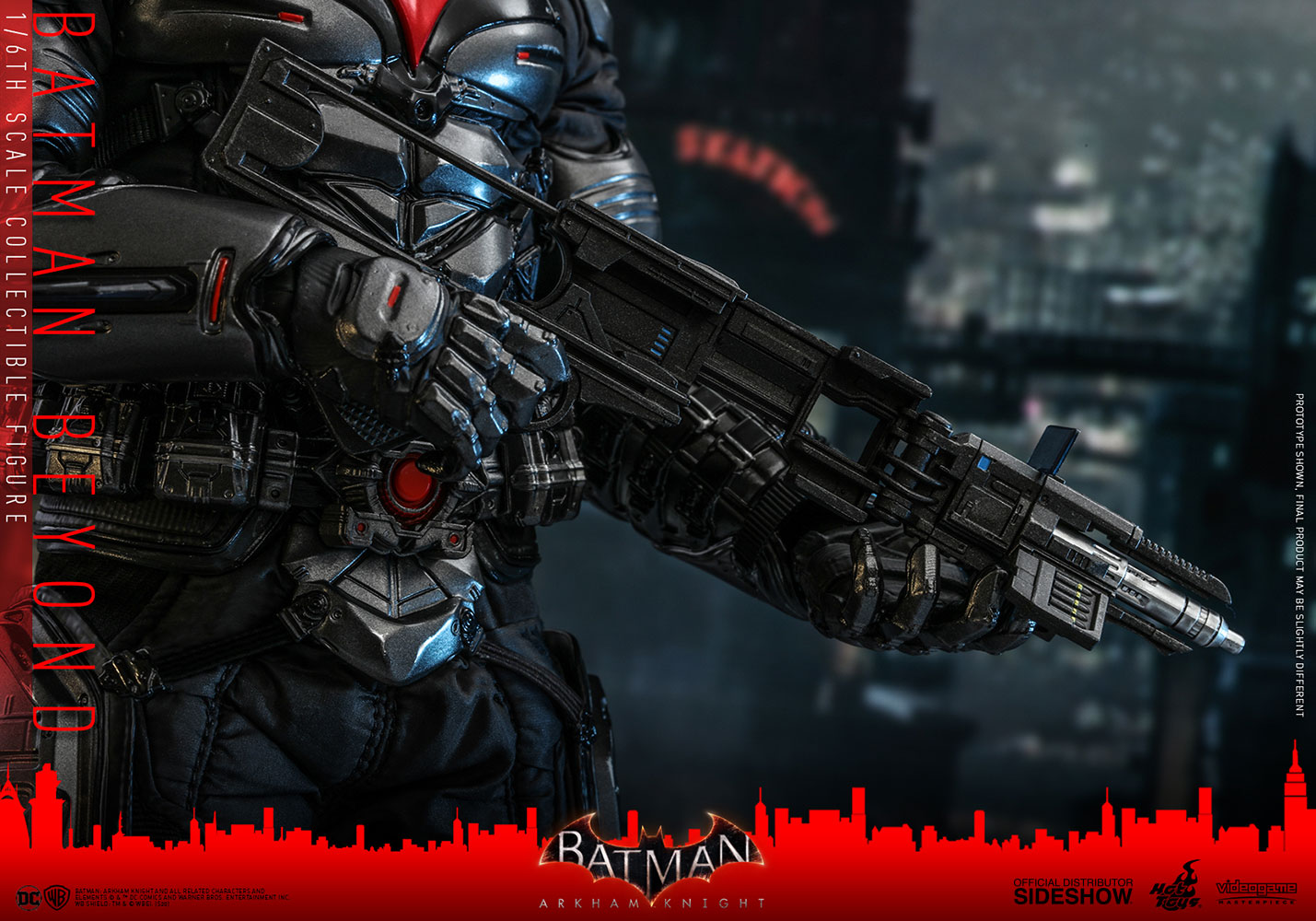 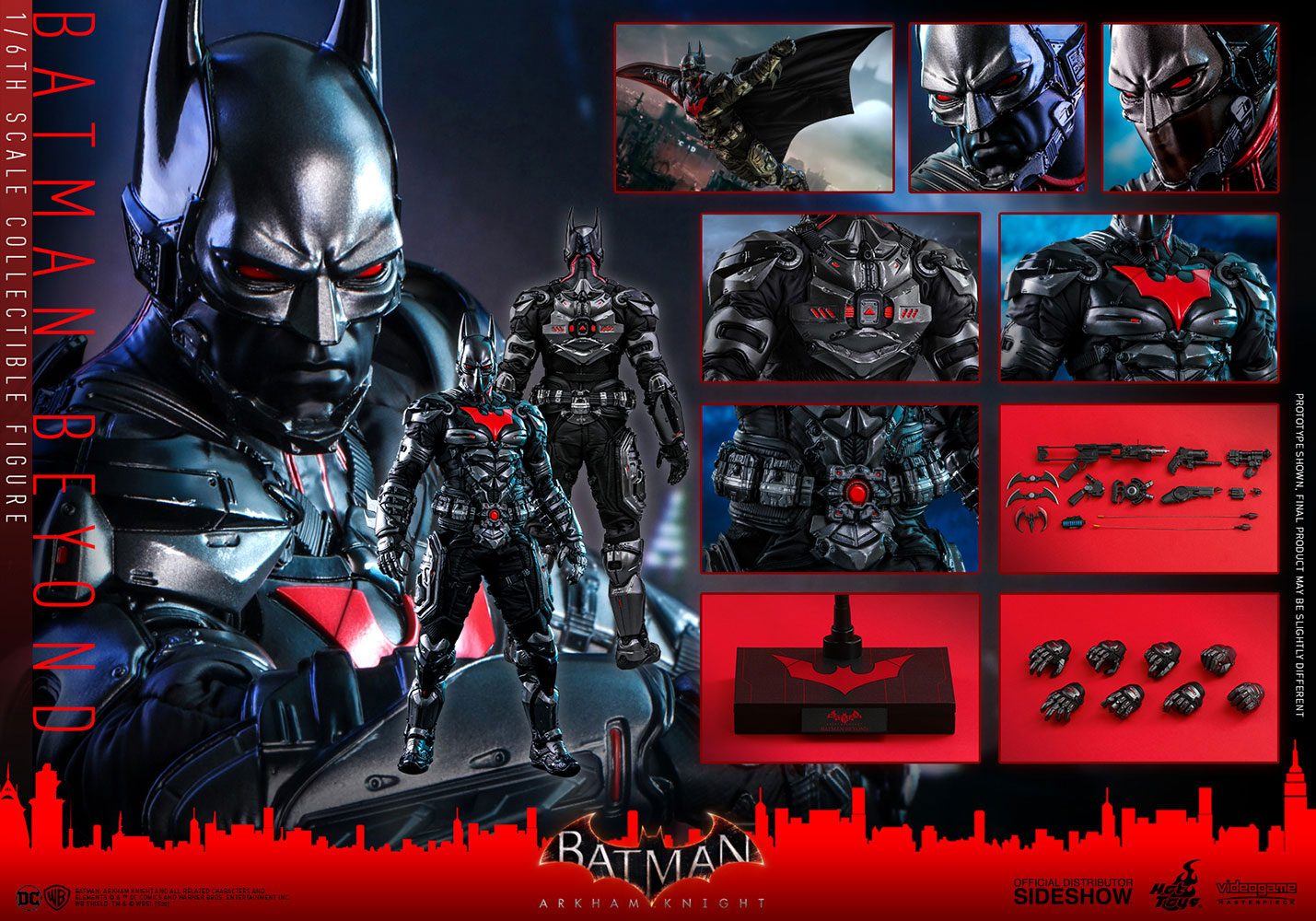 In the popular animation series Batman: Beyond, Terry McGinnis becomes the Caped Crusader in a futuristic Gotham City as Bruce Wayne has retired from crimefighting. Under Bruce’s guidance and training, the technologically-inclined Batsuit provides Terry the strength and skills needed to handle the challenge he faces as the Batman of the future!

Sideshow and Hot Toys are thrilled to unveil the latest sixth scale collectible figure of the stylish Batman Beyond suit based on the critically acclaimed Batman: Arkham Knight video game which has taken inspiration from the great animation series.

The figure is masterfully crafted based on the Batman Beyond suit from the Batman: Arkham Knight video game, featuring a newly painted masked head sculpt with two interchangeable lower faces, a cutting-edge Batsuit appearance in metallic grey with battle damage and a bright red bat symbol on chest, a finely tailored black batcape to create dynamic flying poses, an array of detailed Batman’s signature gadgets including a Batman Beyond style Batarang, grapnel, disruptor, REC gun, freeze grenade and many more!

Become the Batman of the future by adding this incredible sixth scale collectible to your Batman: Arkham Knight collection!