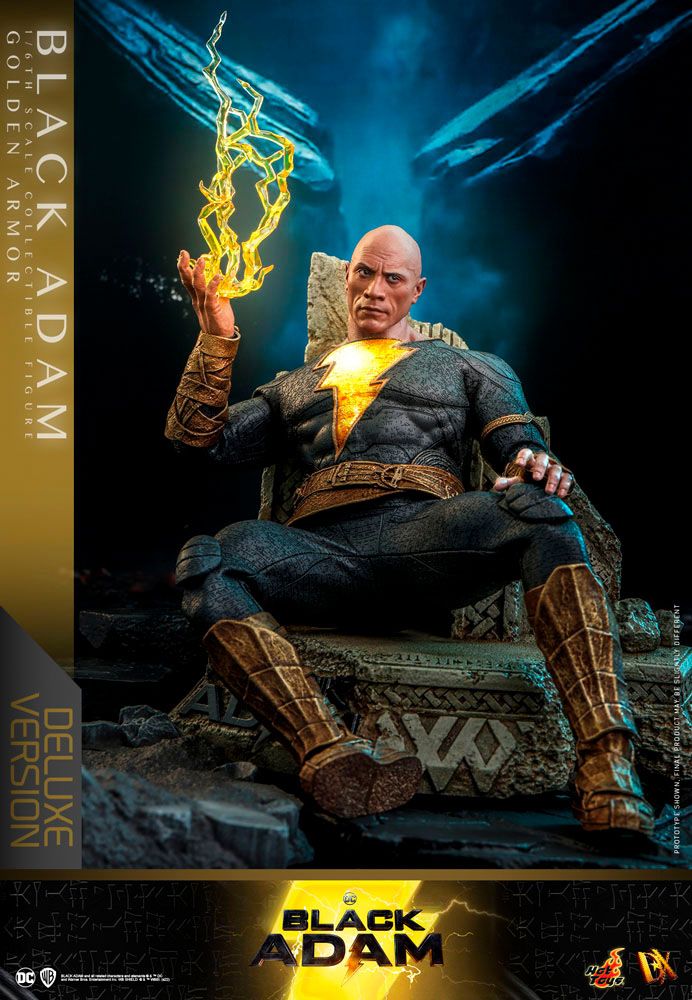 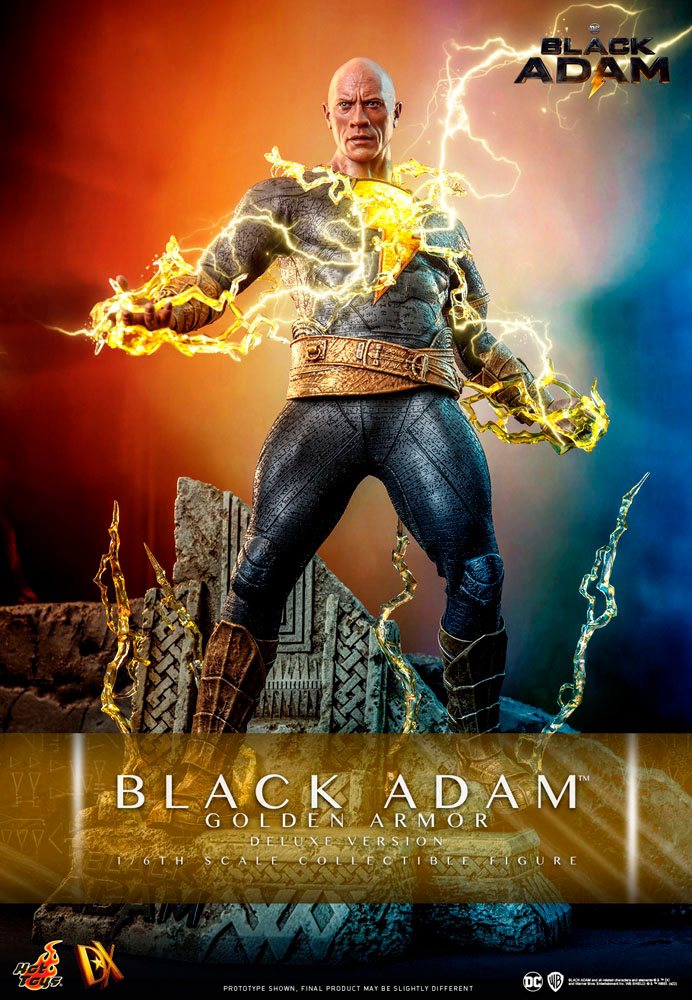 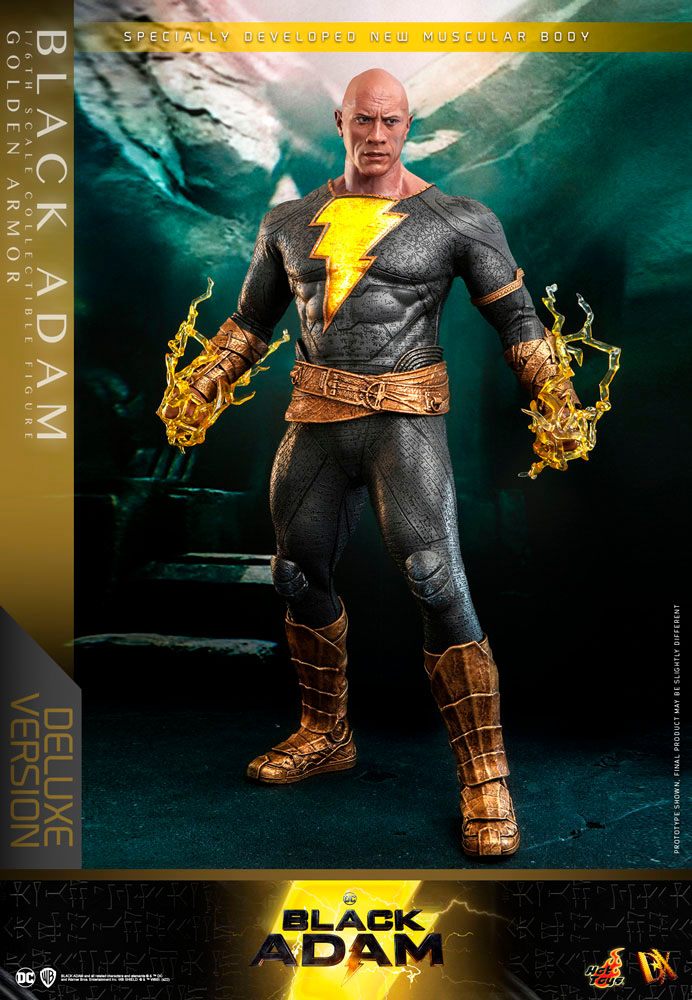 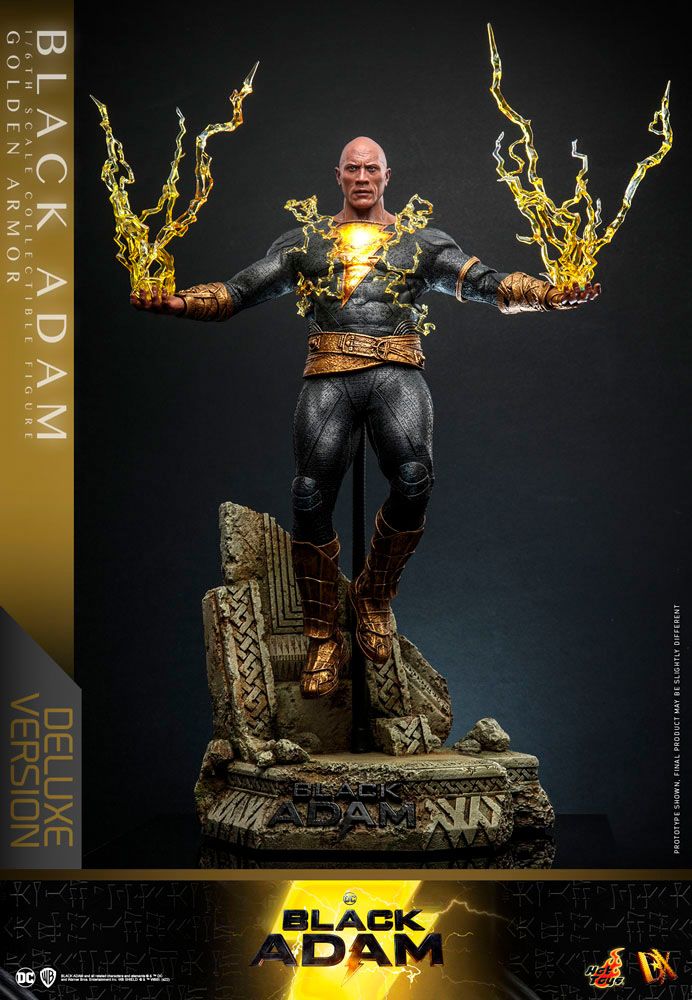 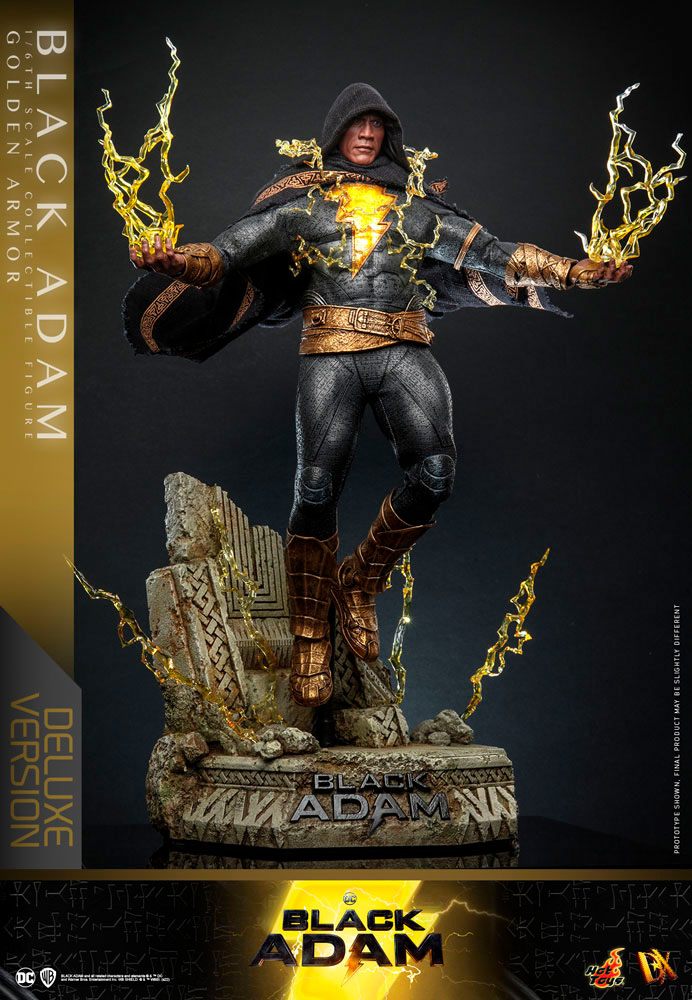 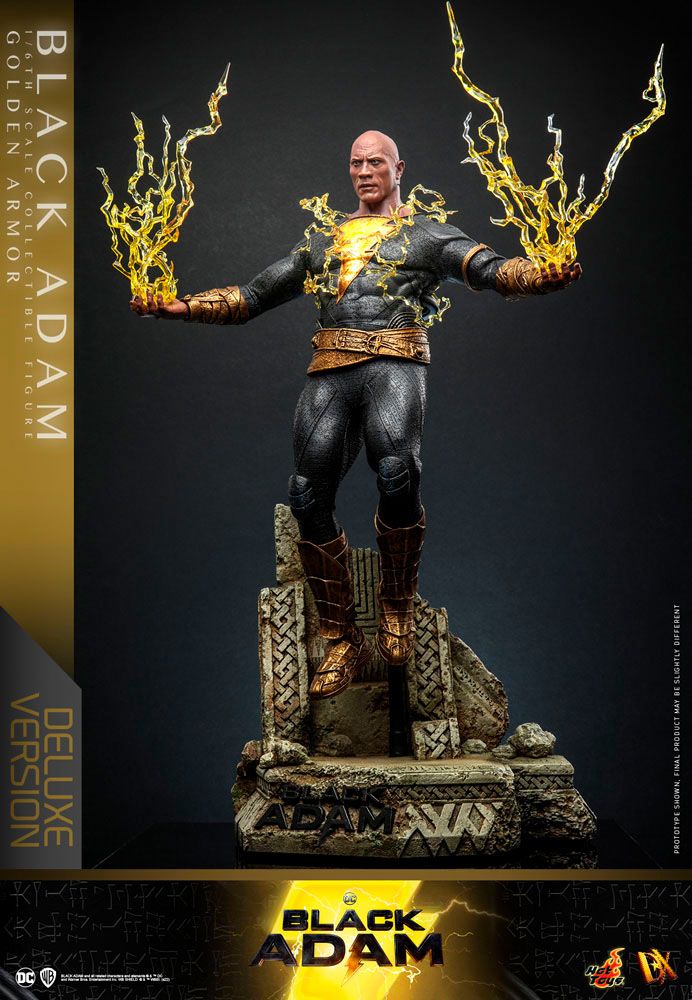 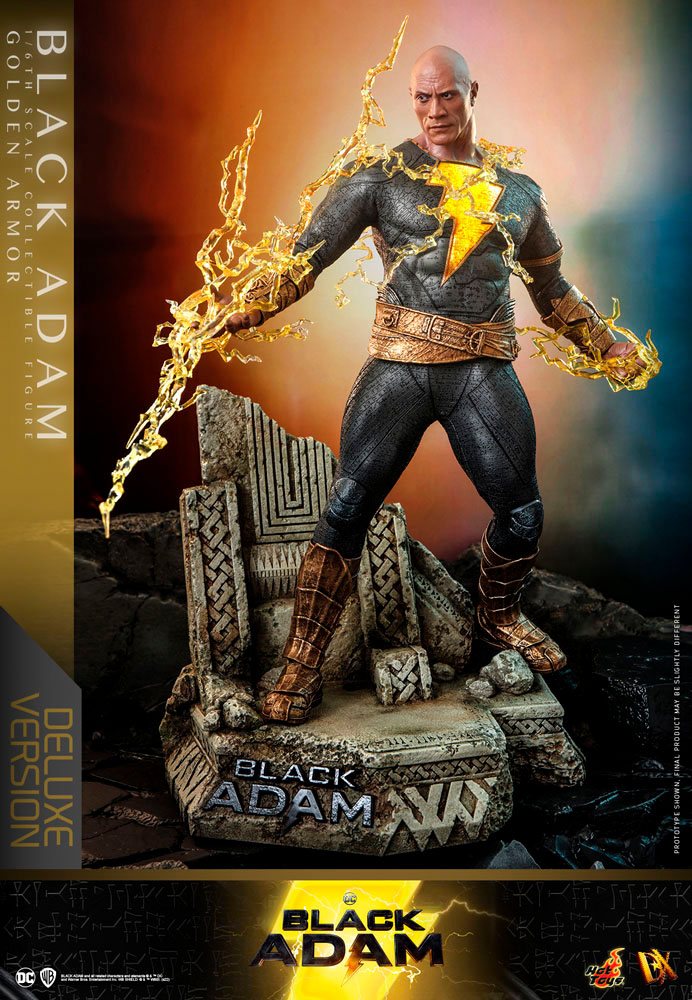 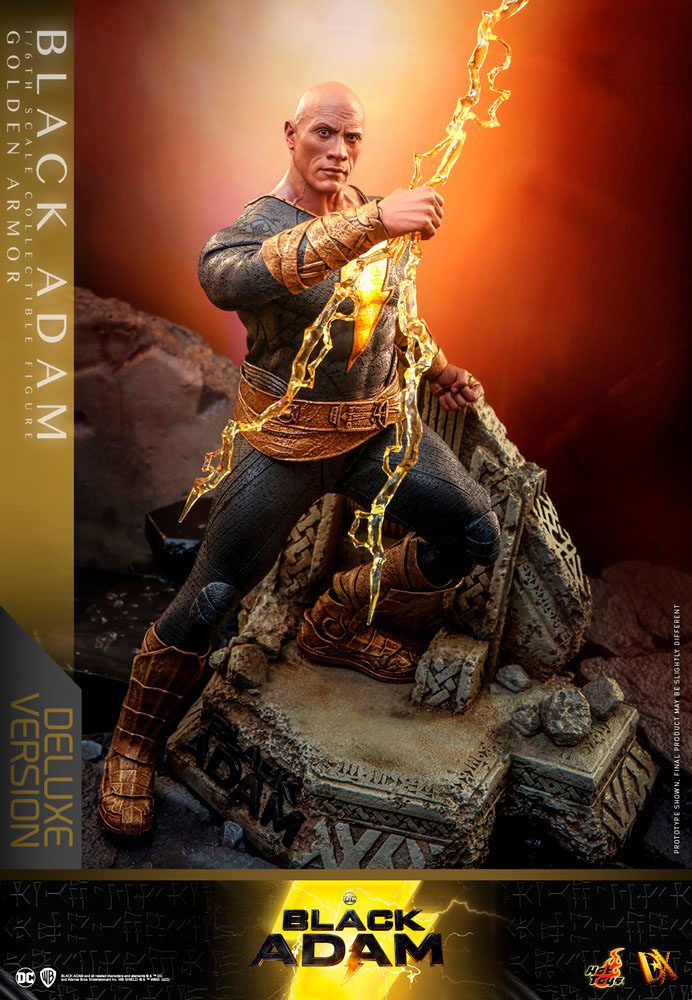 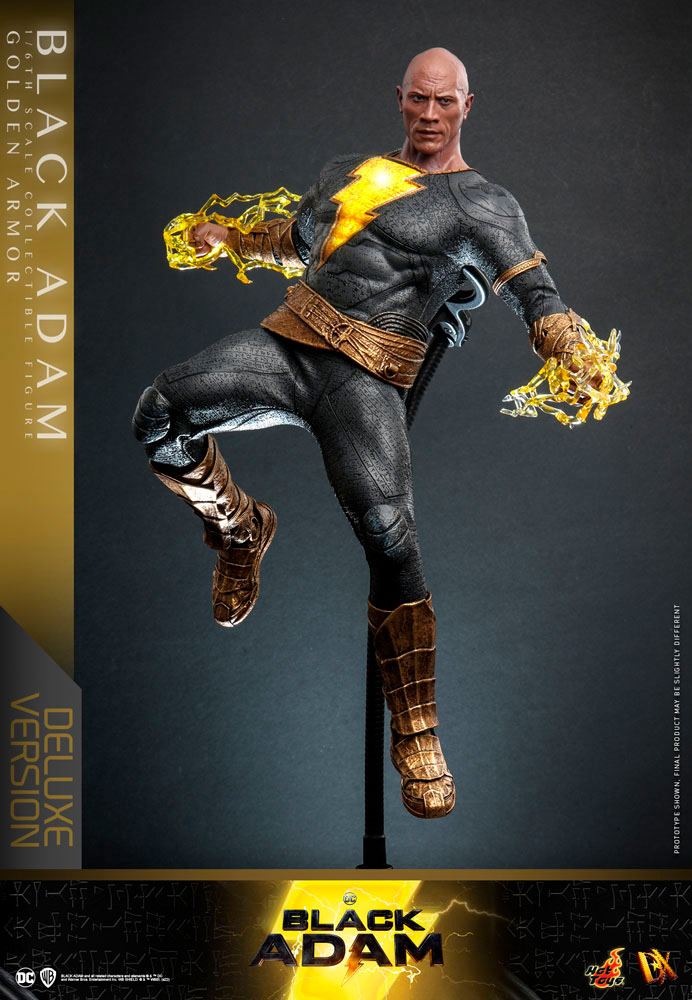 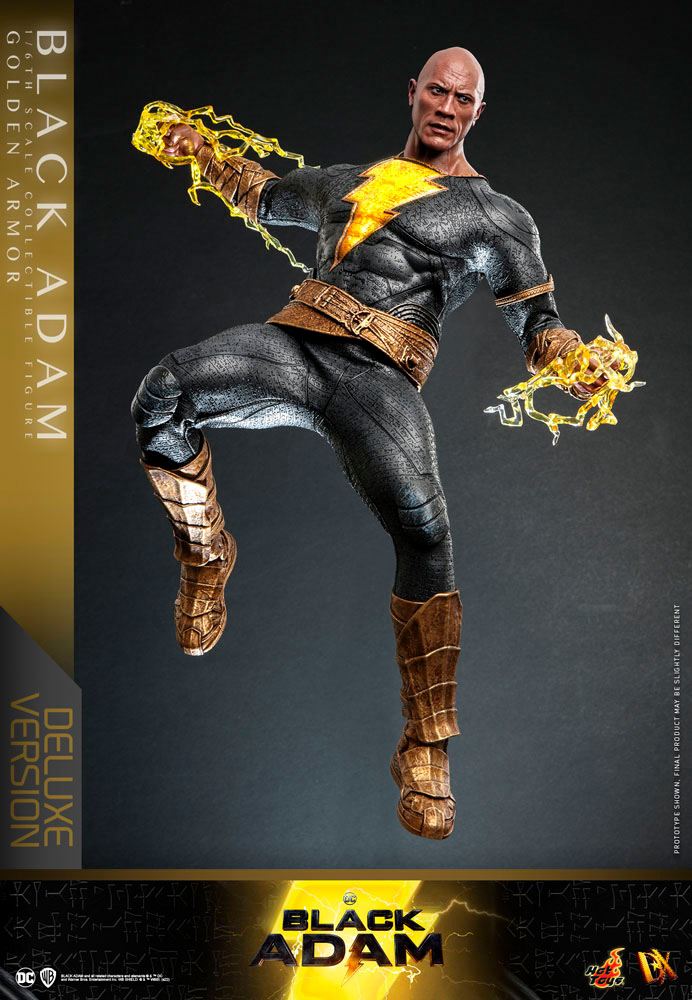 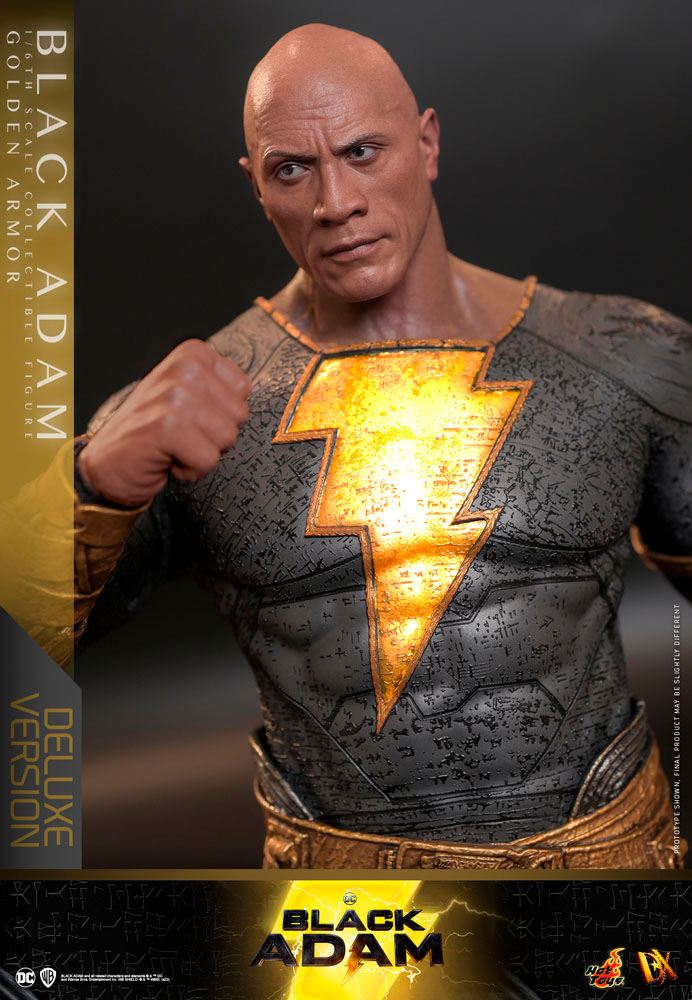 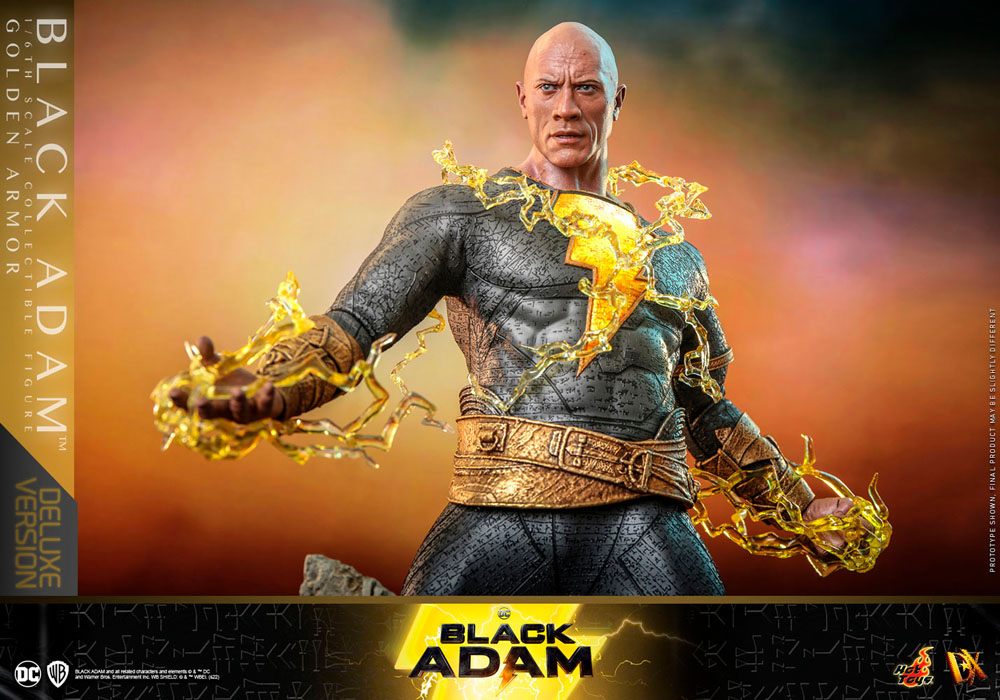 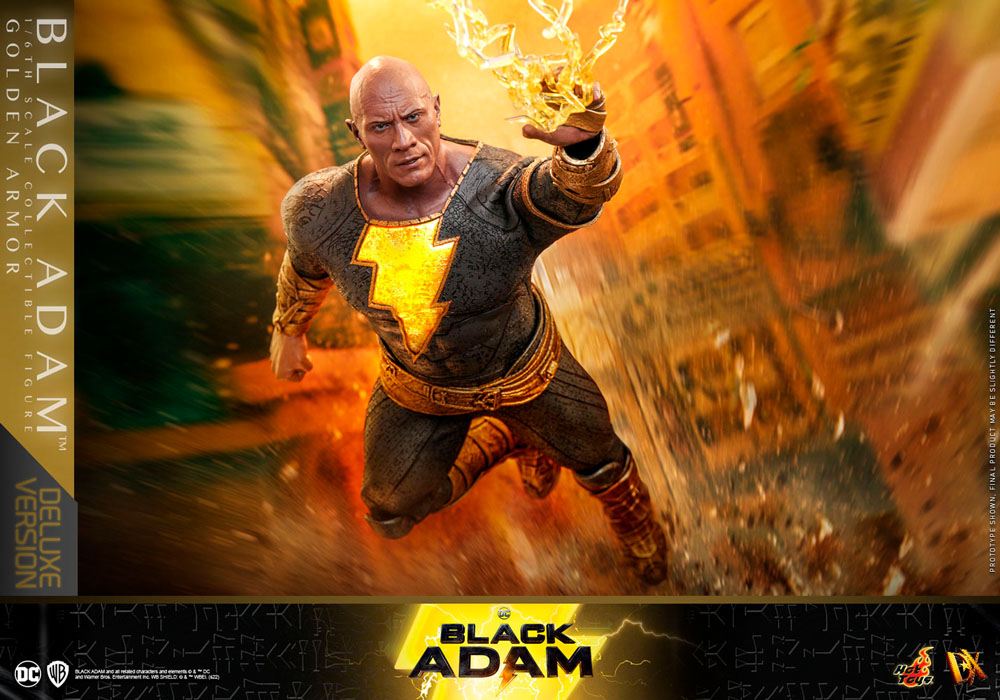 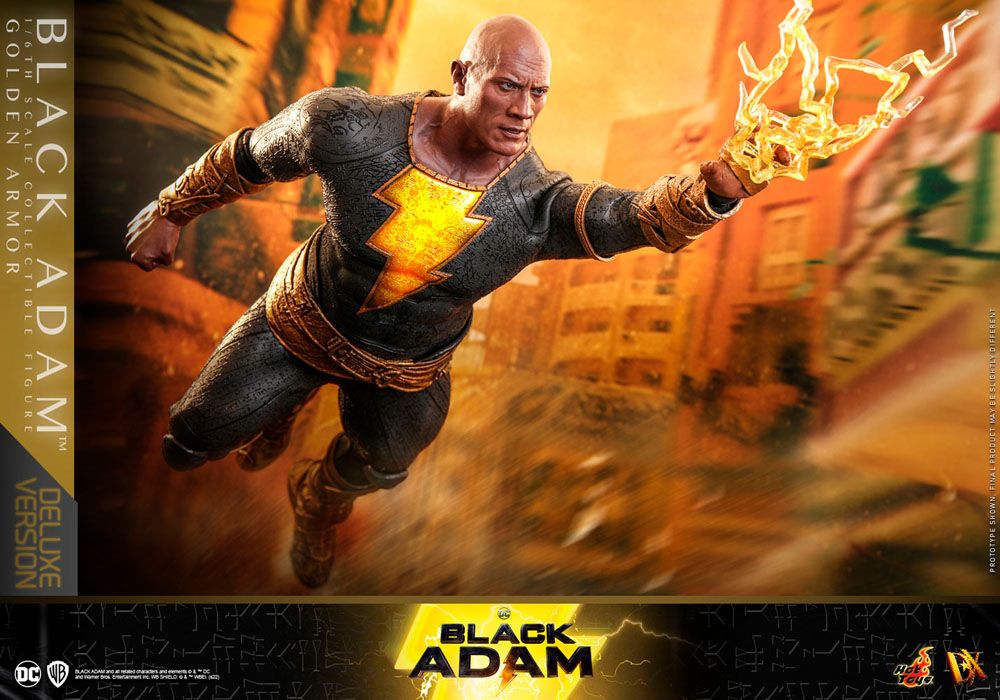 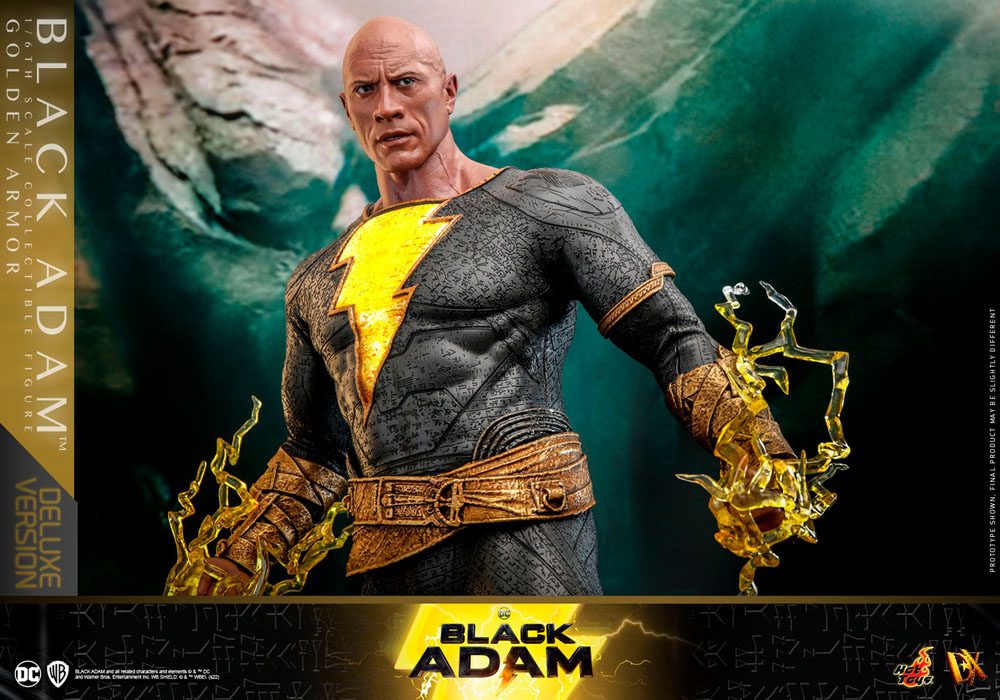 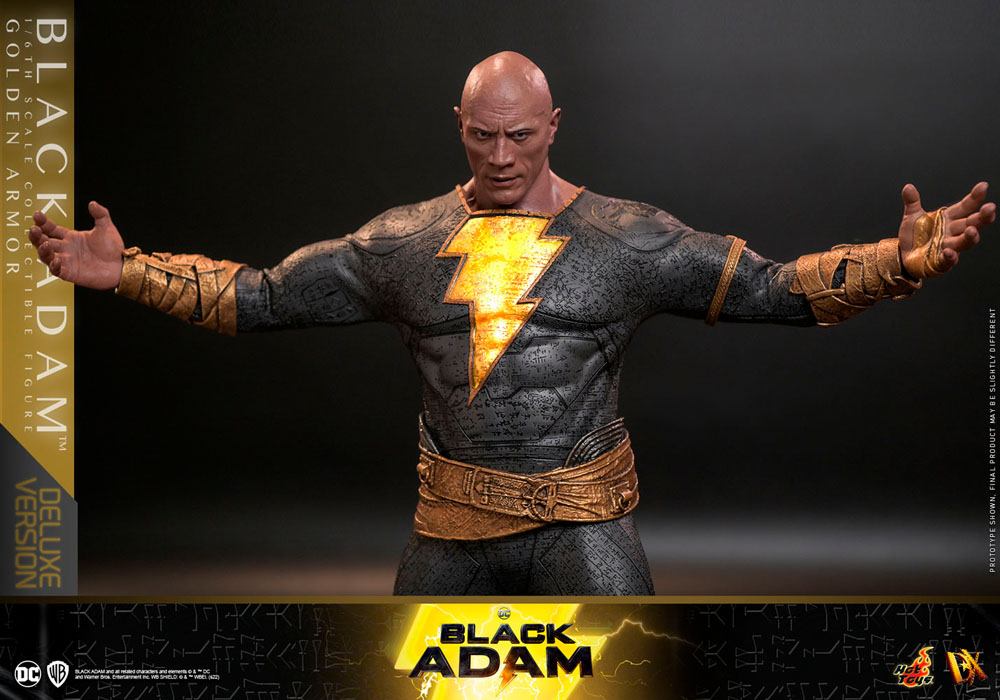 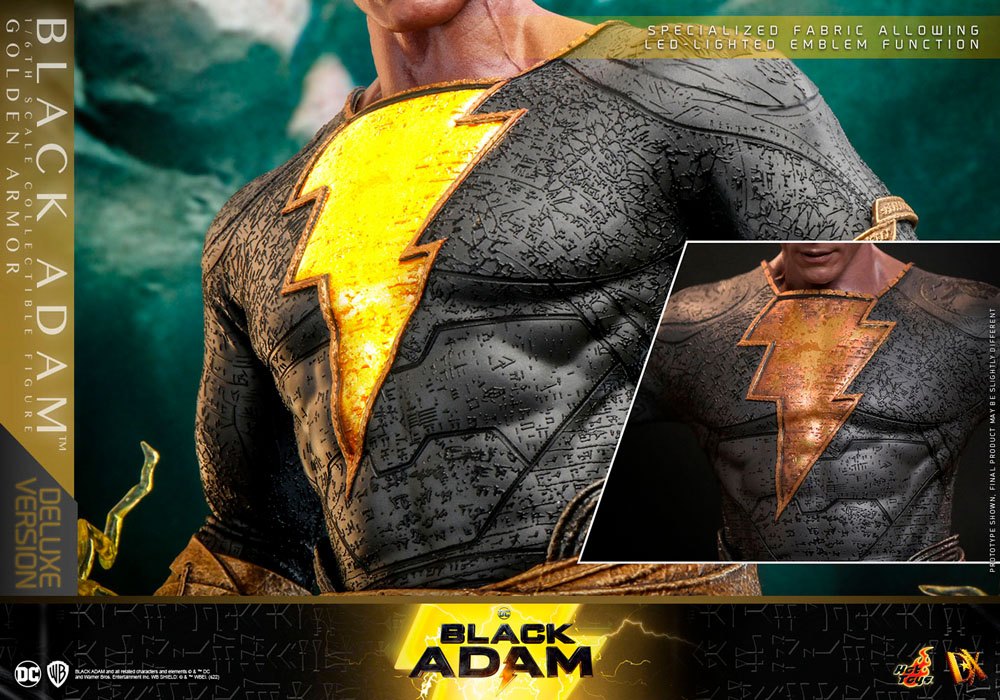 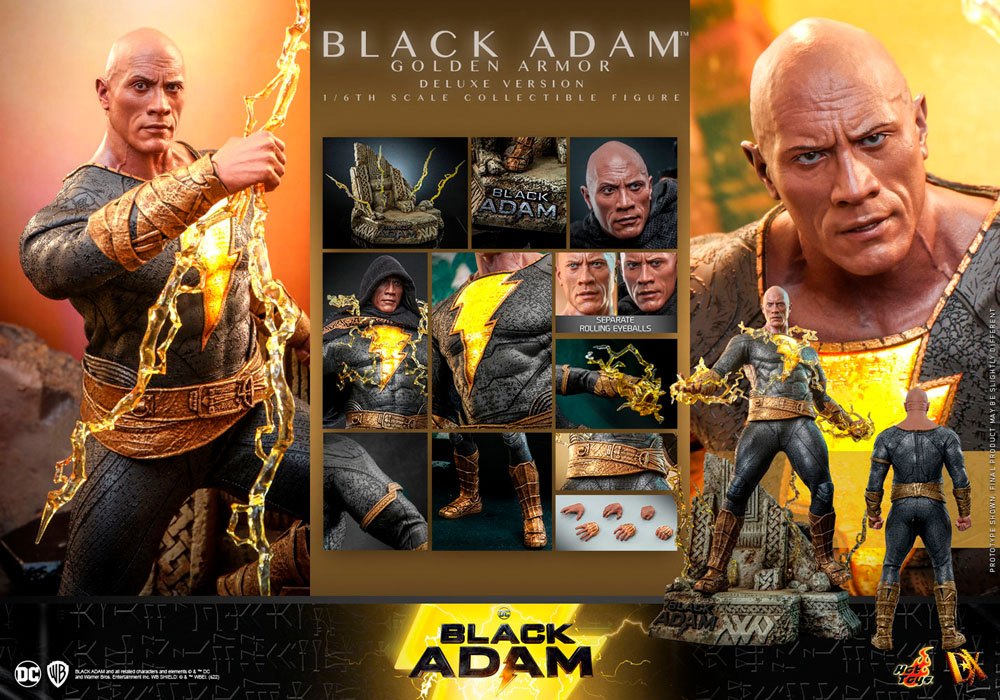 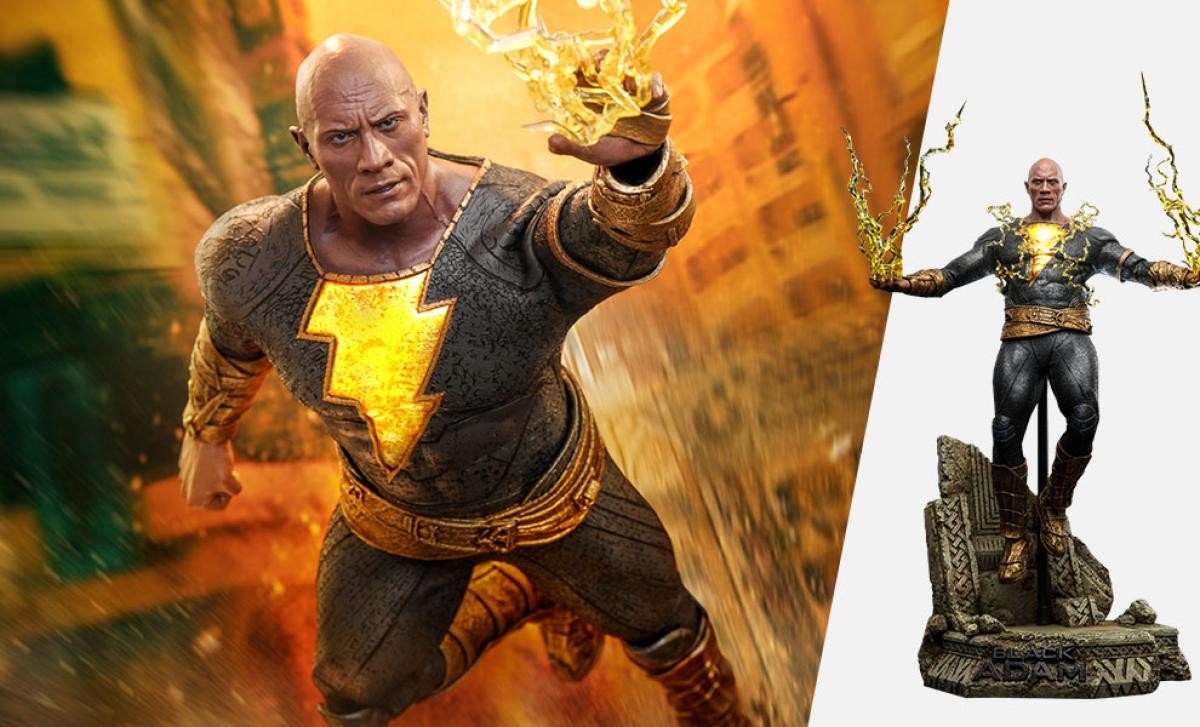 Bestowed the almighty powers of the gods, Teth Adam has used these powers for vengeance, he was imprisoned, becoming Black Adam. Thousands of years have passed and he has gone from man, to myth, to legend. Inspired by the upcoming movie from DCEU, we are introducing the Deluxe Version of Golden Armor Black Adam in sixth scale collectible figure as the latest addition to our proud DX series!

What’s more! This version includes an additional head sculpt with separate rolling eyeballs applied and luminous reflective effects, also a highly-elaborated diorama base depicting the wreckage of a destroyed historic site with diorama accessories that are attachable to figure’s body.

He is unstoppable! Add Black Adam to your DC figure collection today.