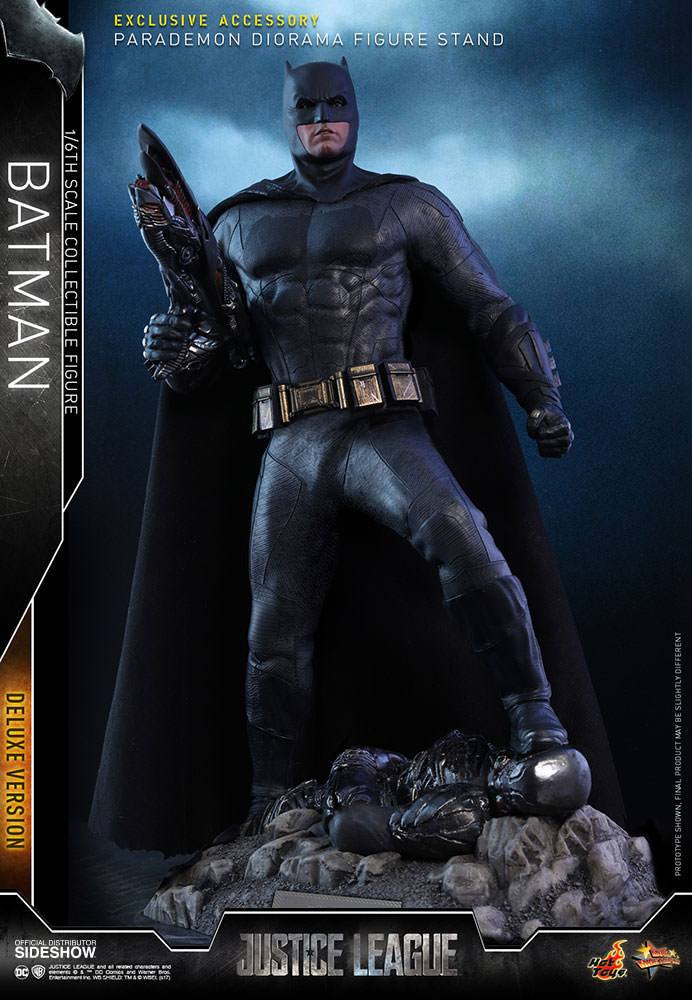 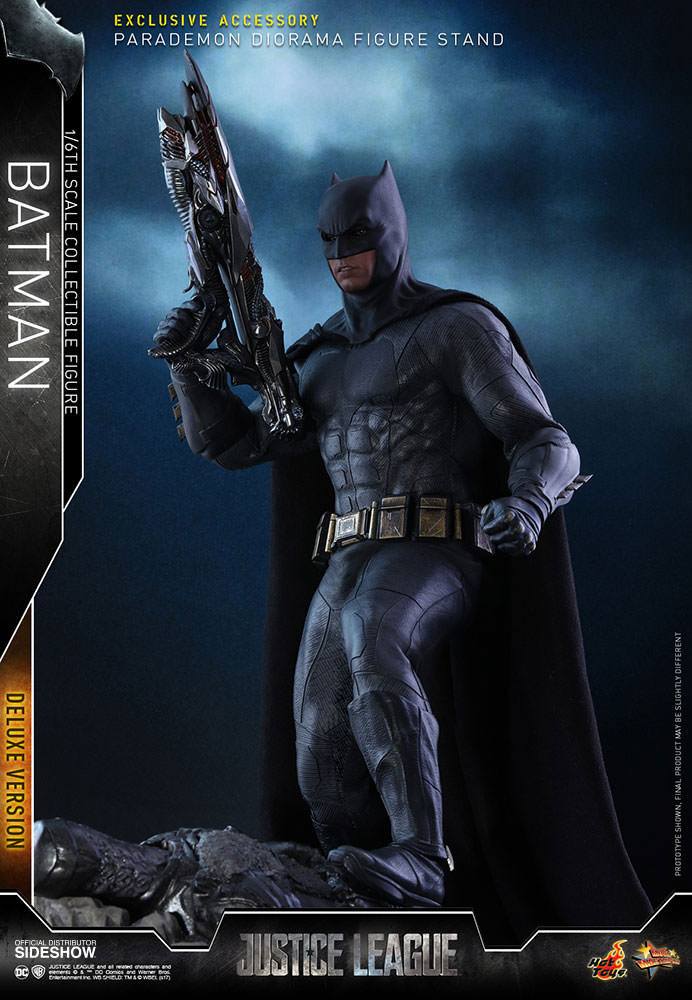 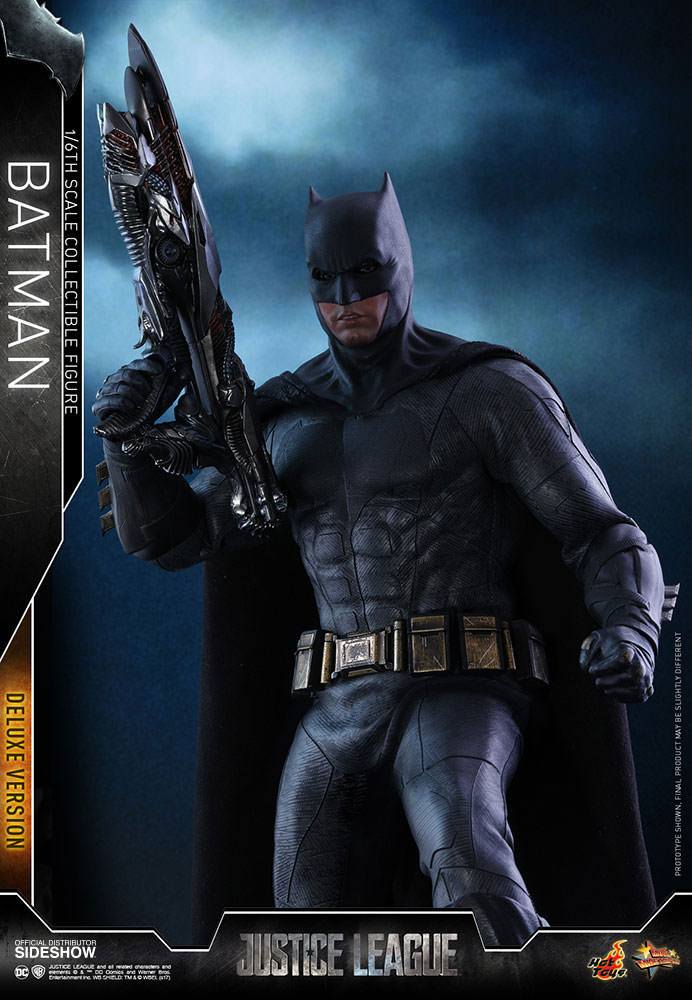 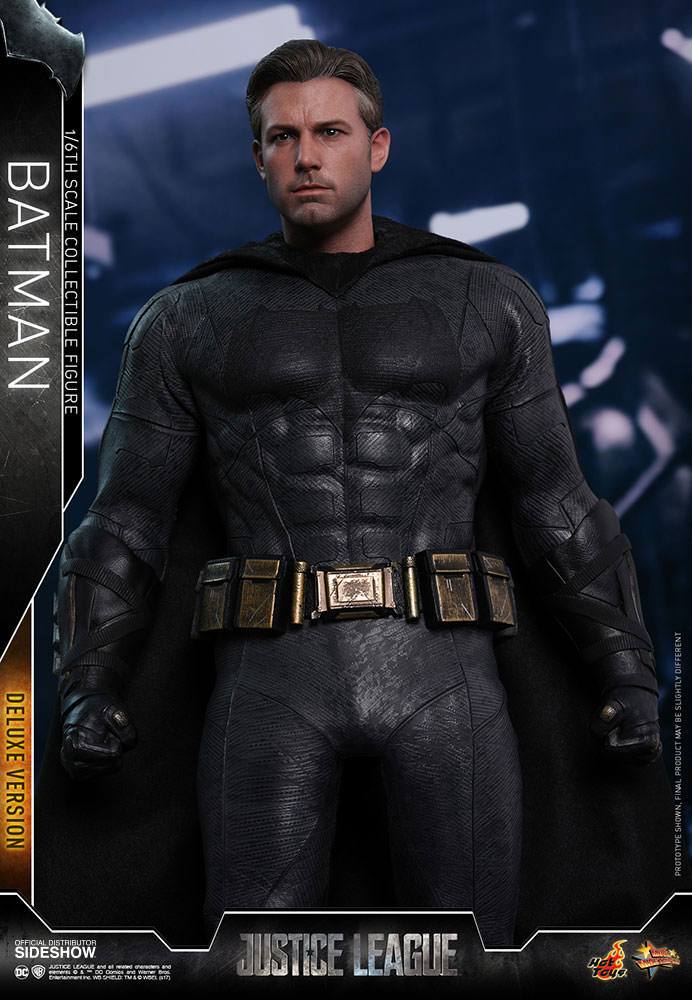 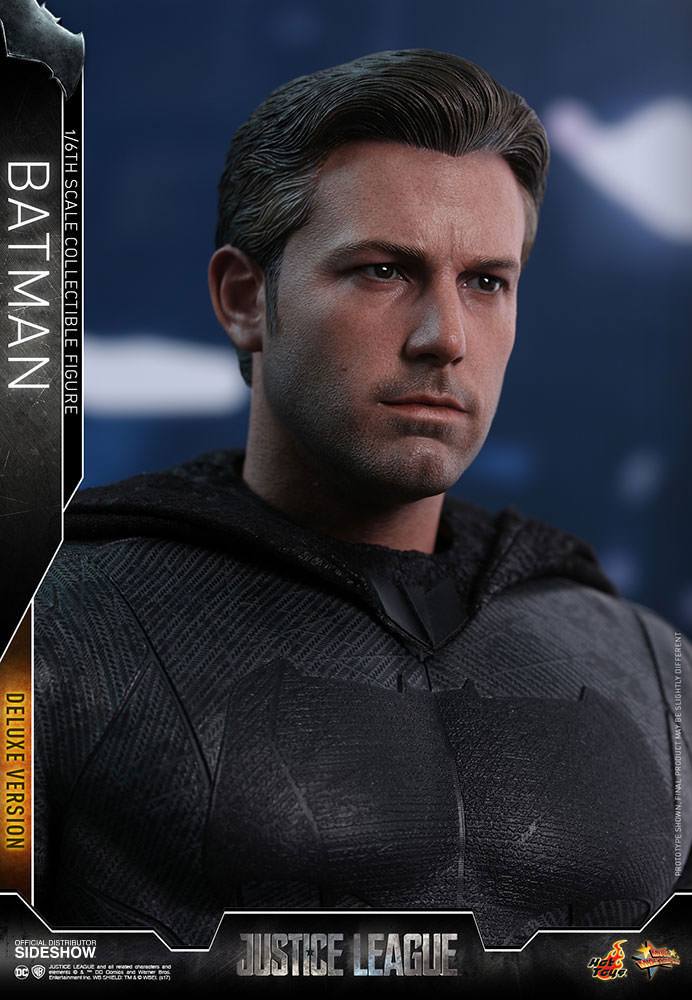 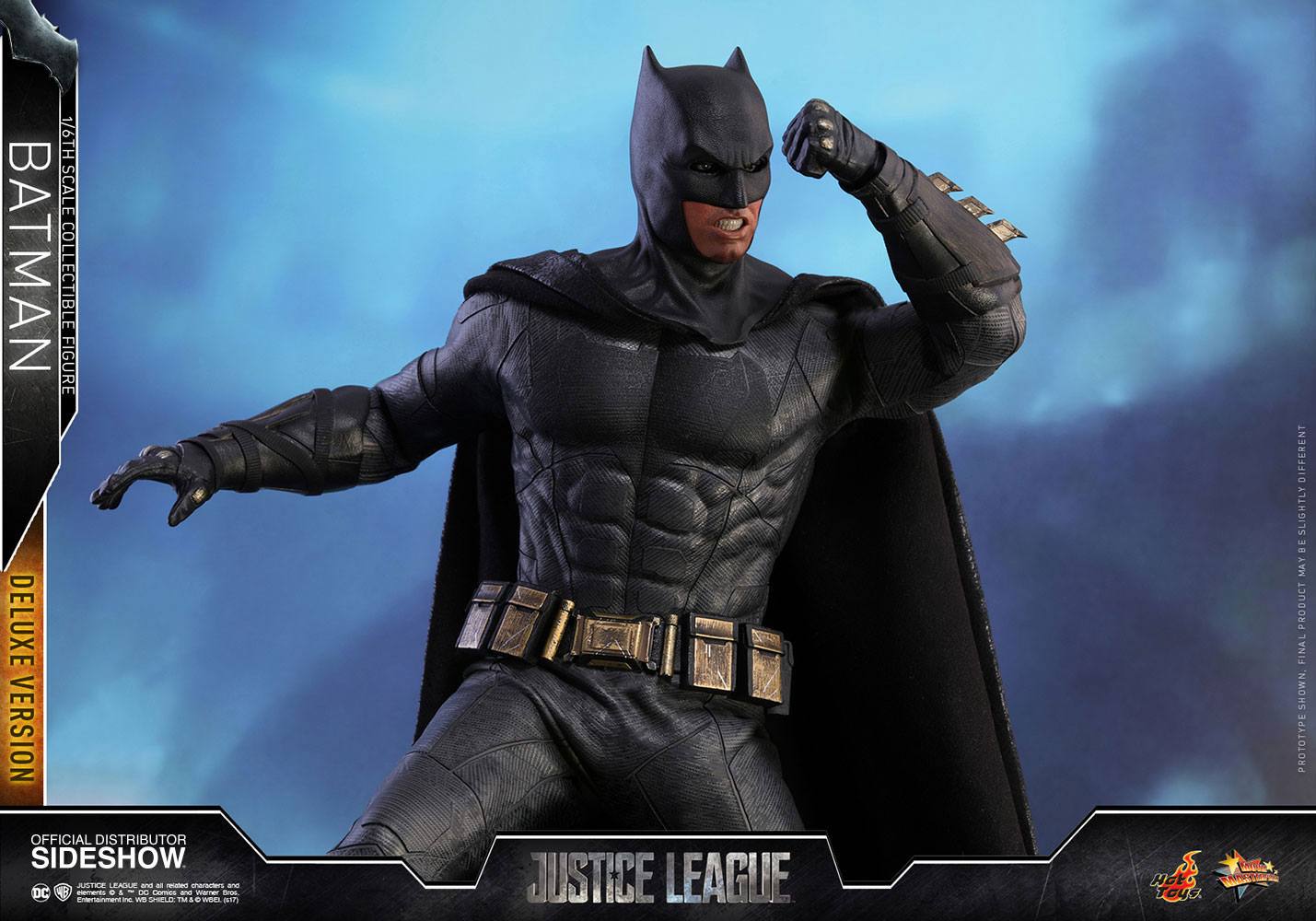 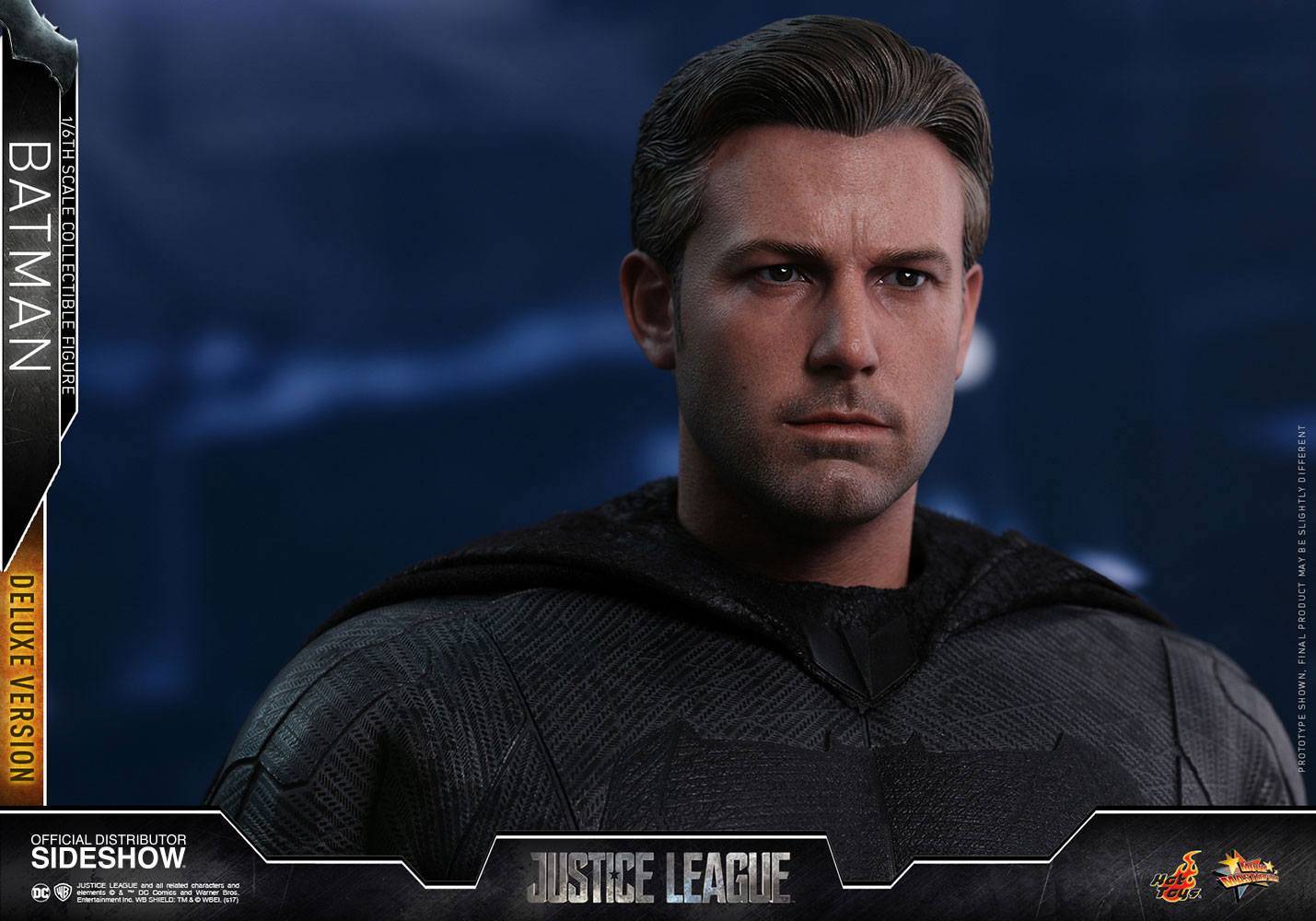 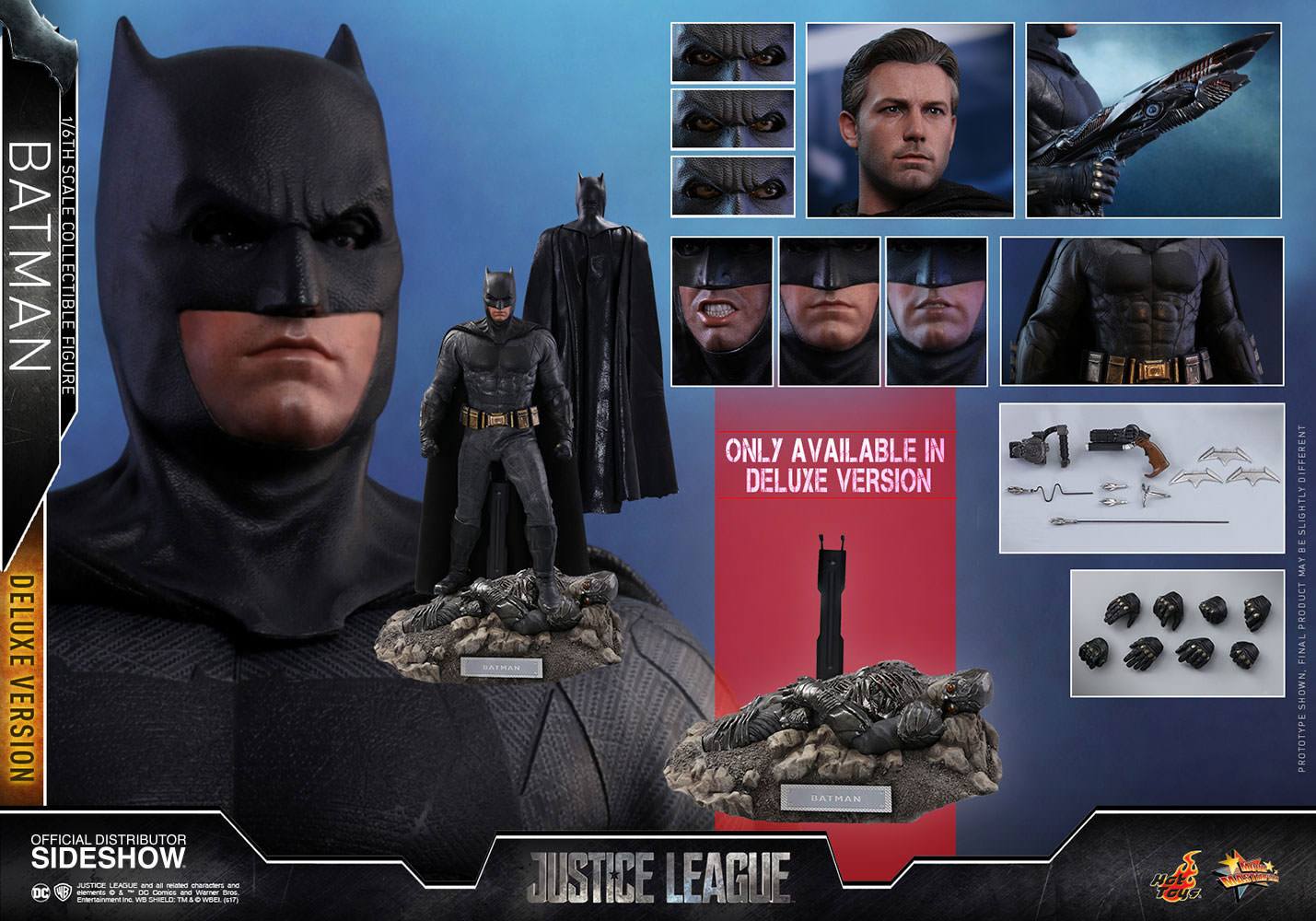 Shortly after the release of the long-awaited blockbuster by DC Comics, Justice League has generated huge responses around the world. The supervillain Steppenwolf and his army of Parademons attempt to conquer and reshape the Earth through the combined energies of three Mother Boxes, but in order to save the world from this menacing threat, Batman enlists the help of his newfound ally Wonder Woman to recruit a team of Metahumans to stand against this newly awakened threat and form the Justice League.

Sideshow and Hot Toys are thrilled to officially introduce a special Deluxe Version of the all-new 1/6th scale Batman collectible figure from Justice League for all DC fans.

Meticulously crafted based on Ben Affleck‘s appearance as Batman in Justice League, the movie-accurate collectible figure features two interchangeable heads which include a newly developed head sculpt and a masked head, three interchangeable eyepieces and lower faces capturing Ben Affleck’s facial expressions in the film, a newly developed muscular body, a brand-new Batsuit and leather-like cape, a variety of gadgets and a Parademon gun.

This Deluxe Version will exclusively include an elaborated Parademon diorama figure base inspired by Batman’s battling scene with the Parademons!