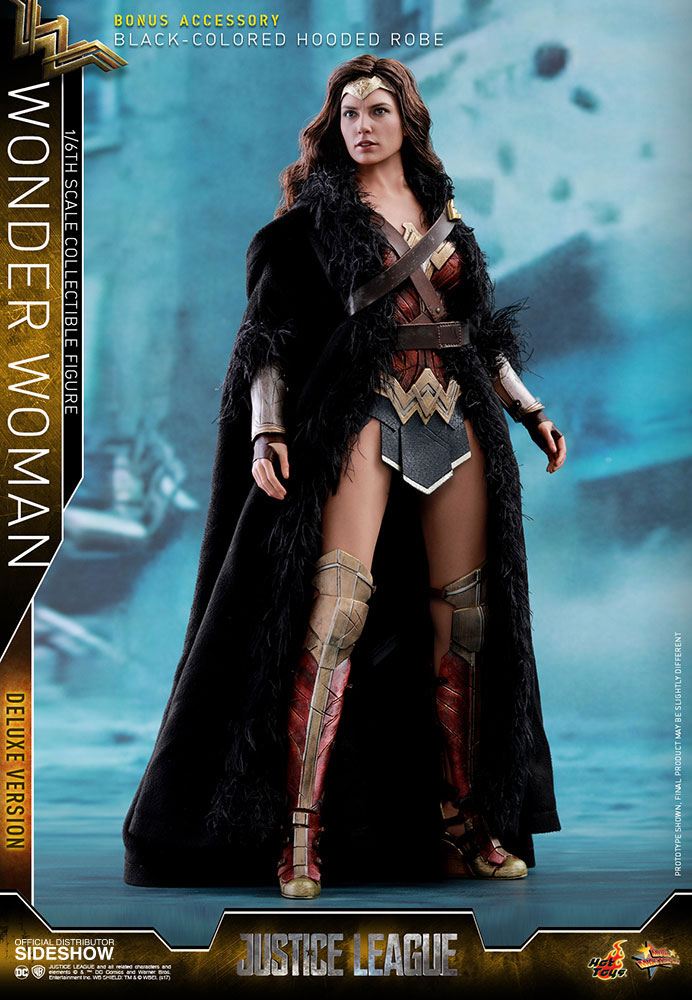 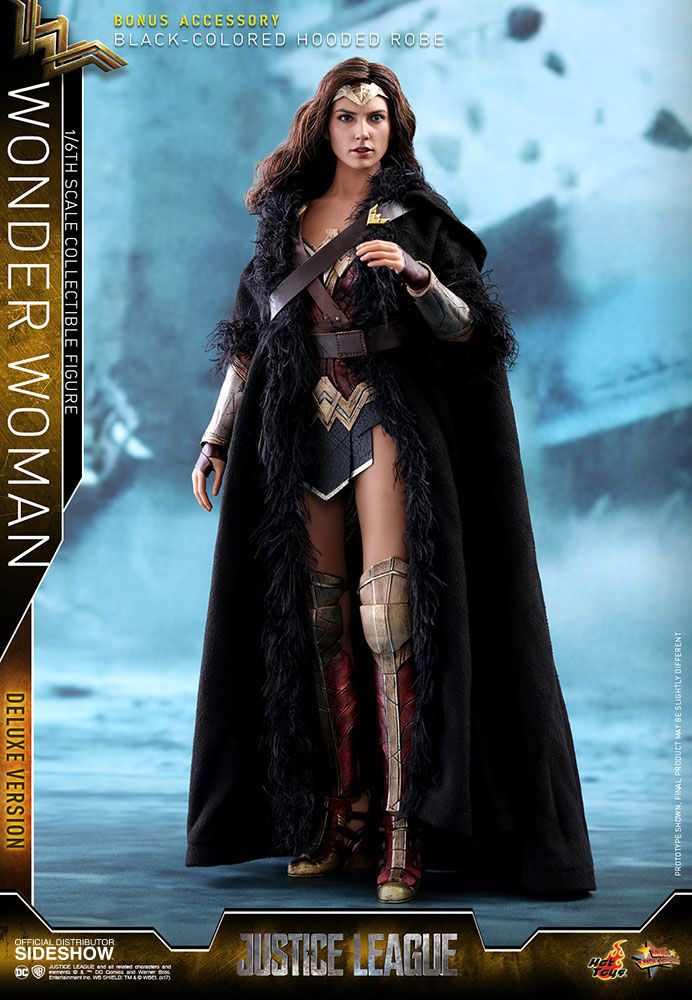 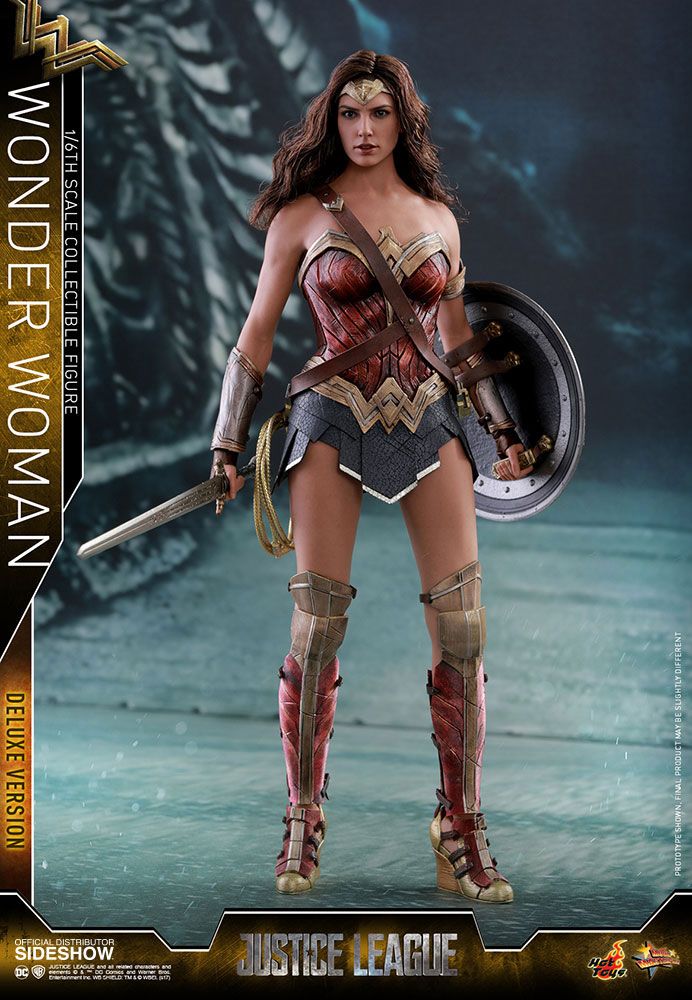 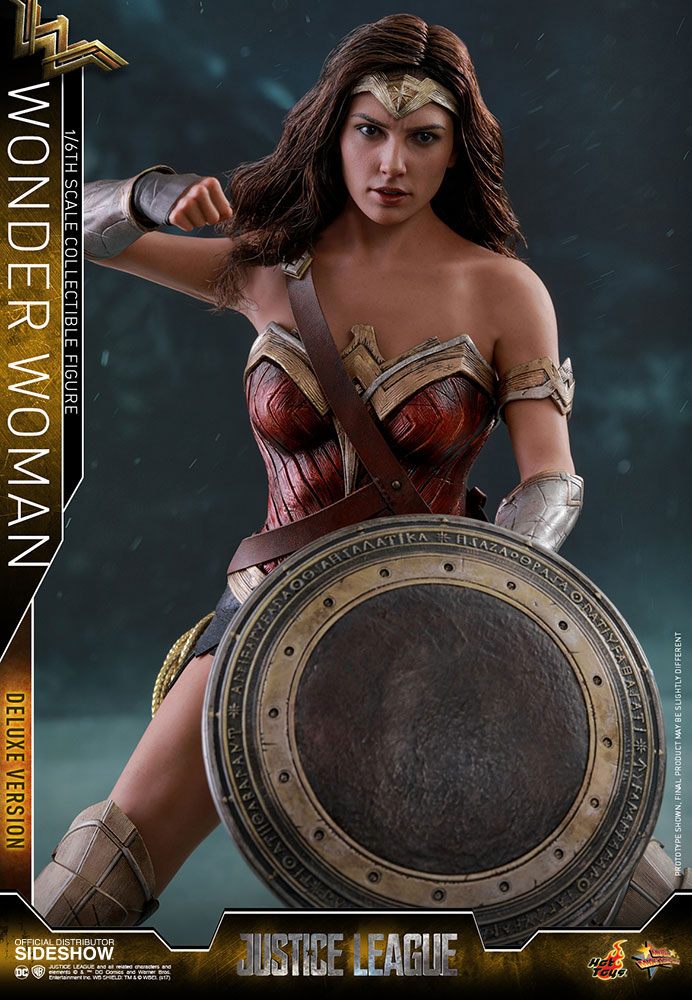 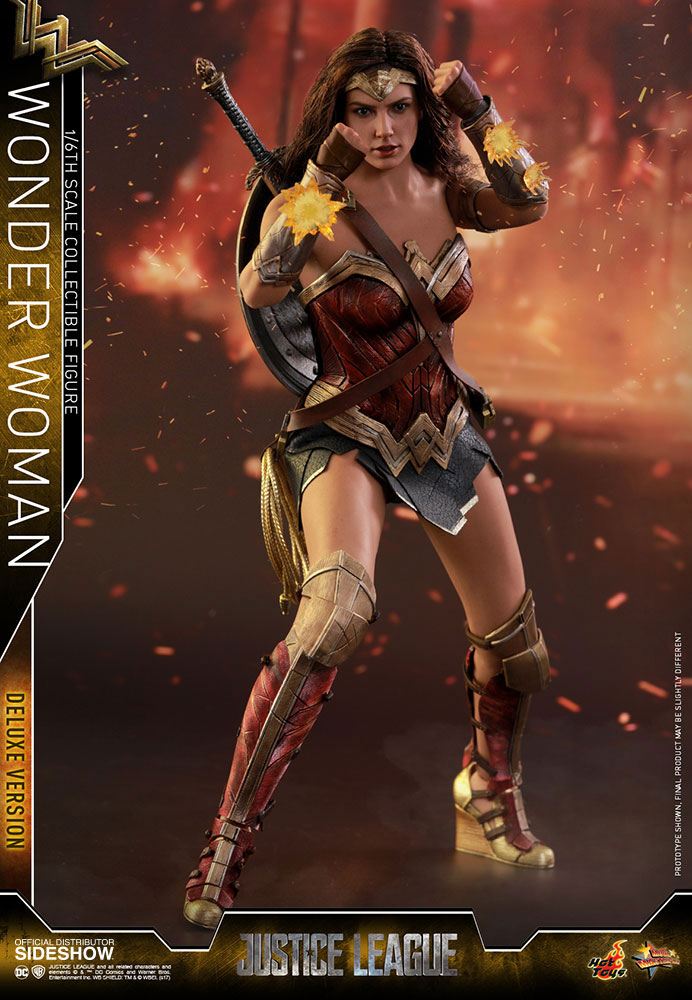 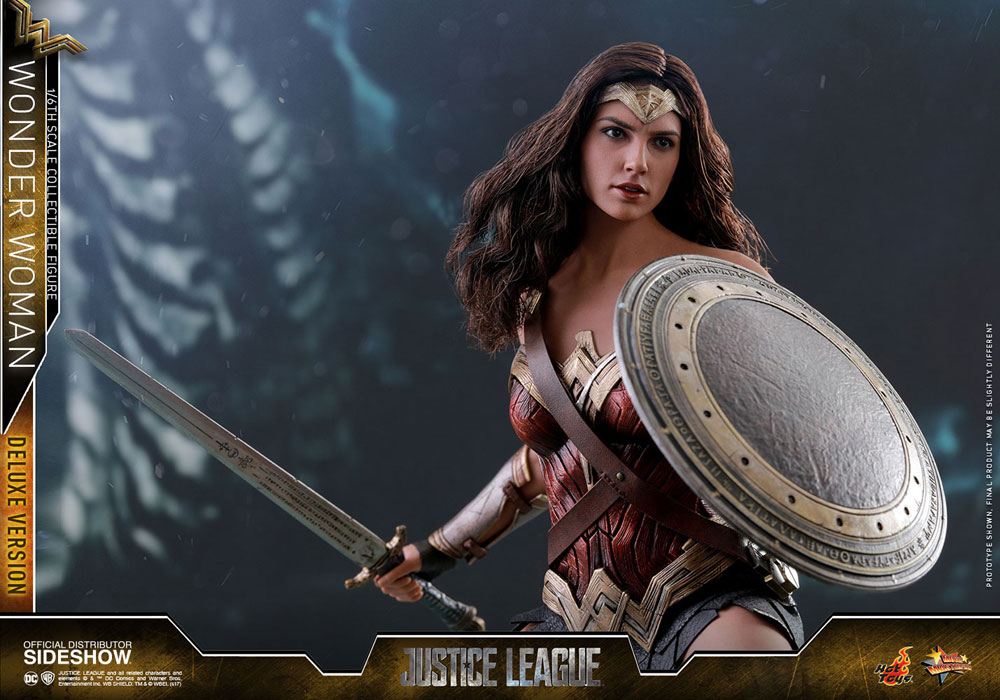 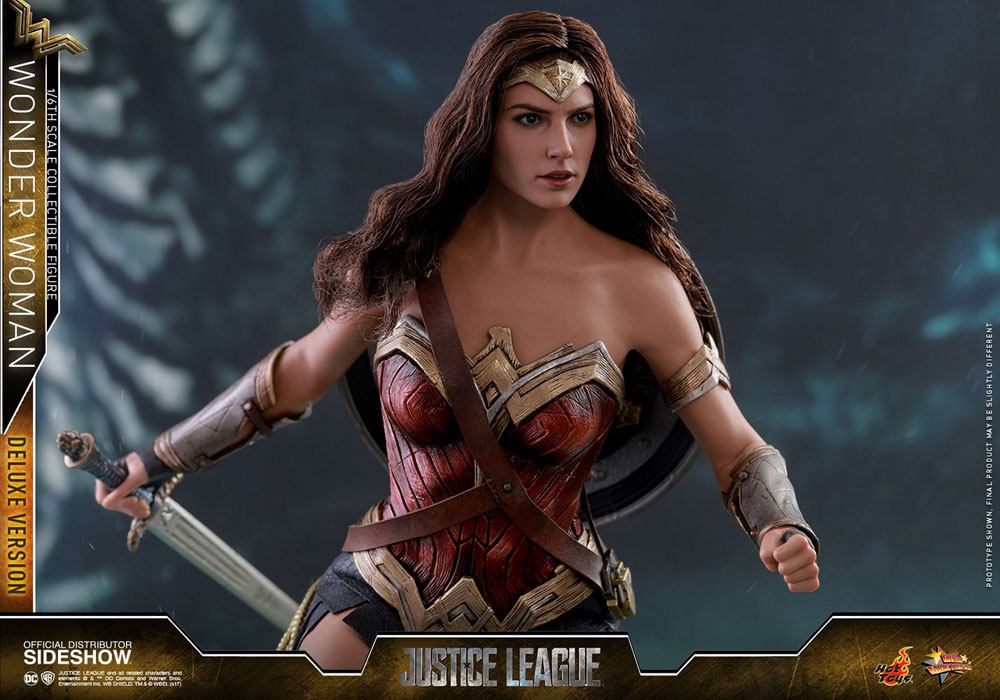 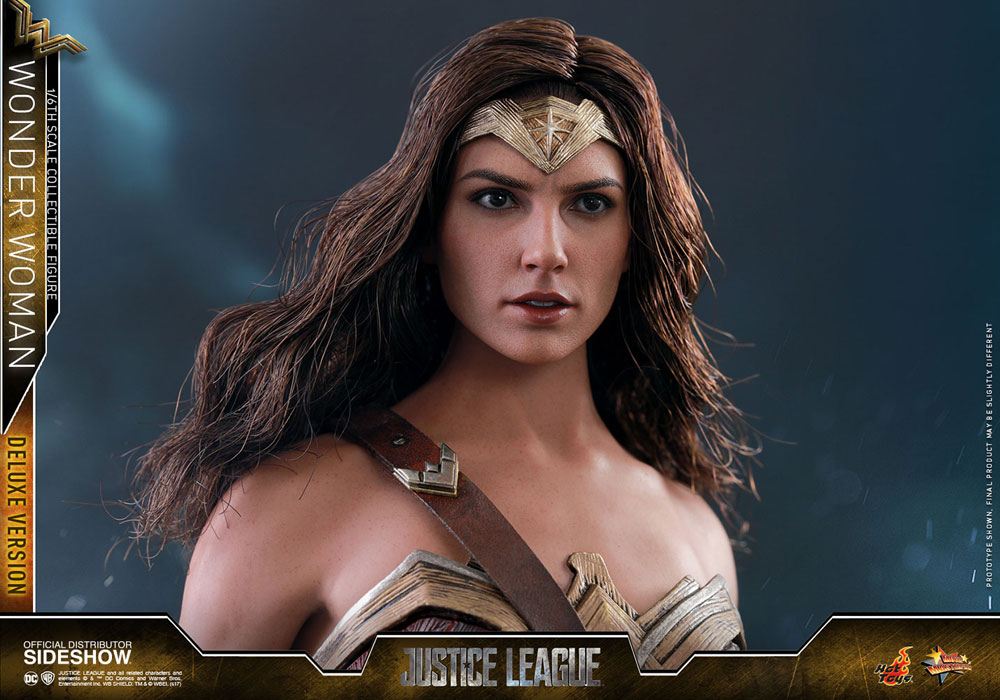 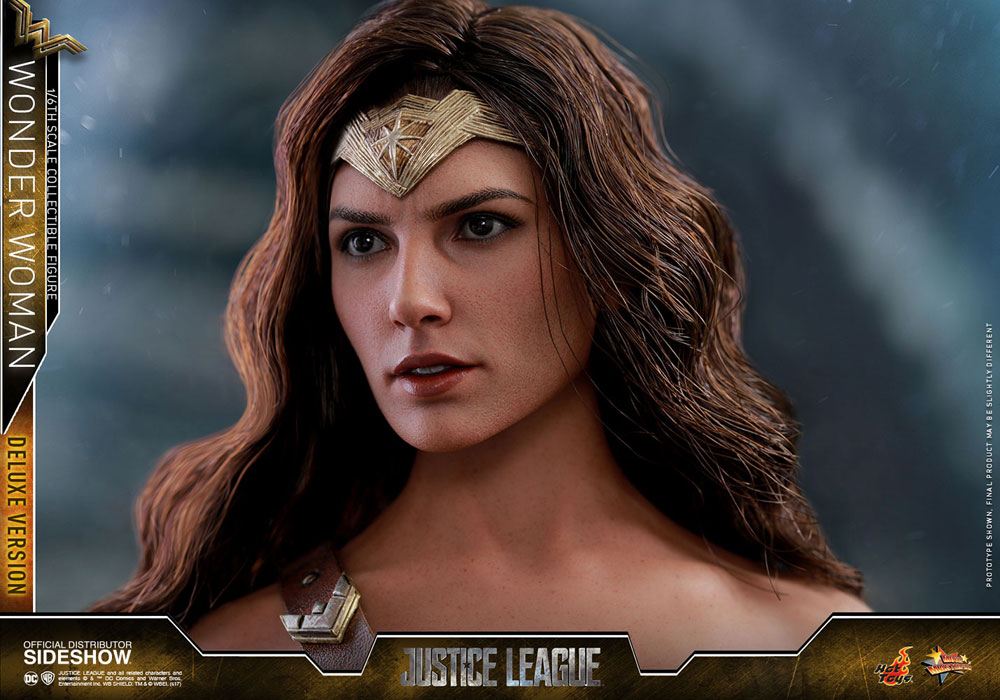 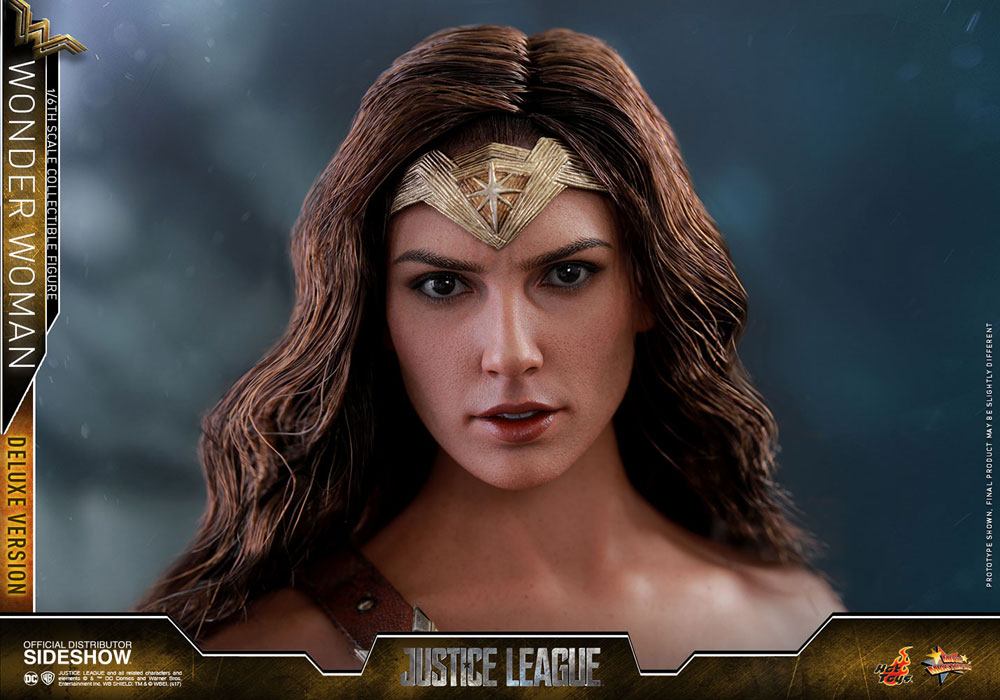 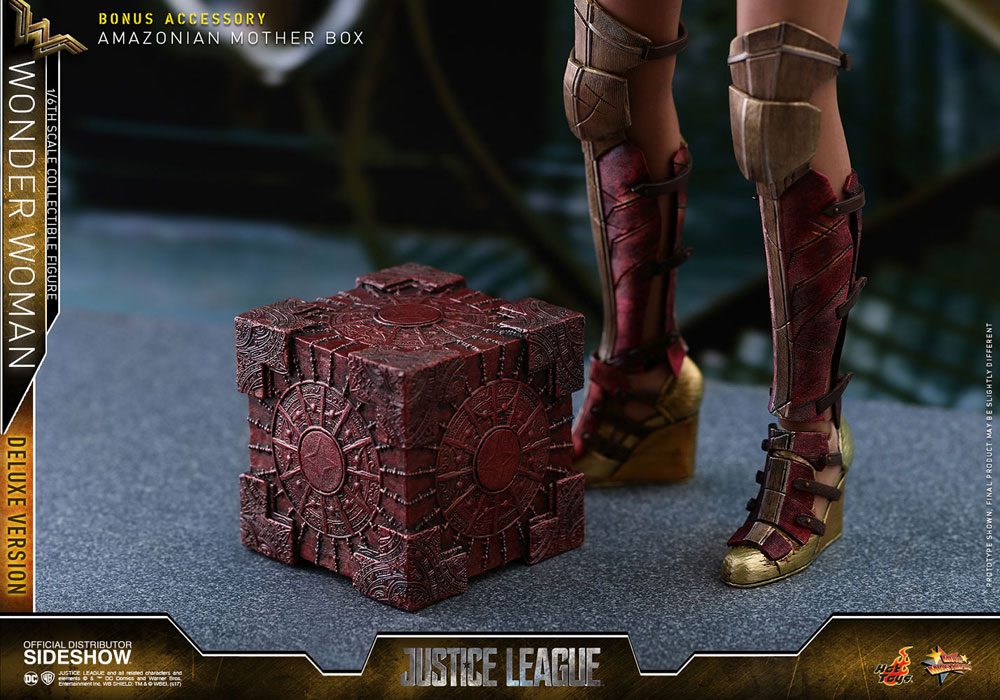 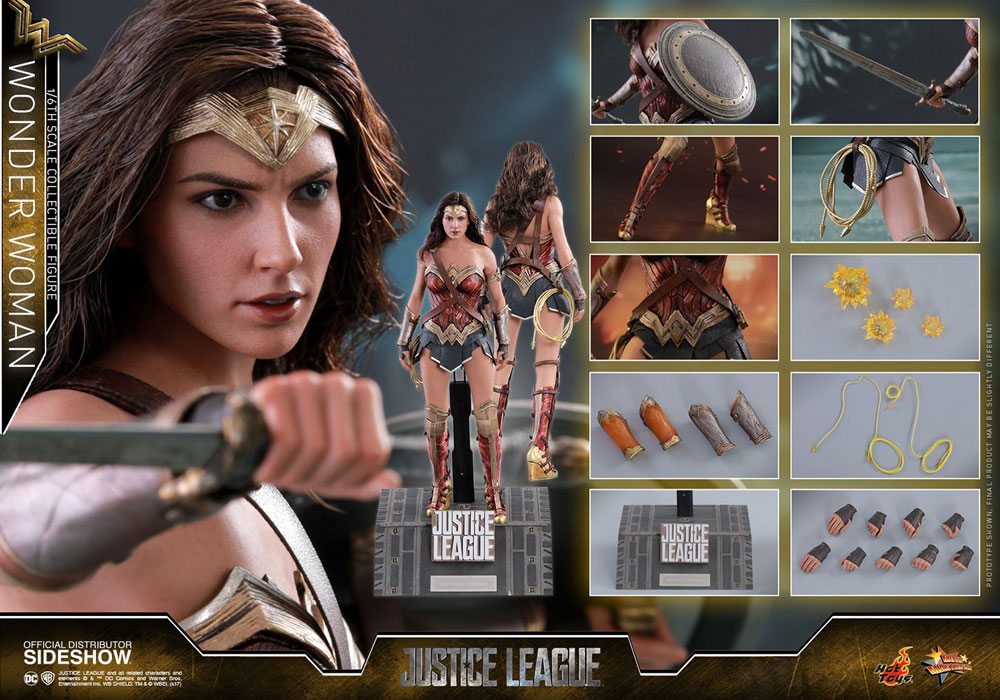 Alongside with Batman, Aquaman, the Flash, and Cyborg, the warrior princess is one of the key members to unite the league and defend the world against their new evil villain! Sideshow and Hot Toys are elated to introduce the eagerly awaited sixth scale Wonder Woman (Deluxe Version) collectible figure from Justice League!

Aside from the amazingly detailed costume, the figure also comes with assorted weapons and accessories such as a sword, a shield with weathering effect, two pairs of Wonder Woman’s signature “Bracelets of Submissions”, her “Lasso of Truth”, bullet sparkling effects, and a specially designed Justice League themed figure stand.

Display the Wonder Woman figure alongside with other Justice League members or even as a “wonderful” standalone piece! This is something that you do not want to miss!