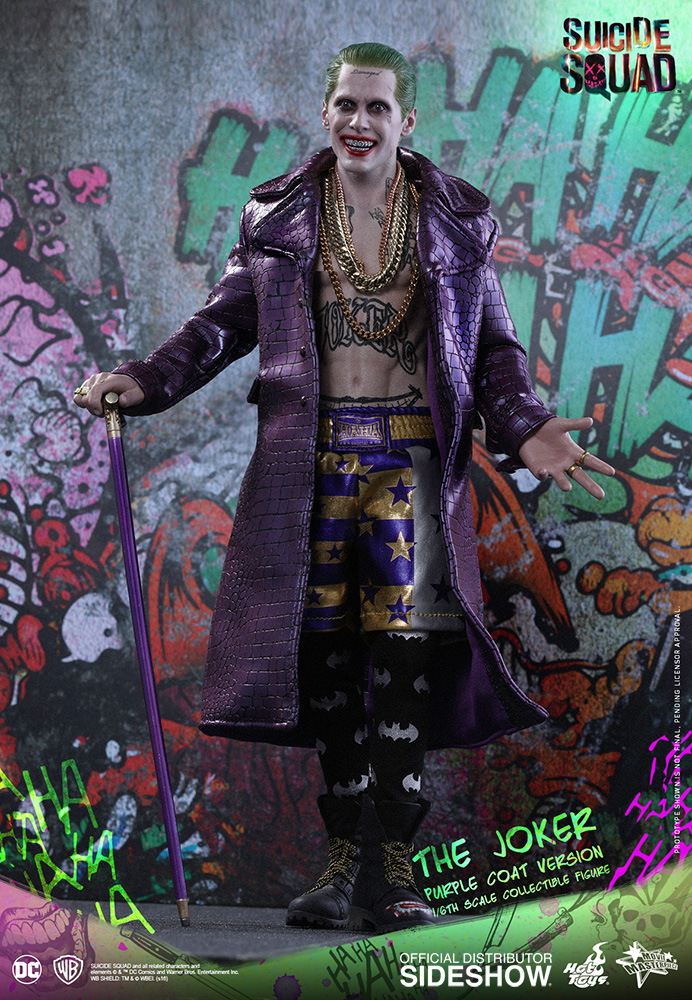 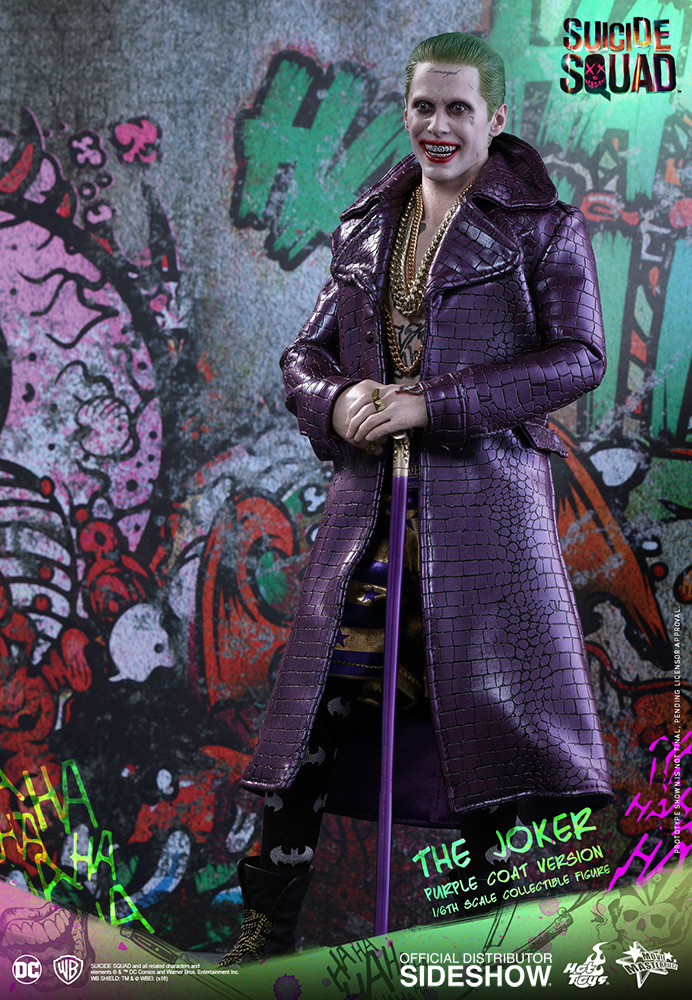 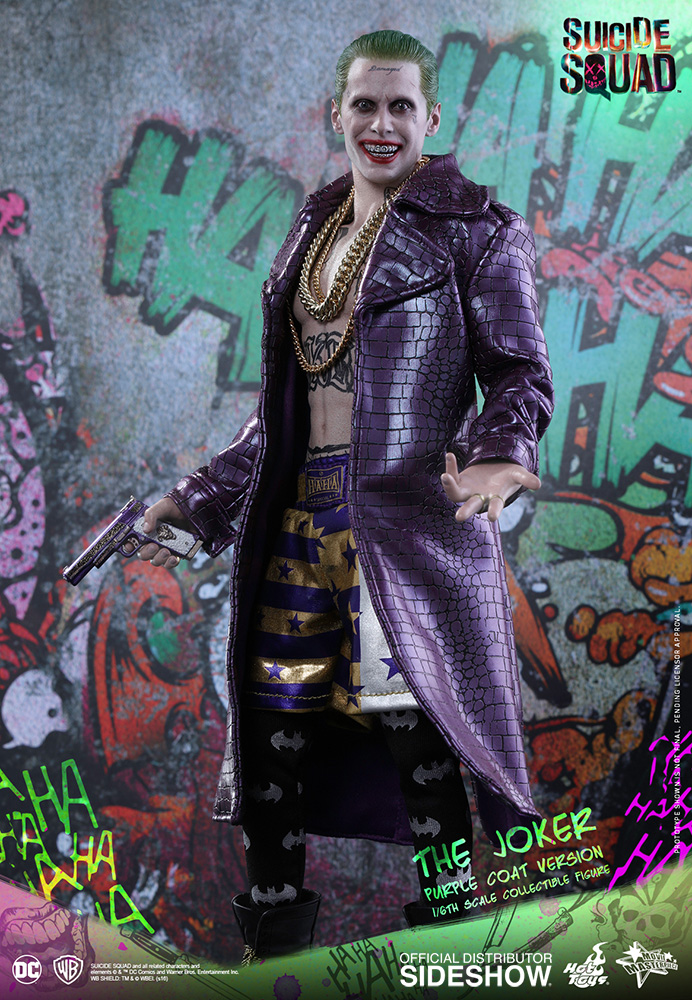 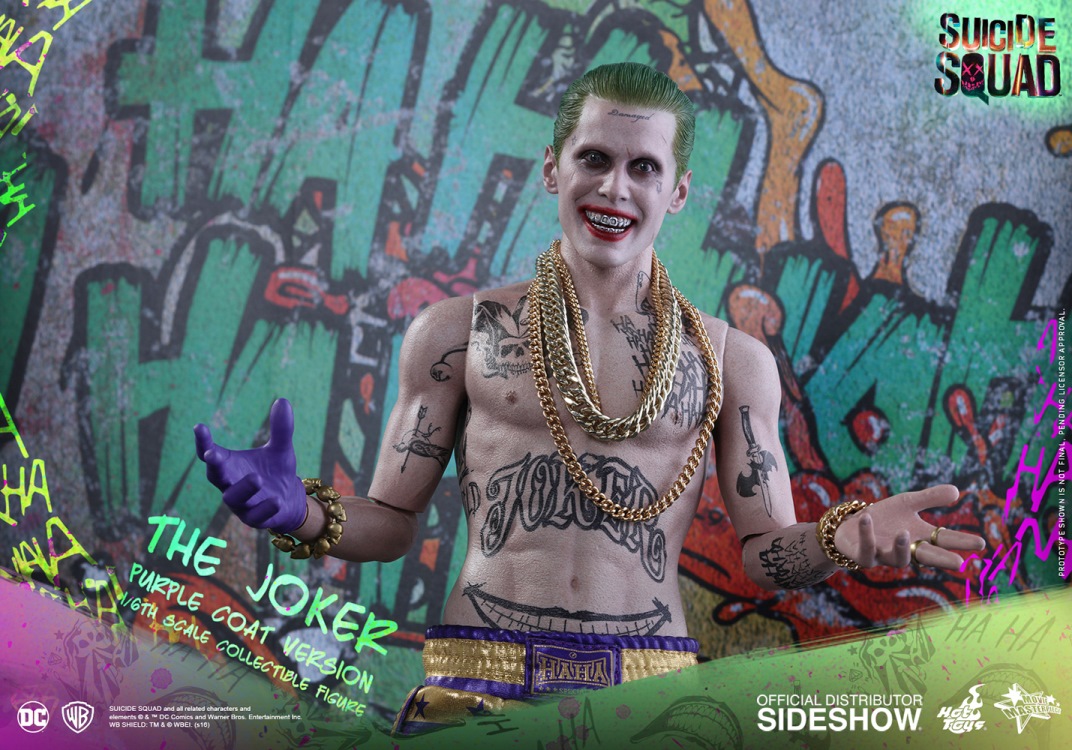 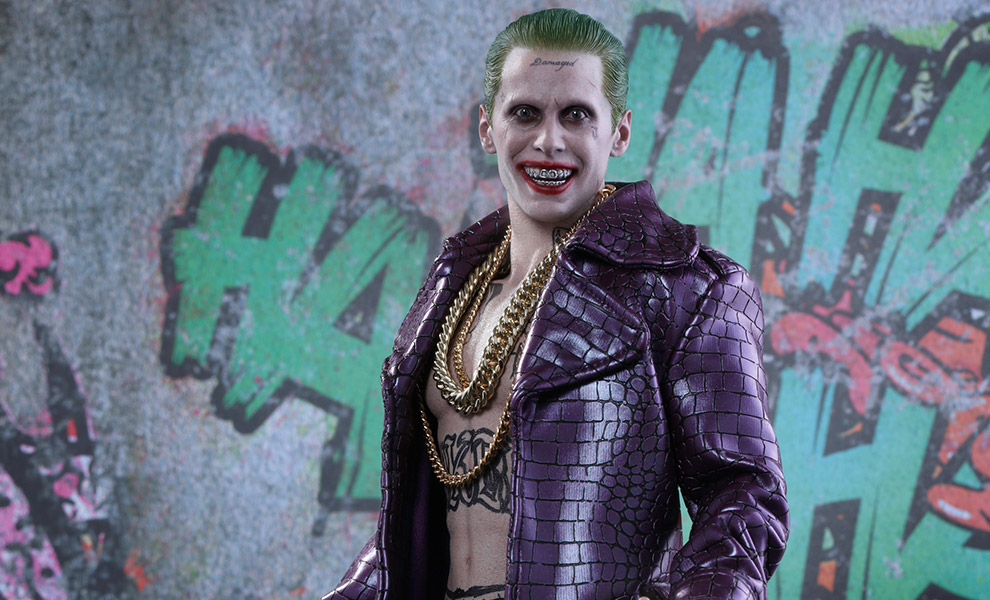 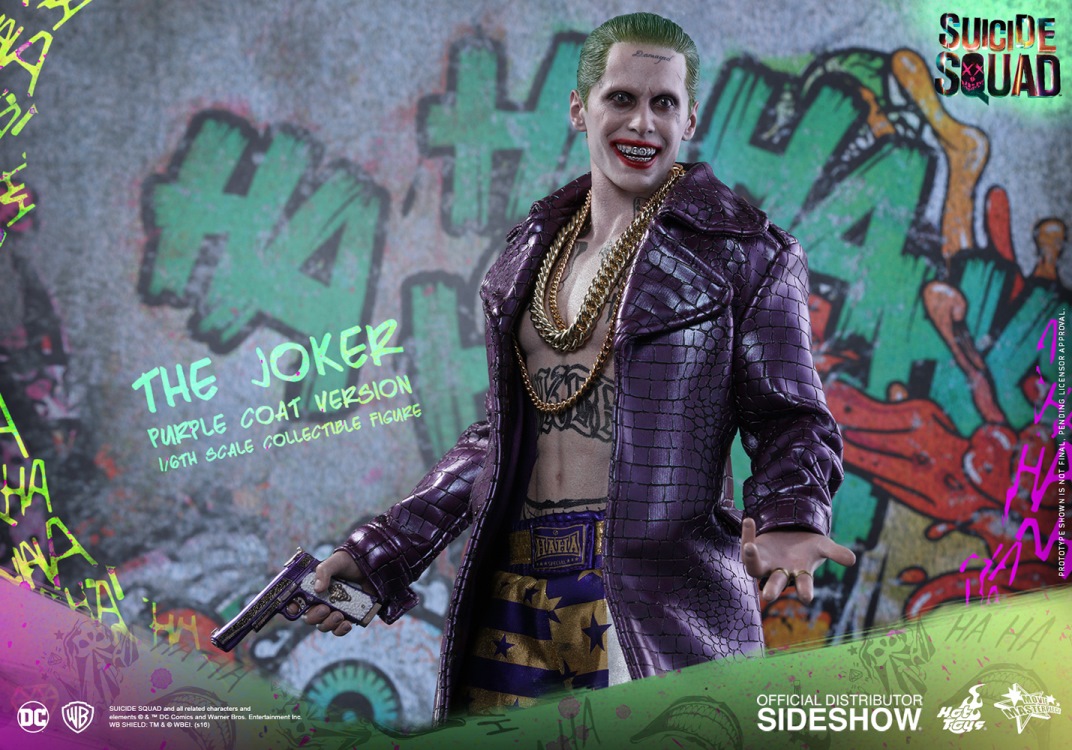 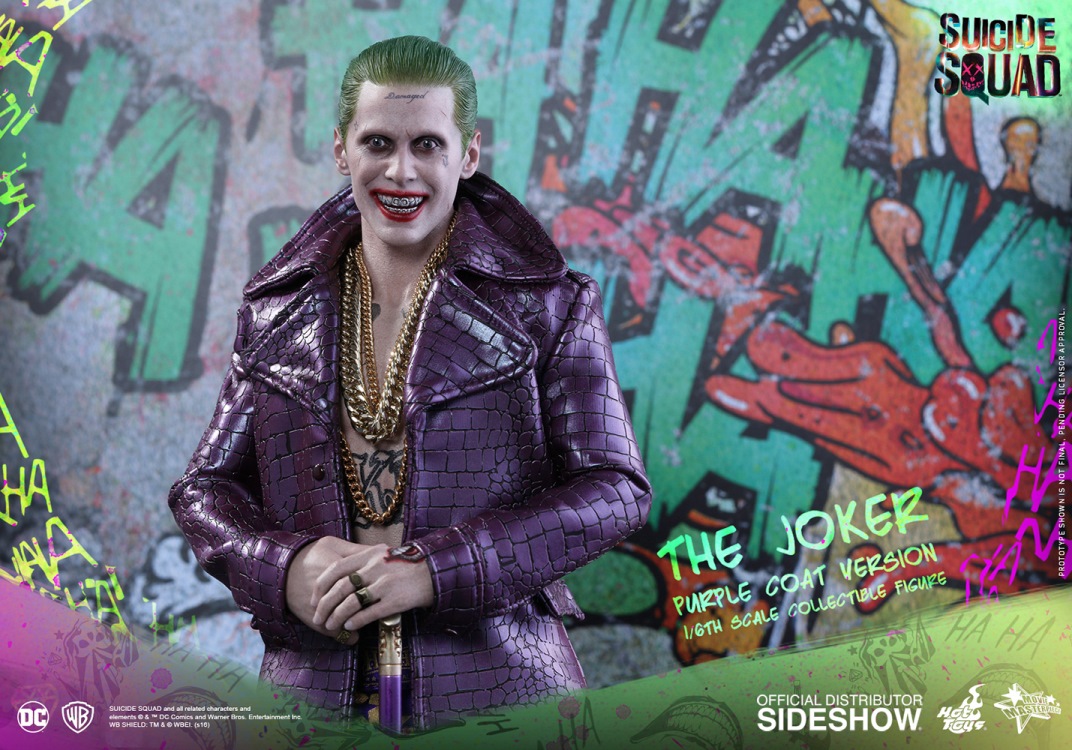 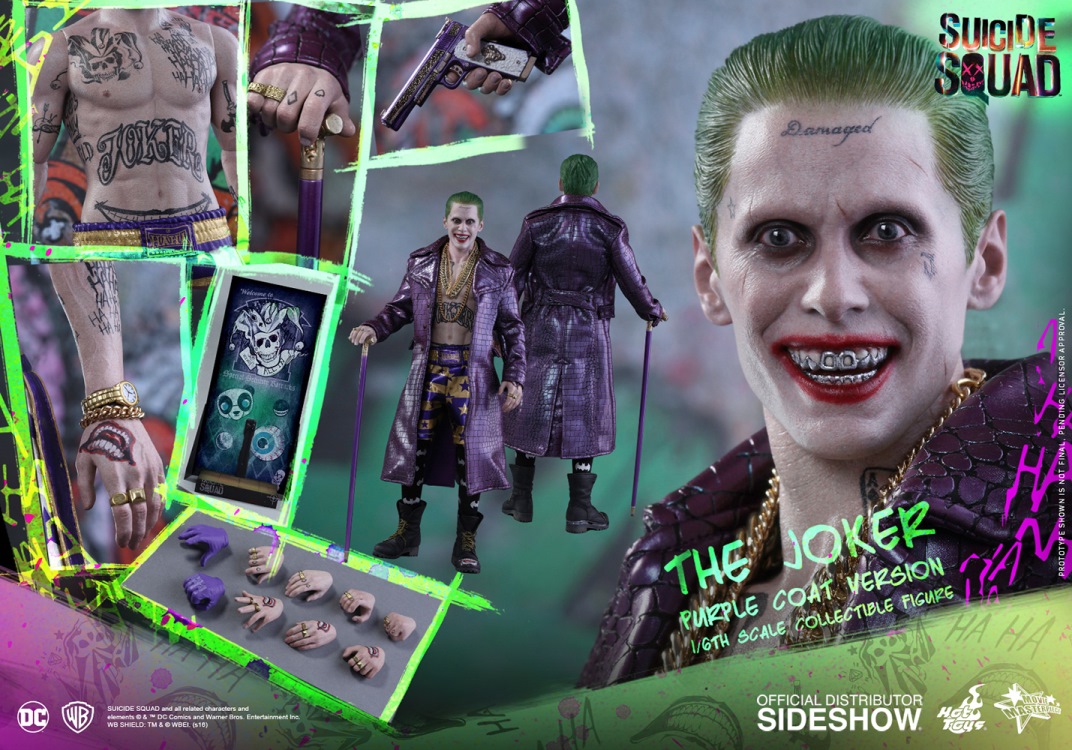 The release of DC Comics‘ upcoming blockbuster, Suicide Squad, is almost upon us. Fans will finally be able to witness the performance of Academy Award winner Jared Leto as the maniacal Joker in this new film and see his involvement with the suicide squad the secret government agency has recruited.

Sideshow and Hot Toys are delighted to officially introduce the sixth scale collectible figure of The Joker (Purple Coat Version) for all the Joker fans out there!

The highly movie-accurate collectible figure is specially crafted based on Jared Leto’s image as The Joker in his purple coat and boxer outfit in the movie featuring a newly sculpted laughing expression head sculpt, newly developed body for Joker to showcase the large variety of tattoos on his body, a finely tailored costume, and a specially designed Suicide Squad themed figure stand with character backdrop.

Don’t miss the chance to get your hands on this new Joker from Suicide Squad today!