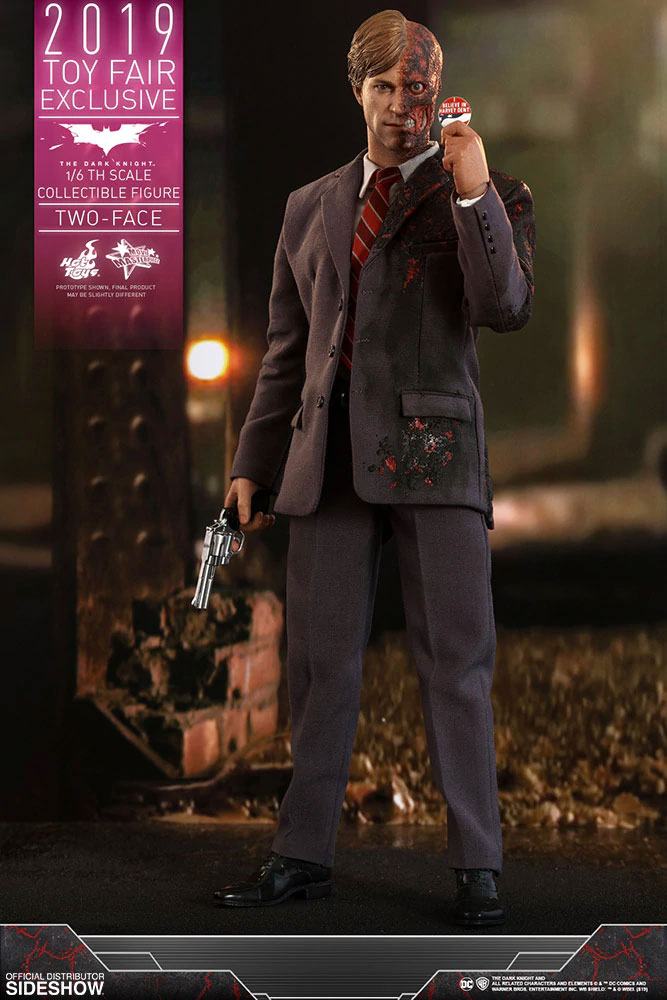 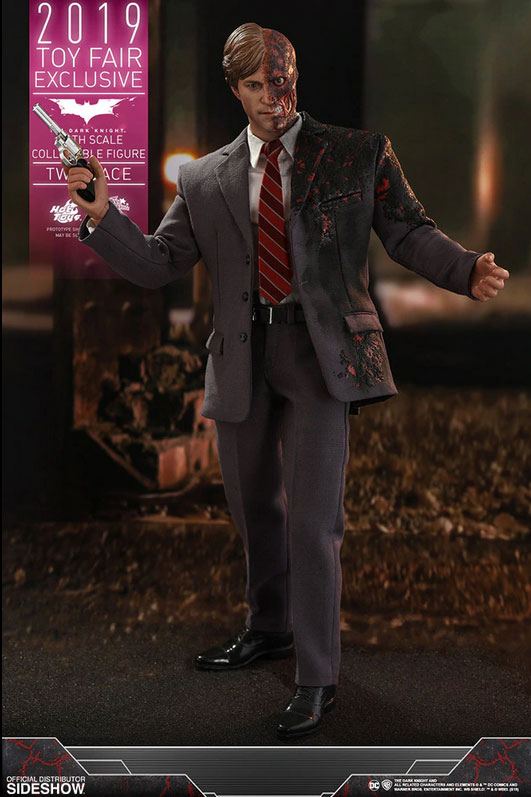 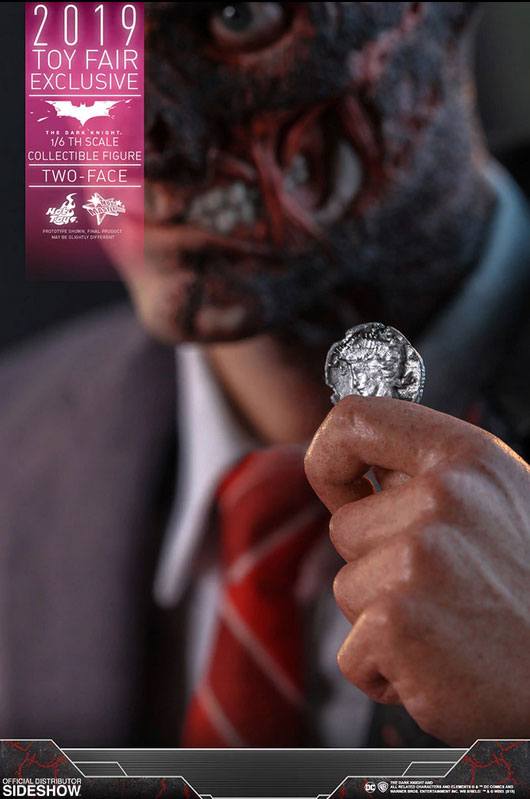 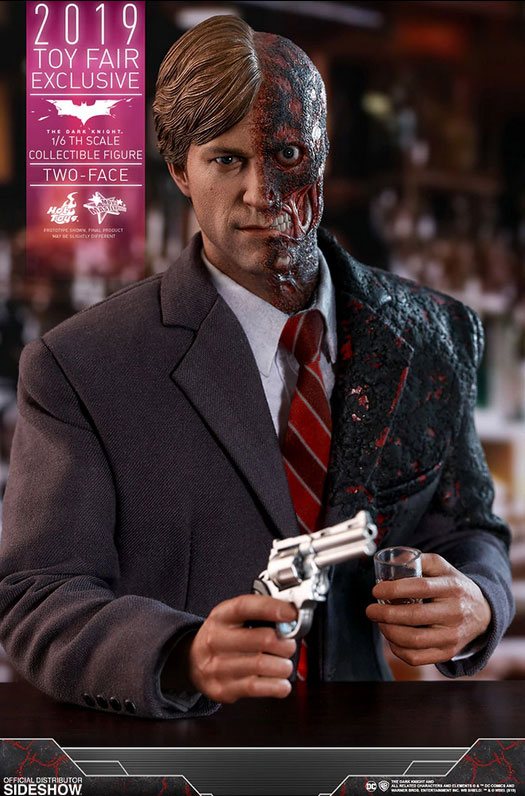 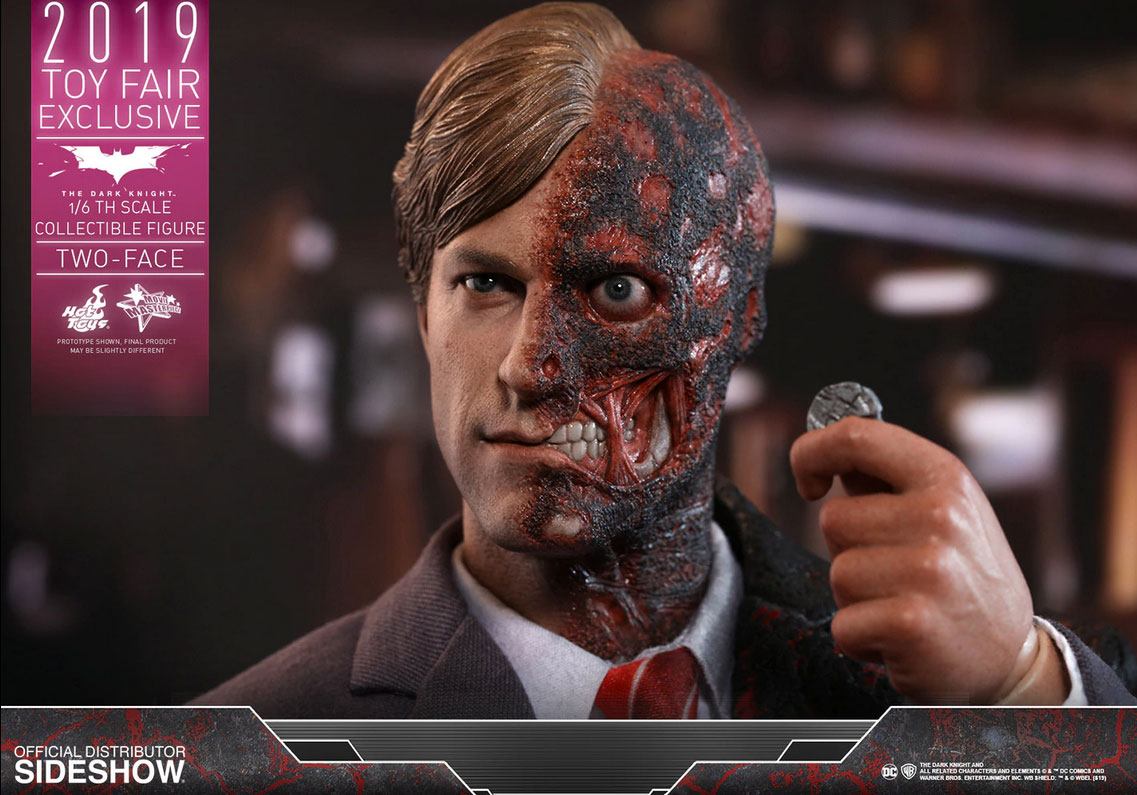 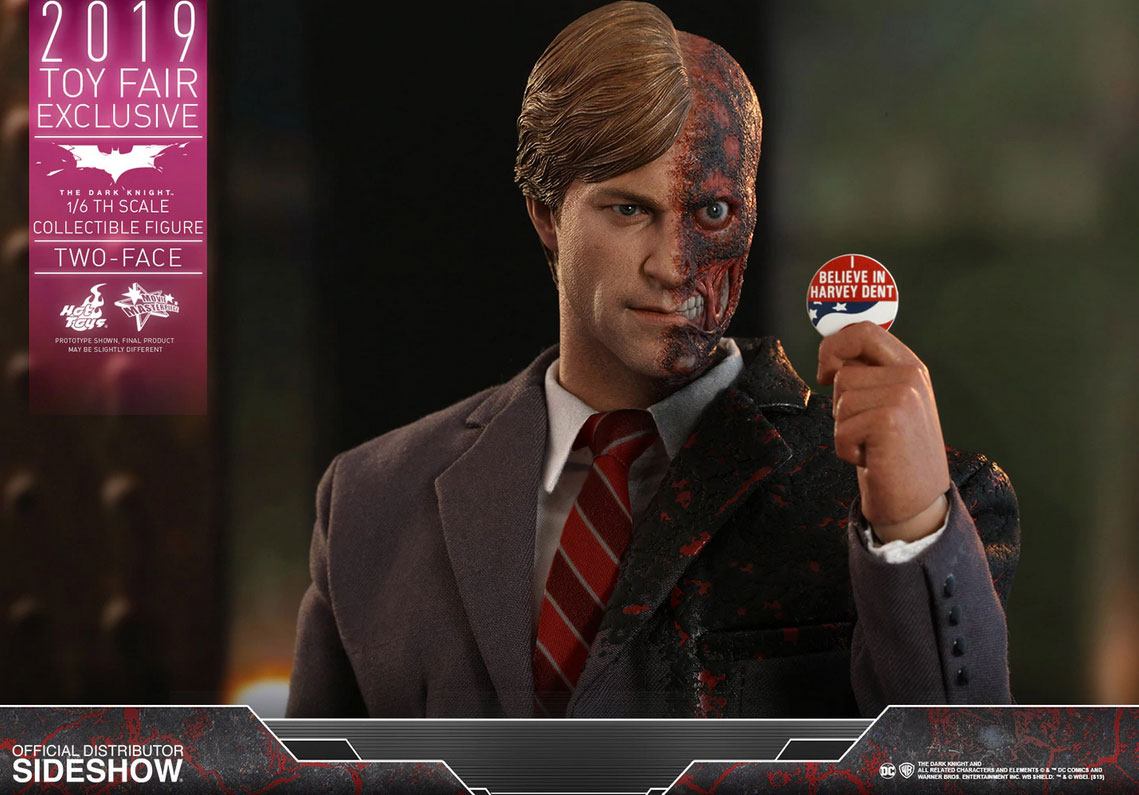 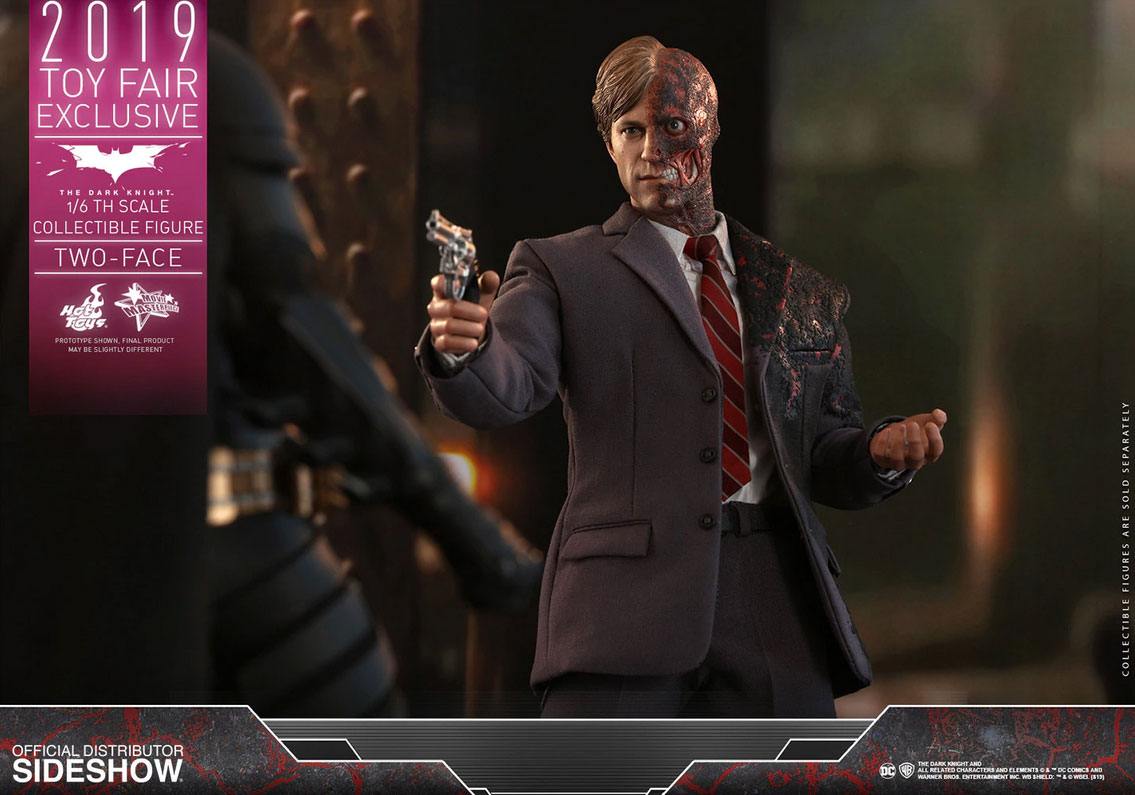 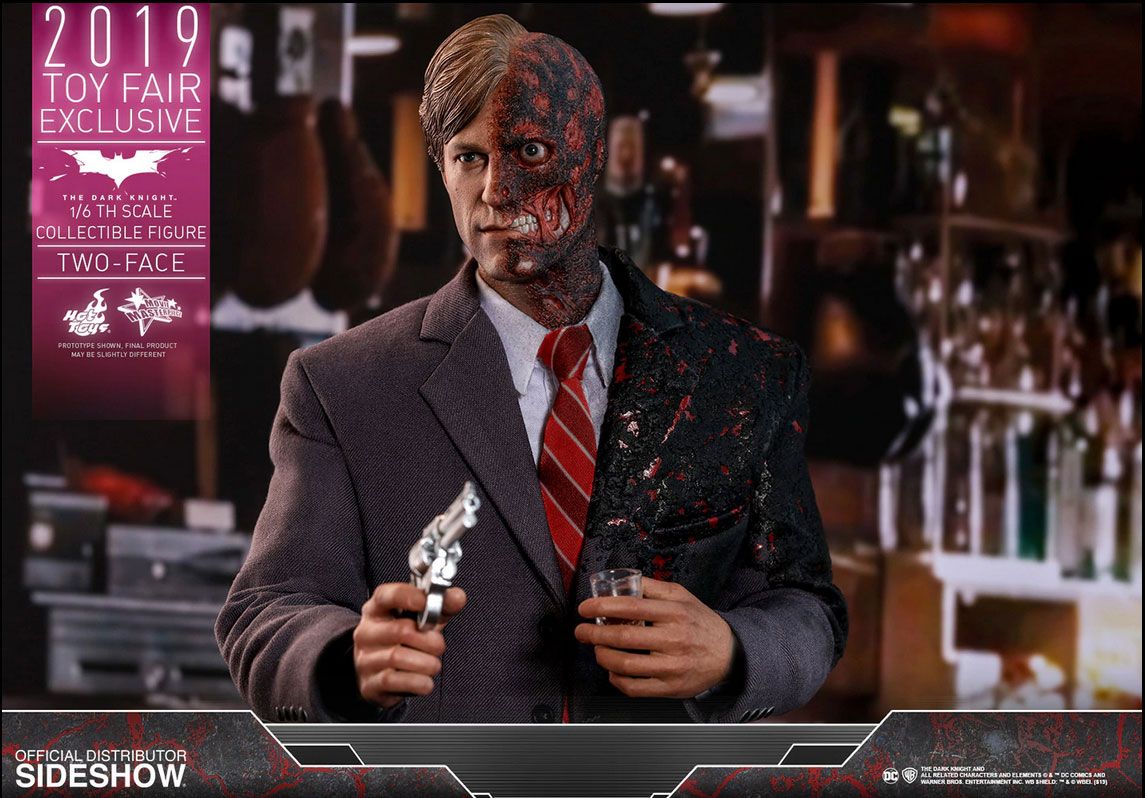 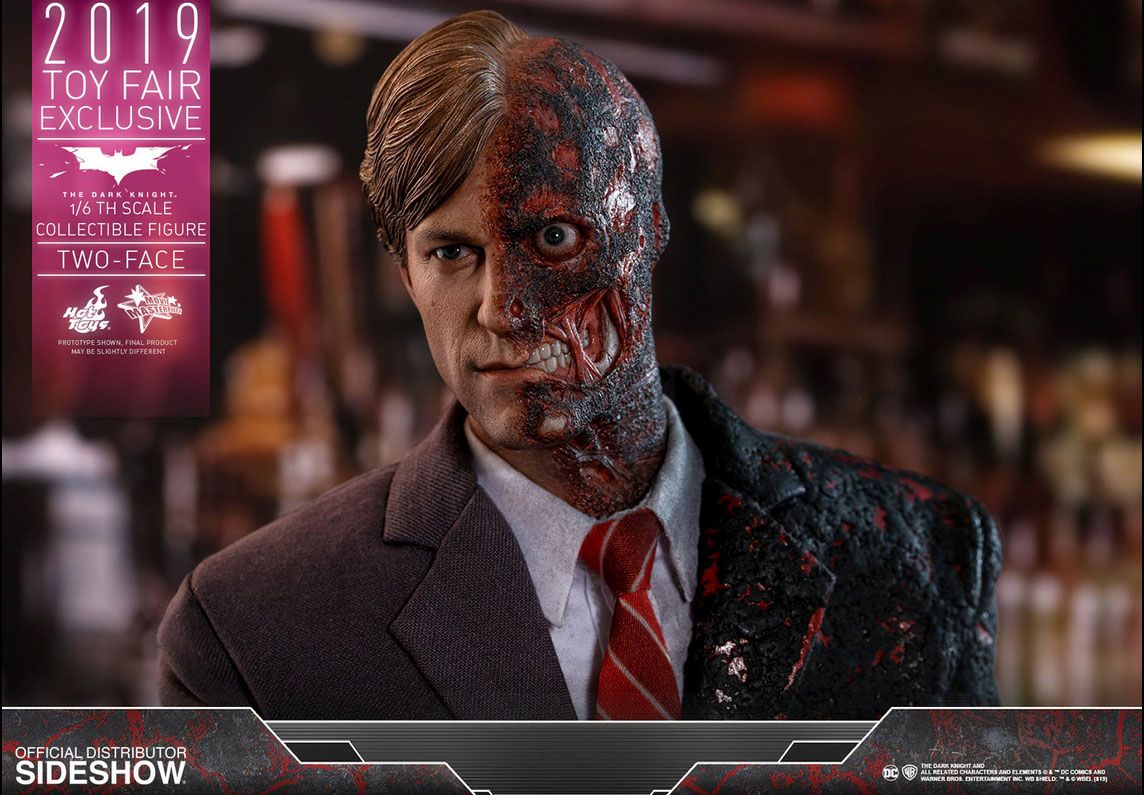 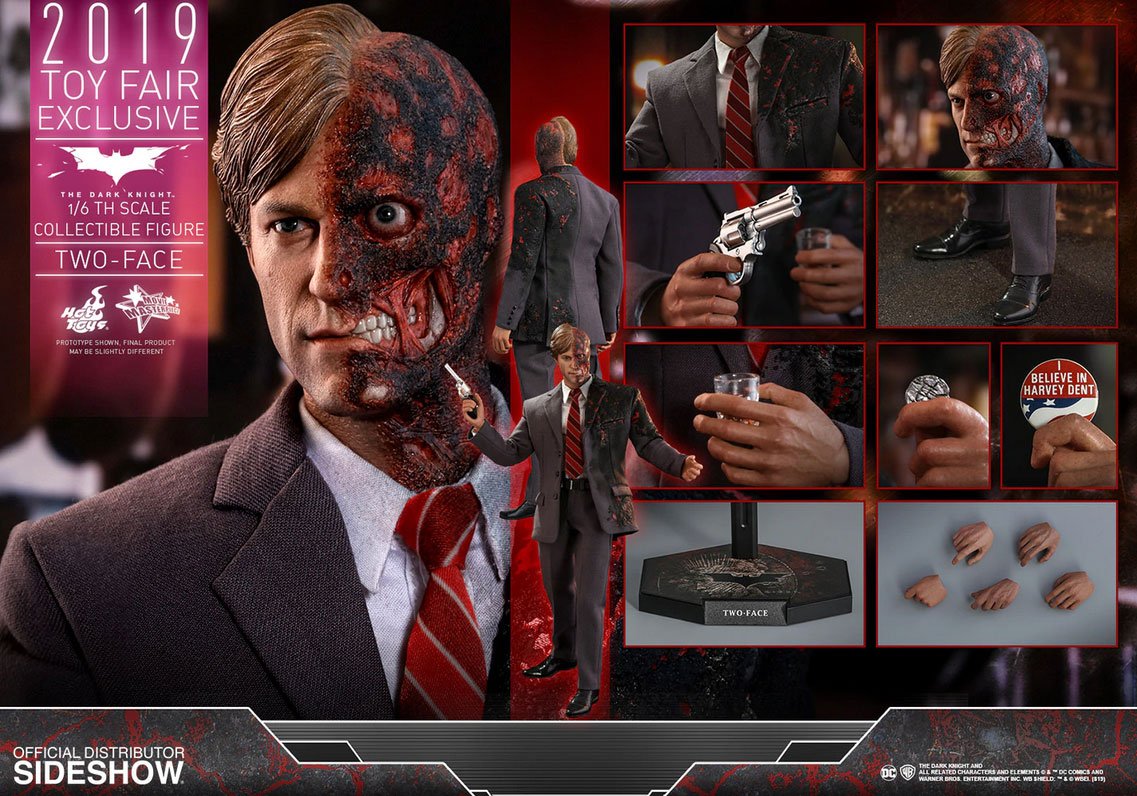 The Joker kidnaps District Attorney Harvey Dent in a ploy to distract Batman. When the Dark Knight attempts to save him, an explosion is triggered causing Harvey to burn, disfiguring him beyond repair. The tragedy leaves Dent traumatized, mentally disturbing him into insanity, blaming Batman for his condition. Harvey Dent becomes the villian Two-Face, forever carrying around a coin to determine whether he will do a good or evil deed.

The movie-accurate collectible figure is specially crafted based on the image of Aaron Eckhart as Two-Face/Harvey Dent in the movie featuring a newly developed head sculpt with half-burned face, finely tailored suit with burn marks, and a variety of accessories including a pistol, drink, badge, coins, and a movie-themed figure stand.

Your Dark Knight collection wouldn’t be complete without this Two-Face collectible figure.