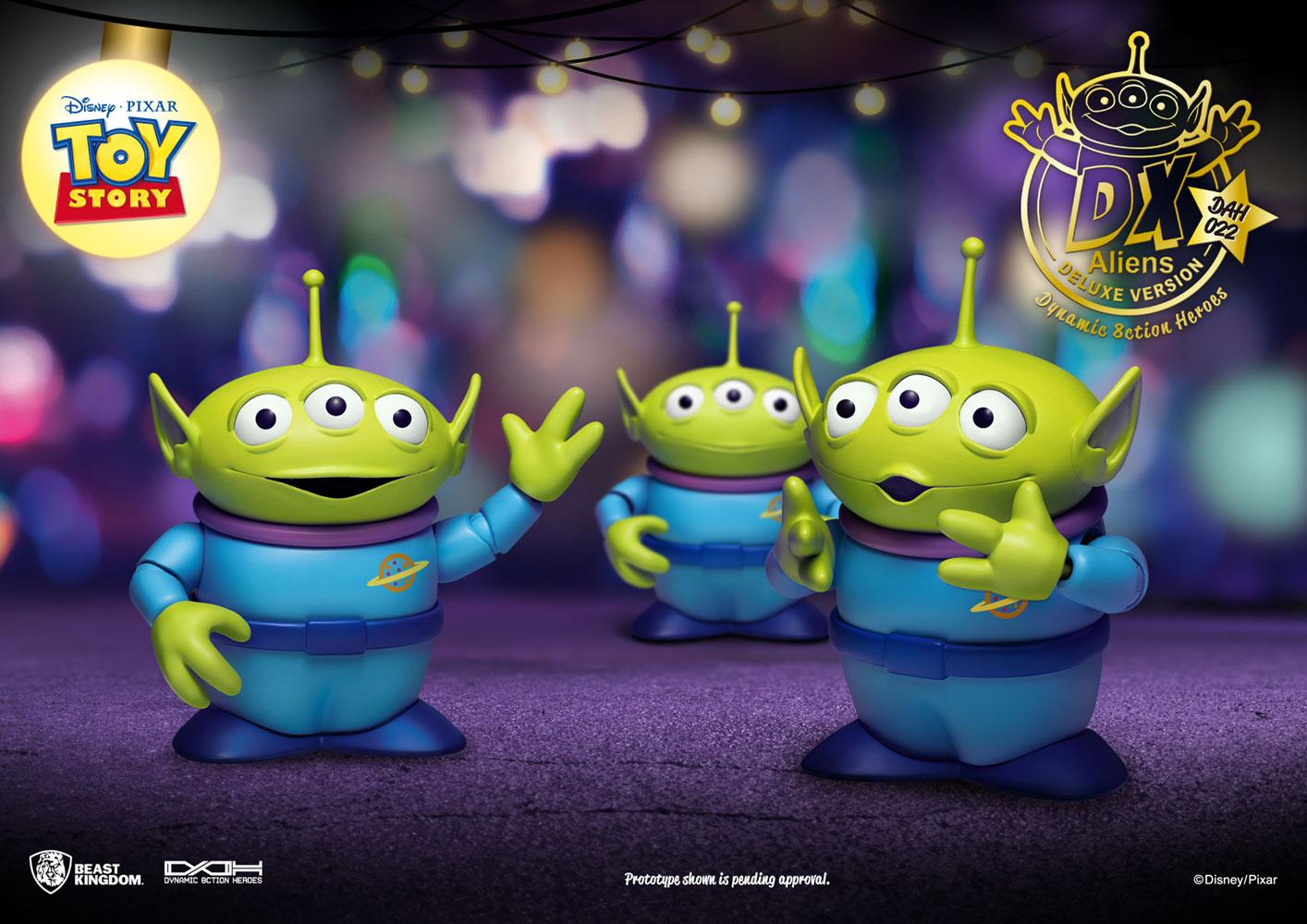 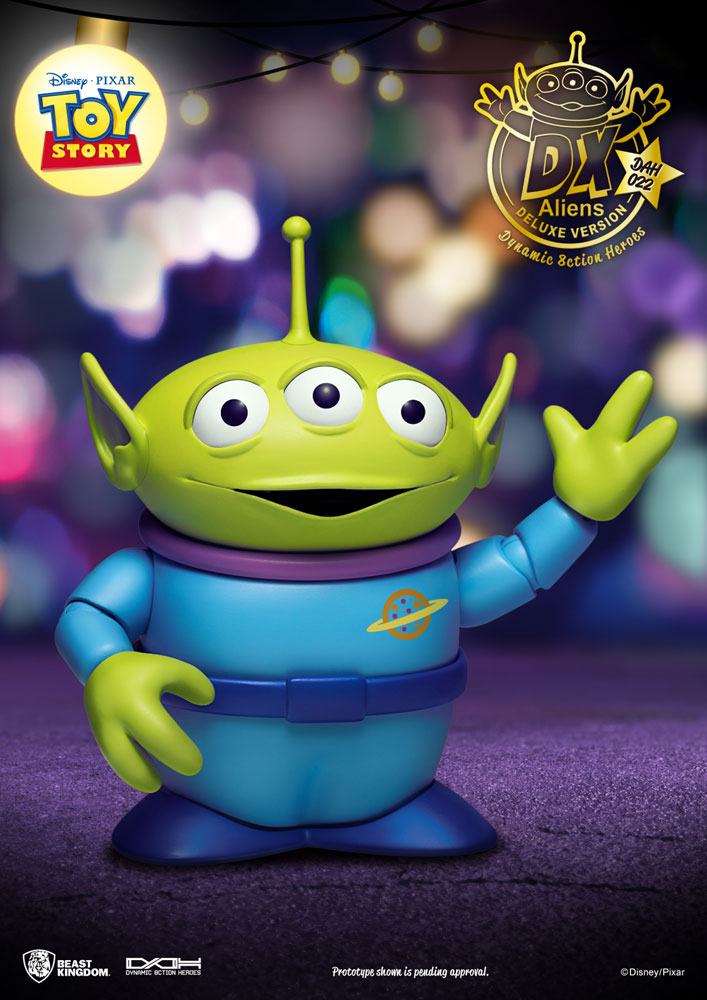 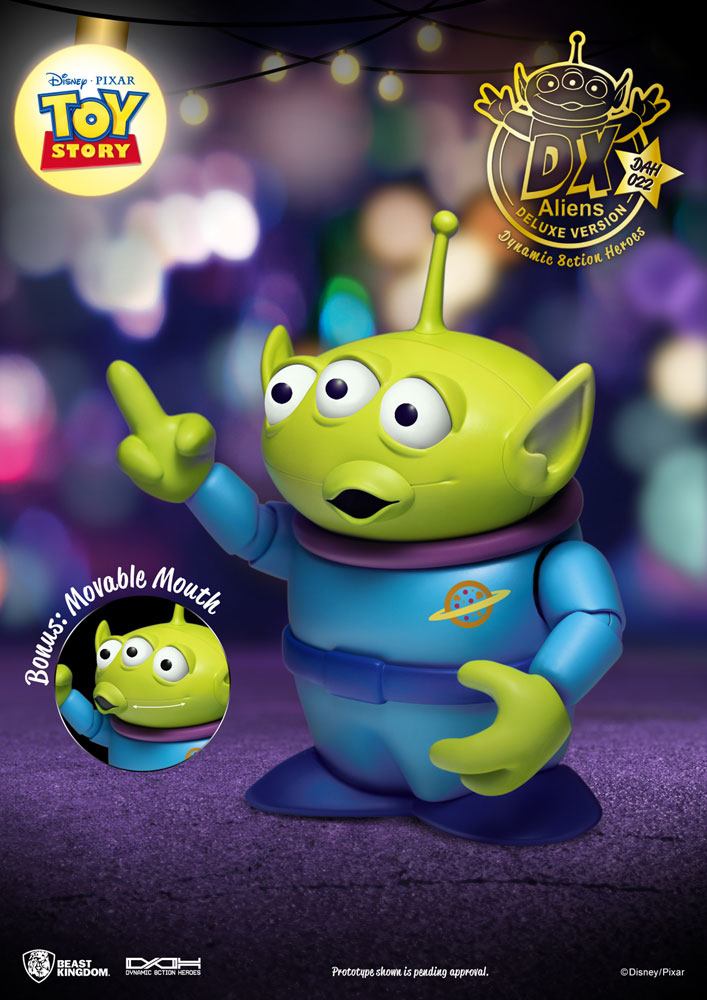 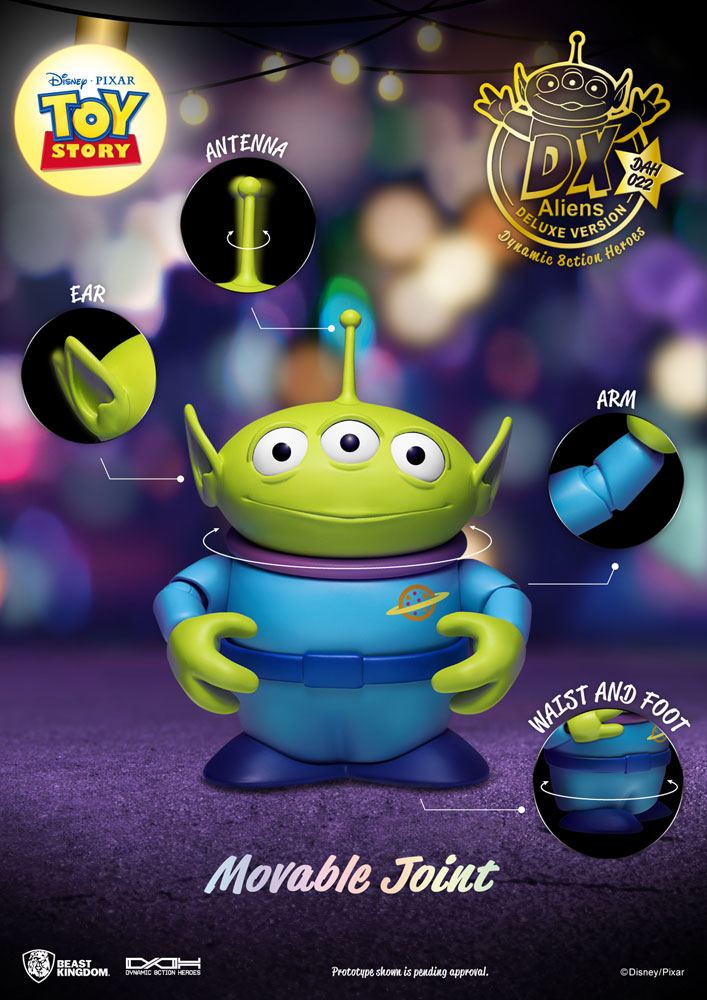 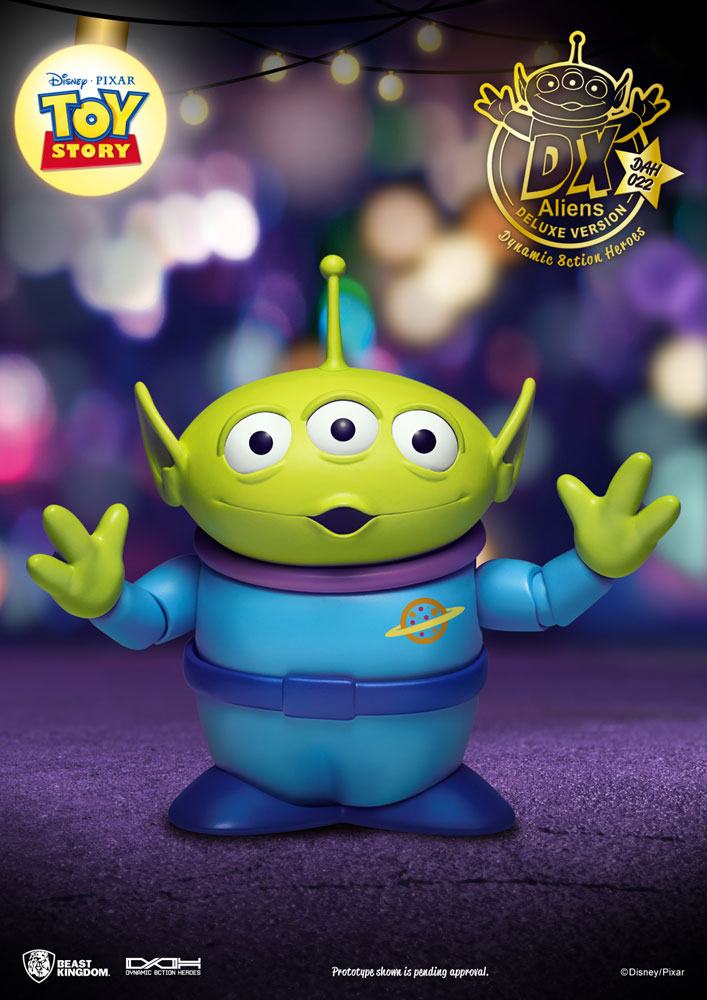 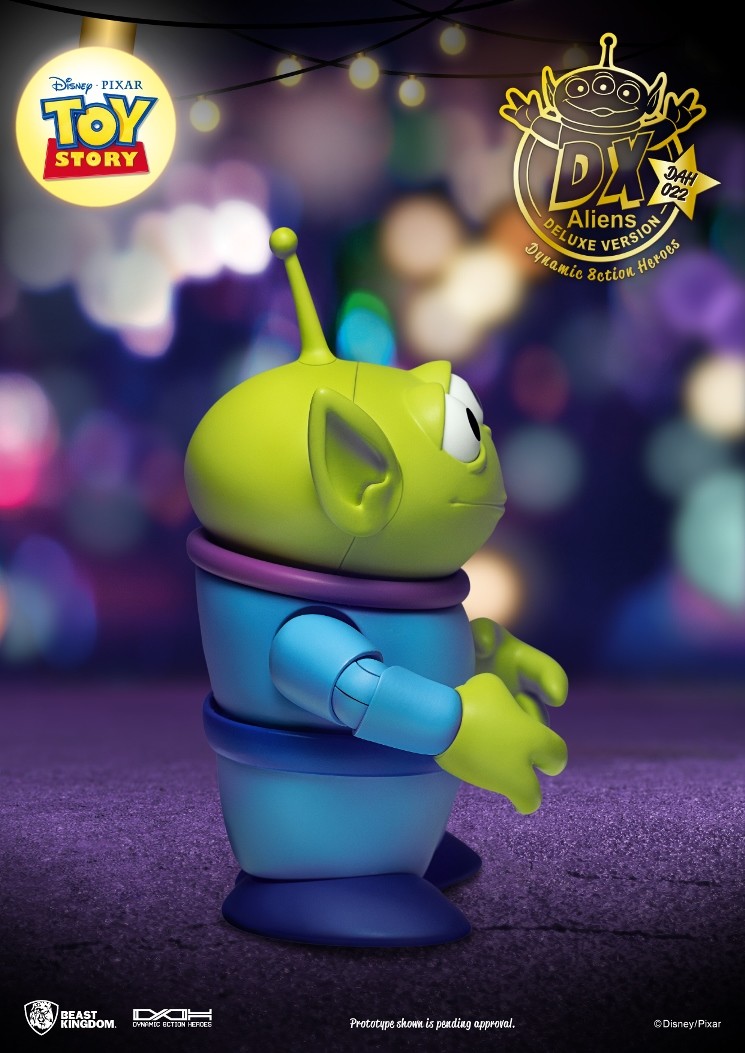 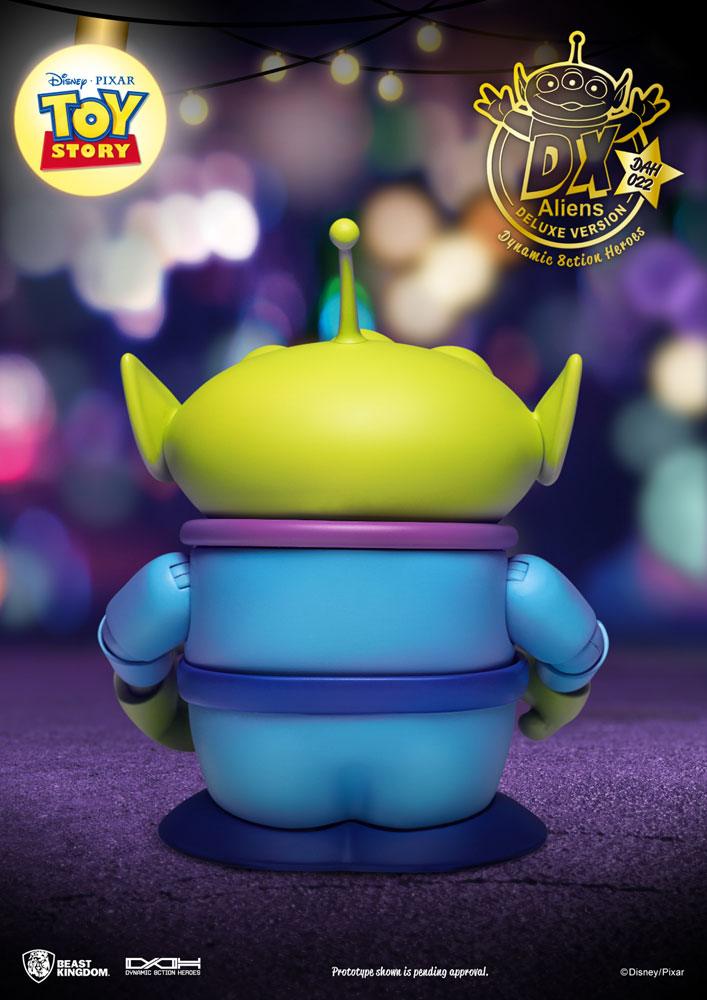 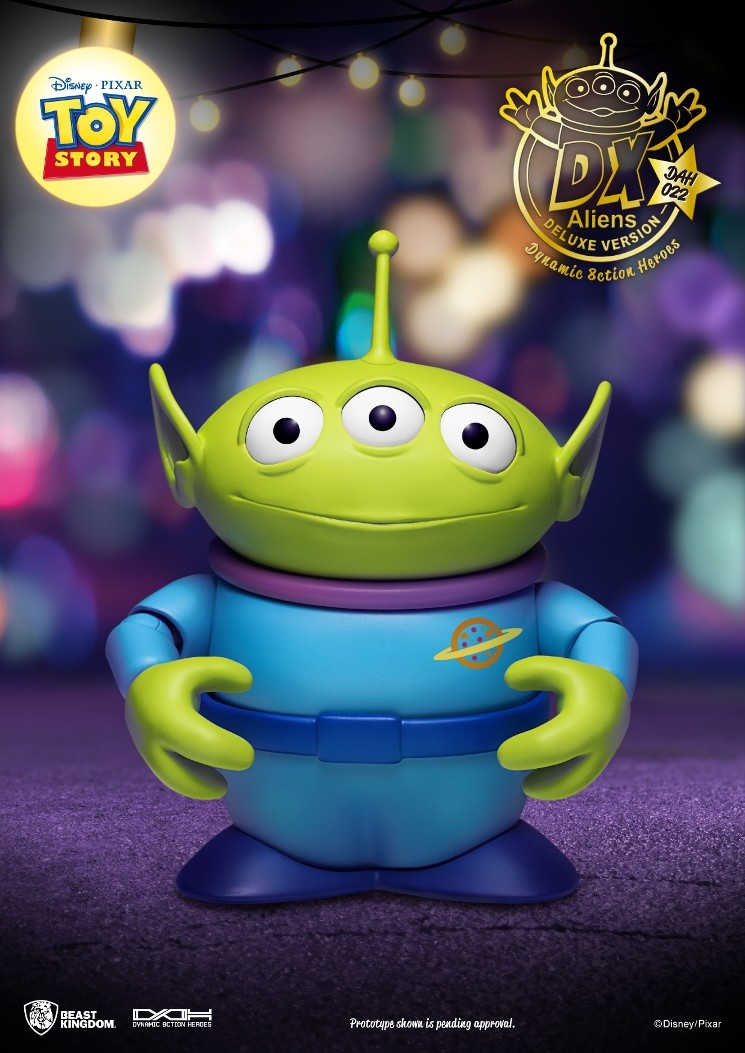 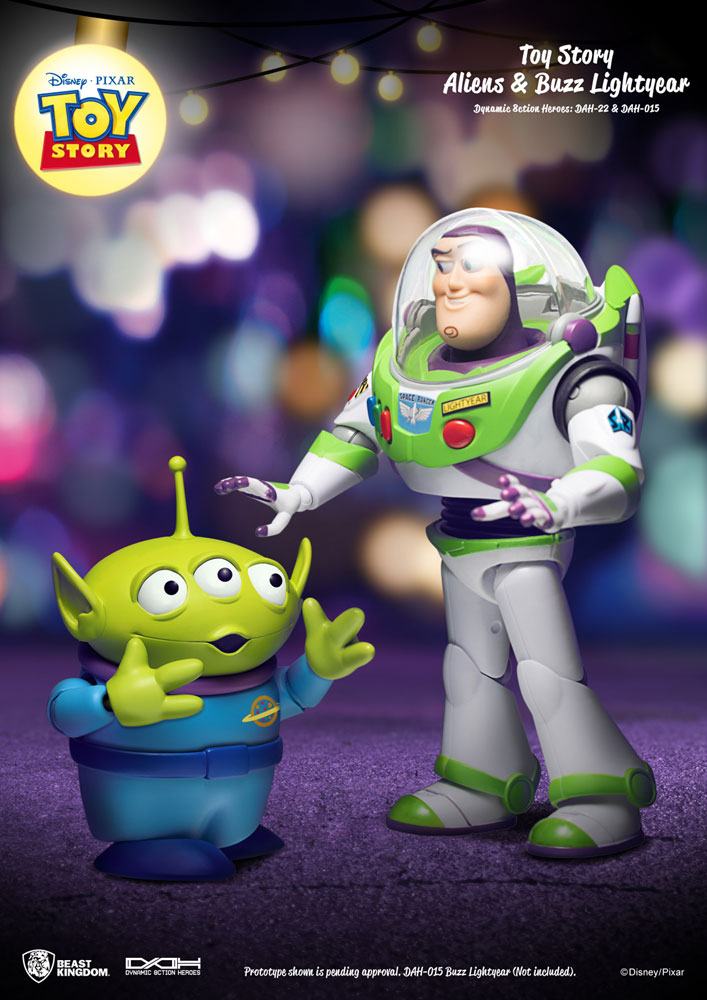 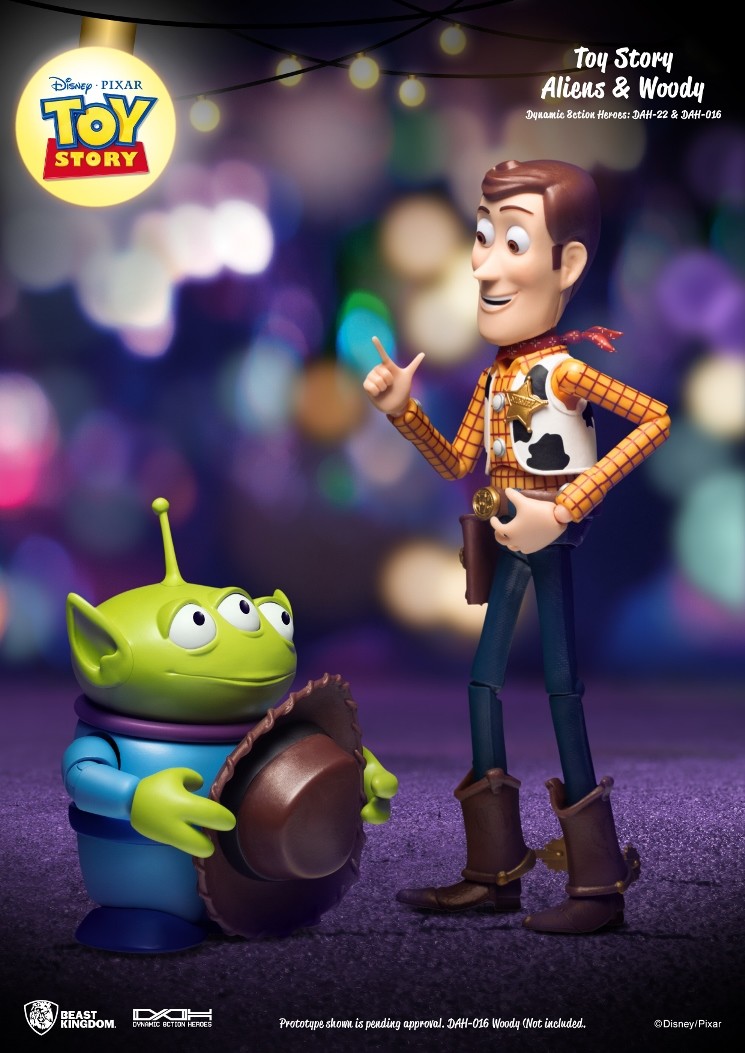 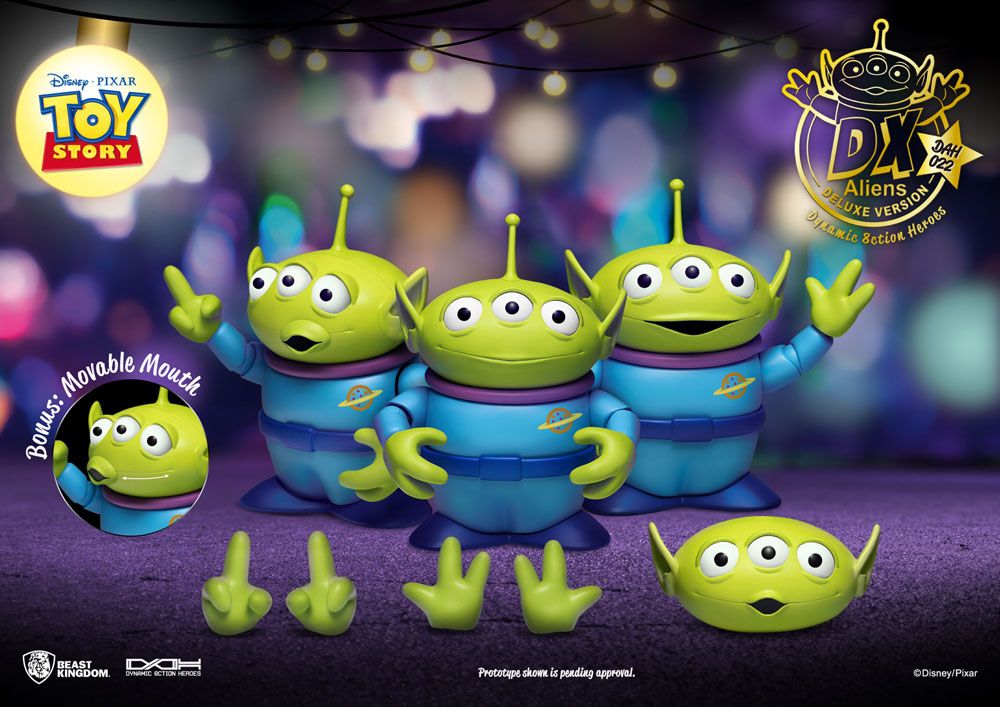 Fond memories deserve to be revisited over and over again, and which animated movie series has brought such amazing characters and memories in the past 25 years than Disney‘s celebrated classic Toy Story! With so many different heroes in the franchise, vying for the top spot, one group of adorable Aliens have often been cited as the cutest!

Those Aliens are of course the adorable Three-Eyed Aliens from Pizza Planet’s very own claw machine, making their debut in Toy Story 2! When these three eyed monsters get together, there is bound to be fun shenanigans to be had!

Also making their debut in the DAH Dynamic 8action Heroes Series is Beast Kingdom’s latest addition to the Toy Story DAH line ‘DAH Toy Story Aliens’. Join the DAH Woody and Buzz characters, with the latest in articulable action figures sure to put a smile on an fan’s face.

With the ability to pose, change faces and even replace hands these adorable Aliens will look great in any desk or claw-machine!

Taking home a DAH figure gives collectors a bevy of options from a number of movable facial expressions to movable eyes, ears and more. A perfect figure for collectors who demand the best in customisation.

For the ultimate collectable, take home the DX version which includes not two but THREE Aliens, and a replaceable face plate with an actual moving mouth!

All three figures stand approx. 12 cm tall and come together in a blister packaging.