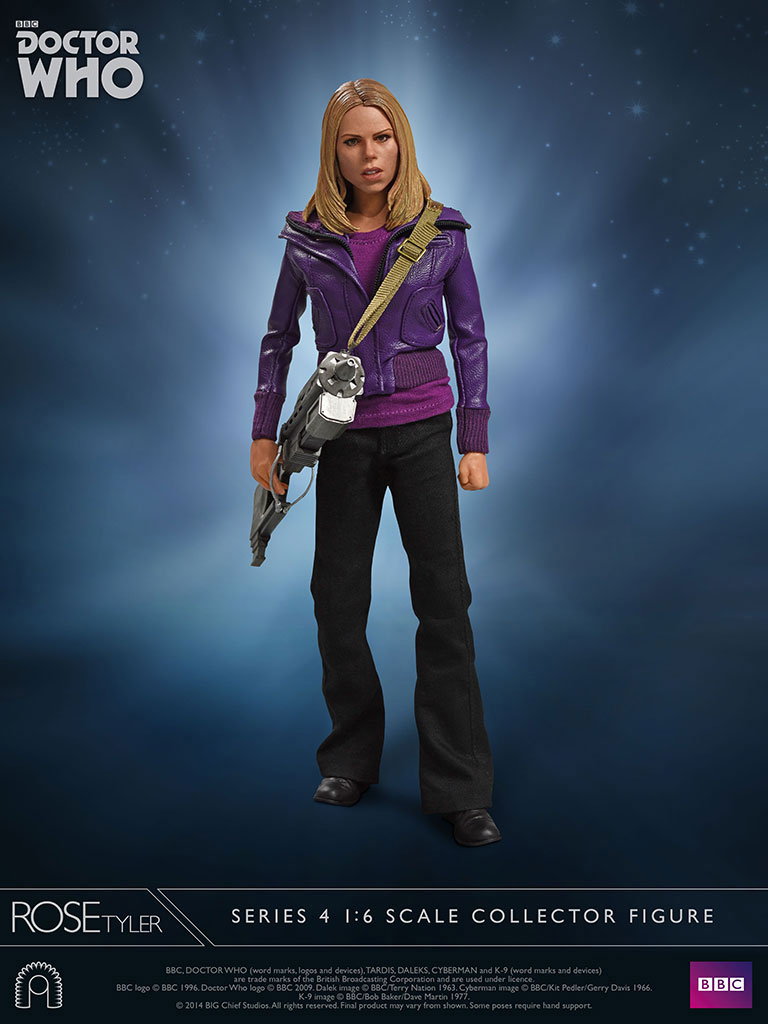 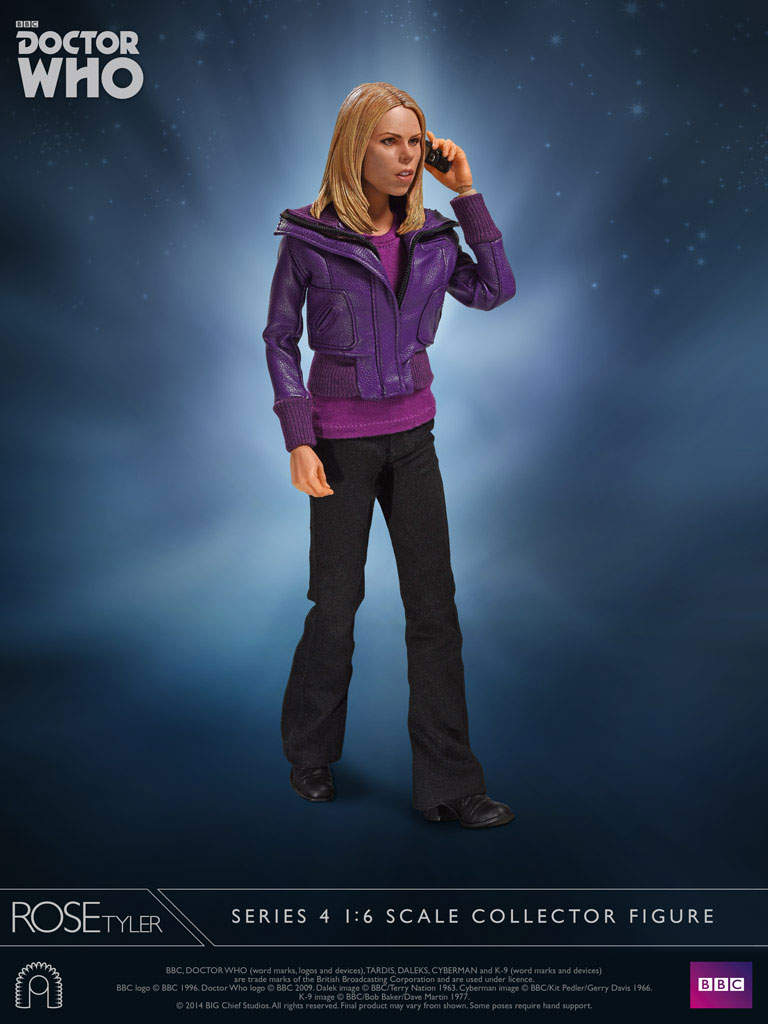 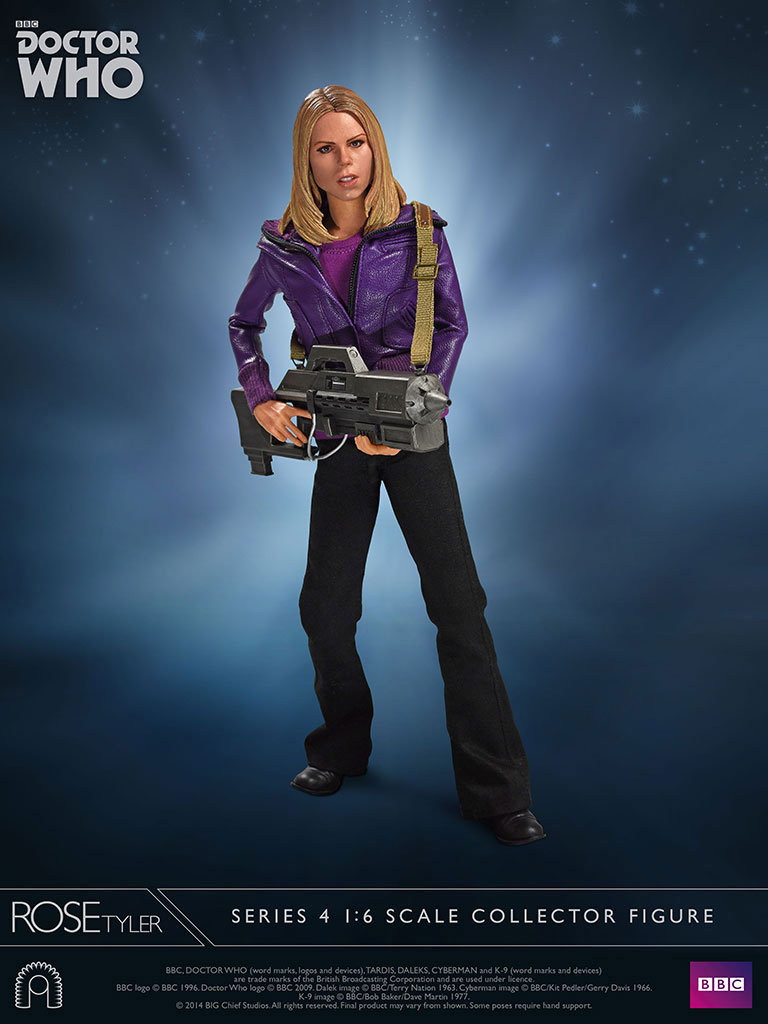 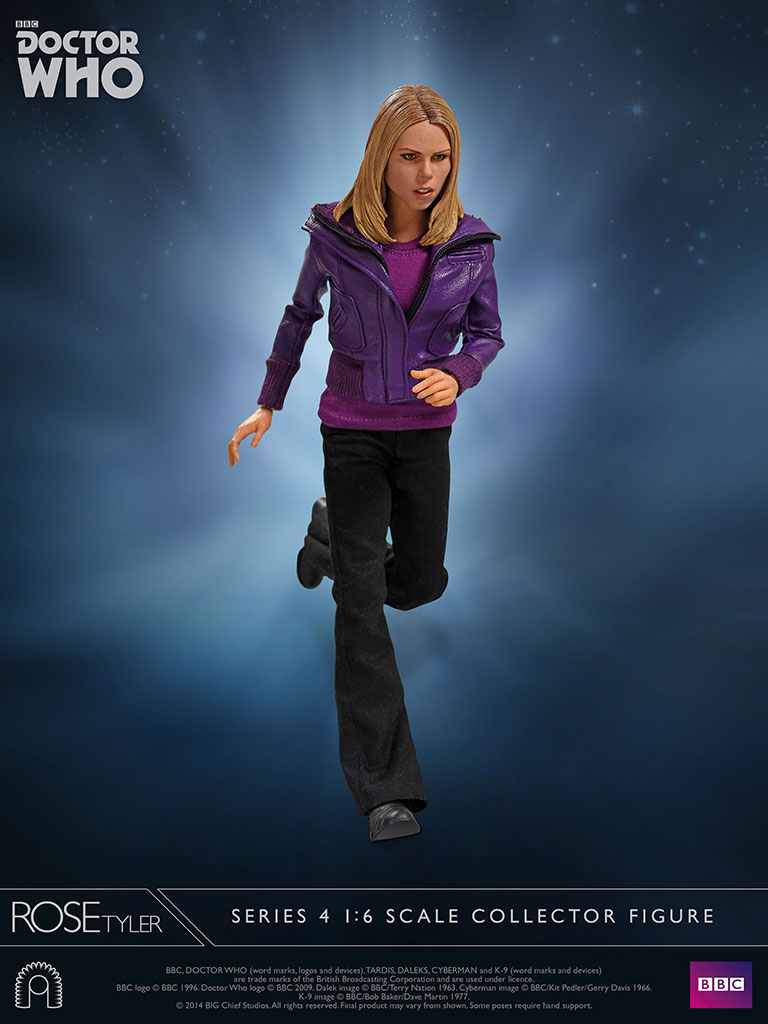 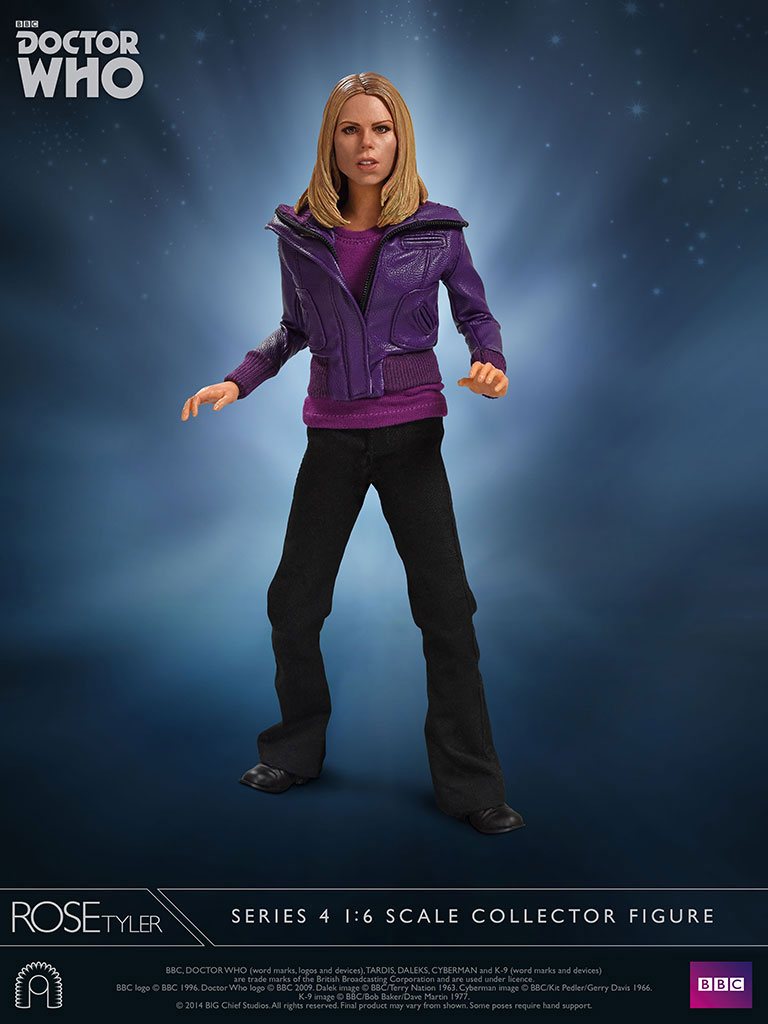 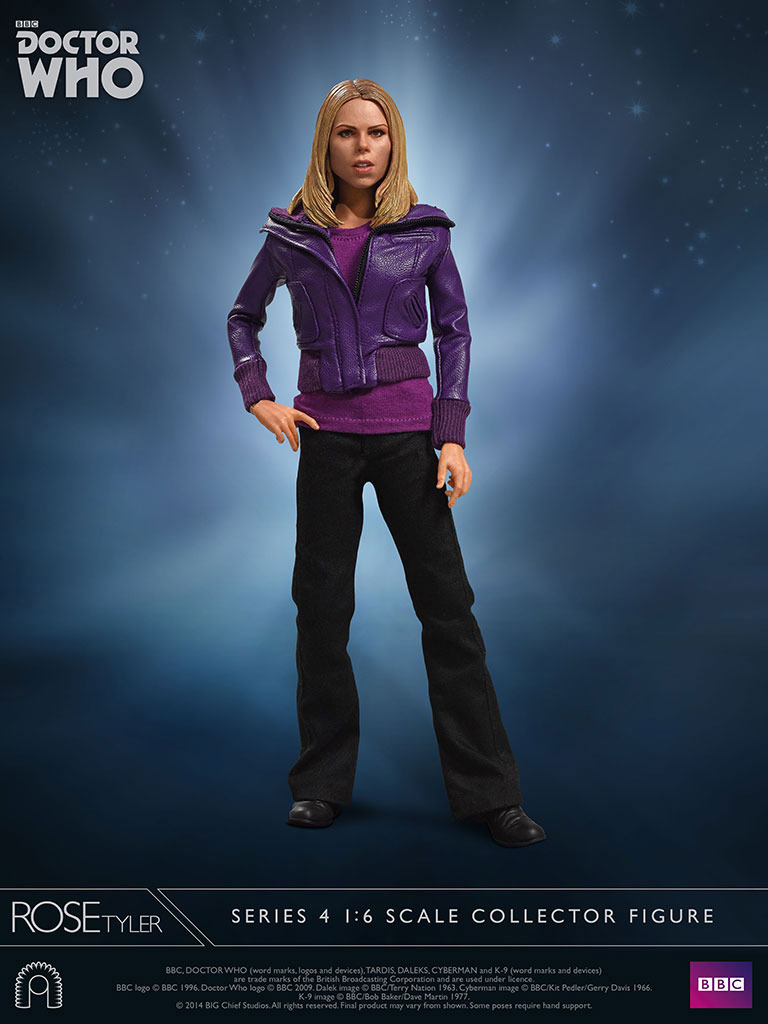 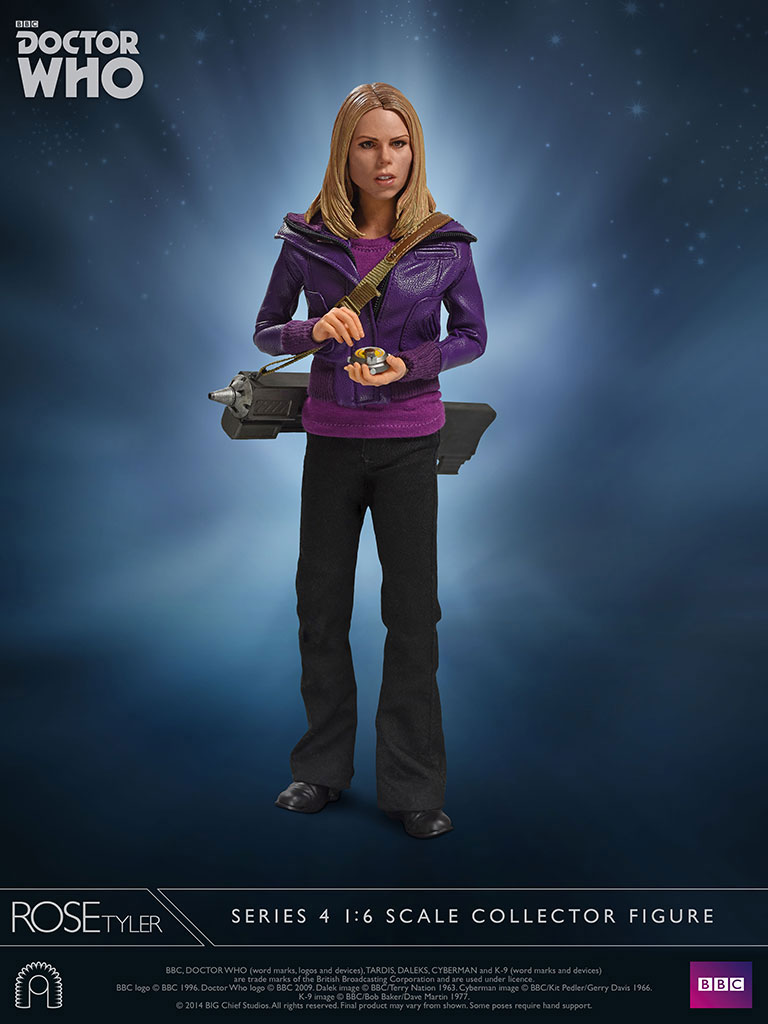 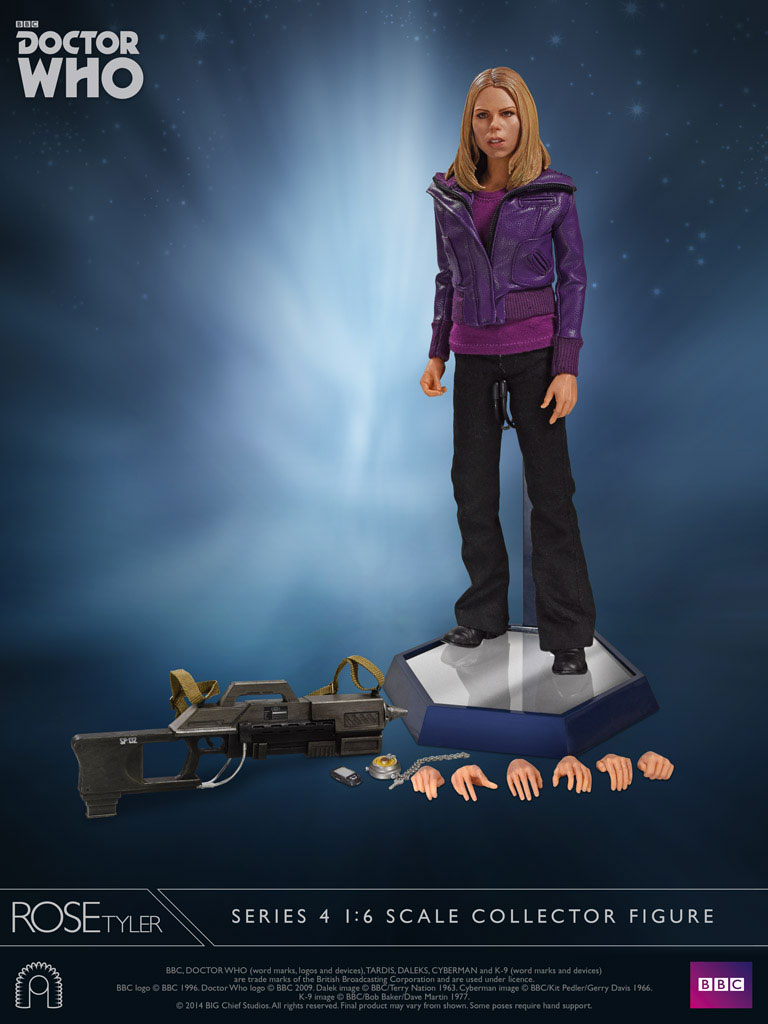 Feisty shop assistant Rose Tyler’ s life was saved by a chance encounter with the Ninth Doctor, who invited her to travel with him. Although travelling with the Doctor was often dangerous, Rose told him she would stay with him forever. Witnessing the Ninth Doctor?s regeneration only made that bond stronger. During the Battle of Canary Wharf Rose and the Tenth Doctor were separated ? trapped on parallel worlds. Using a Dimension Cannon she attempted to make contact with the Doctor on several occasions, eventually encountering him as he was exterminated by a Dalek. Once healed and the Daleks defeated, he returned Rose to the parallel world with her family and the half-human version of himself, to live the rest of their lives together.

BIG Chief Studios are proud to announce the next pre-order in the Doctor Who 1:6 Scale Figure Collection – Rose Tyler. Featuring a fully realised likeness of Billie Piper, the figure comes outfitted in her series 4 costume and is armed with the Torchwood Gun, plus numerous accessories and a light-up Bad Wolf display base.