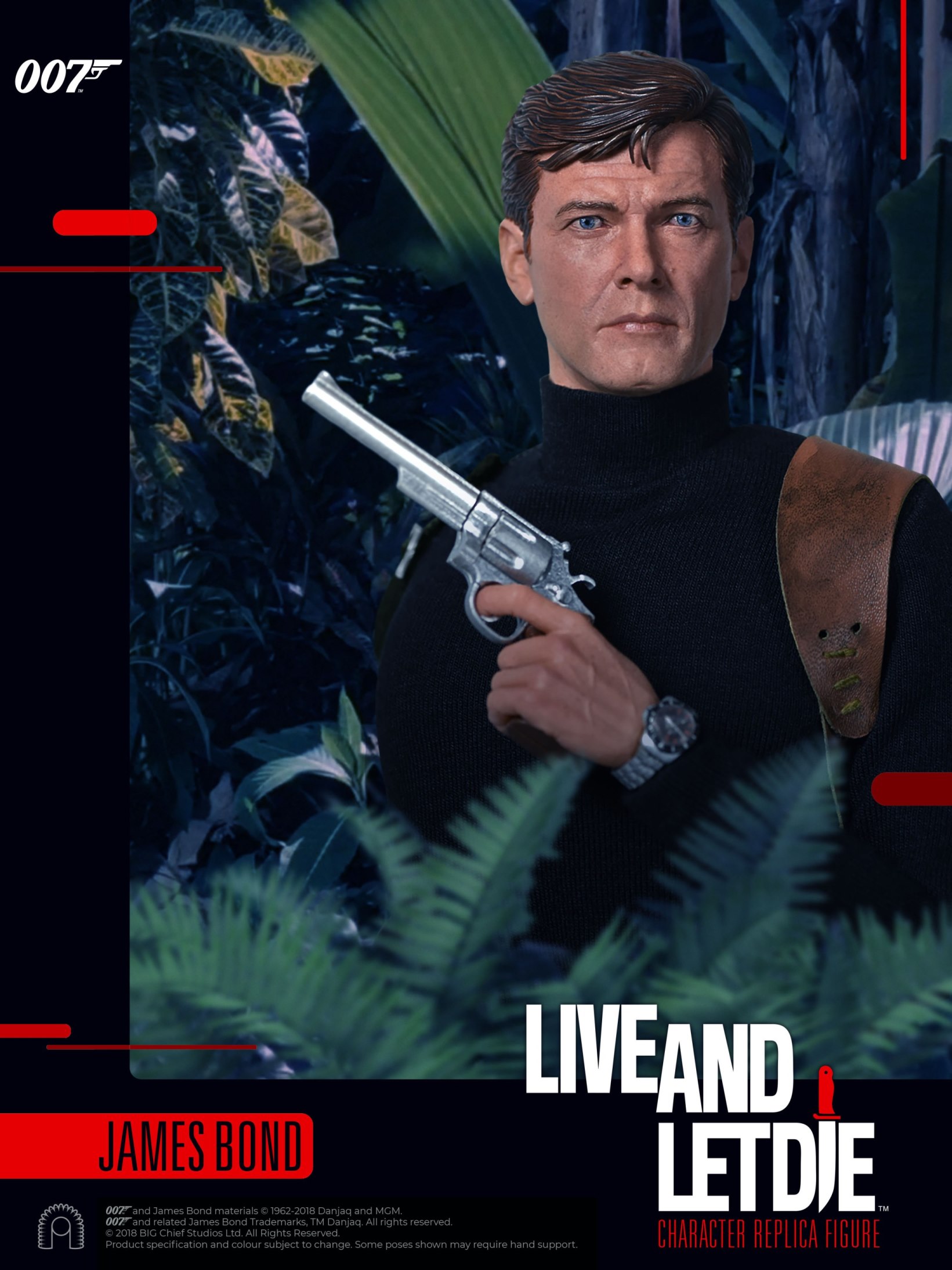 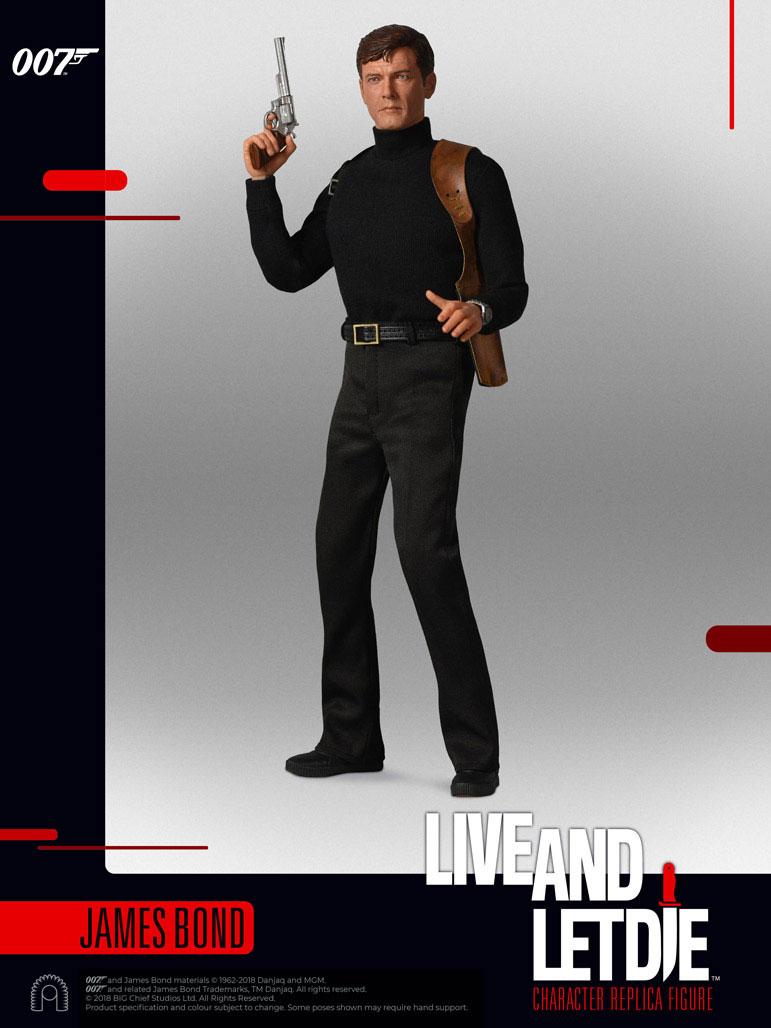 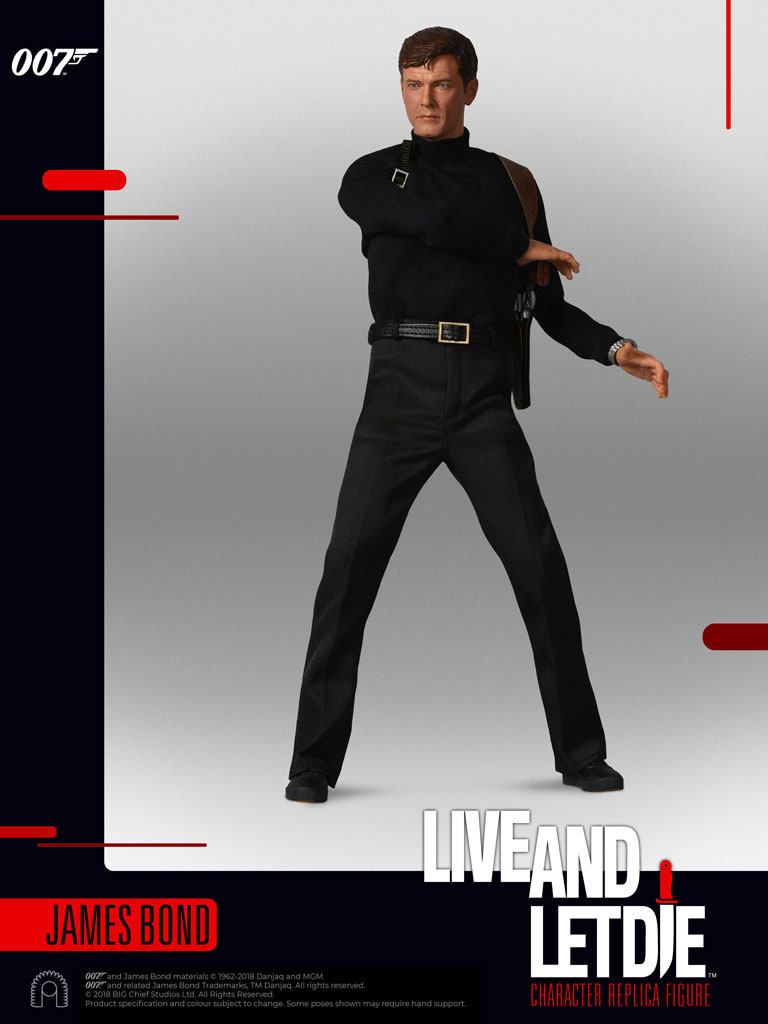 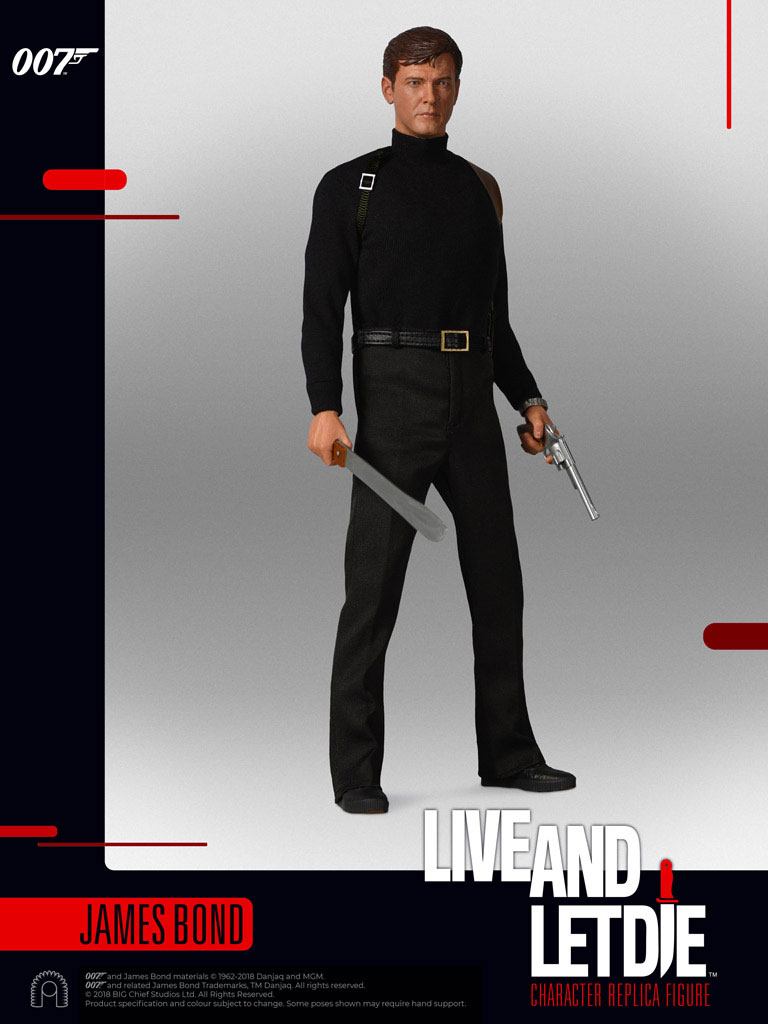 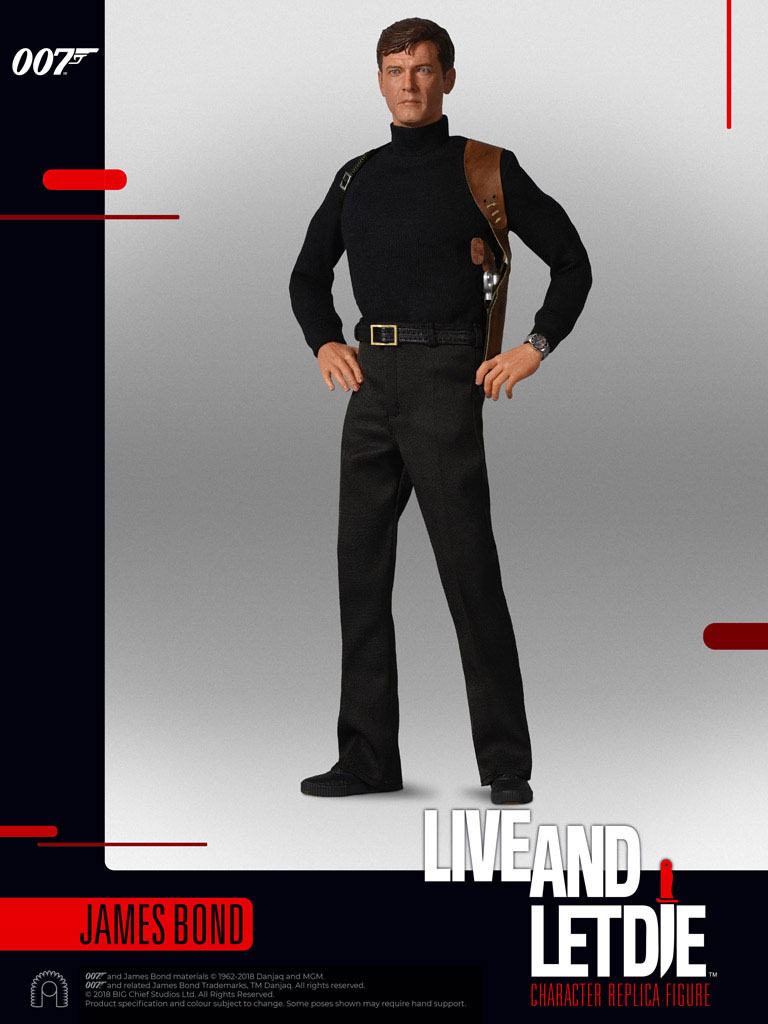 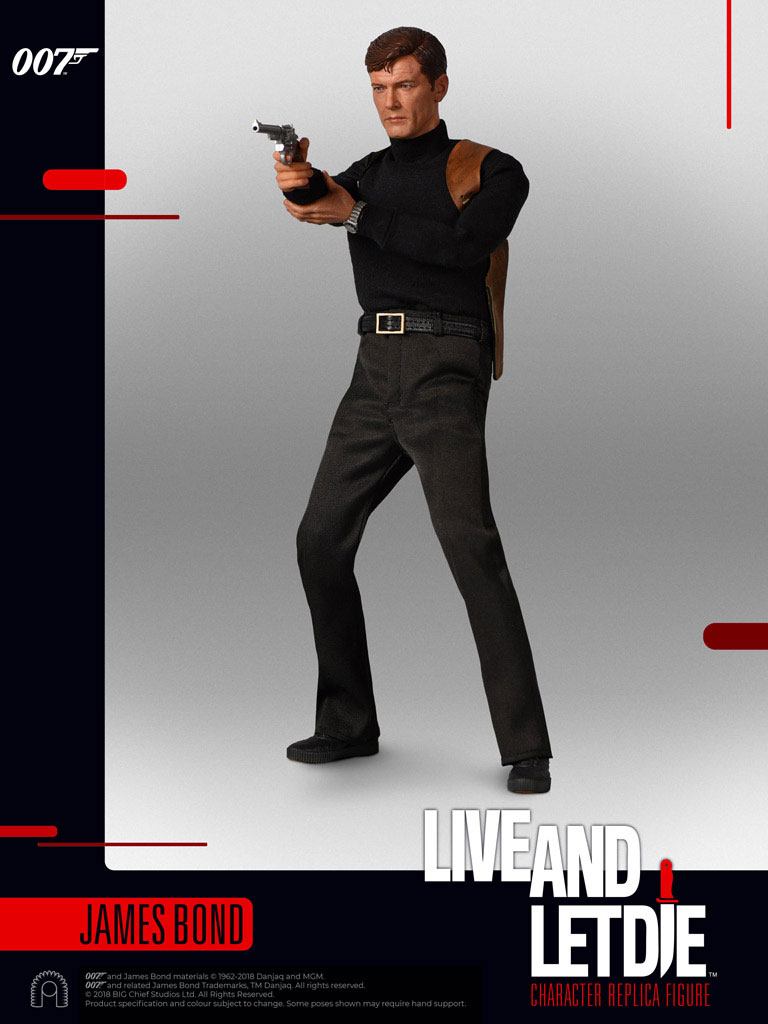 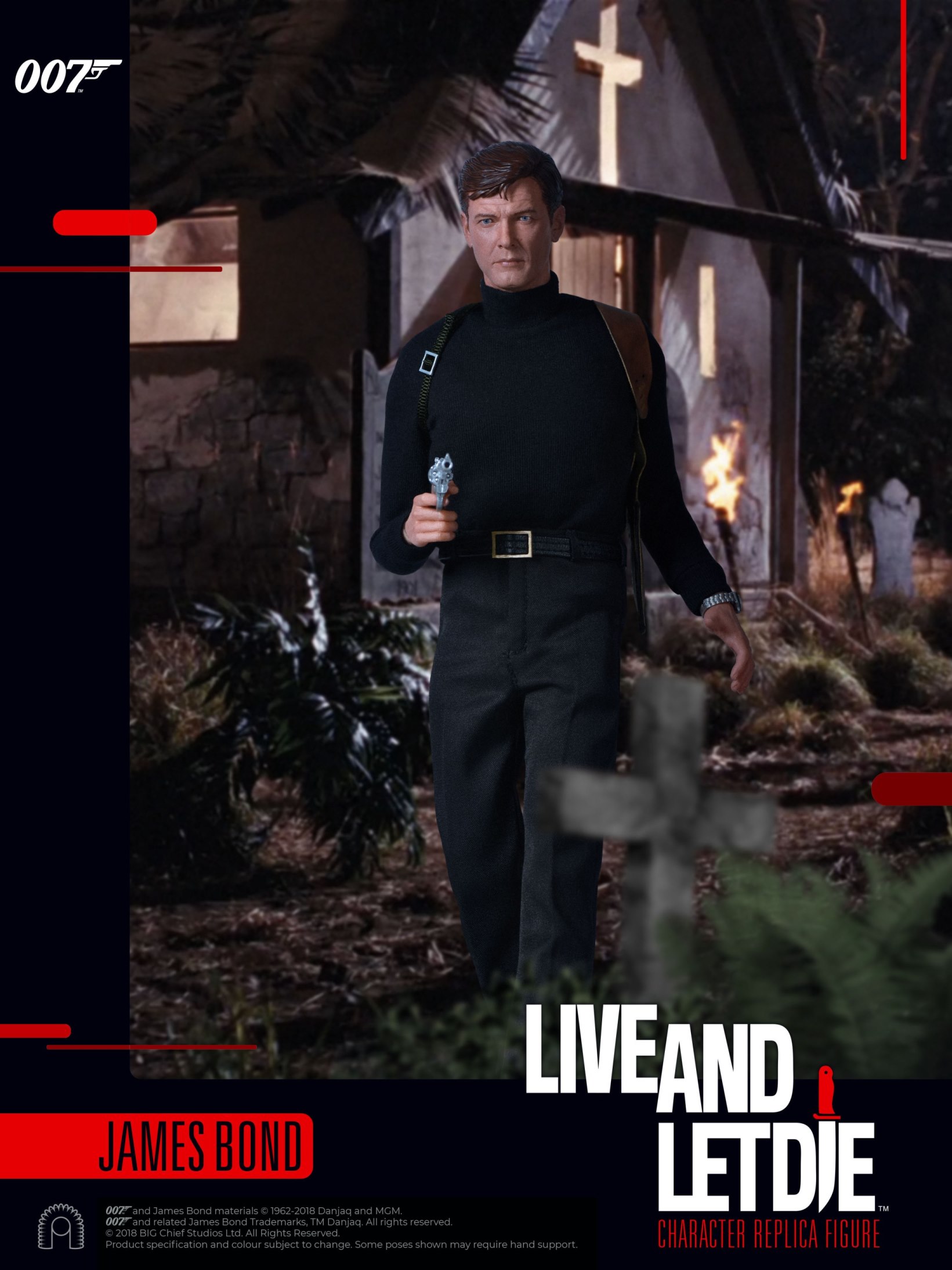 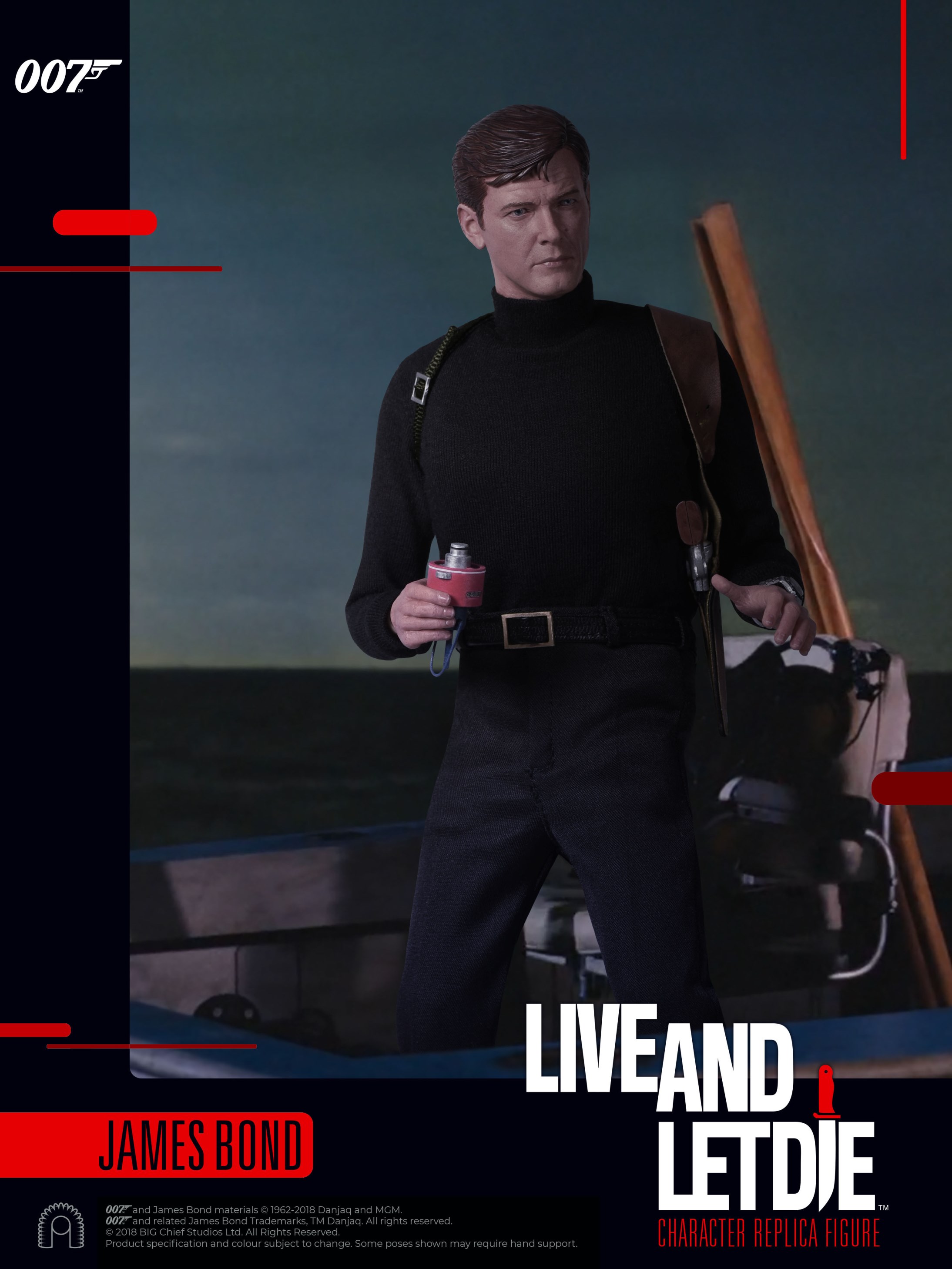 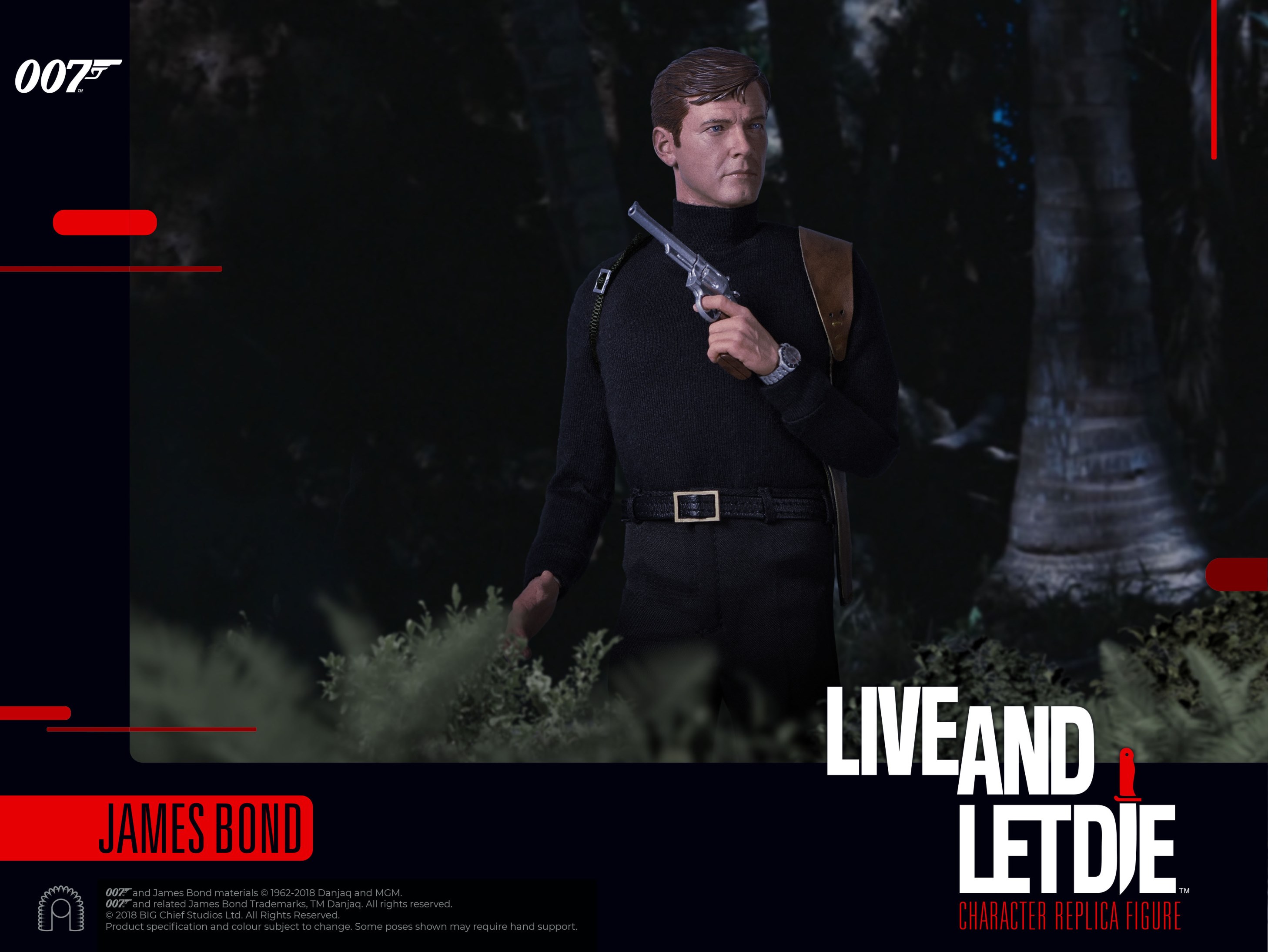 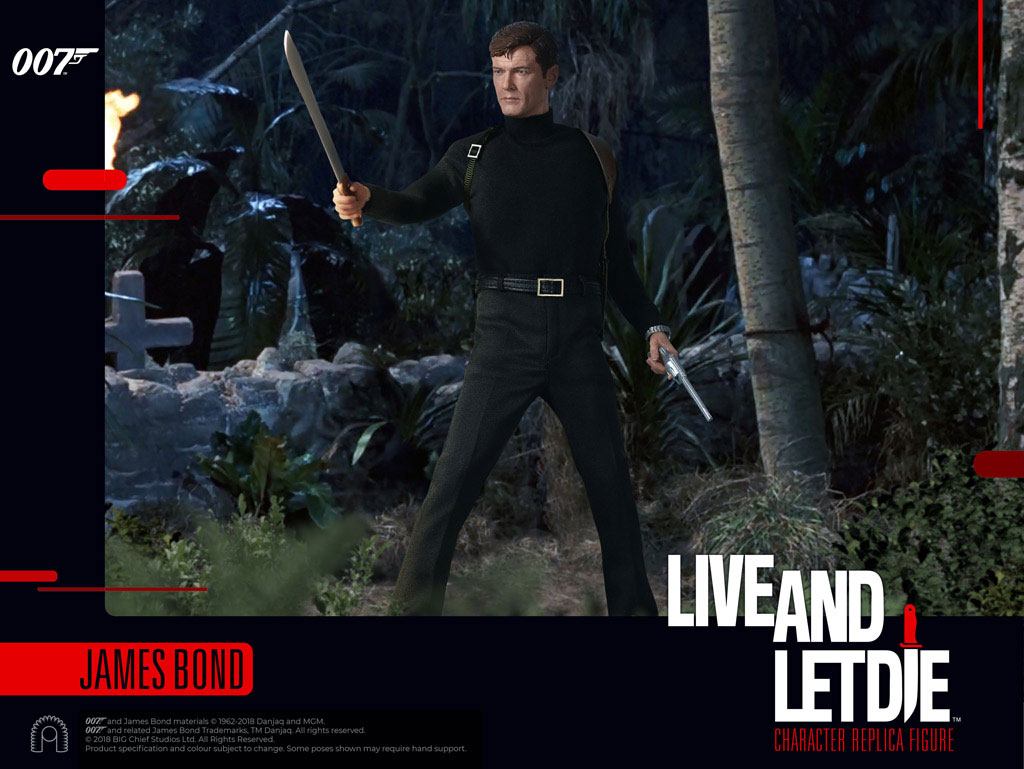 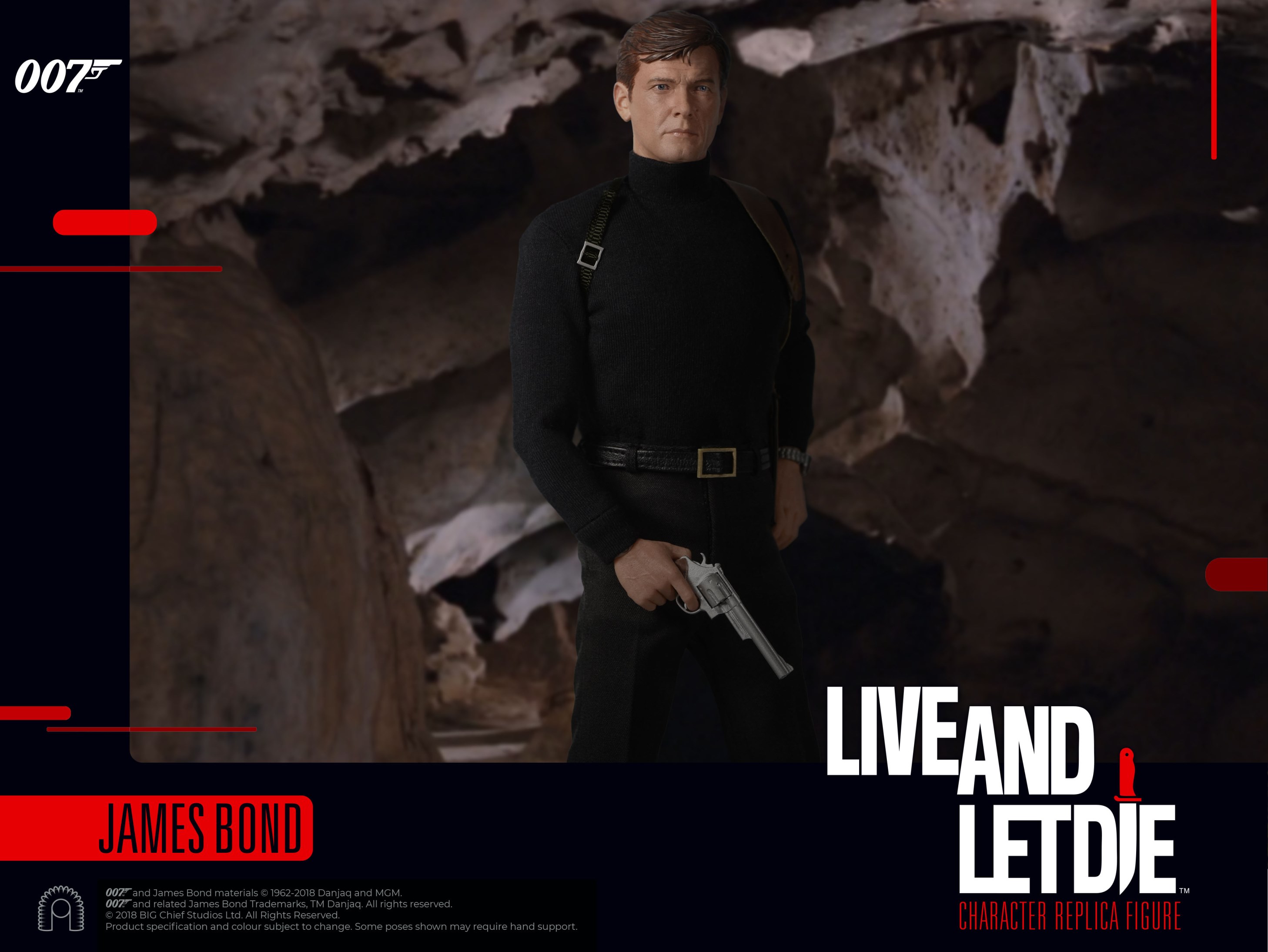 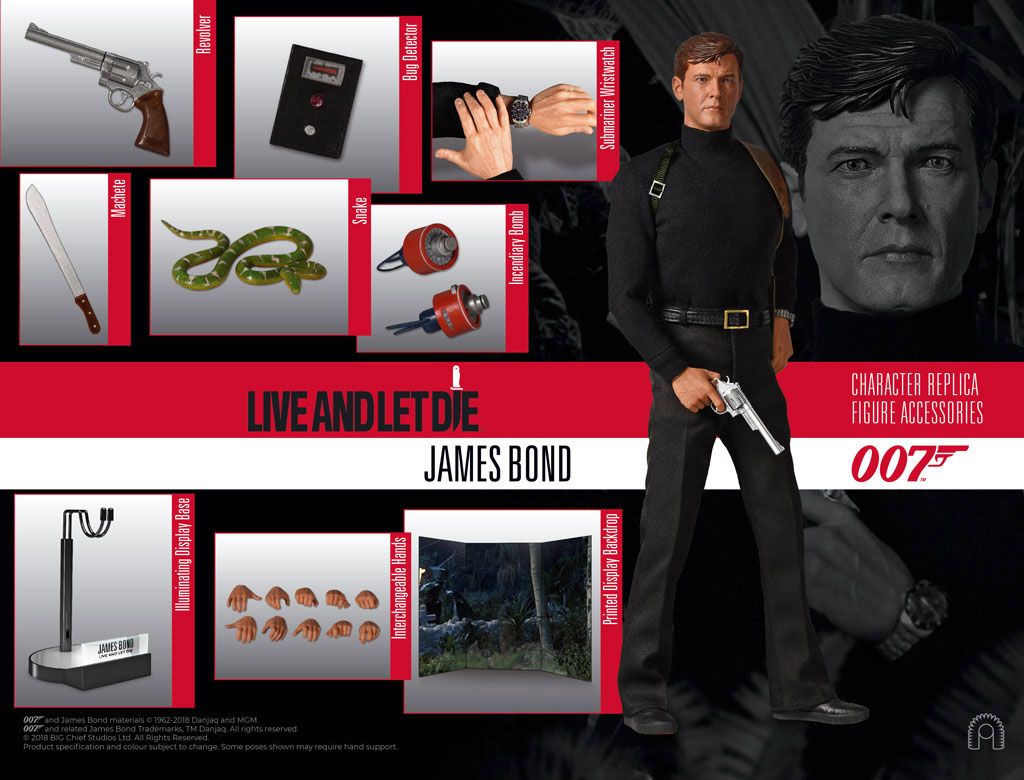 James Bond is investigating the deaths of three British gents, and is soon trapped in a world of gangsters and voodoo as he fights to put a stop to the drug Baron Dr Kananga’s scheme.

Big Chief Studios are proud to present the James Bond Sixth Scale Collector Edition Figure. From the fully realised portrait of actor Roger Moore to the authentically styled, hand-tailored costume, our artists have developed the most faithful, meticulously detailed replica in miniature. The figure comes with numerous accessories including a special display base with illuminating character name plaque.