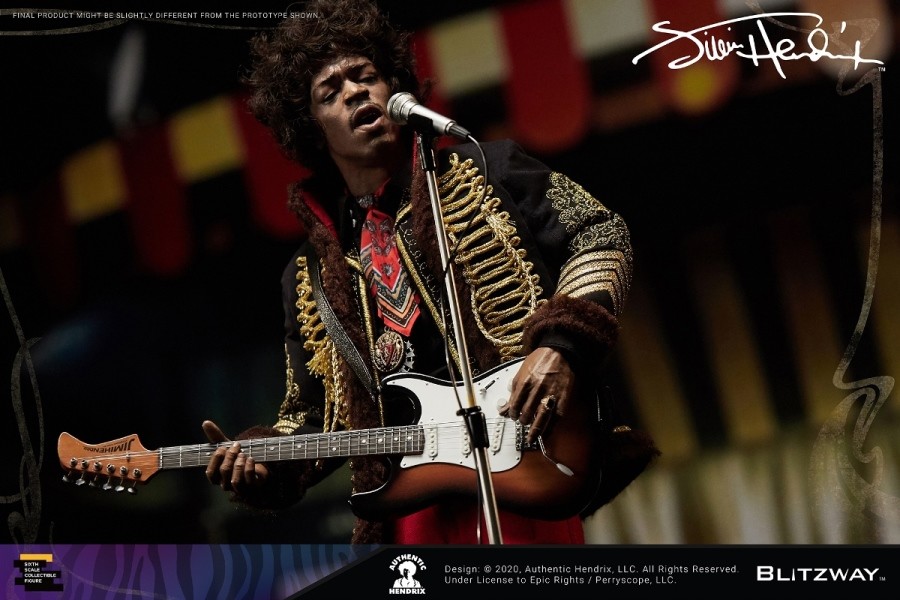 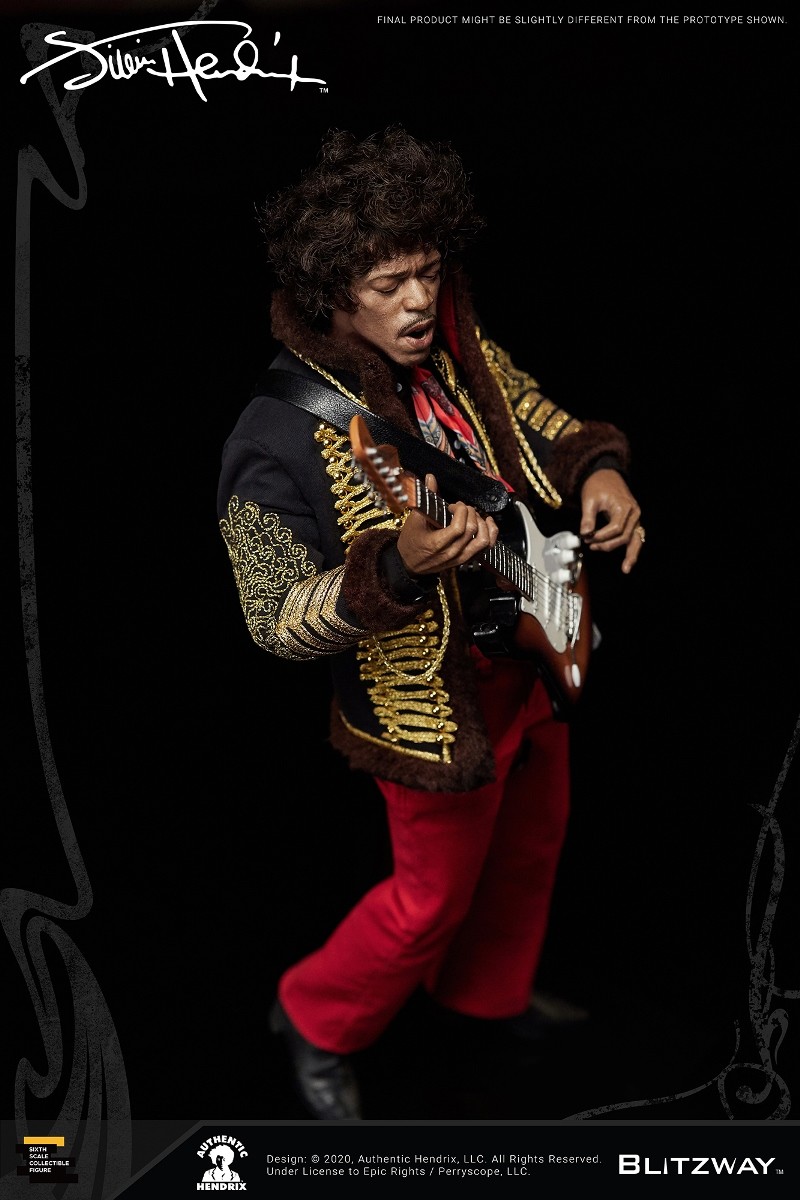 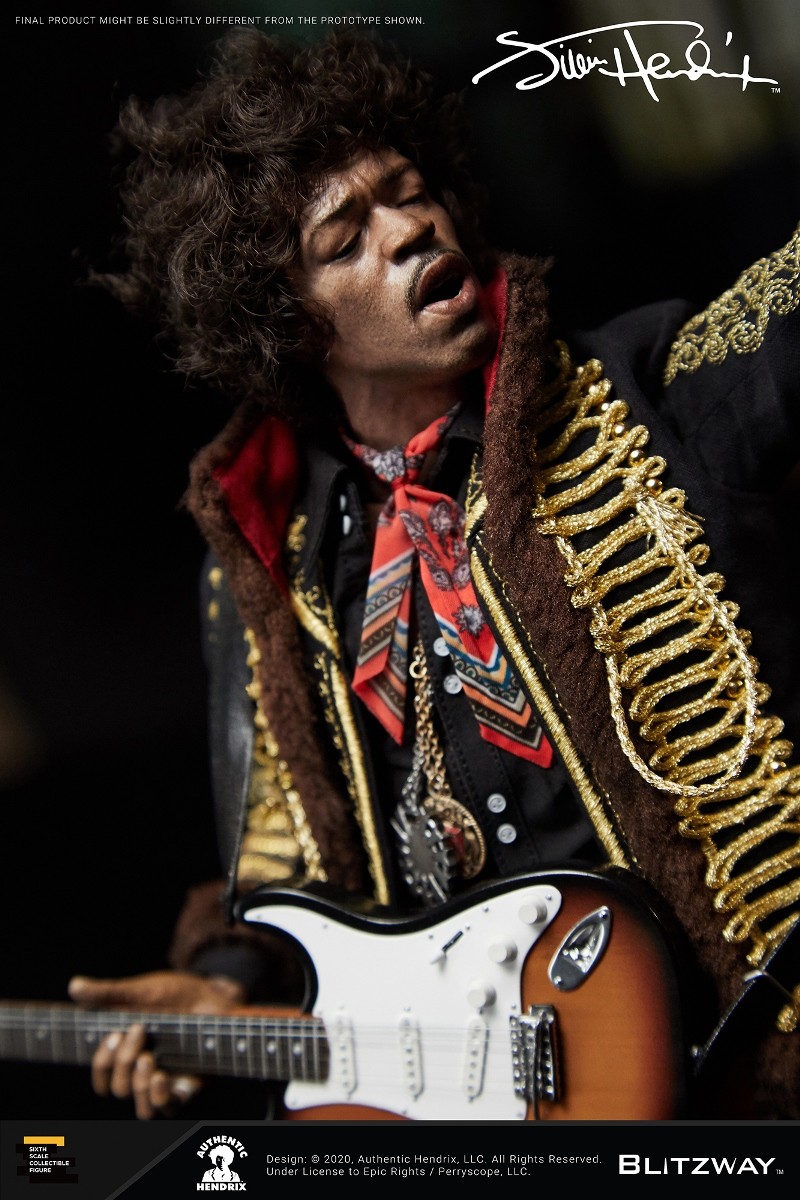 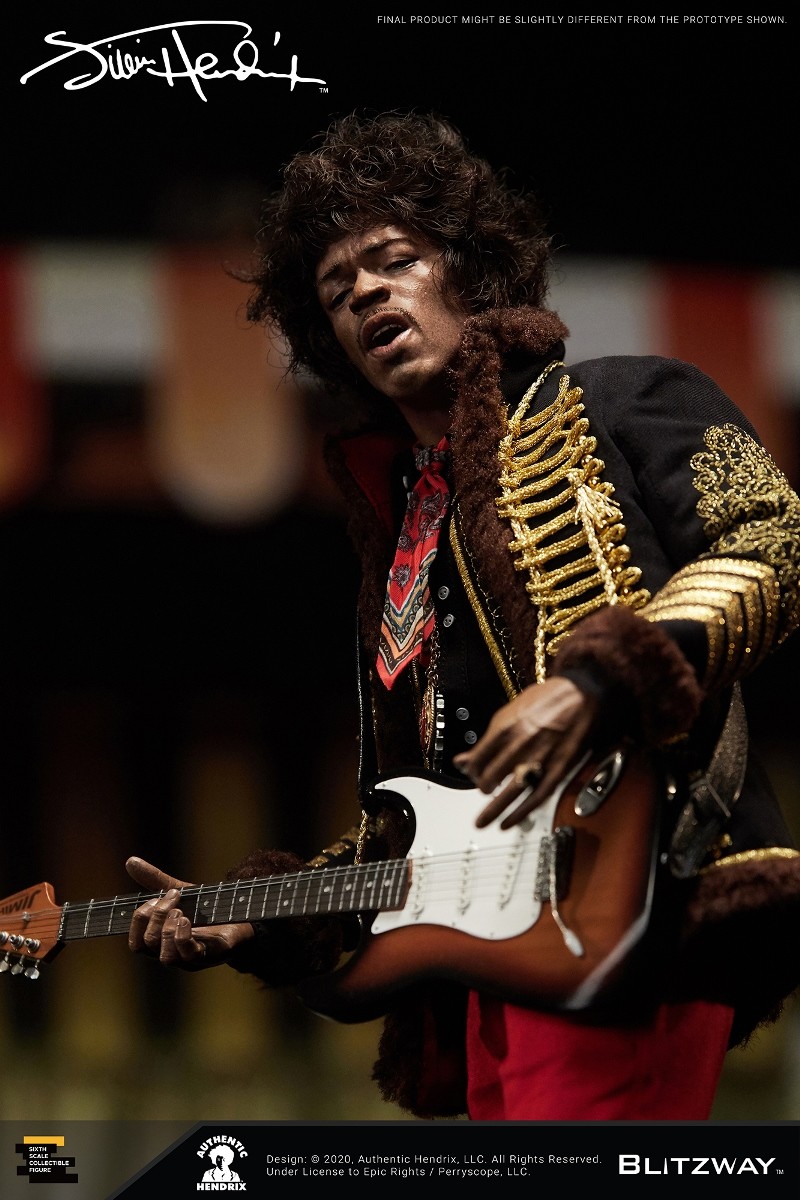 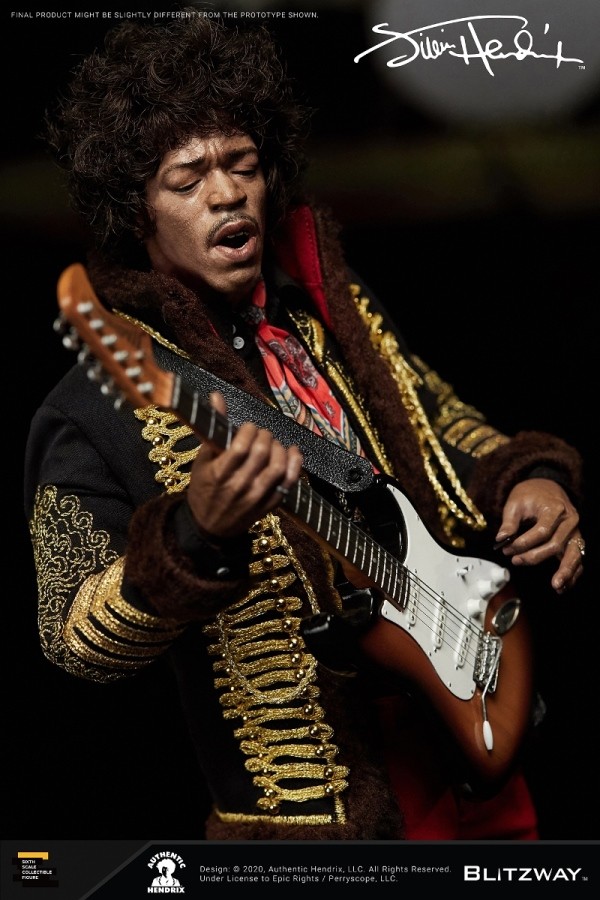 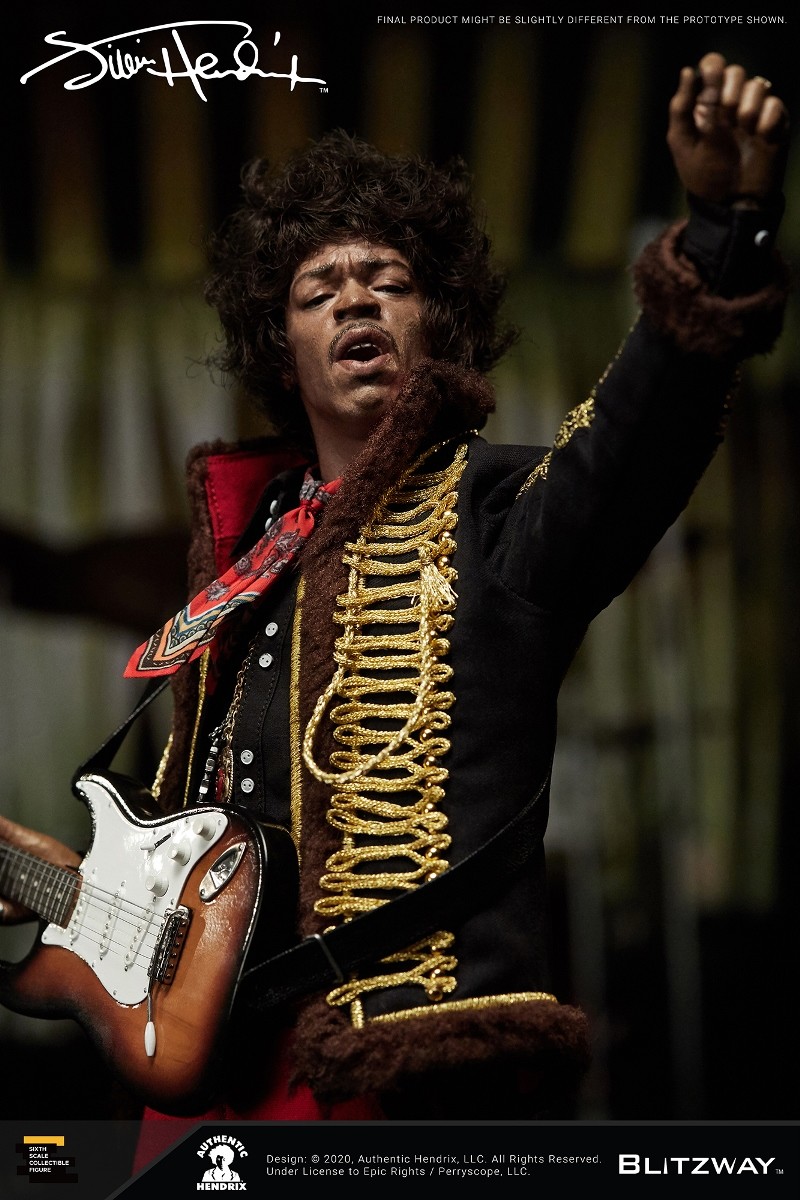 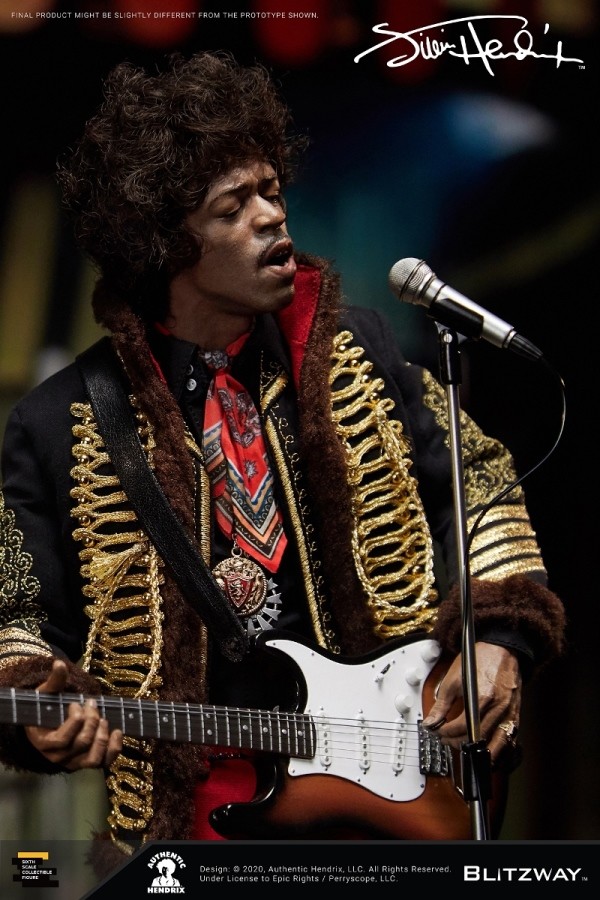 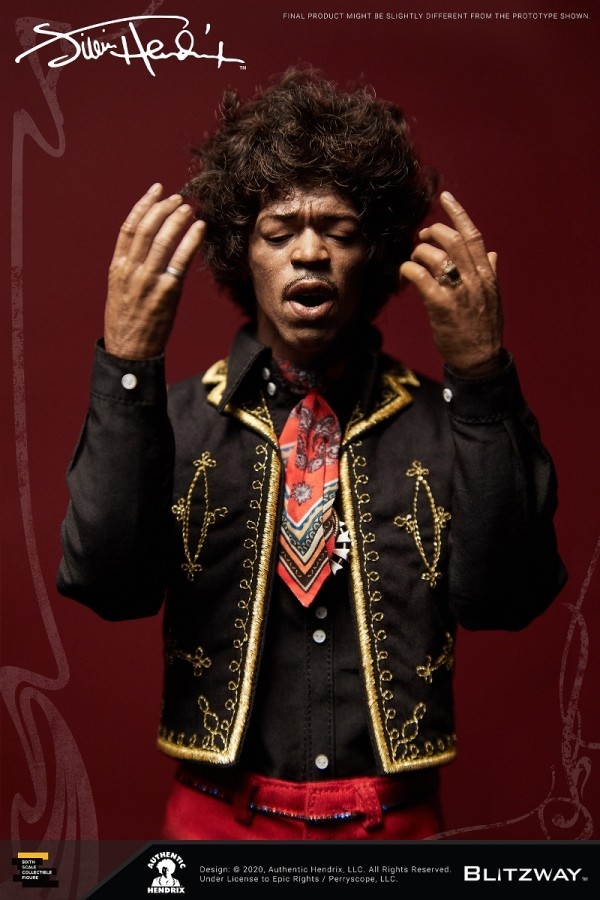 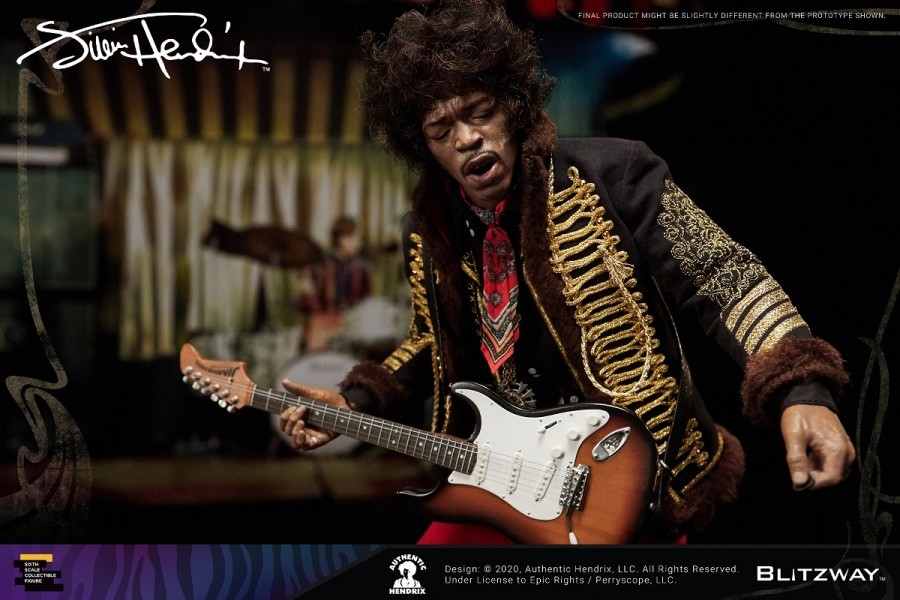 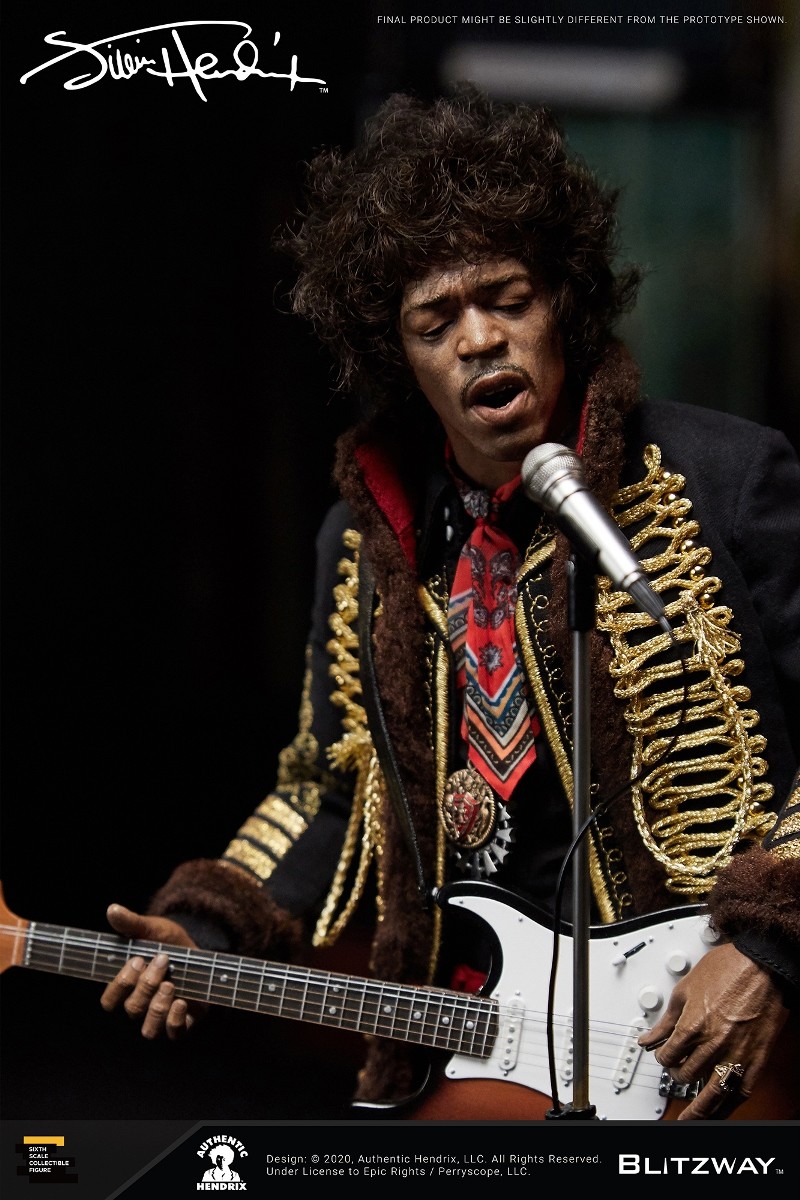 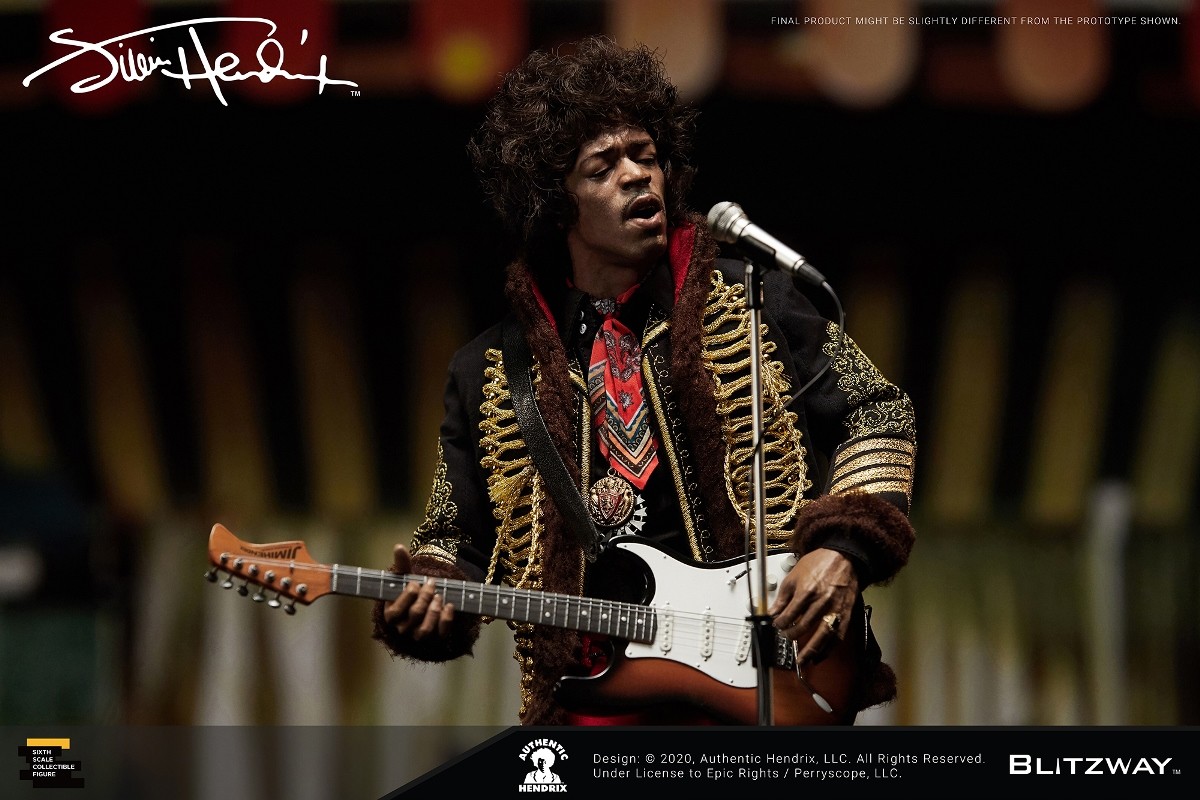 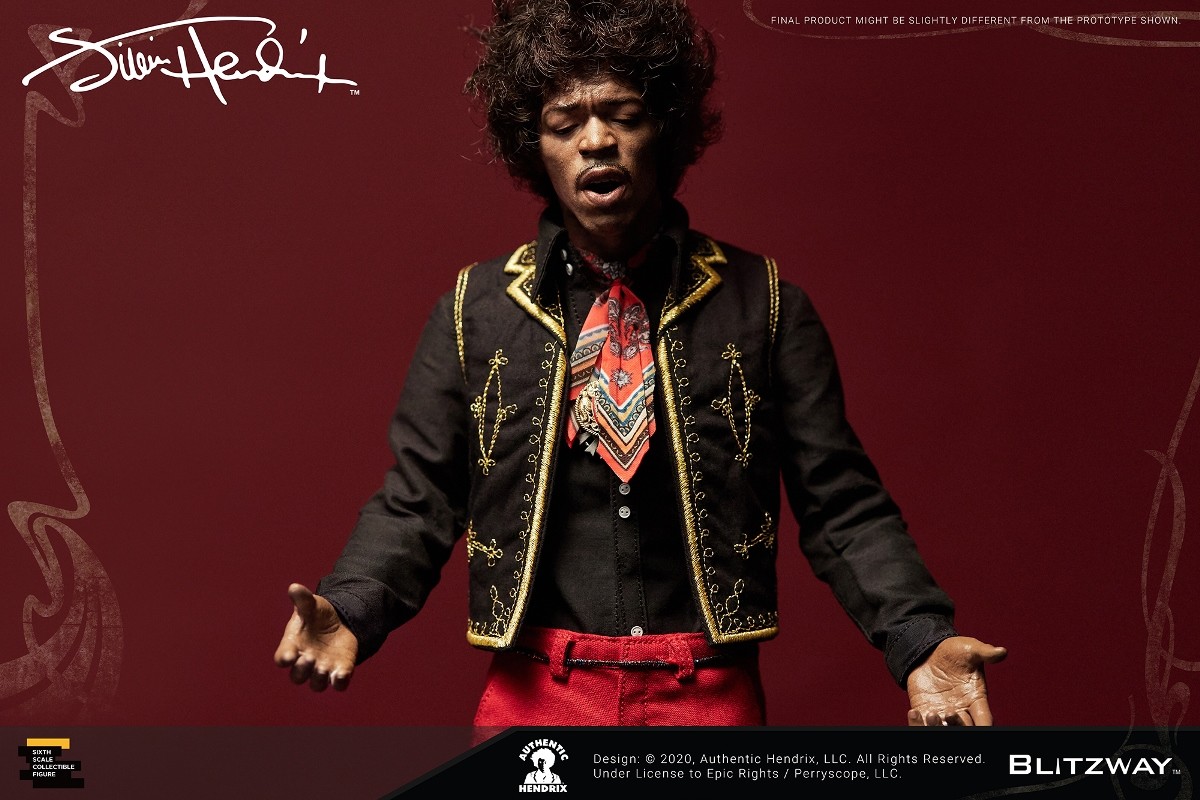 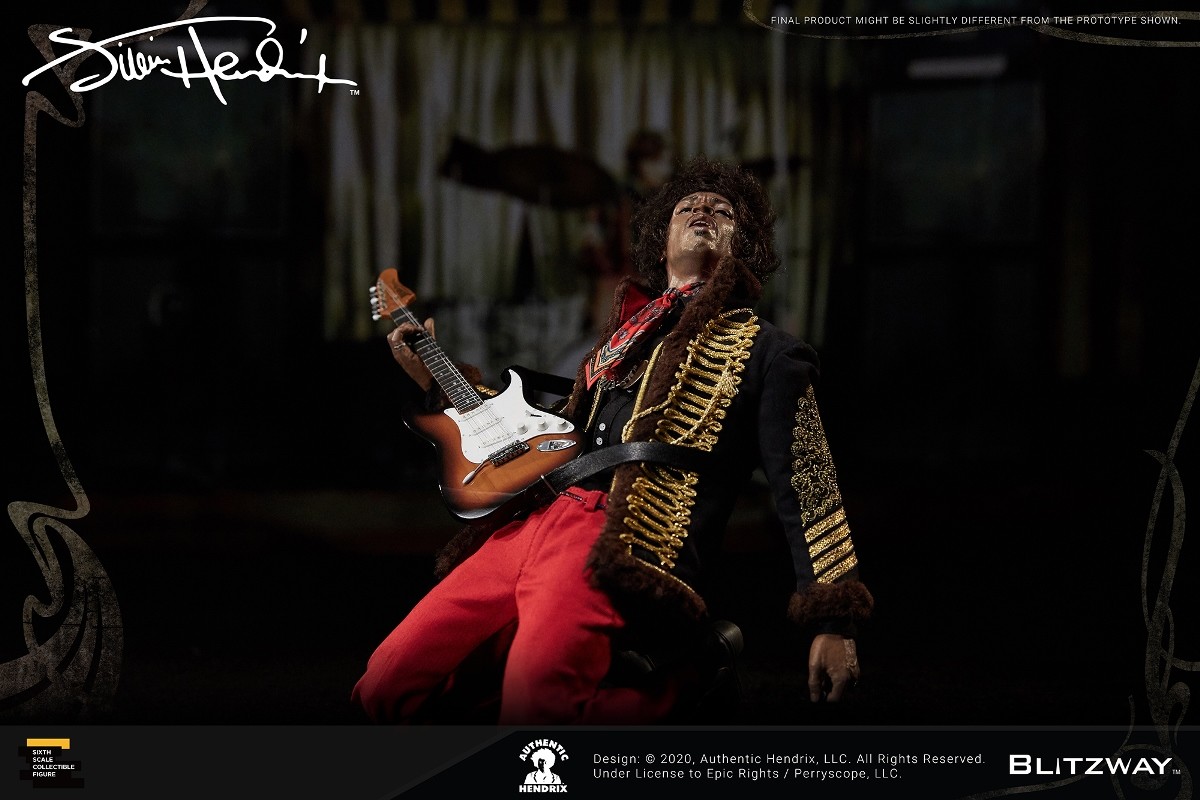 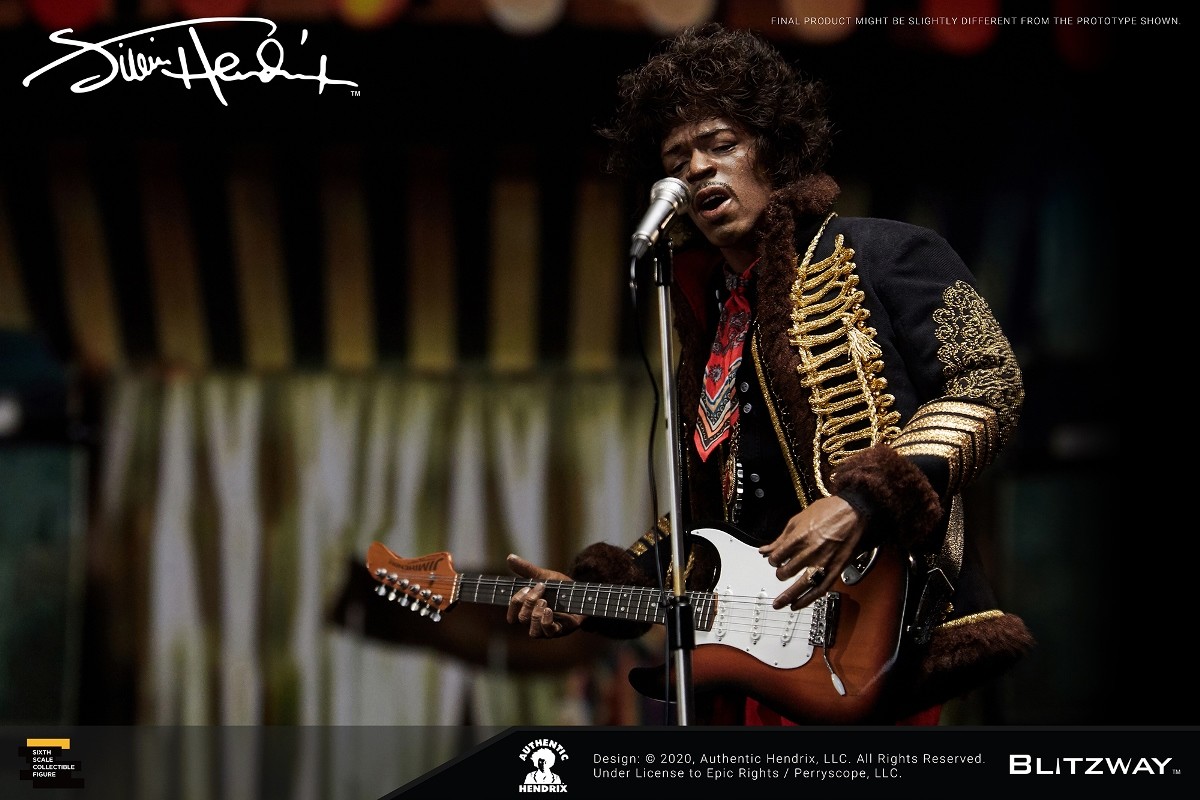 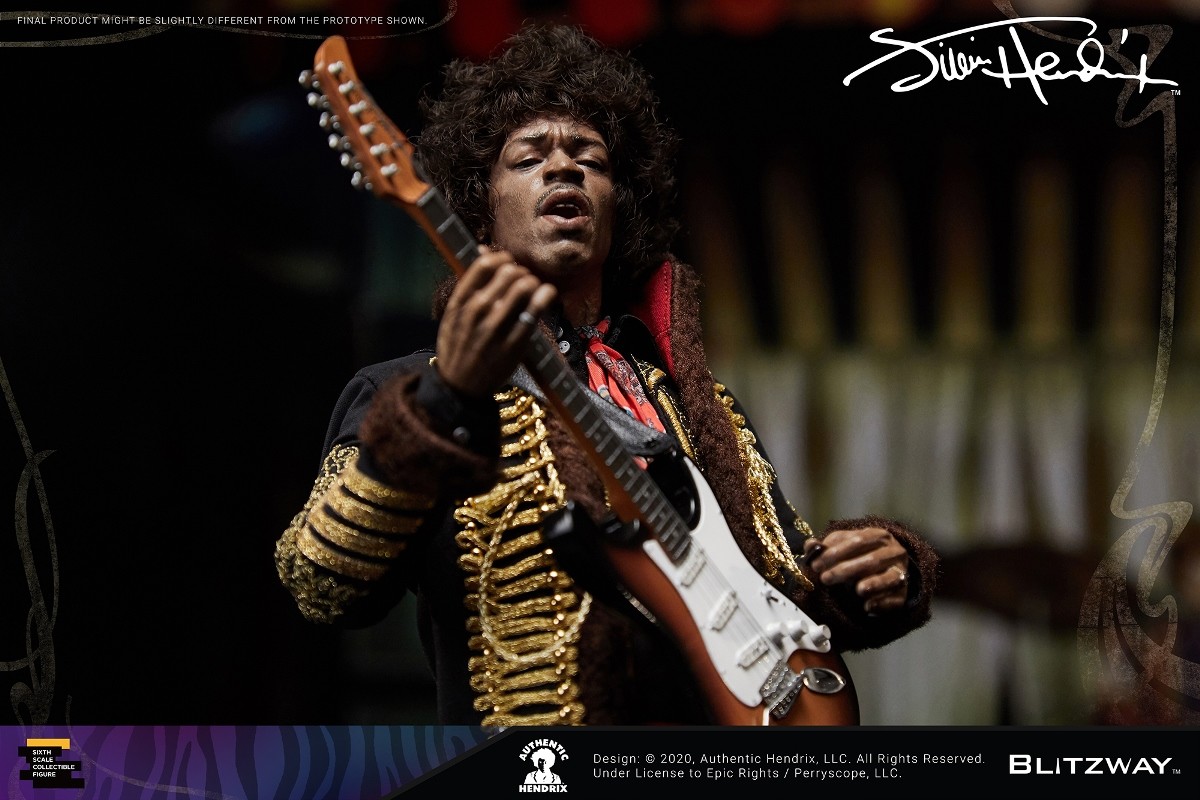 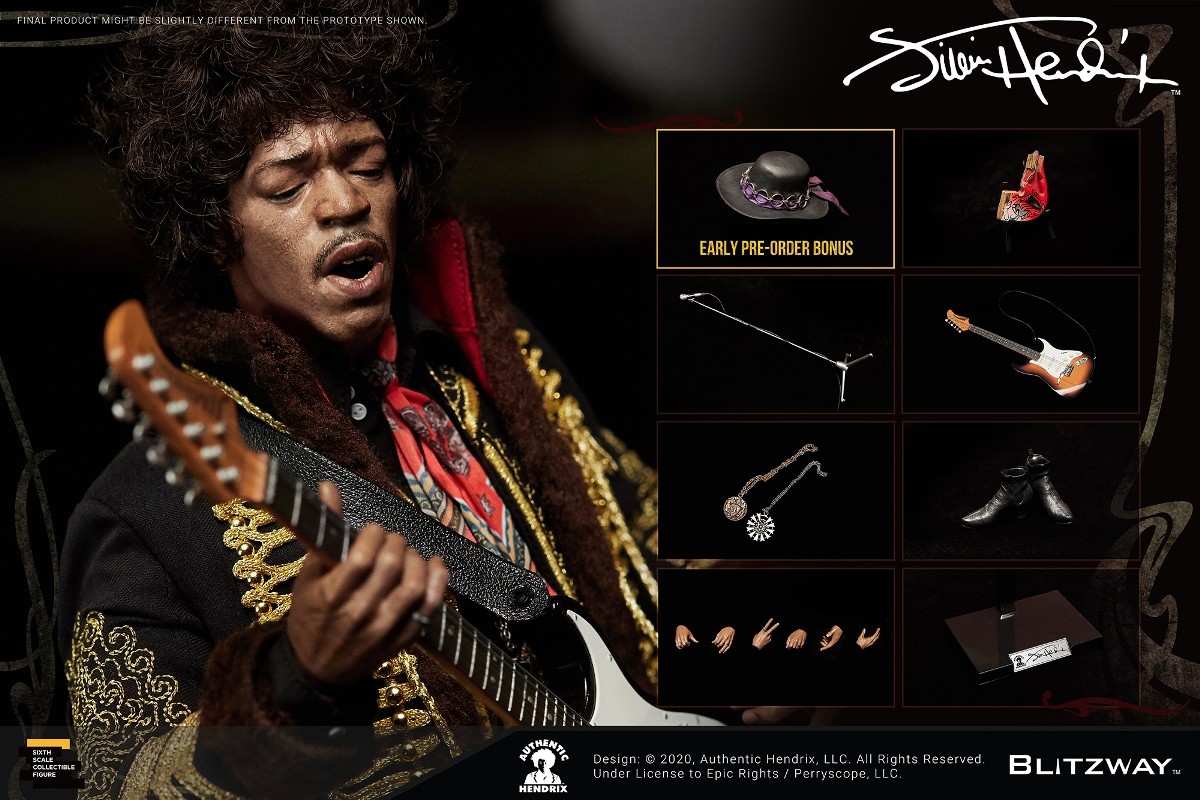 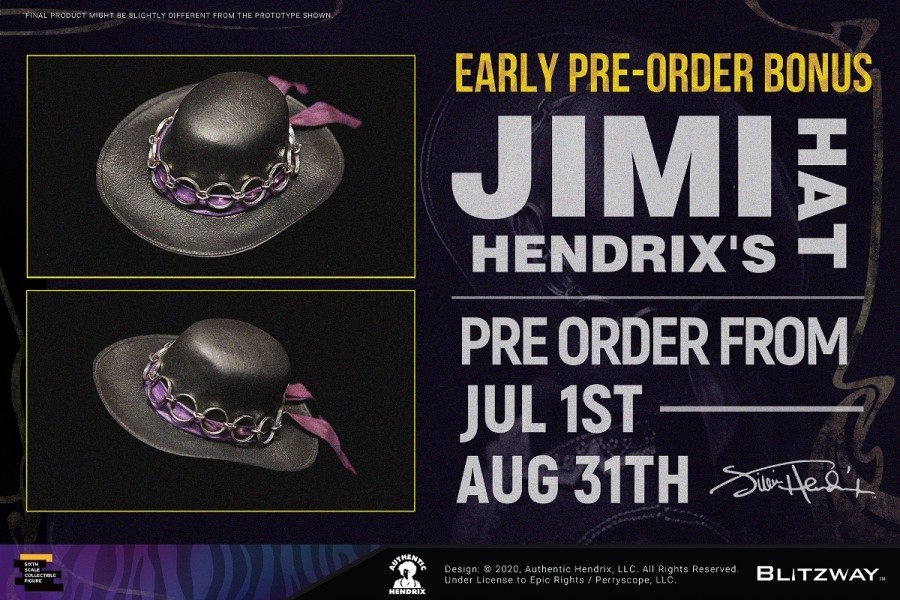 The greatest instrumentalist in the history of rock music.
The deity amongst gods. Guitar god.
One of the most influential guitarists in history and one of the most creative musicians of the 20th century.

Blitzway is proud to introduce the official 1:6 scale Jimi Hendrix action figure, a legendary musician who pioneered a new era of rock.

All I’m gonna do is just go on and do what I feel. – Jimi Hendrix

We wanted the figure of Jimi Hendrix, who played music passionately with more feeling and imagination than anyone else, to embody his philosophy that life and music are inseparable.

We captured the realistic appearance of his expressions for people to feel his free soul when he performed on stage.

We also realistically recreated the features that make him a unique left-handed guitarist and outfitted the figure exquisitely with his iconic attire.

In addition, we included accessories for you to set up his various stage performance poses.

His music is timeless and it lives, because he created it for the soul and mind, not for the charts.We appreciate the gift that Jimi Hendrix has given us all with his short yet eminent four-year music career.Now assimilated with art, feel the soul of Jimi Hendrix right in front of you.

With the power of soul, anything is possible. – Jimi Hendrix