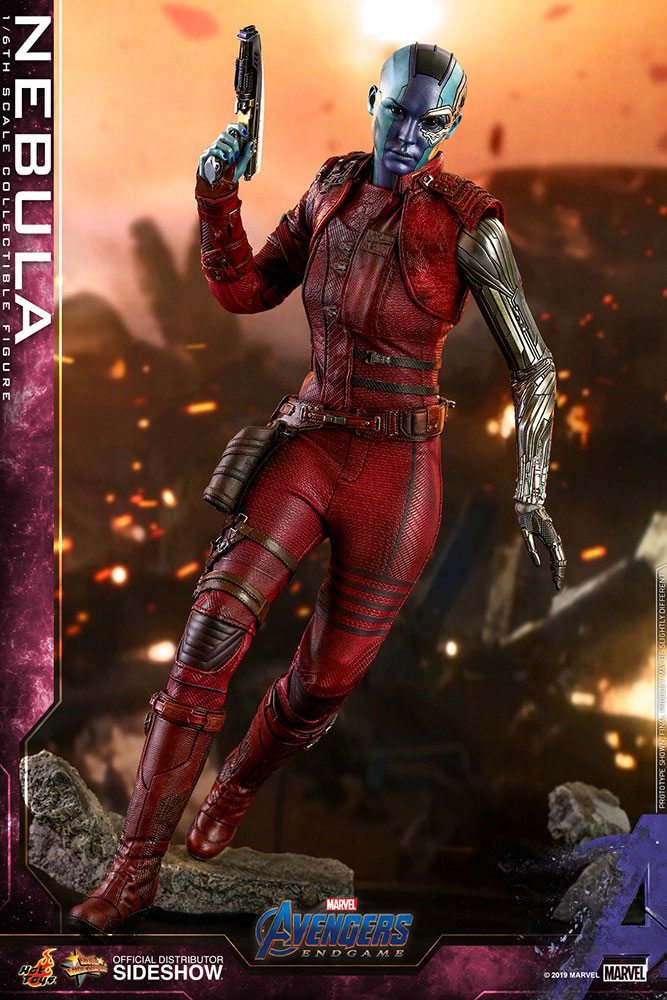 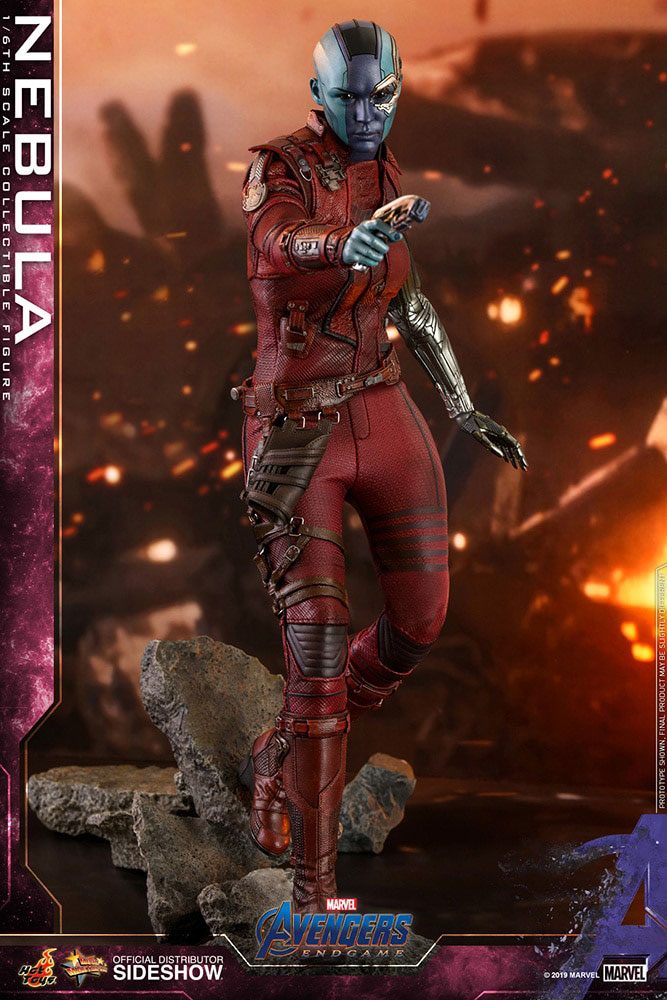 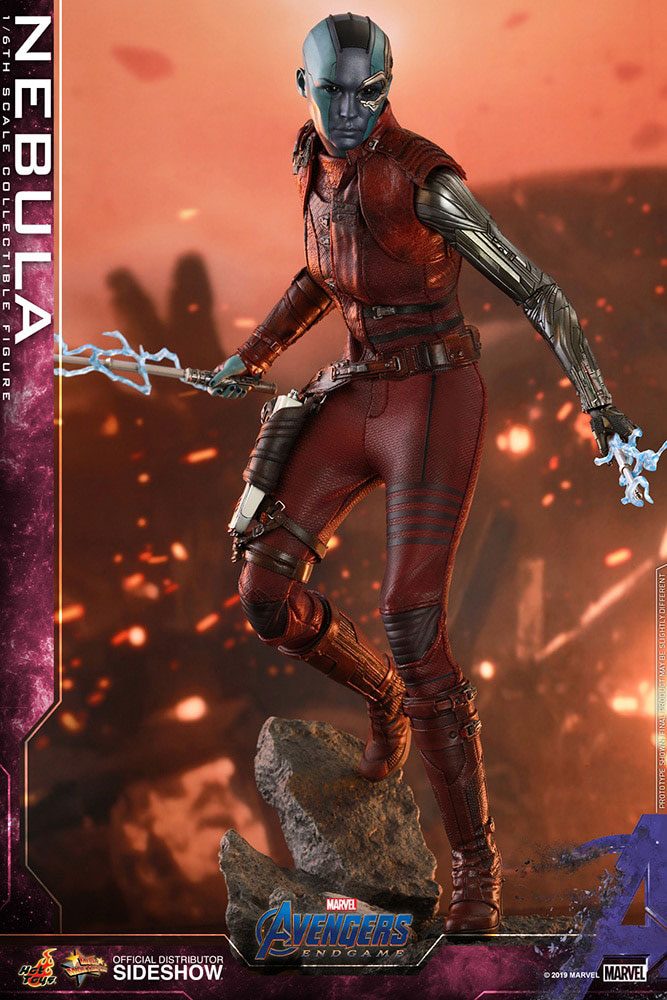 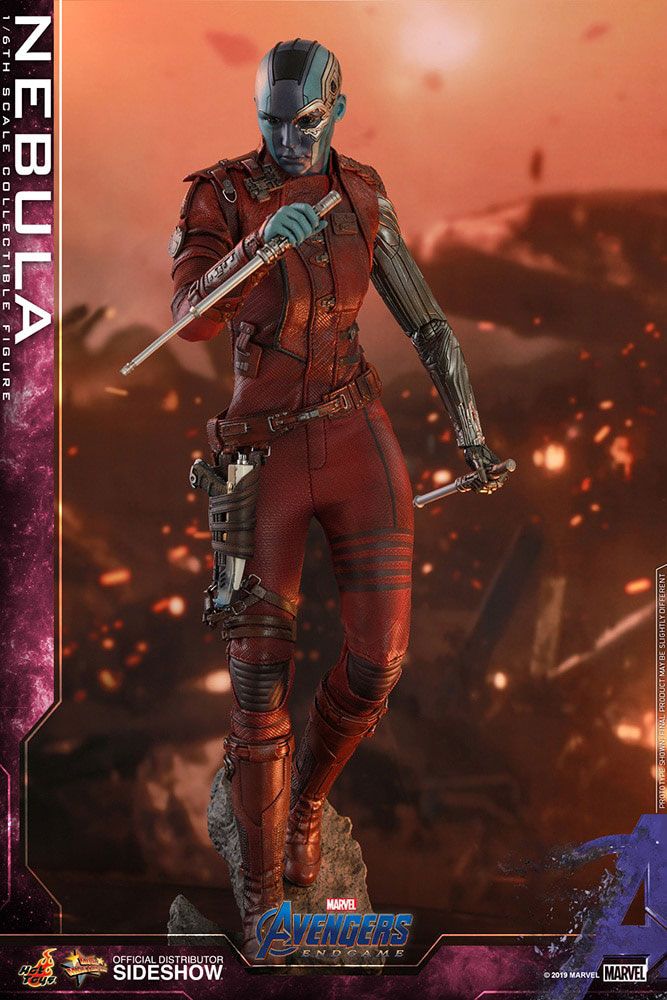 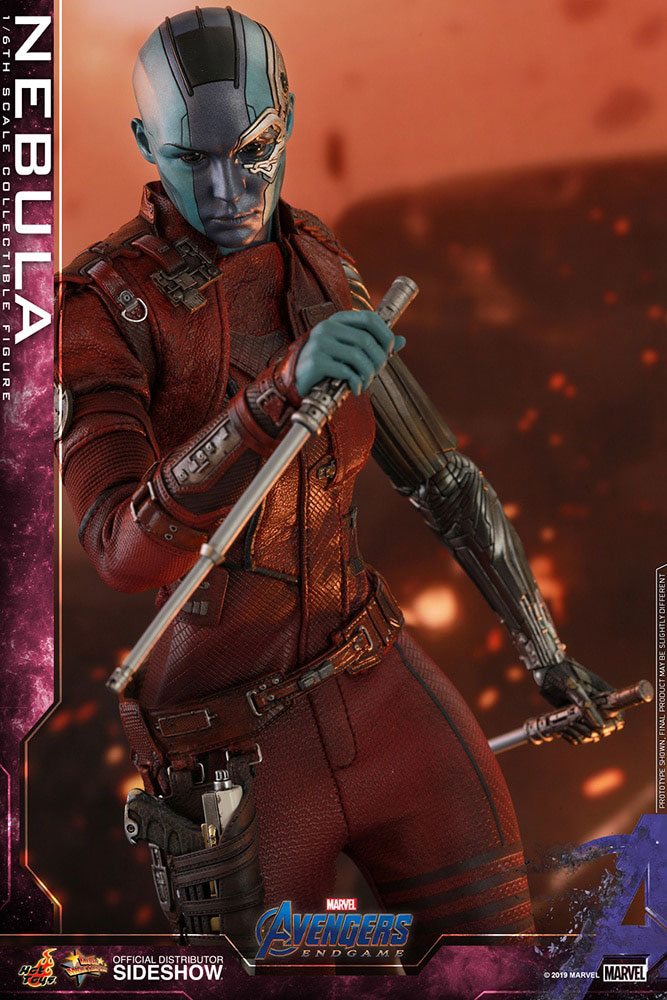 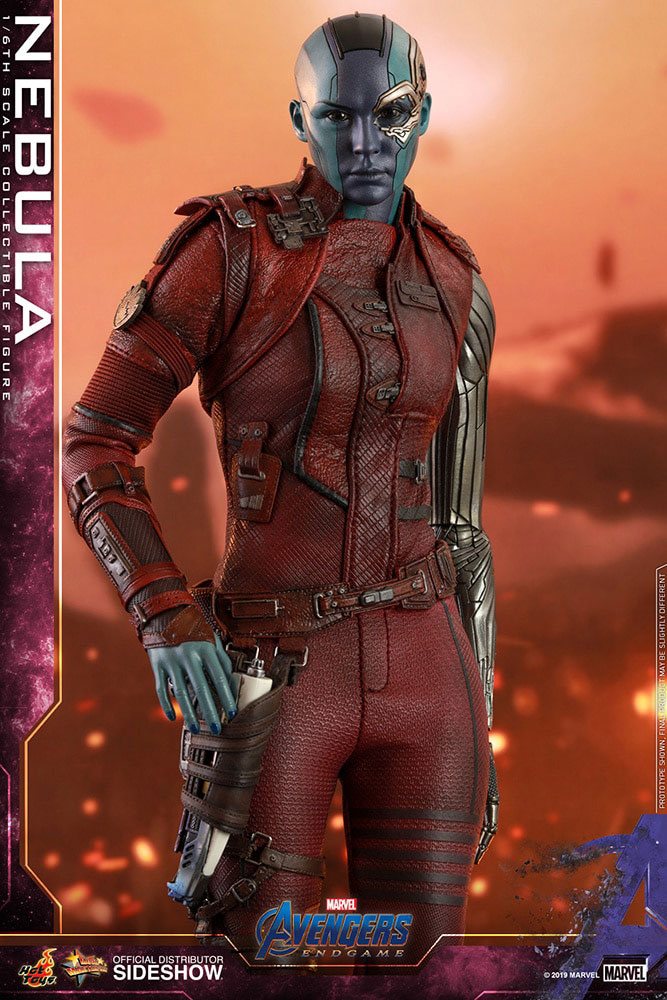 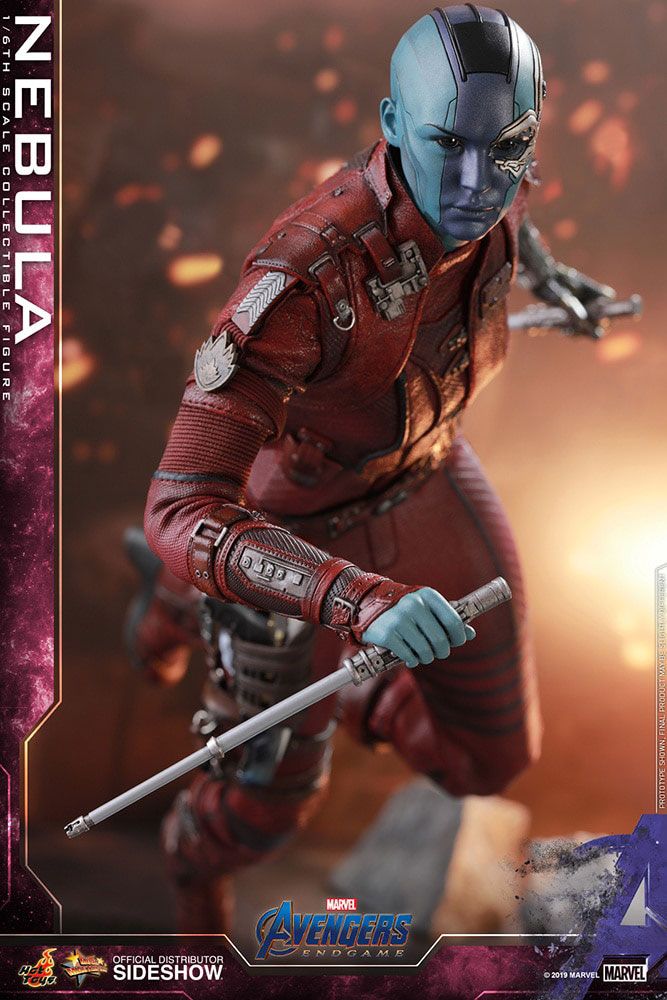 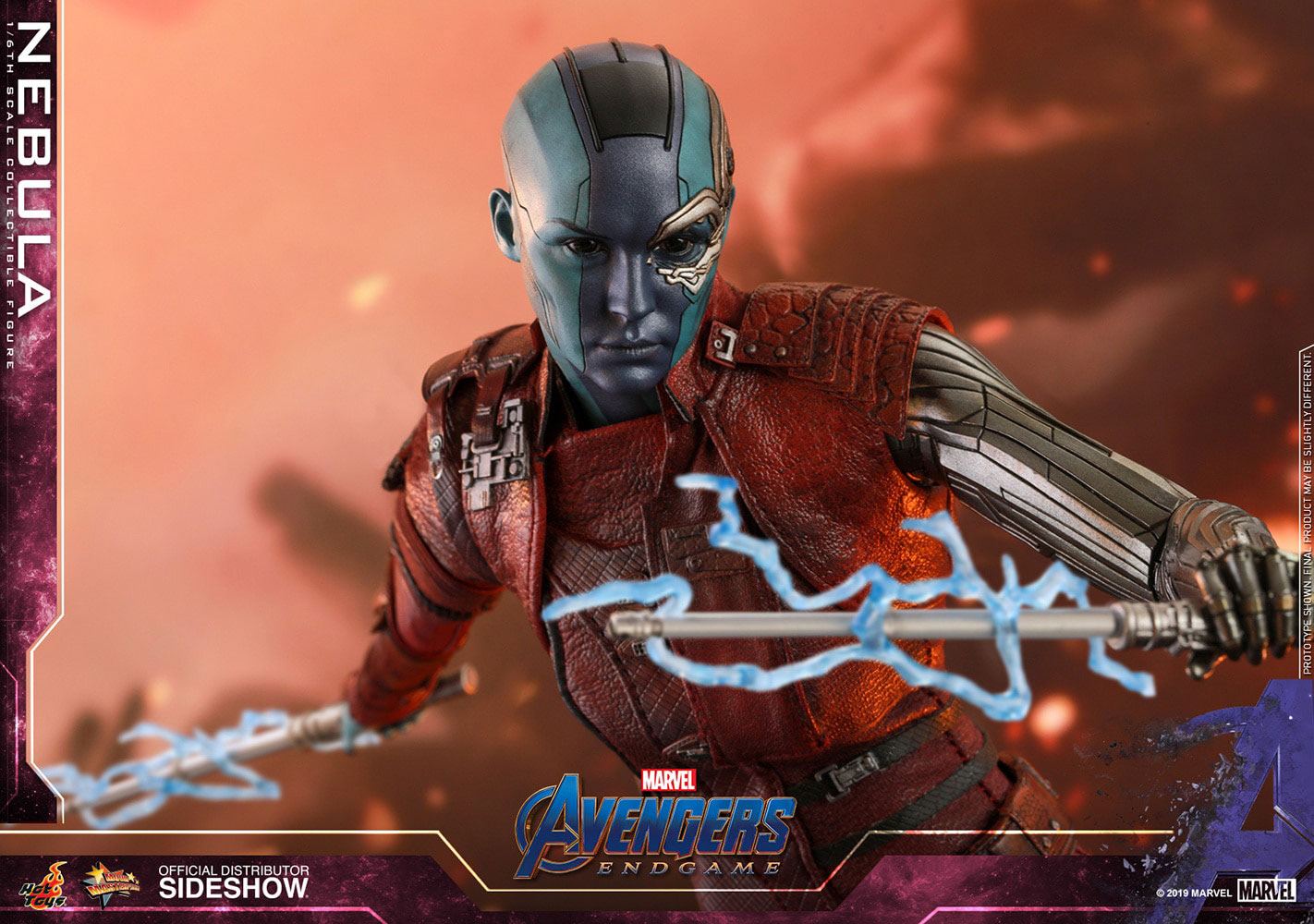 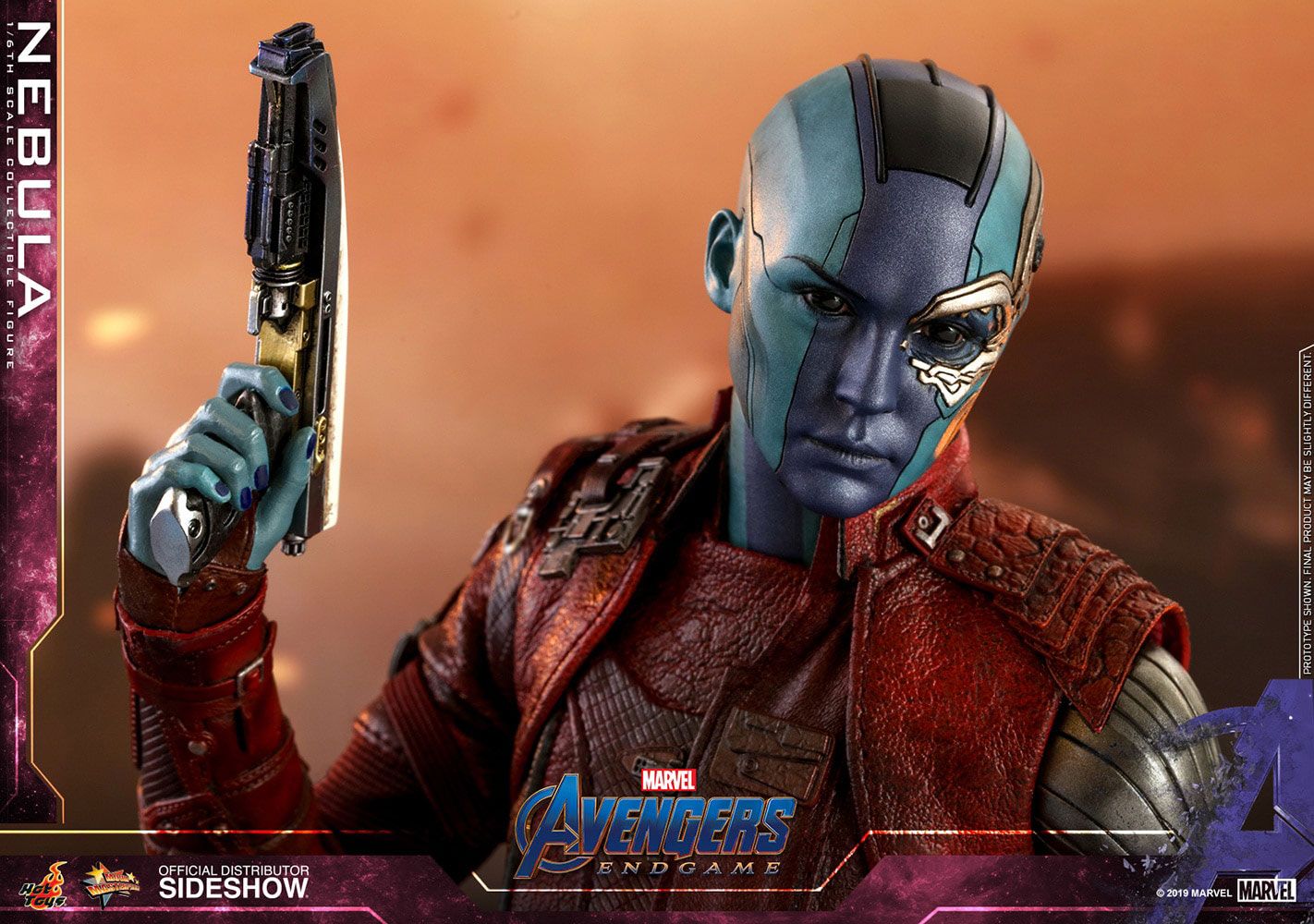 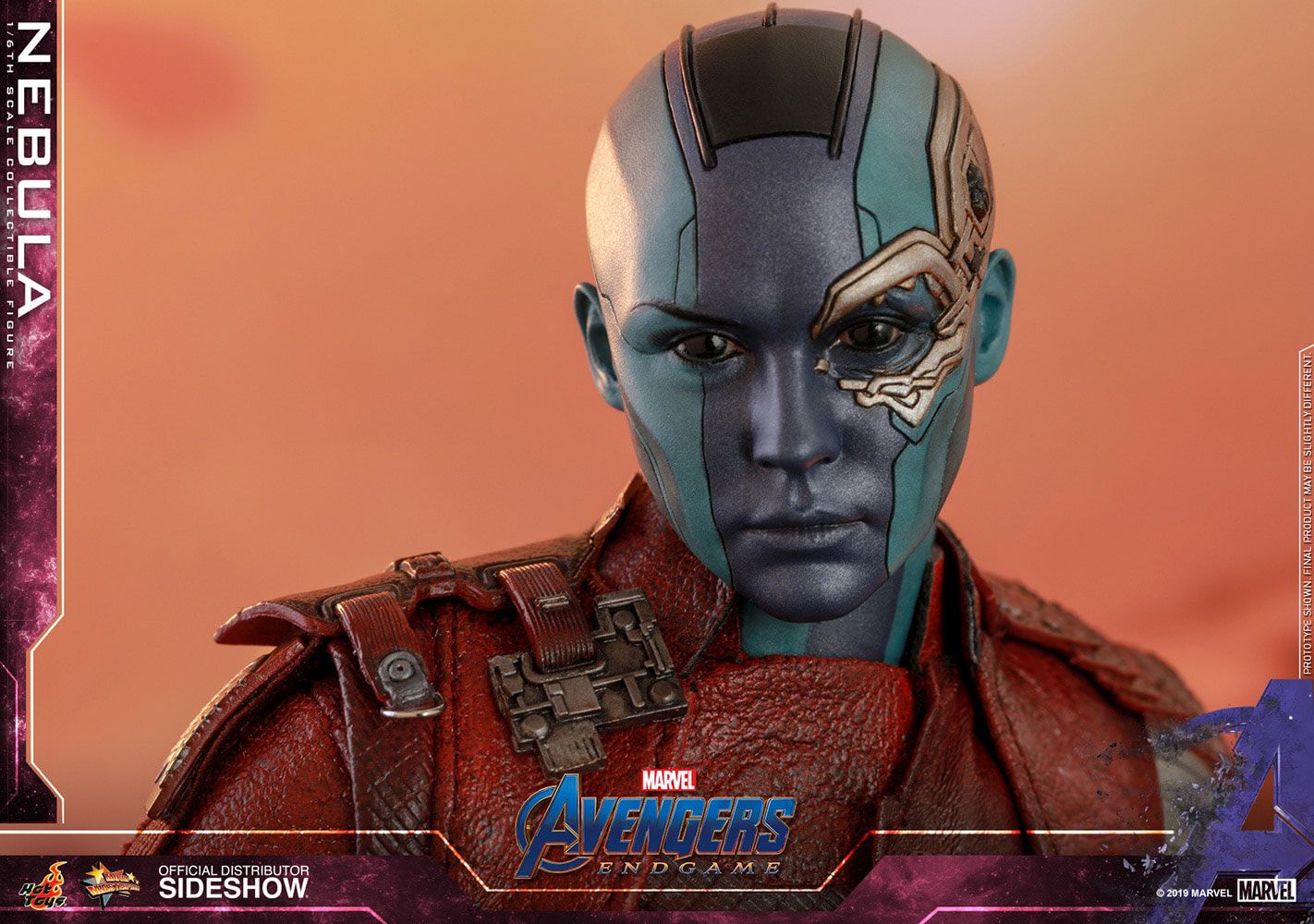 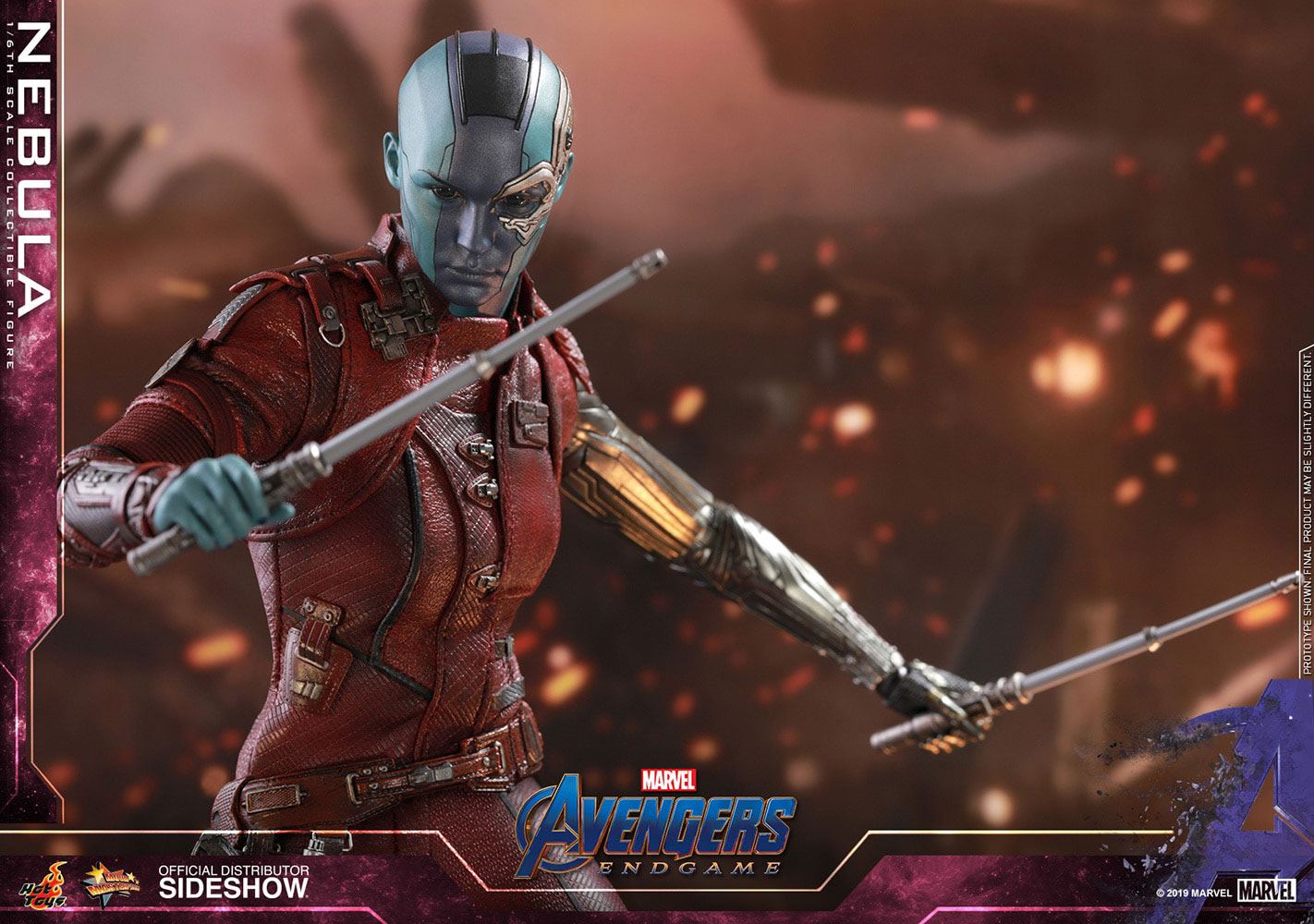 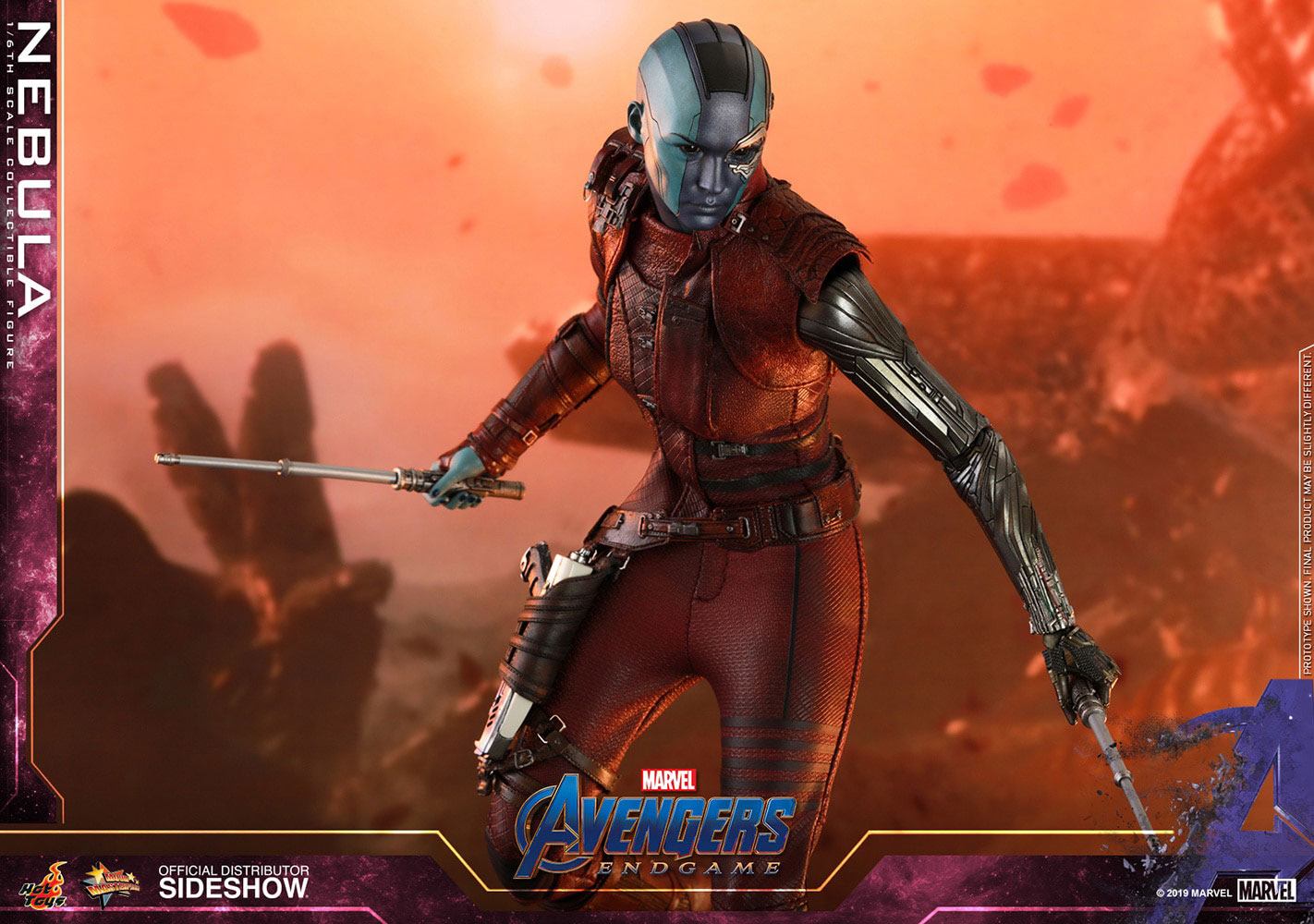 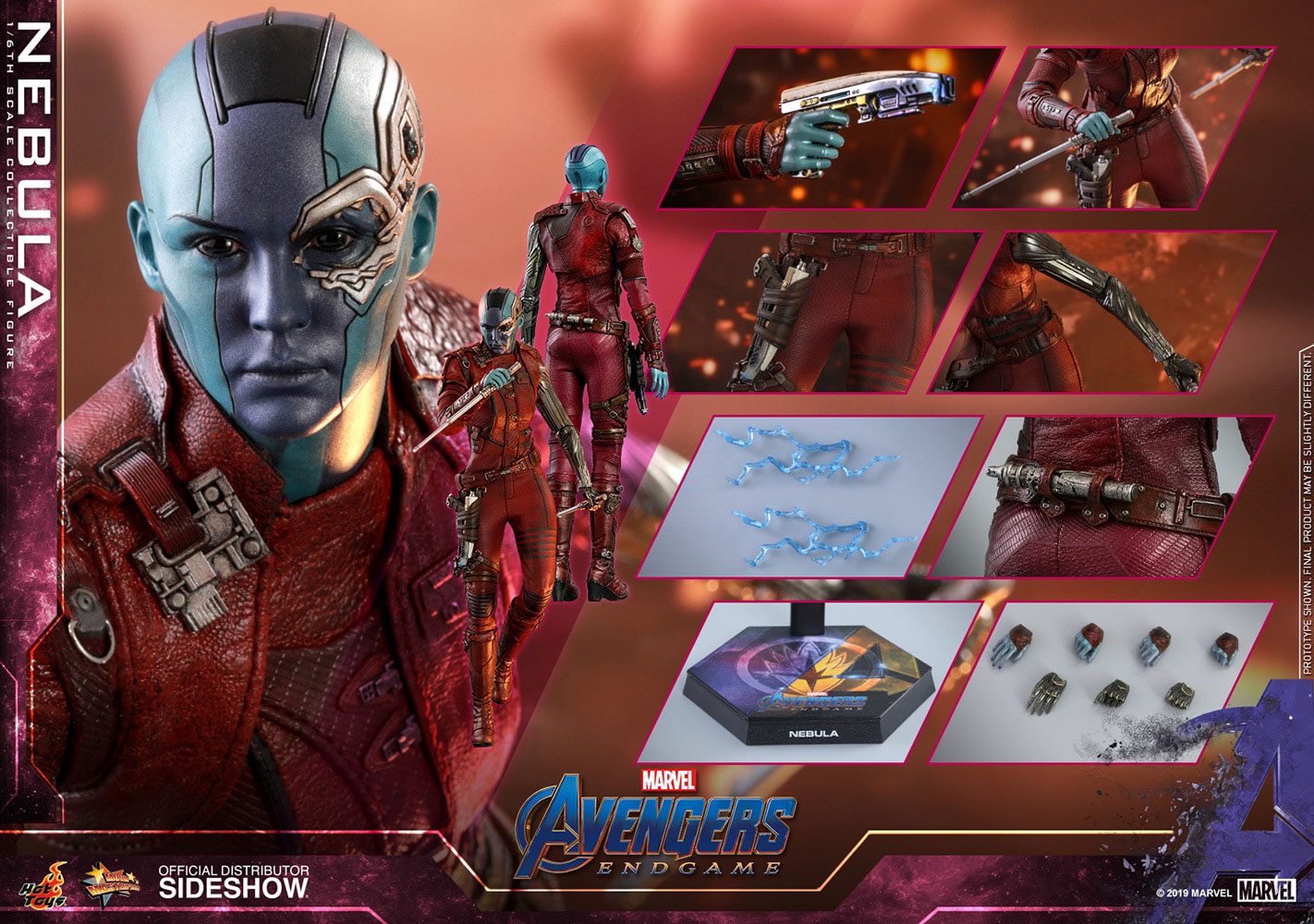 Earth Mightiest Heroes failed to stop Thanos from collecting the Infinity Stones, which he used to wipe out half the universe’s population. Nebula was among those who survived after the events of Avengers: Infinity War, leaving her and Rocket as the only remaining Guardians alone on Titan with Tony Stark. She will have no choice but to work with others and finally see the true value of family.

Longed for by many Marvel fans, Sideshow and Hot Toys are excited to officially present Gamora‘s adopted sister – Nebula in sixth scale collectible figure from the upcoming Avengers: Endgame.

The Luphomoid assassin is waiting for you to bring her to your ever-expanding Avengers: Endgame collection!