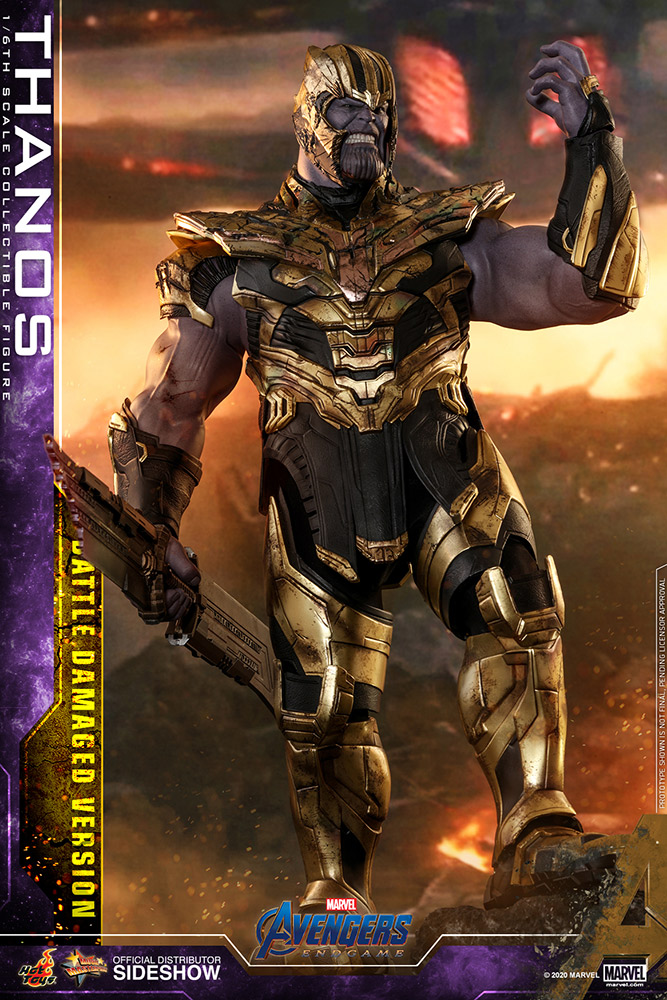 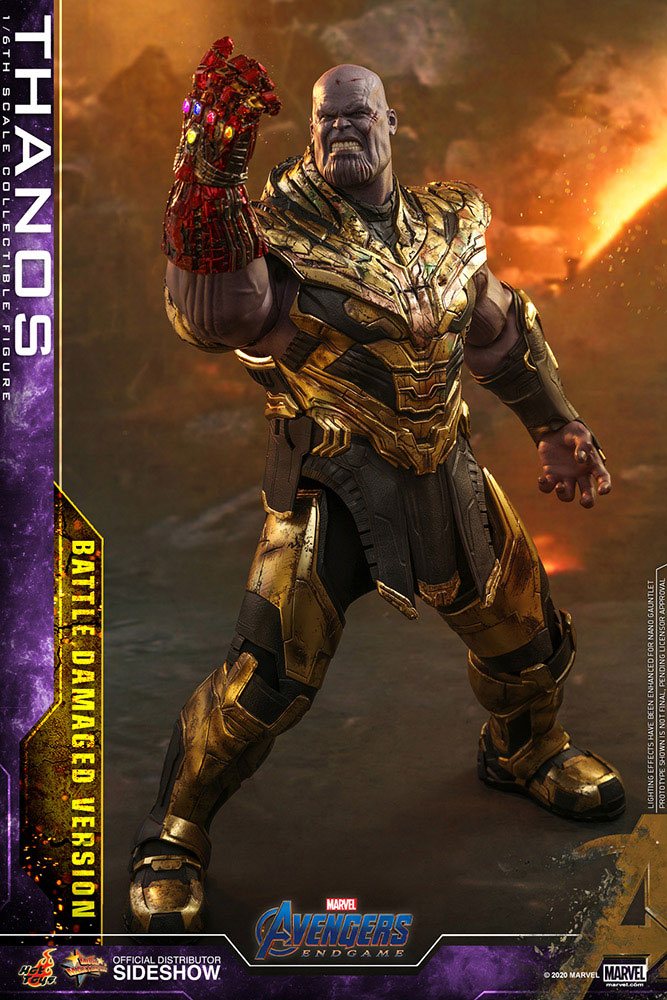 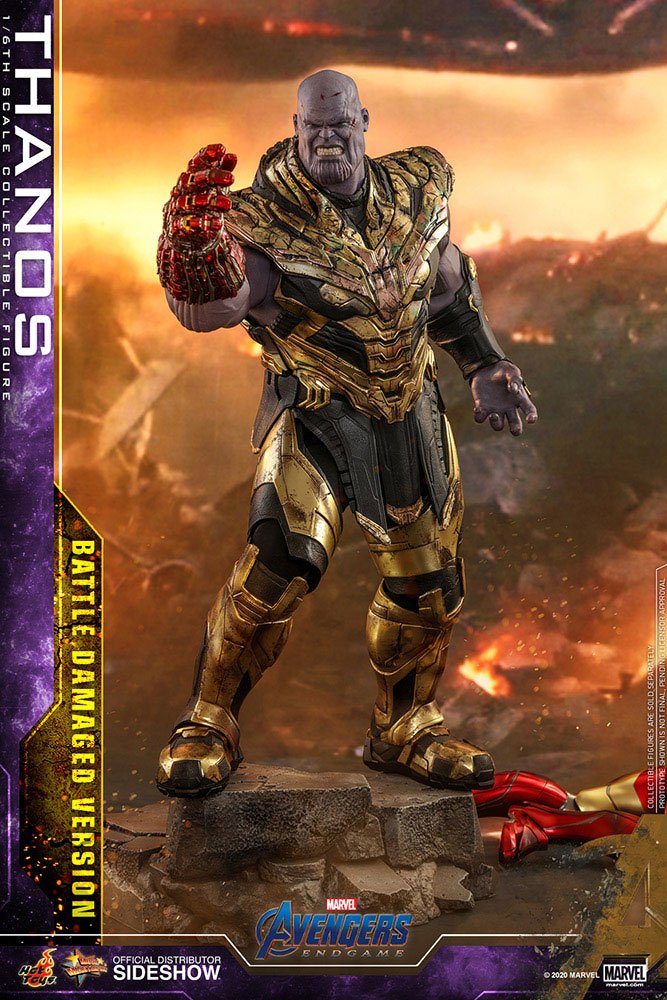 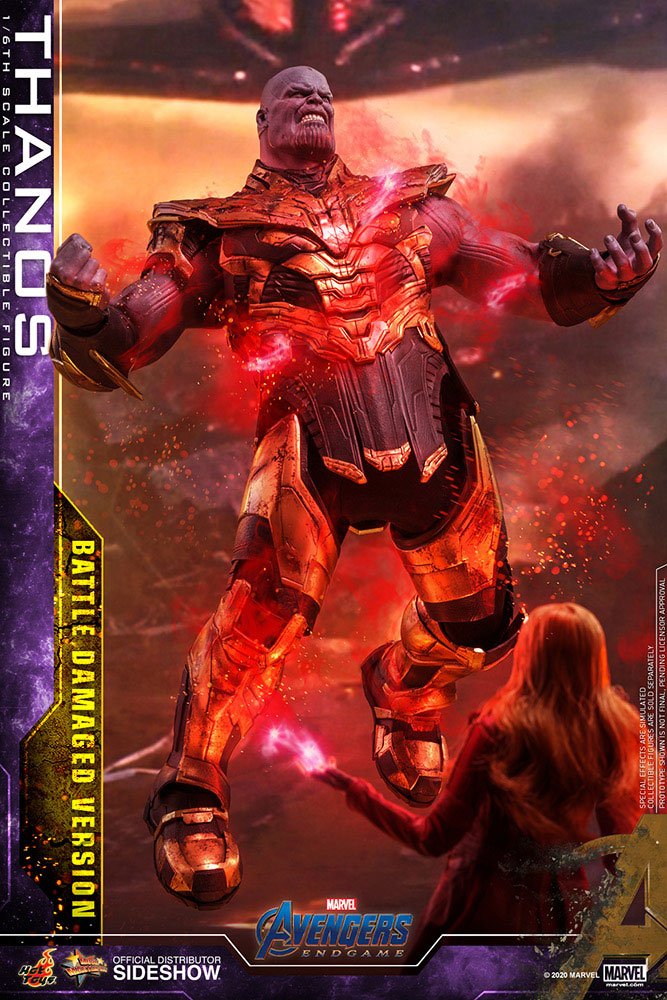 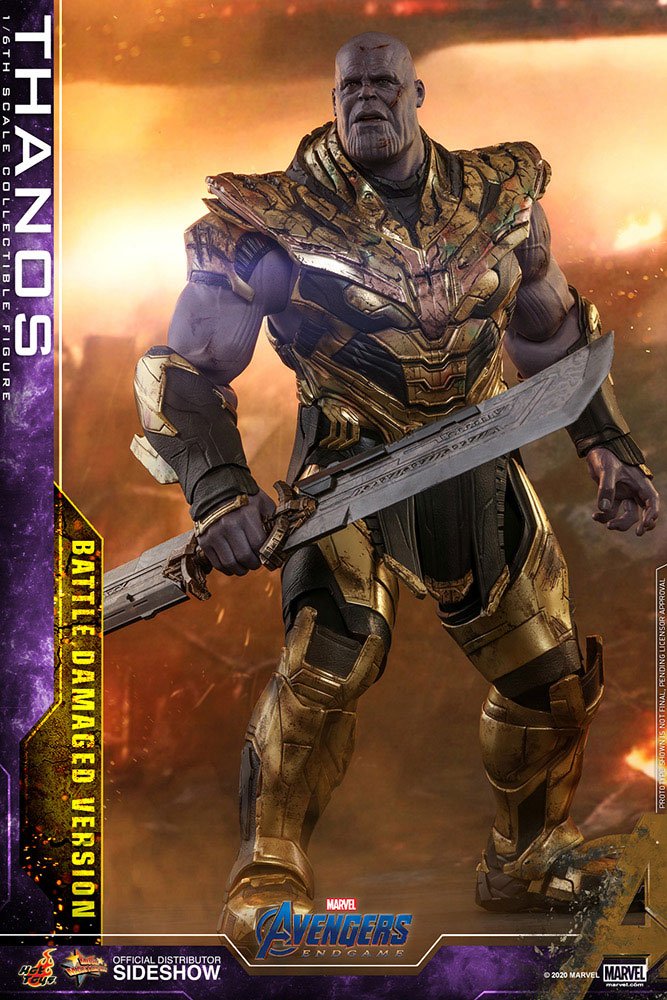 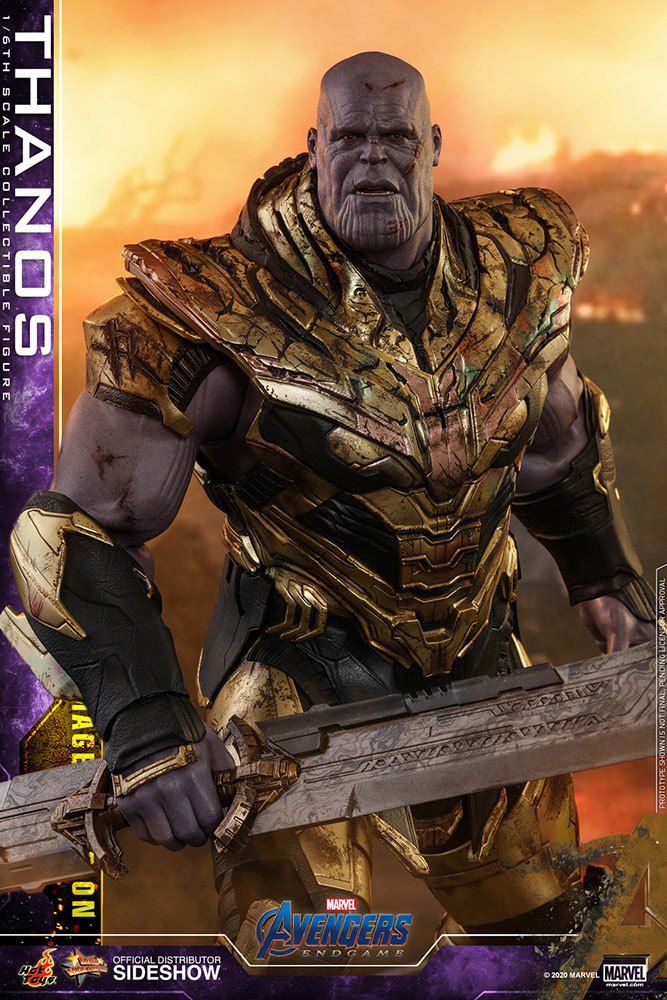 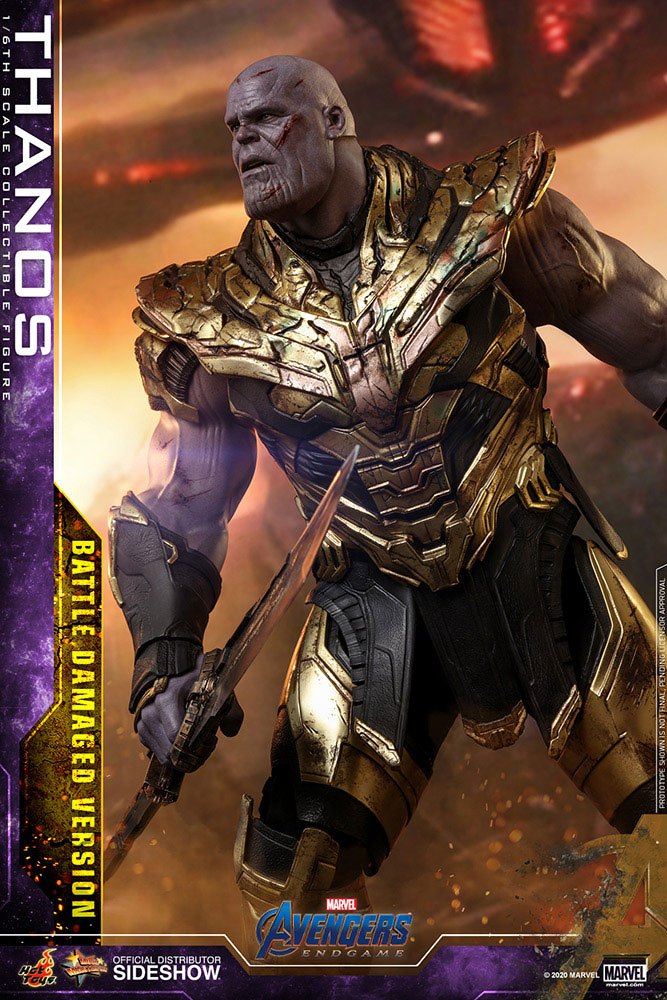 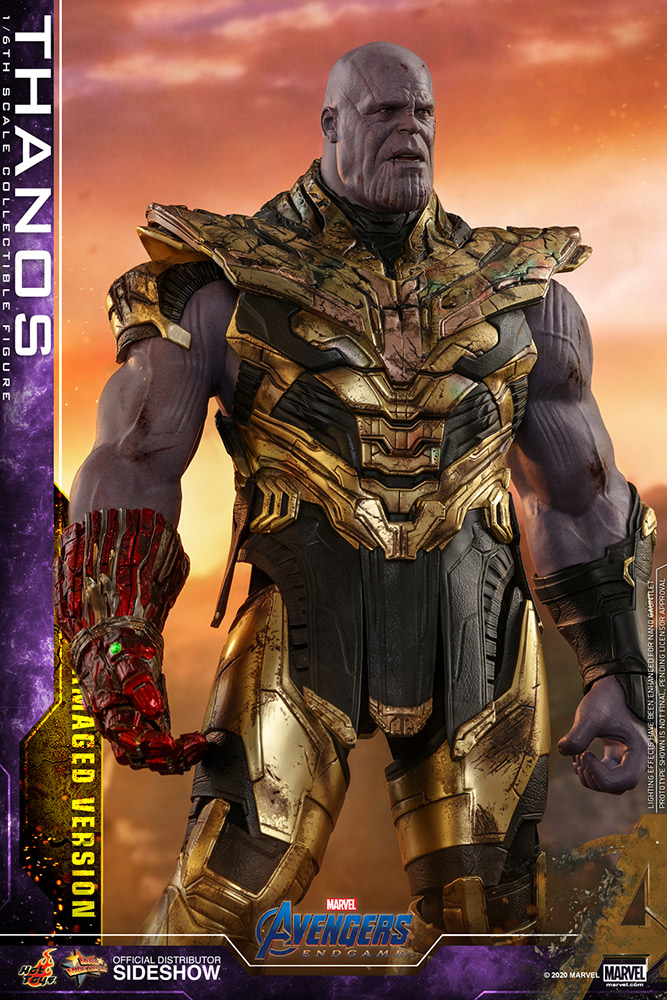 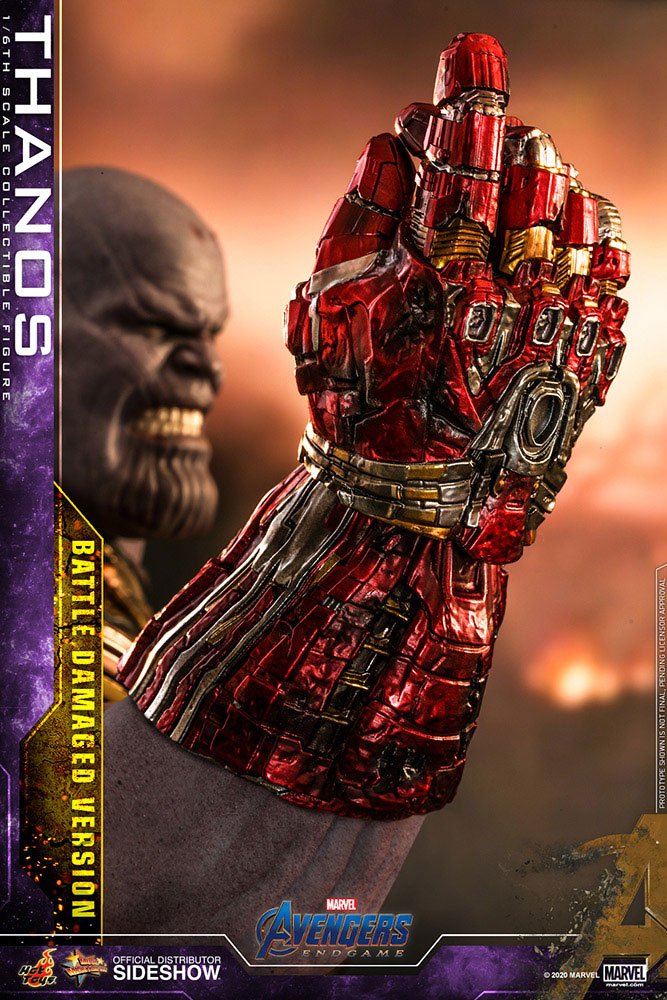 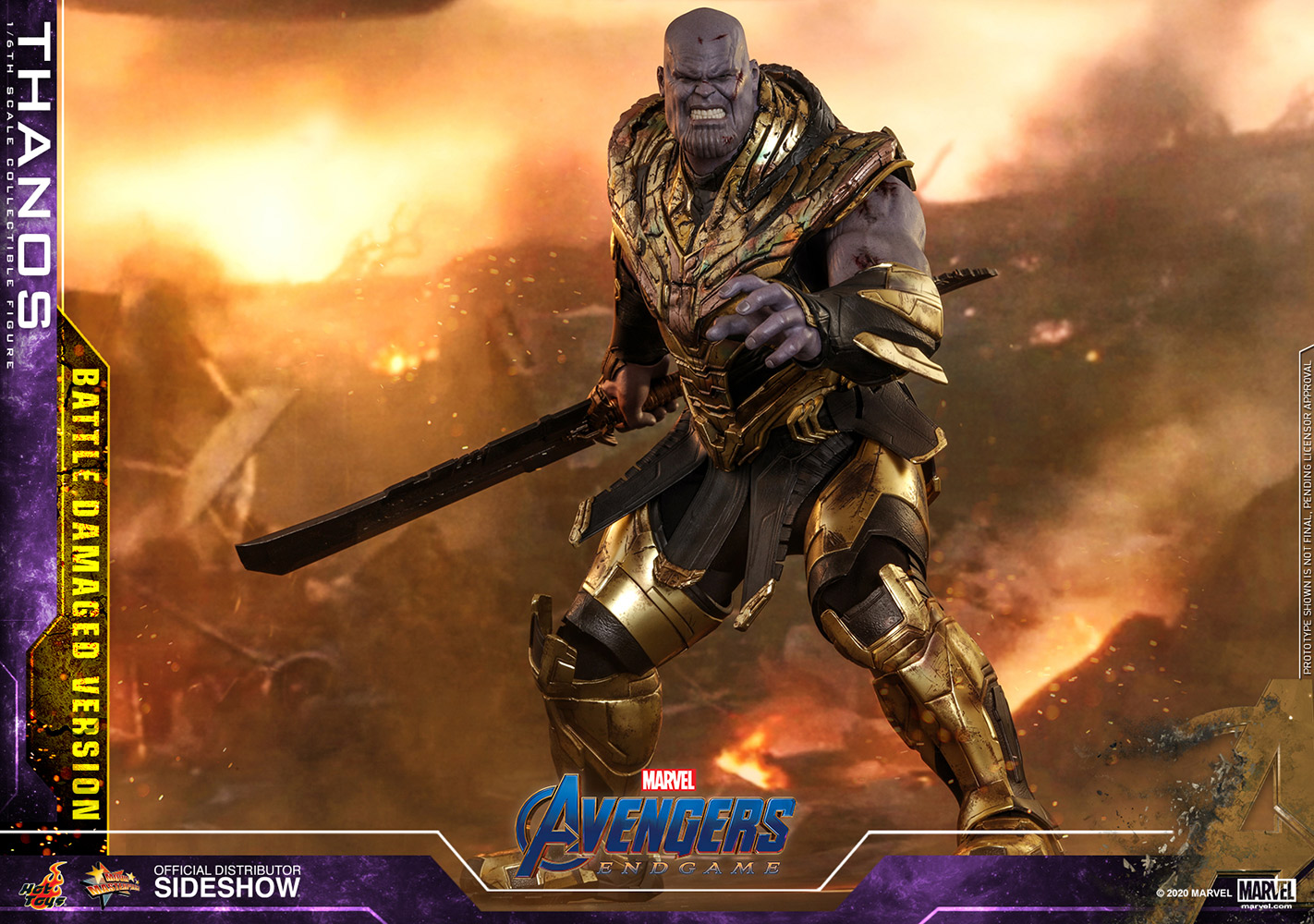 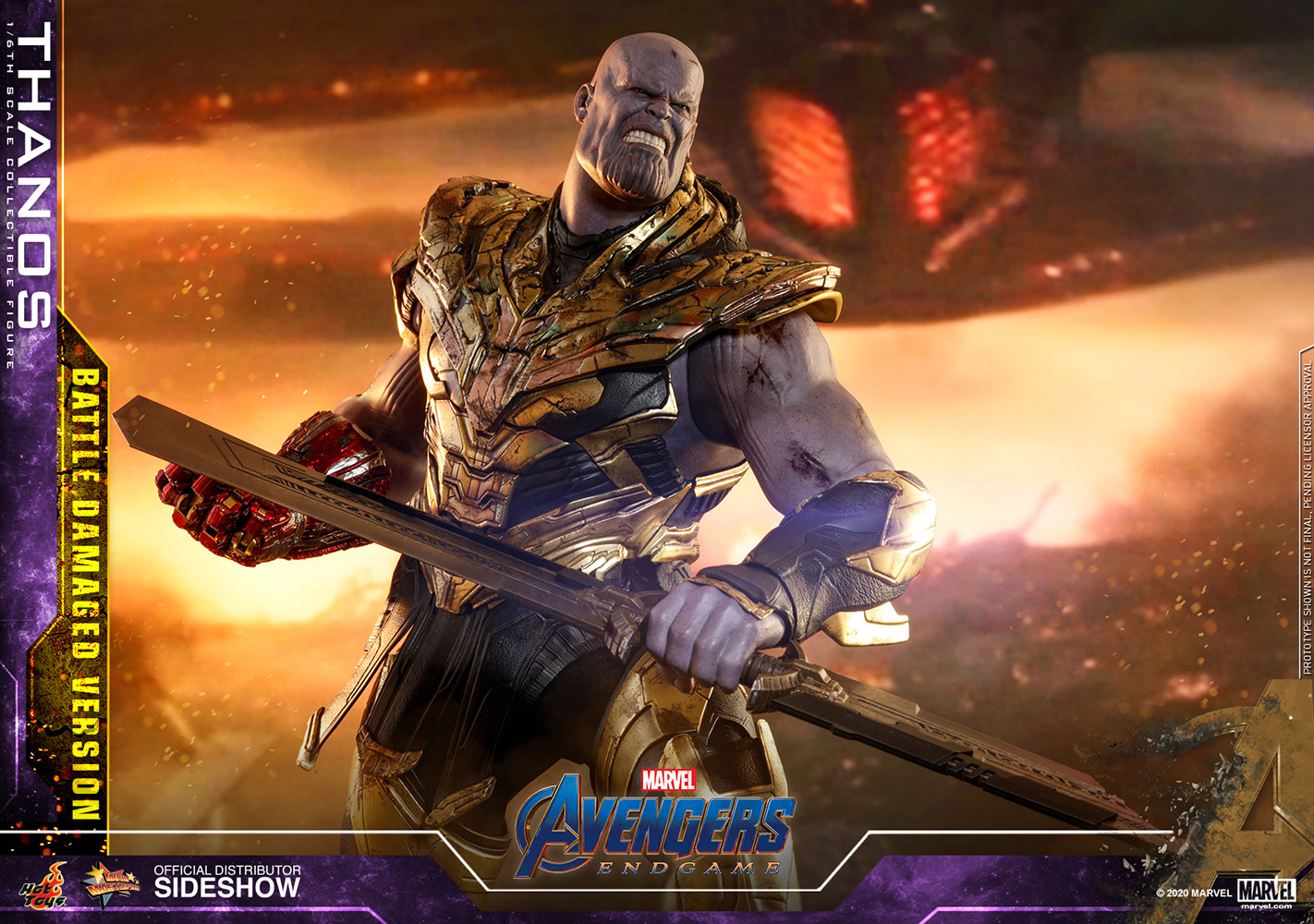 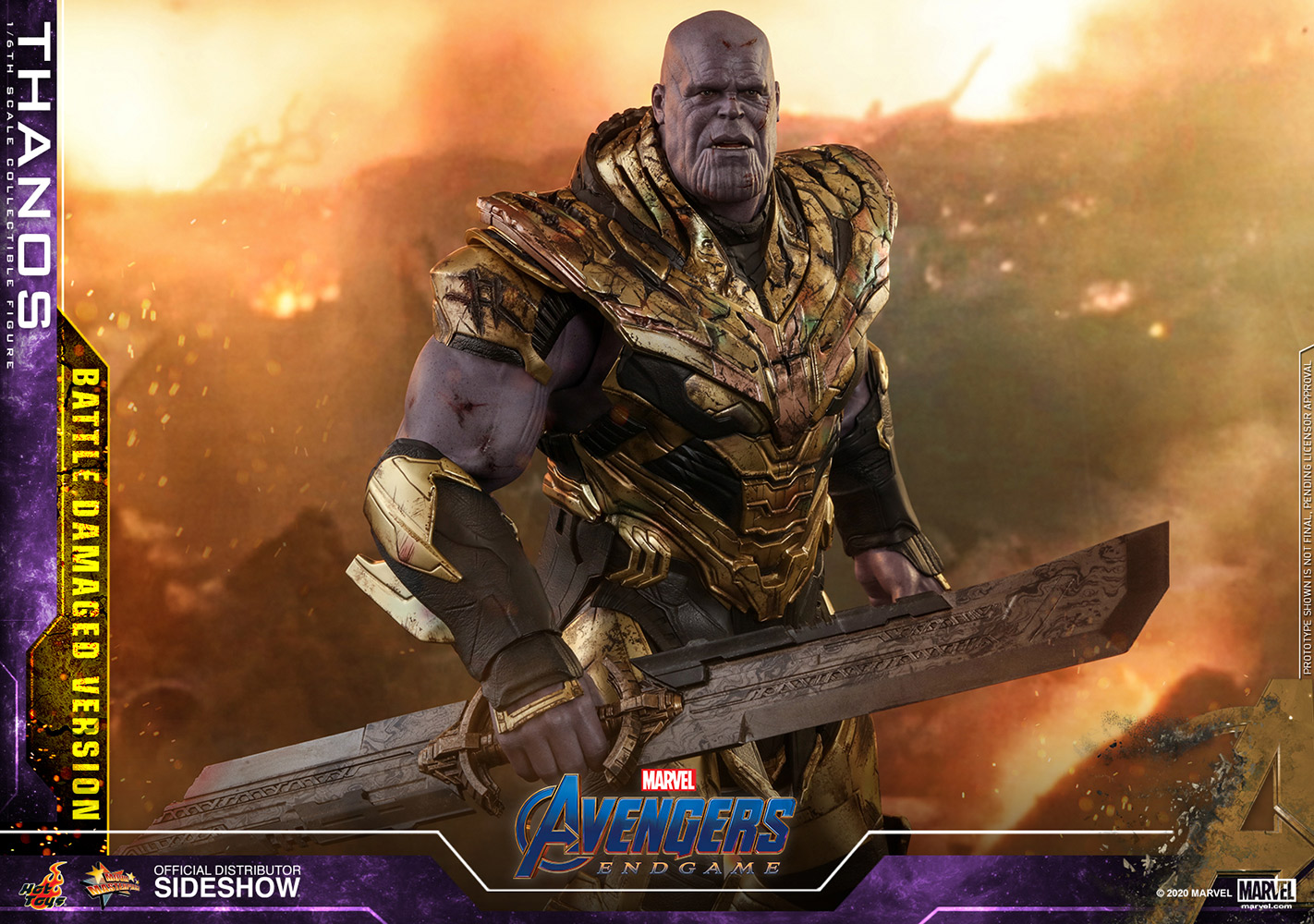 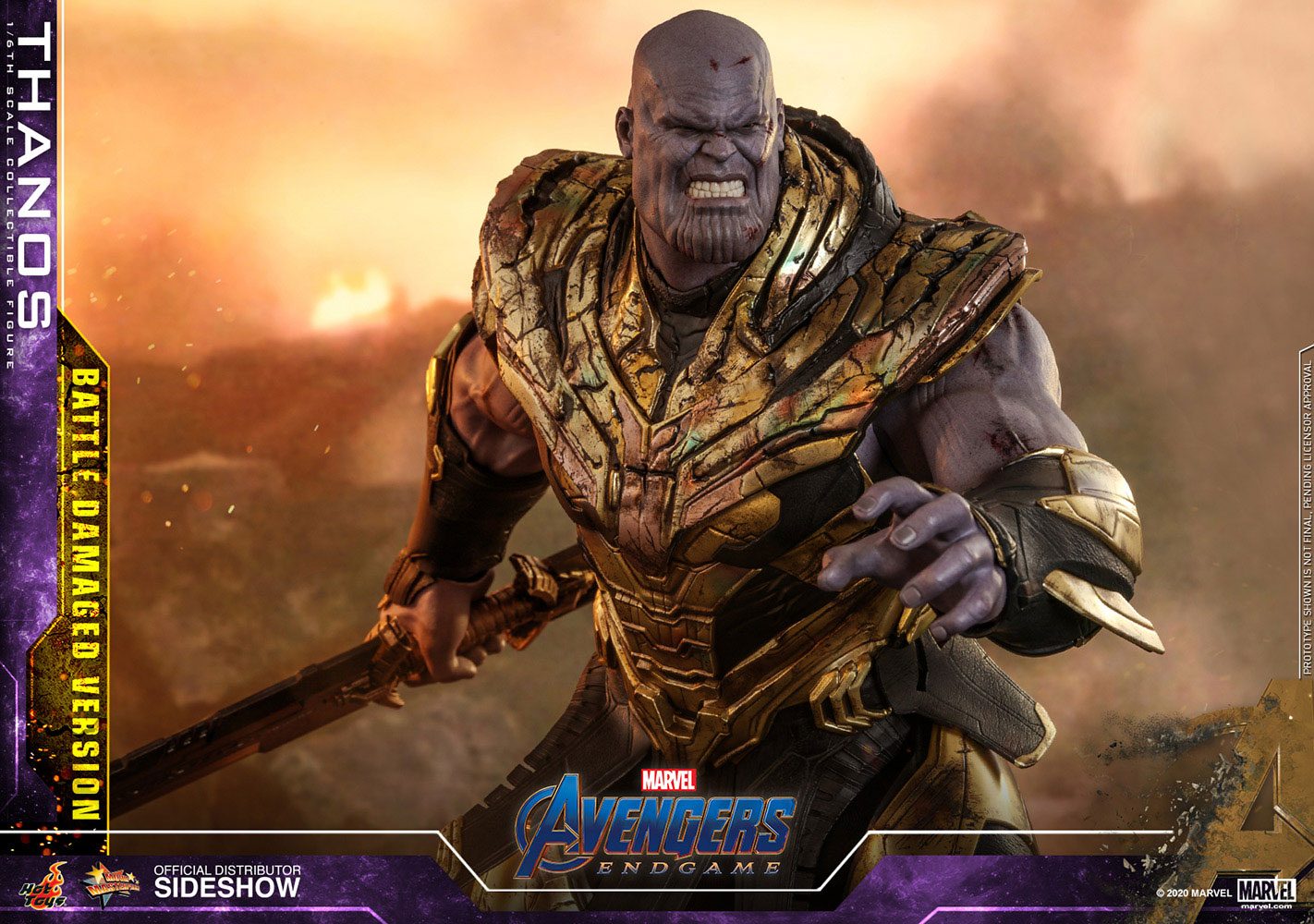 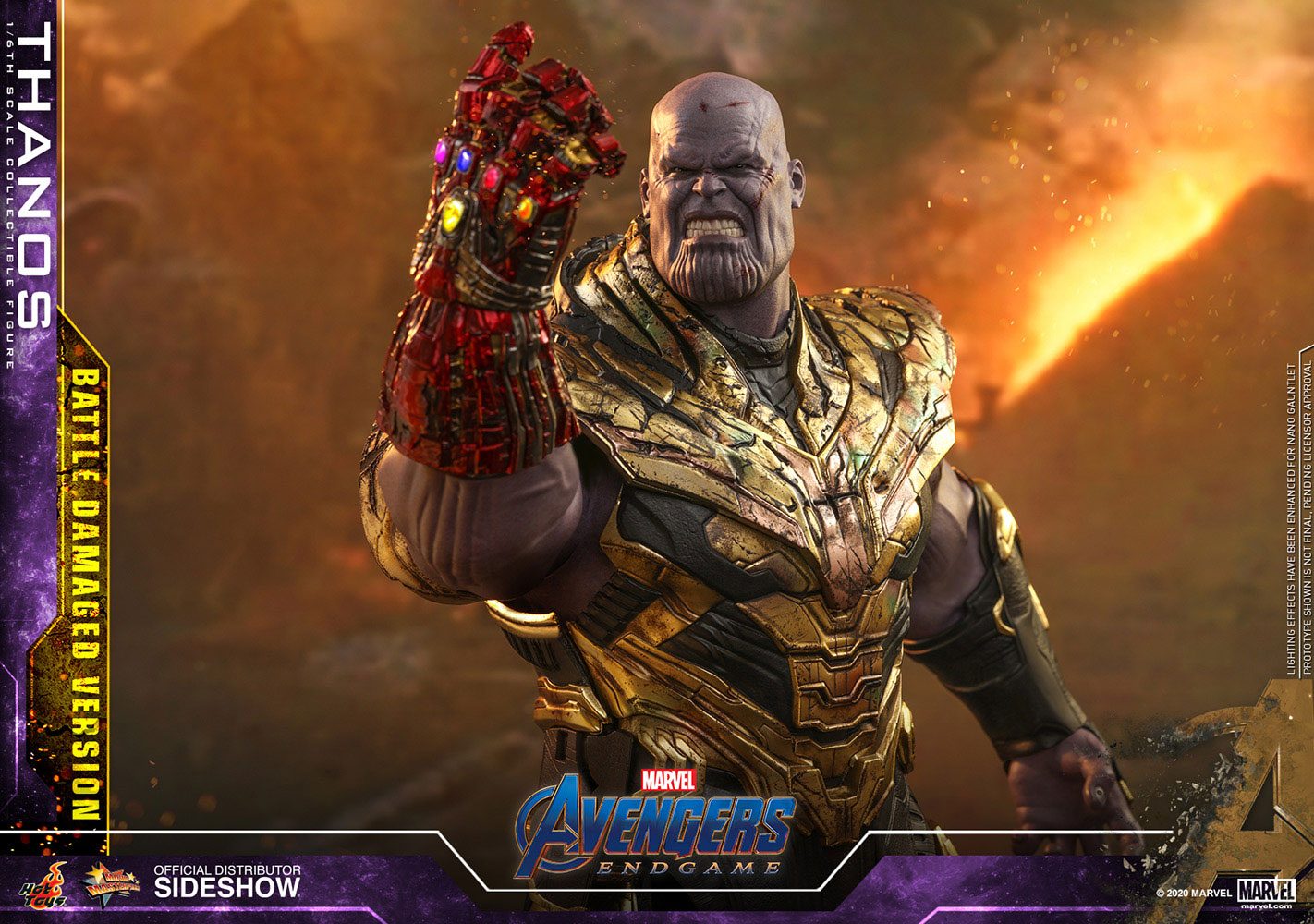 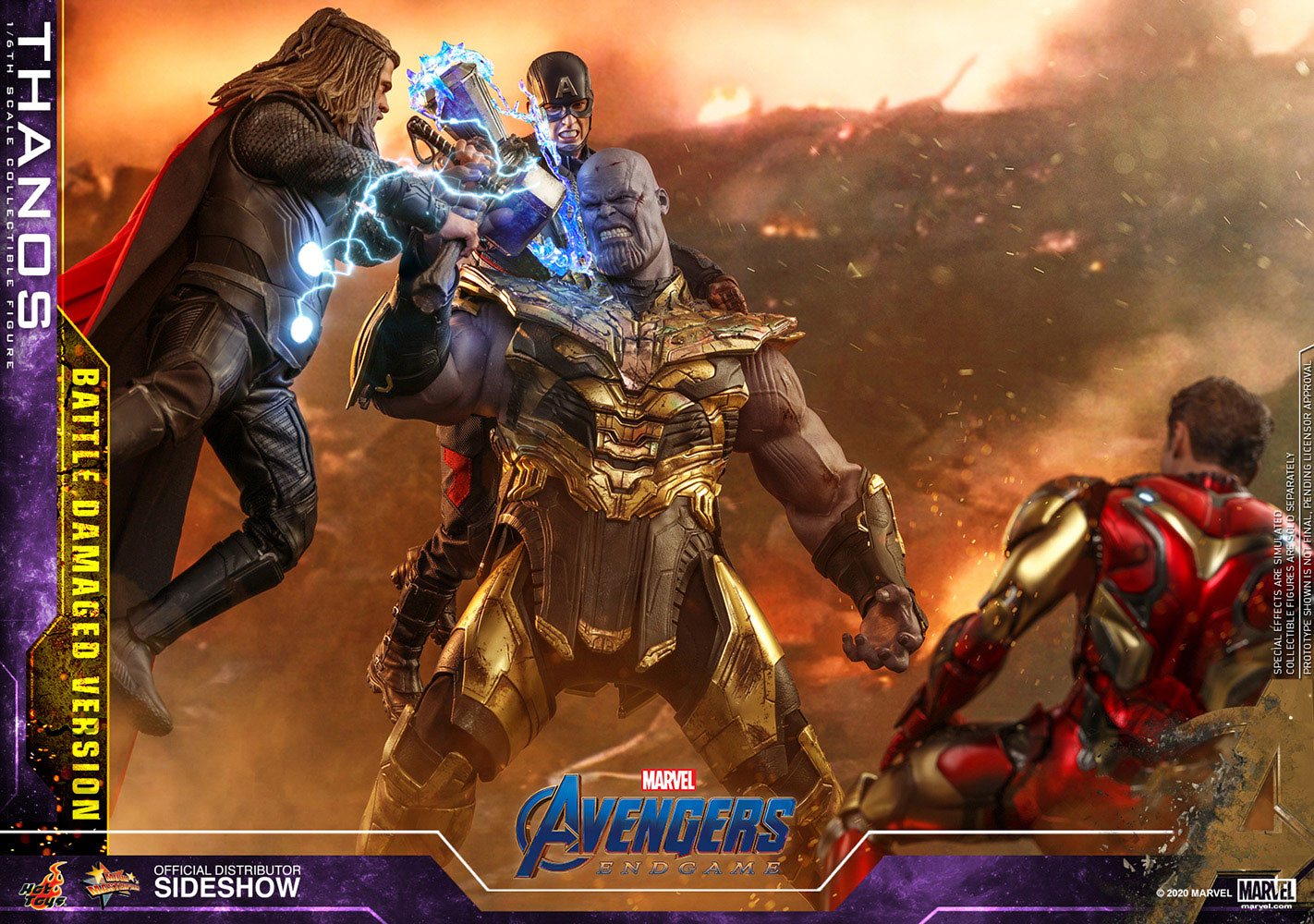 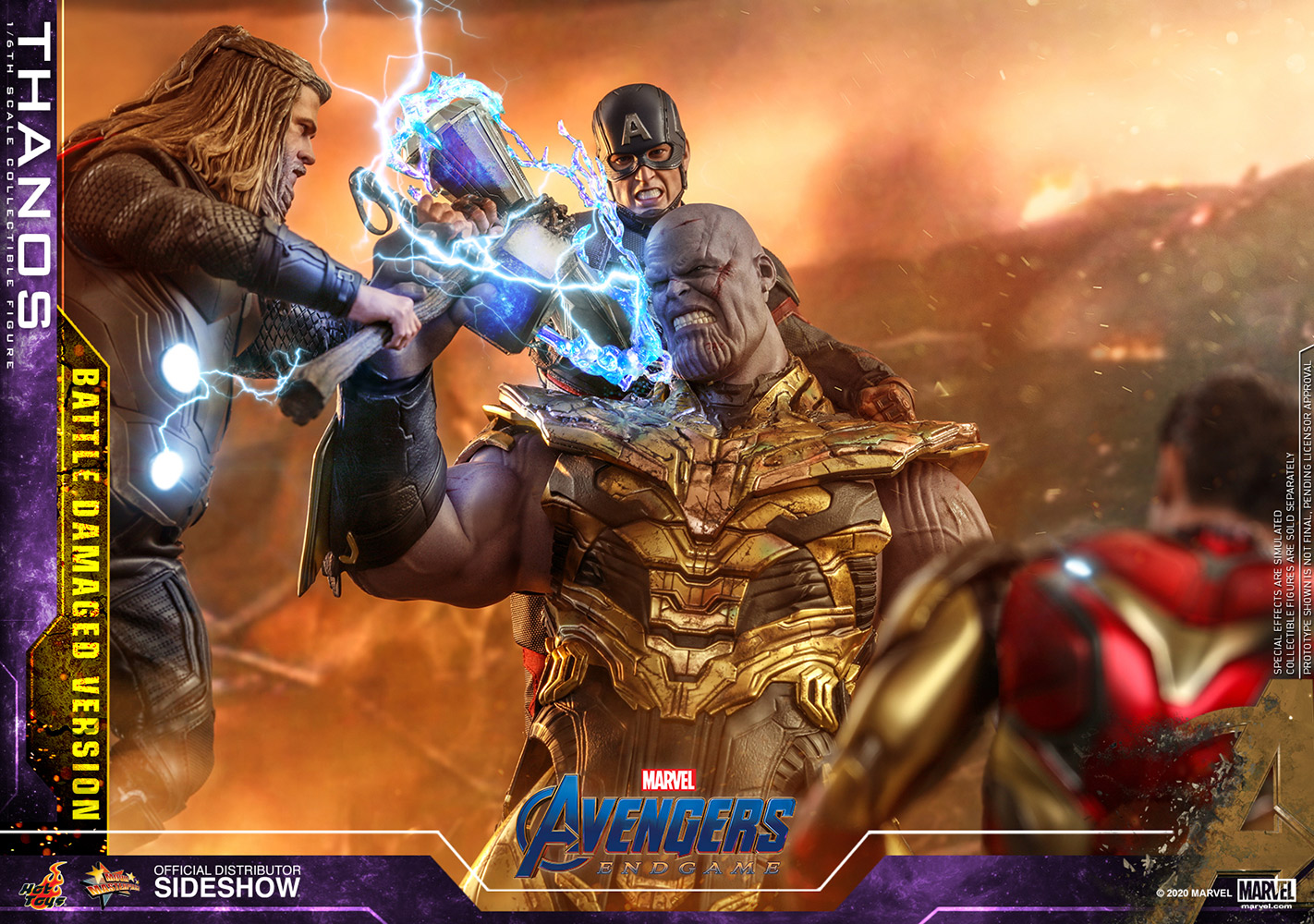 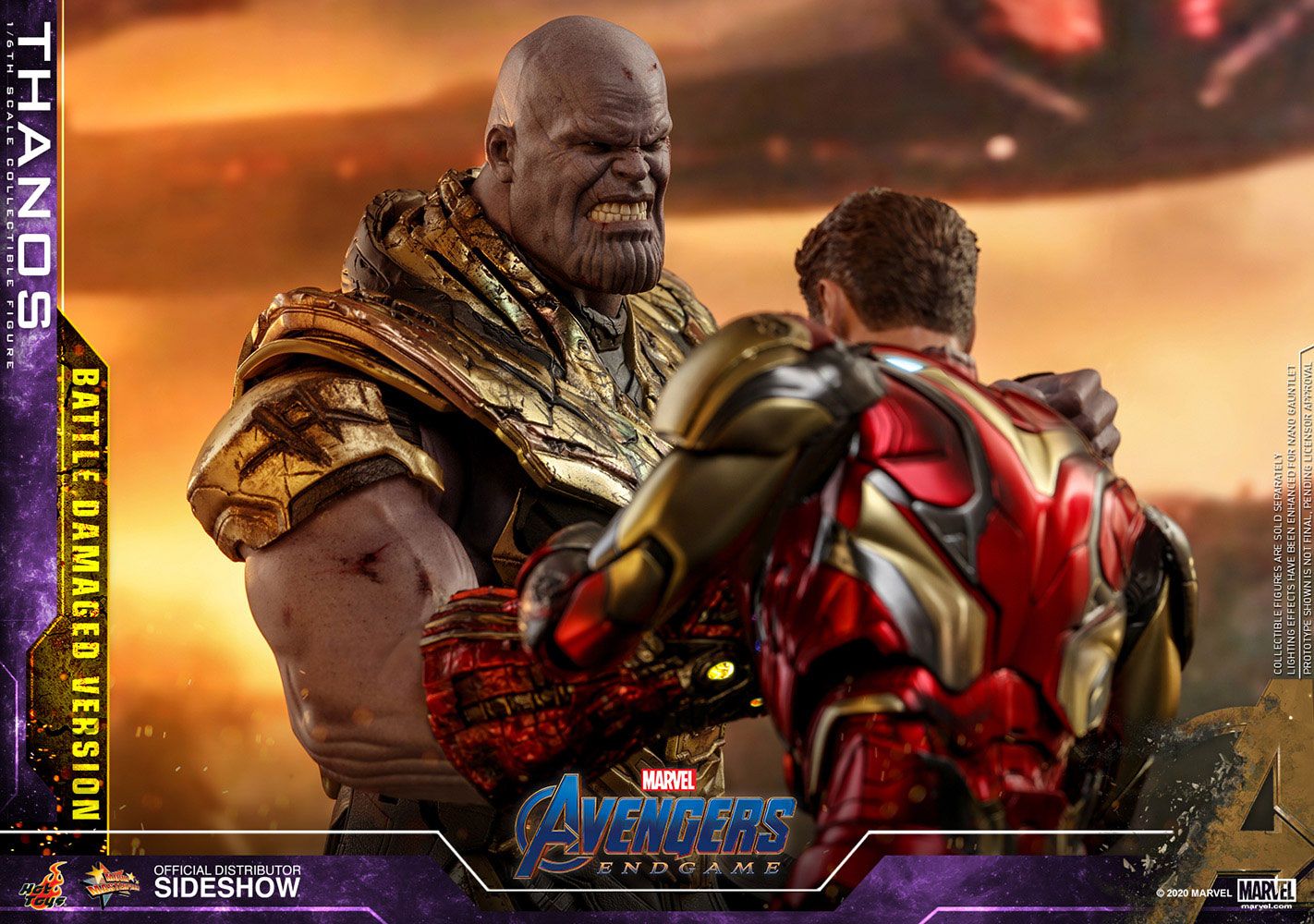 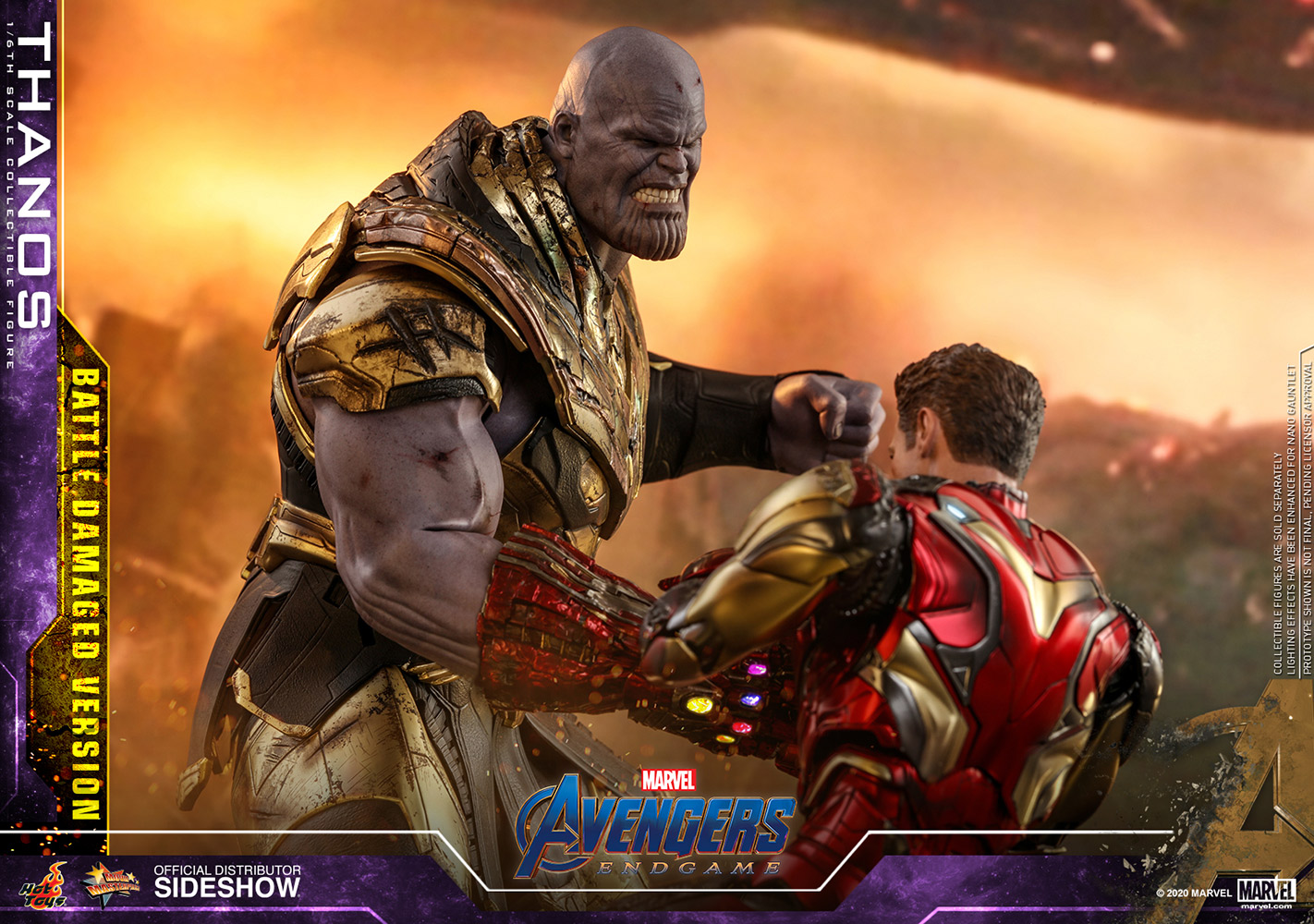 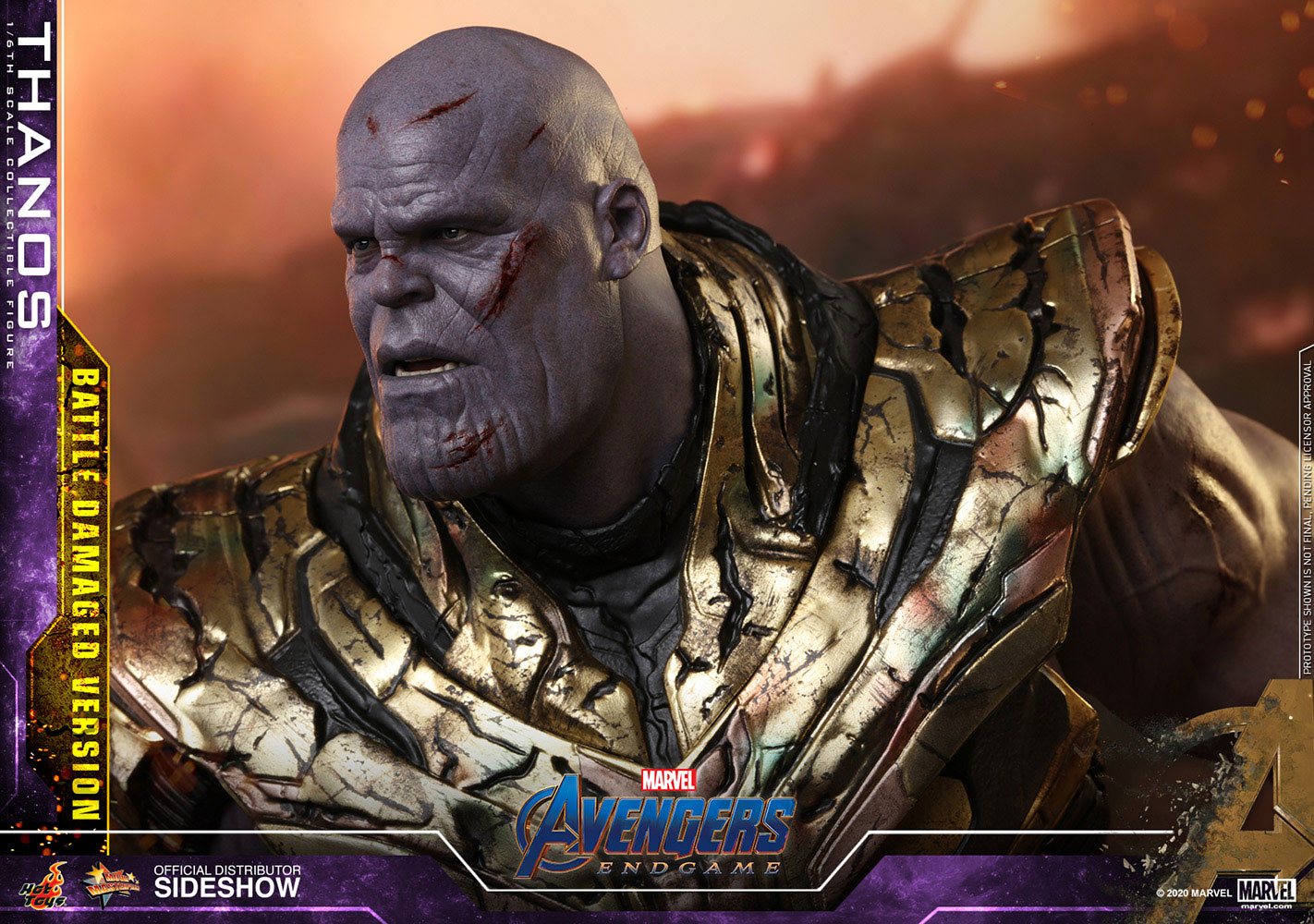 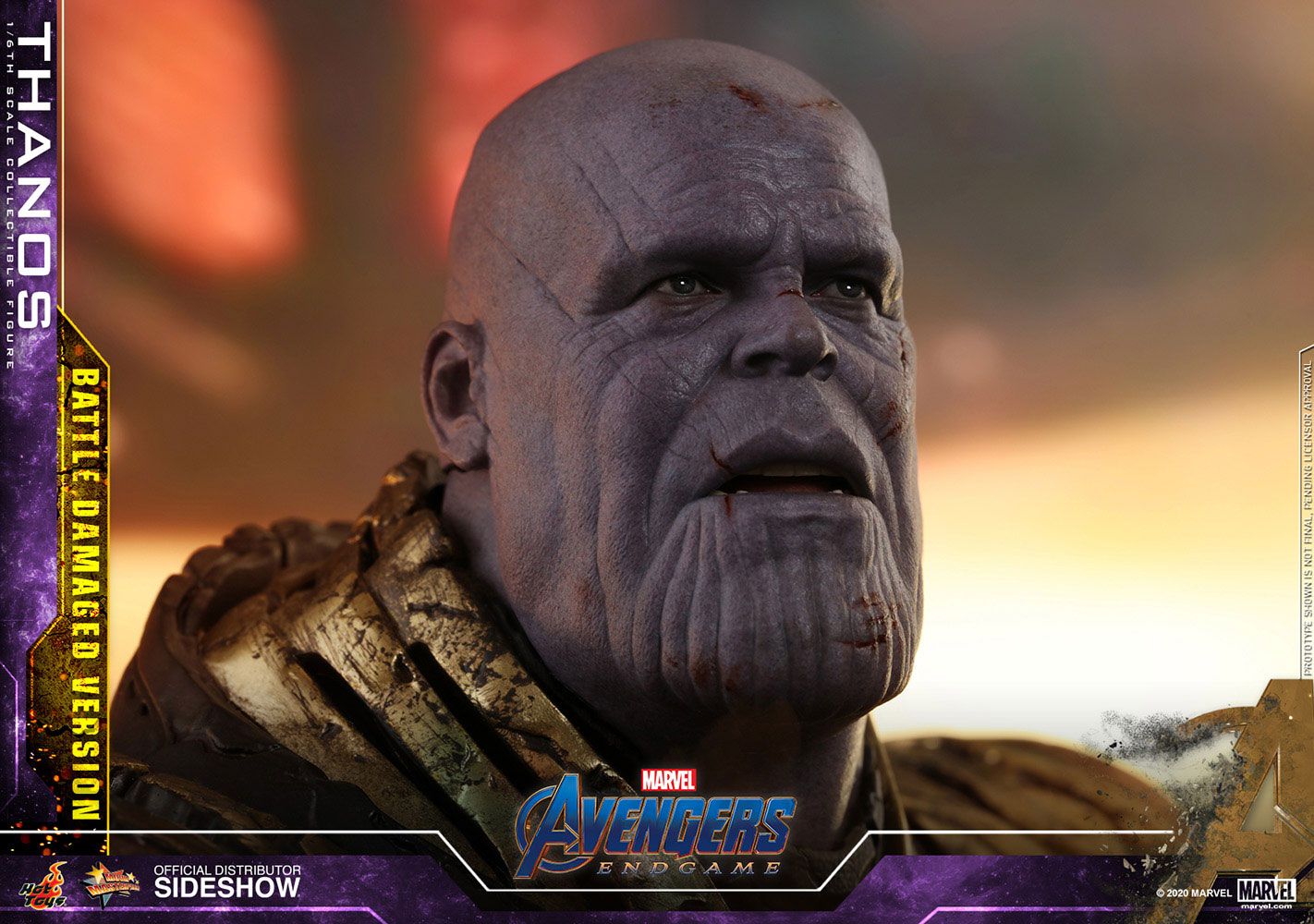 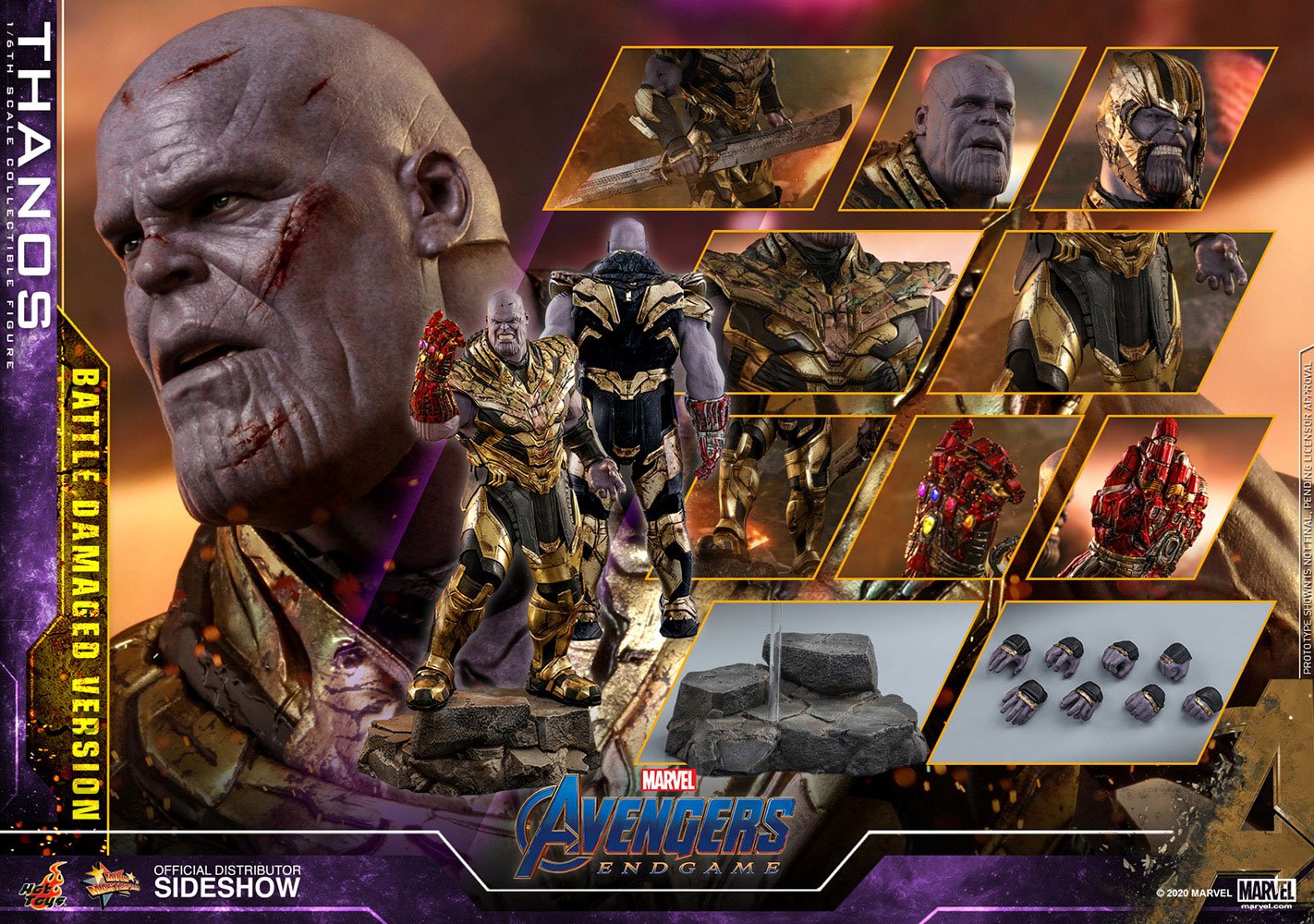 Thanos’ snap of decimation from Avengers: Infinity War threw the galaxy into chaos, but the menace of the universe will stop at nothing to spread his reign of tyranny. Trying to save the other half of the populations from experiencing the same loss that he dealt with, the fierce warlord intends to use the limitless power of the Infinity Stones through the Nano Gauntlet for his ultimate quest.

As a continuation of the incredible collectible series of Avengers: Endgame, Sideshow and Hot Toys present the Thanos (Battle Damaged Version) Sixth Scale Collectible Figure highlighting severe damages on armors inspired by the climactic battle on Earth from The Infinity Saga!

Dominate the universe by adding this remarkable collectible figure to your epic Marvel collection now!