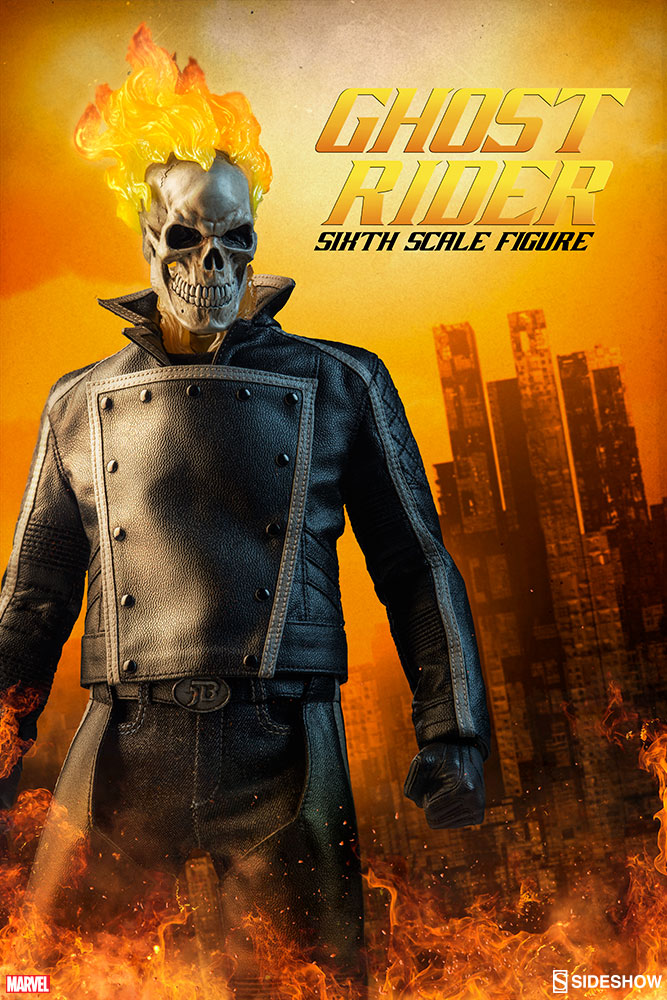 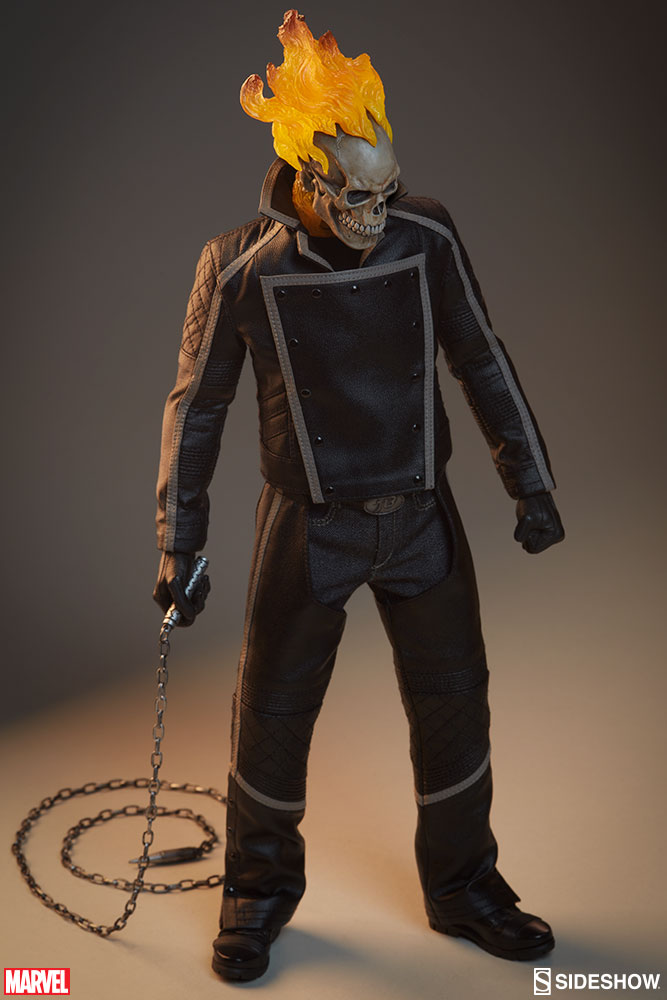 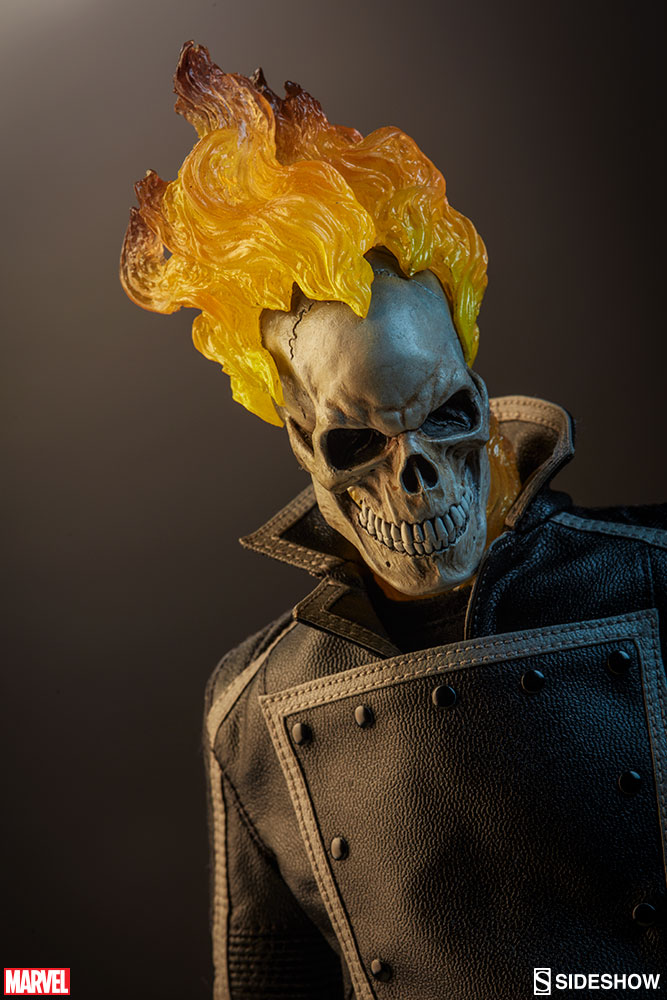 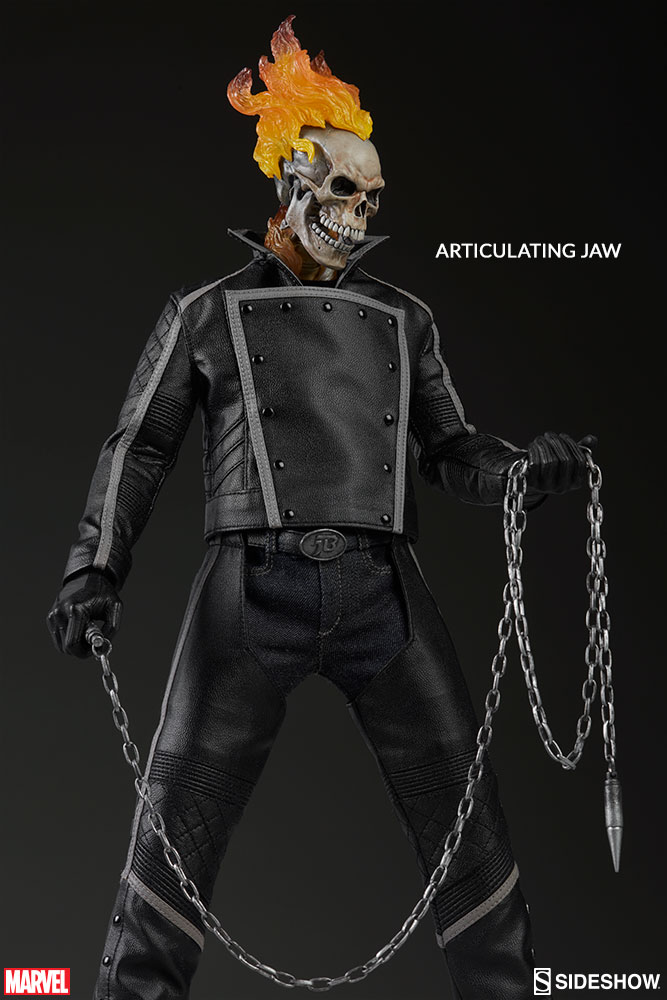 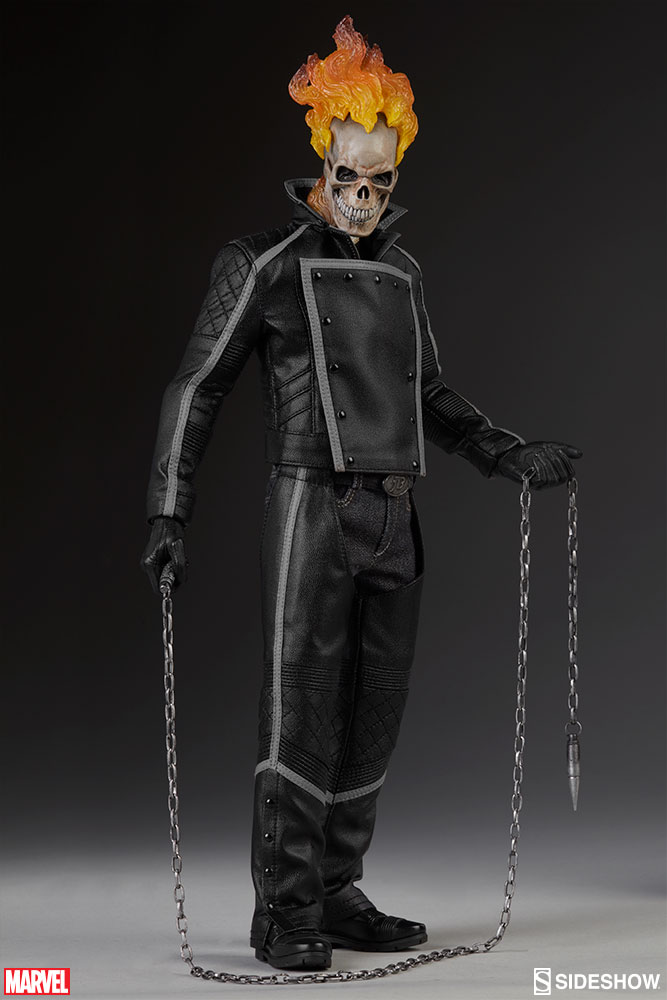 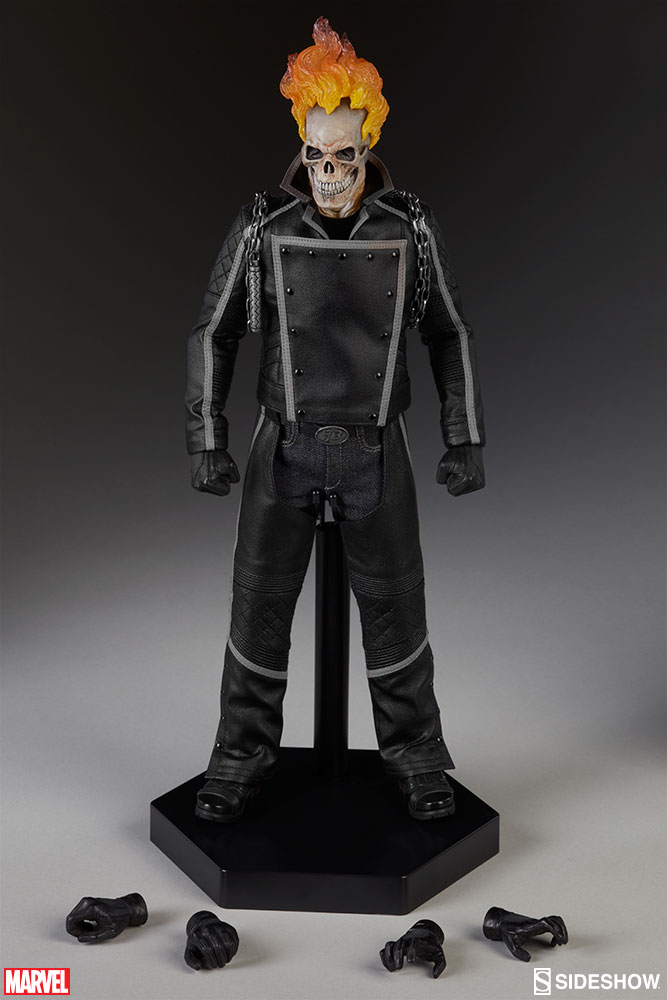 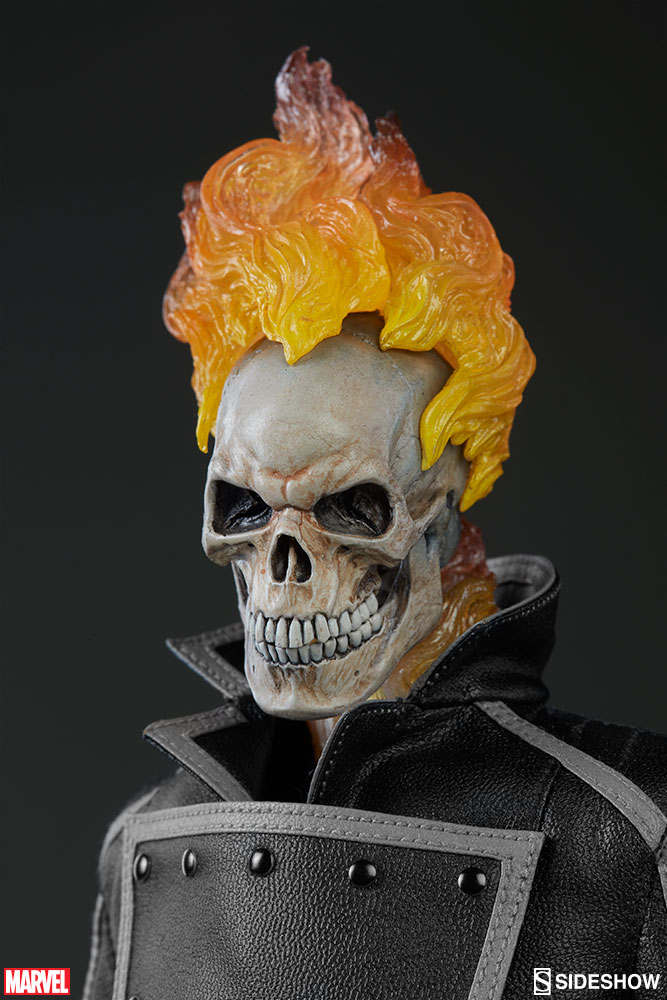 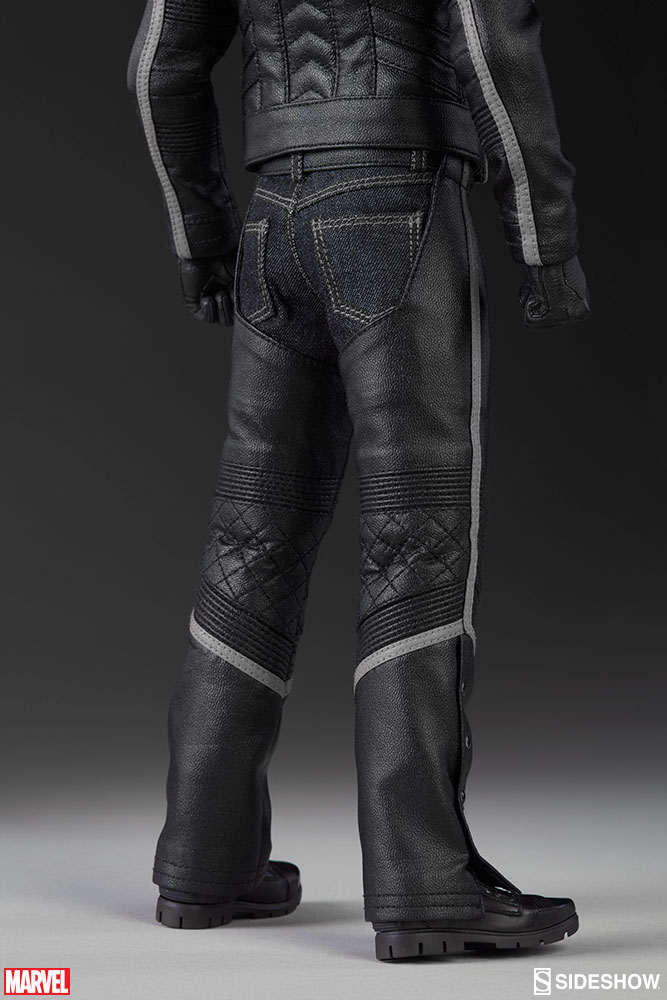 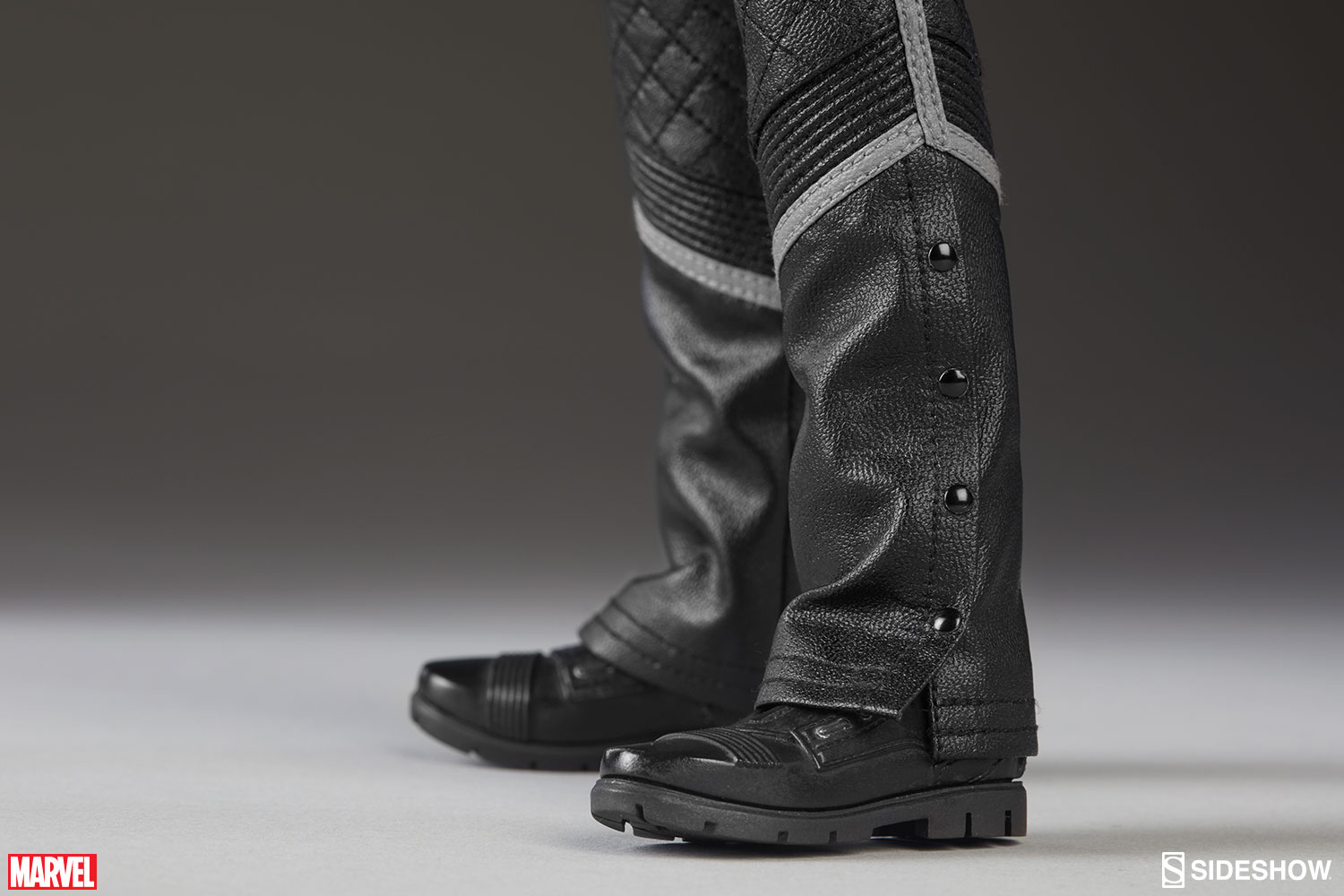 “So here I am. Back on Earth. Johnny Blaze rides again!”

Barton Blaze’s boy. Carnival rider, Stuntman, and Daredevil. Johnny Blaze spent his life taking risks, wrecking bikes and entertaining the crowd. But family turmoil and grief for a dying loved one can make you do crazy things, and an encounter with a demon and a foolish pact for his very soul turned Blaze into something new and terrifying – the Ghost Rider!
Consumed by hellfire, Blaze’s body becomes a terrifying flame-wreathed skeleton, possessing supernatural powers of strength and endurance. Riding his burning motorcycle, he travels the globe, hunting evil-doers, and using his “penance stare” to inflict unspeakable torment upon those who have hurt the innocent.
Marvel’s Ghost Rider has inhabited many bodies over the years, but our newest sixth scale figure pays homage to a classic, the legendary Johnny Blaze.
This biker from hell has been brought to life by our artists with an attention to detail that simply has to be seen to be believed!
Each and every crease and fold of his painstakingly tailored wardrobe, from the individual buttons on his high-collared leather-effect biker jacket to his microscopically stitched blue jeans has been lovingly reproduced.
Even his sculpted biker boots and signature “JB” belt buckle have been hand-painted and weathered for the ultimate realism.
His grinning skull is enshrouded in eerie semi-translucent flames that creep up from below his collar and wrap around his neck.