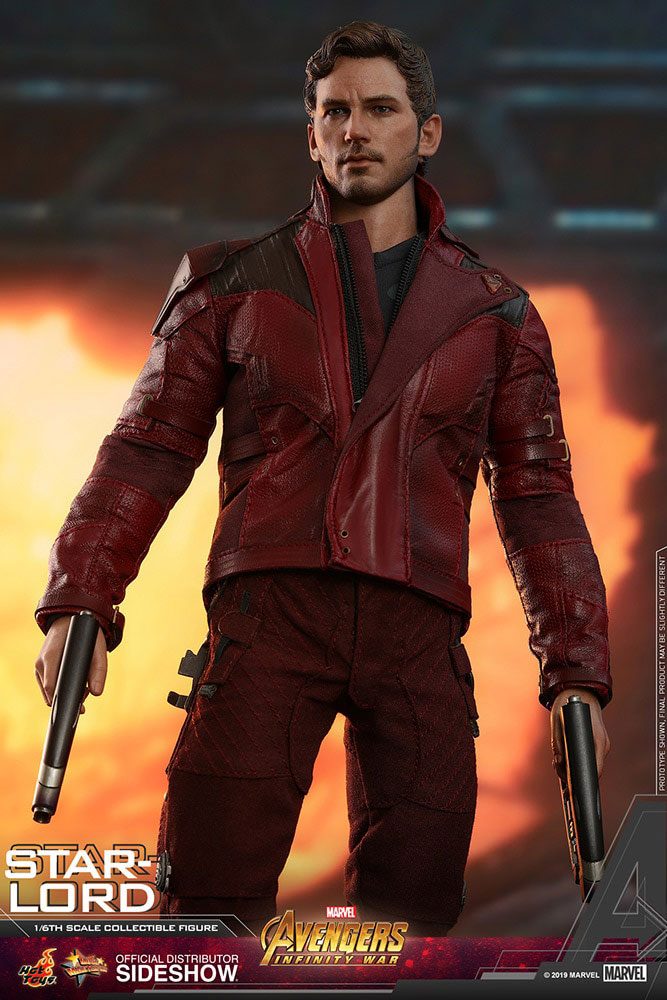 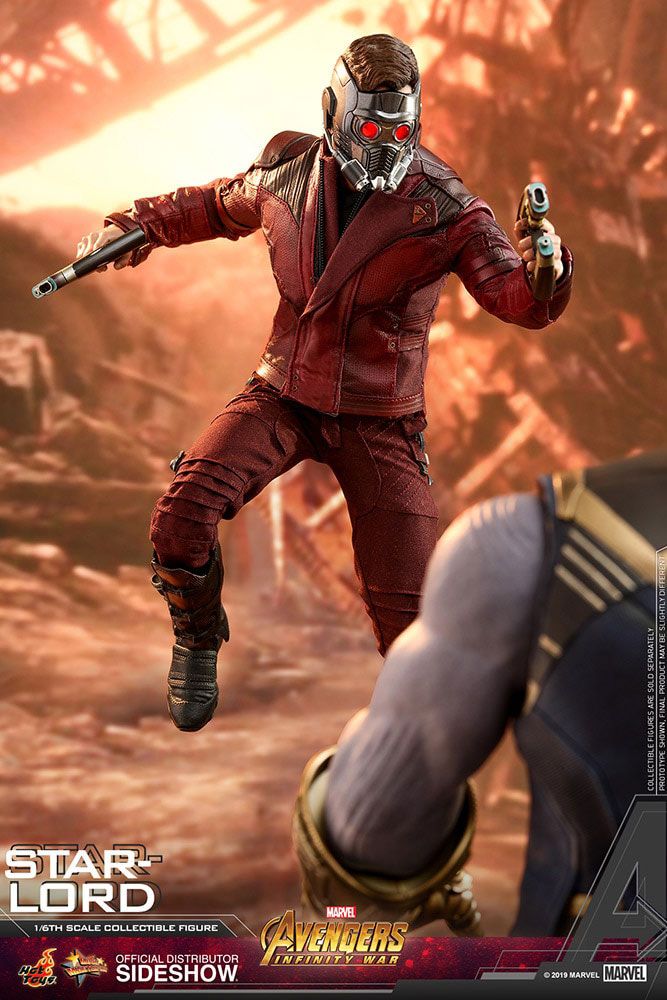 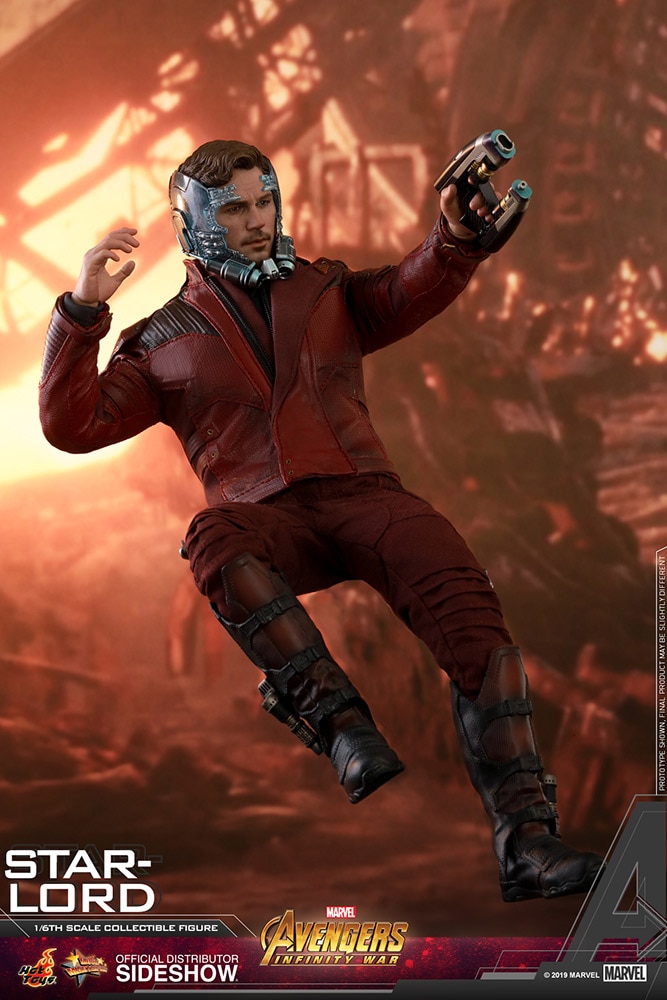 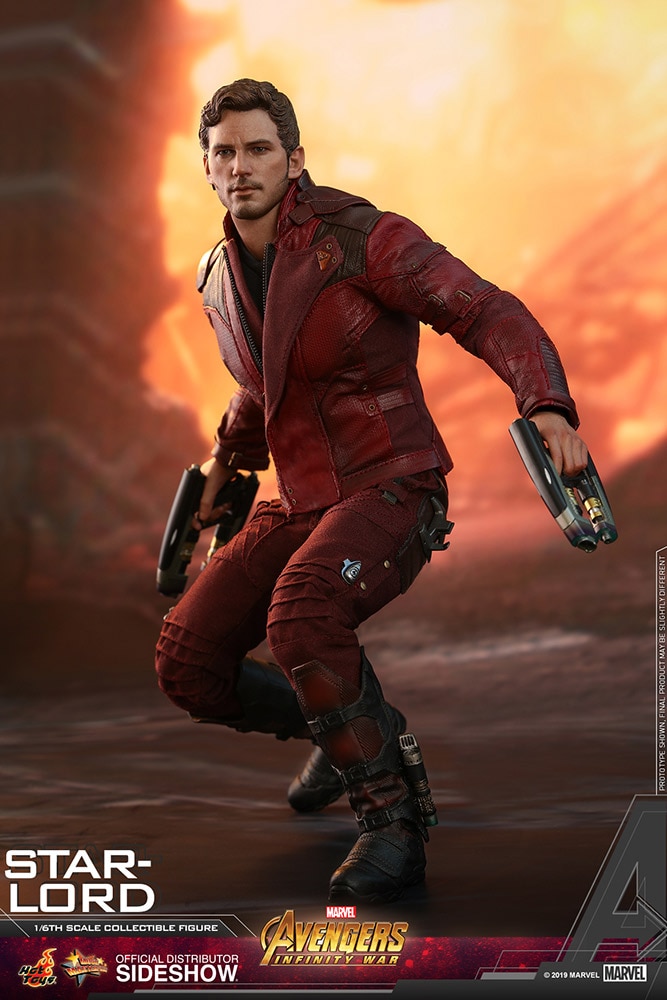 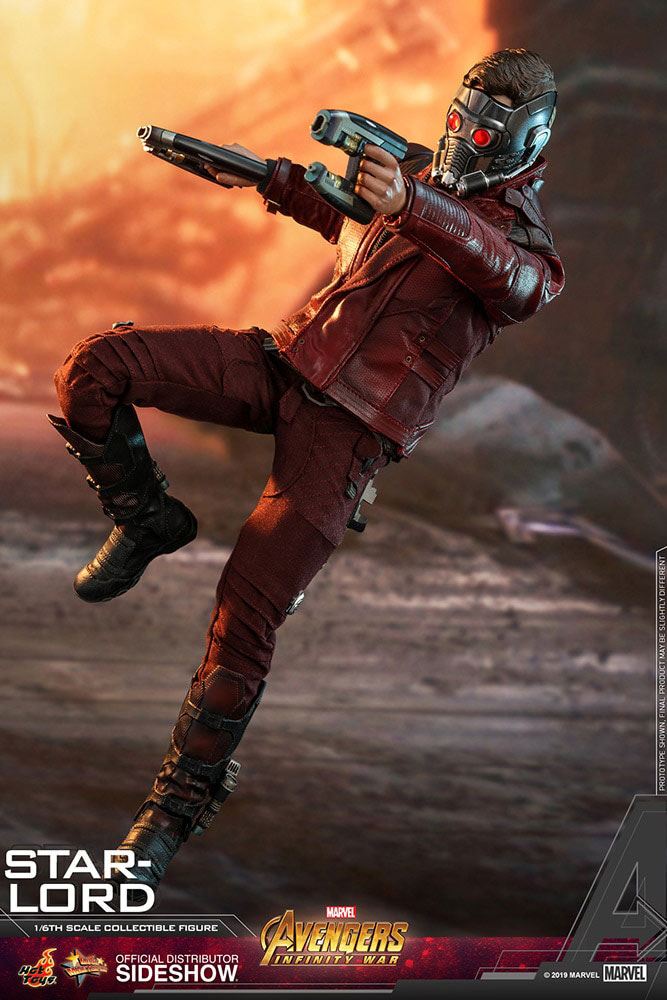 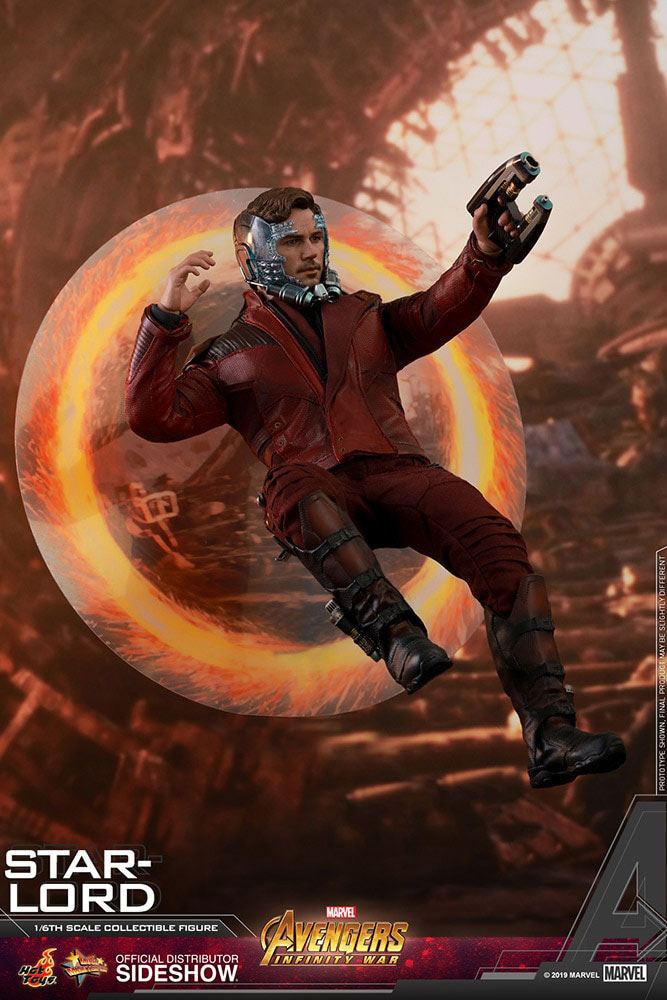 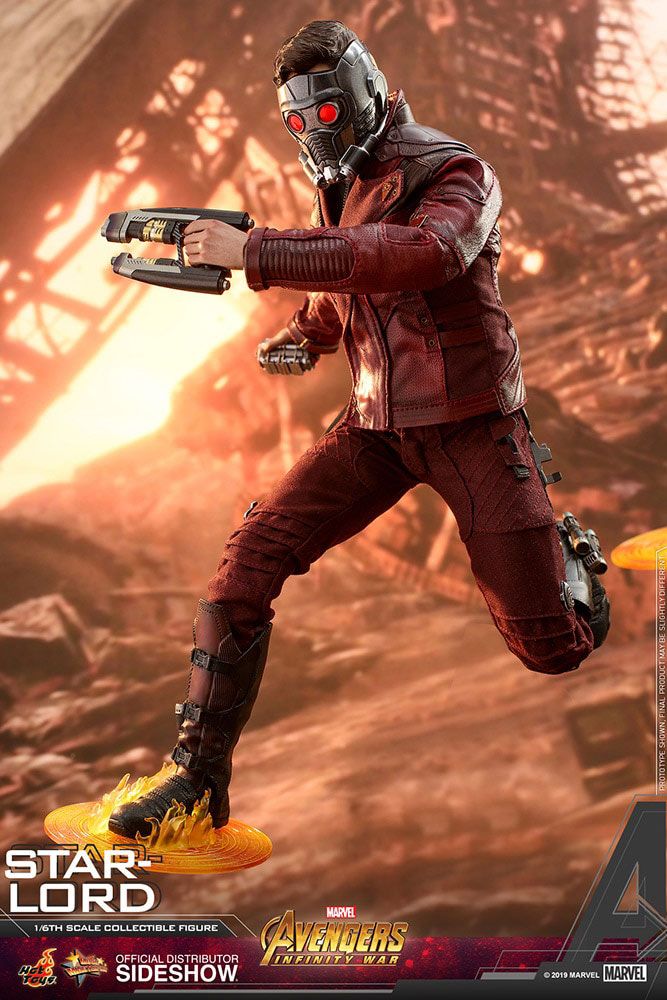 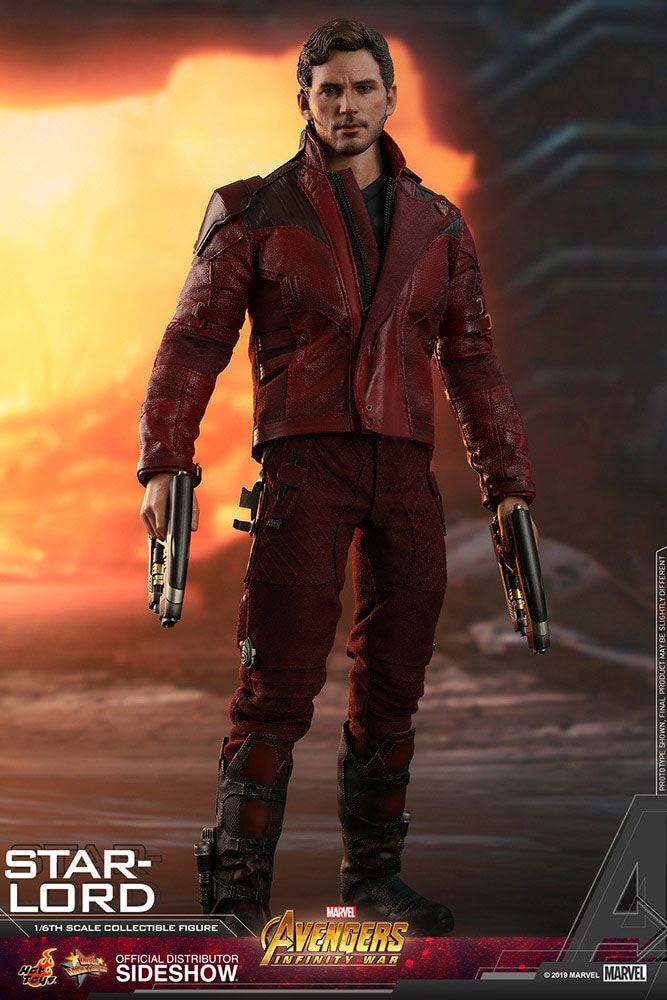 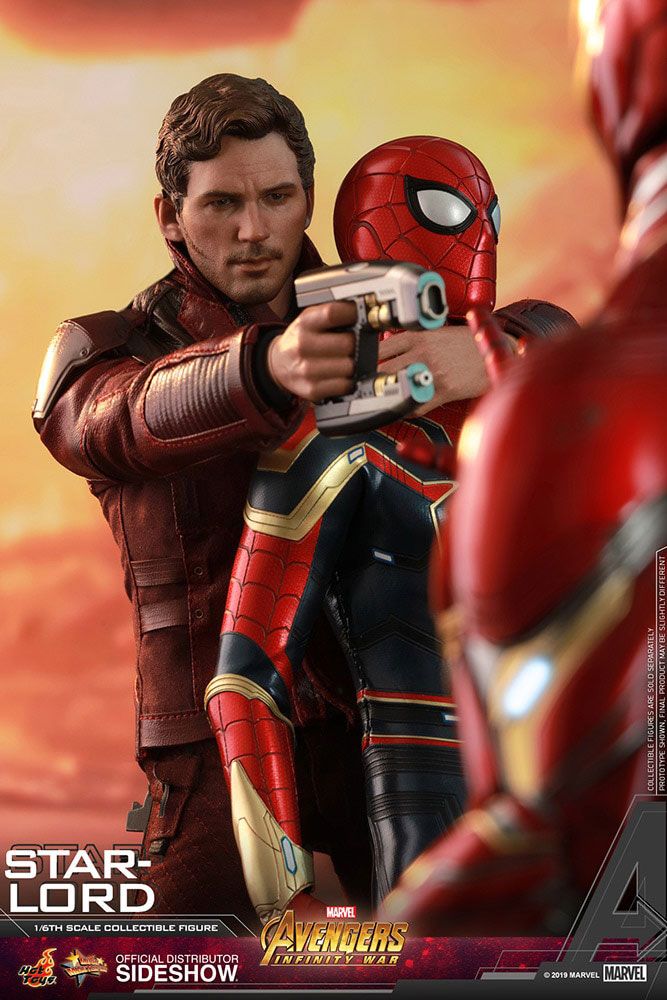 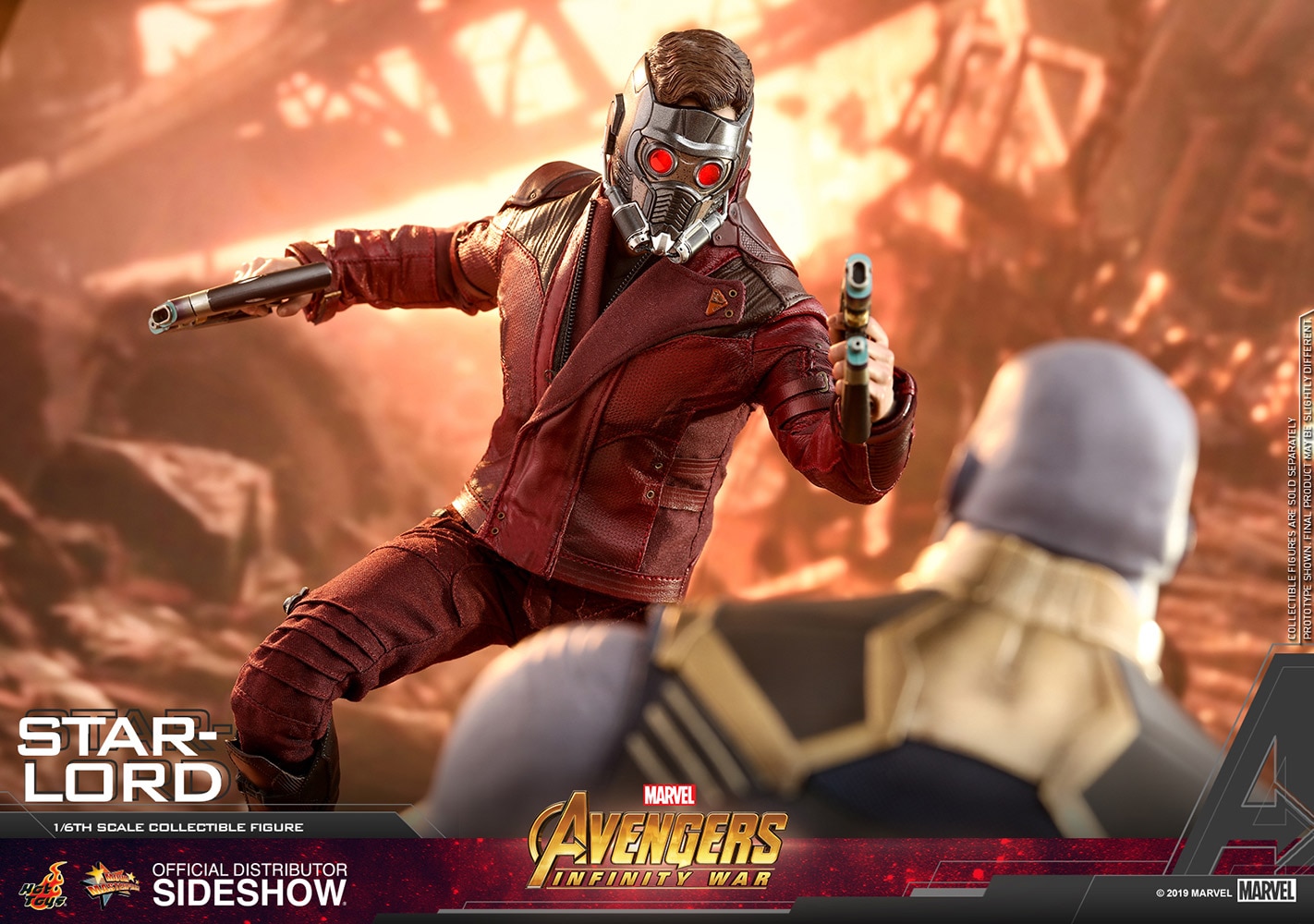 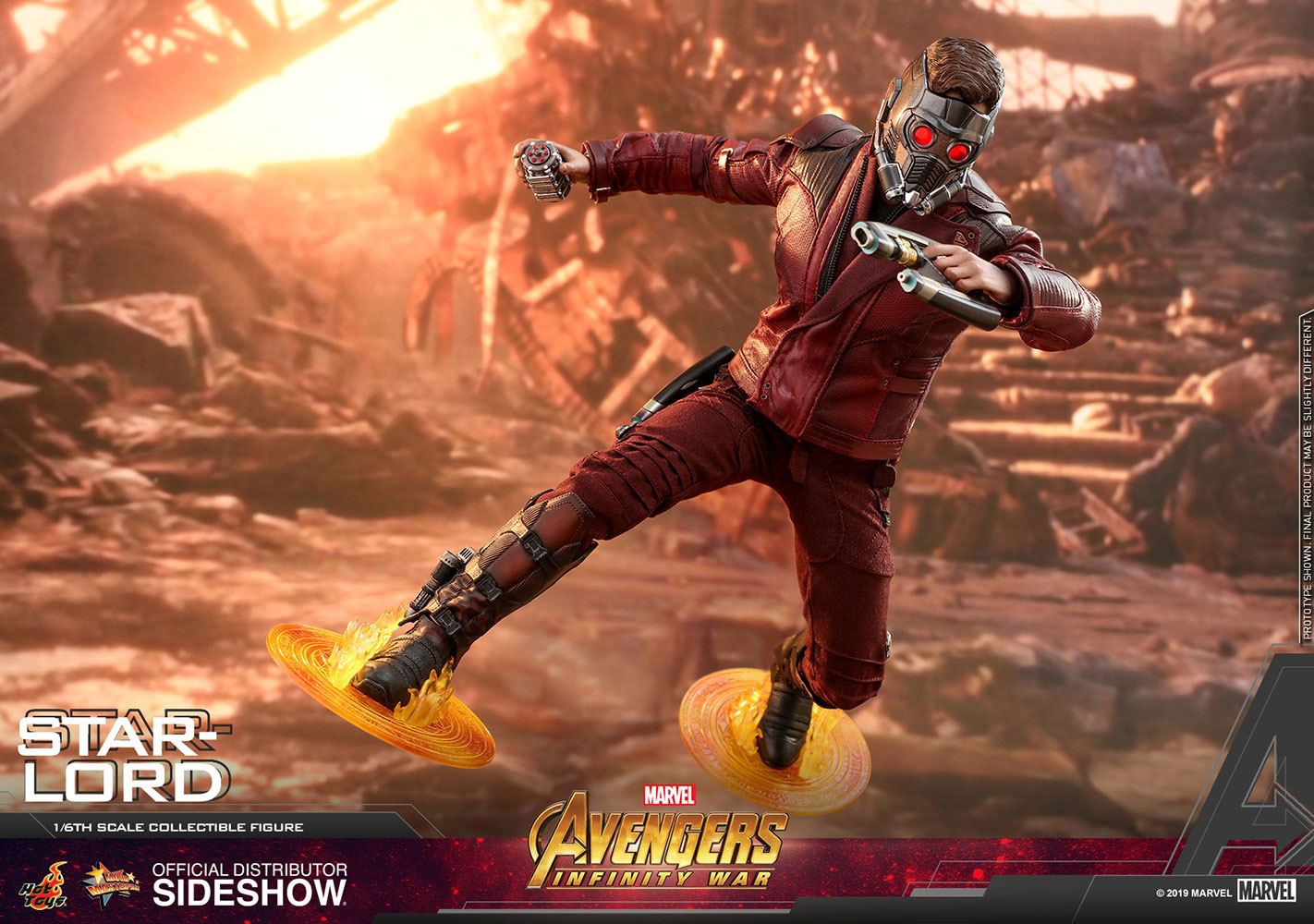 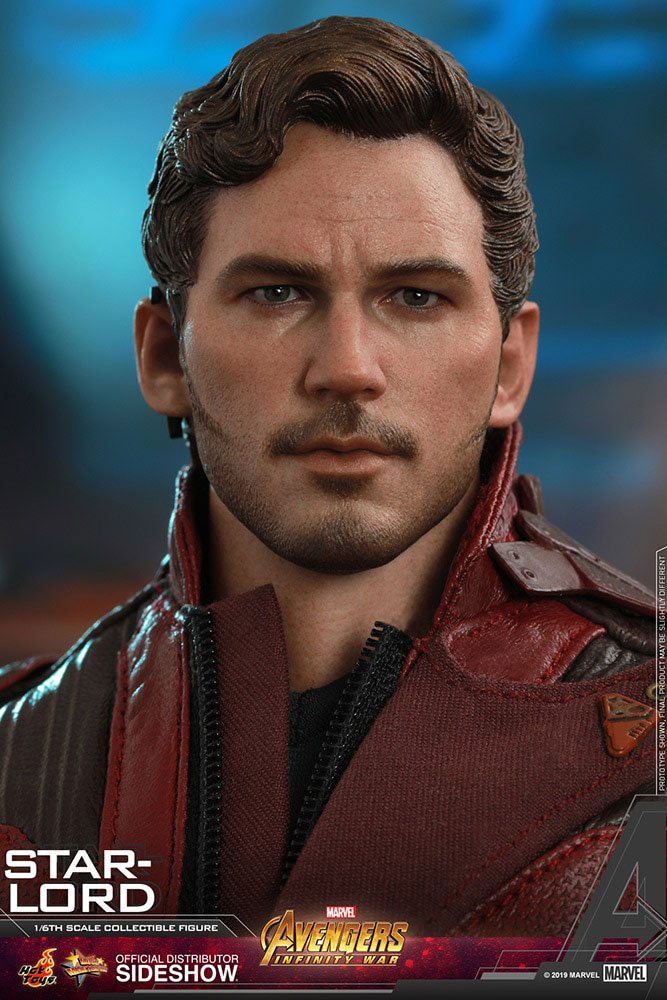 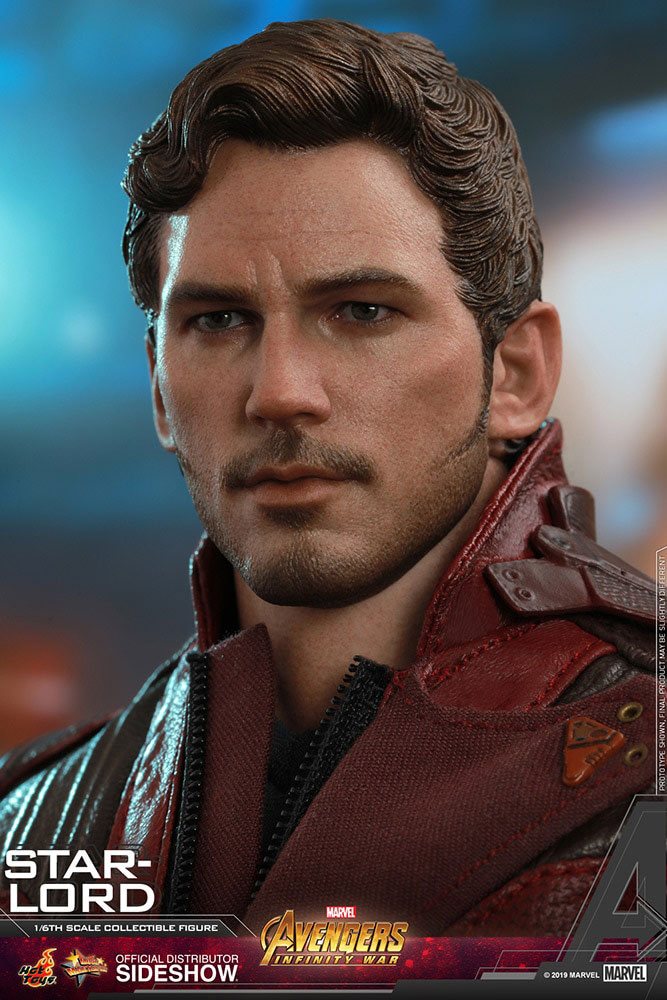 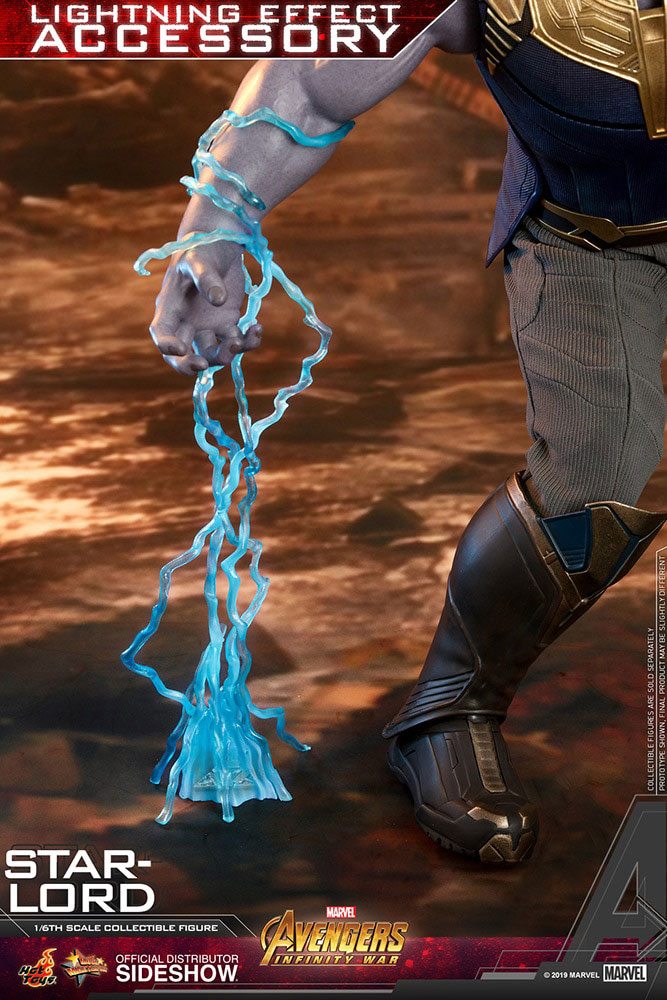 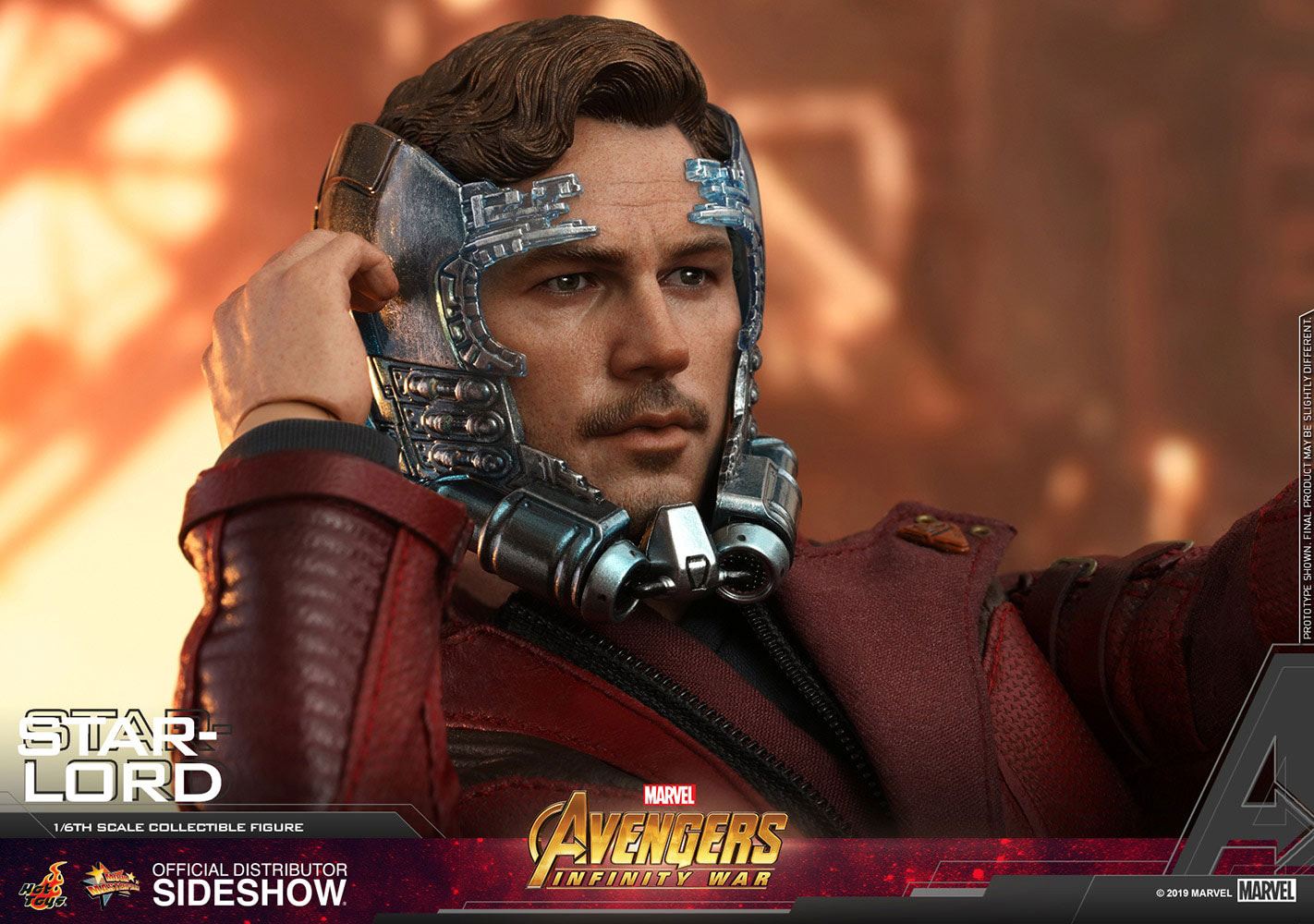 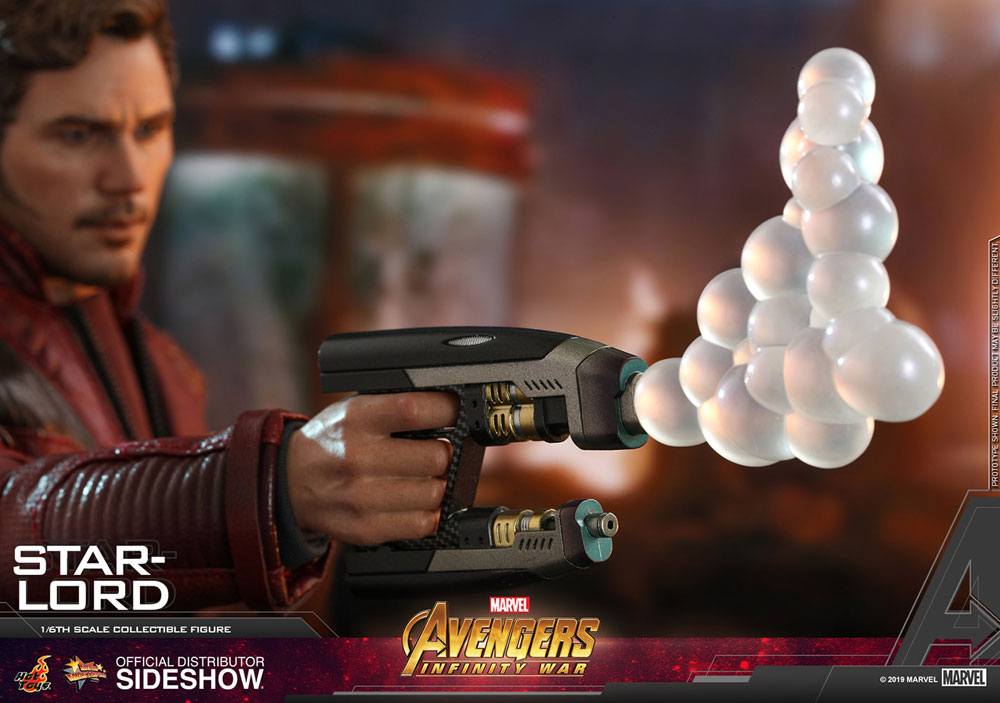 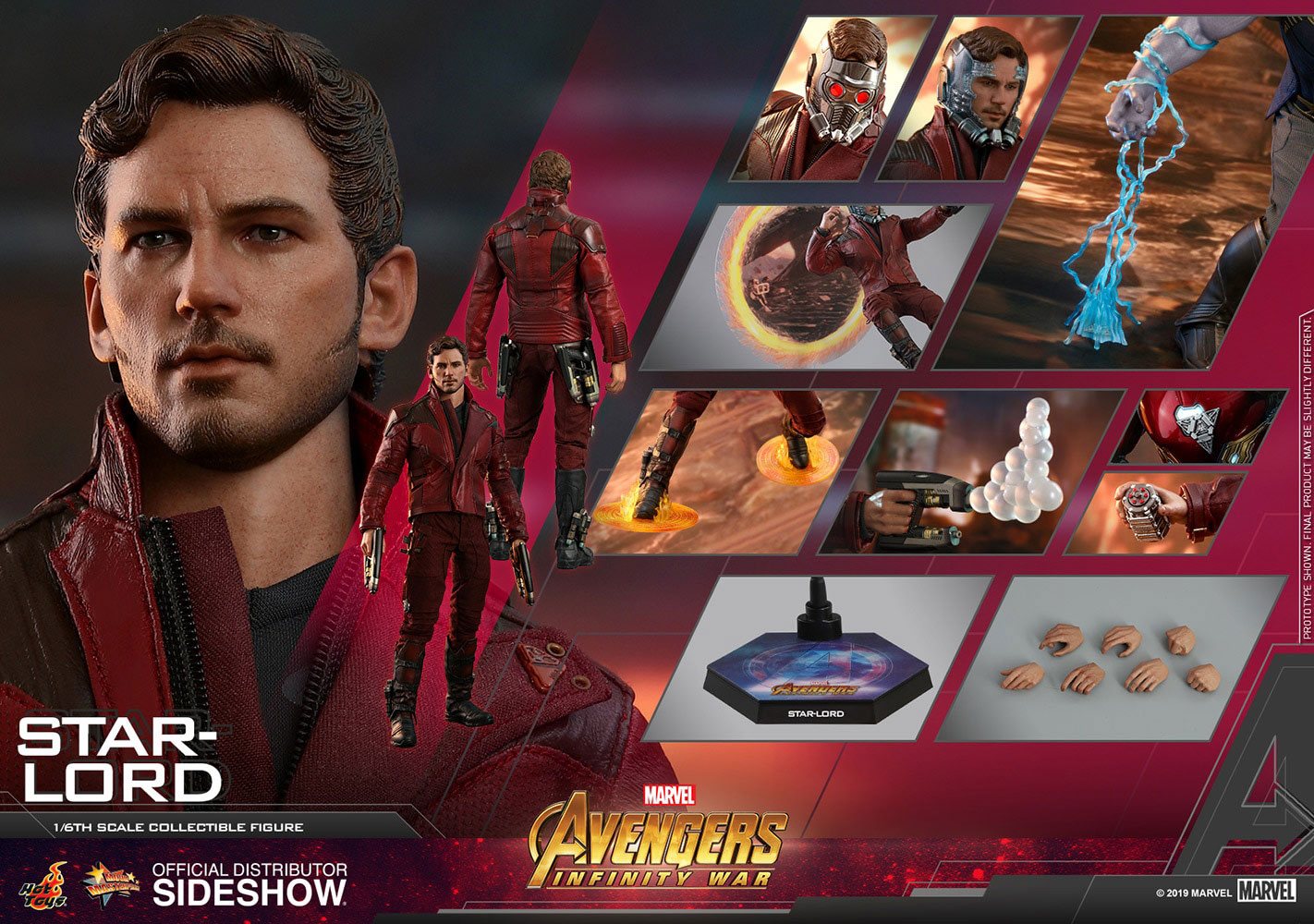 An expert pilot and master of the blaster, Peter Quill, known as Star-Lord, brings a sassy sense of humor while protecting the universe from any and all threats. He devises a plan for the Guardians, along with Iron Man, Doctor Strange, and Spider-Man, to battle against Thanos who will stop at nothing to collect the invincible Infinity Stones.

Masterfully crafted based on the appearance of Chris Pratt as Star-Lord in the movie, the screen-accurate collectible figure features a newly painted head sculpt, interchangeable LED light-up masked head sculpt, finely tailored costumes and a selection of weapons and accessories including a pair of blasters with attachable bubbling effect. This sixth scale figure also features a plasma bomb, a gravity bomb, a Star-Lord helmet in activating mode wearable on the head sculpt, a lightning effect accessory, multiple mandalas of light accessories, and a movie themed dynamic figure stand.

The music-loving leader of the Guardians of the Galaxy is ready to join the Avengers for a colossal showdown with warlord Thanos!