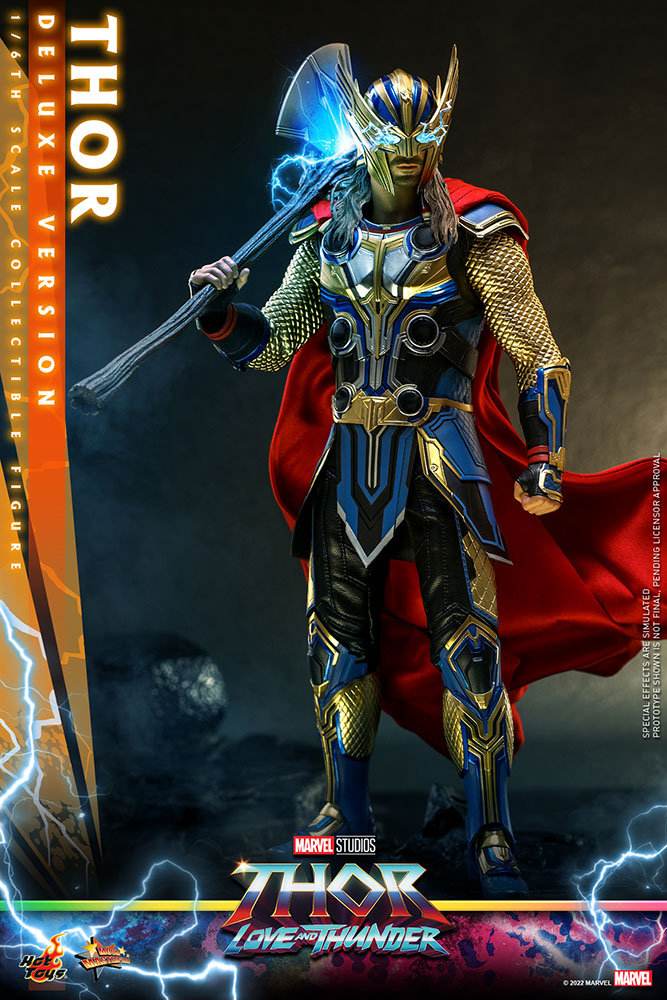 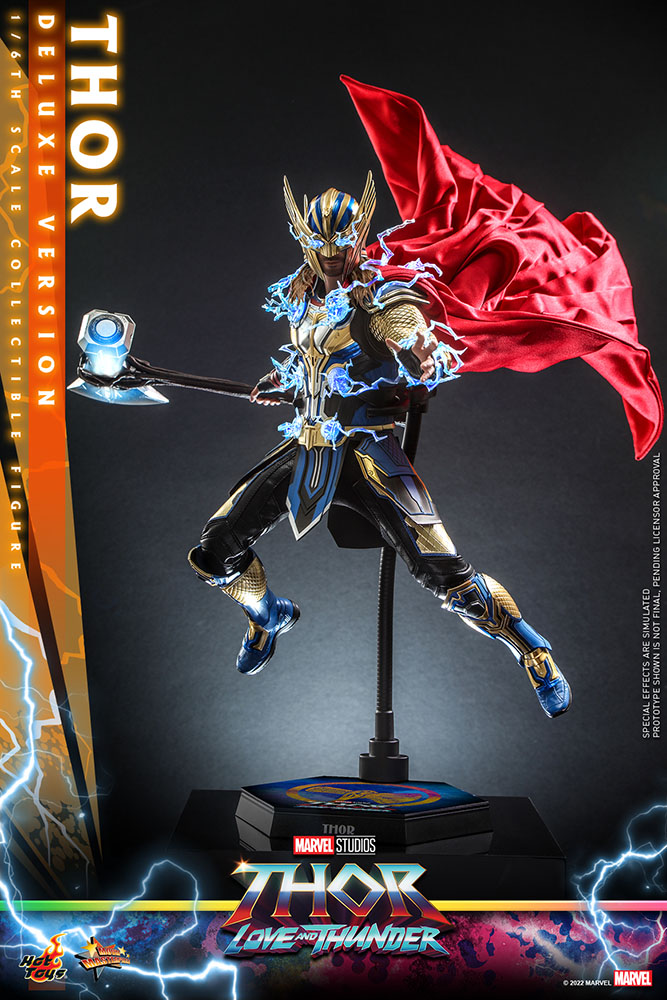 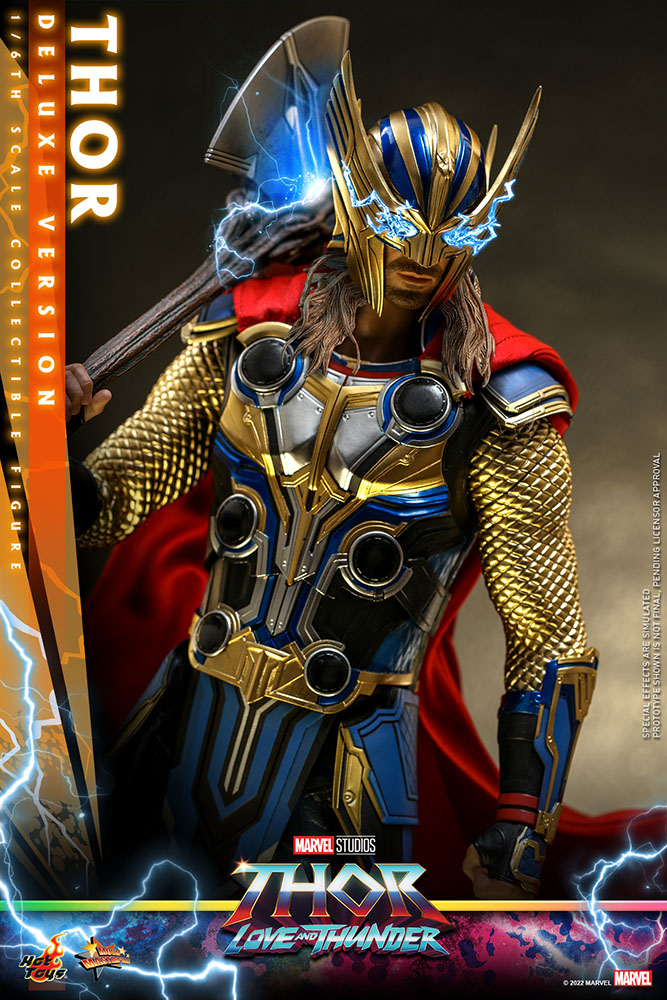 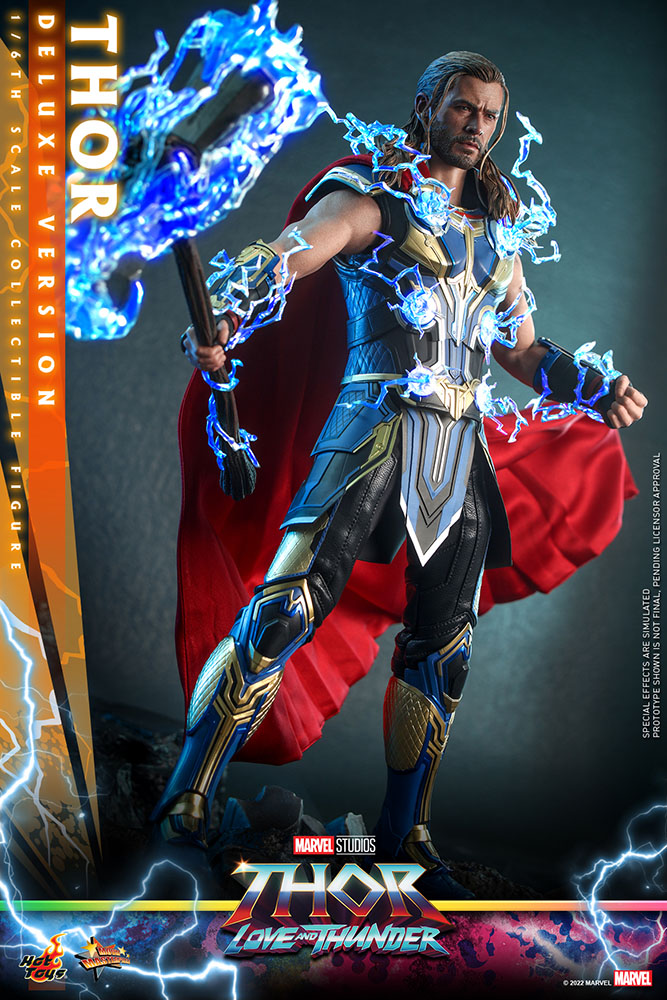 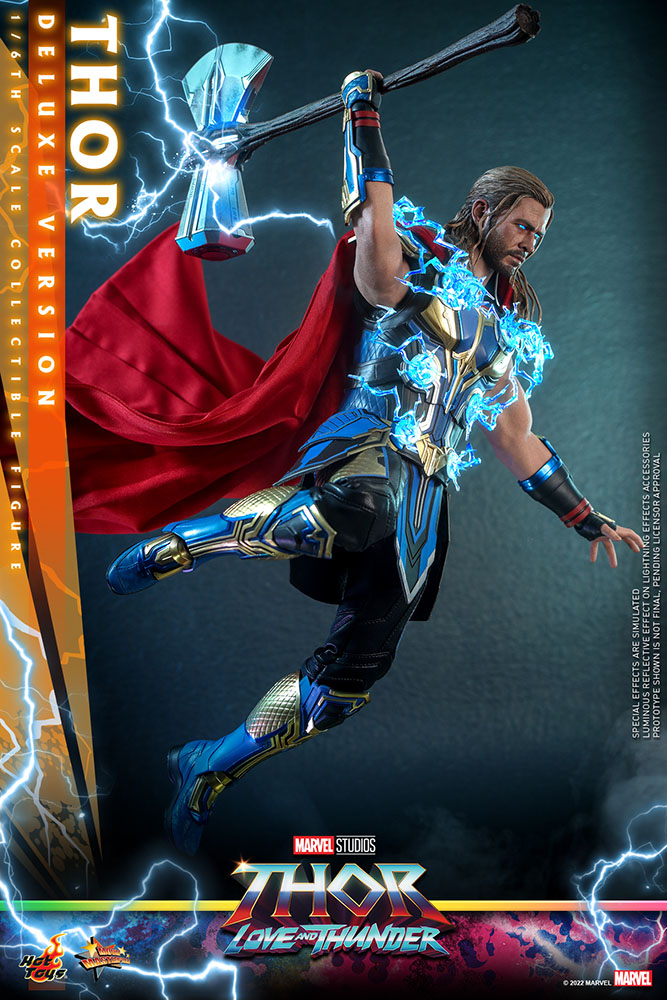 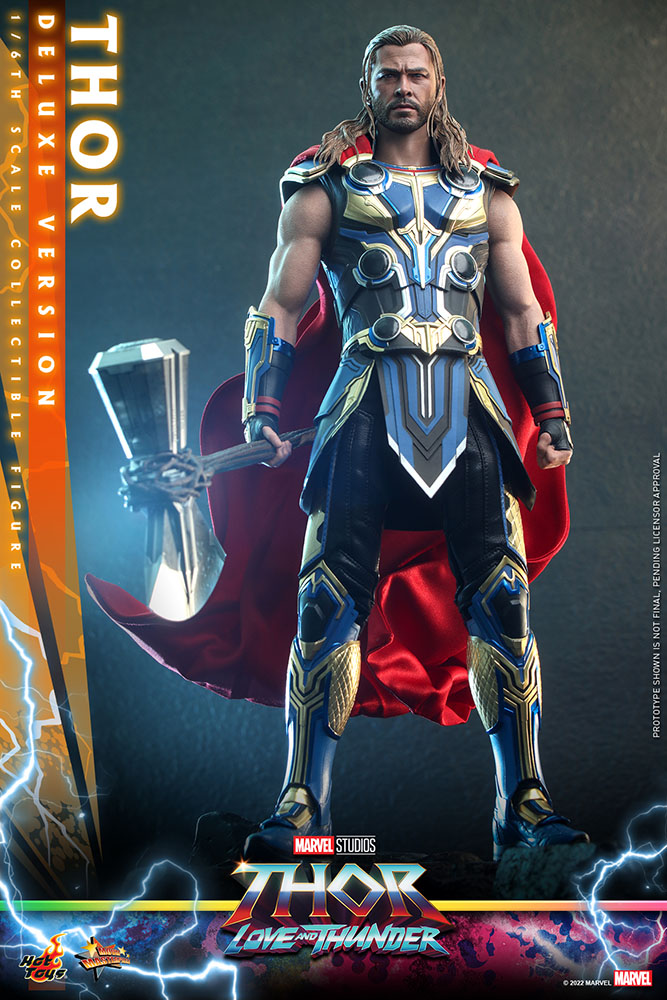 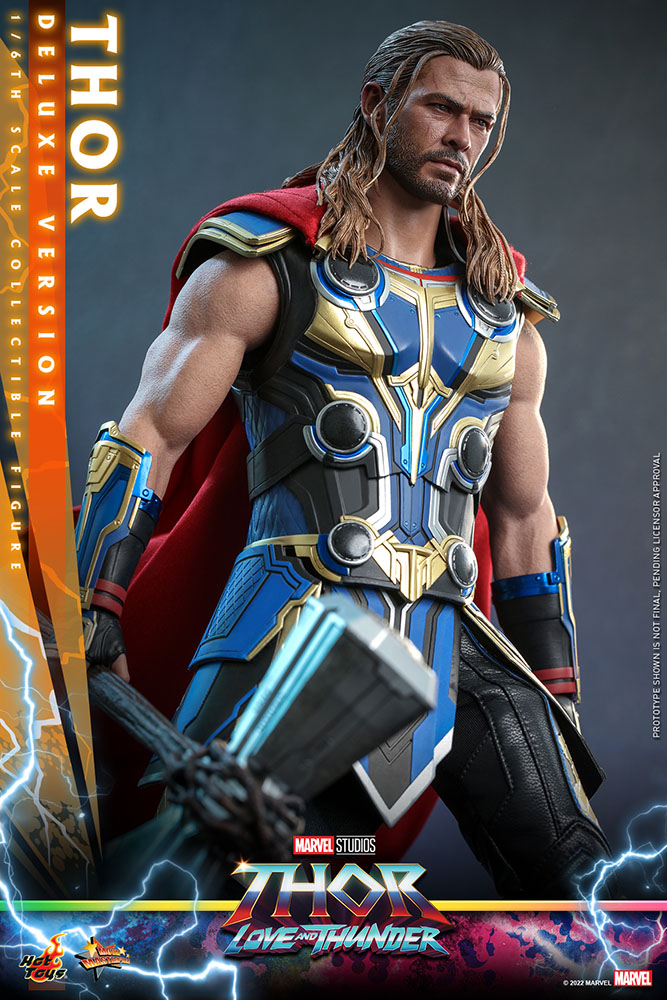 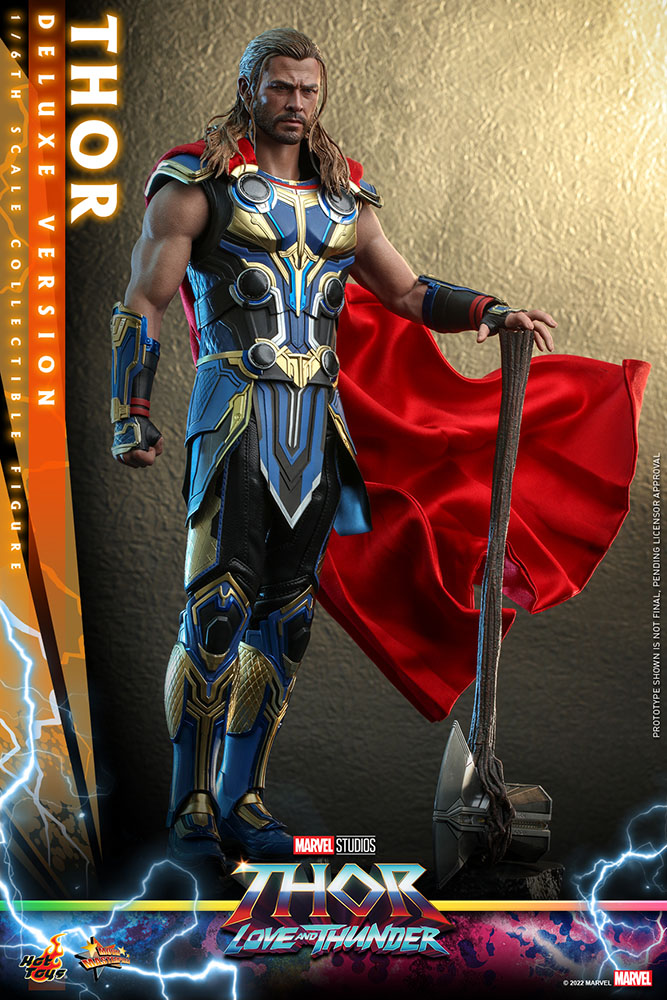 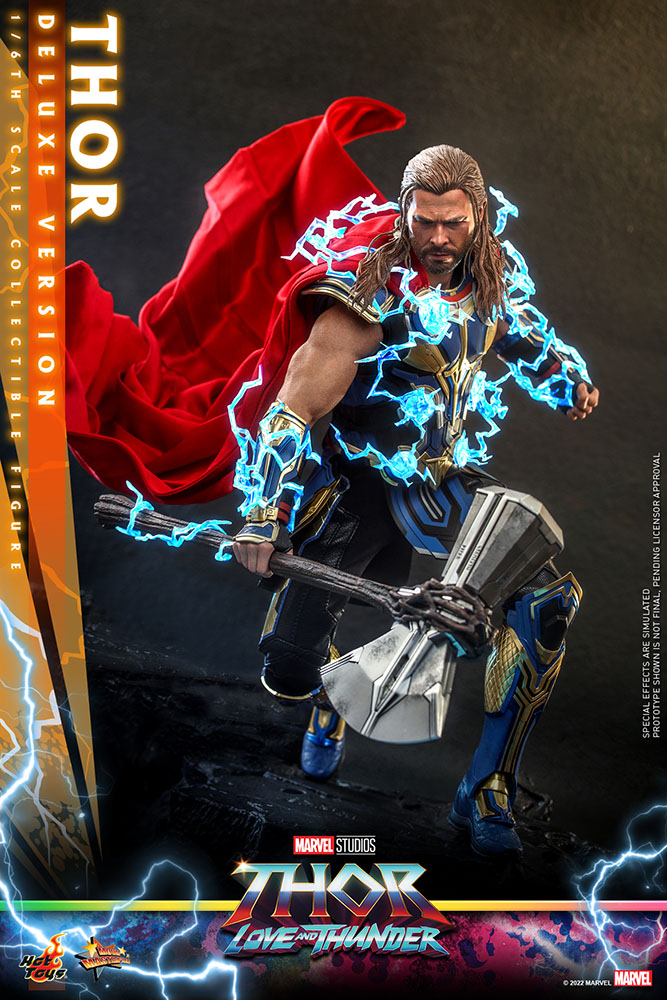 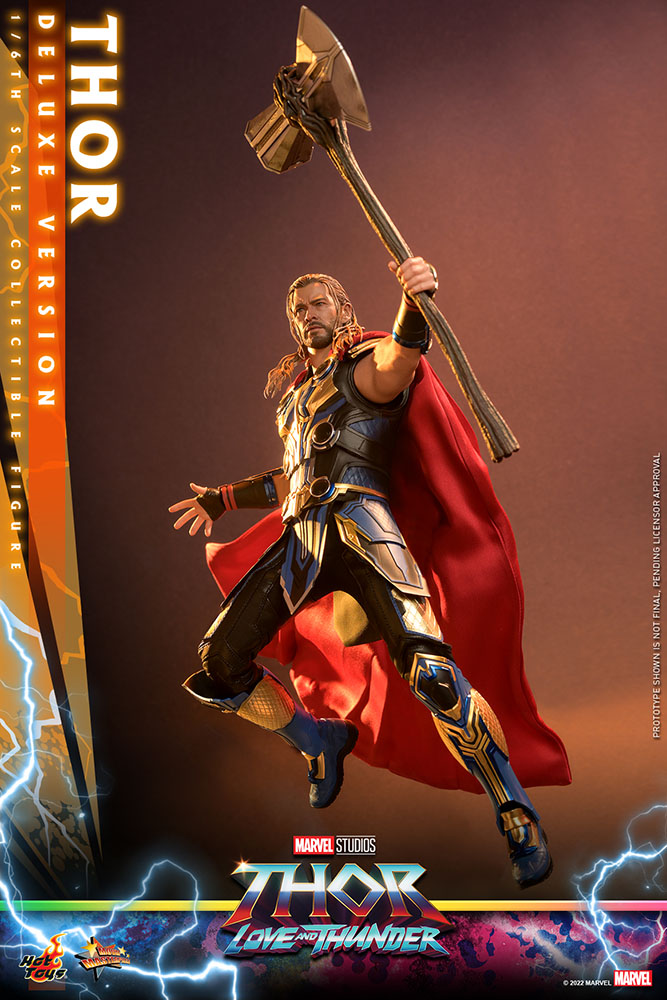 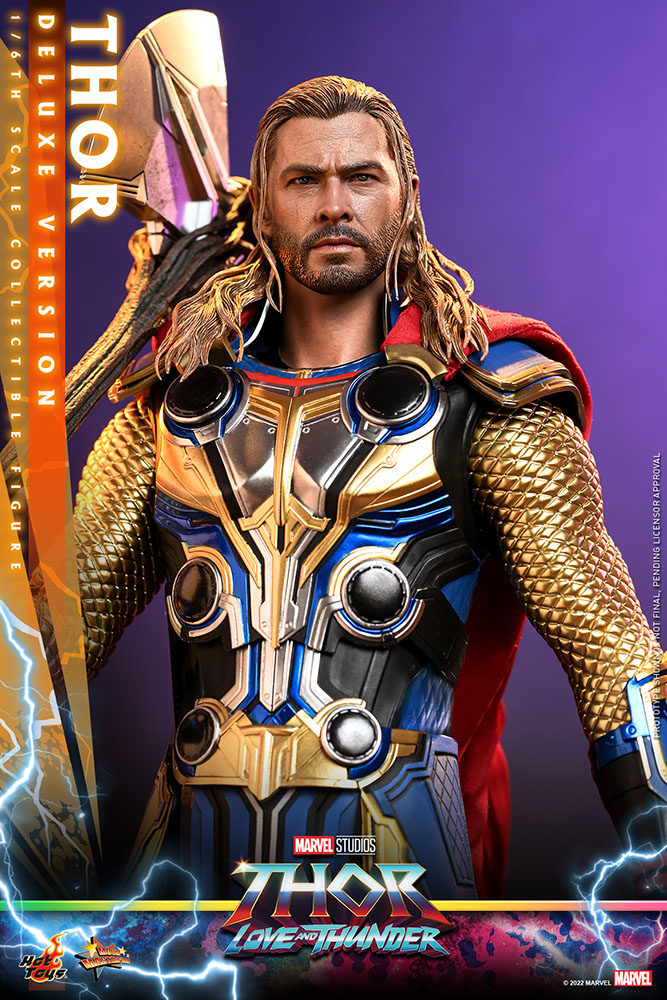 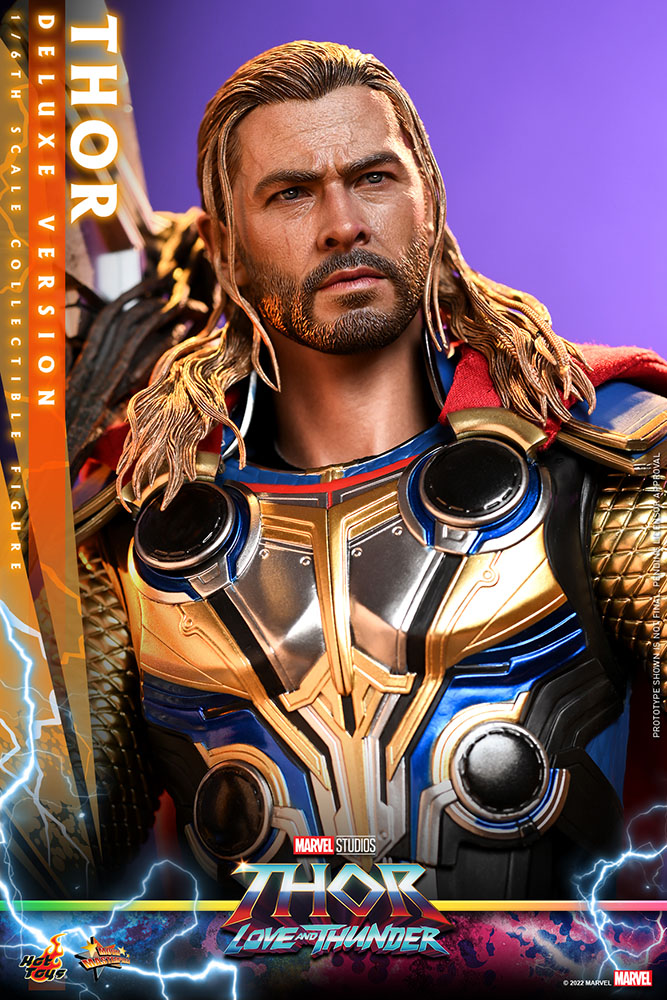 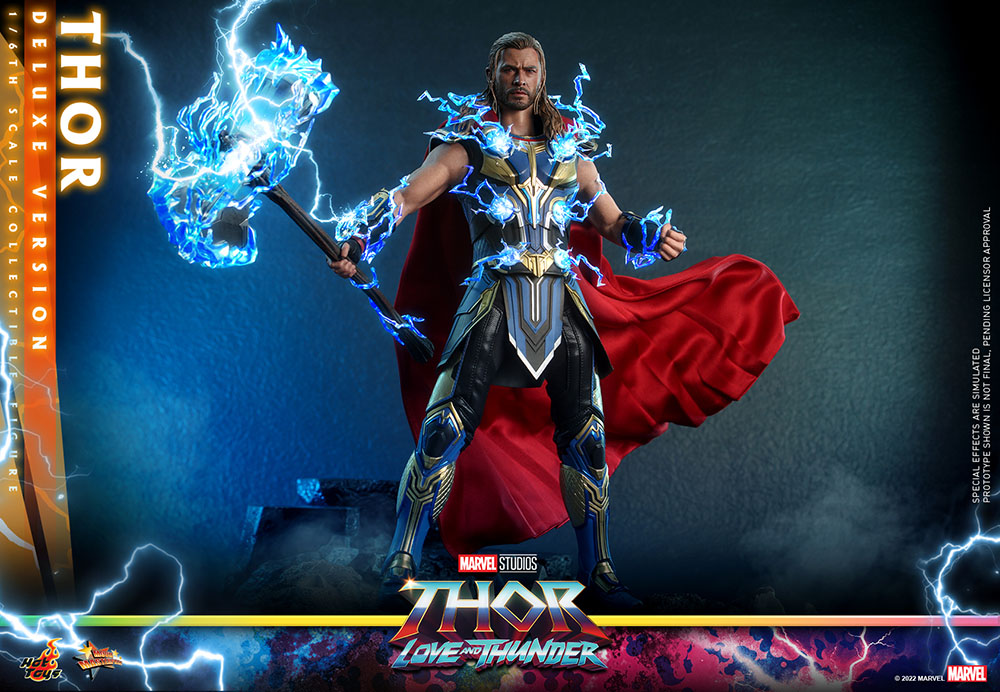 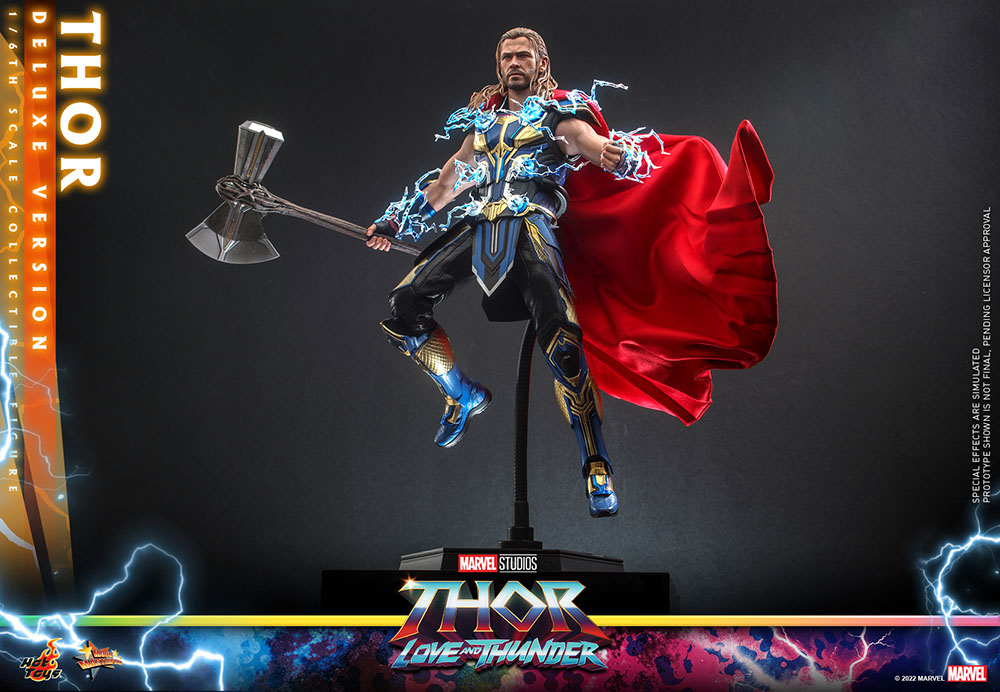 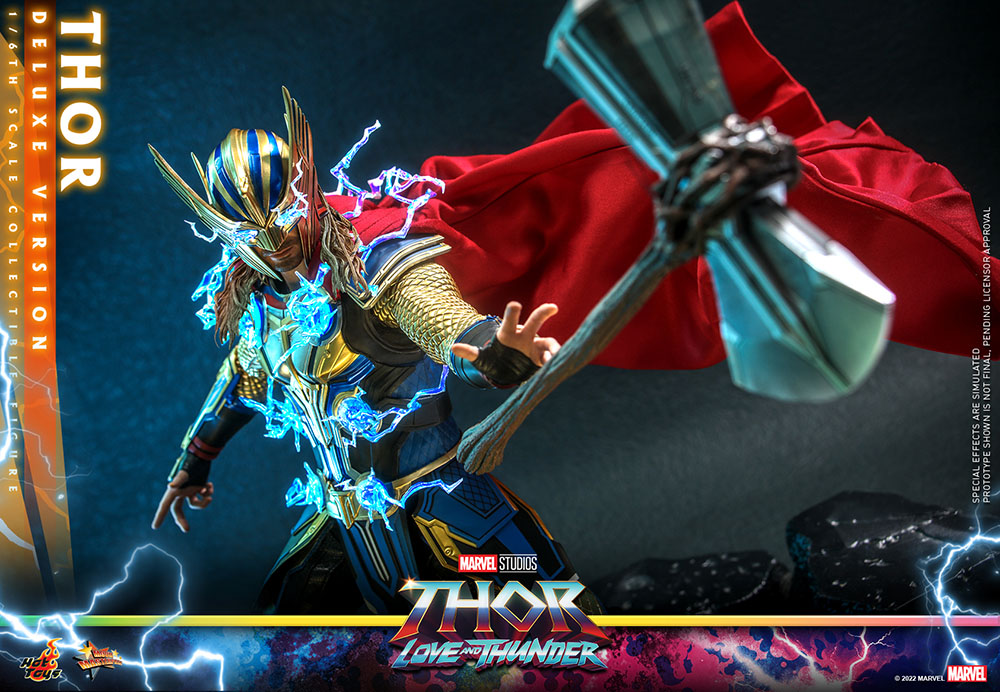 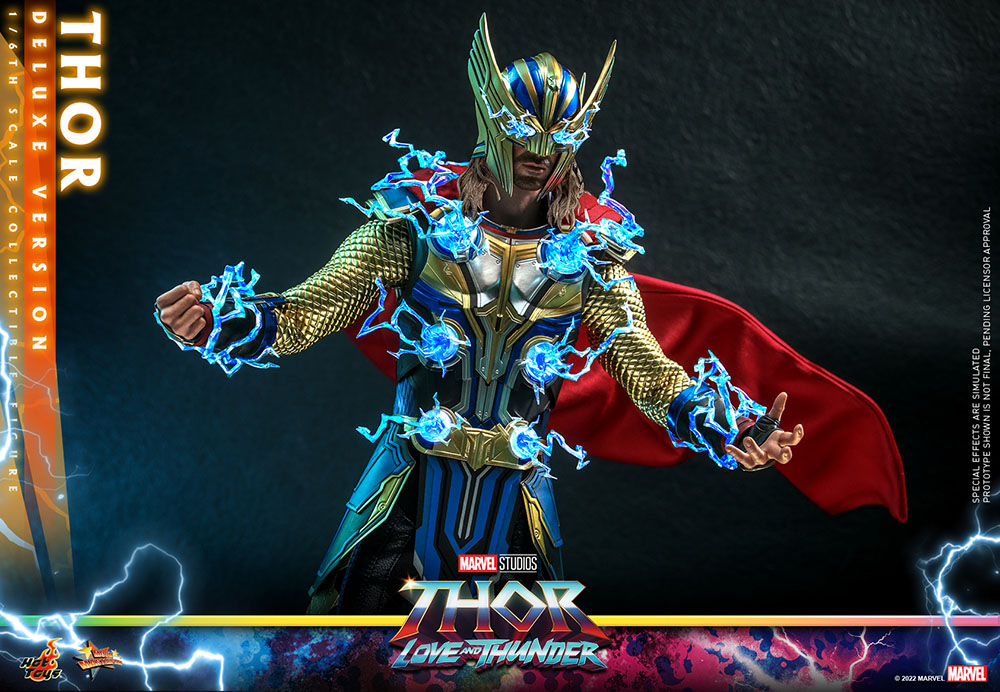 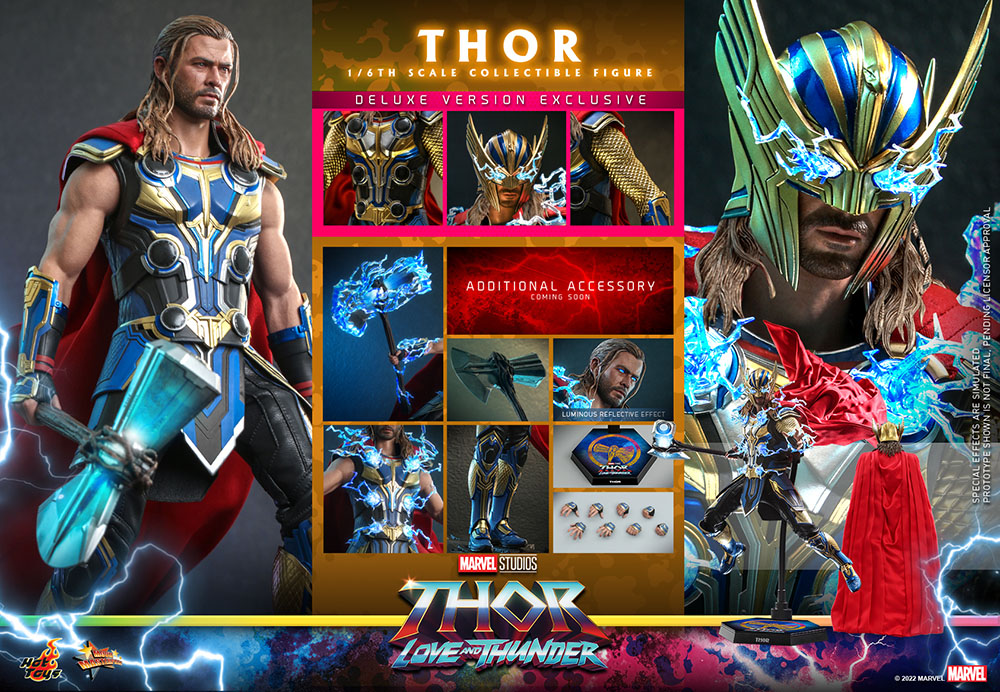 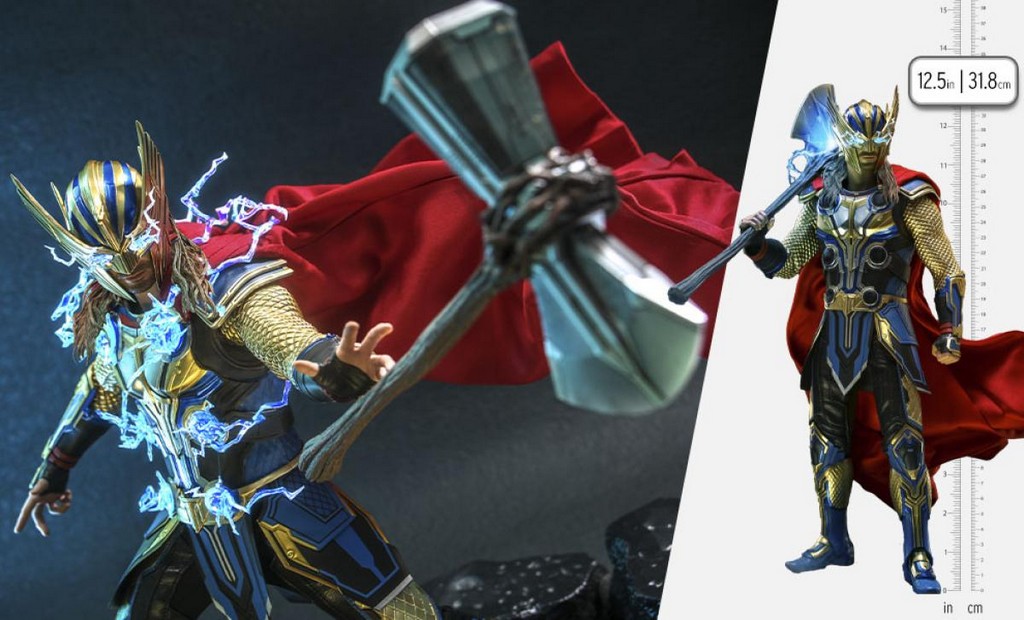 Thor’s retirement is interrupted by a galactic killer known as Gorr the God Butcher, who seeks the extinction of the gods. To combat the threat, Thor enlists the help of his alliance and embark upon a harrowing cosmic adventure to uncover the mystery of the God Butcher’s vengeance and stop him before it’s too late.

In anticipation of the release of Thor: Love and Thunder, Sideshow and Hot Toys are thrilled to introduce the Deluxe Version of the new sixth scale collectible figure of the God of Thunder – Thor with his new metallic gold and blue costume!

The brand-new Marvel collectible figure is skillfully crafted based on the appearance of Chris Hemsworth as Thor in the movie. It features a head sculpt specially applied with luminous reflective effect that accentuates Thor using his thunder power, a specialized body to depict his muscular physique, a red-colored cape, gold and blue body armor with LED light-up function, LED light-up Stormbreaker, assorted lightning effect accessories with luminous reflective effect applied, and a figure stand.

This Deluxe Version will exclusively include accessories for alternative styling, such as a LED light-up helmeted head sculpt, interchangeable chest armor, one pair of armored arms, and lightning effect accessories attachable to the helmet.

What’s more, an additional accessory for Thor will be unveiled soon! So stay tuned as we are about to reveal the surprise!

This new Thor collectible figure will definitely be an incredible addition to your Marvel collection!