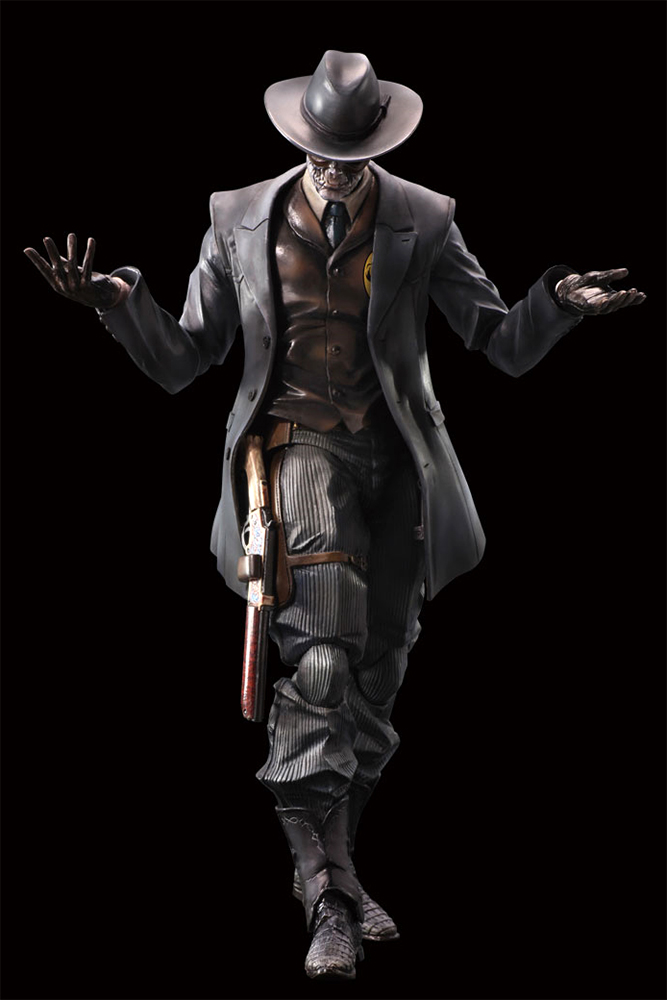 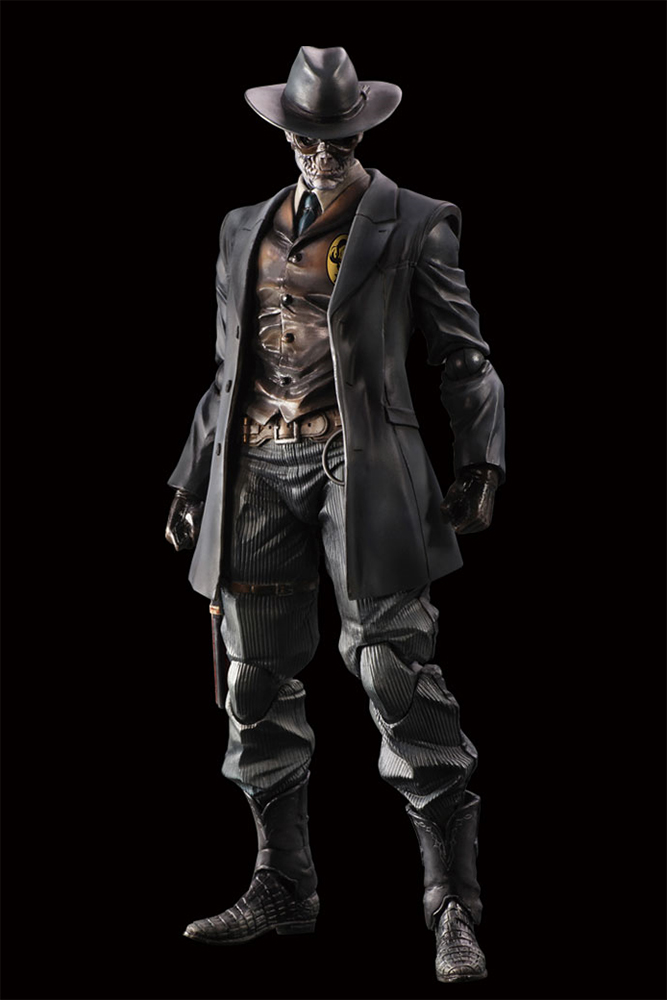 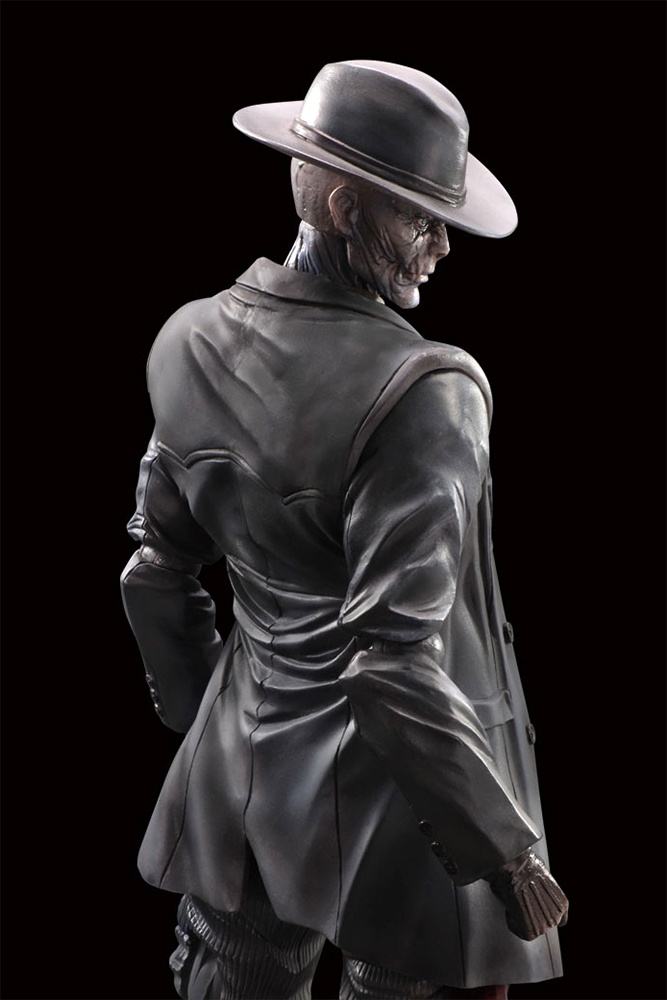 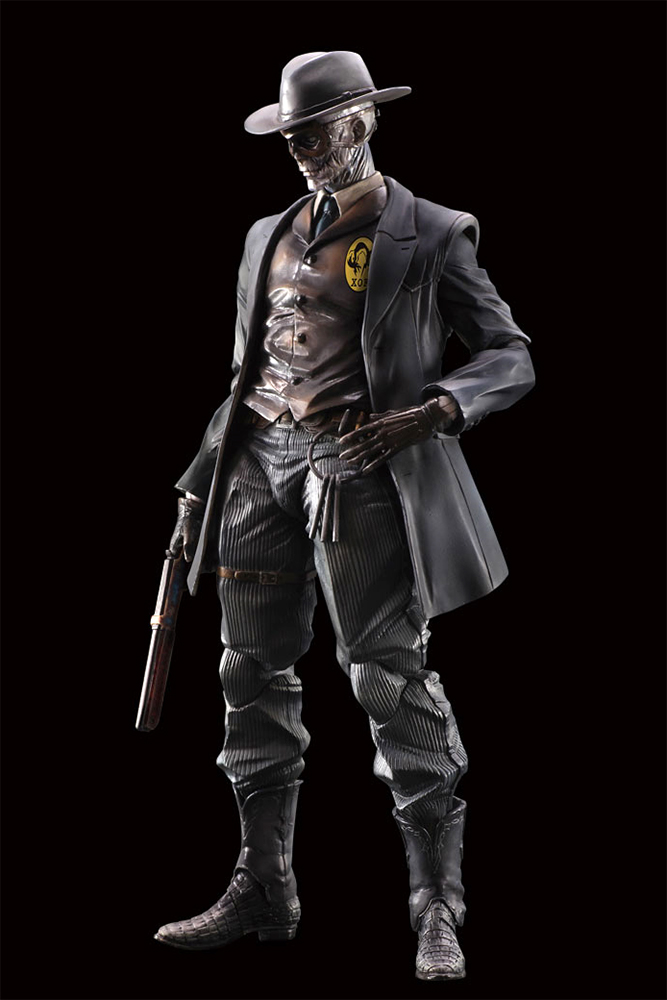 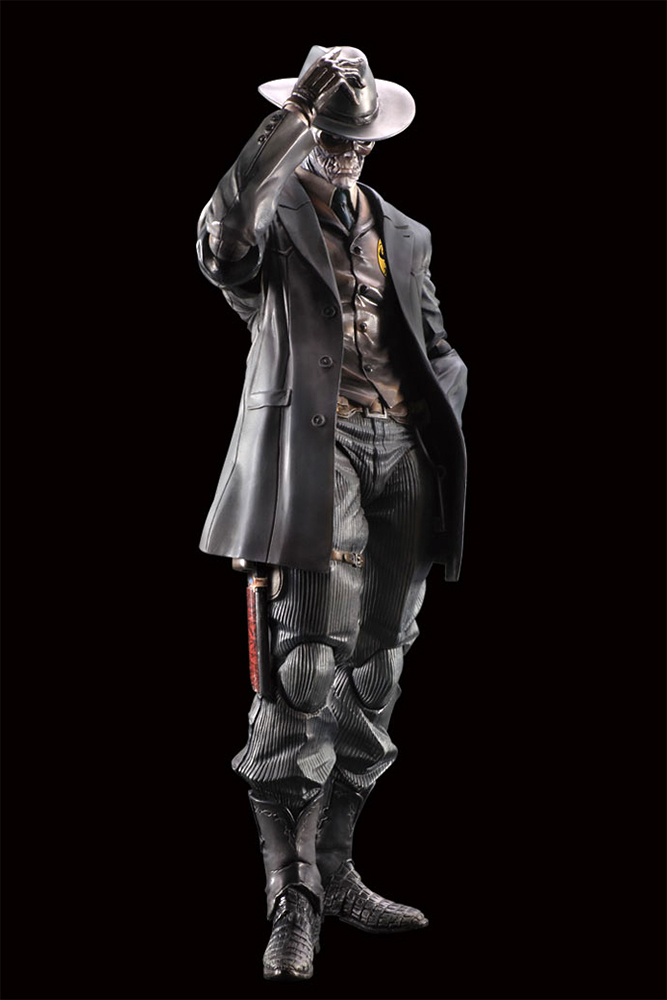 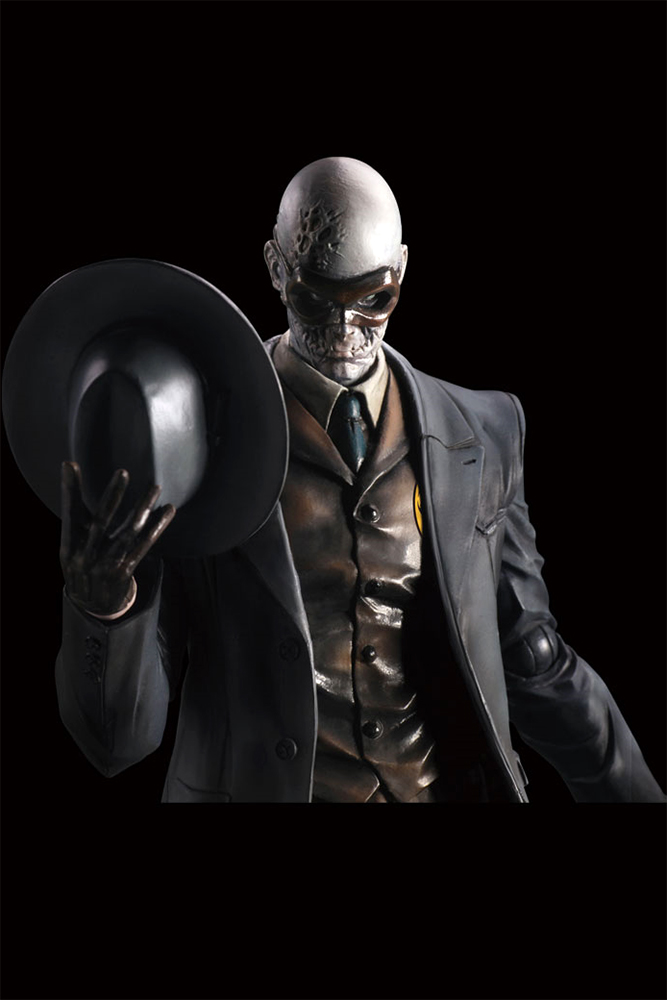 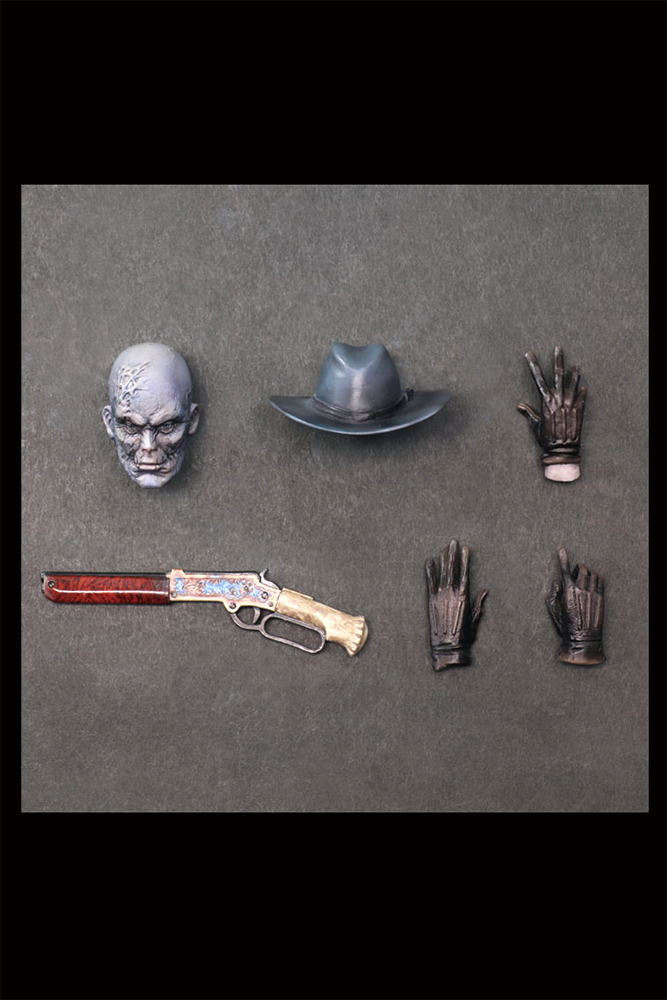 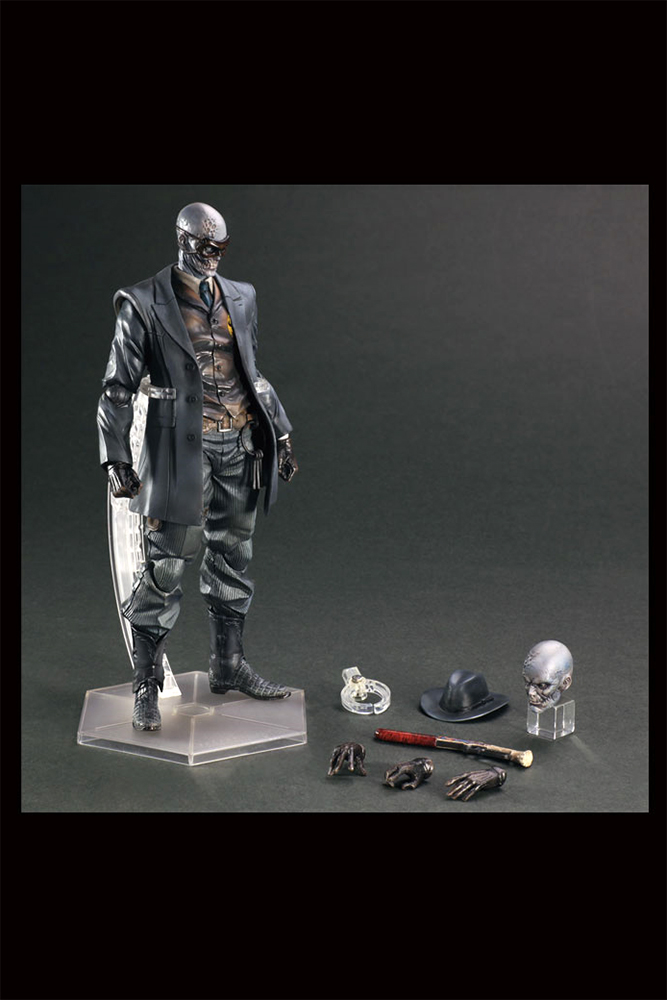 The commander of the mysterious XOF unit and one of Snake’s most terrible foes, Skull Face earns his name from his terrifying abnormal appearance and has now been brought to life as a stunning action figure. The construction of the figure pays special attention to the texturing, which combines with subtle shading and colouring to really bring out his imposing presence, creating a realism as if he were actually standing in the room with you.
Skull Face’s gruesome visage can be altered with two alternative heads, one wearing his protective goggles and the other exposing the full horror of his twisted countenance. In addition, the figure comes packaged with a plethora of accessories that capture the personality of this intriguing character, such as his ornately decorated handgun that can be holstered by the hip and alternative hands allowing him to hold his trademark hat by the brim. It is our hope that this action figure can bring the excitement of the Metal Gear world to your fingertips!