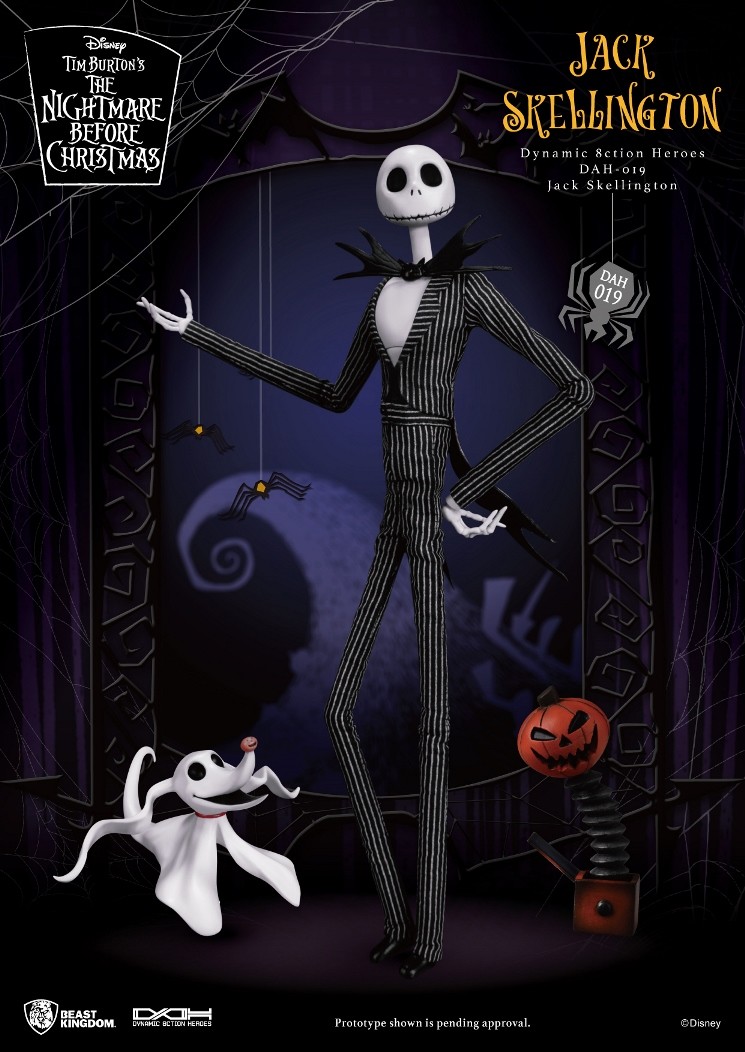 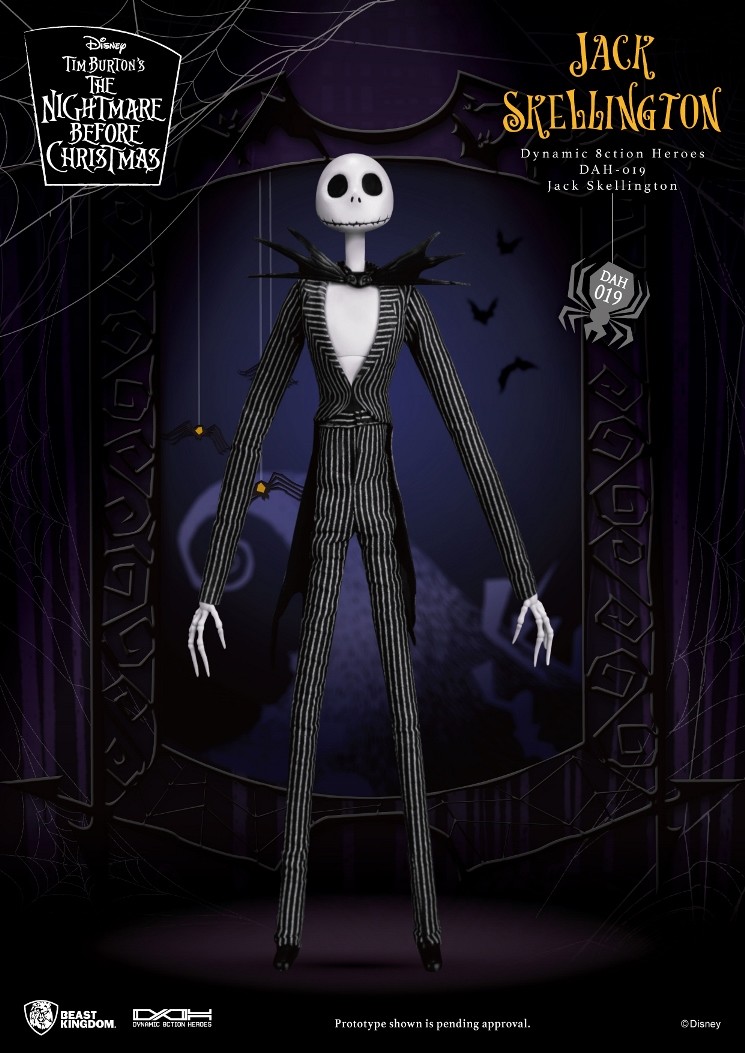 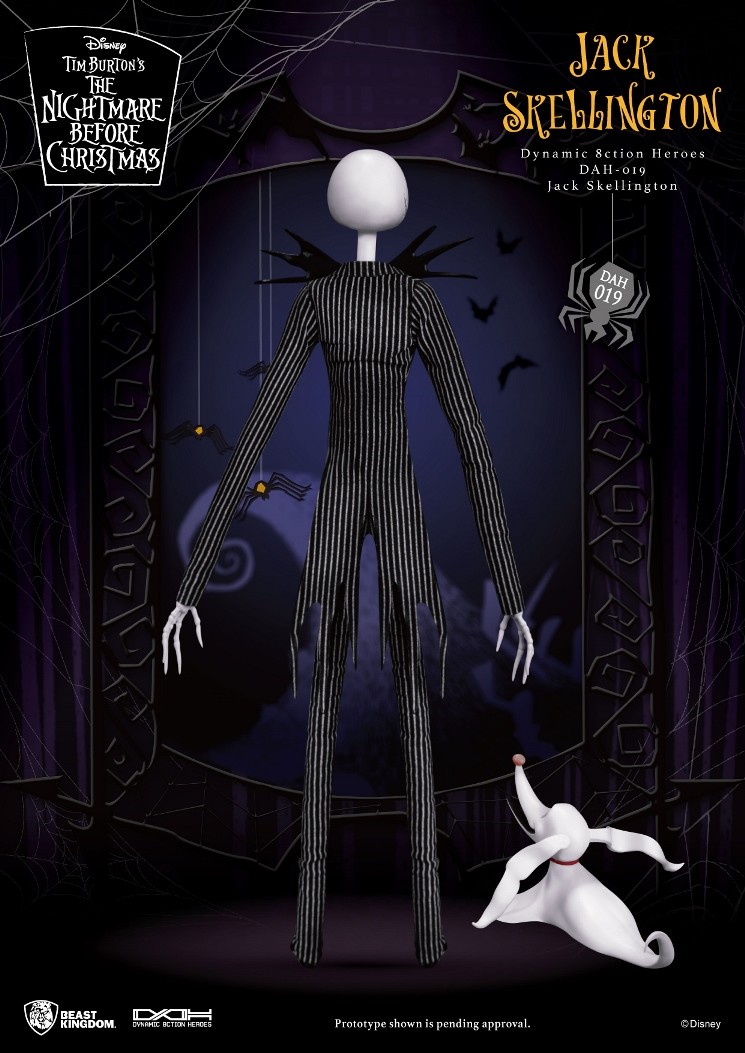 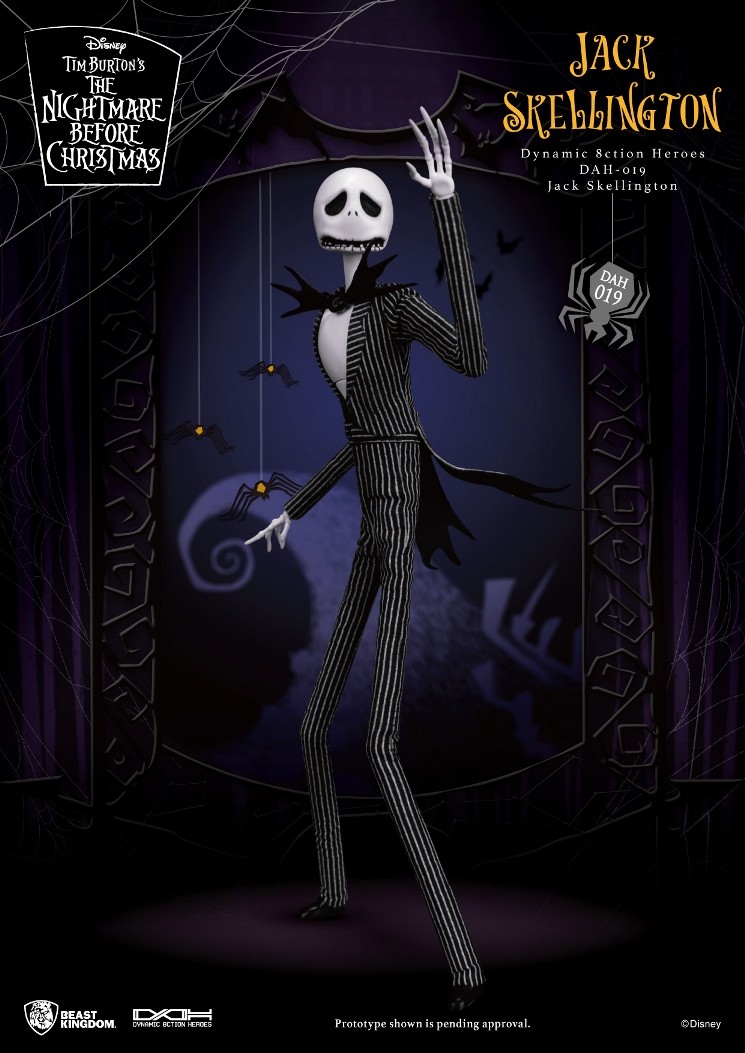 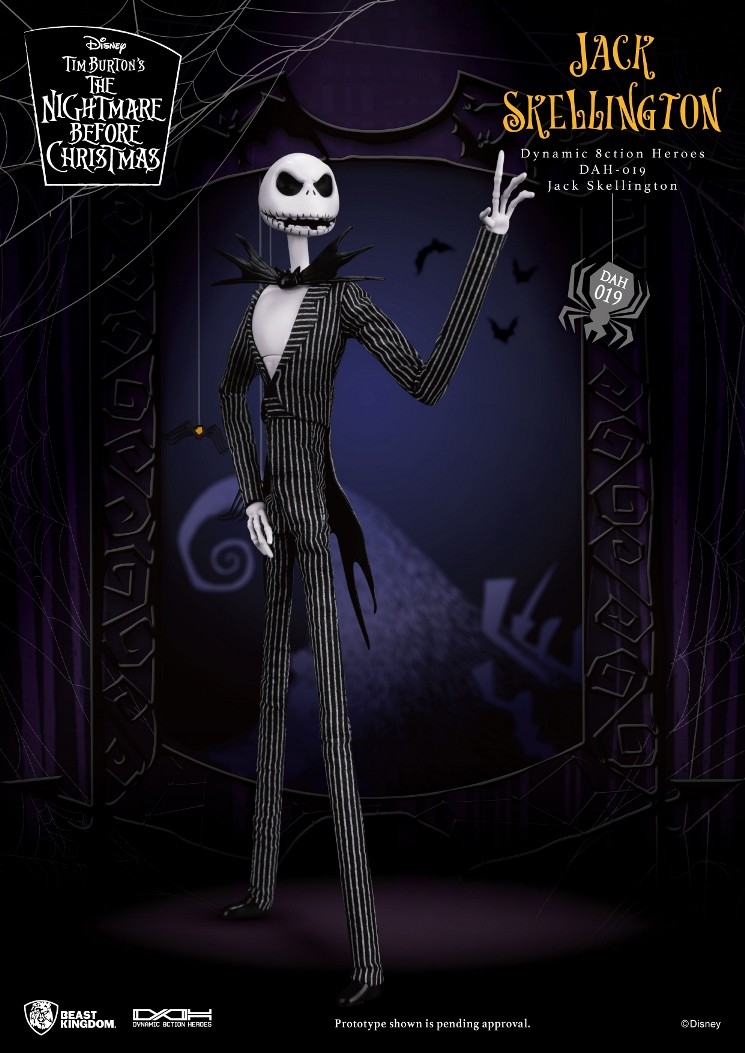 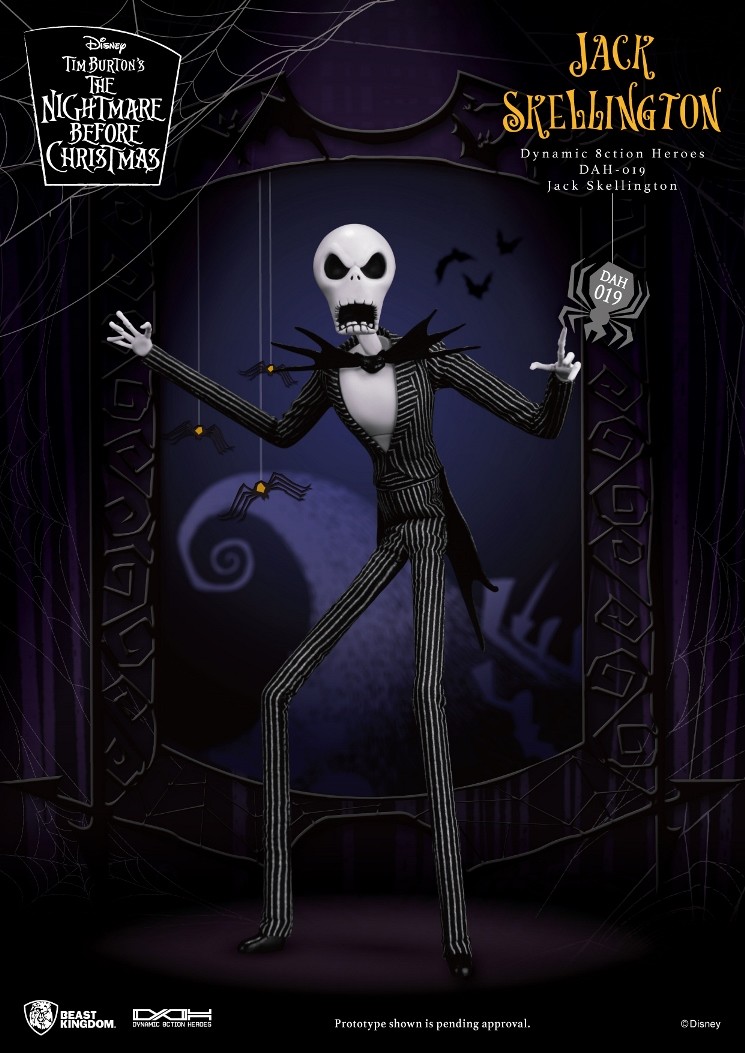 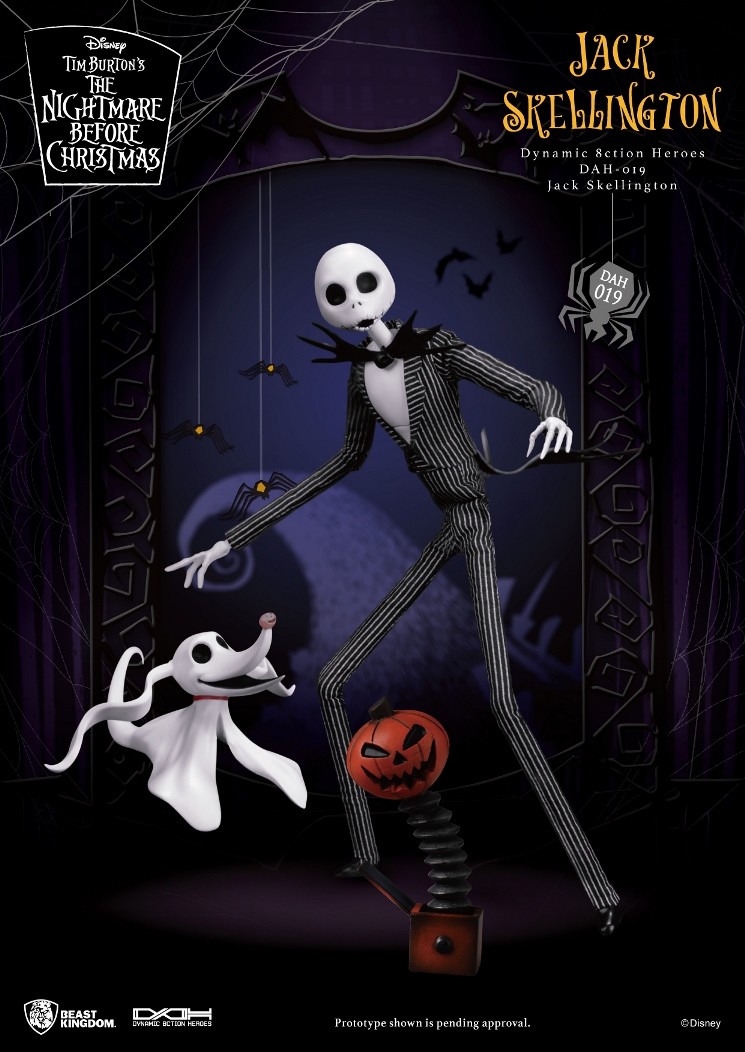 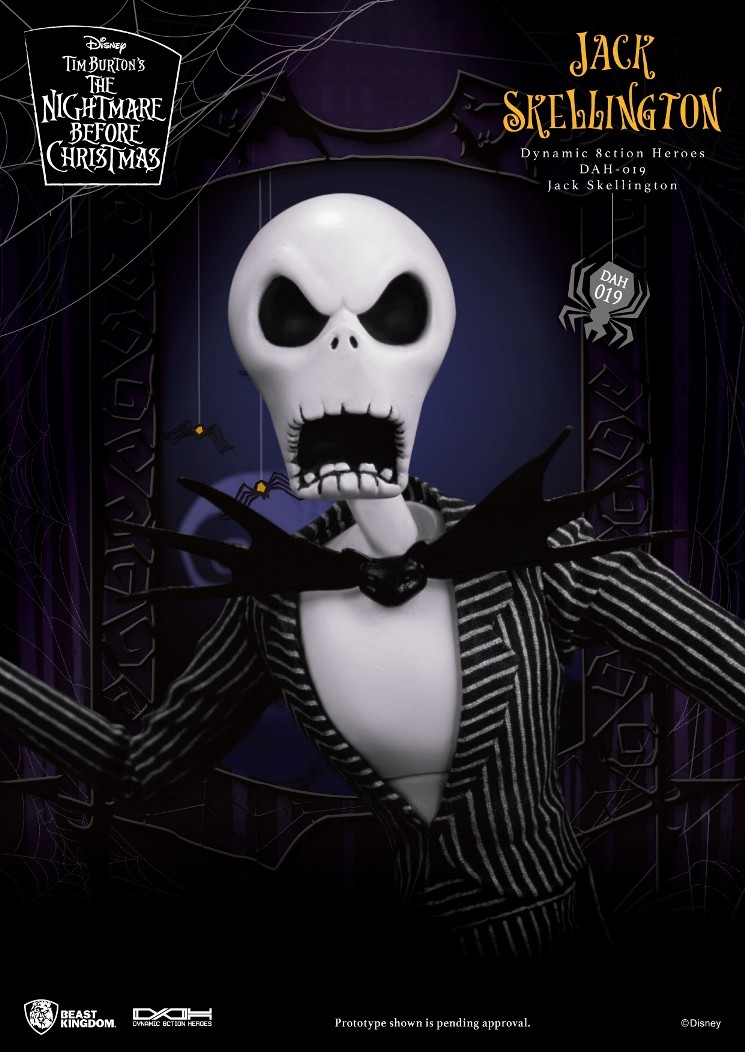 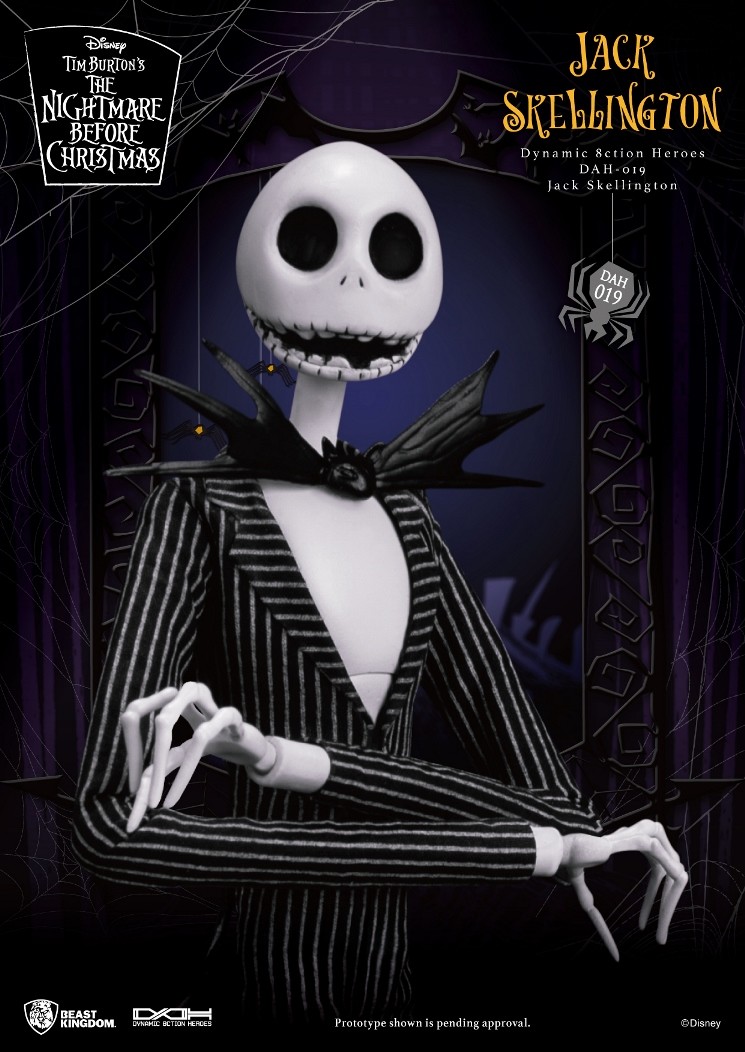 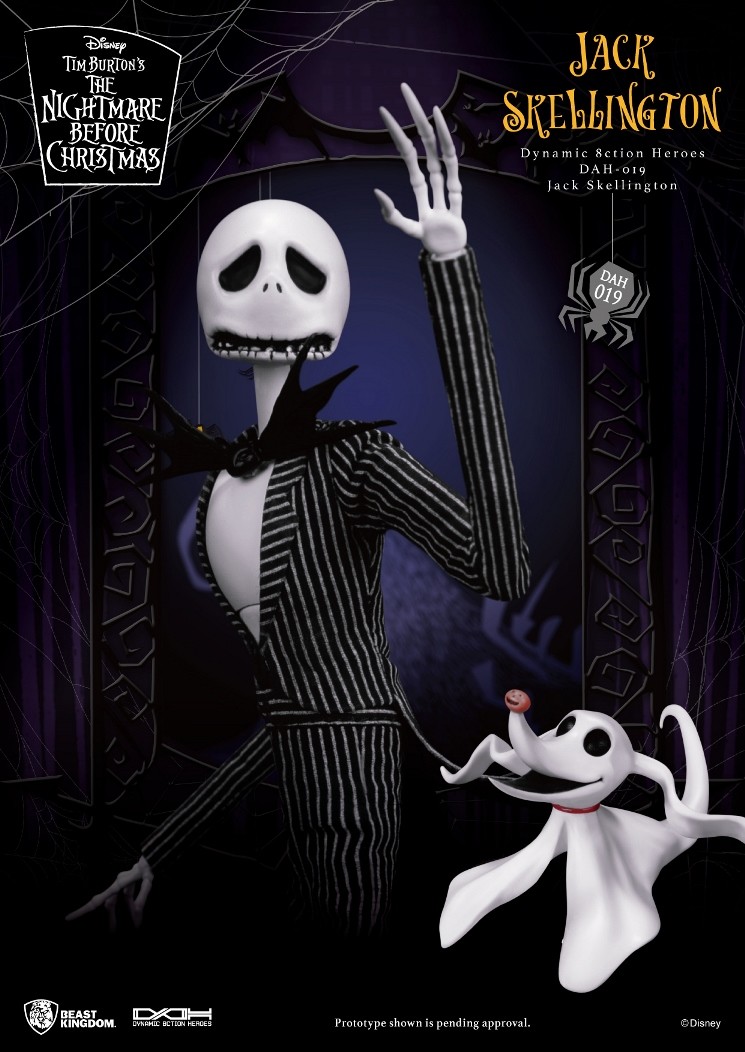 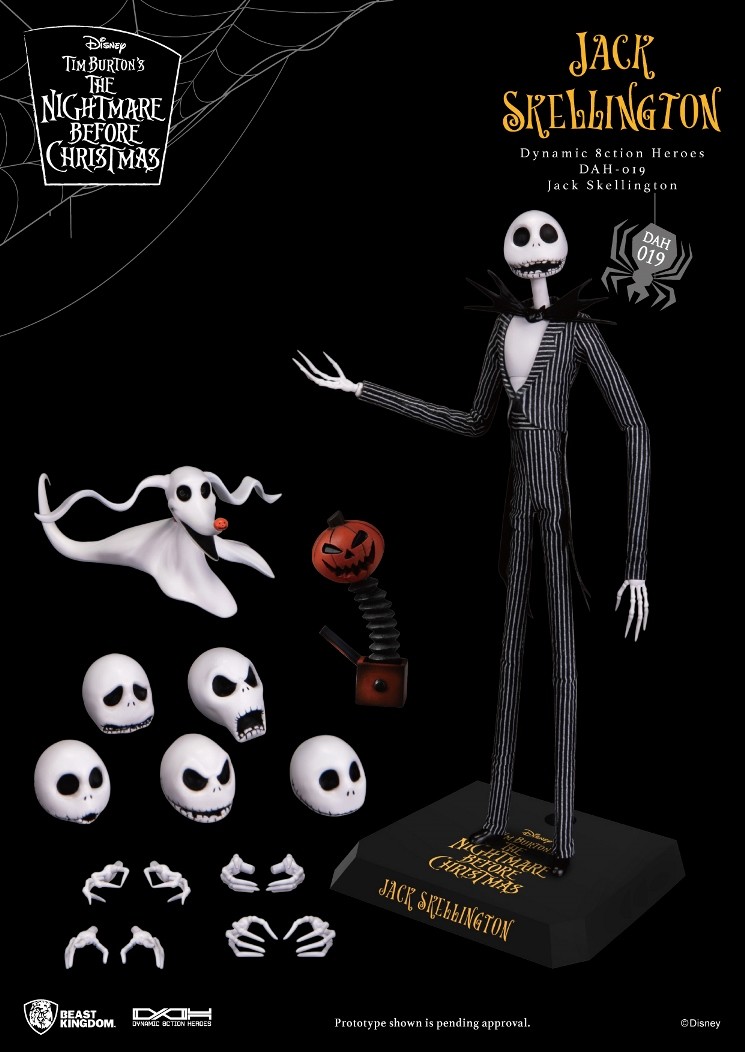 Ghouls and ghosts beware! Jack Skellington, the ‘Pumpkin King’ himself is ready to get Halloween Town’s festivities in full swing. Will you join him for some scary frights?

A celebrity of Halloween Town, Jack Skellington is the original ceremony master, and idolized by the town’s residents! But something is amiss inside and whilst he may not have a real beating heart, he has grown slightly tired of the endless Halloween celebrations year after year. In Disney‘s animated classic ‘Nightmare Before Christmas‘, our hero Jack stumbles on the wonders of Christmas, and so decides that he too would prepare Christmas festivities for his town. But what crazy shenanigans will the townsfolk, our friendly Jack and his trusty friend Zero end up in?

The Entertainment Experience Brand ‘Beast Kingdom’ is once again excited to announce the launch of the latest in the live-action DAH (Dynamic 8ction Heroes) figure range: The Nightmare Before Christmas Jack Skellington. A 1/9 scale highly articulable (15 movable joints) figure that takes fans to the magical realm of Halloween Town. The highly detailed figure has 6 replaceable faces, as well as 5 pairs of replaceable hands. Both the hands and face sets include one glow in the dark option to get Jack in the perfect mood for some scary fun. Speaking of glow in the dark, Zero himself, Jack’s trusty ghost dog makes an appearance with a nightly glow, so owners are sure to see him by Jack’s side every night!

Whilst Jack is considered a master ceremony organizer, he is also a very well dressed organizer, often sporting his dapper white striped tuxedo. The DAH figure doesn’t skimp on quality either, with a real fabric tuxedo, paired with his signature exaggerated ‘bat bow-tie’, our hero is ready to impress at any event!

The DAH Jack Skellington figure is a perfect addition to fans of the Disney animated classic, so make sure you are stocked up on your very own set today!