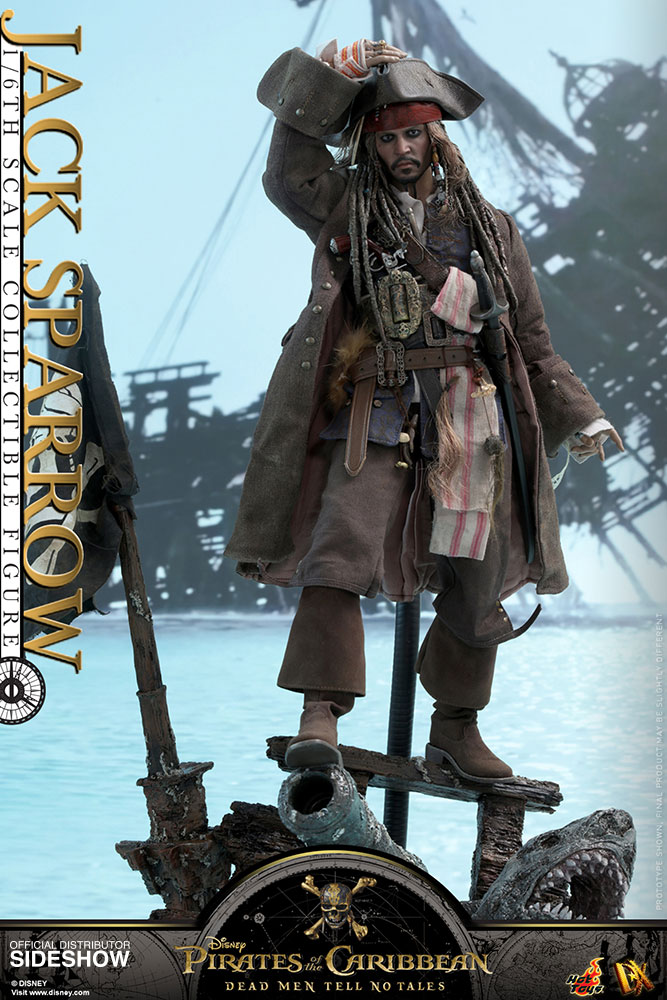 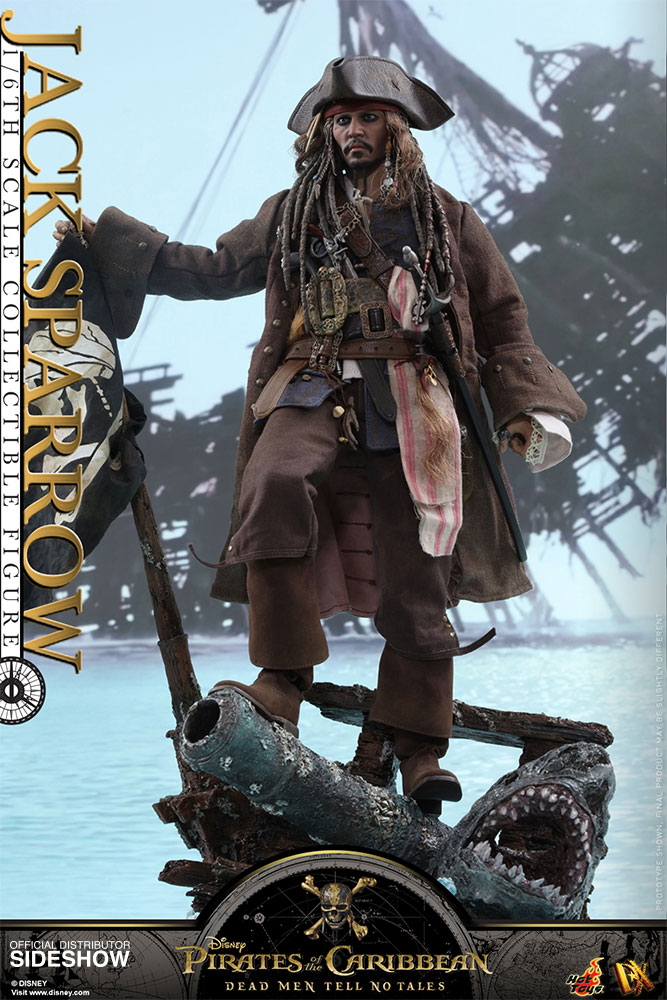 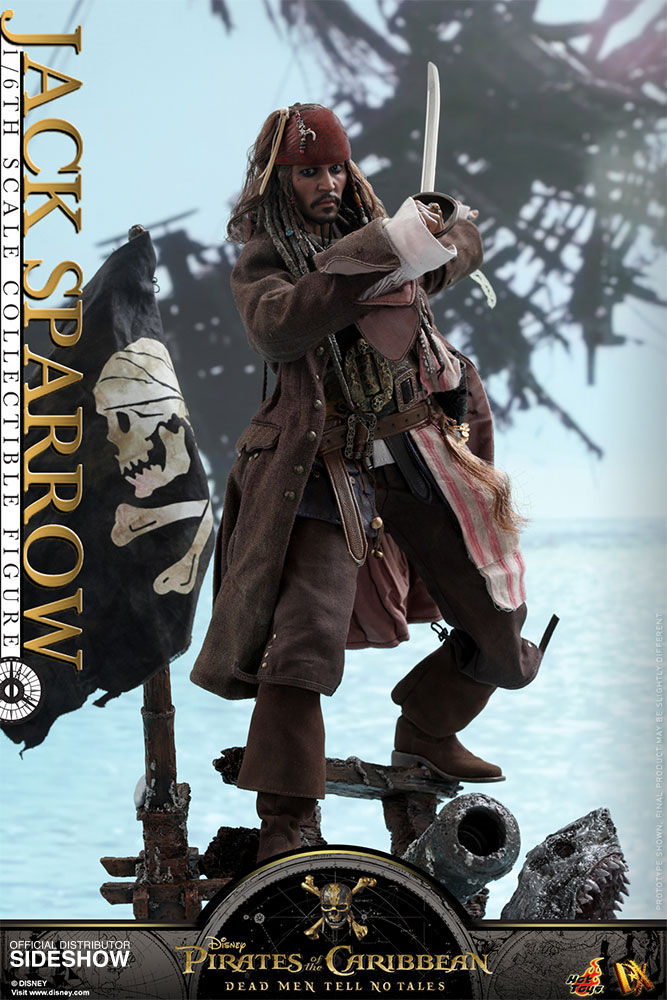 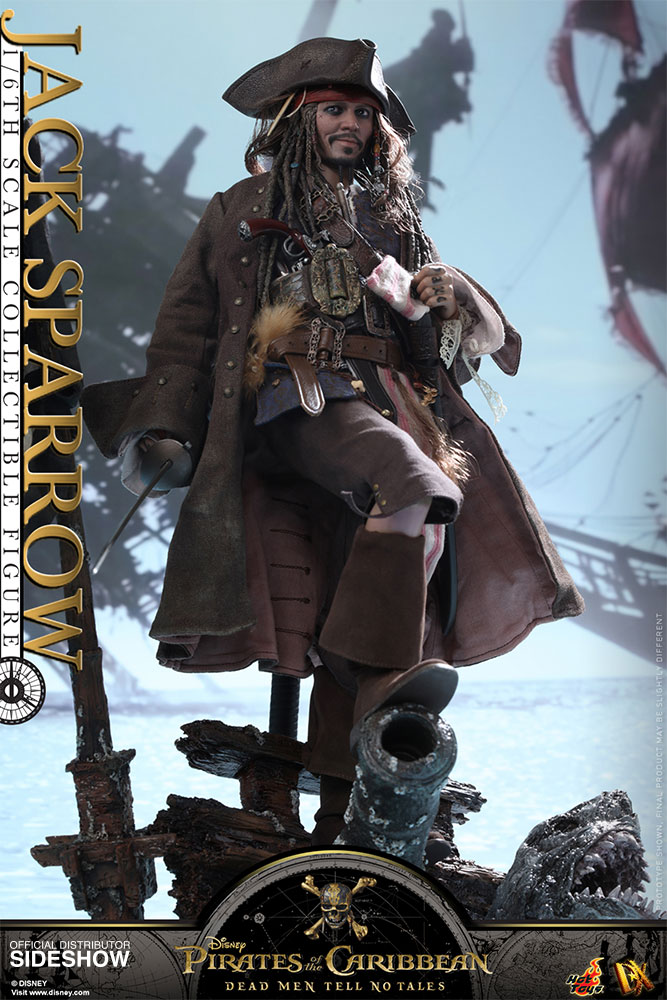 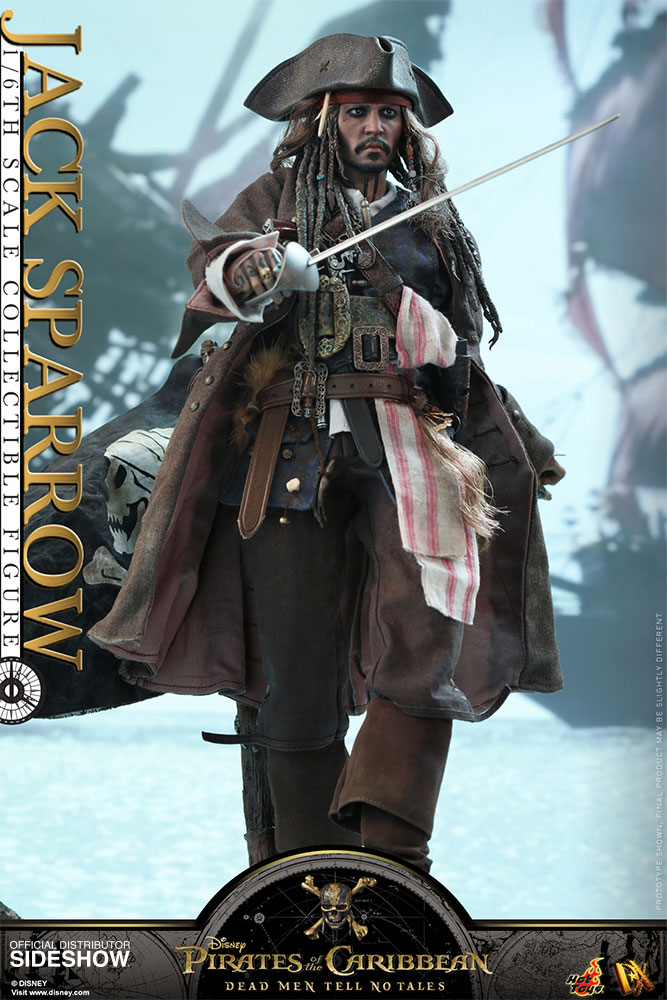 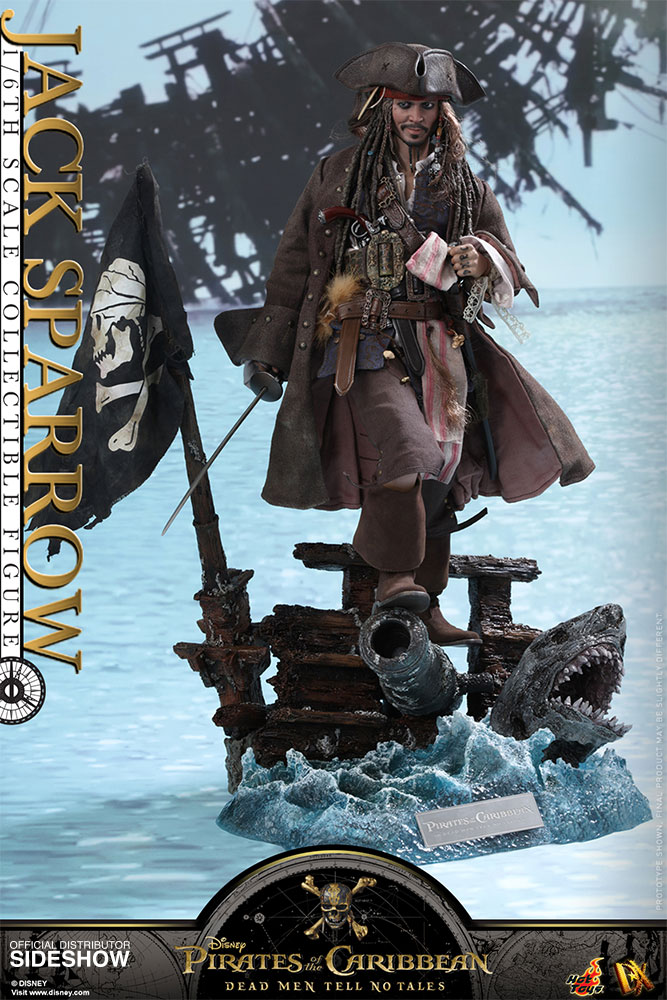 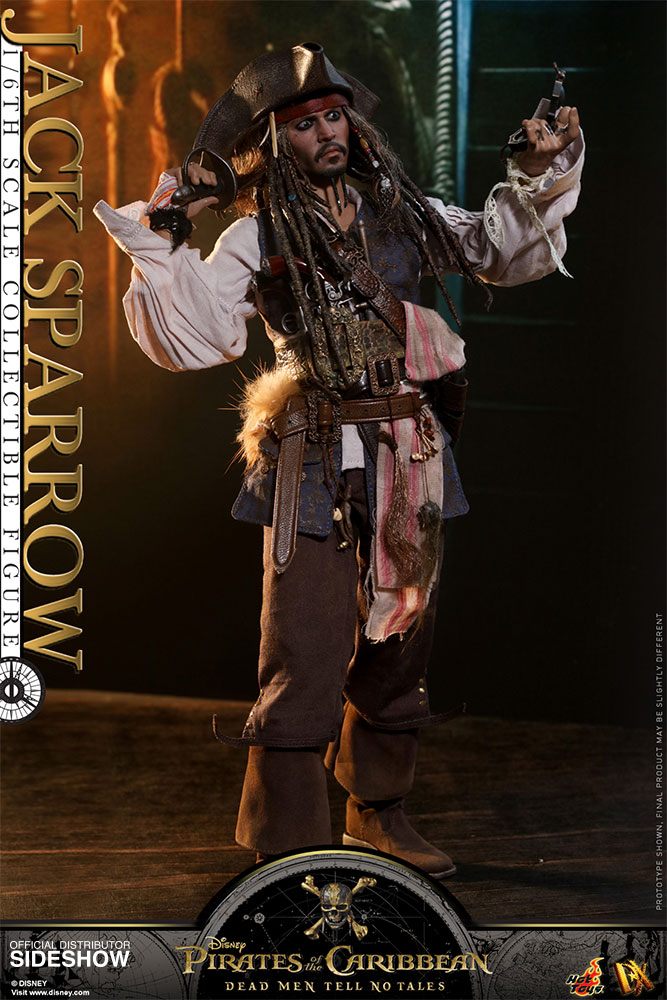 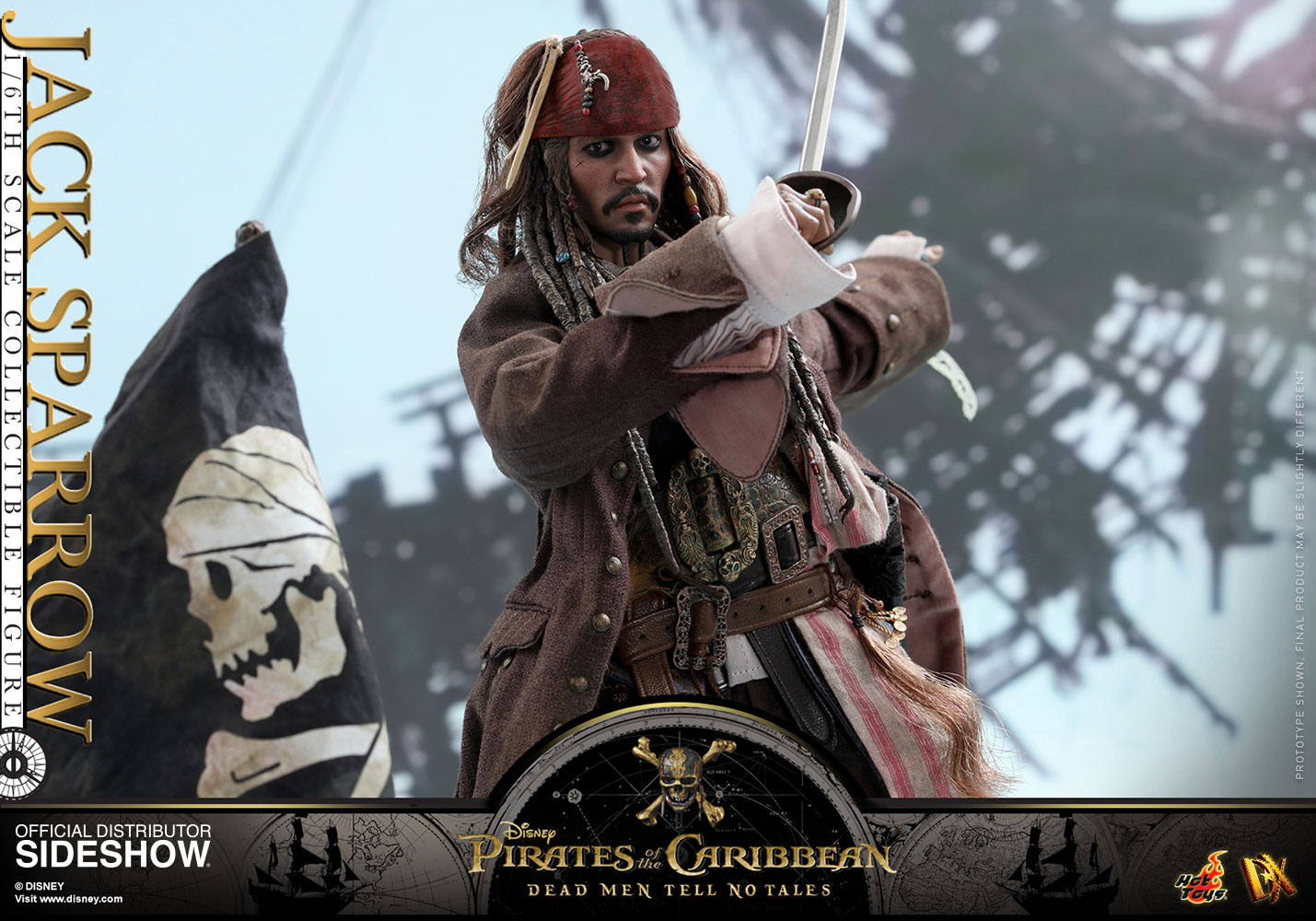 “The dead have taken command of the sea. They’re searching for Sparrow!”

After 6 years, the highly anticipated blockbuster Pirates of the Caribbean: Dead Men Tell No Tales is here!

Cursed by Captain Jack Sparrow into the Devil’s Triangle, the terrifying Captain Salazar is resurrected and set to take out all pirates at sea, particularly seeking out Jack Sparrow at all cost for his revenge. It’s been a long voyage since the Pirates of the Caribbean: On Stranger Tides in 2011.

Sideshow and Hot Toys are very excited to bring an all-new Captain Jack Sparrow sixth scale collectible figure on board from Pirates of the Caribbean: Dead Men Tell No Tales as the latest addition to fans beloved DX Series. Made with meticulous craftsmanship, the remarkable head sculpt features 2 interchangeable faces with a patented Interchangeable Faces Technique and separate rolling eyeballs, highly intricate and brand new tailored costumes based on Jack Sparrow’s iconic outfit.

A large assortment of weapons and accessories are also included to recreate the authentic likeness of this legendary pirate in the film. Along with the figure, it also comes with a surprisingly elaborated diorama figure stand inspired by his sailing adventures.

Set sail with Captain Jack Sparrow! Upgrade your Pirates collection with the newest sixth scale Collectible Figure from his most adventurous moments yet!