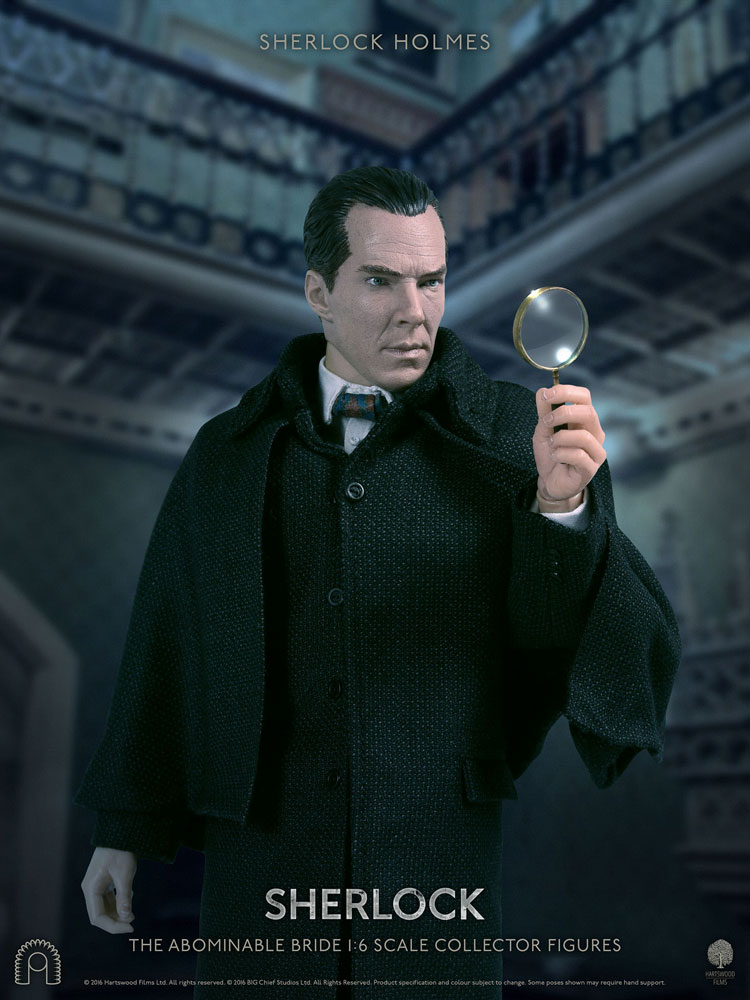 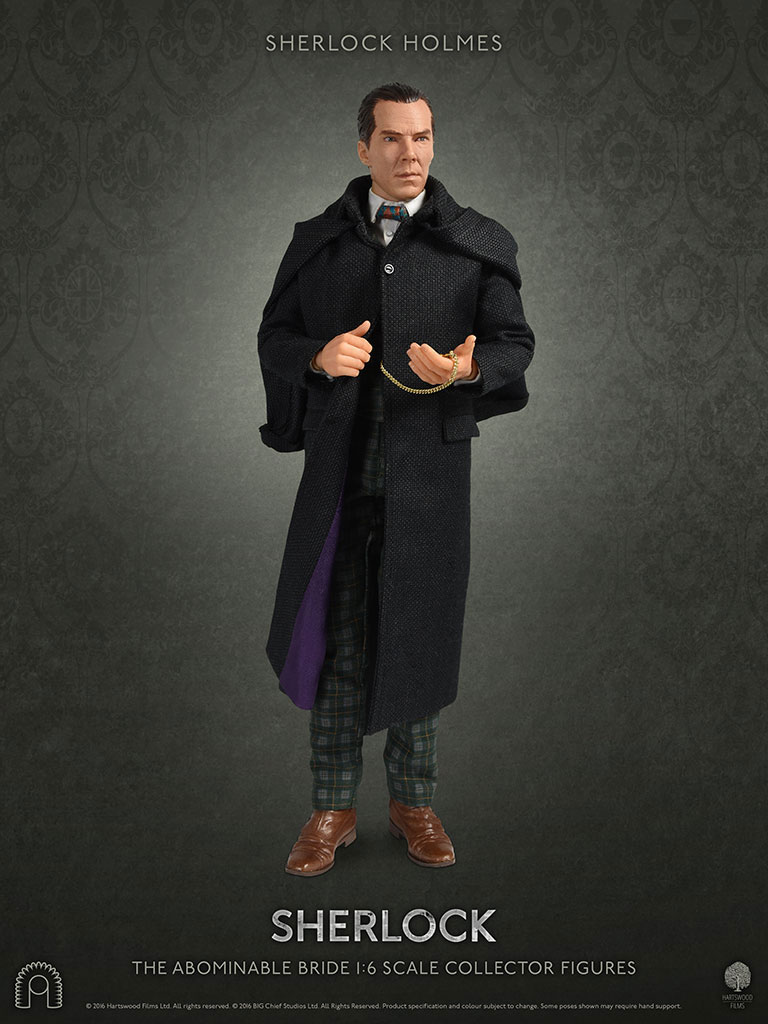 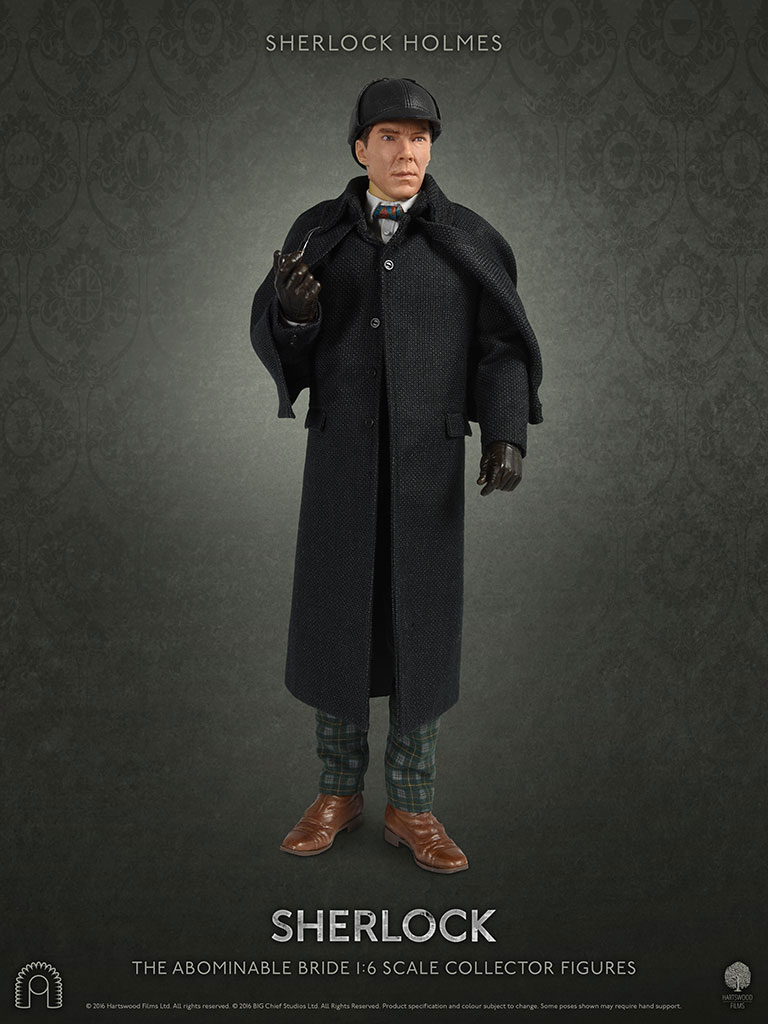 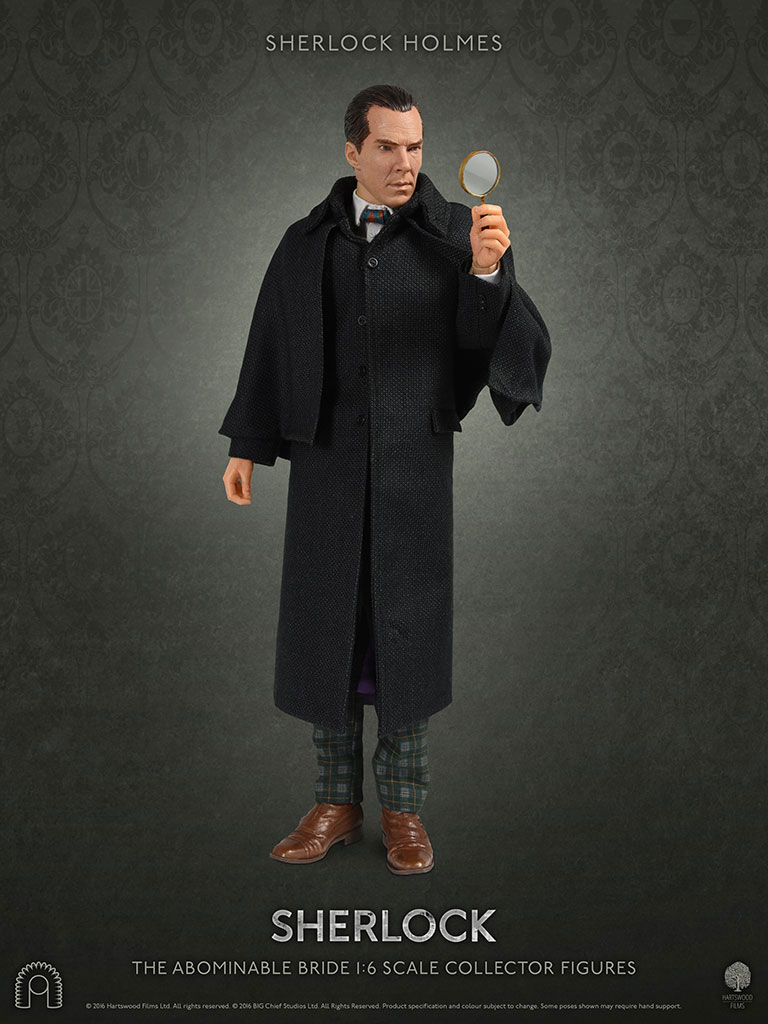 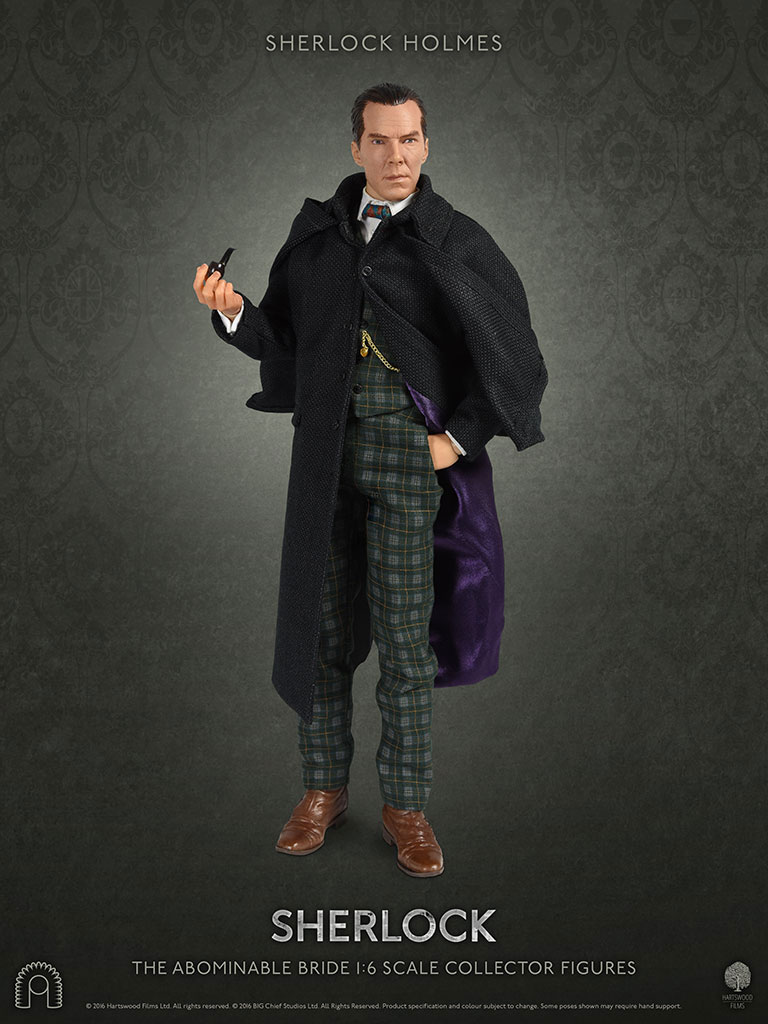 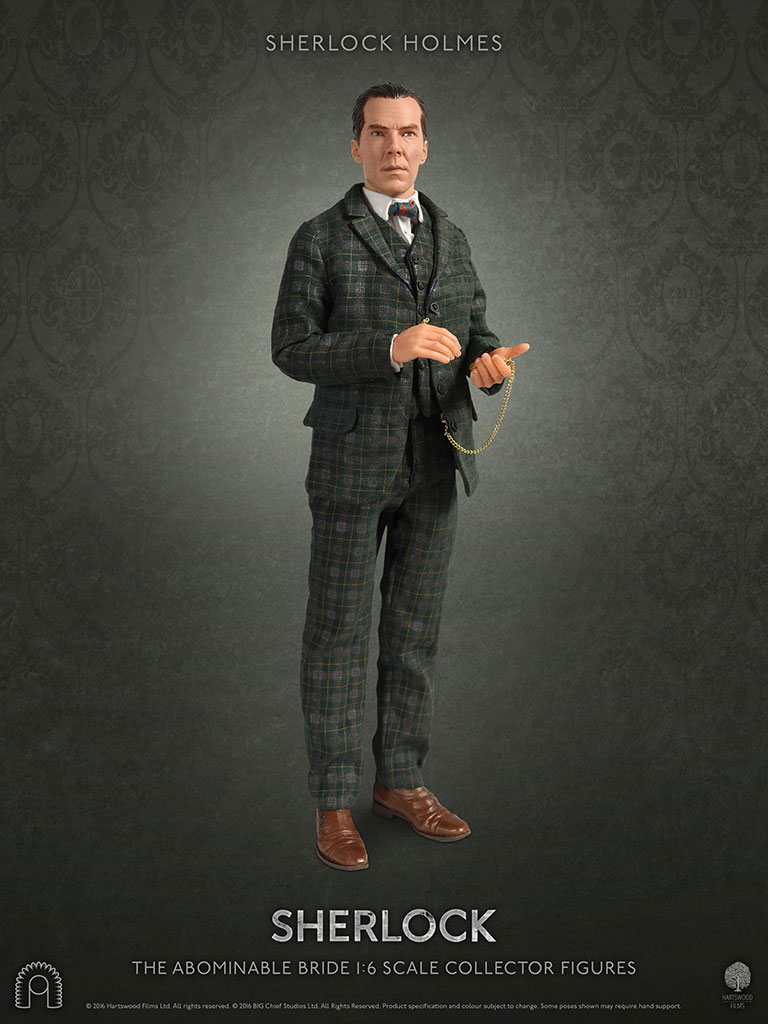 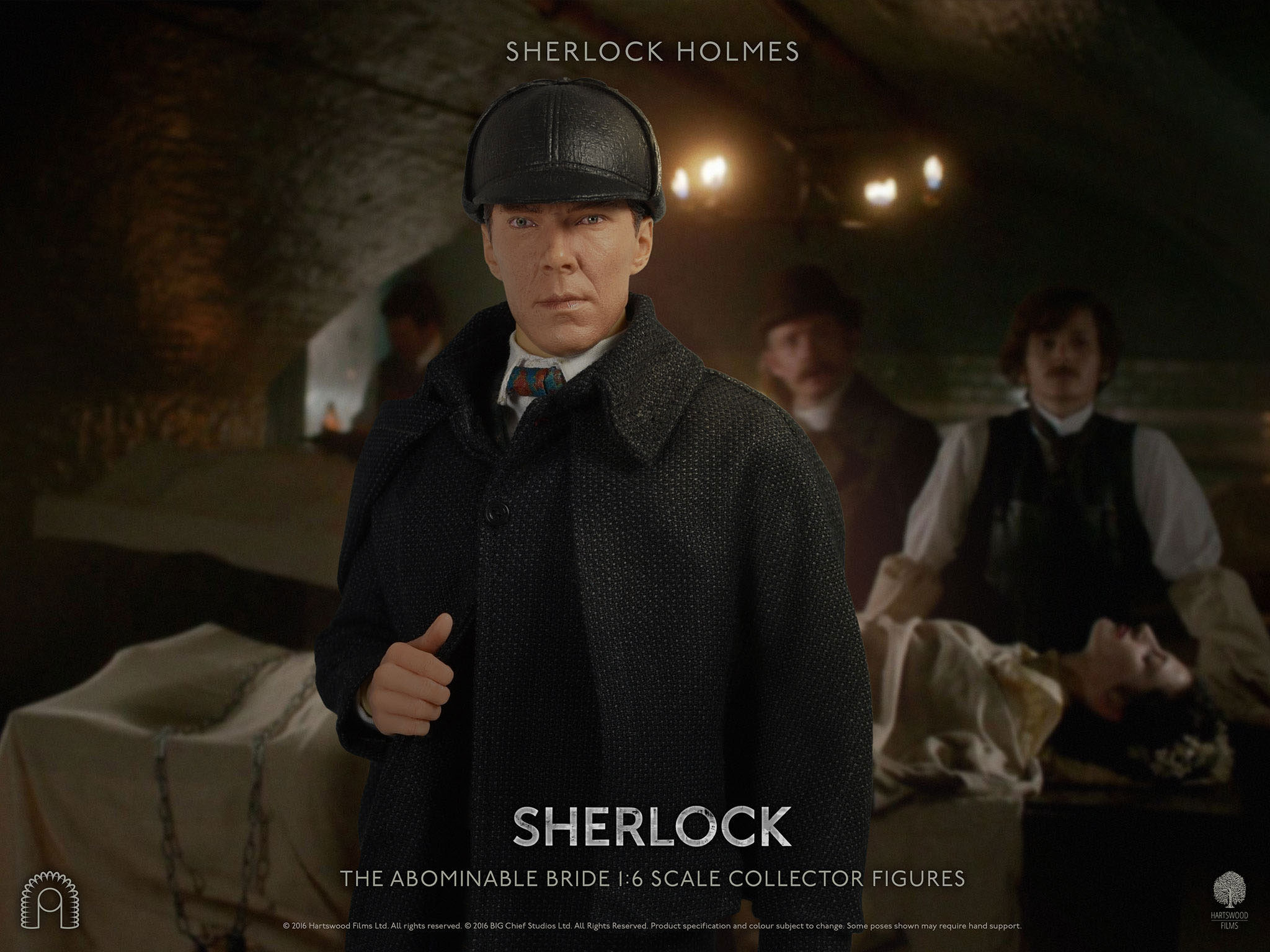 As part of a psychoanalytic hallucination, Sherlock‘s transported back into the Victorian era to solve the crimes that no one else could. During his hallucination Sherlock encounters the impossible – an undying ghost who returns to murder specifically targetted individuals. After various deductions, help from his engorged and be it greedy brother and several reality checks, Sherlock deduces how to solve the case and reveal the real murderer.

Officially licensed by the makers of Sherlock, Hartswood Films, each figure features a fully realised likeness of Benedict Cumberbatch, outfitted in a tailored Victorian three-piece suit, caped overcoat and his deerstalker hat, the figure comes with numerous accessories featured in The Abominable Bride episode and a display base