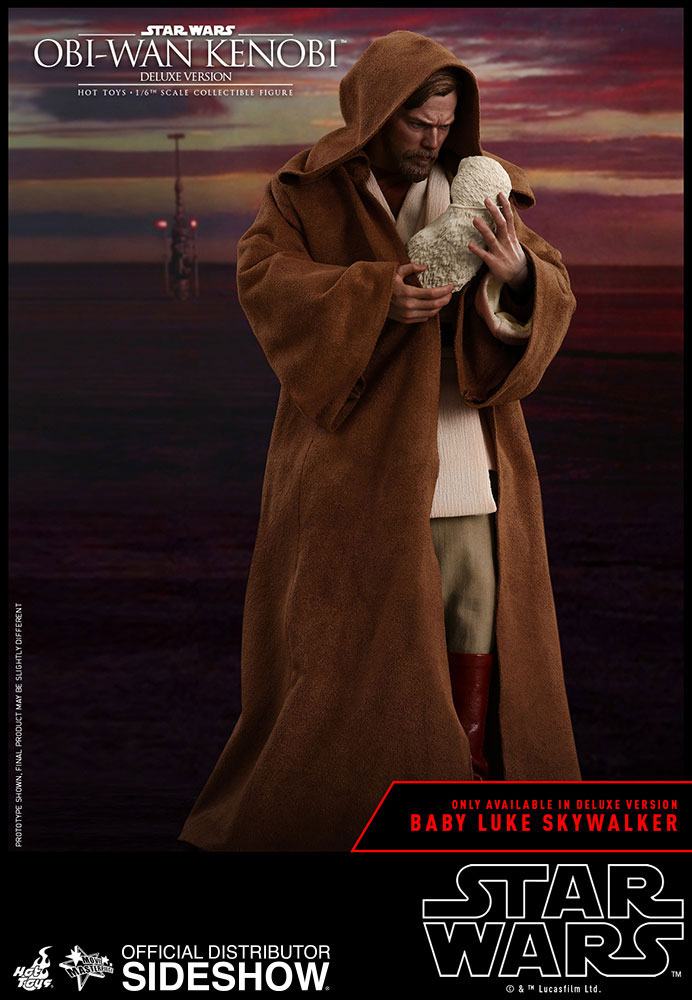 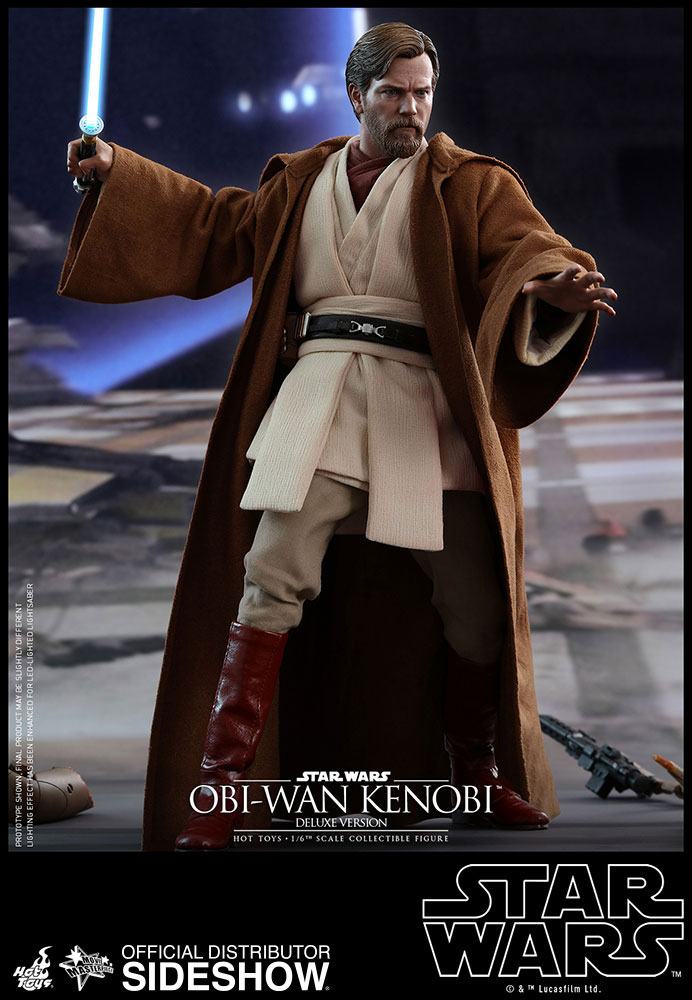 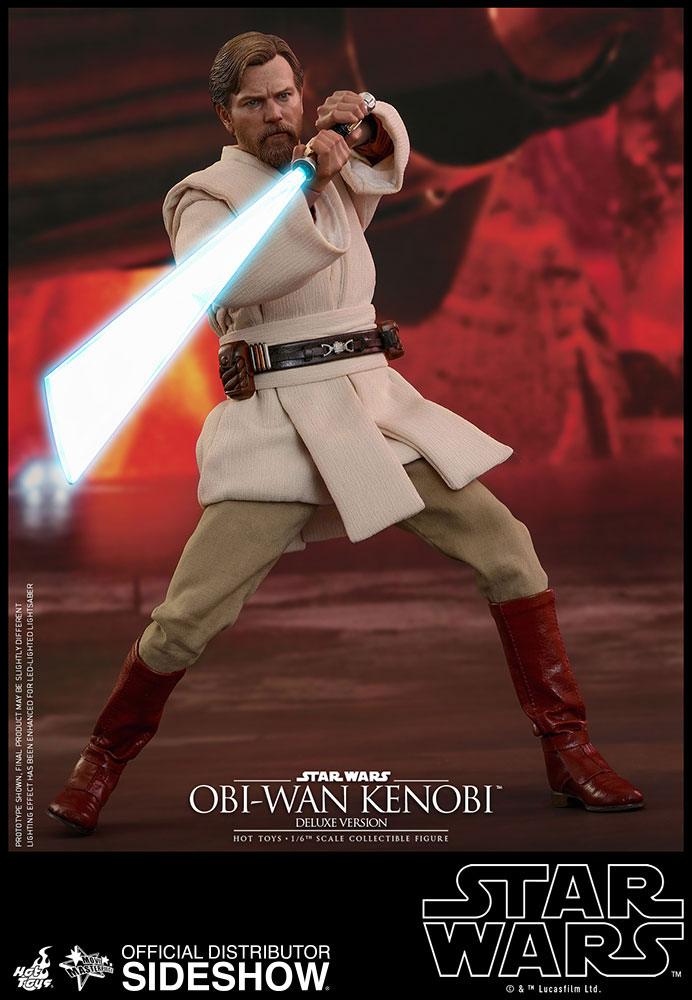 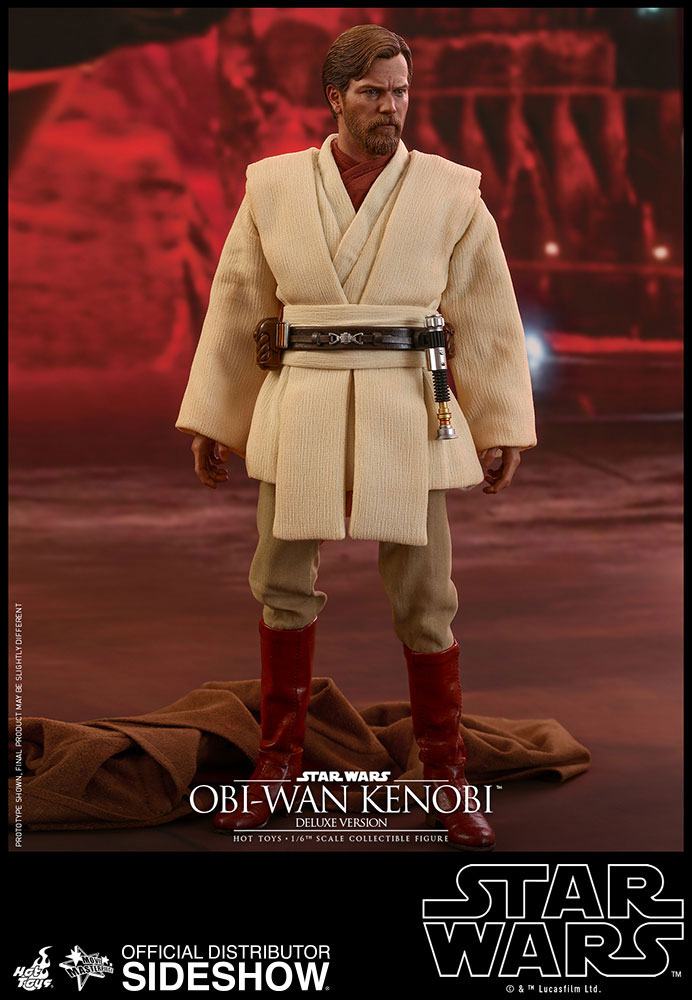 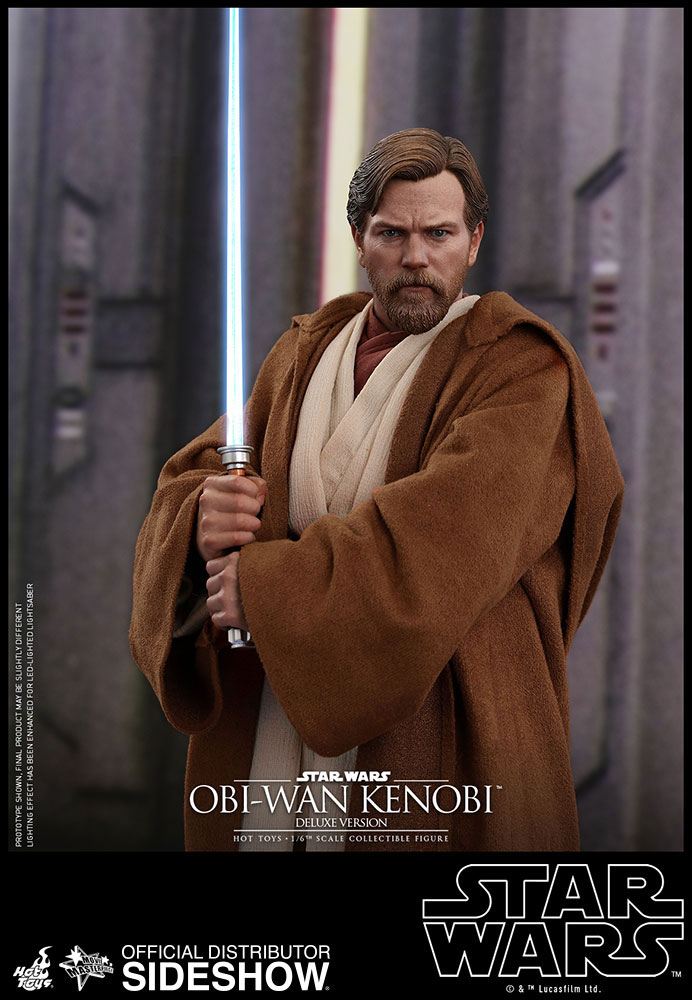 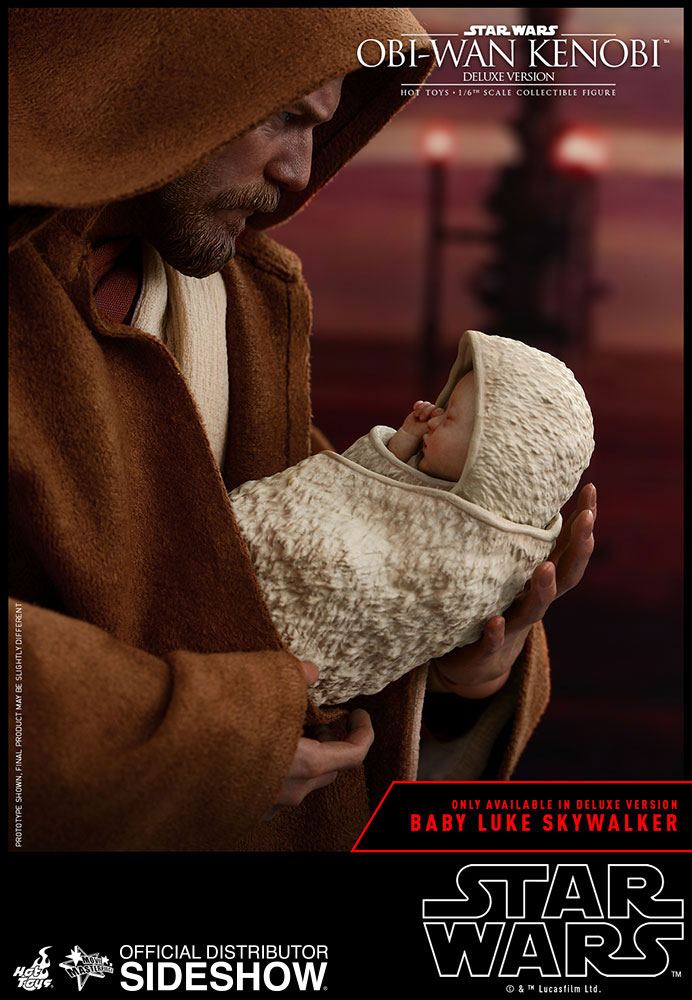 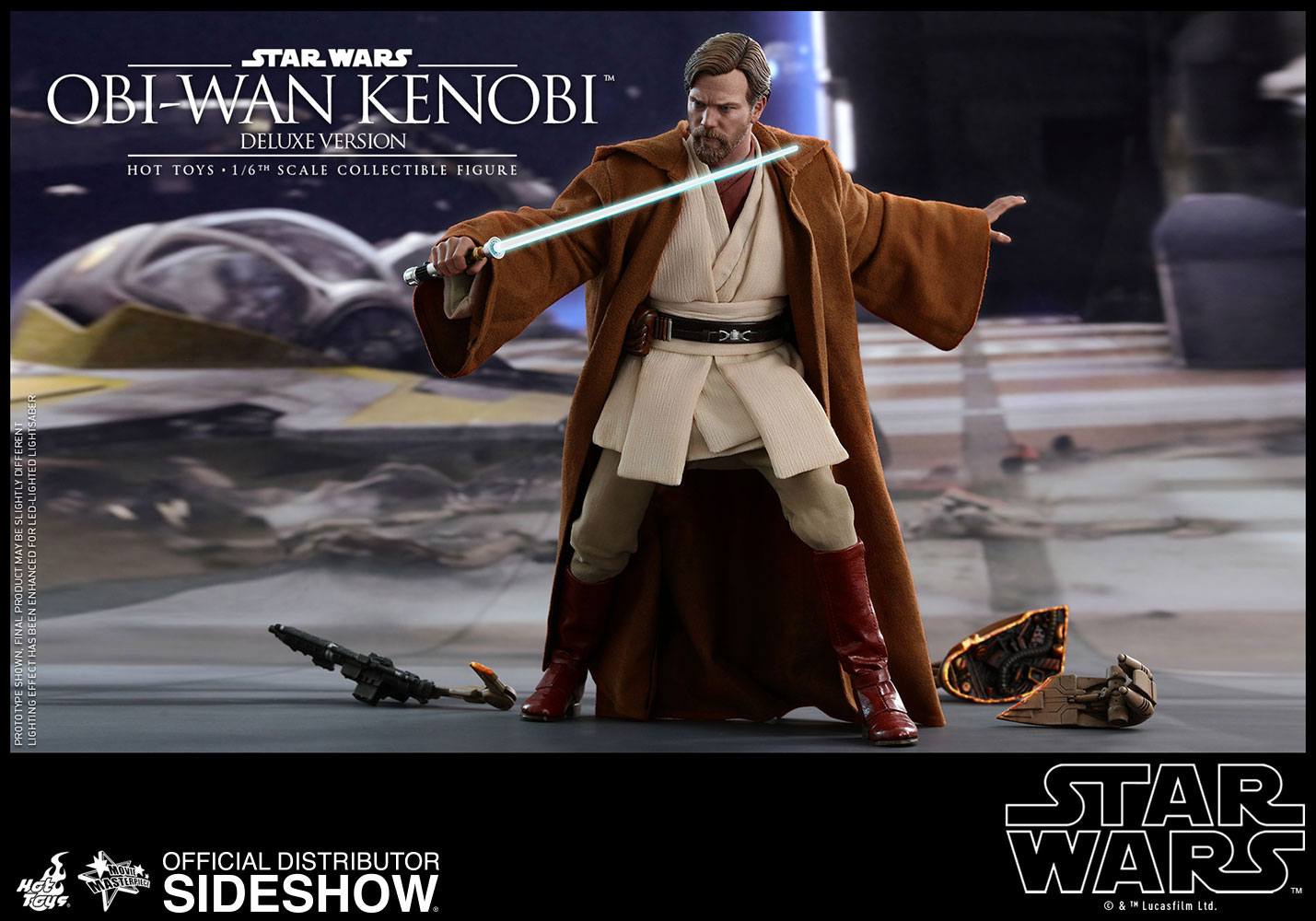 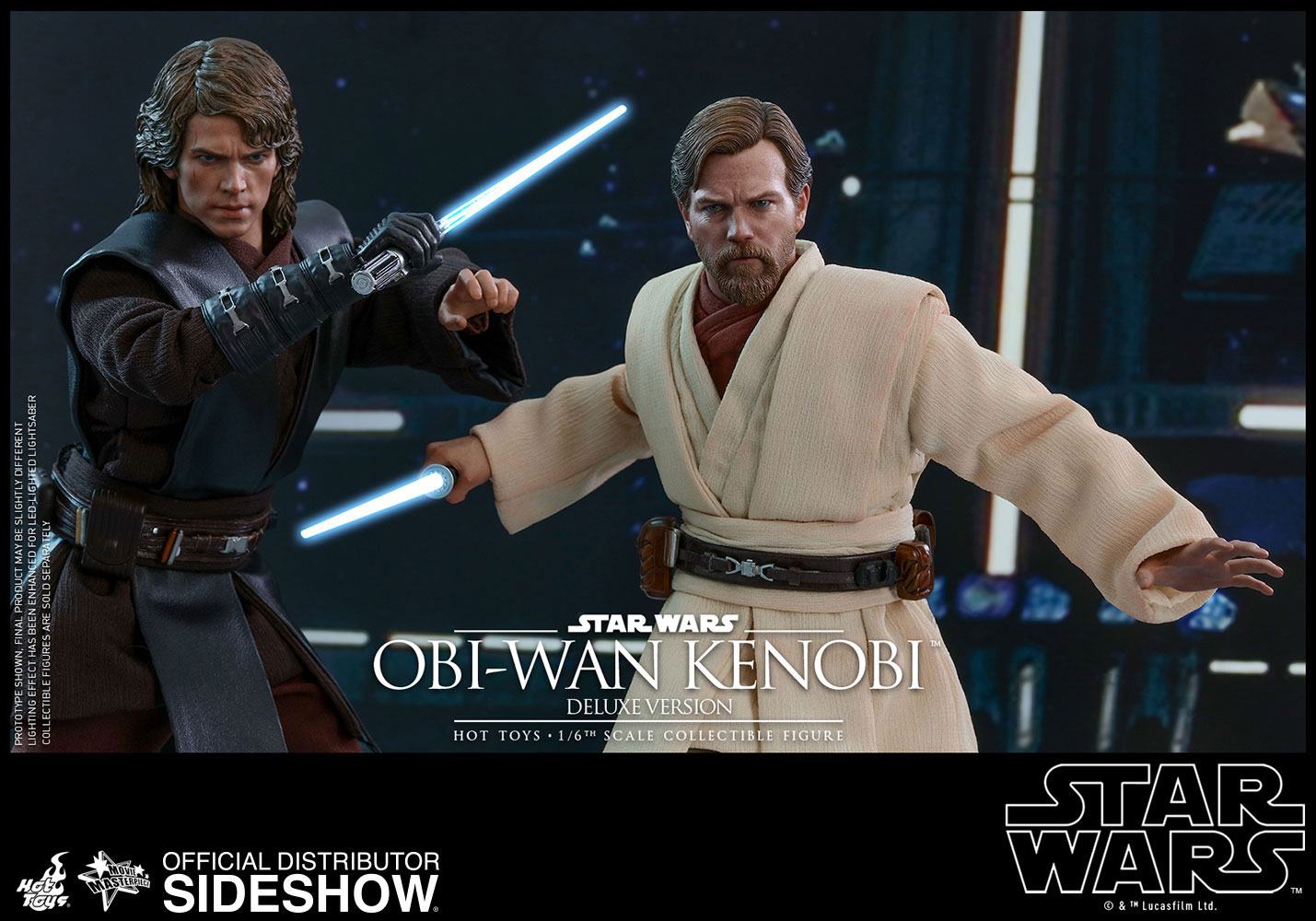 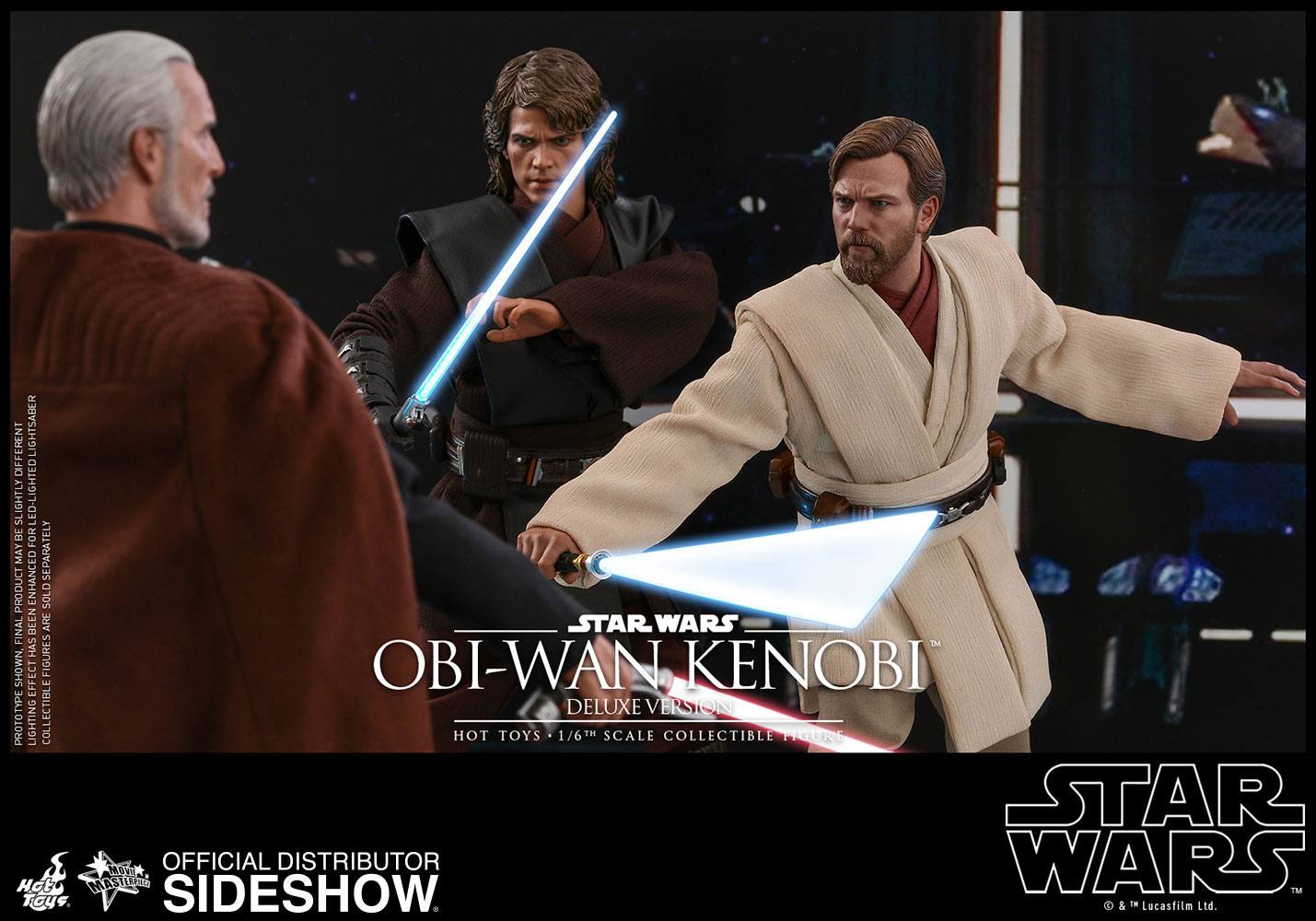 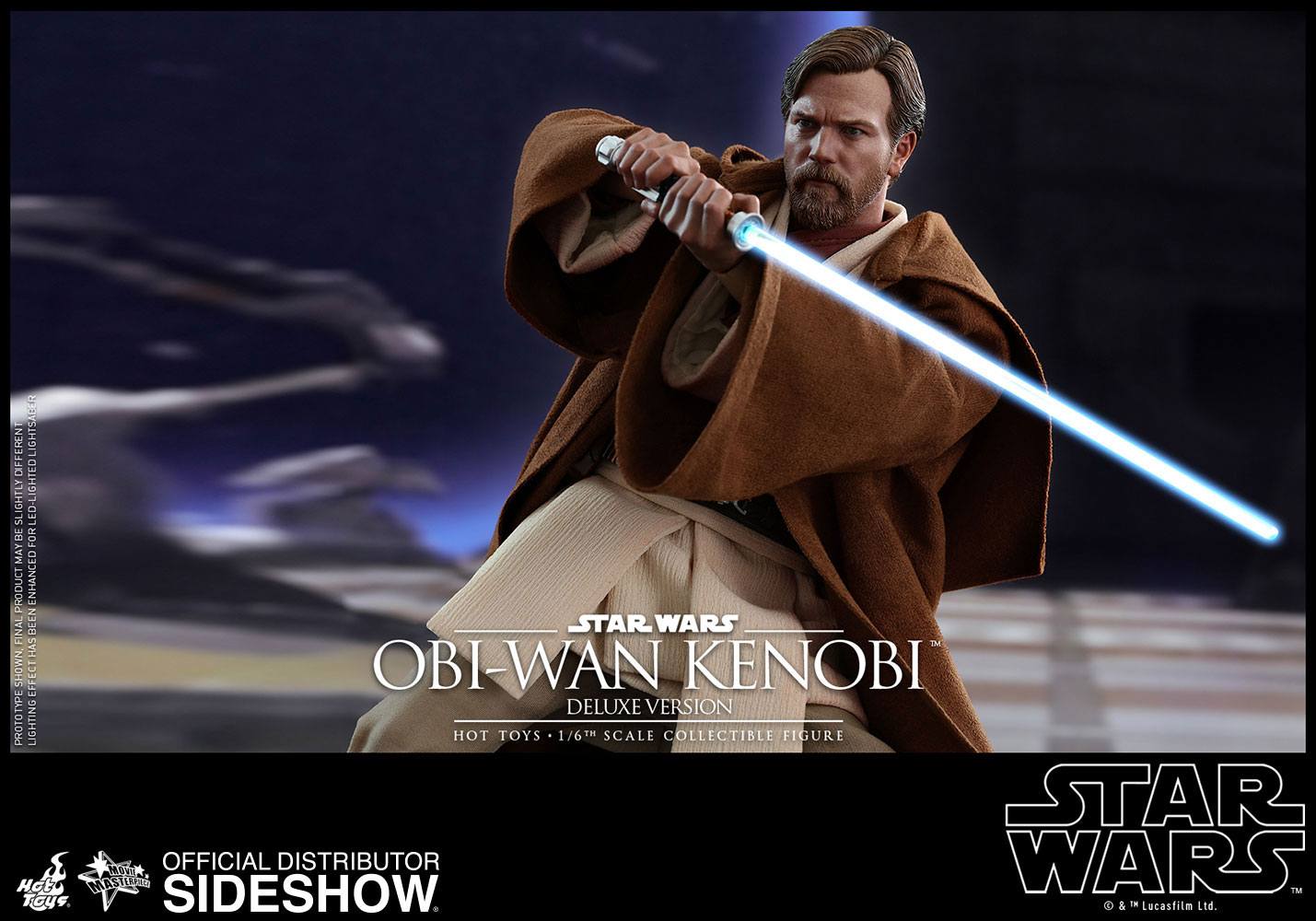 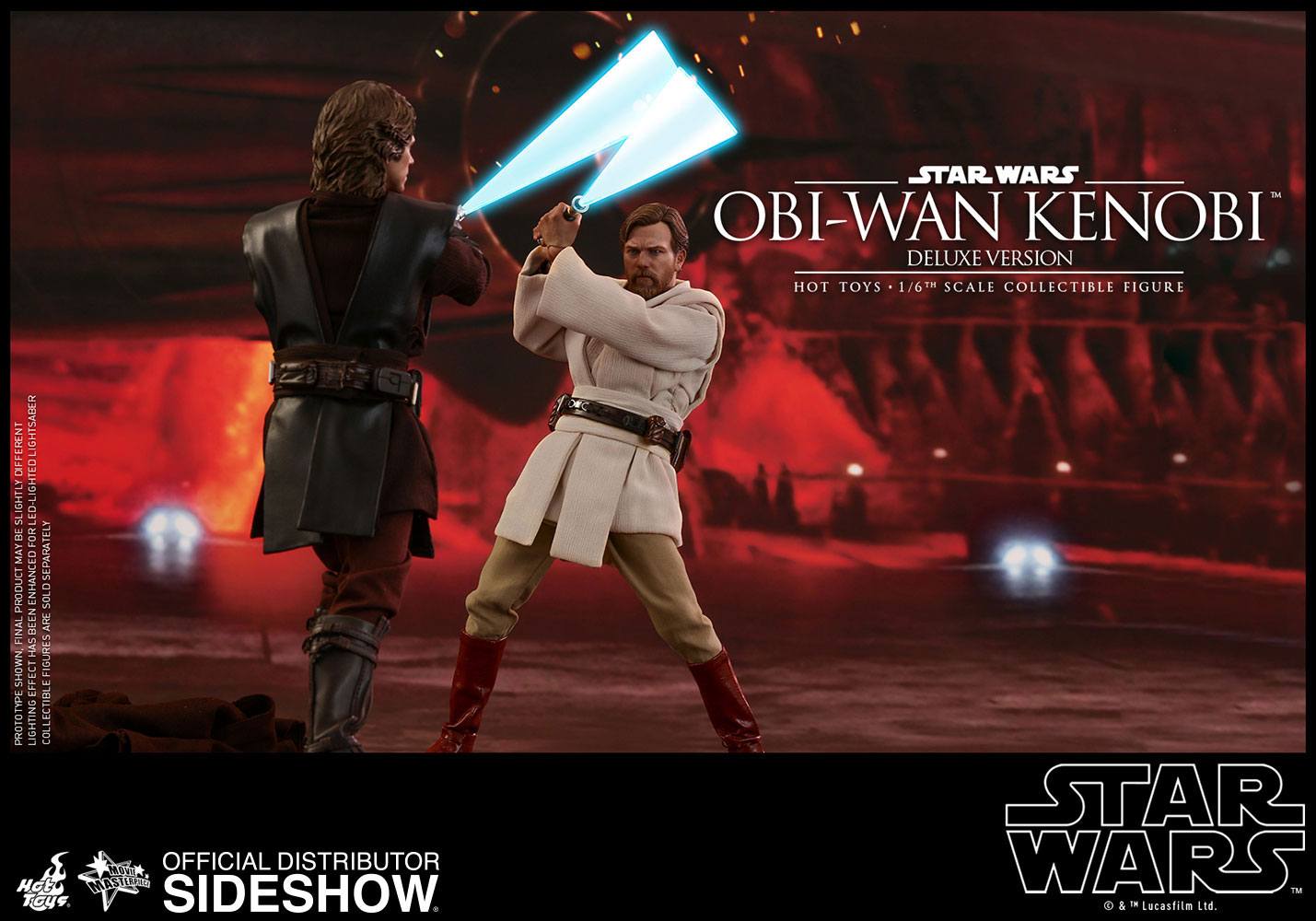 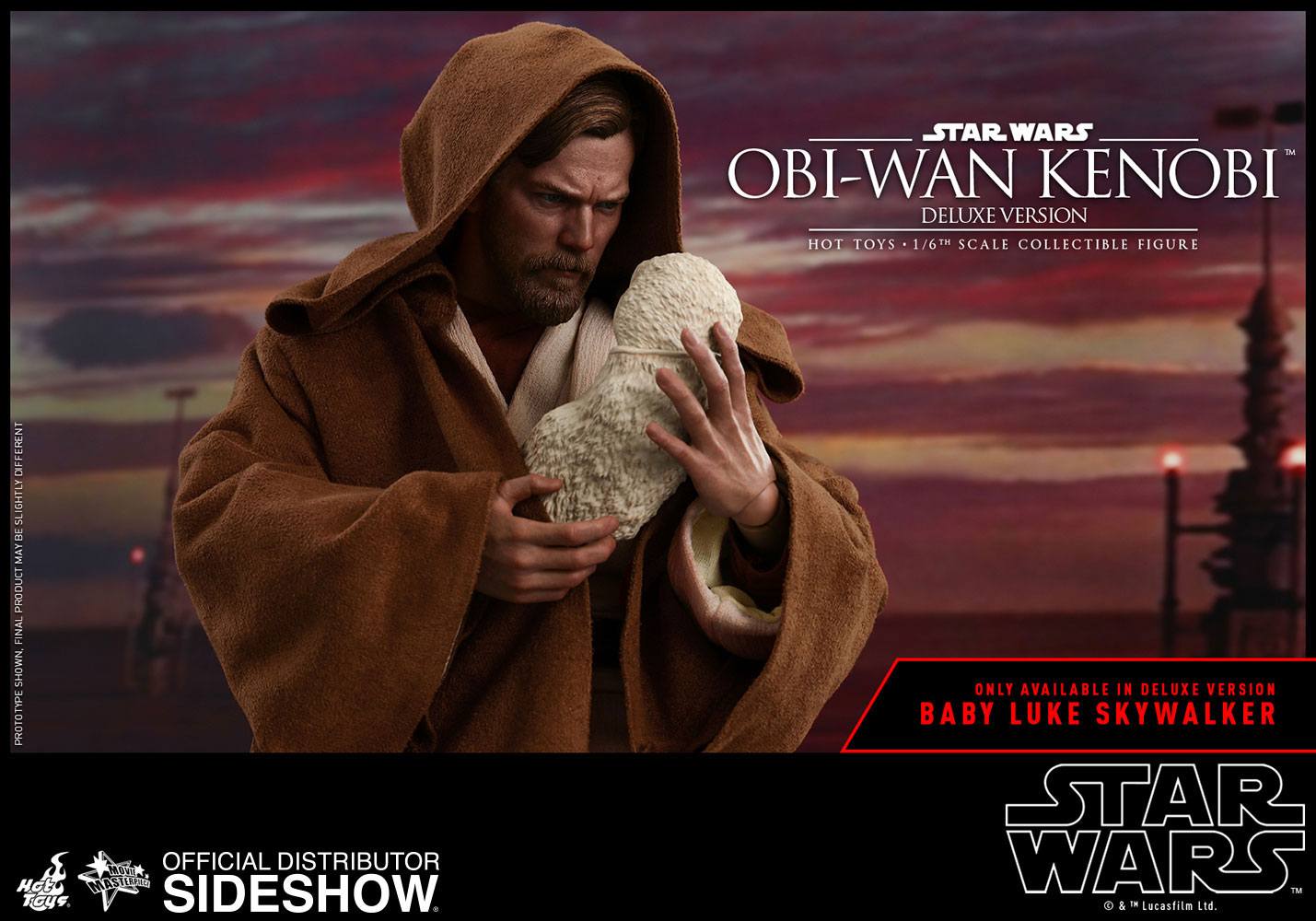 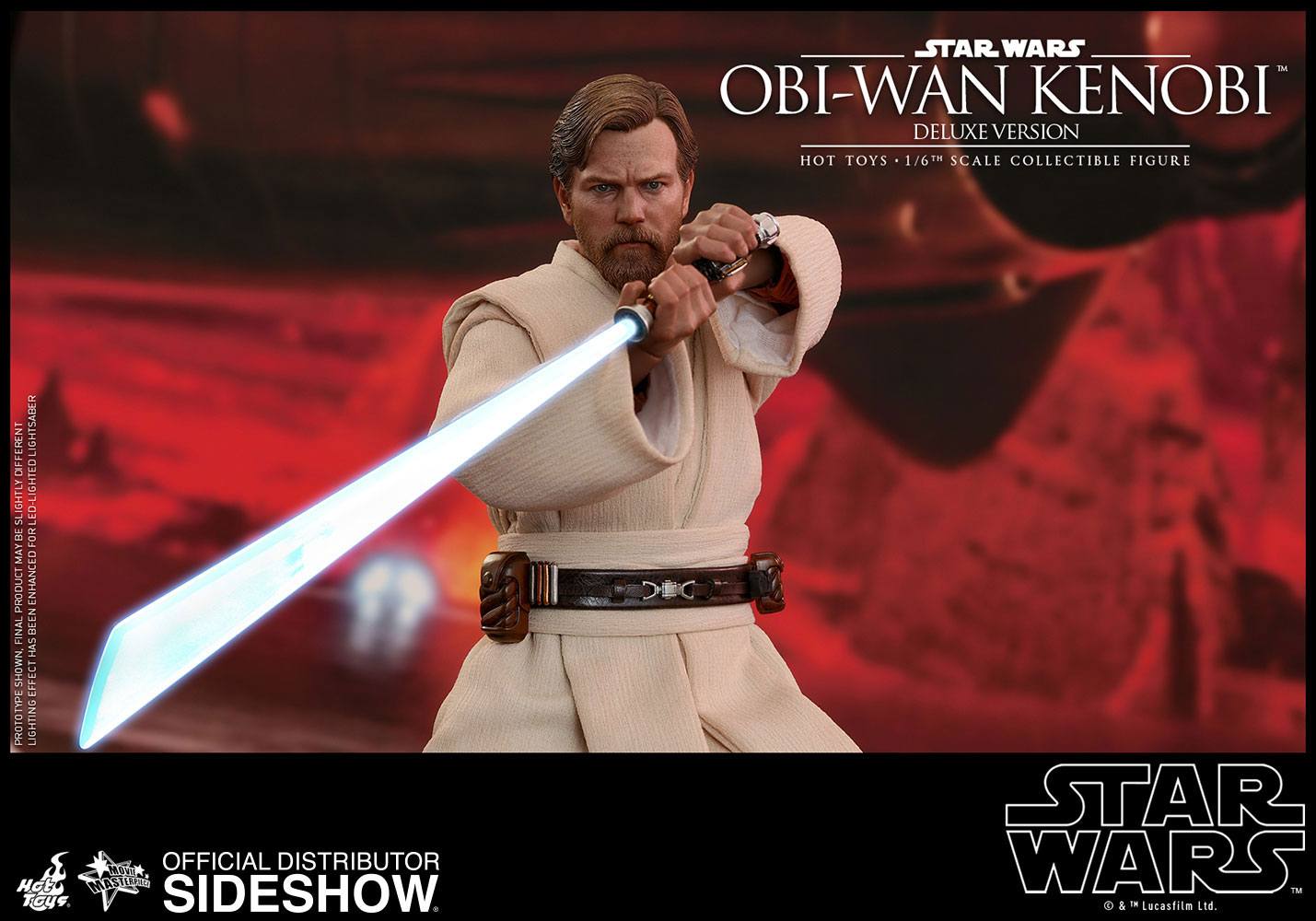 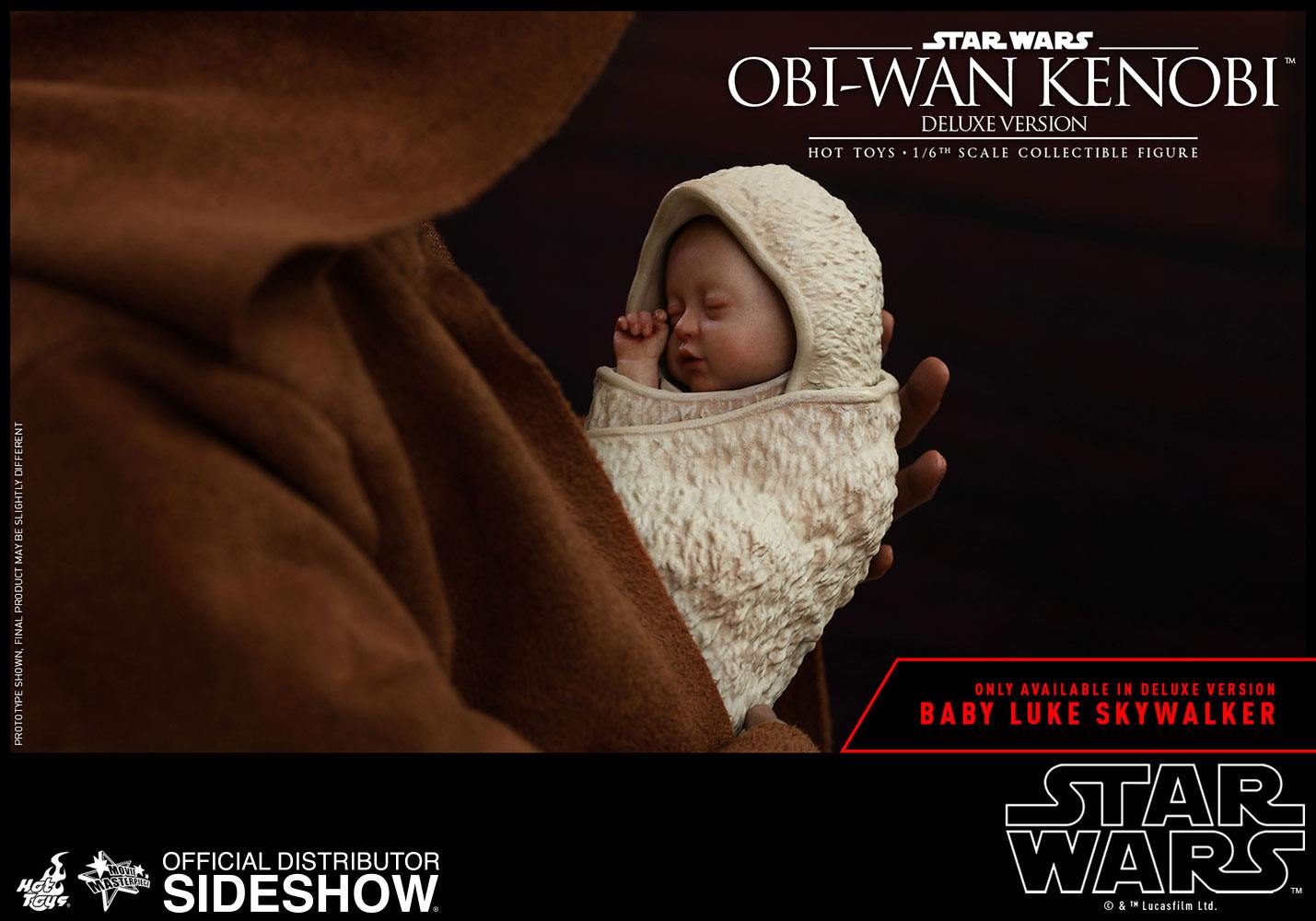 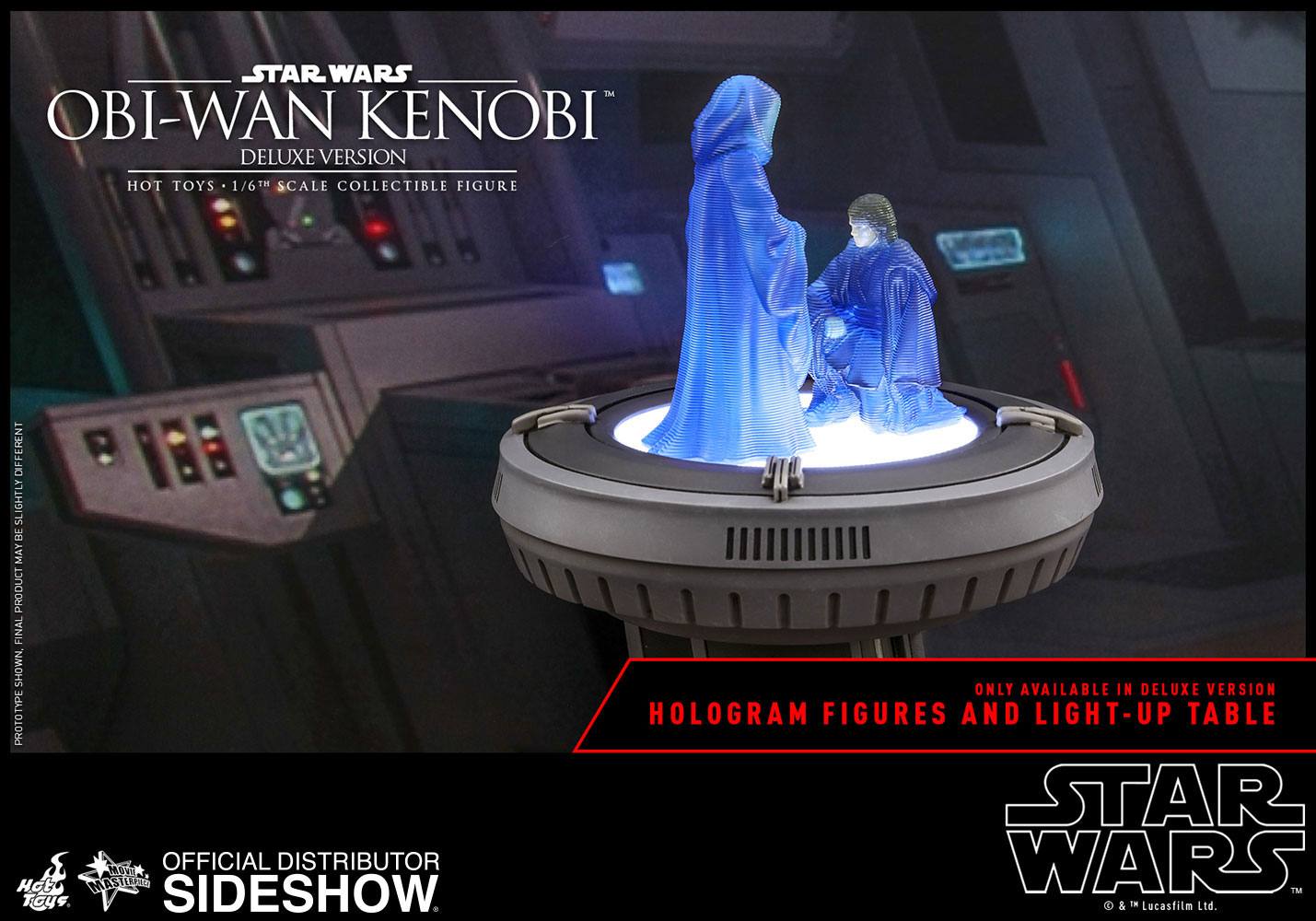 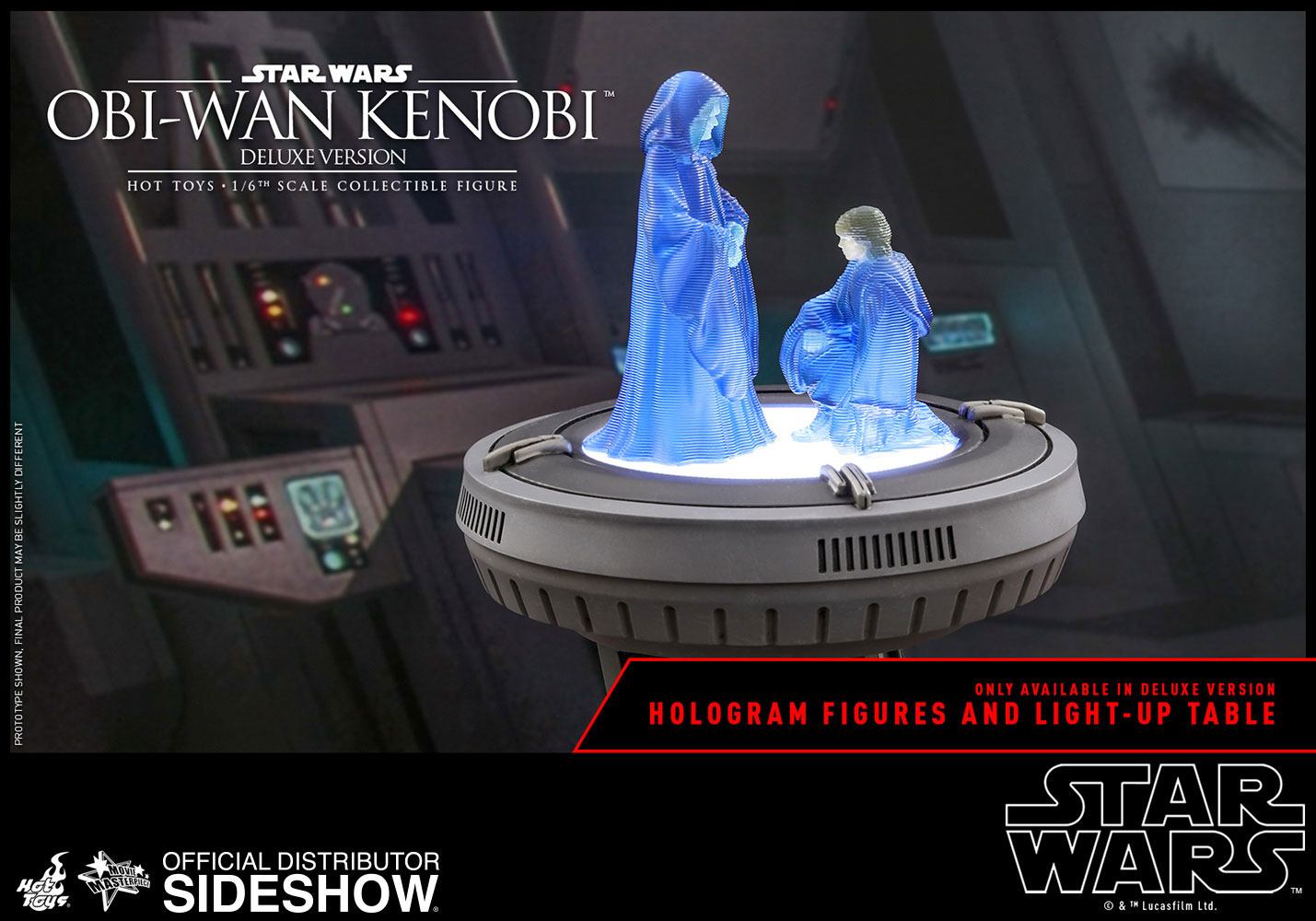 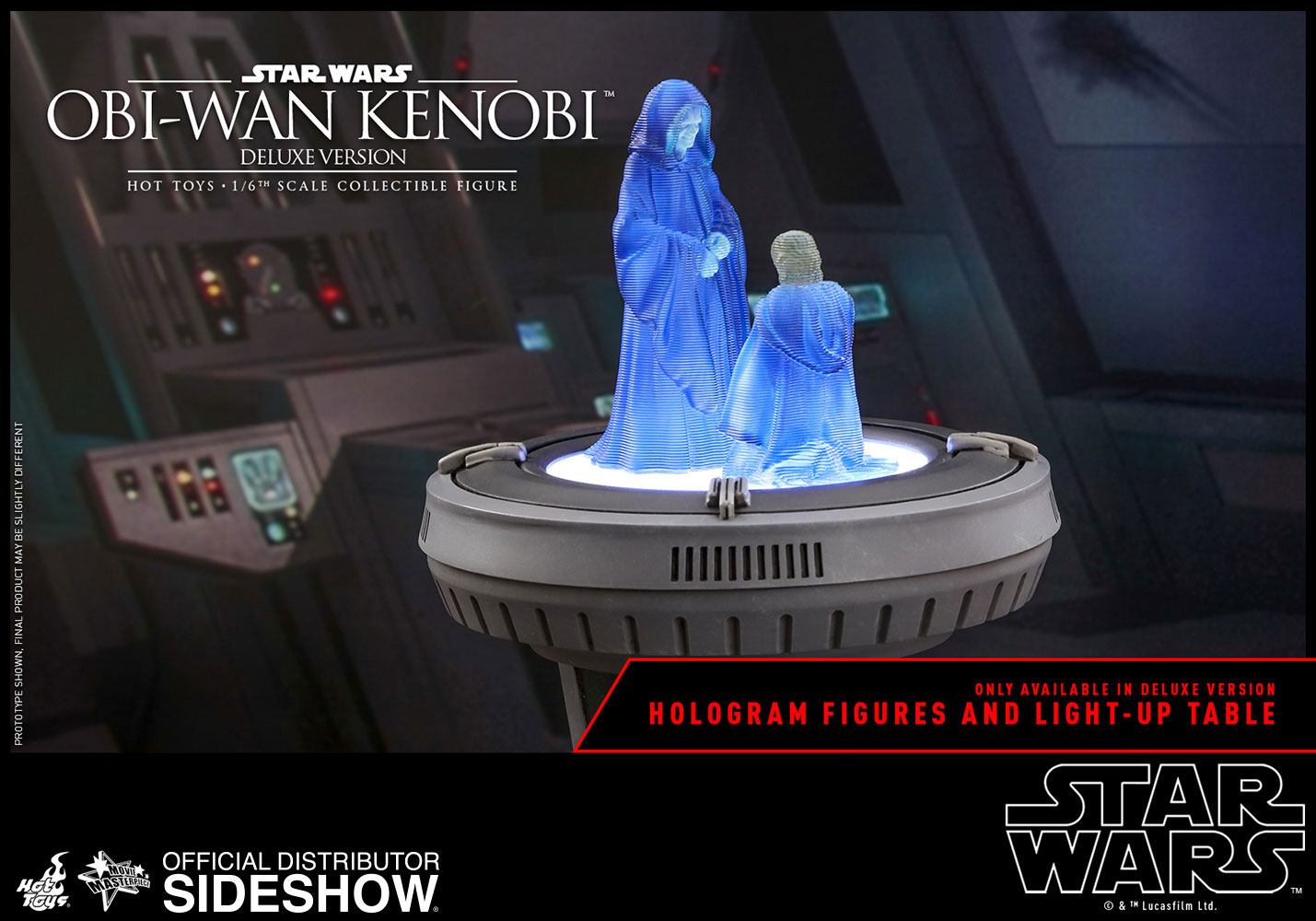 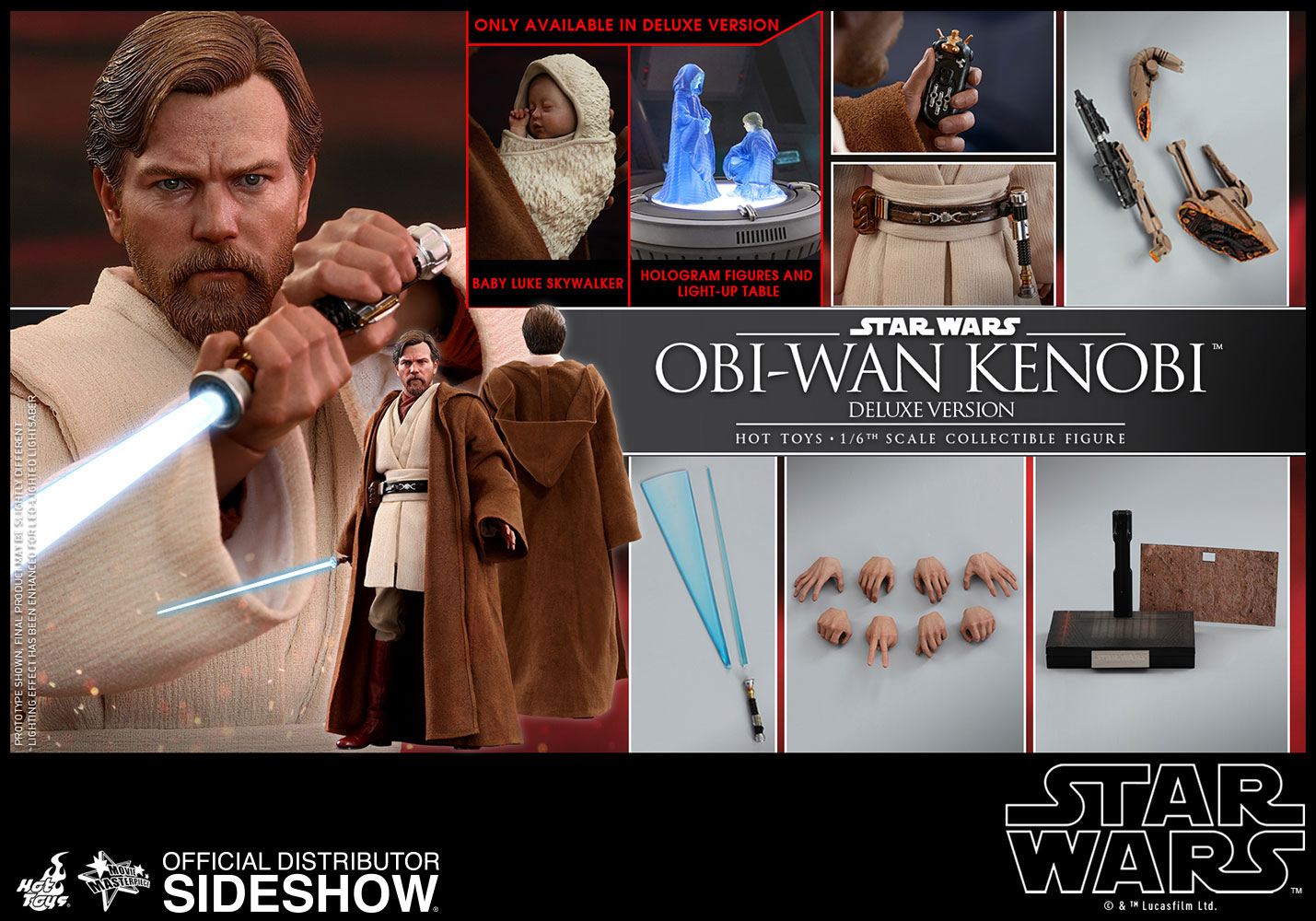 Legendary Jedi Master, Obi-Wan Kenobi is fans’ beloved character in the Star Wars galaxy! Gifted in the ways of the Force, he fought alongside Qui-Gon Jinn, trained Anakin Skywalker, and served as a general in the Republic Army during the Clone Wars. In Star War Episode III: Revenge of the Sith, fans finally witness the conflict and climatic battle between Obi-Wan and Anakin who had turned to the Dark Side!

Sophisticatedly crafted based on the appearance of Obi-Wan Kenobi in the film, the 1/6th scale collectible figure features a newly developed head sculpt with a stunning likeness, a skillfully tailored Jedi robe and tunic, an LED light-up lightsaber, severed battle droid parts and a specially designed figure base with interchangeable graphic cards!

Moreover, this Deluxe Version will exclusively include hologram figures of Darth Sidious and Anakin with LED light-up table and a baby Luke Skywalker!