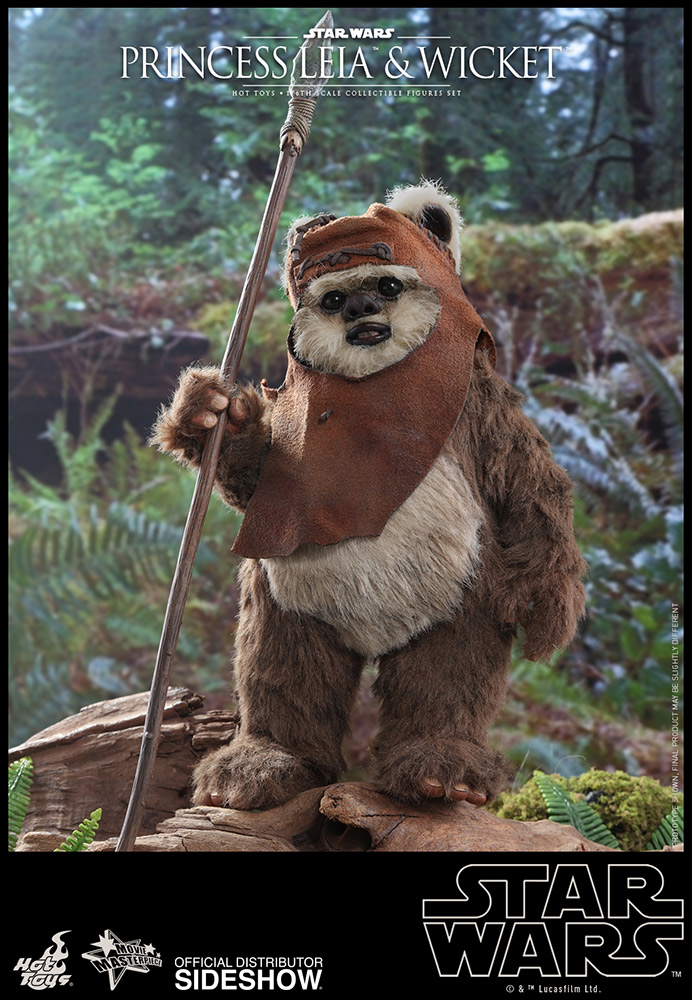 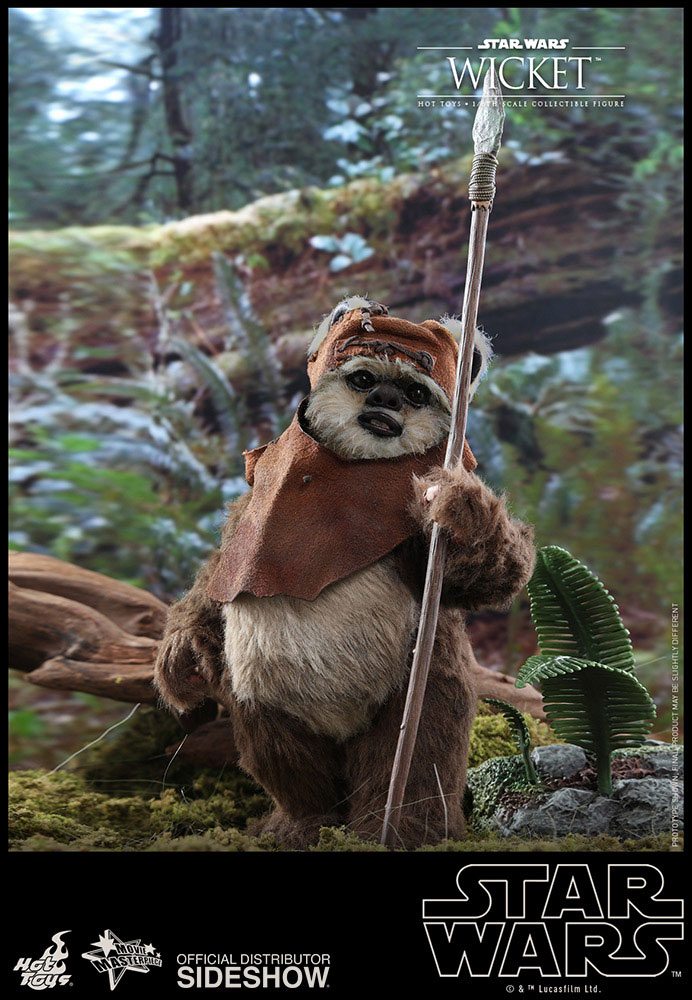 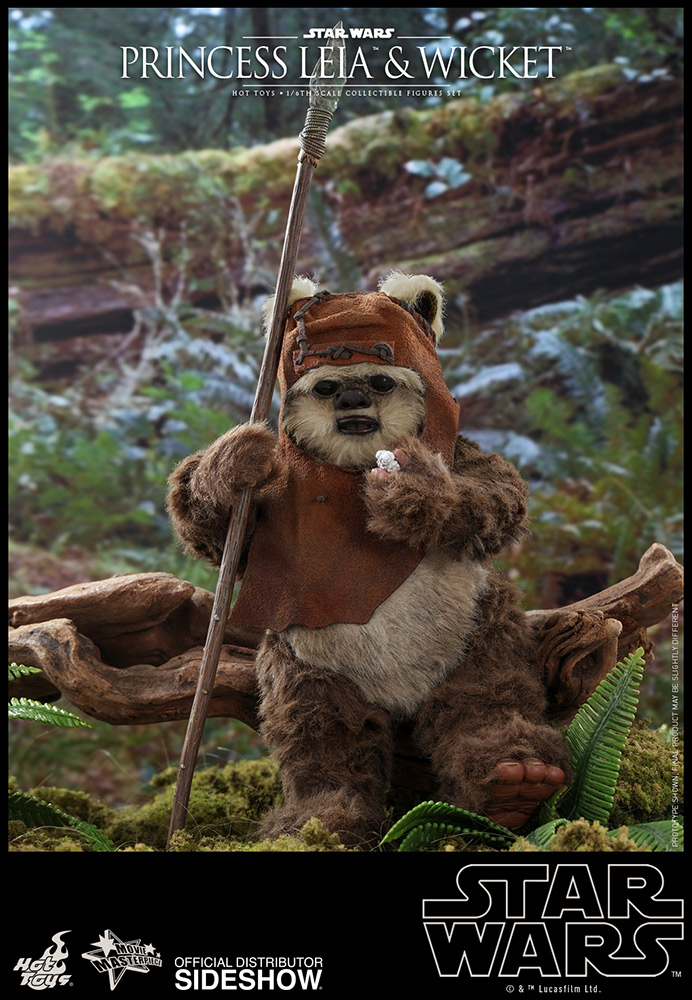 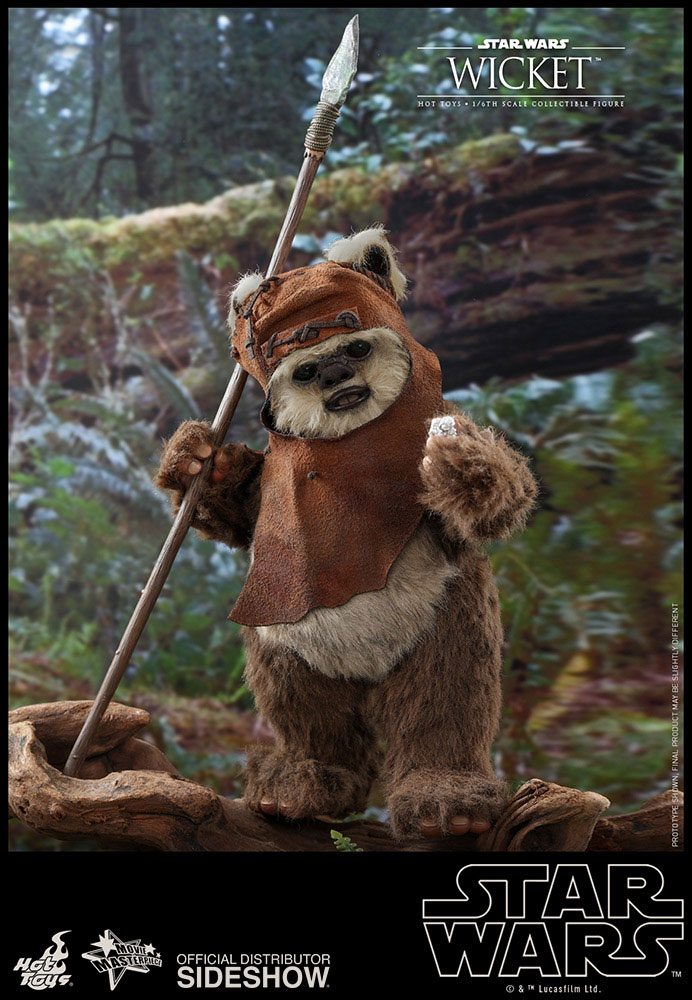 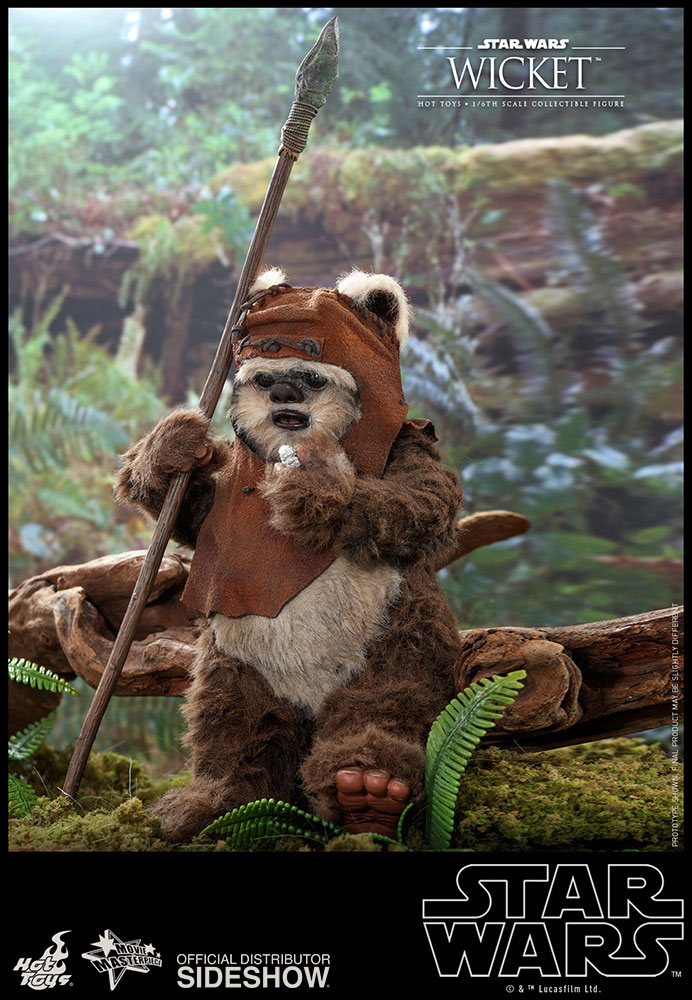 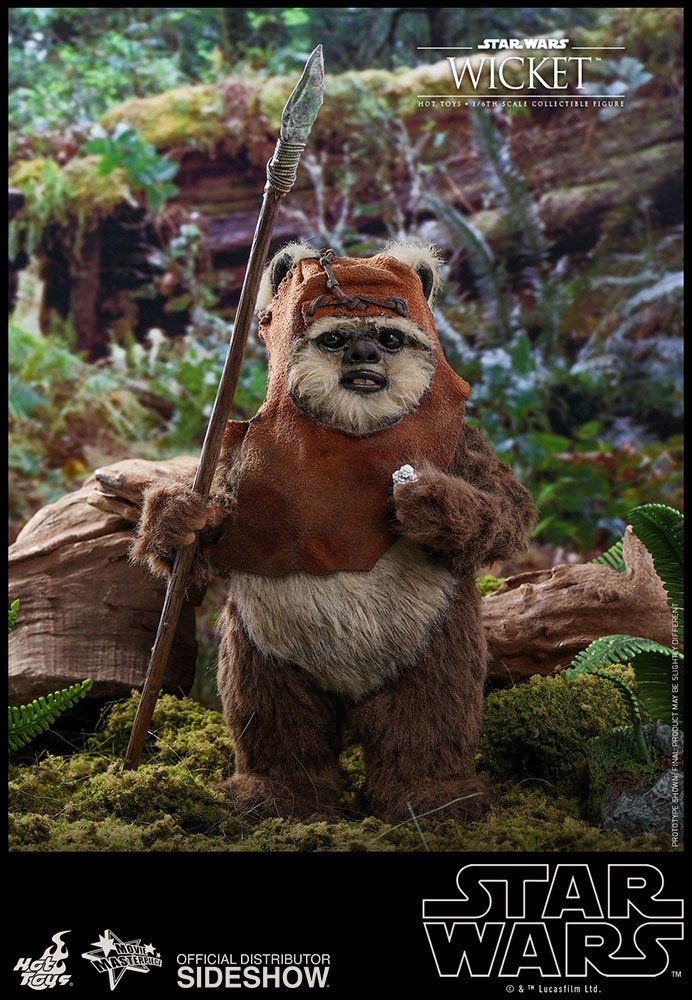 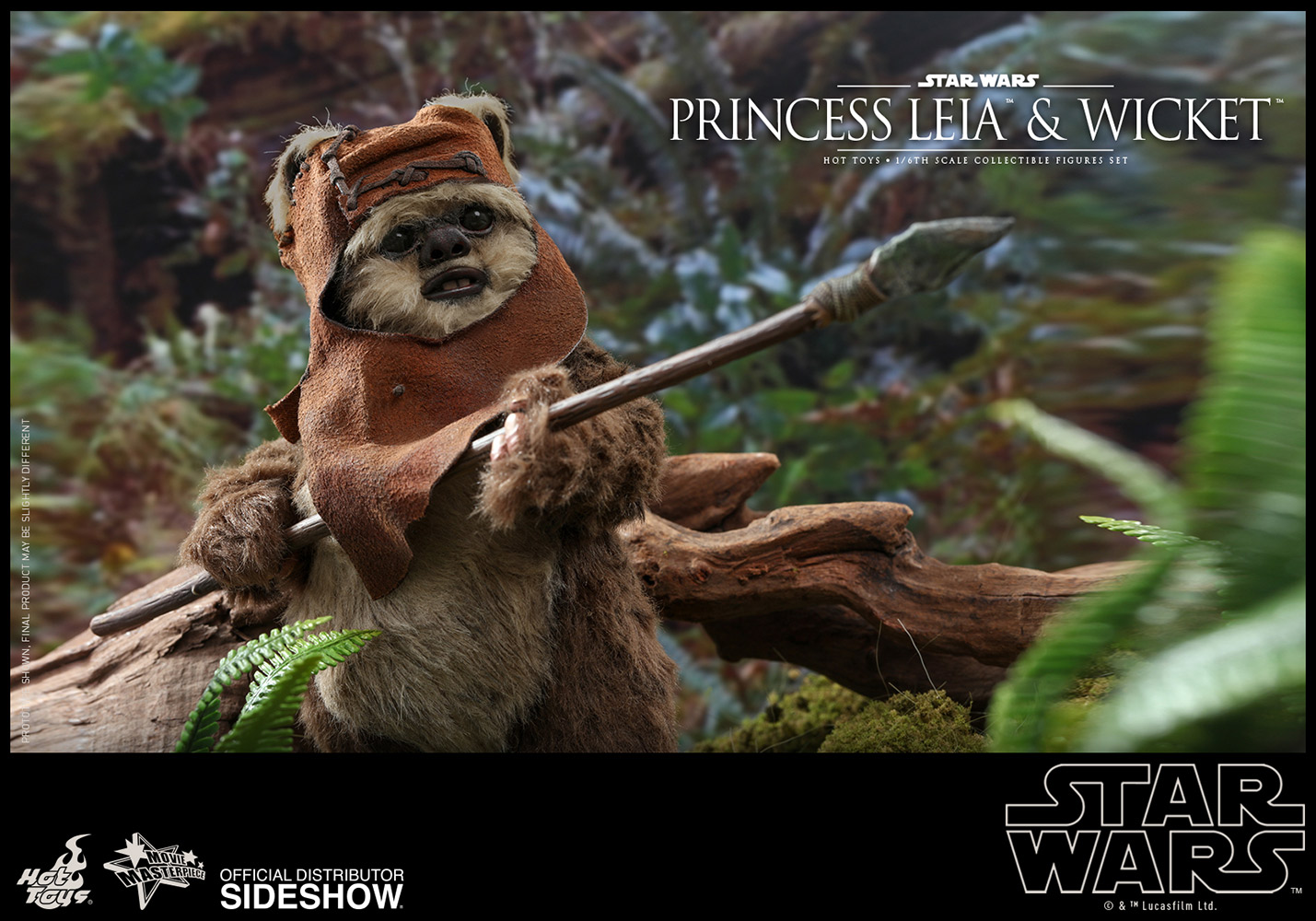 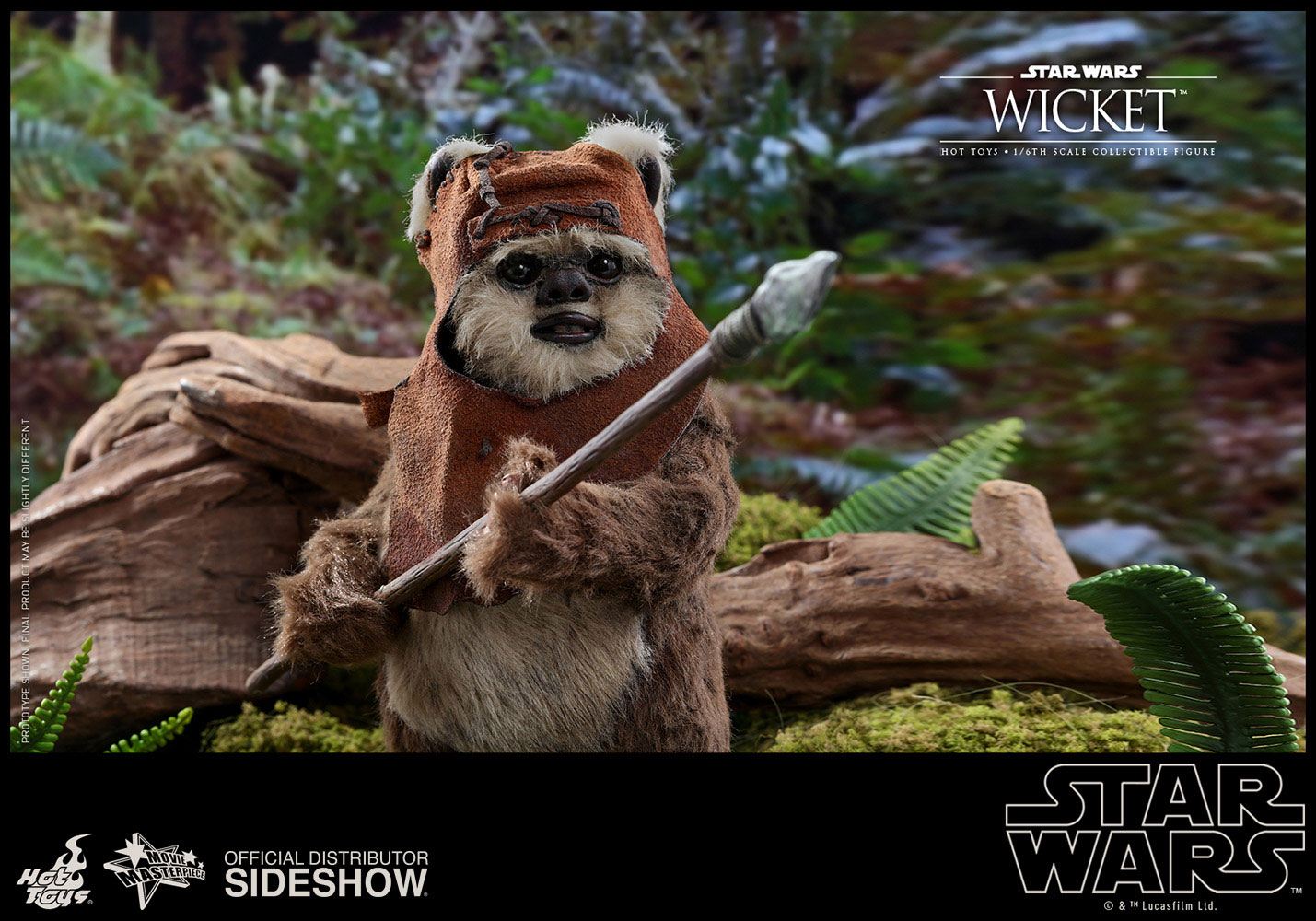 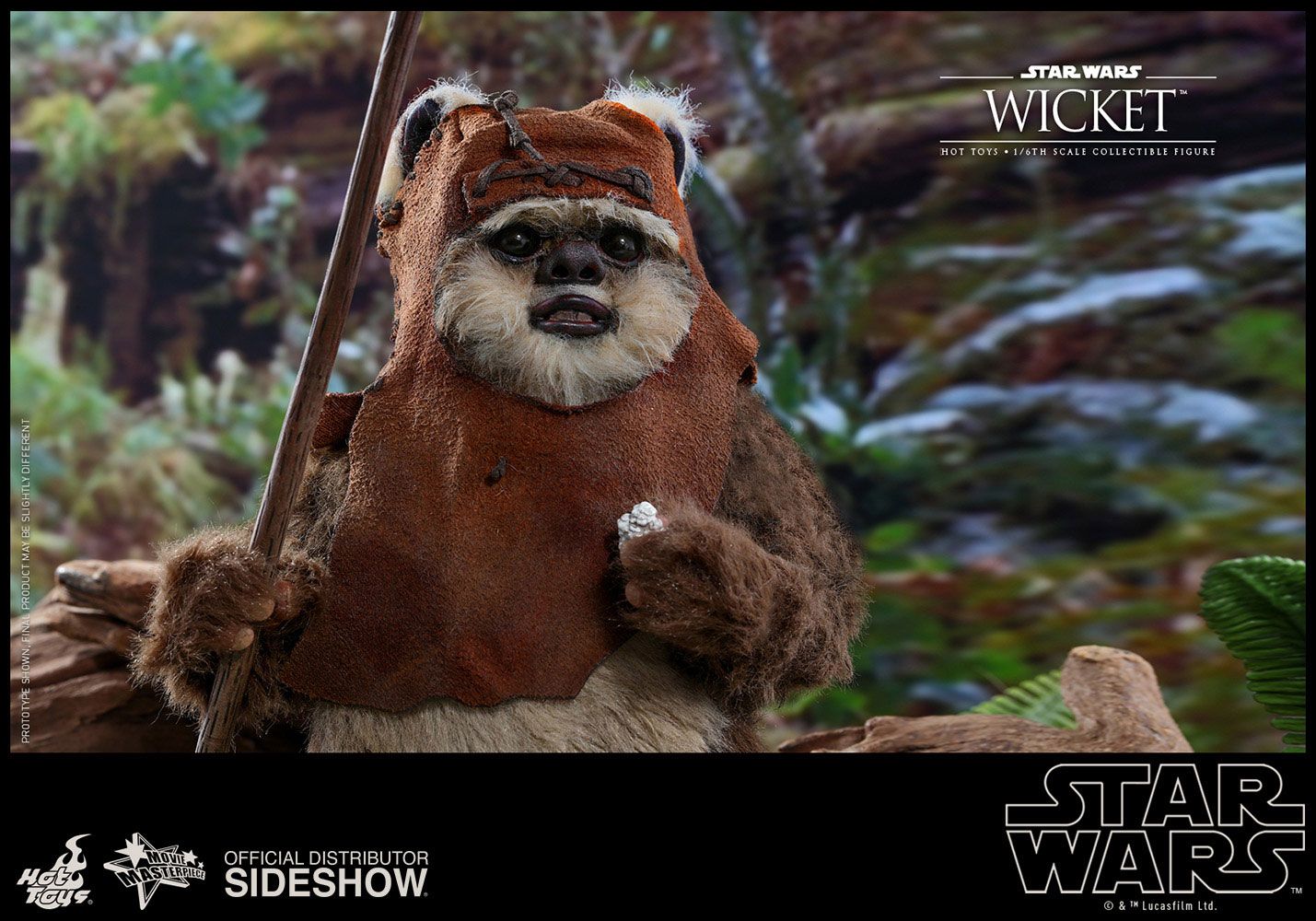 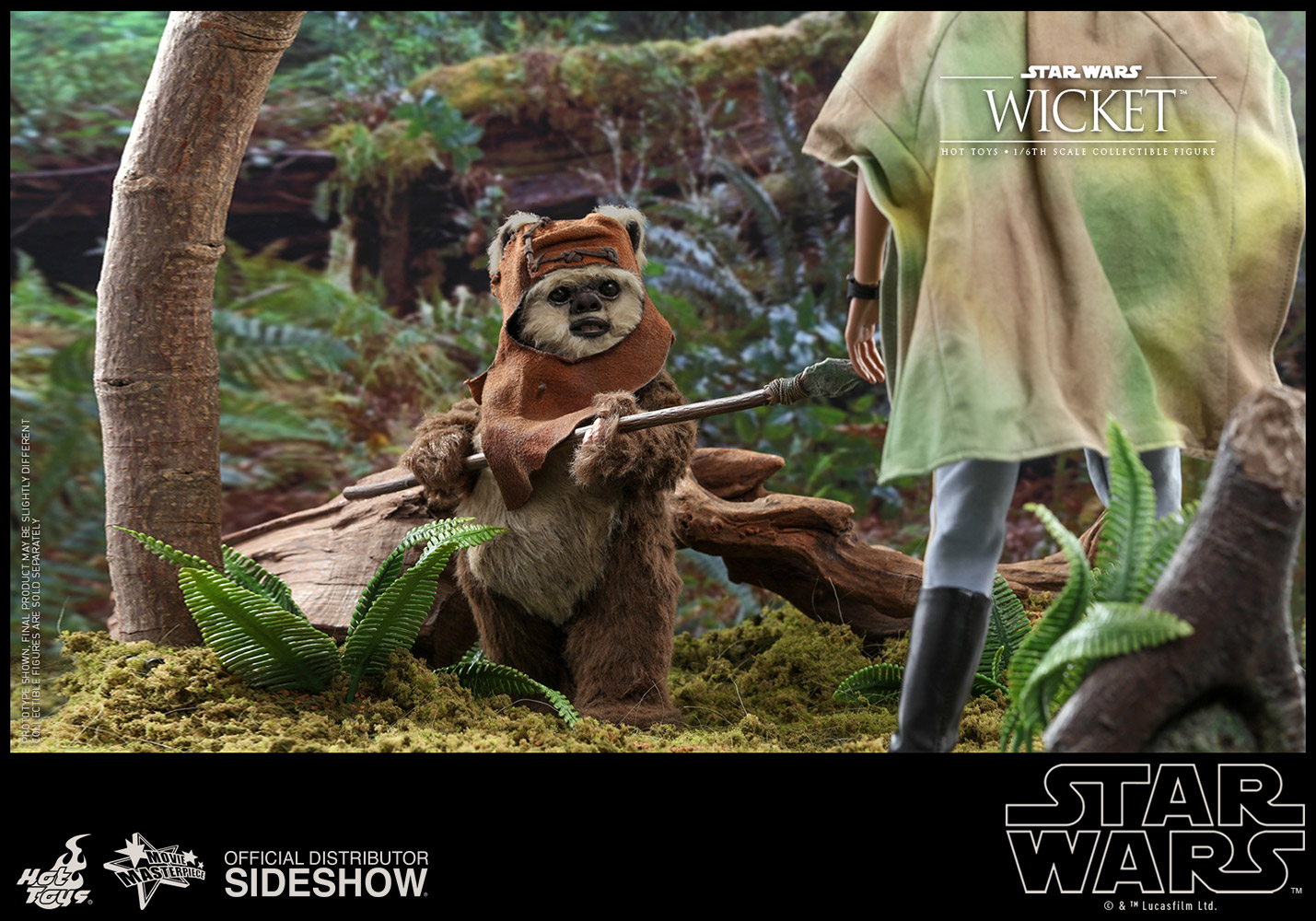 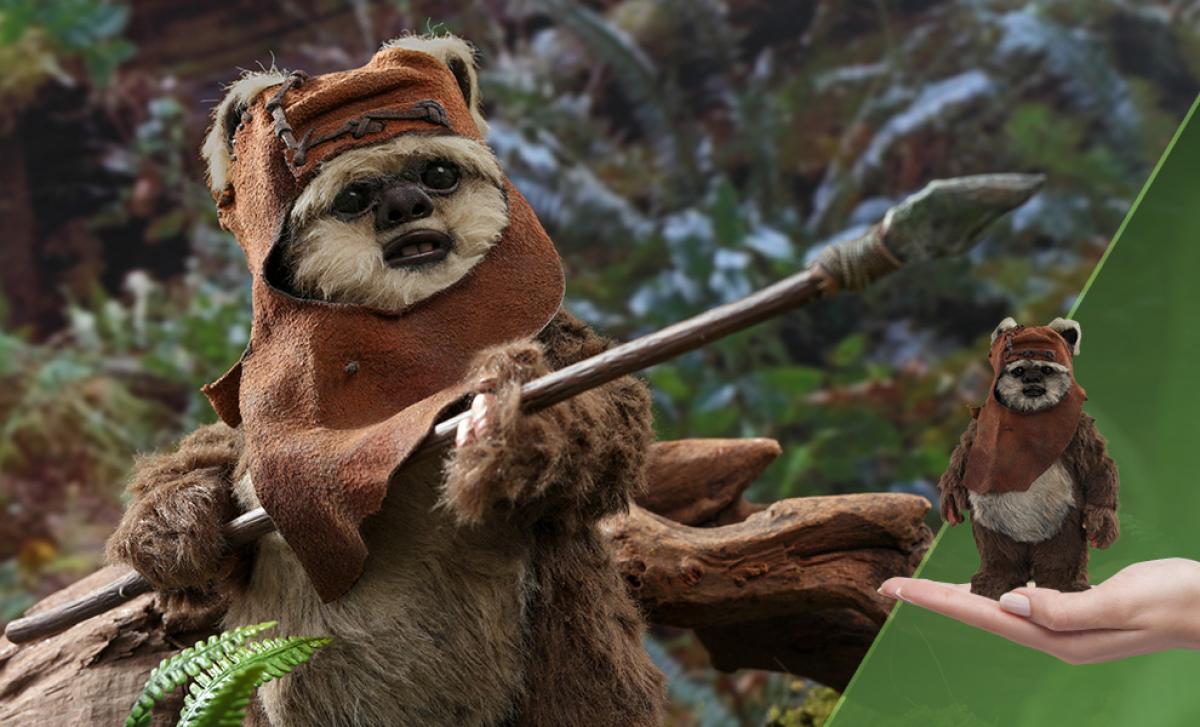 Wicket W. Warrick was the brave young Ewok who willingly joined the Rebellion and aided in the battle against the Empire on the forest moon of Endor. Even before he encountered the Rebels, Wicket had devised methods for defeating the Imperial machines, plans which were implemented after the Ewok befriended Princess Leia and recruited his tribe to the Alliance’s cause. During the Battle of Endor, Wicket fought valiantly alongside his new allies.

This adorable and highly detailed Wicket Collectible figure will surely stand out in your treasured Star Wars collectibles display!