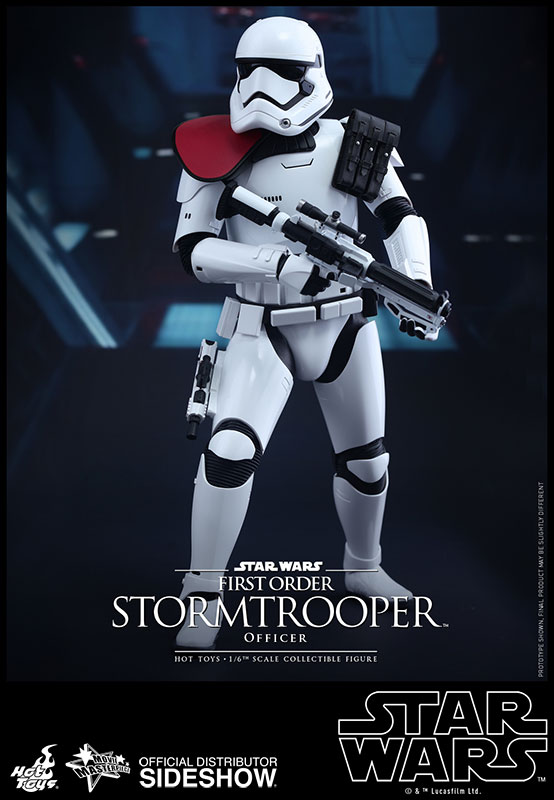 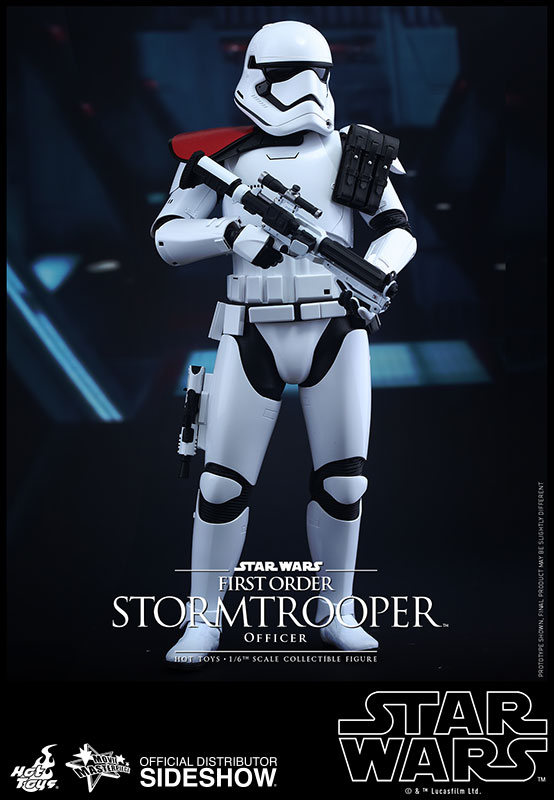 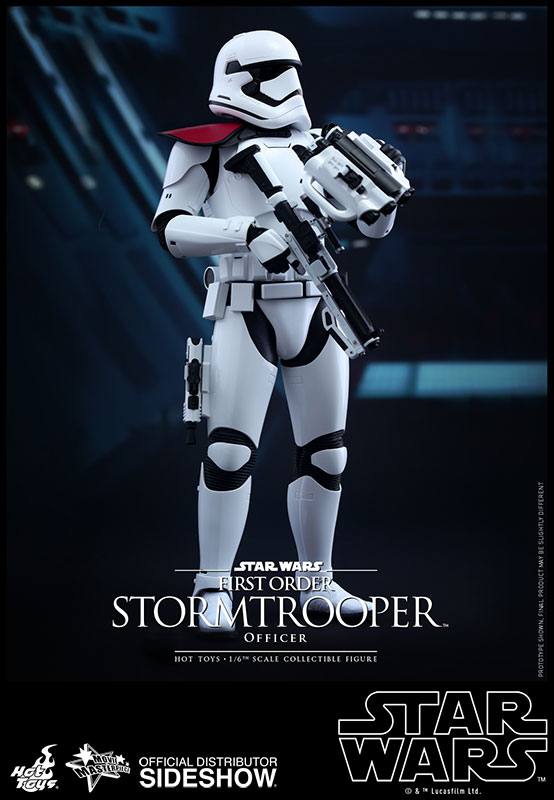 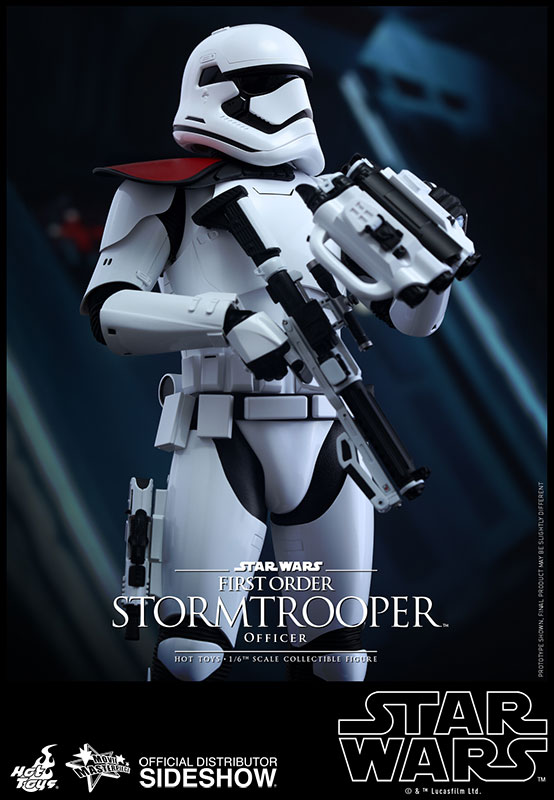 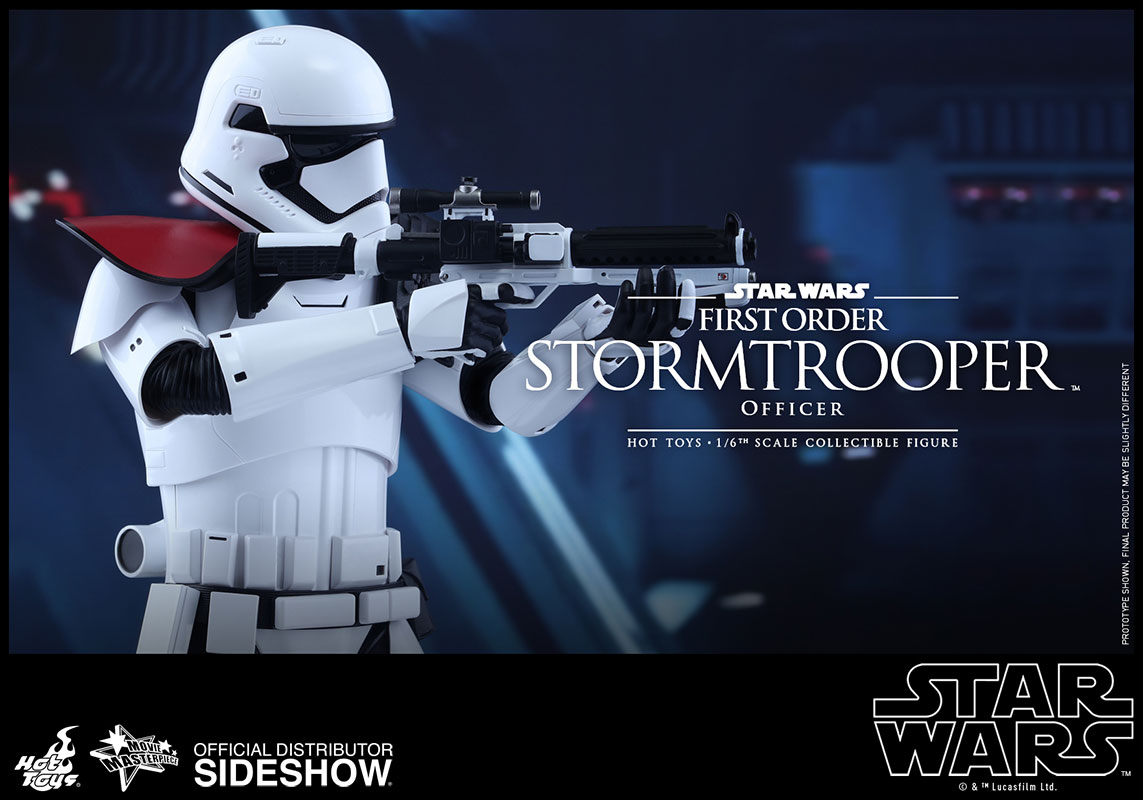 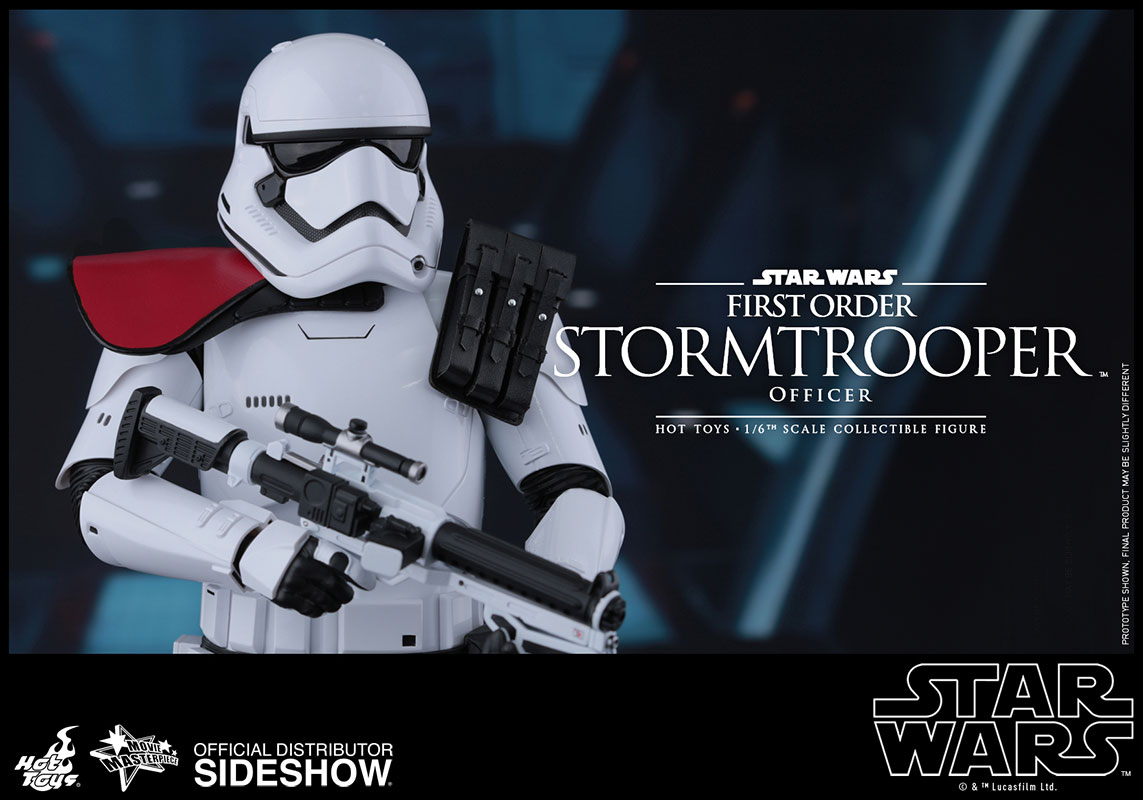 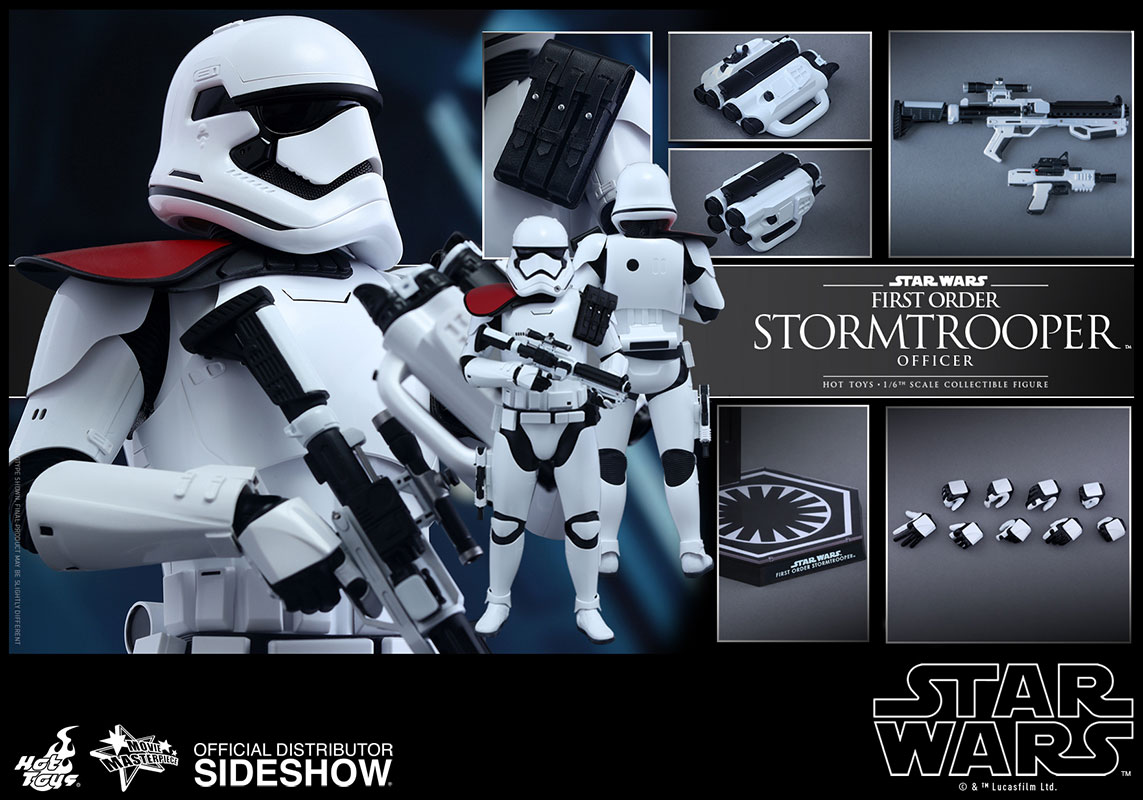 In the exciting highly-anticipated film, Star Wars: The Force Awakens, the First Order has enlisted Stormtroopers equipped with sleek armor and powerful weapons to enforce its will across the galaxy.

The highly-accurate collectible figure is specially crafted based on the image of the First Order Stormtrooper Officer in Star Wars: The Force Awakens and features the sleekly designed Stormtrooper armor and helmet, the red pauldron that indicates the rank of officer and highly detailed blaster rifle with extended stock, a blaster pistol, and a hexagonal figure stand with the First Order’s emblem!