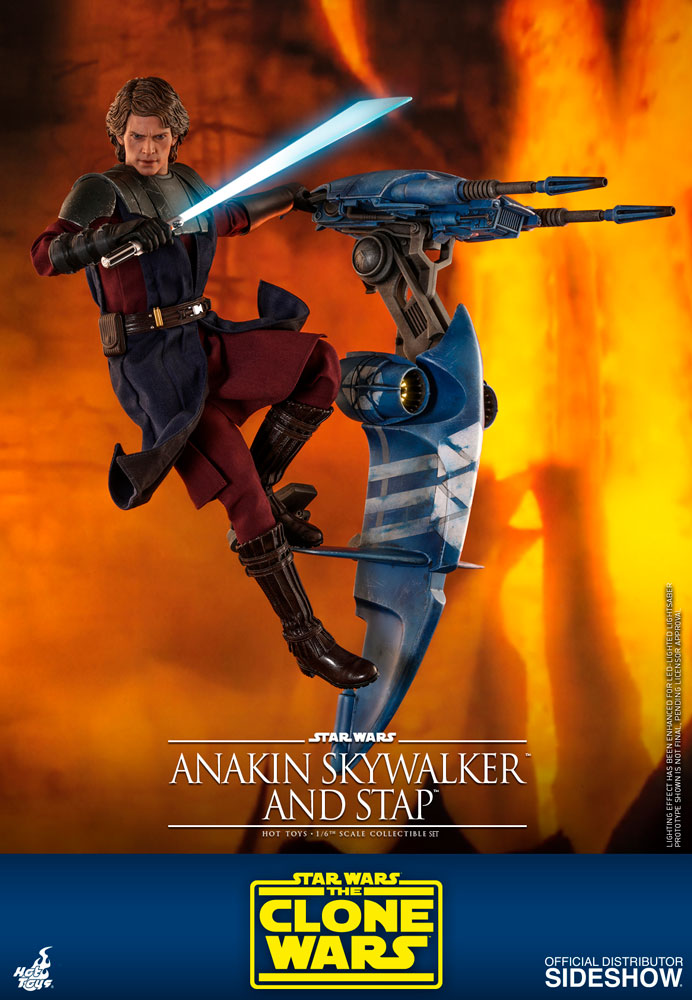 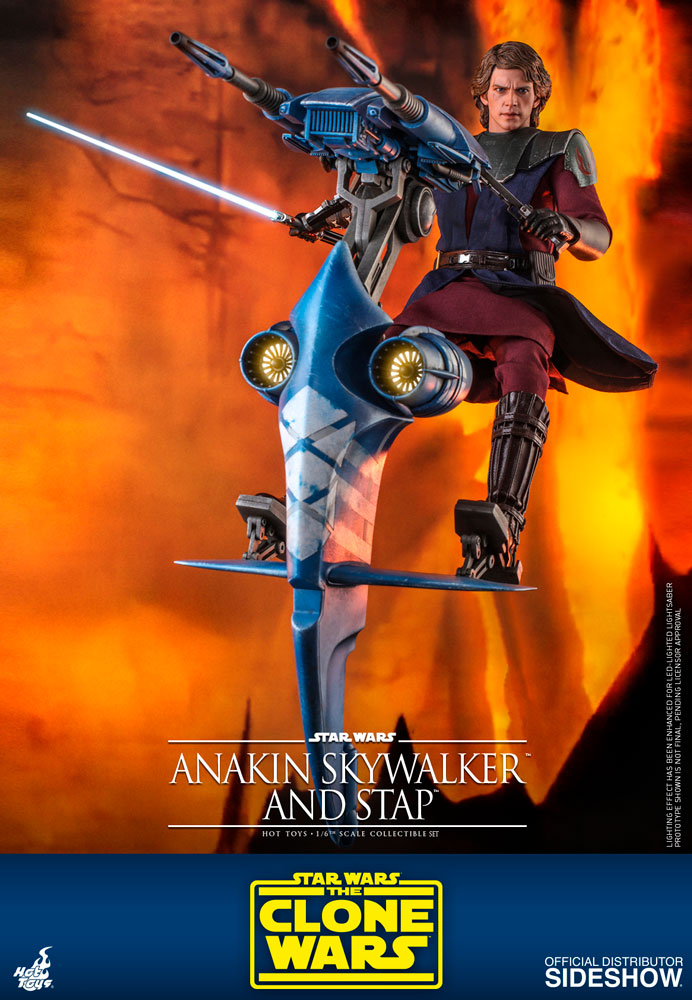 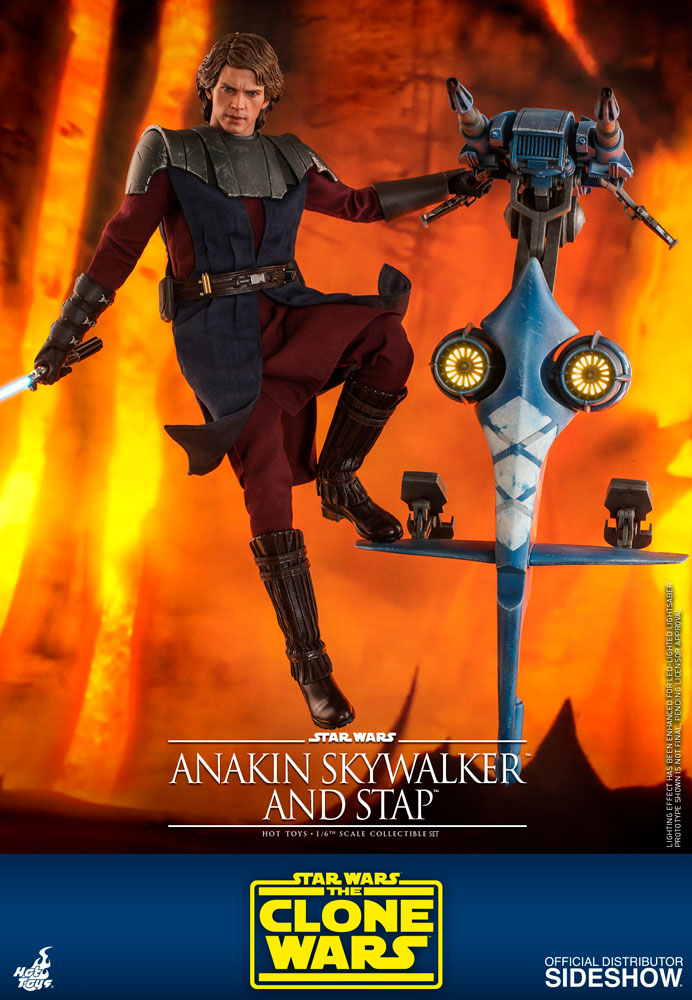 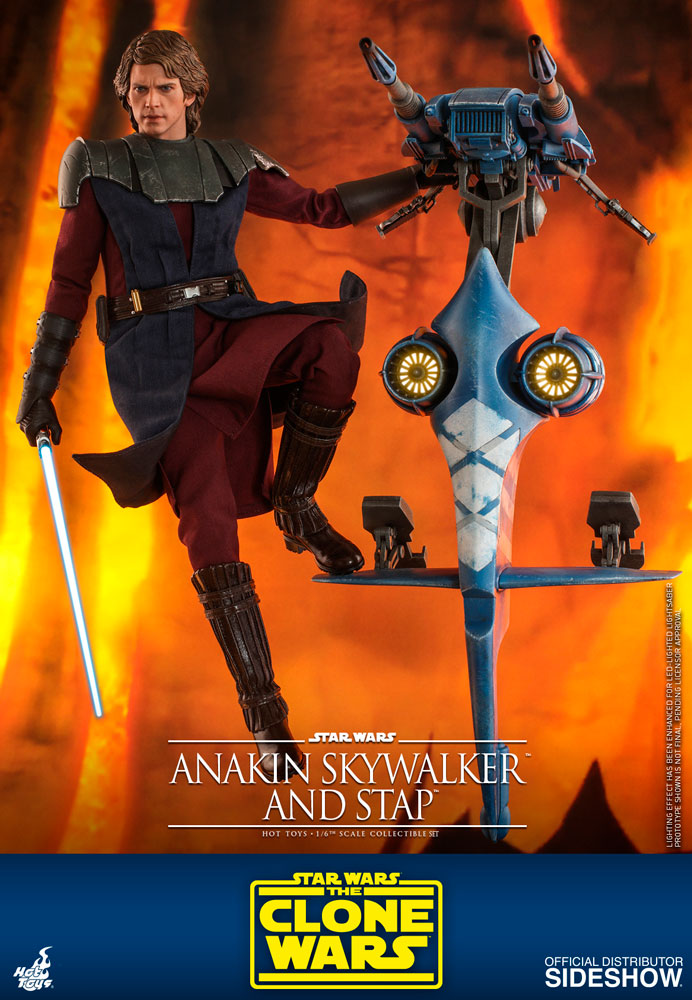 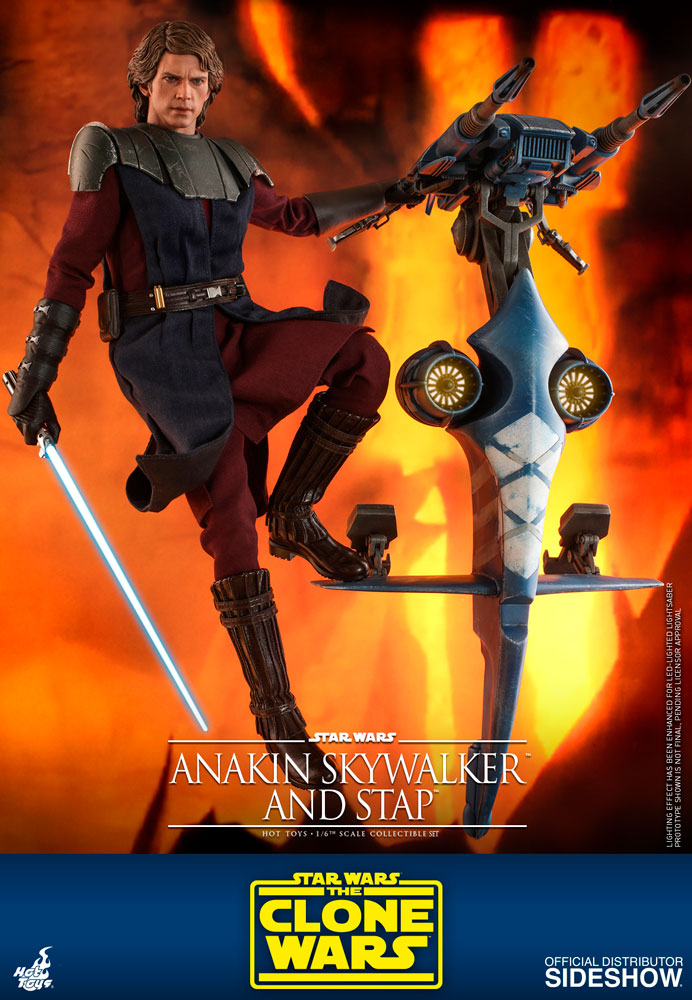 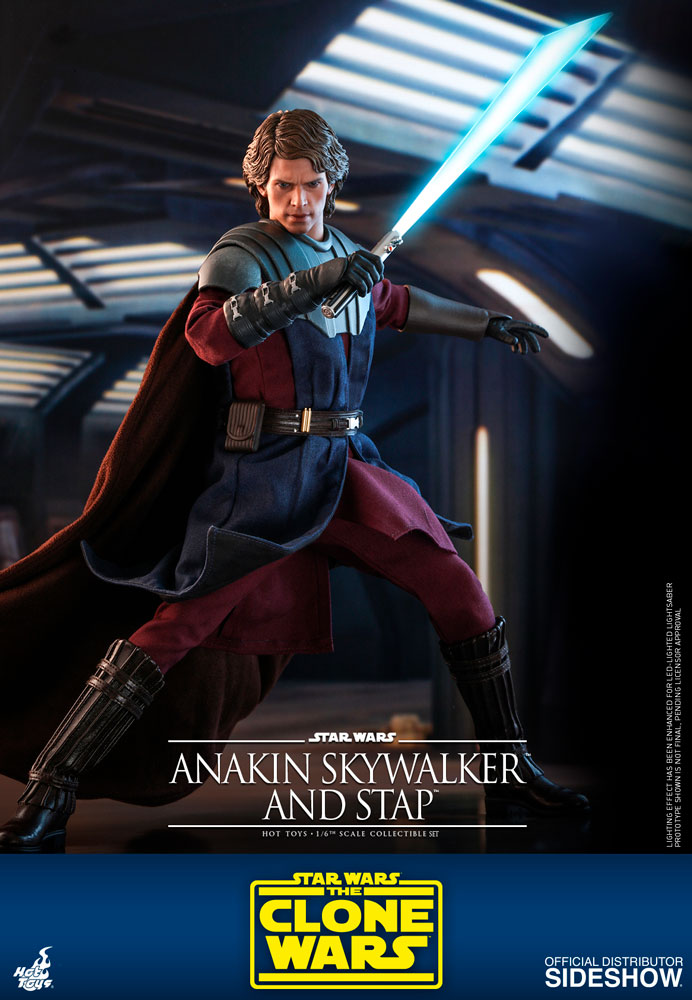 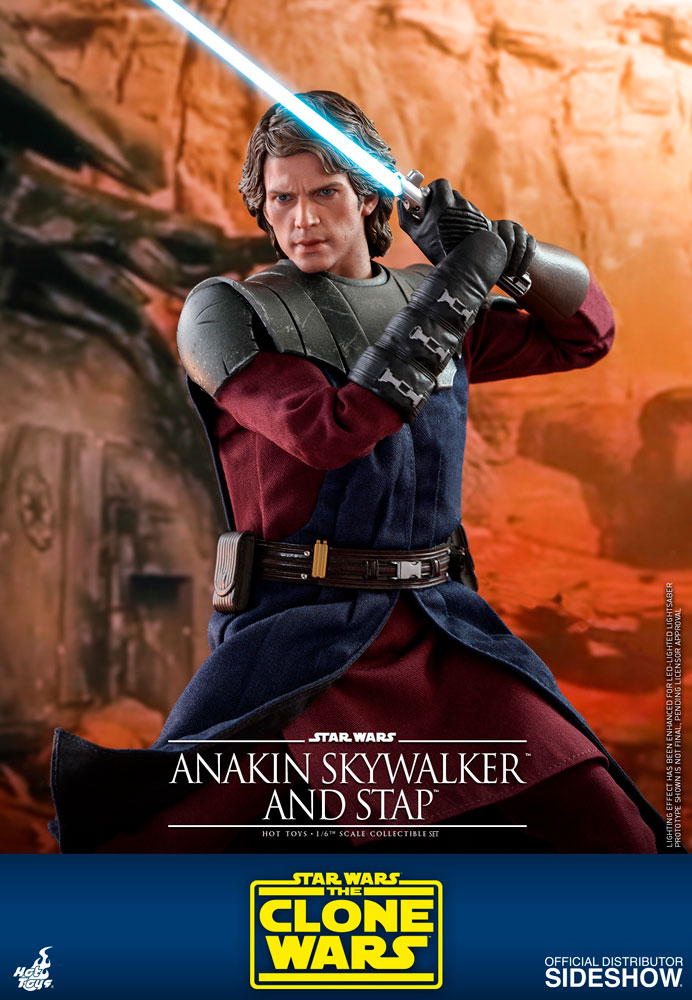 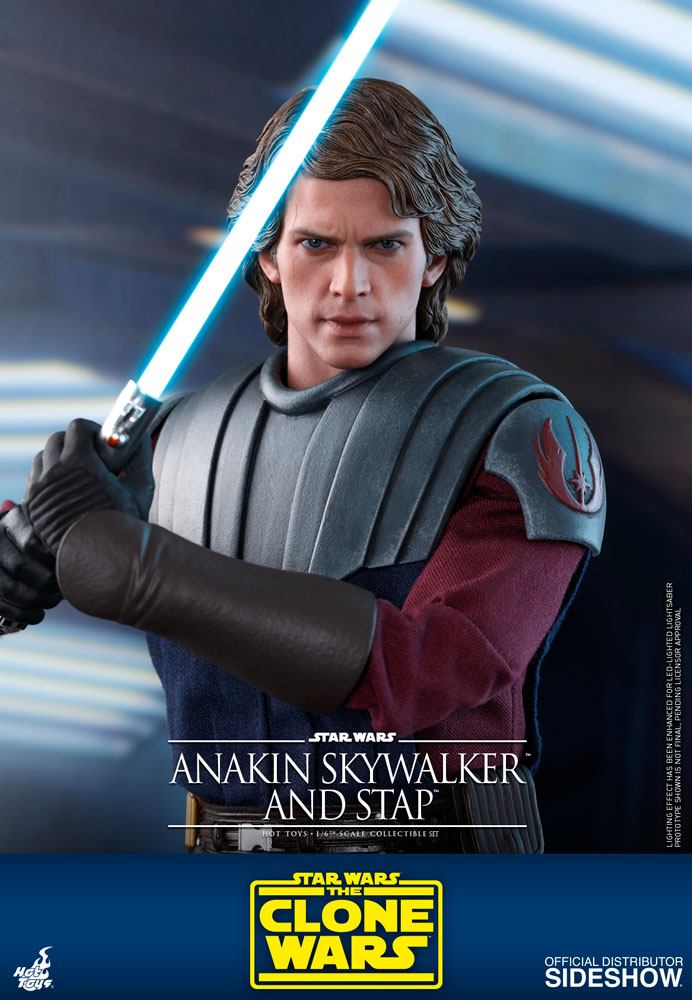 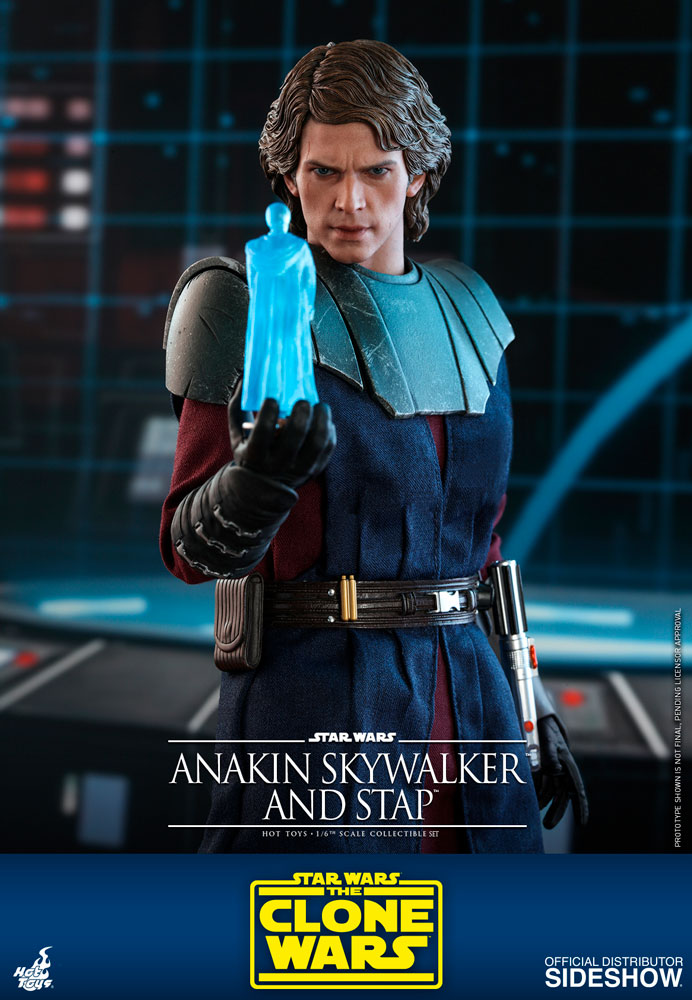 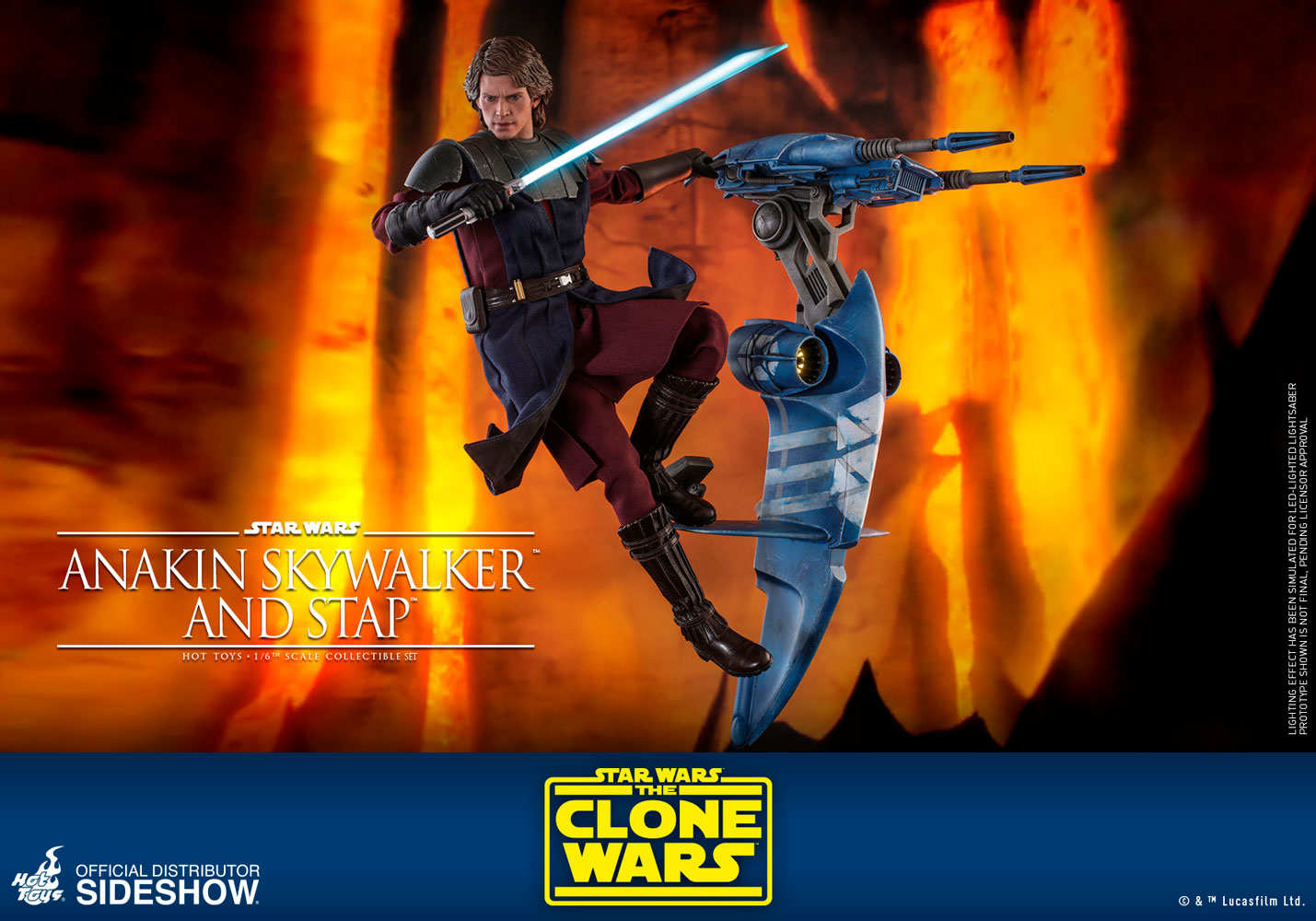 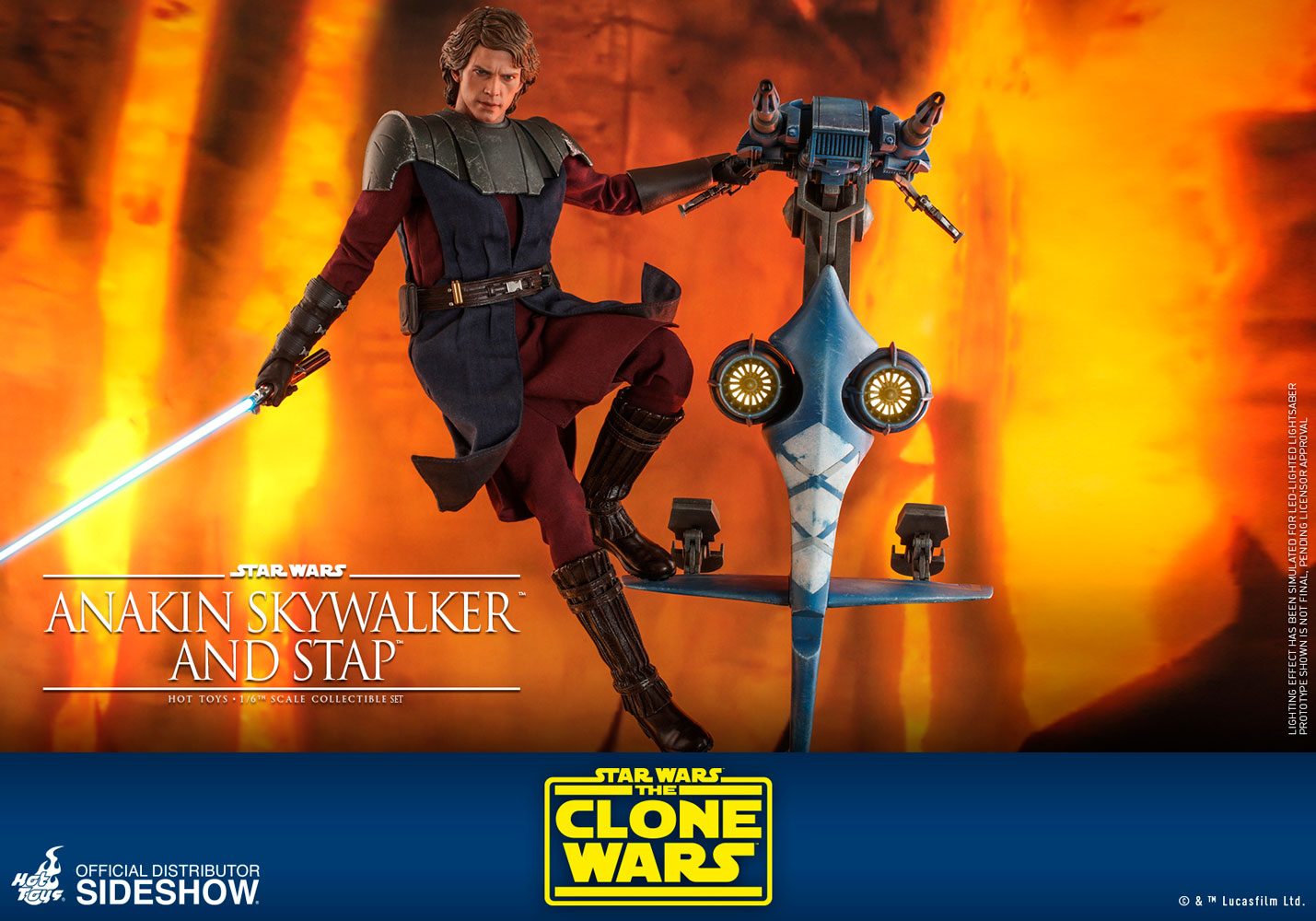 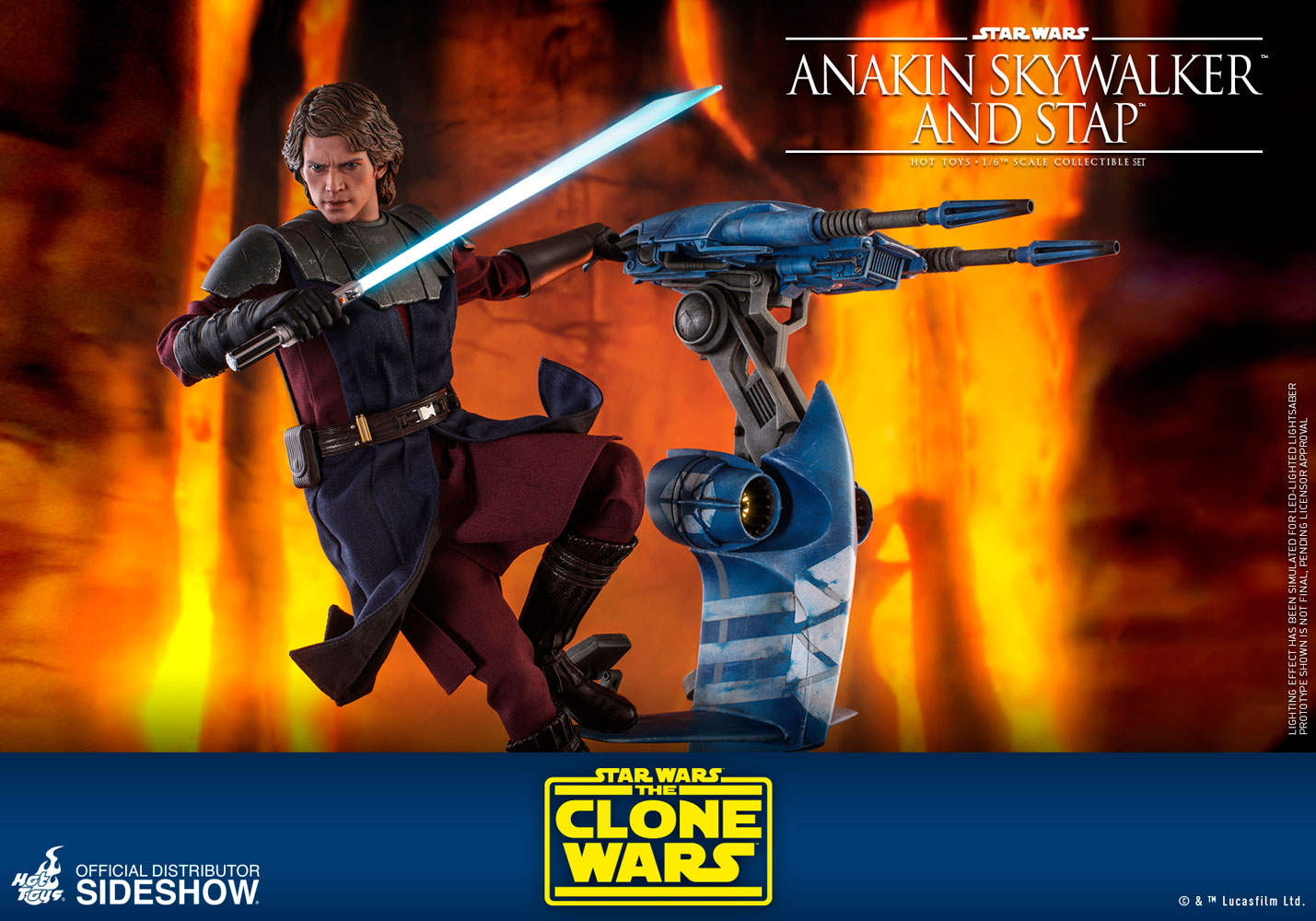 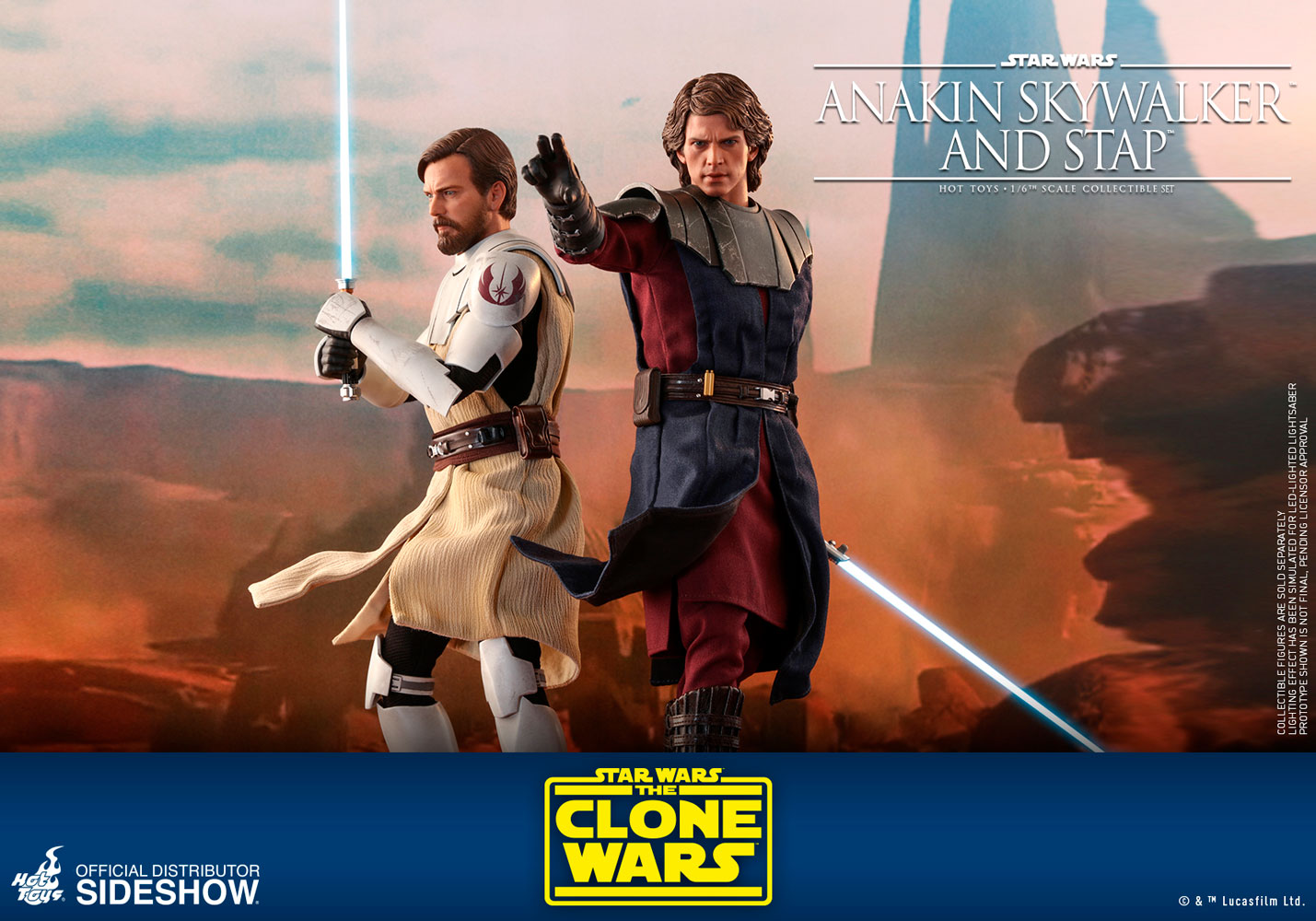 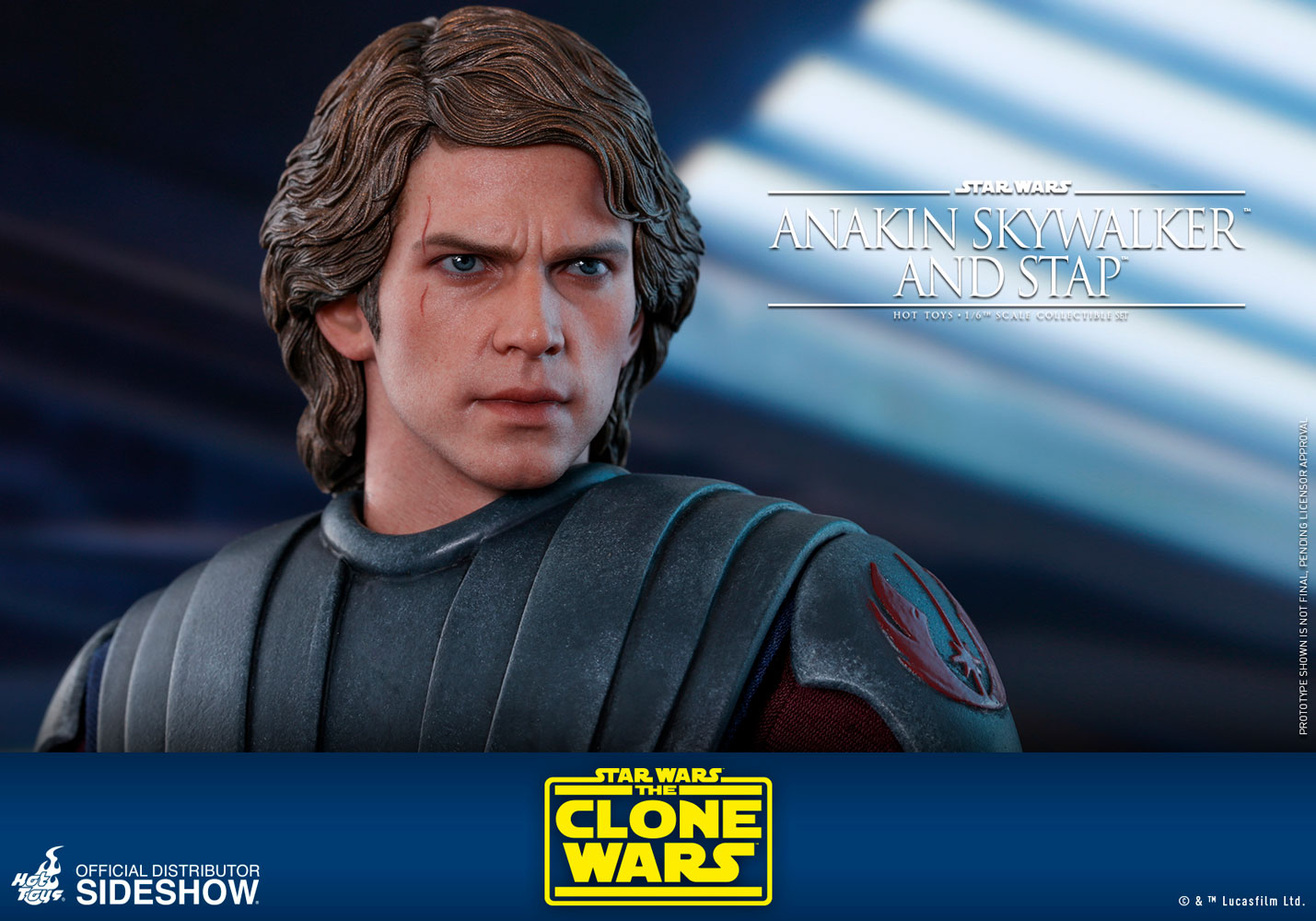 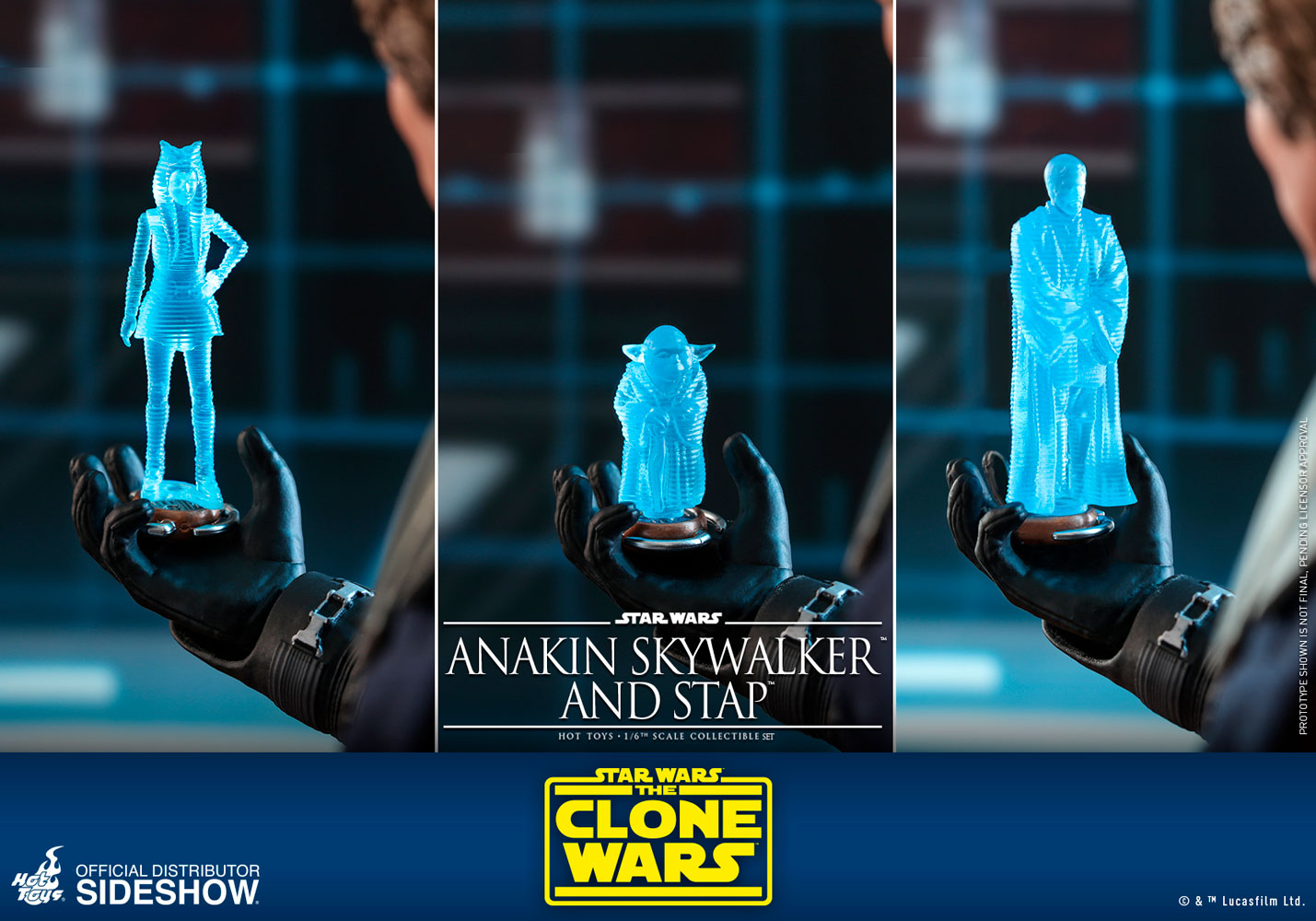 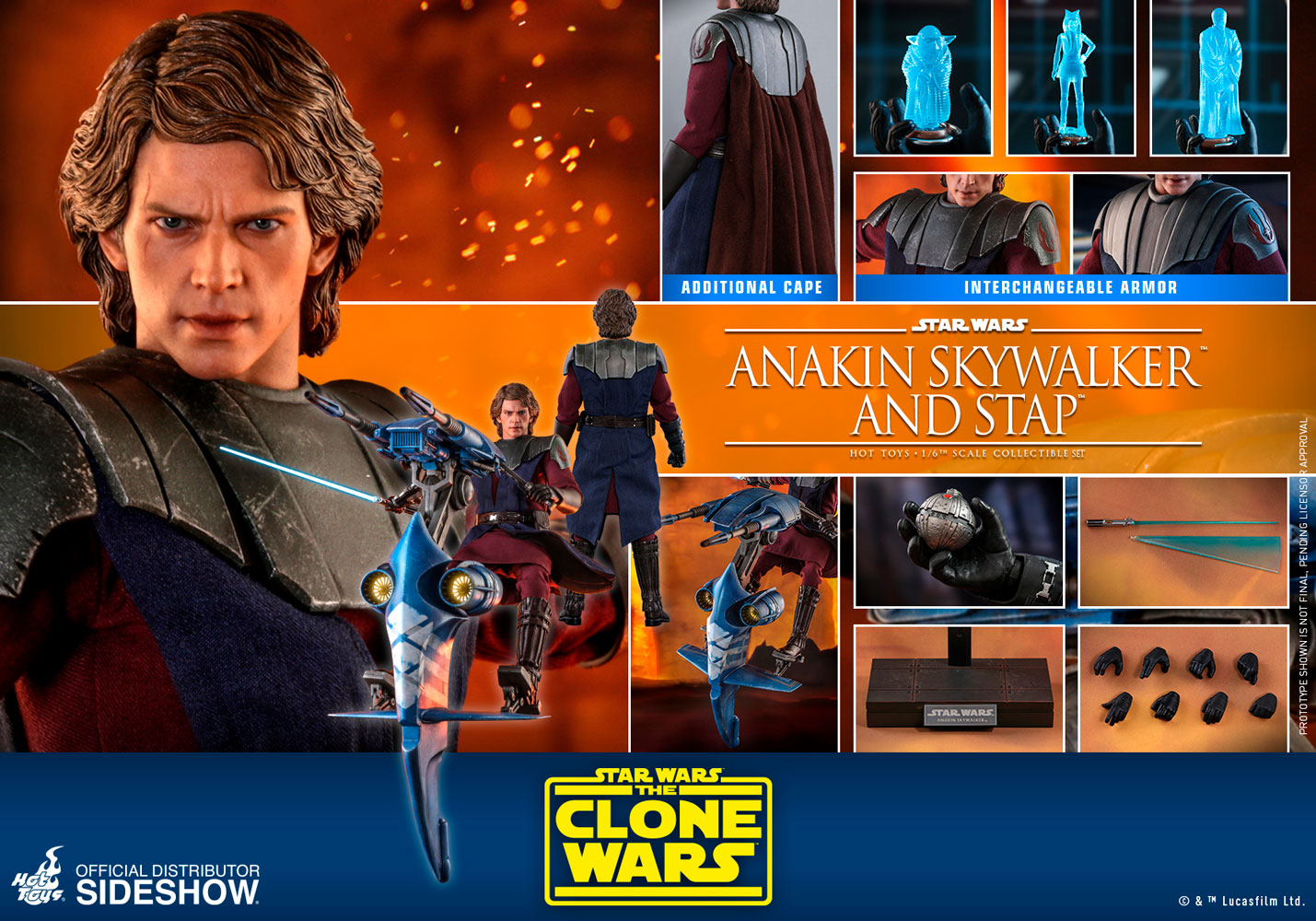 During the assault of B’omarr™ Monastery, Anakin Skywalker™ begins the difficult ascent up the sheer cliff with battle droids firing down on him, and droid-piloted STAP™’s racing into combat, laser cannons blasting. Casualties are mounting, so Anakin makes a daring move. He leaps into the air to take command of a STAP and disposes of battle droids with his lightsaber, clearing a path to the summit.

The highly-detailed collectible figure is specially crafted based on the debut appearance of Anakin Skywalker in Star Wars: The Clone Wars animation series, featuring a skillfully crafted head sculpt, meticulously tailored costume and a set of beautifully designed armor guards for alternative styles. His signature LED light-up lightsaber, a number of interchangeable hands, a thermal detonator, a hologram projector, and several hologram figures representing Ahsoka Tano™, Yoda™, and Obi-Wan Kenobi™ round out the set so you can take on the droid armies.

A Special Edition available in select markets will include a grey colored poncho with weathering effects as a bonus item exclusively for collectors.

Don’t pass up on the chance to add the new Anakin Skywalker and STAP collectible set to your Star Wars collection.