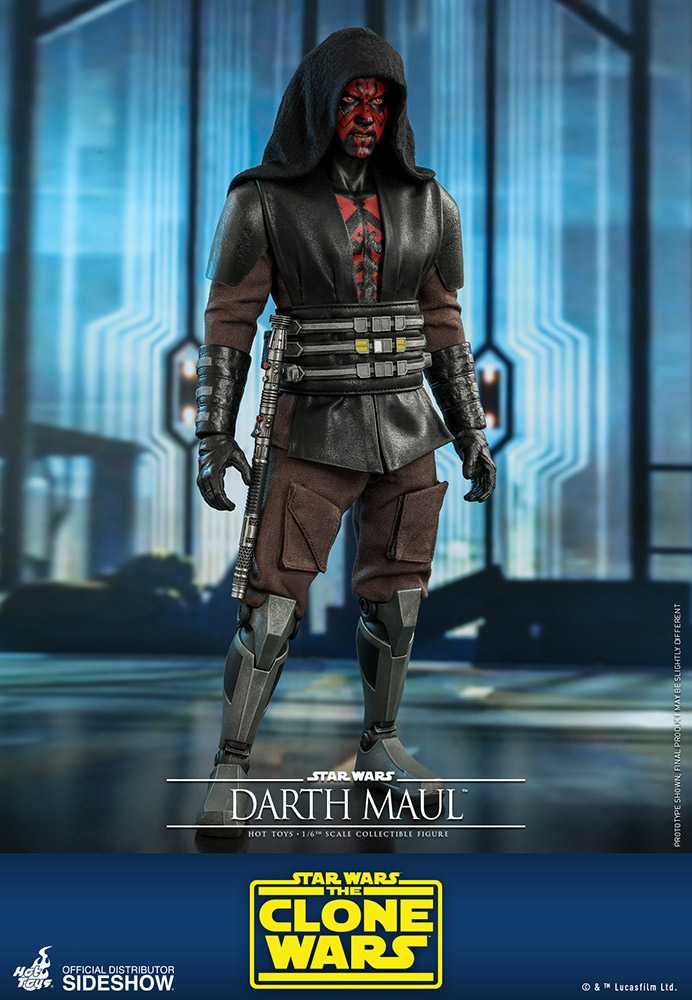 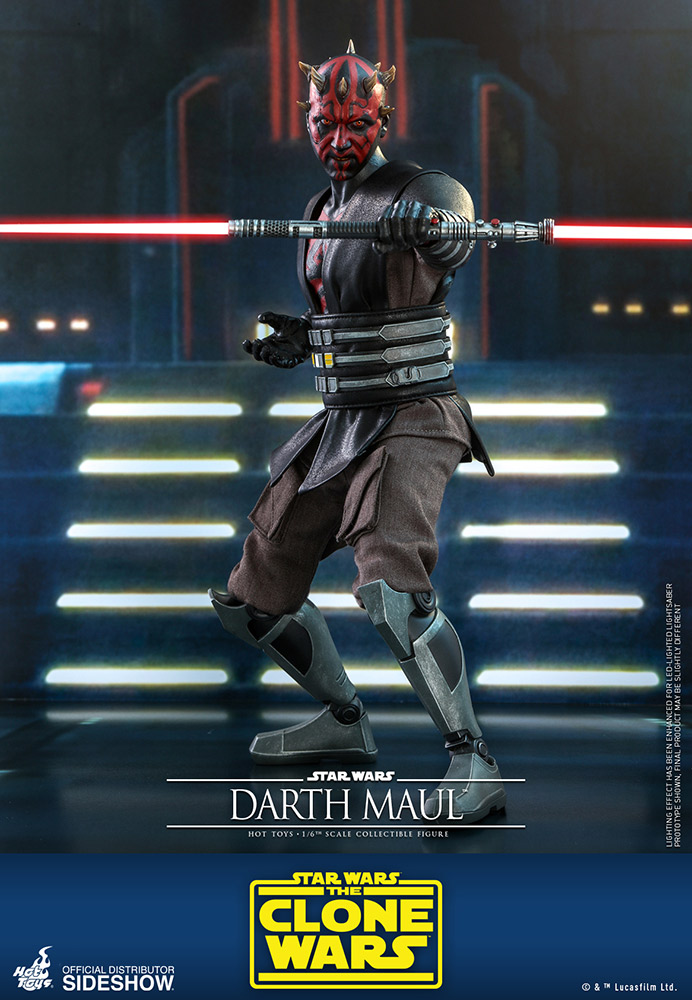 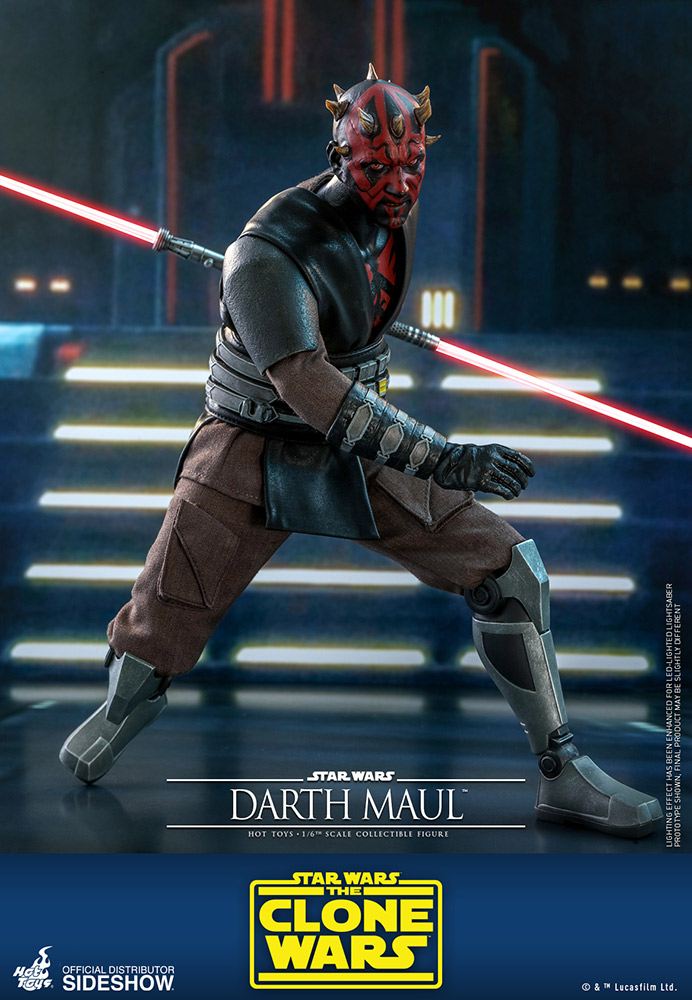 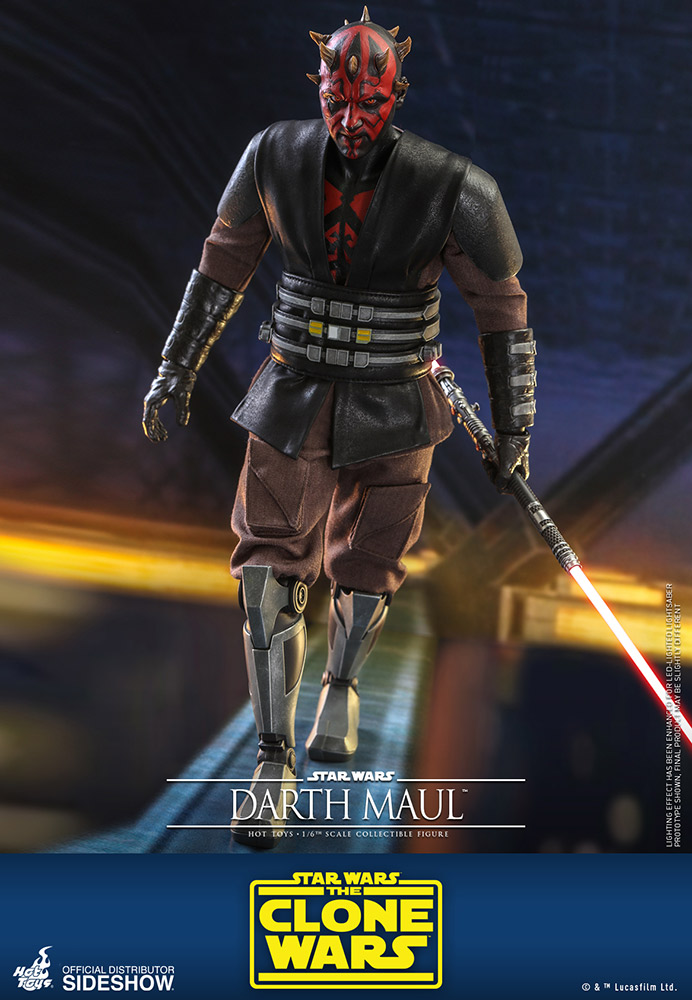 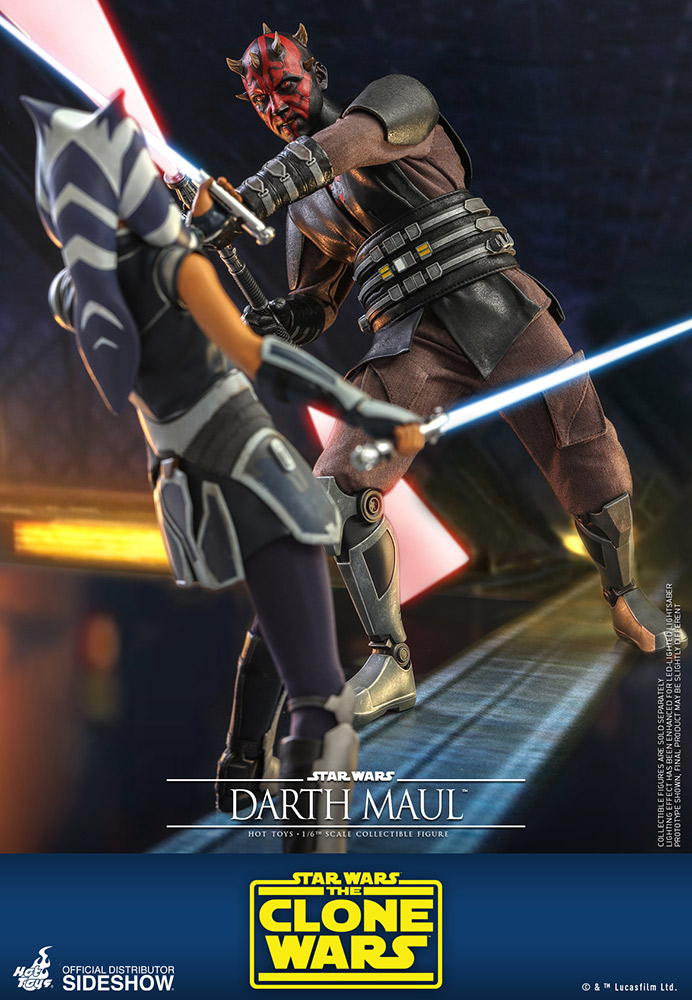 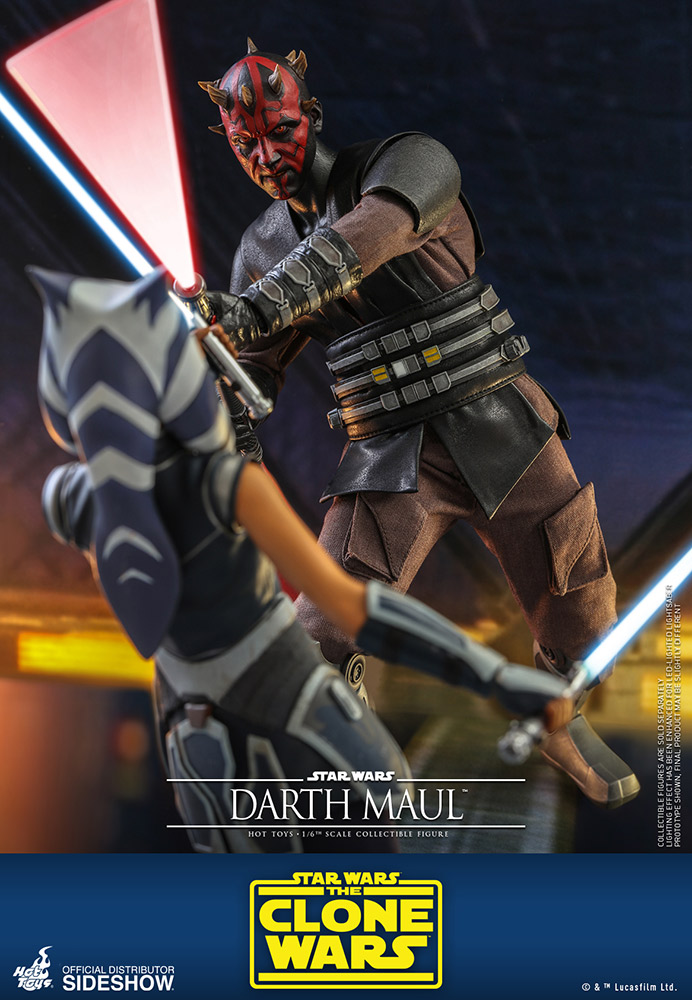 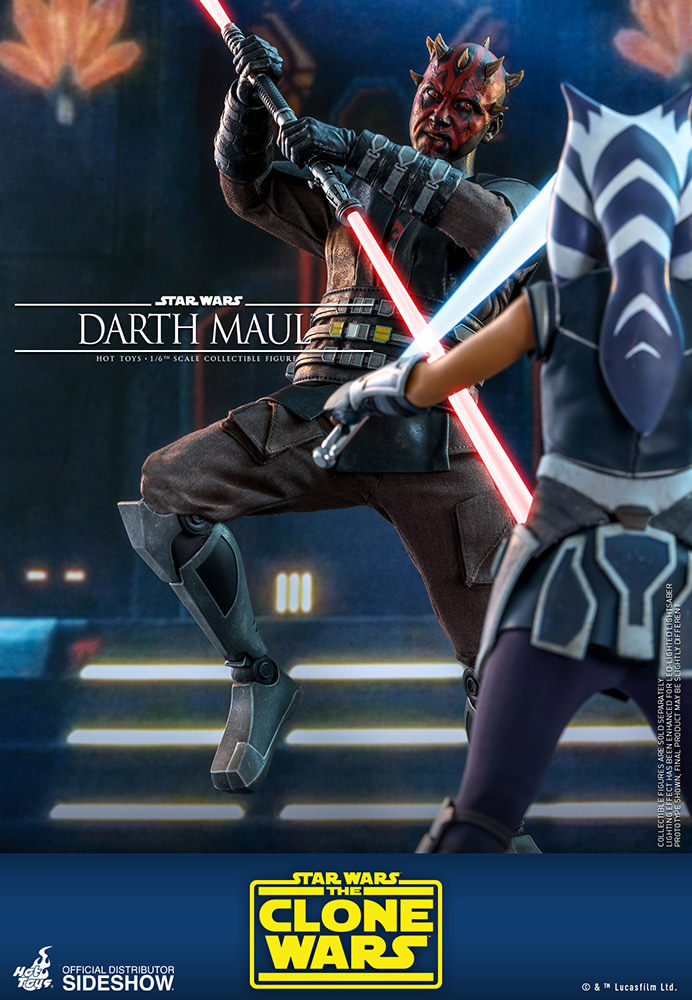 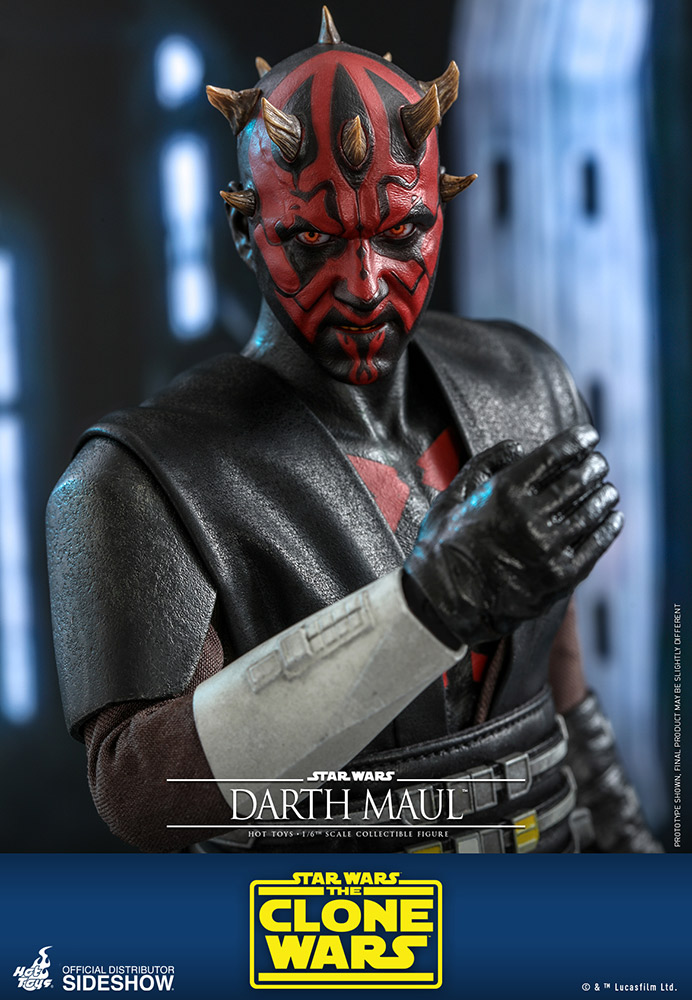 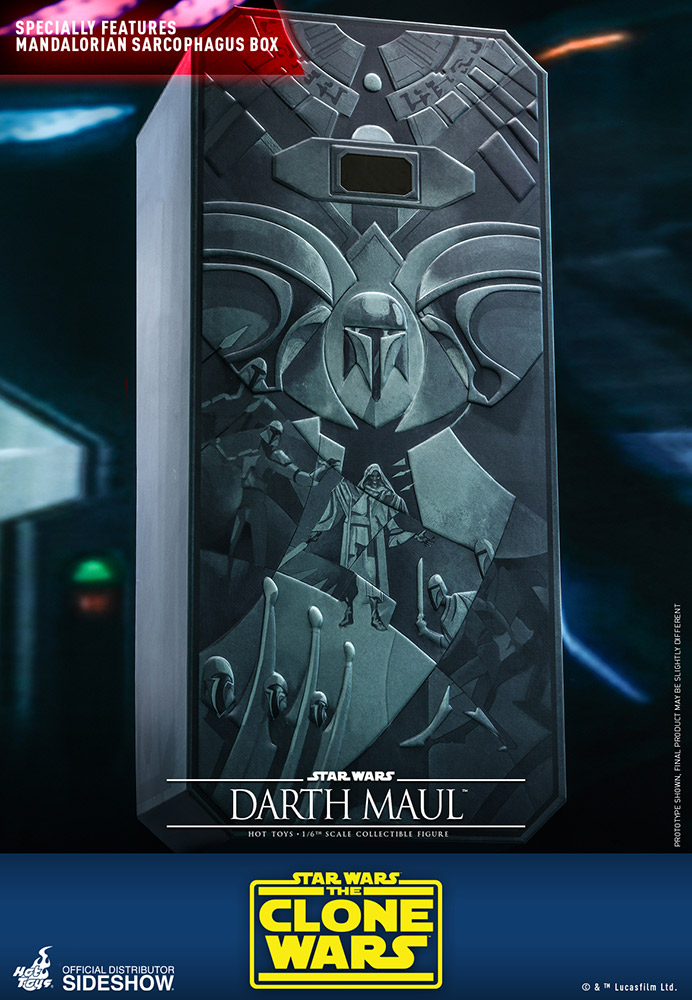 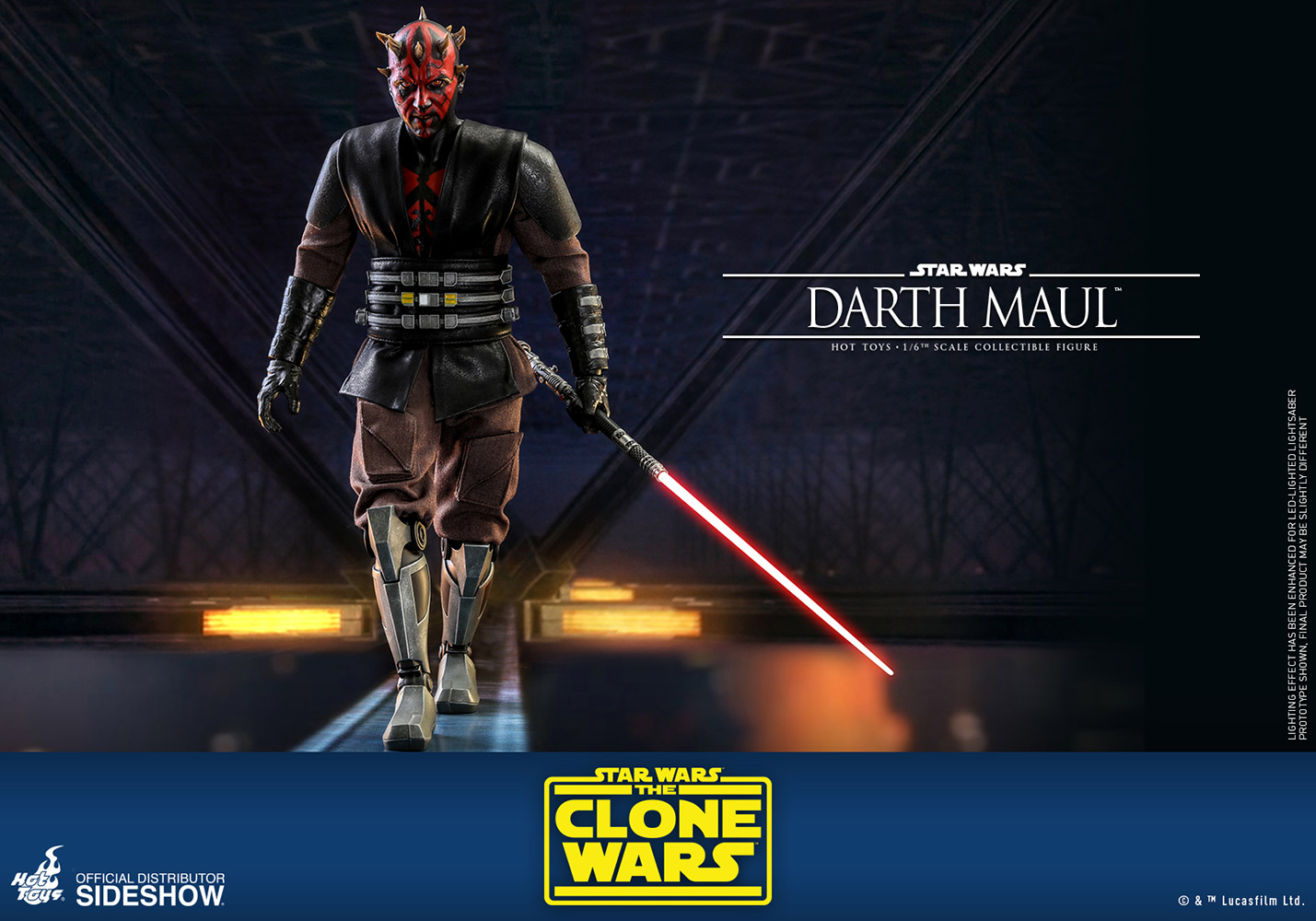 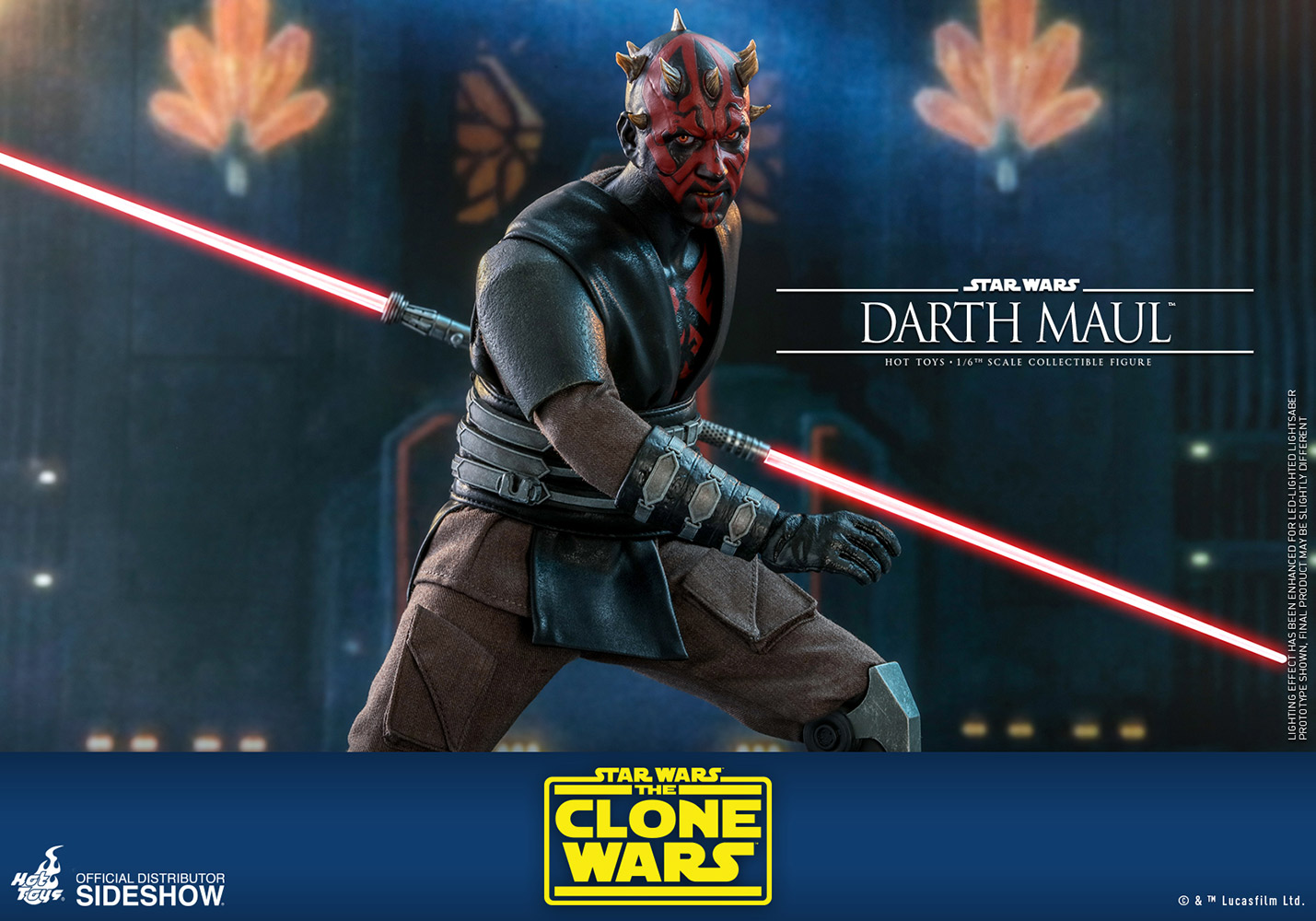 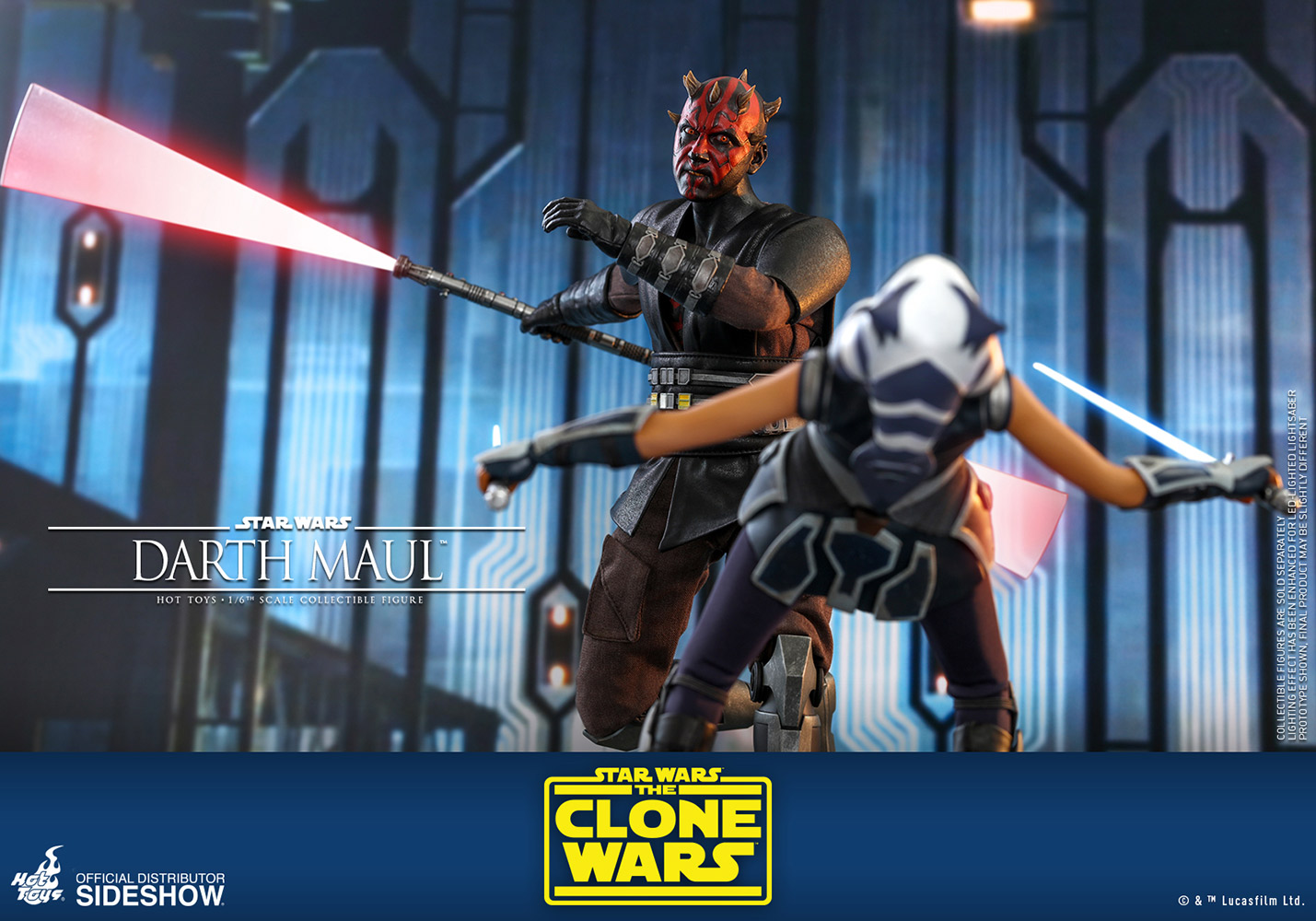 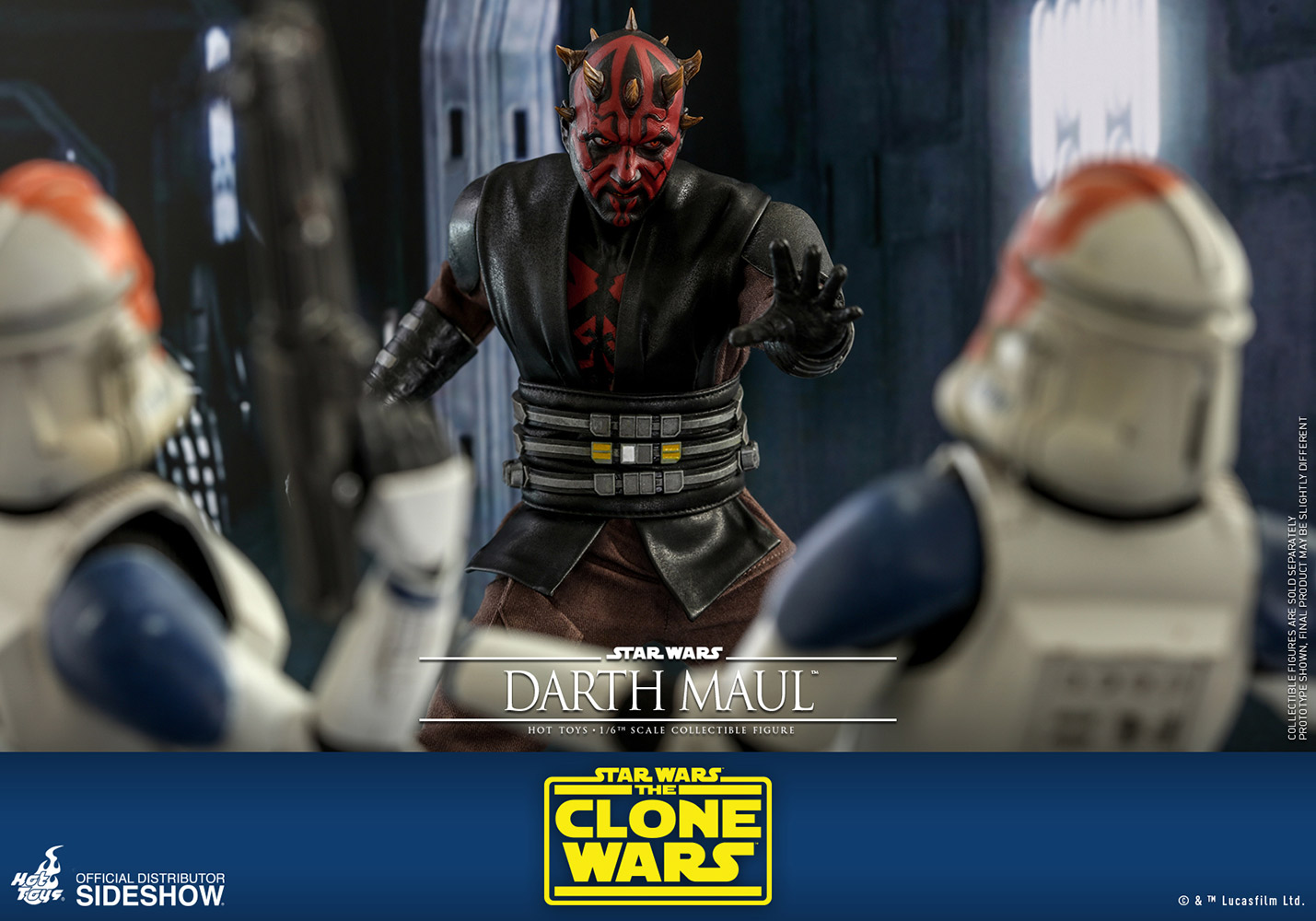 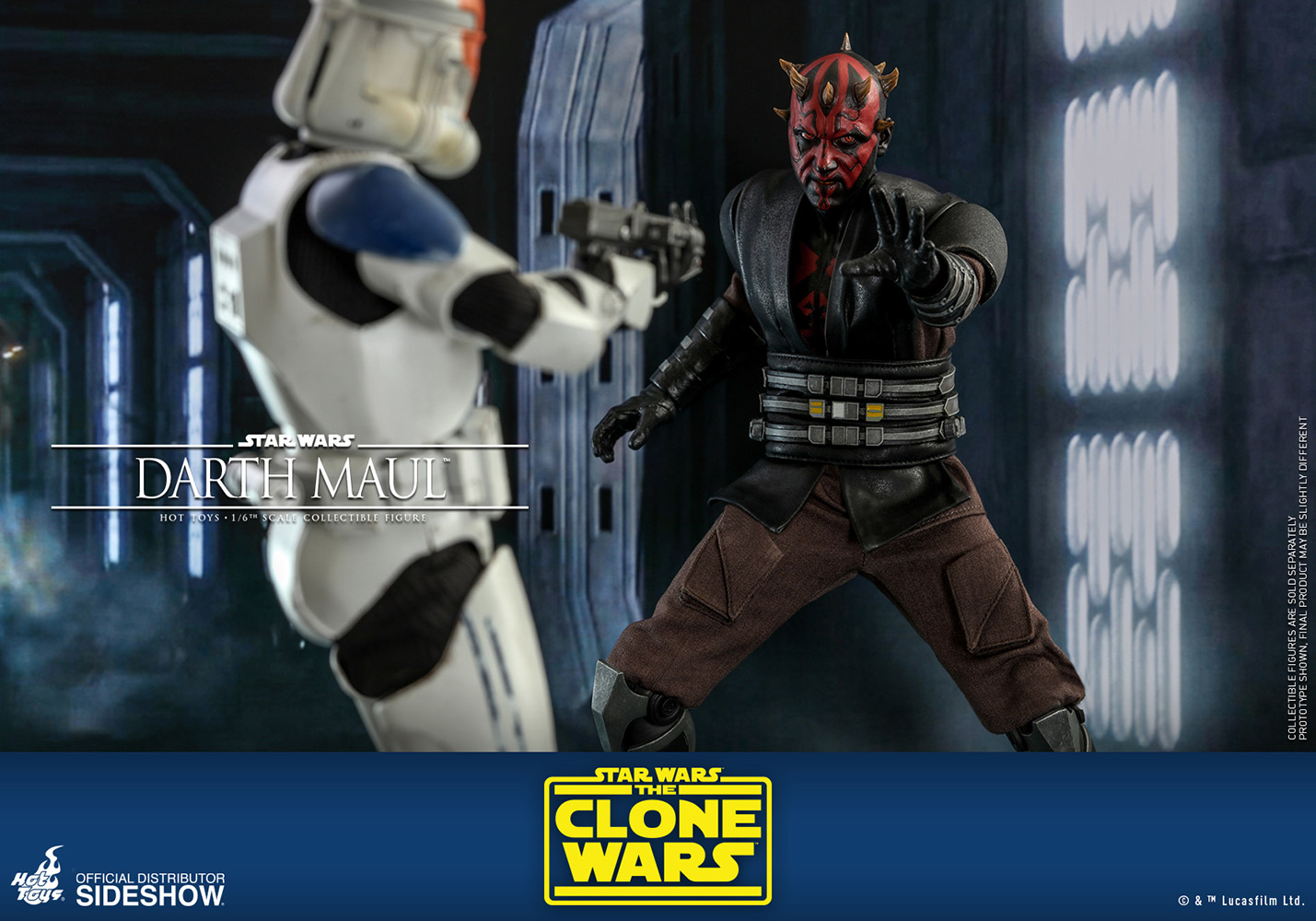 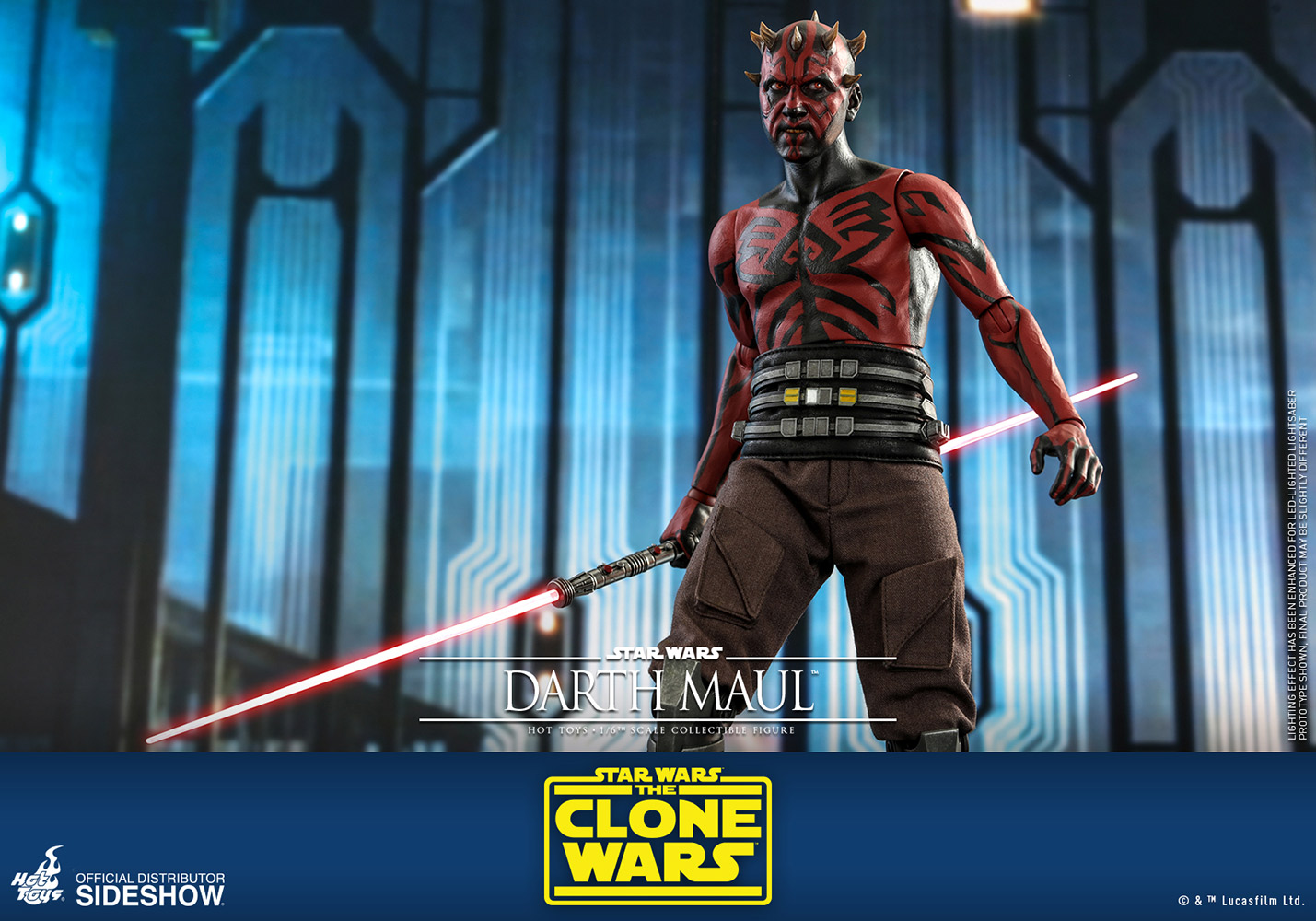 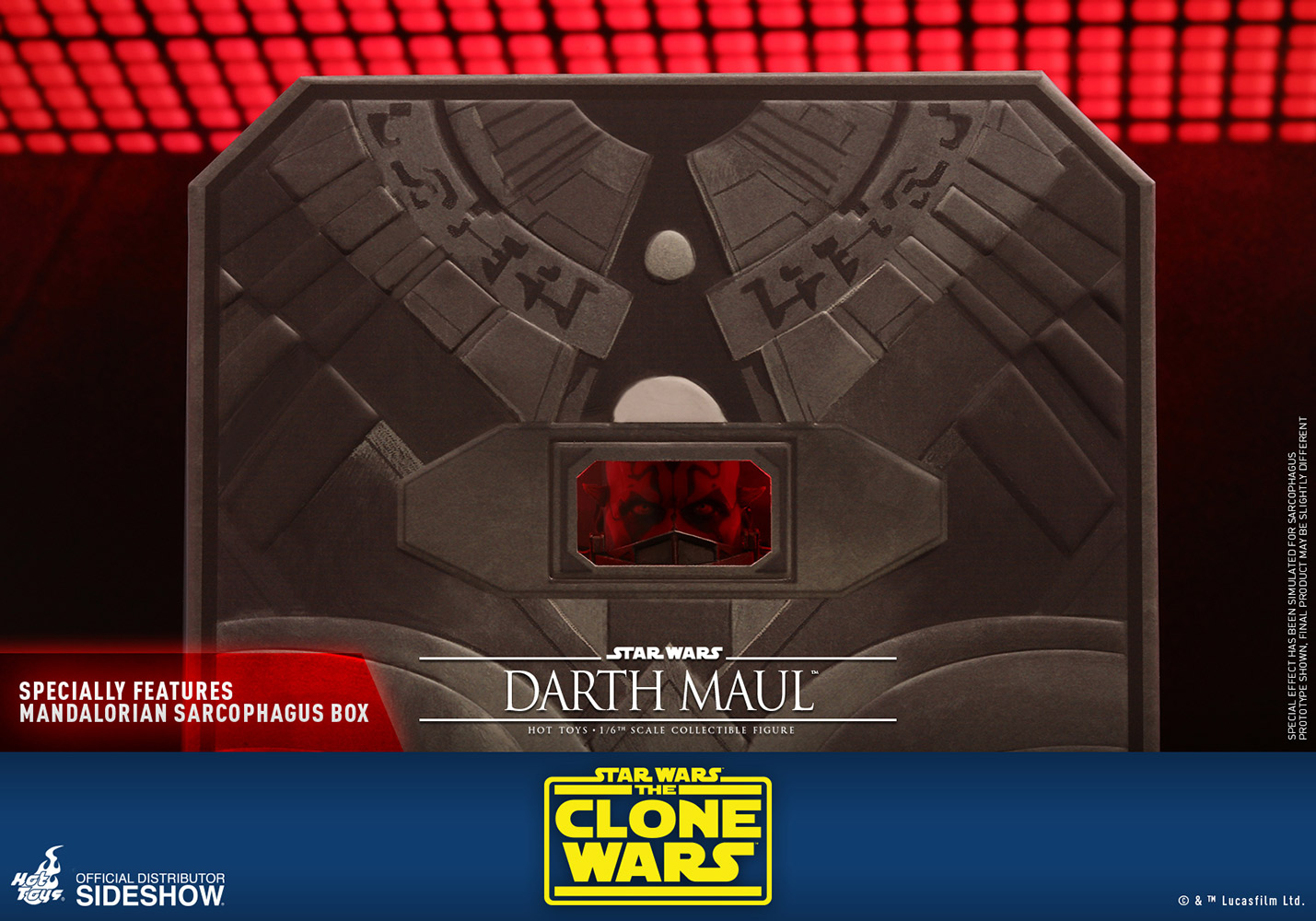 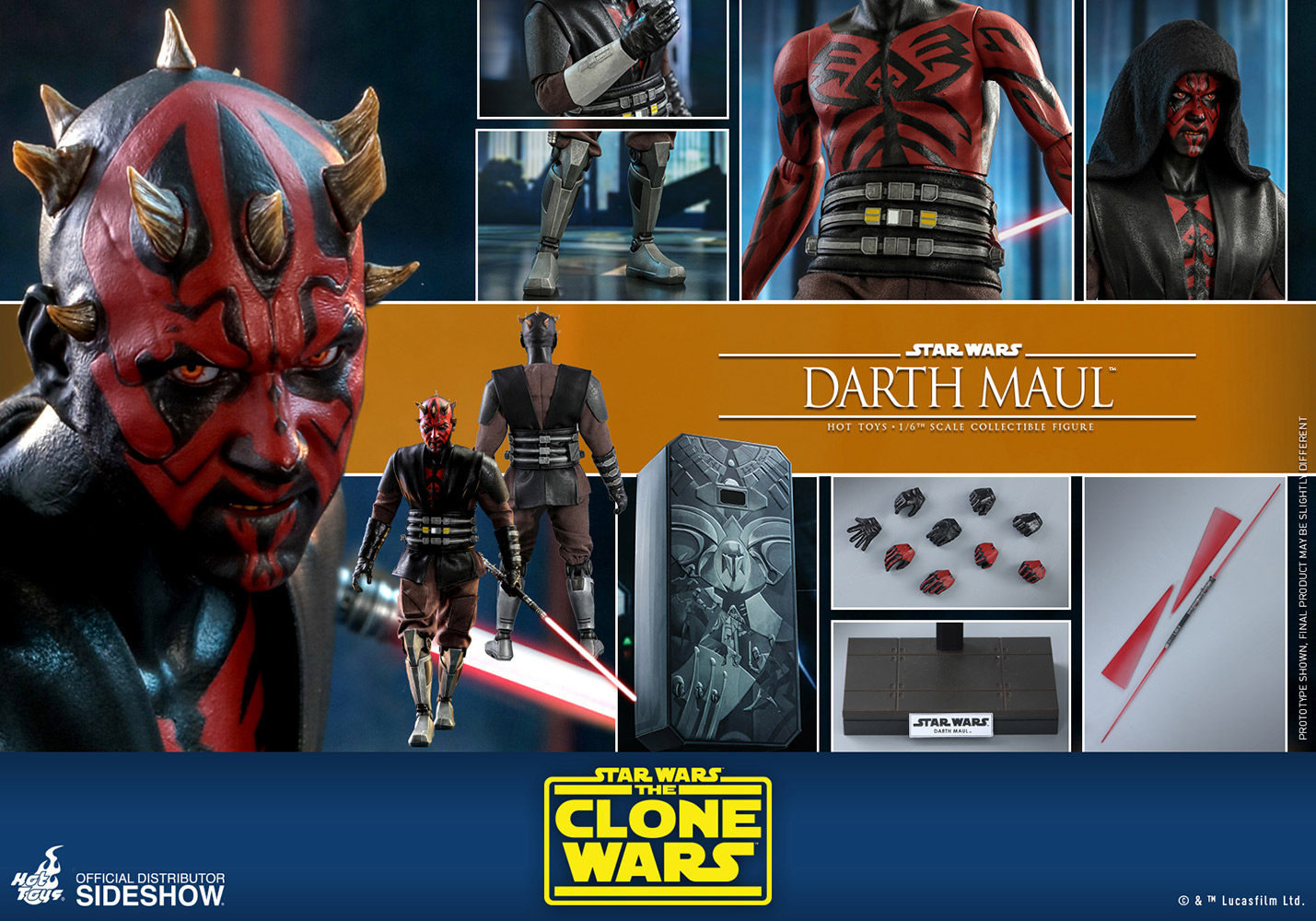 In the climactic final season of Star Wars: The Clone Wars, Darth Maul orchestrated the siege of Mandalore™ as a means to draw Anakin Skywalker™ and Obi-Wan Kenobi™ to him with plans to kill Skywalker and deprive Darth Sidious™ of his new apprentice. When he was greeted by Ahsoka Tano™ instead, he made the most of the situation by offering to form an alliance, two outcast apprentices joining forces to put a stop to the creeping evil of the Sith. After clashing lightsabers in the throne room of the capital city, Ahsoka turned Maul’s own weapon against him and was able to capture the former Sith Lord for the Republic.

This amazing Darth Maul Sixth Scale Collectible Figure is definitely going to be a great addition for any Star Wars fans!