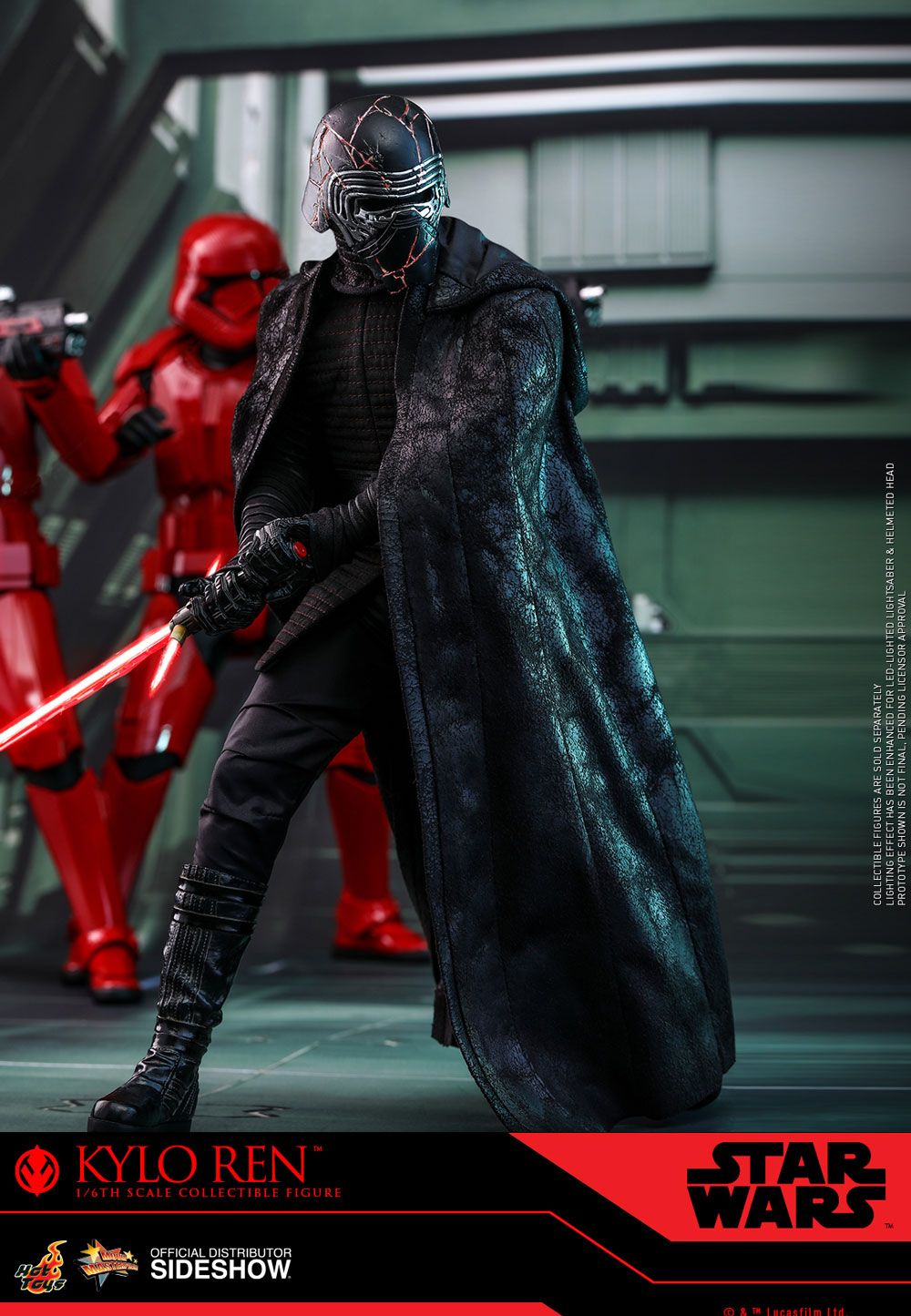 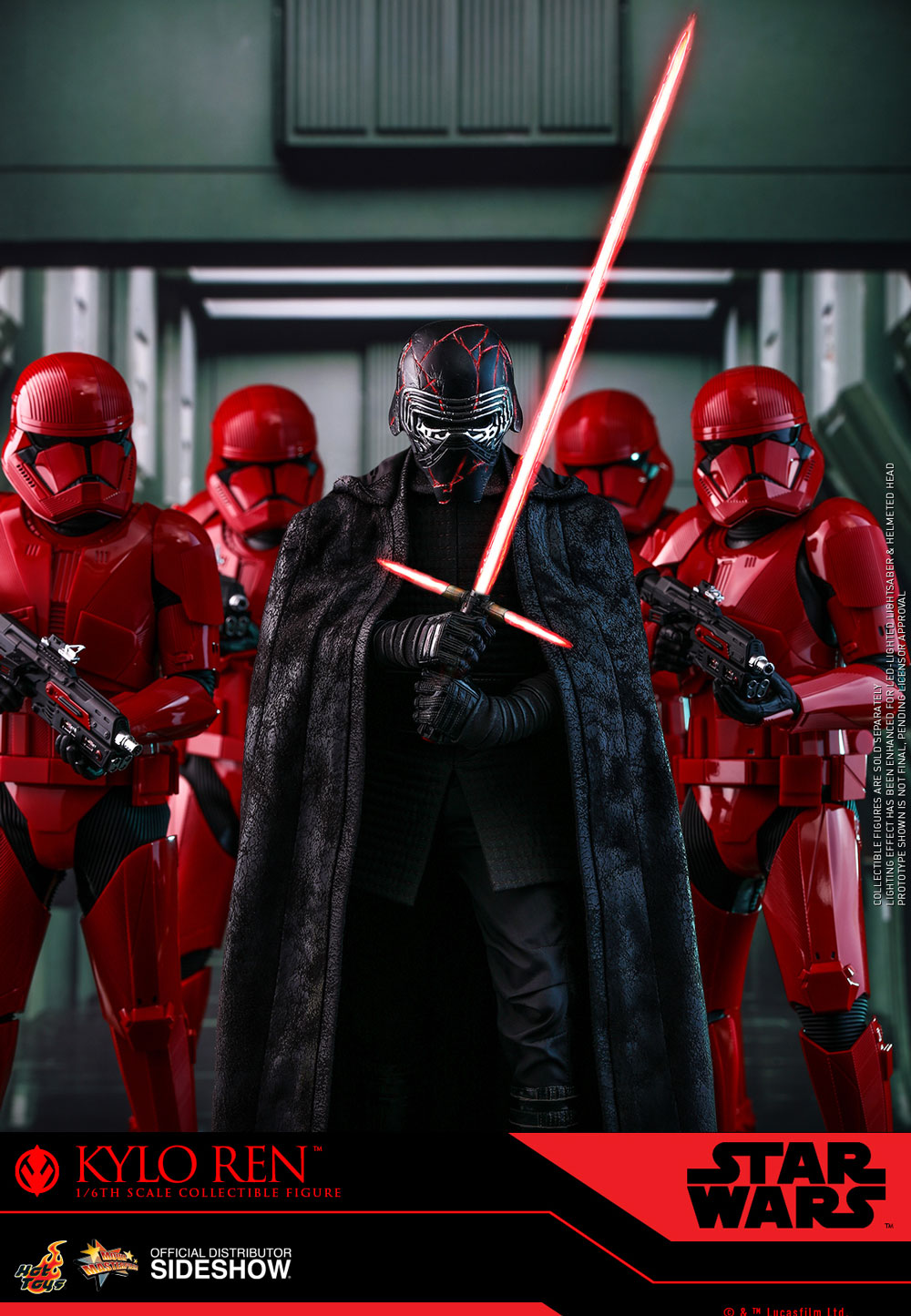 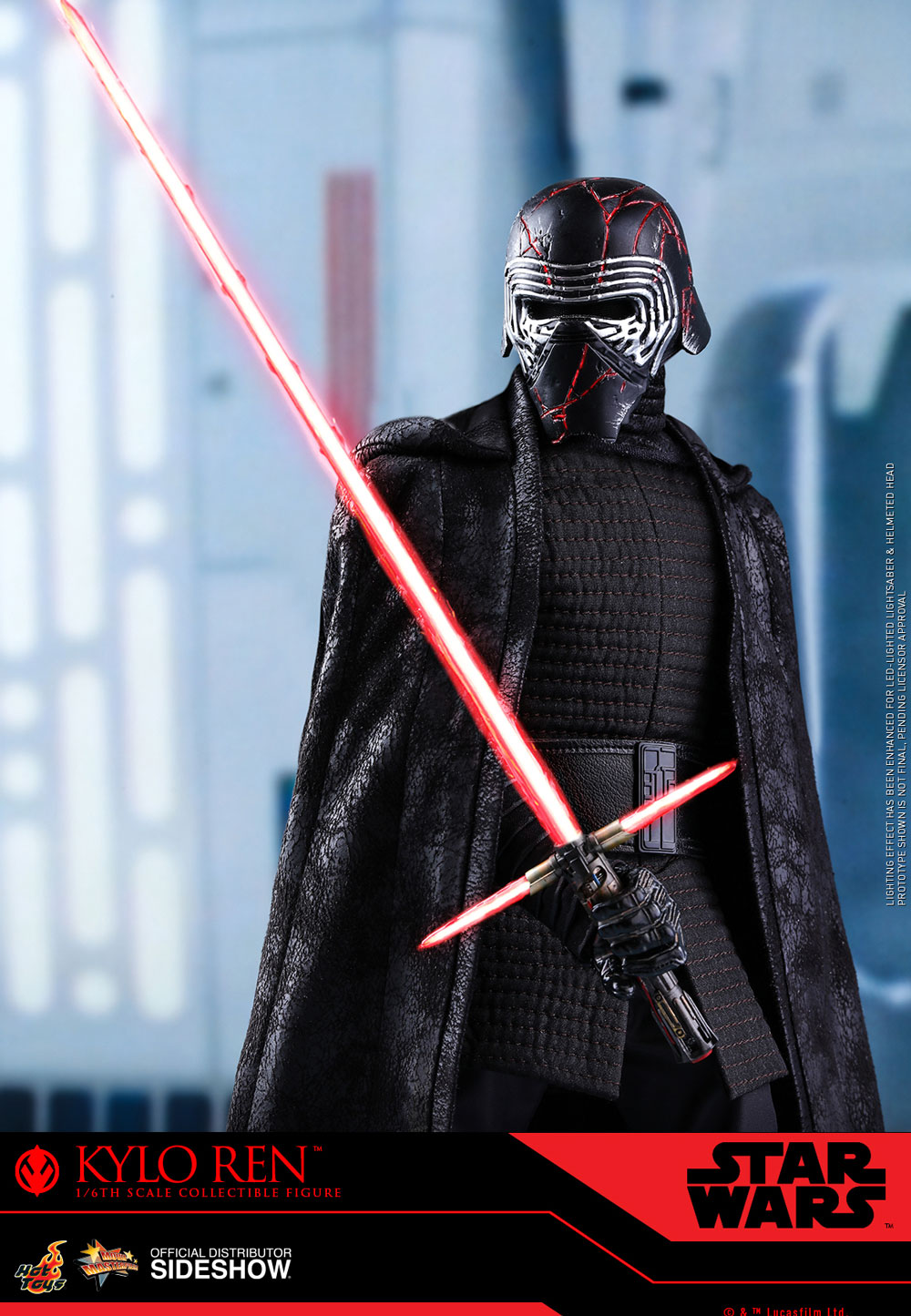 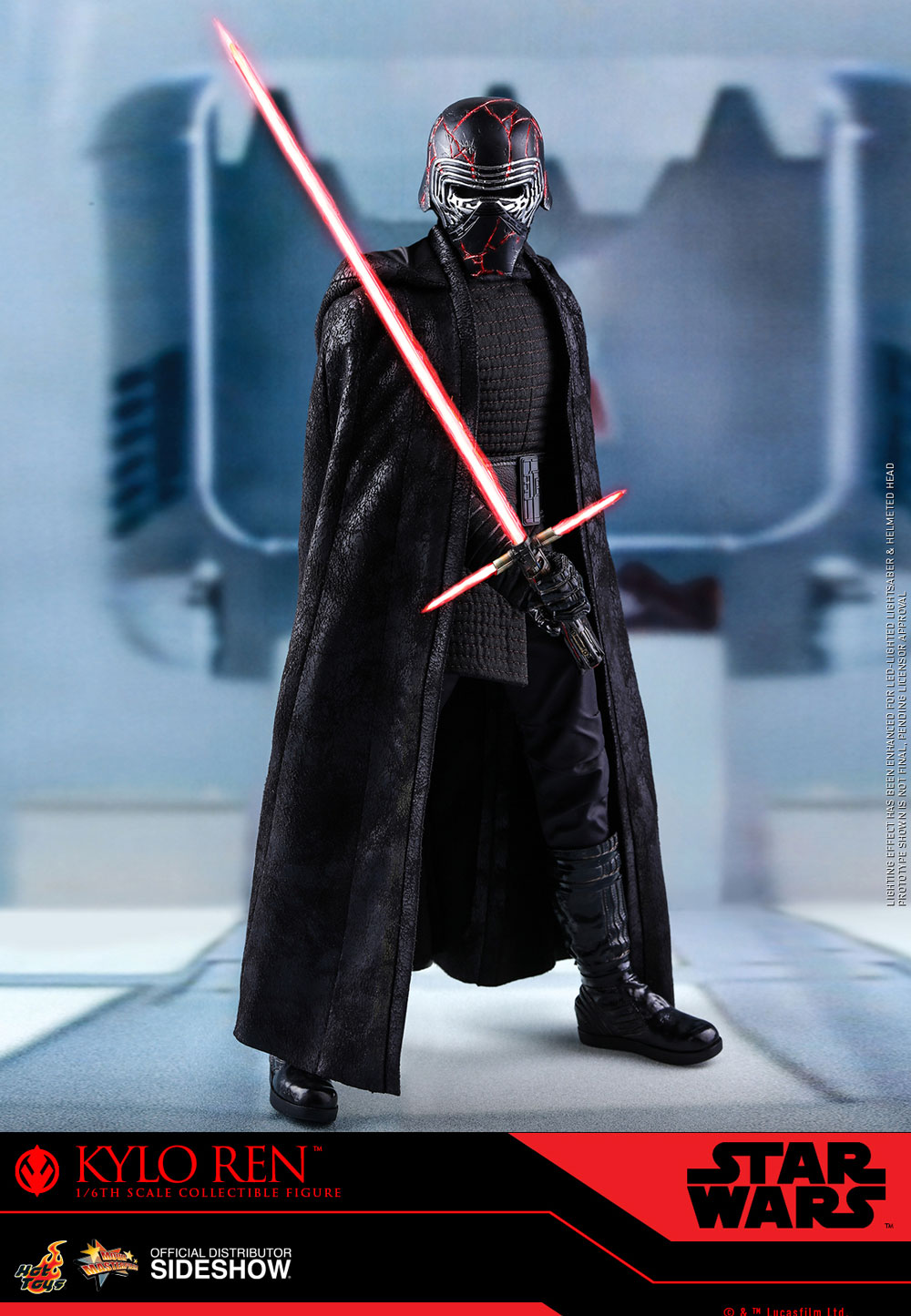 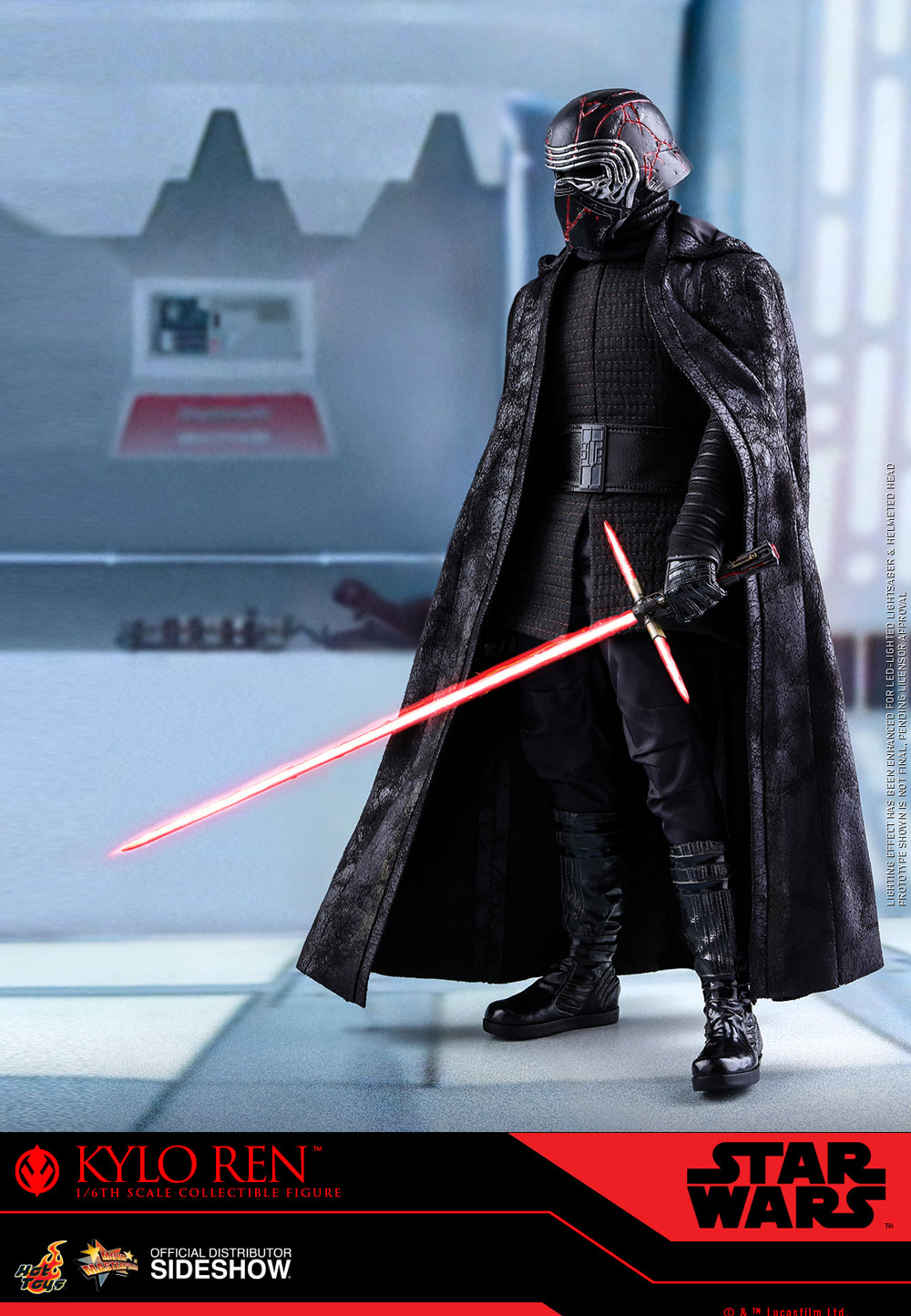 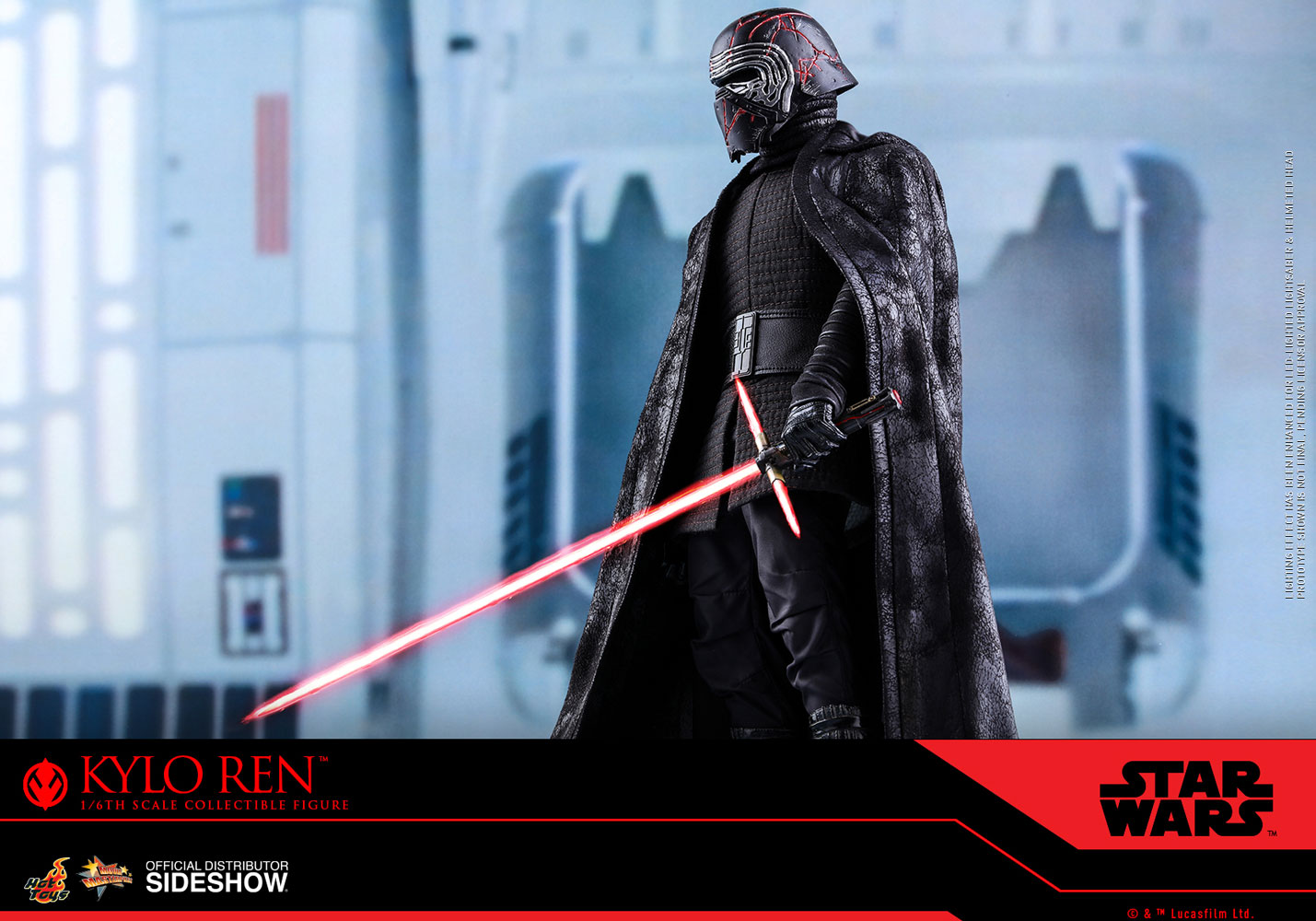 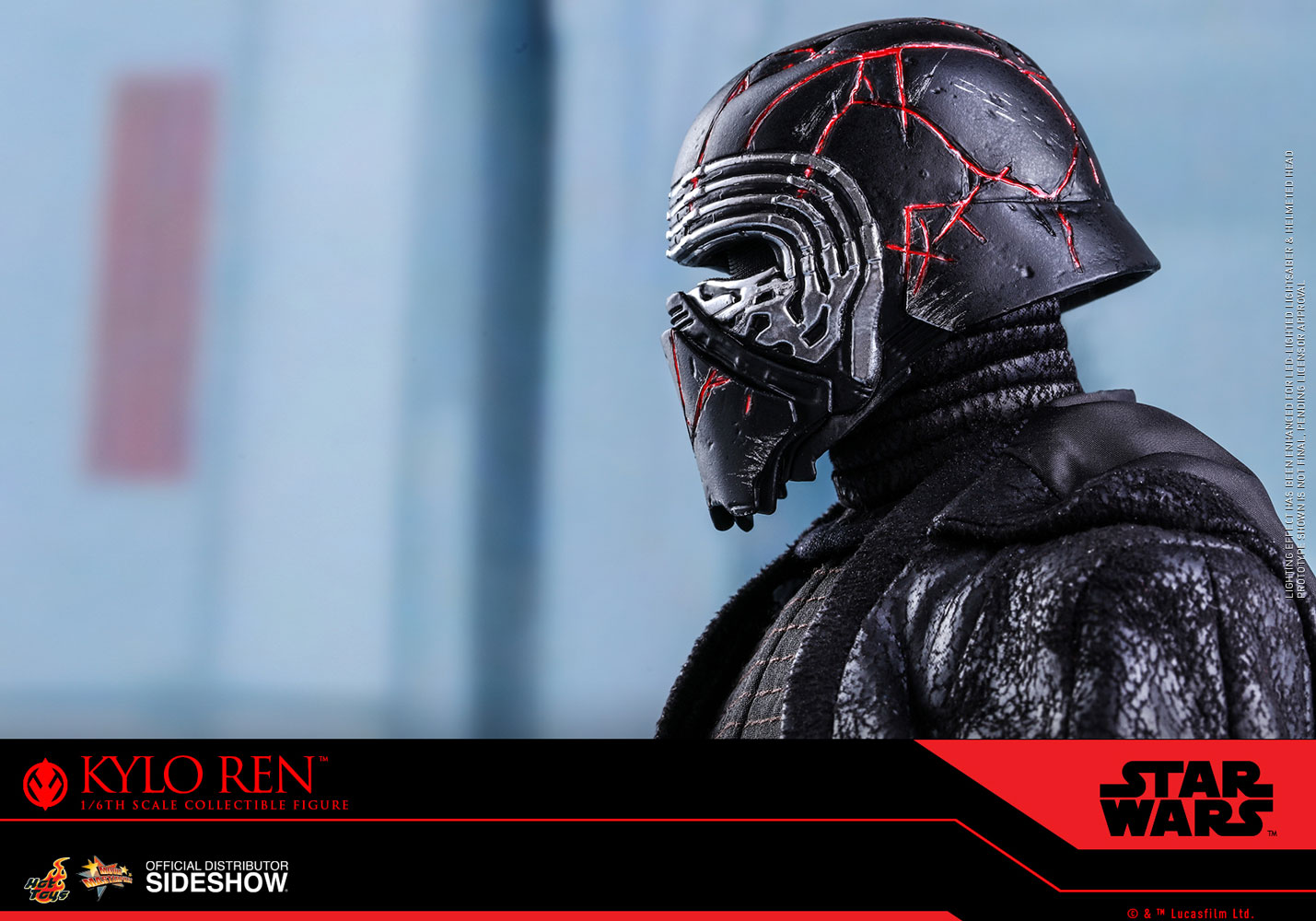 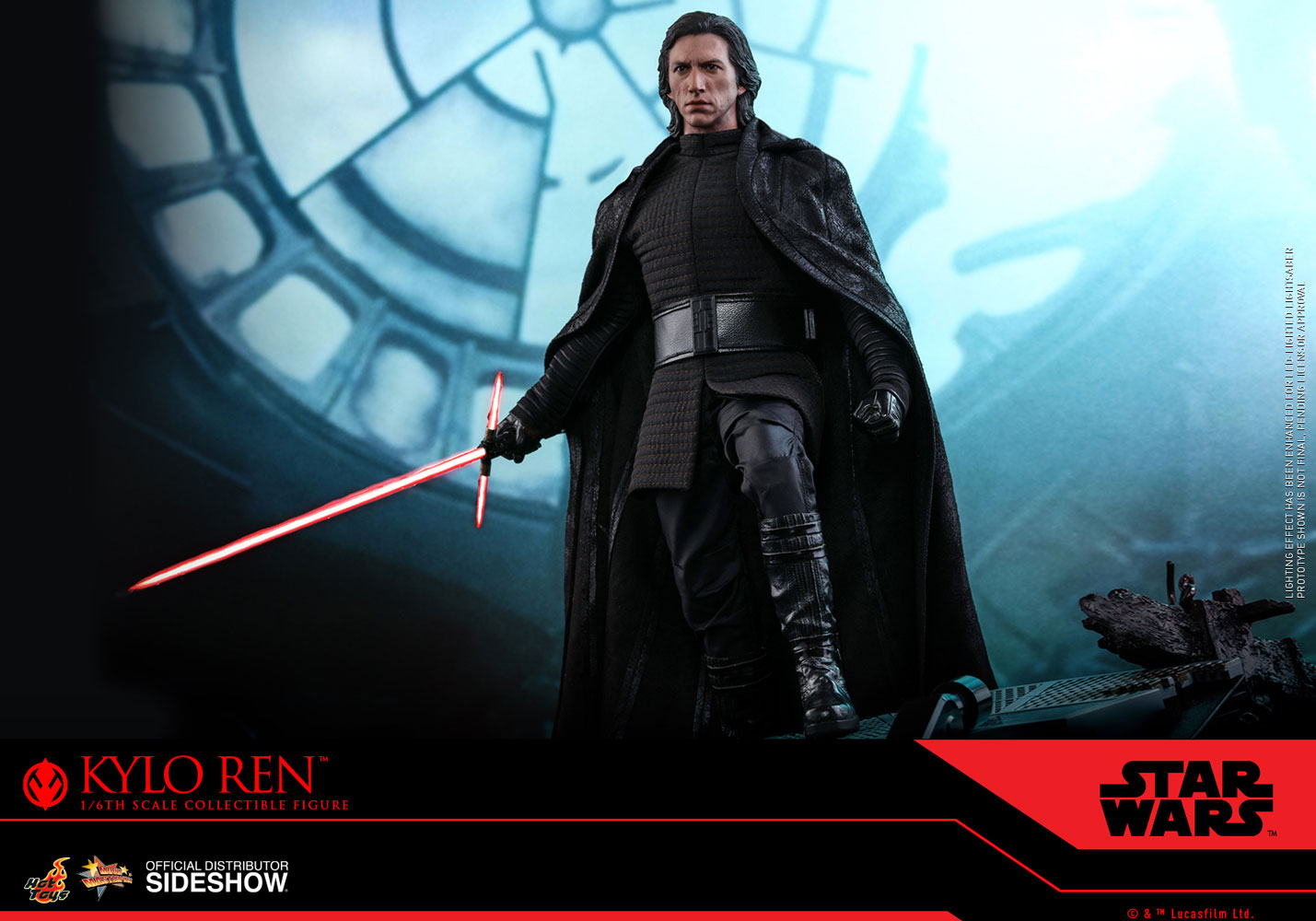 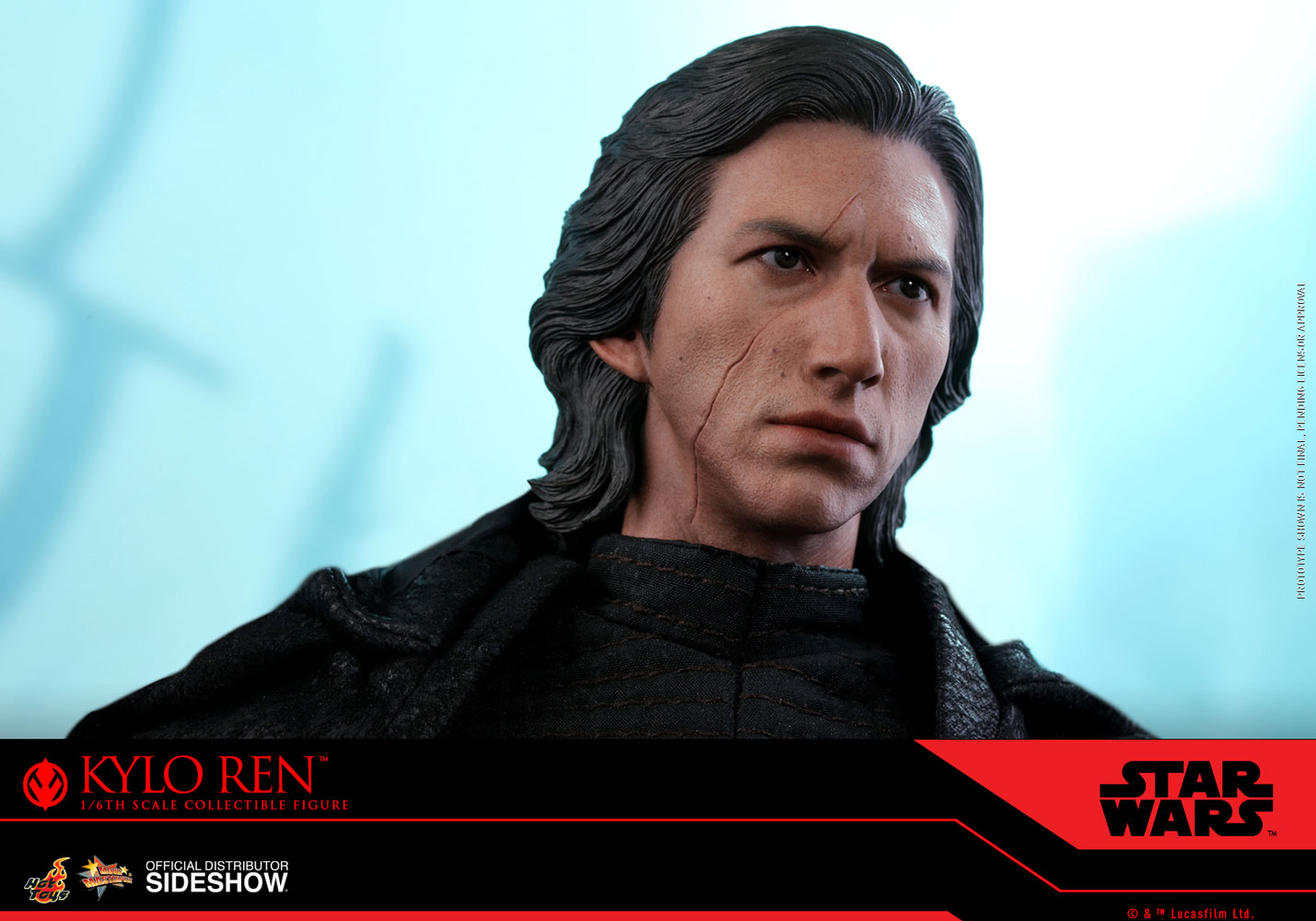 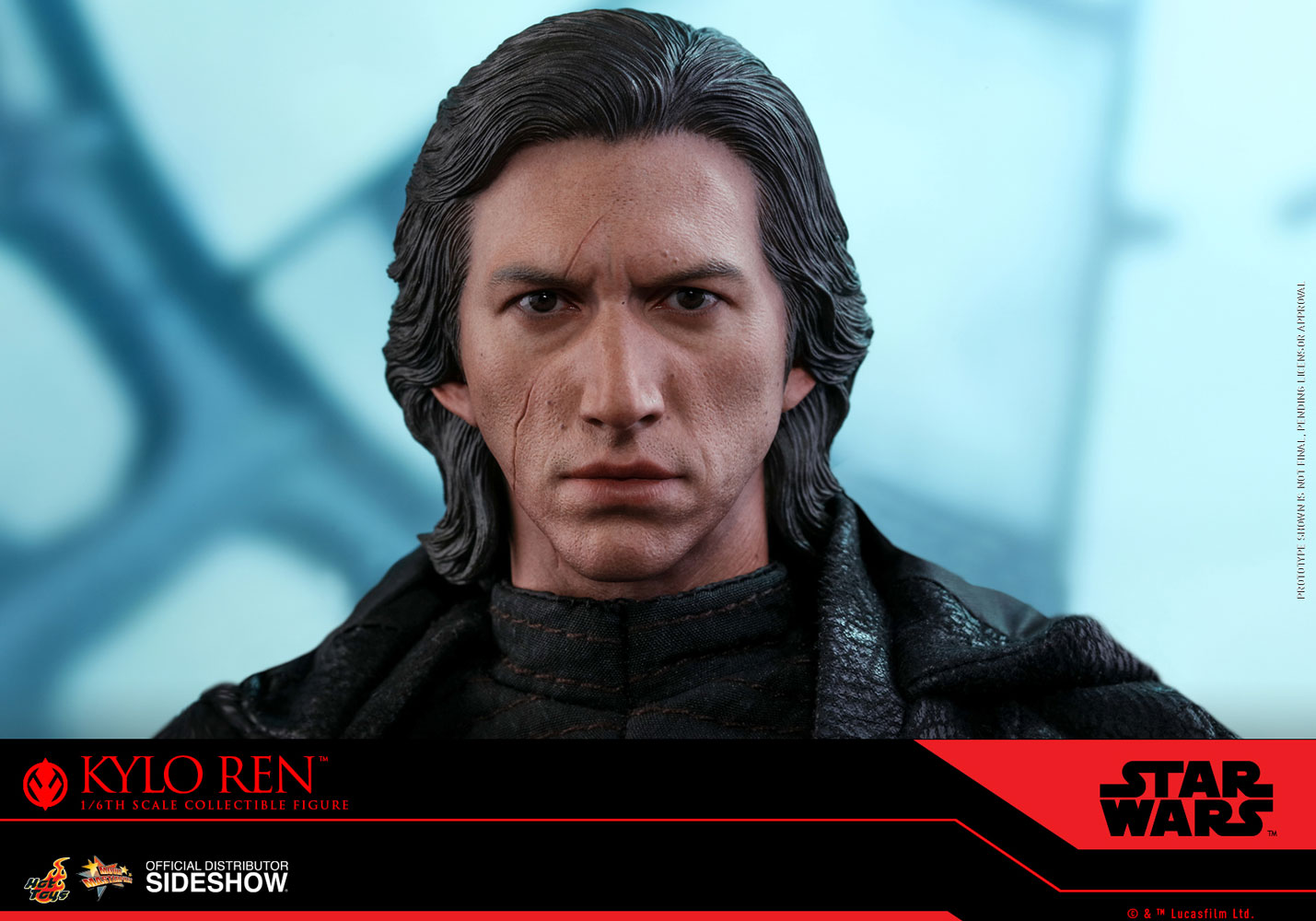 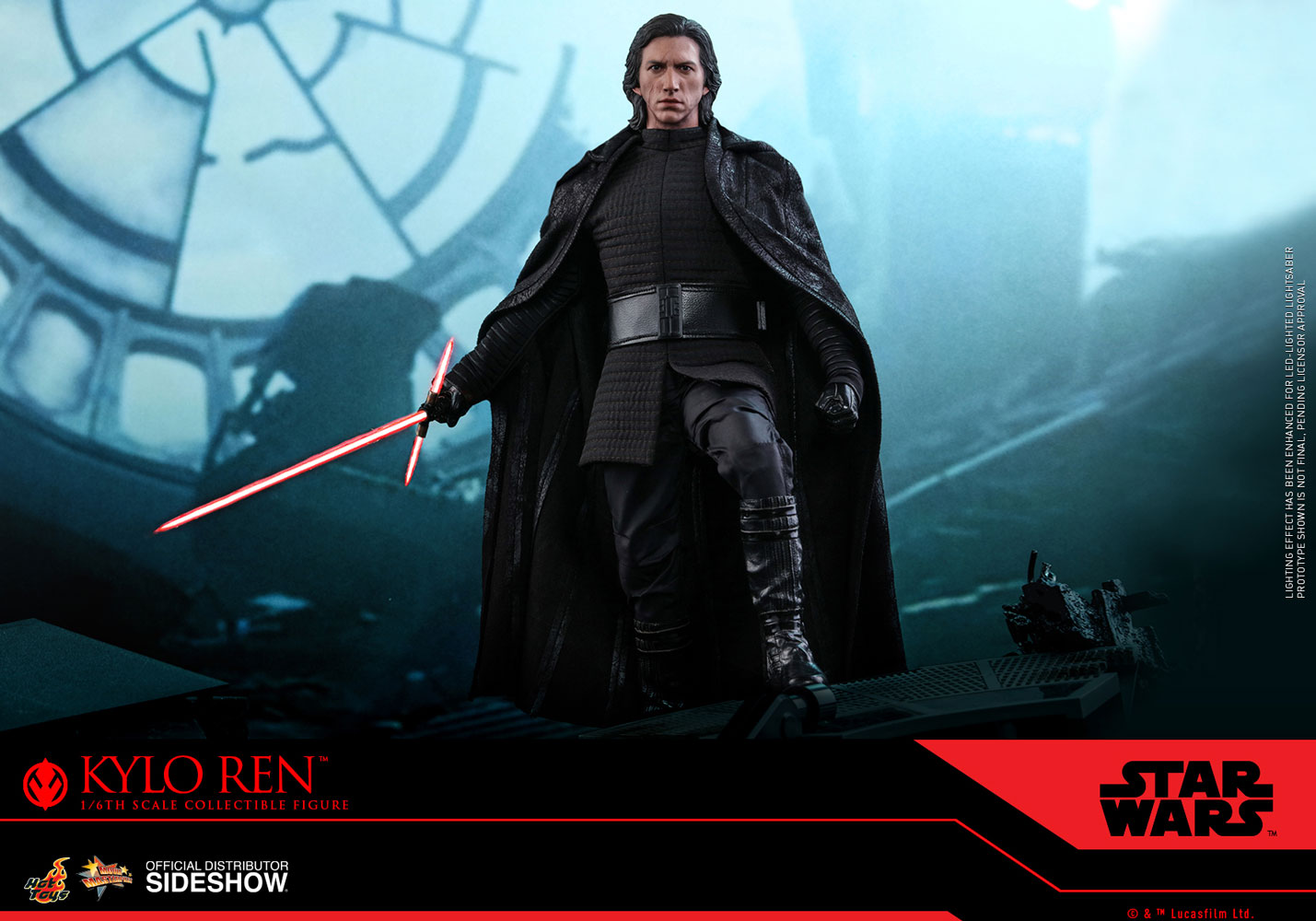 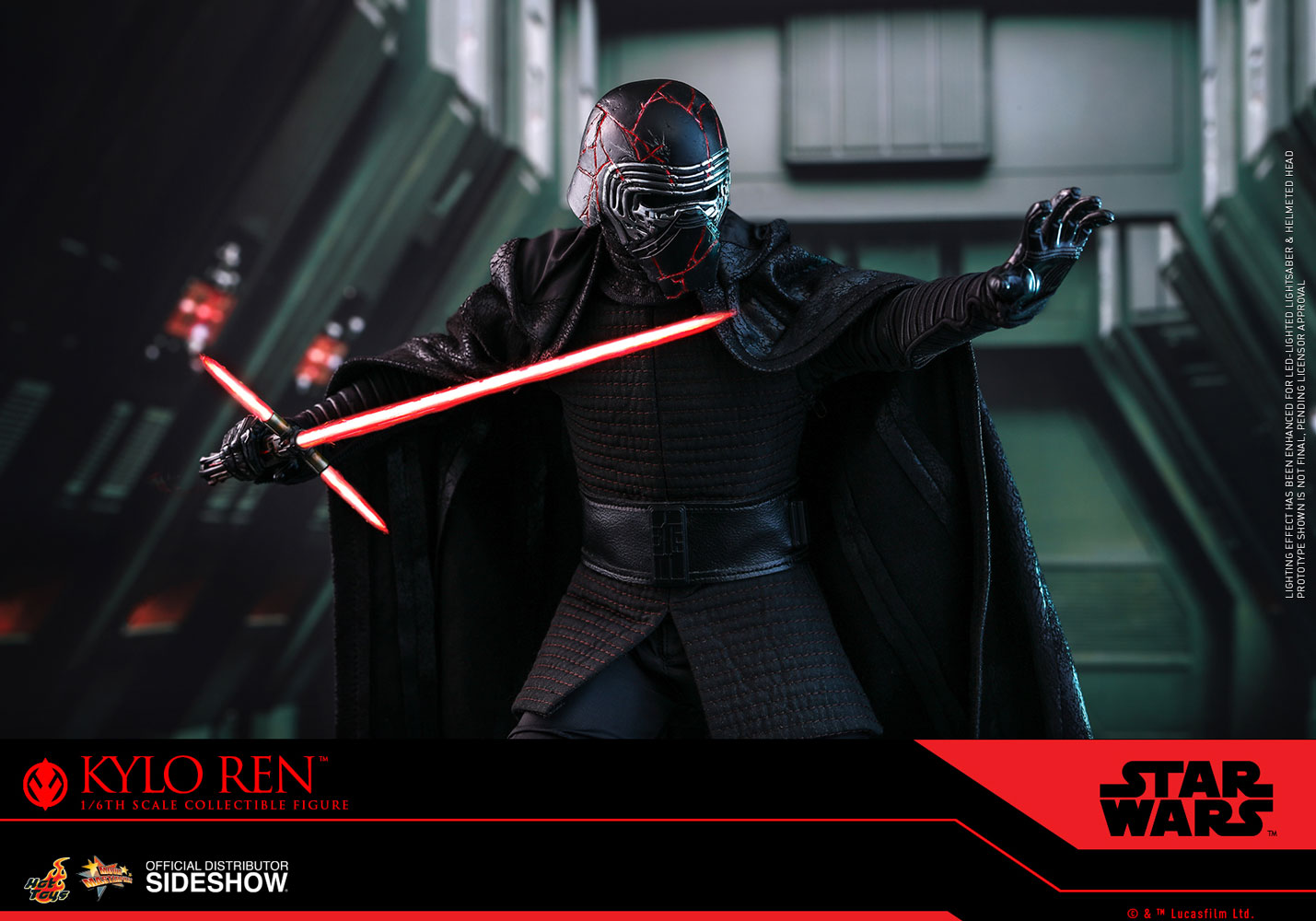 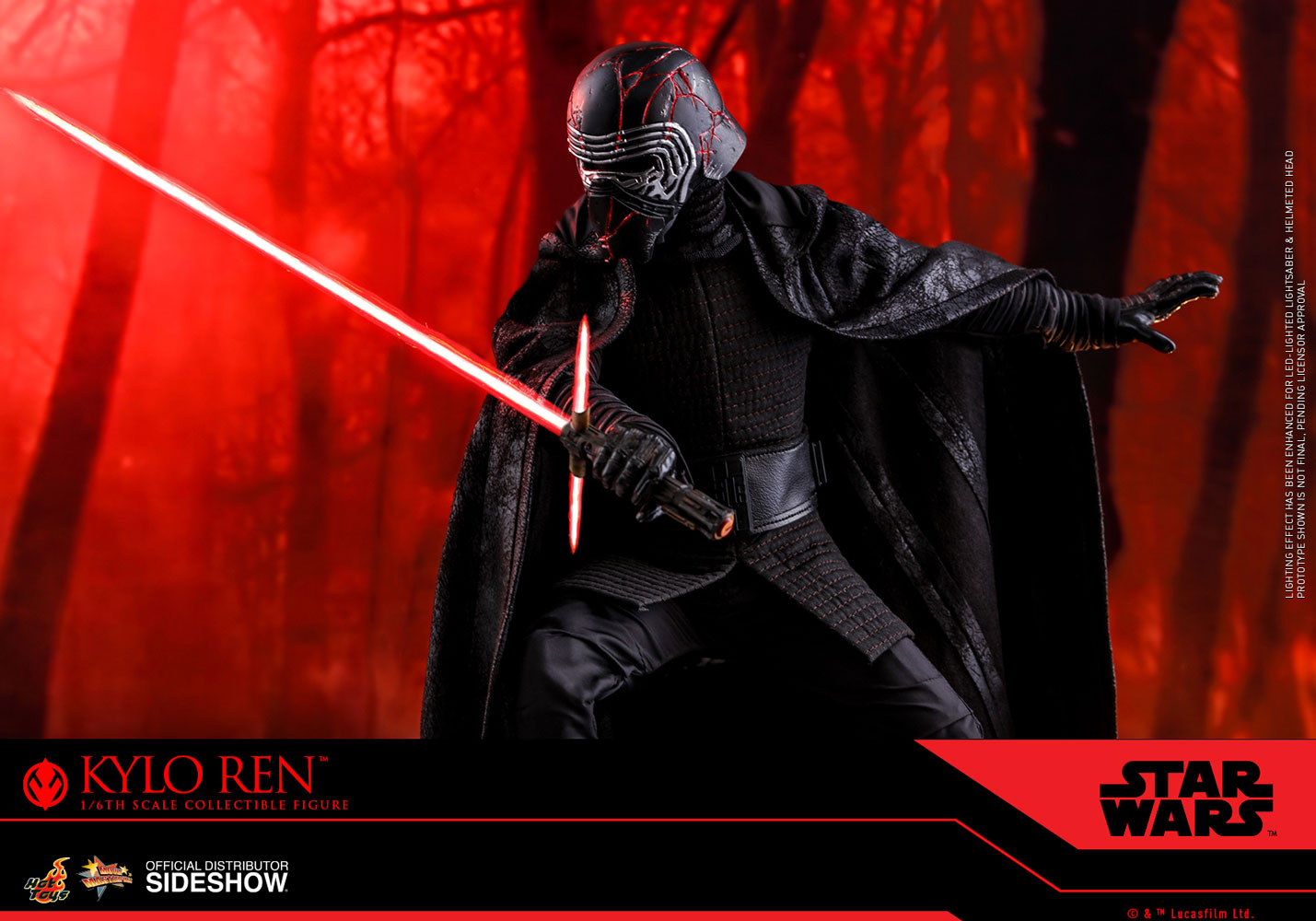 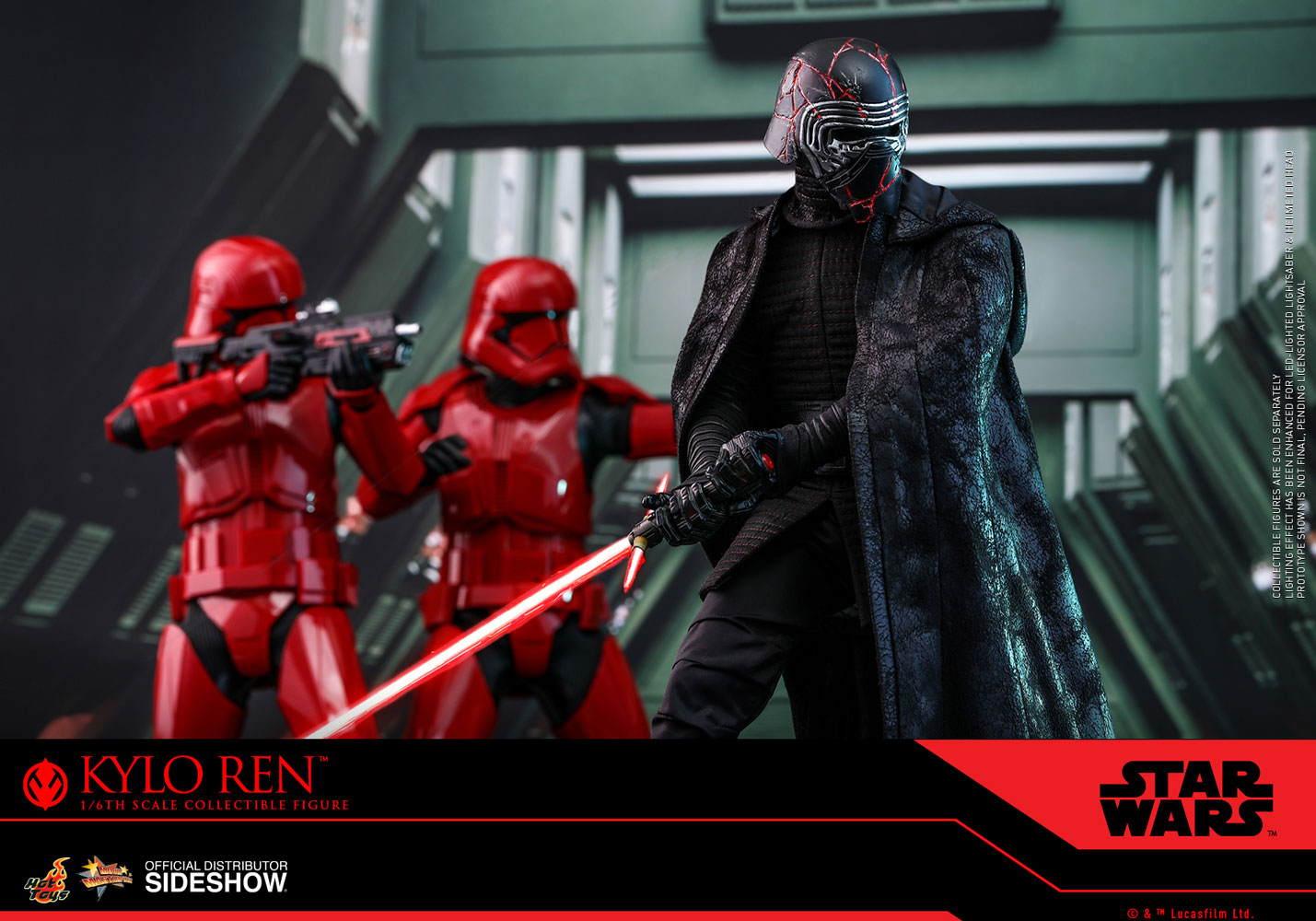 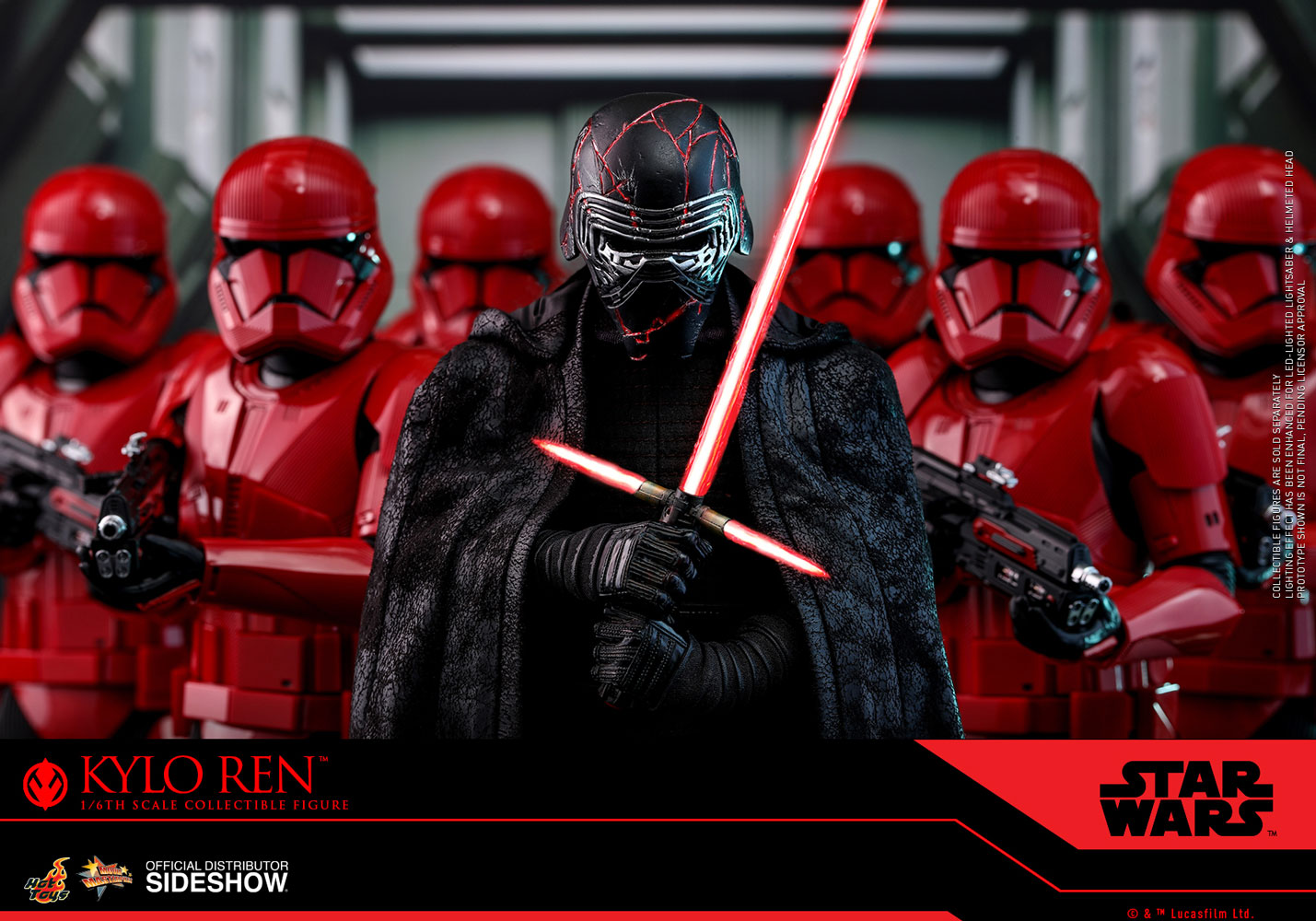 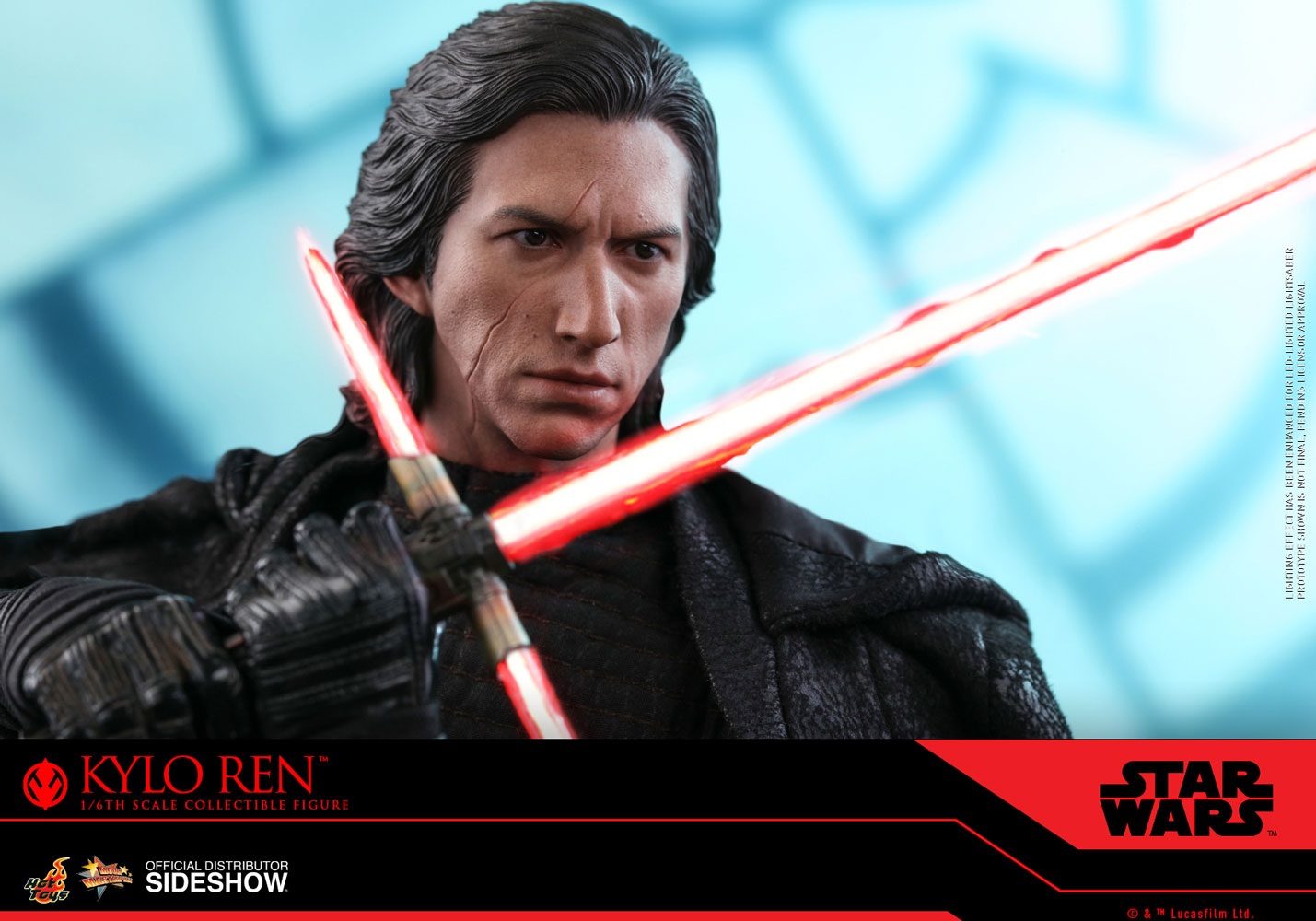 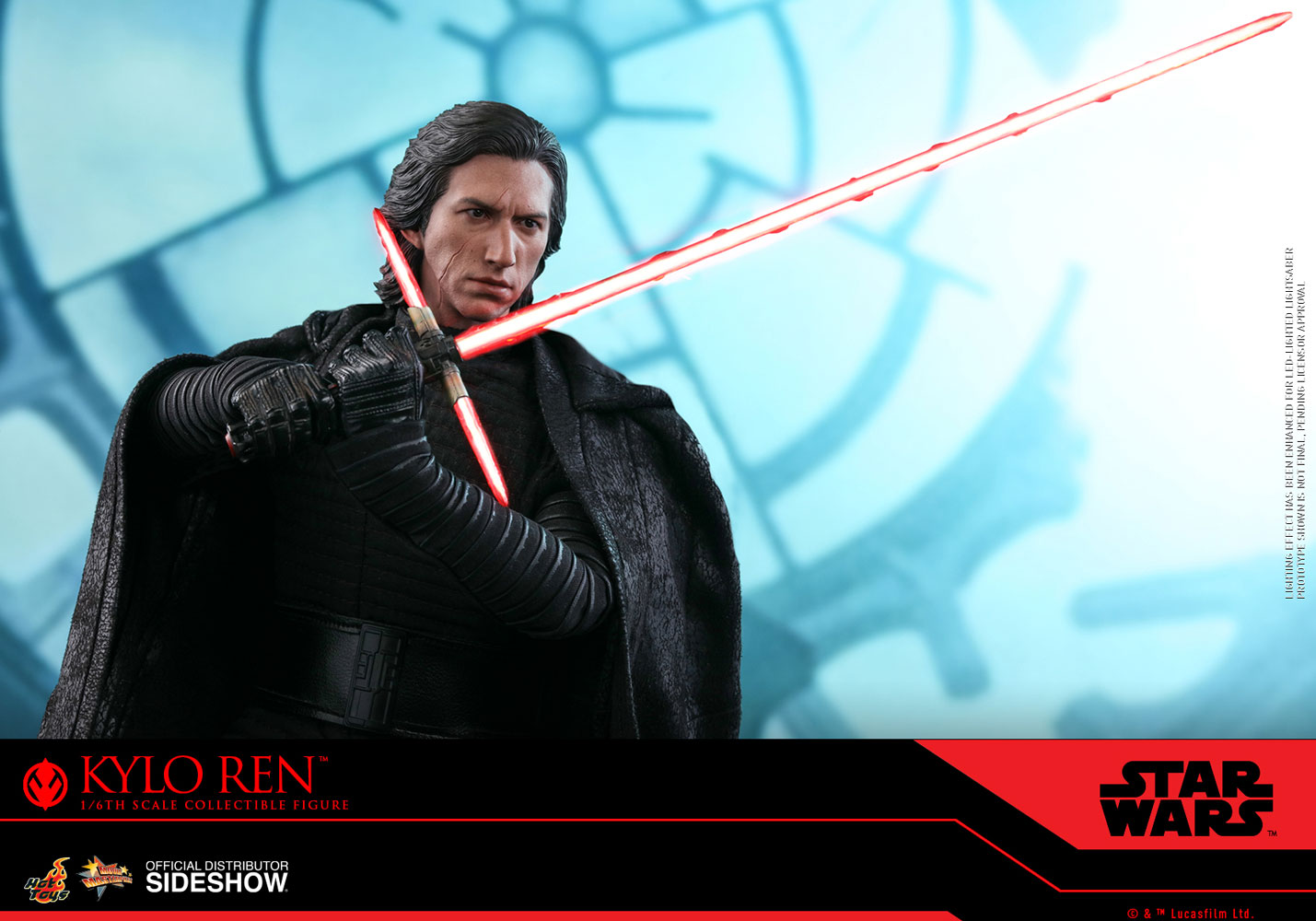 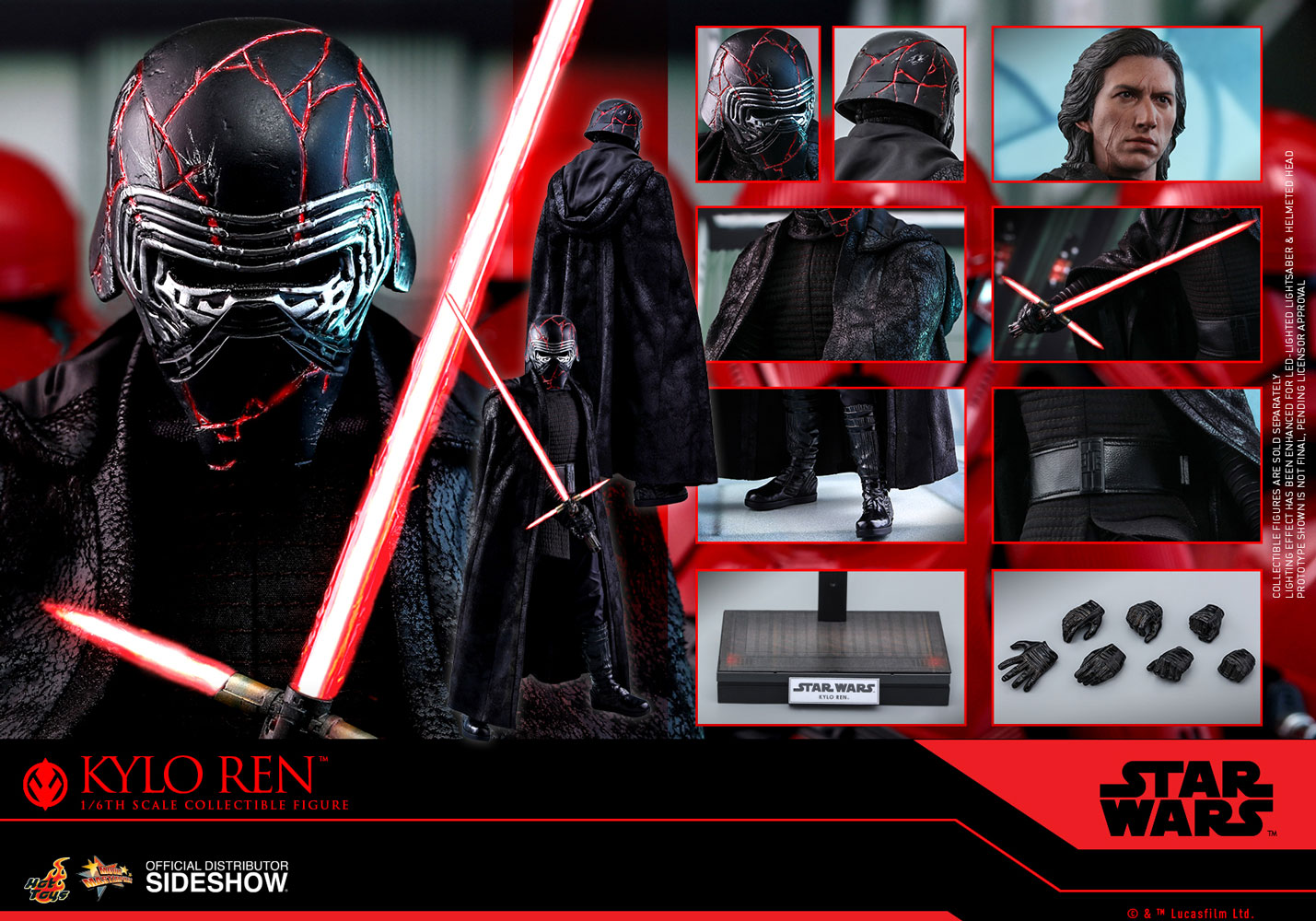 The son of Han Solo and Leia Organa, Ben Solo was seduced by the dark side of the Force. and renamed himself Kylo Ren, becoming the First Order’s champion and Supreme Leader Snoke’s student. Kylo killed his father and seeks to destroy his mother’s Resistance and the remnants of the Jedi Order. Though a servant of the dark side, he still struggles against the pull of the light side of the Force.

The highly-accurate Kylo Ren collectible figure is expertly crafted based on his appearance in Star Wars: The Rise of Skywalker. It features a battle-damaged LED light-up helmeted head, a newly developed head and hair sculpture with remarkable likeness, meticulously tailored outfit, a LED light-up lightsaber, an interchangeable lightsaber blade emulating the weapon in motion, and a figure stand!