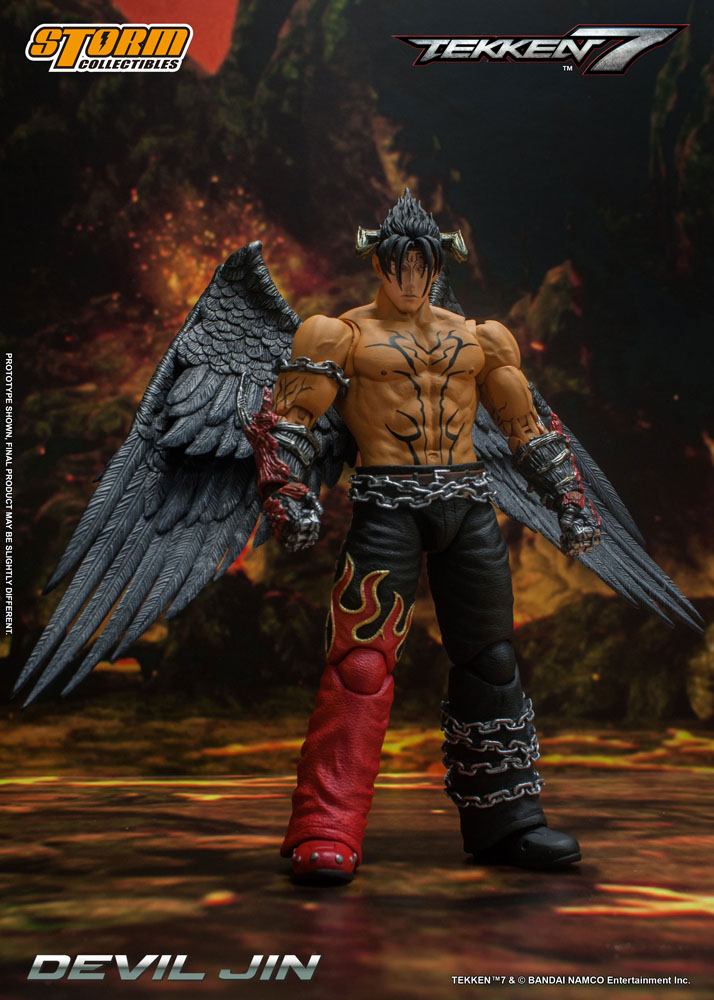 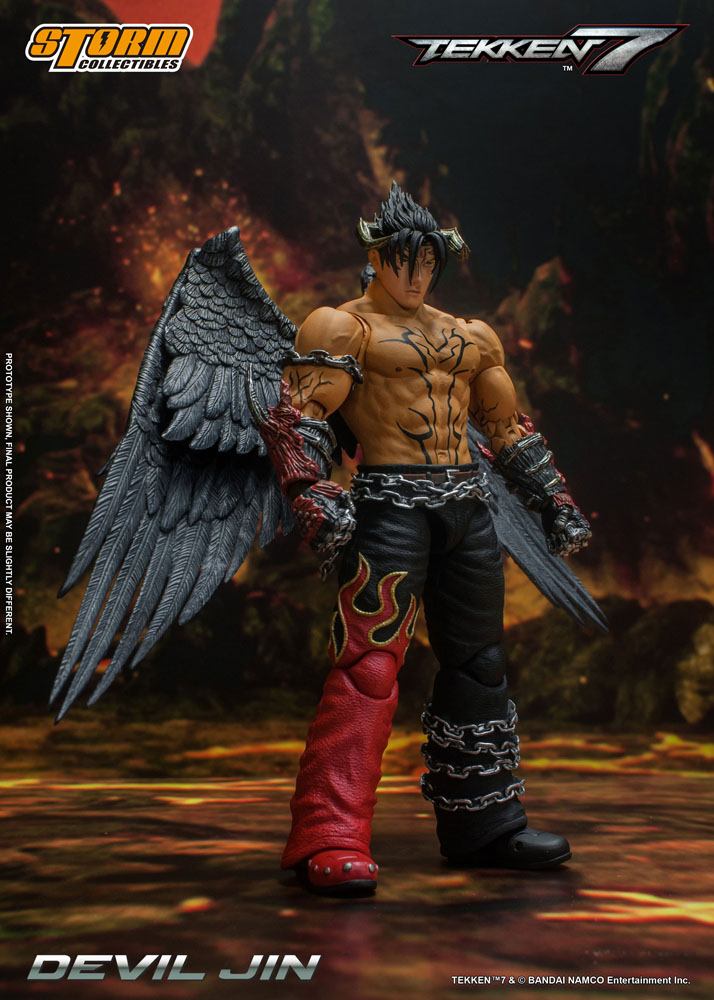 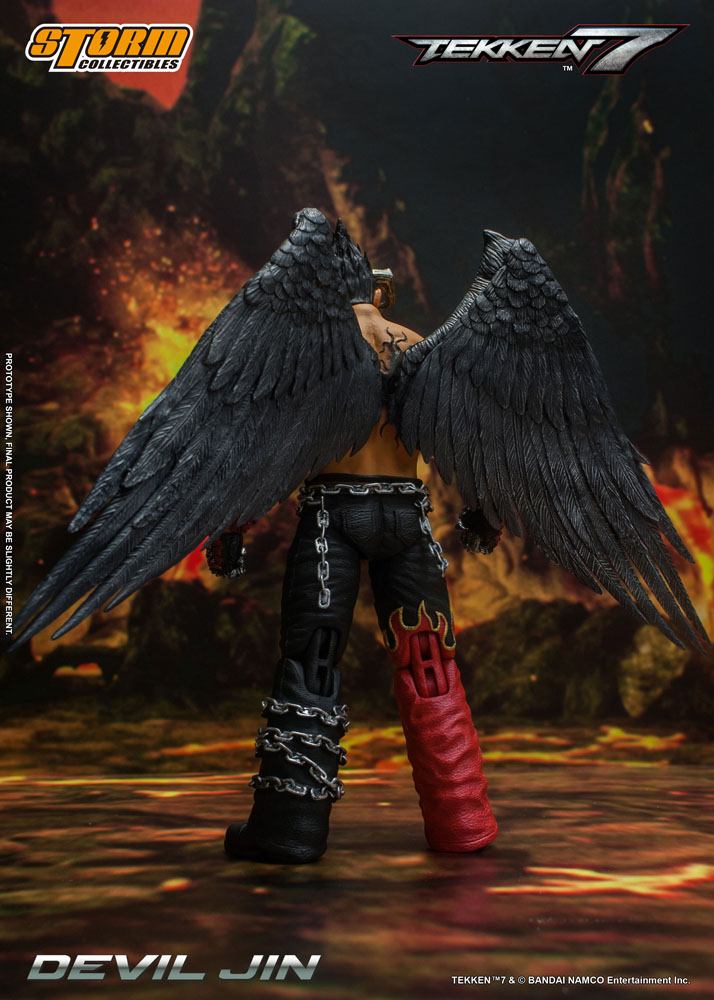 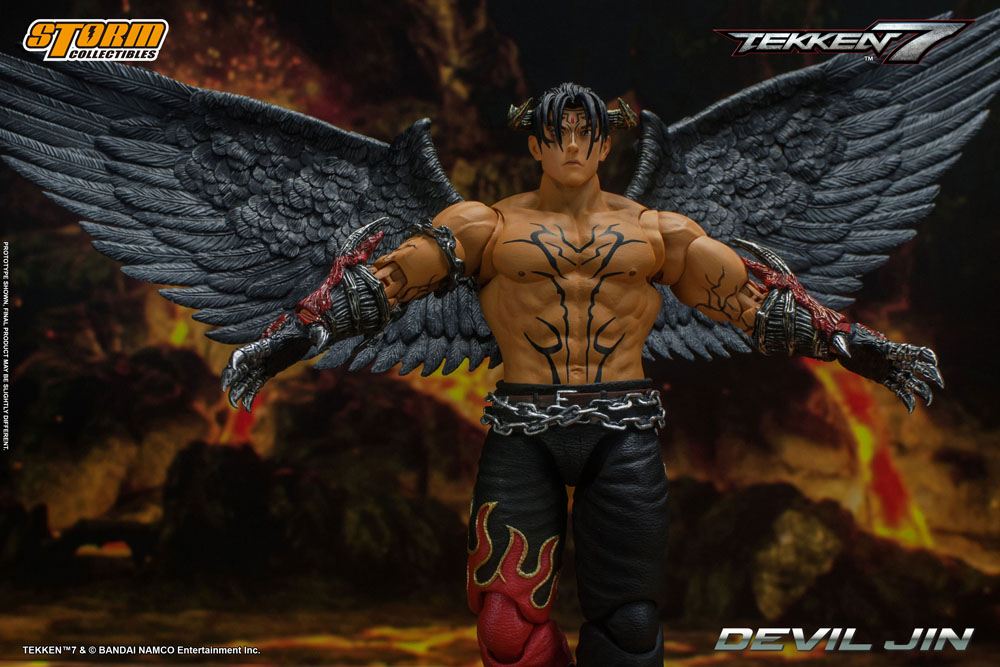 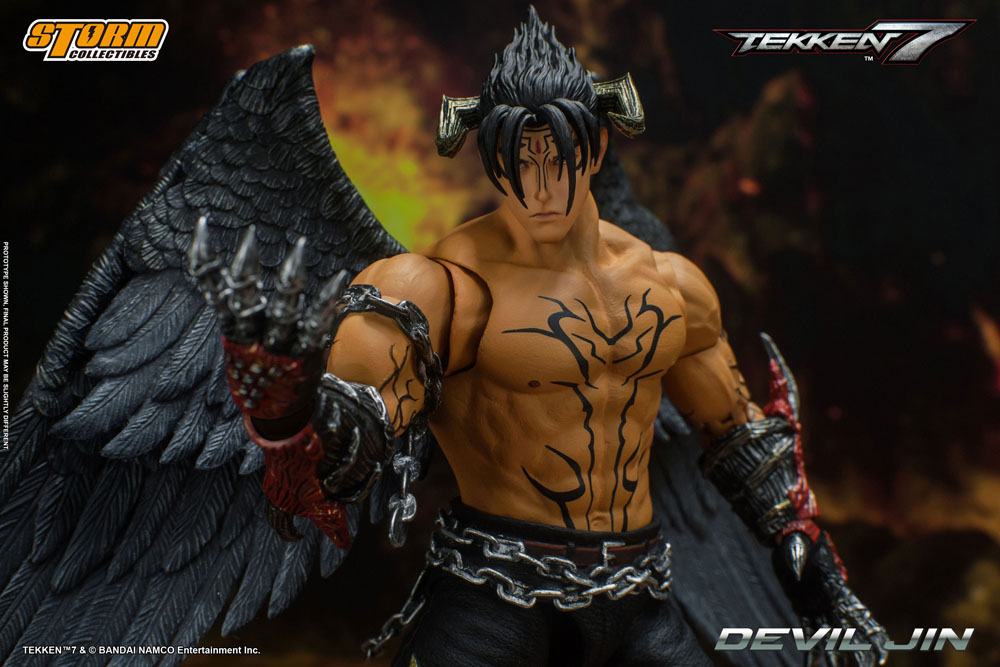 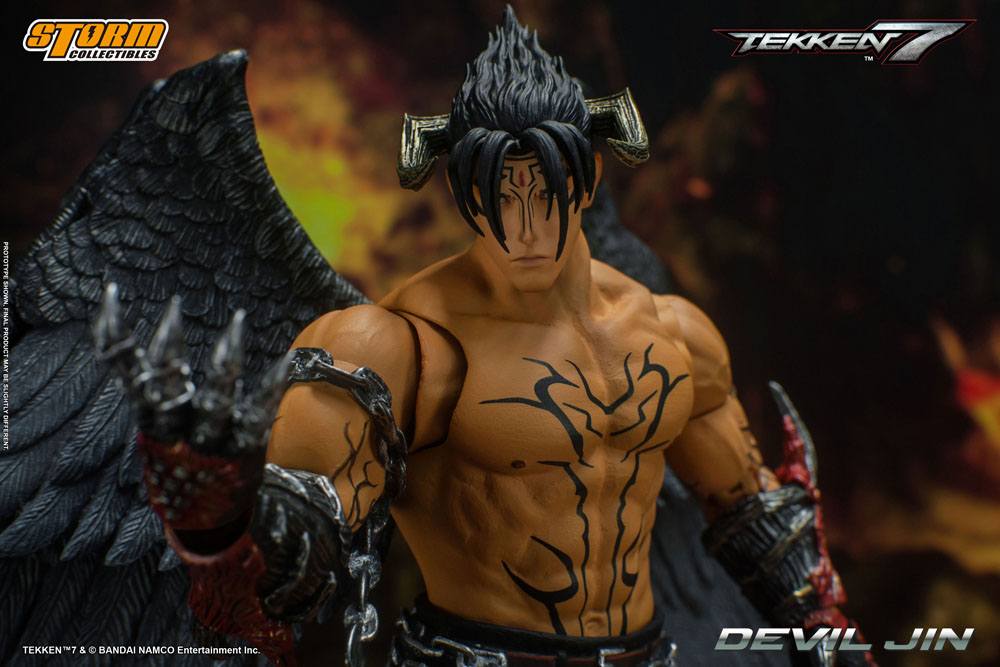 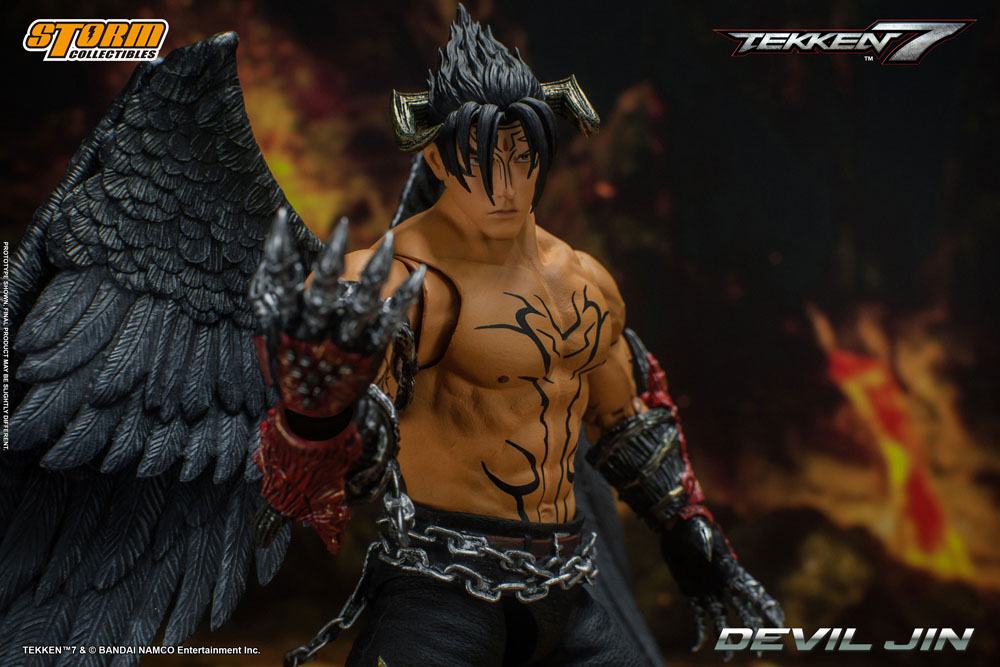 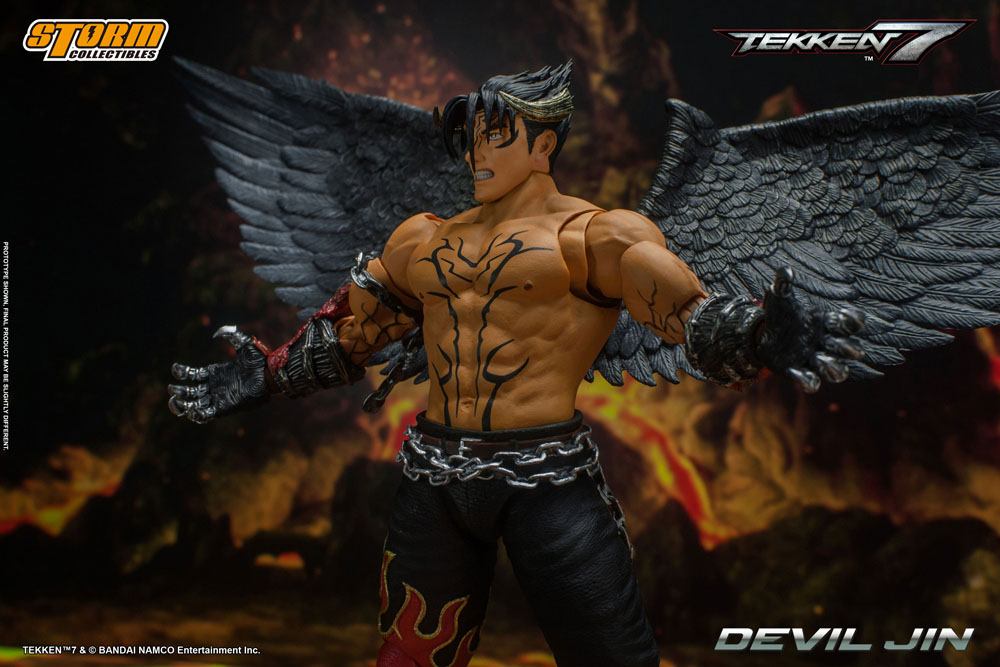 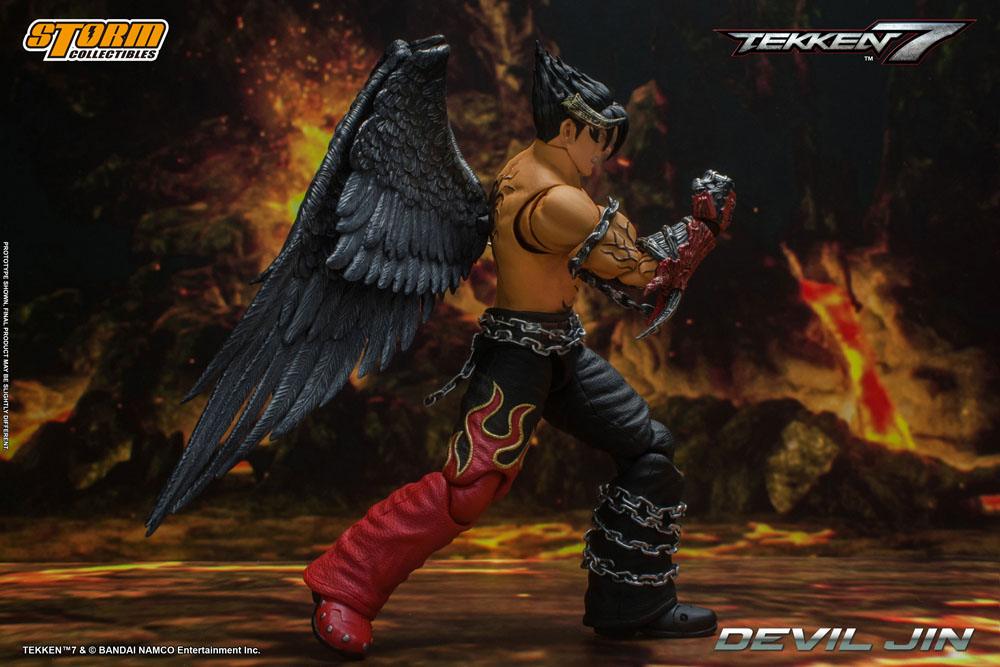 Devil Jin is a demon with only ultimate power and destruction on his mind. The result of Jin’s mind and body being taken over by the devil Gene. After he defeated Azazel, Jin Kazama was apprehended by UN troops. As his unconscious body was being transported by helicopter, he became possessed by his devil form, ripped free from his straitjacket, tore through the helicopter’s fuselage with a powerful beam attack, and then escaped.

Intermittently fending off the UN’s attempts to recapture him, Devil Jin wandered the desert until he stumbled across a town in the Middle East. His arrival at the town’s bazaar sent the civilians fleeing for their lives, turning the once buzzing settlement into an abandoned husk.