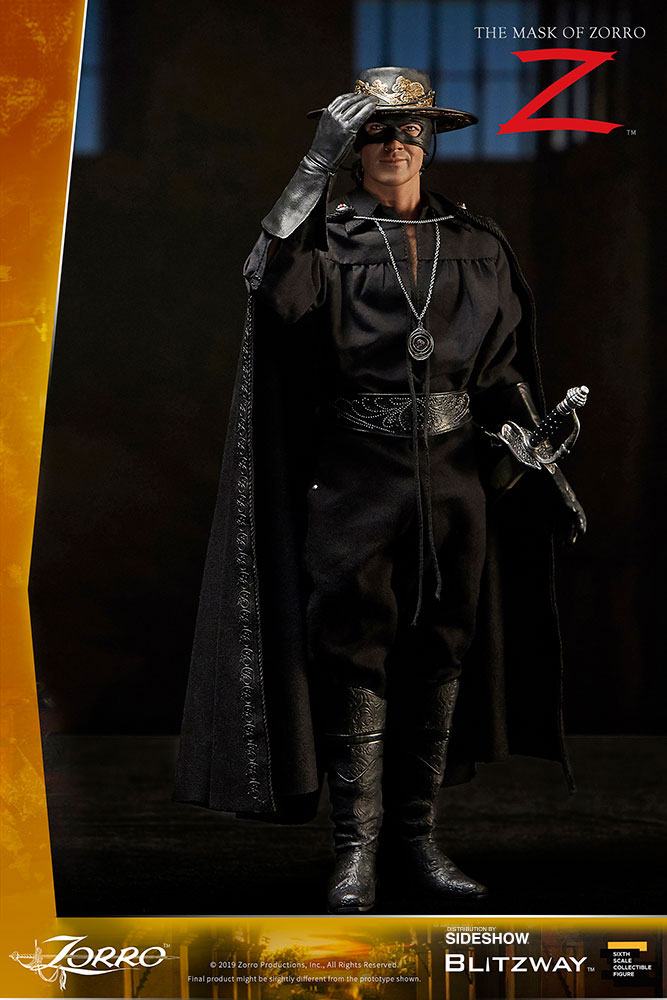 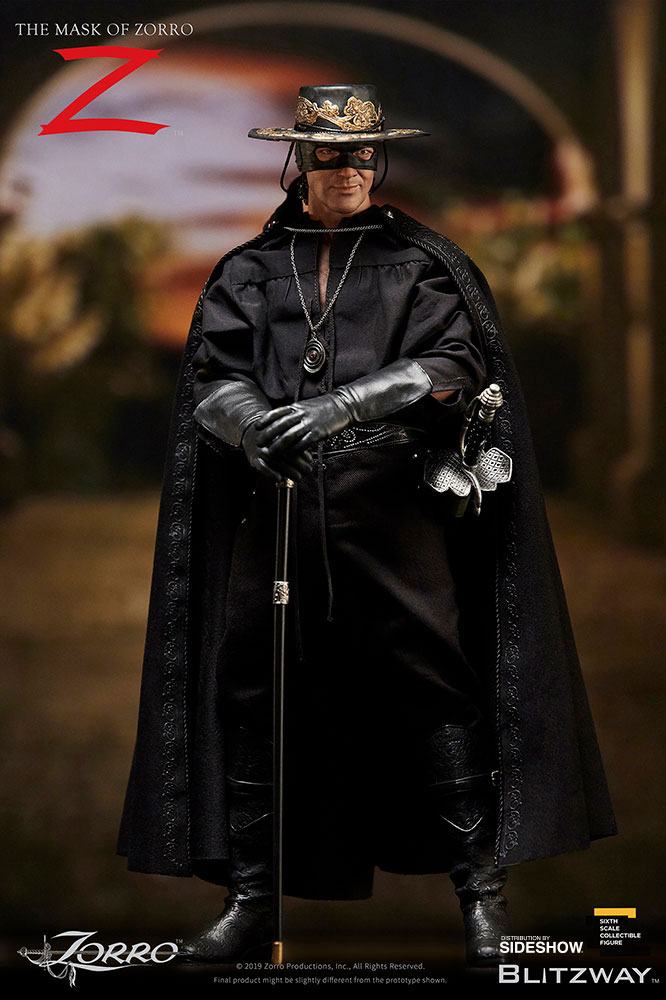 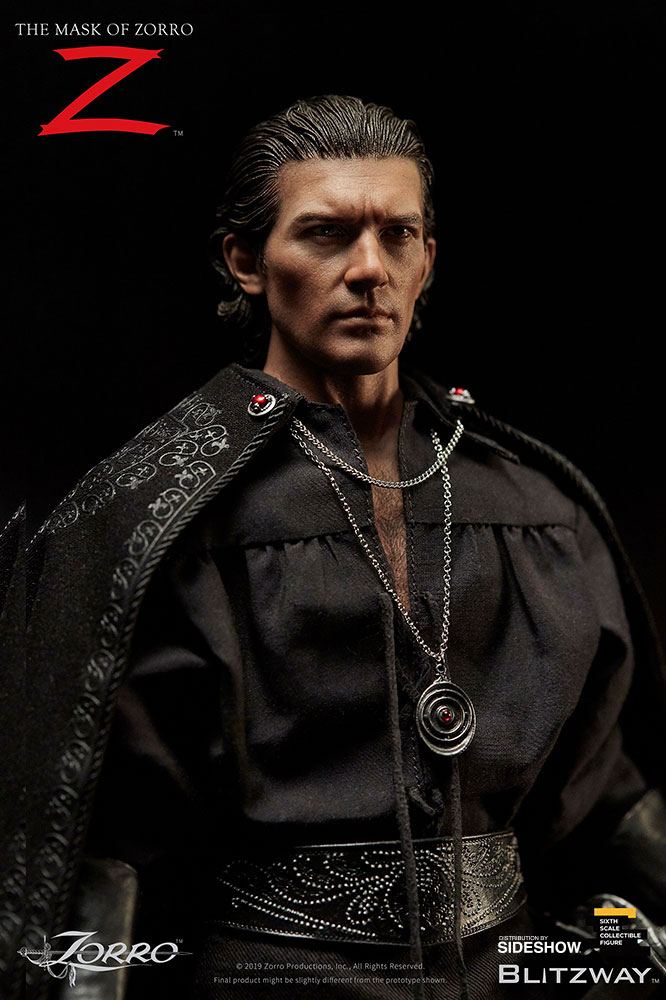 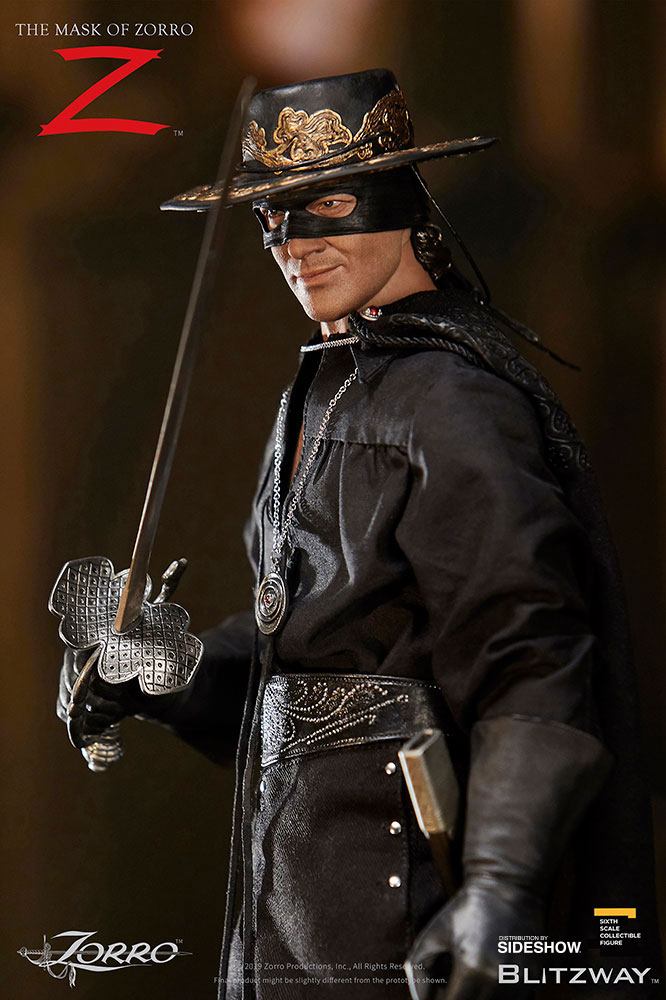 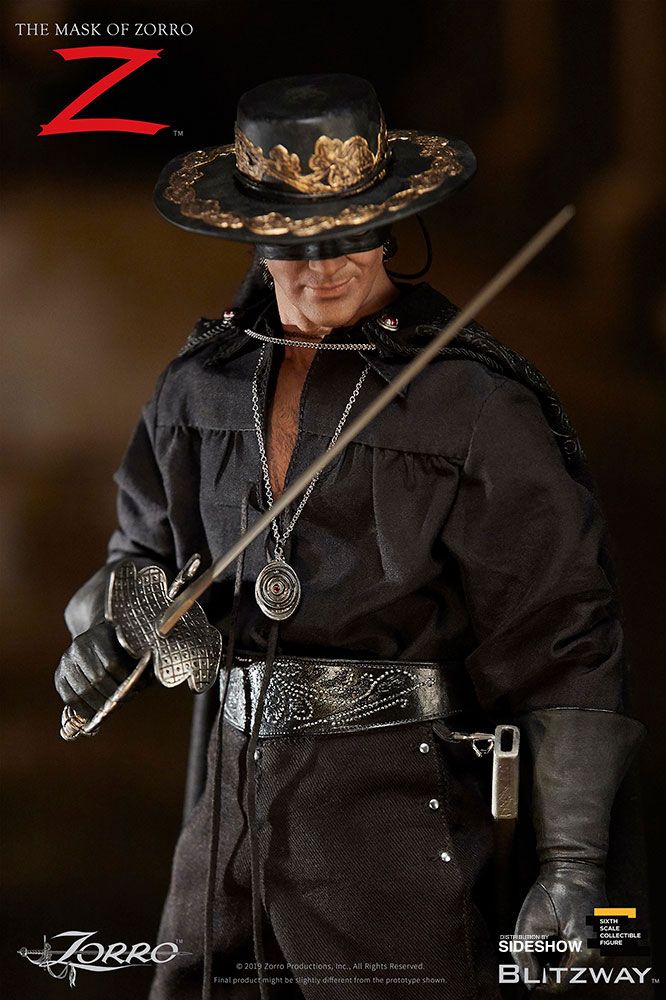 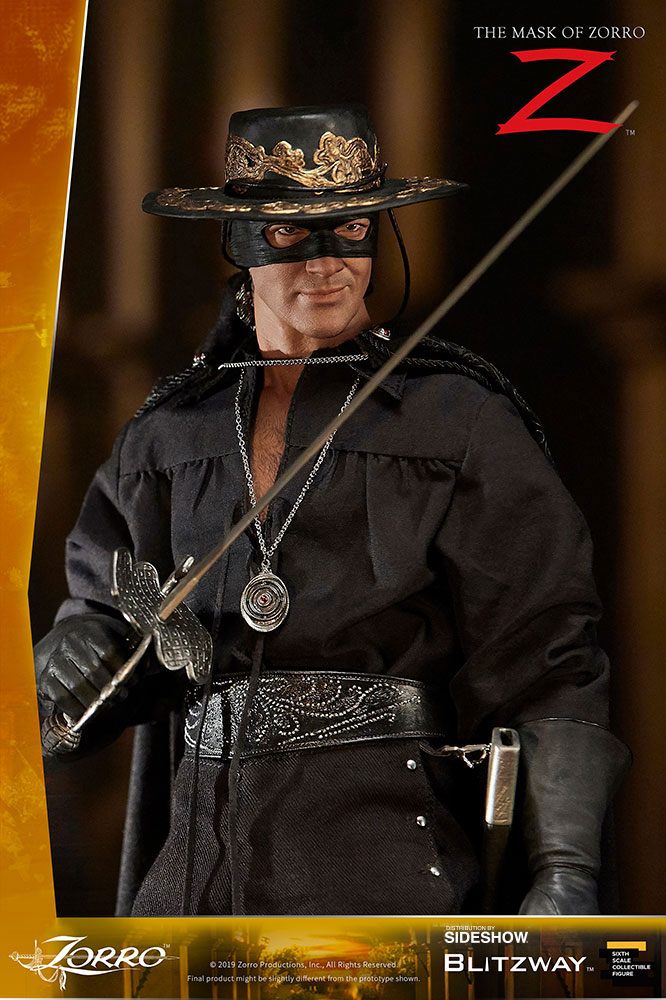 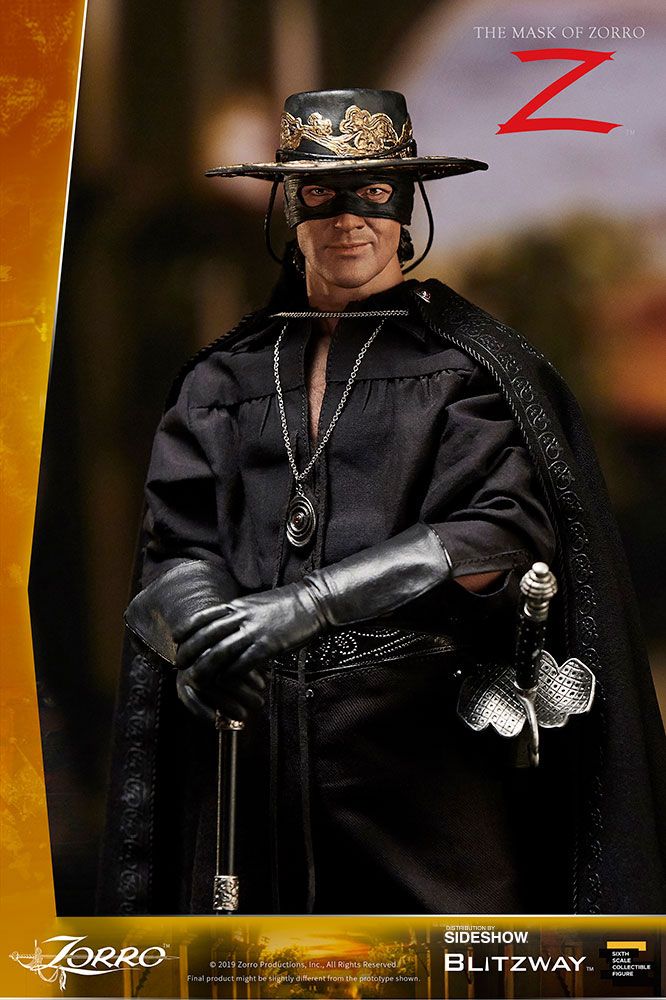 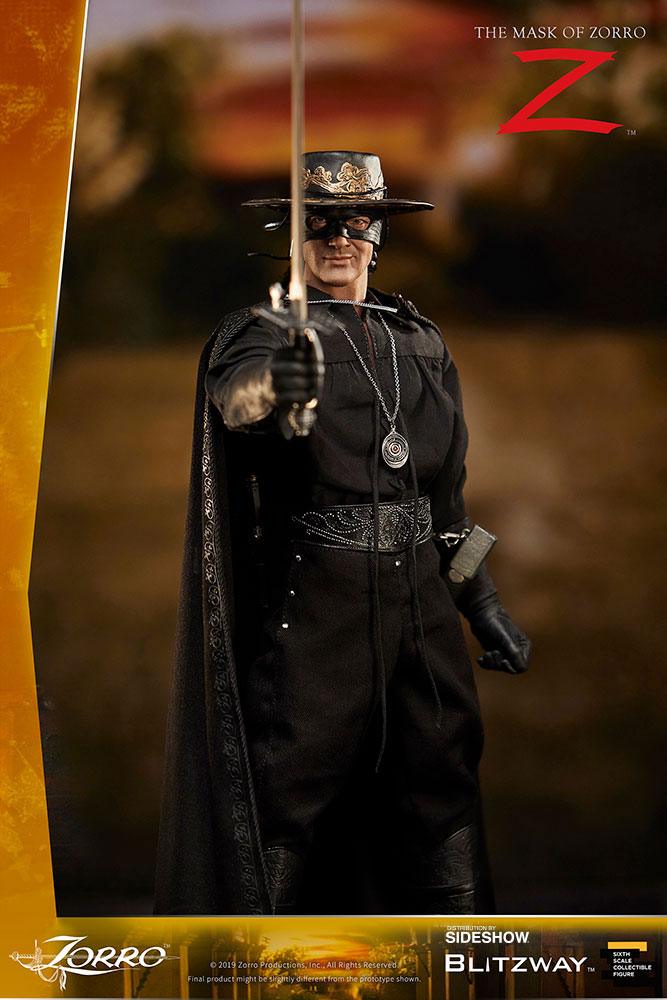 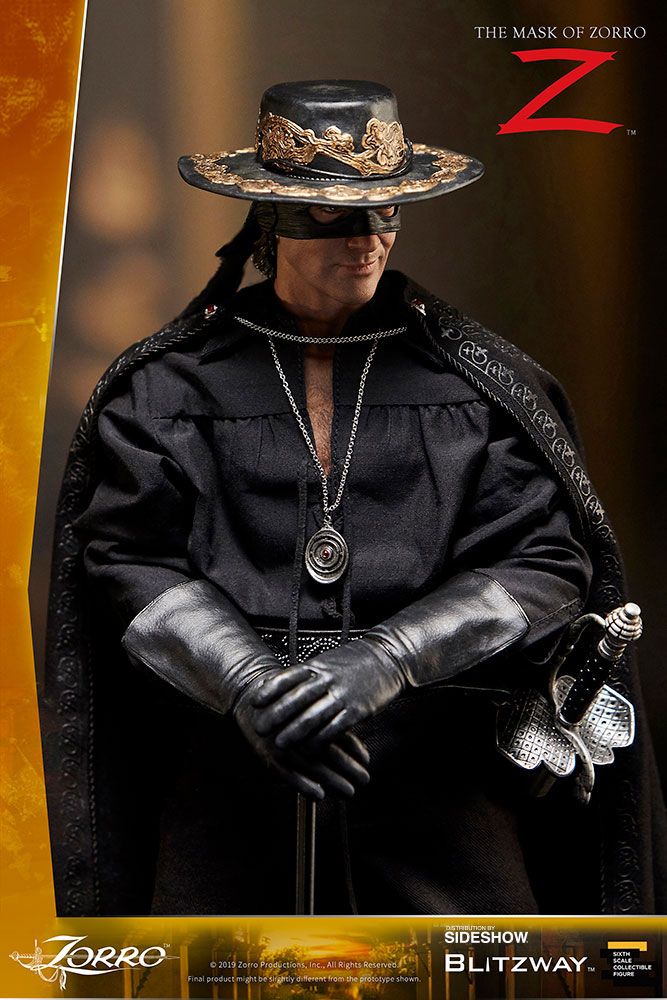 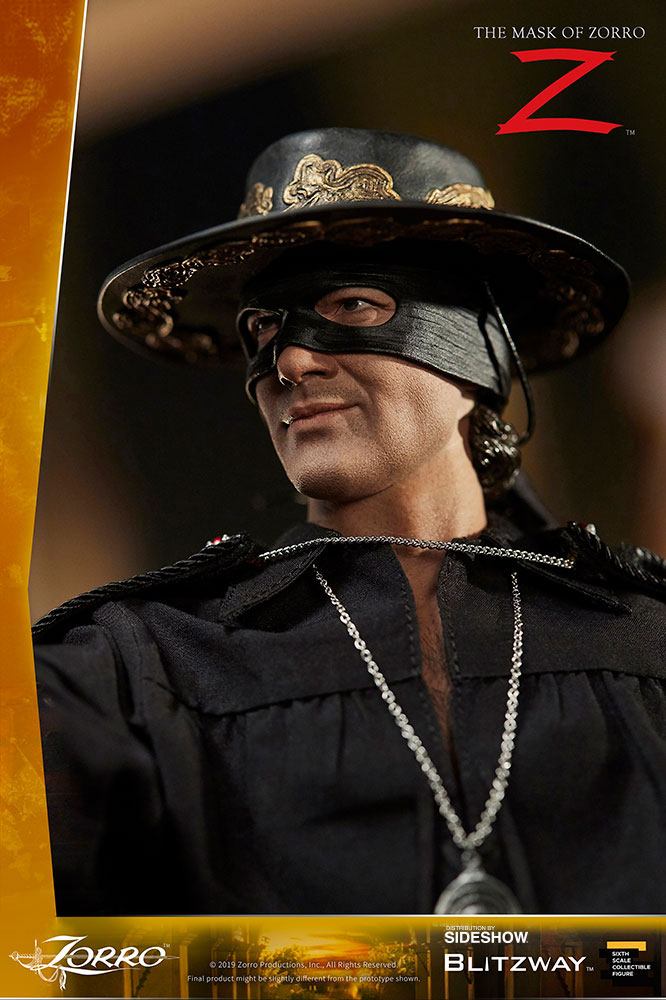 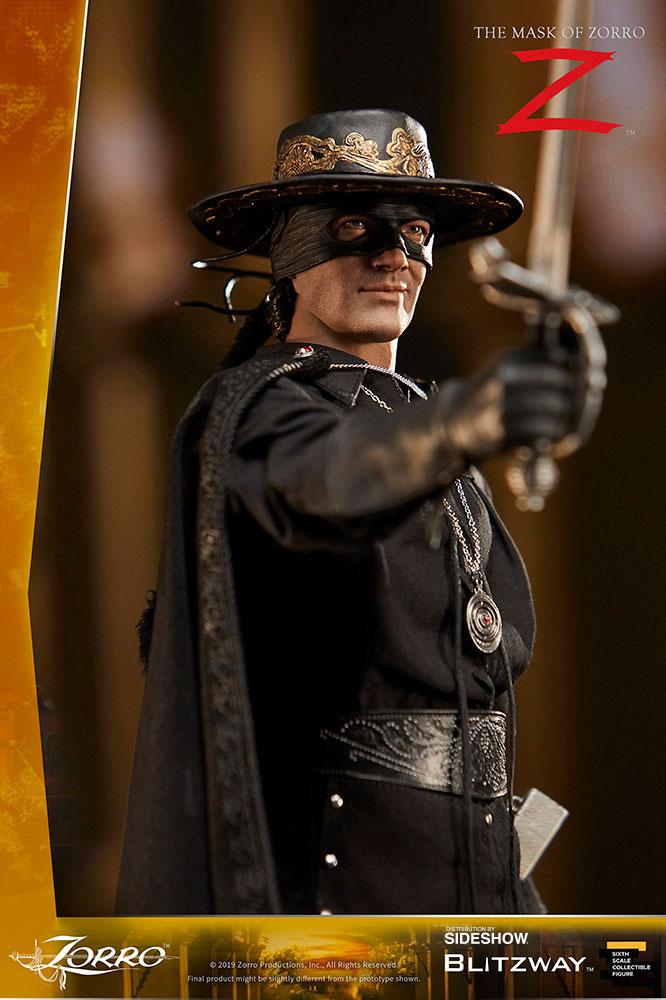 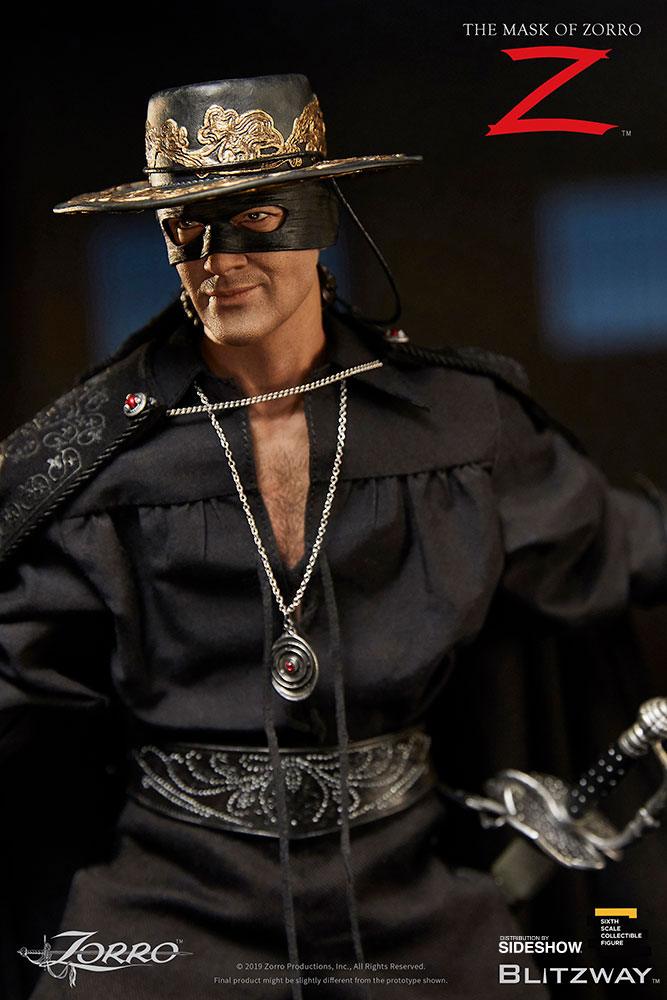 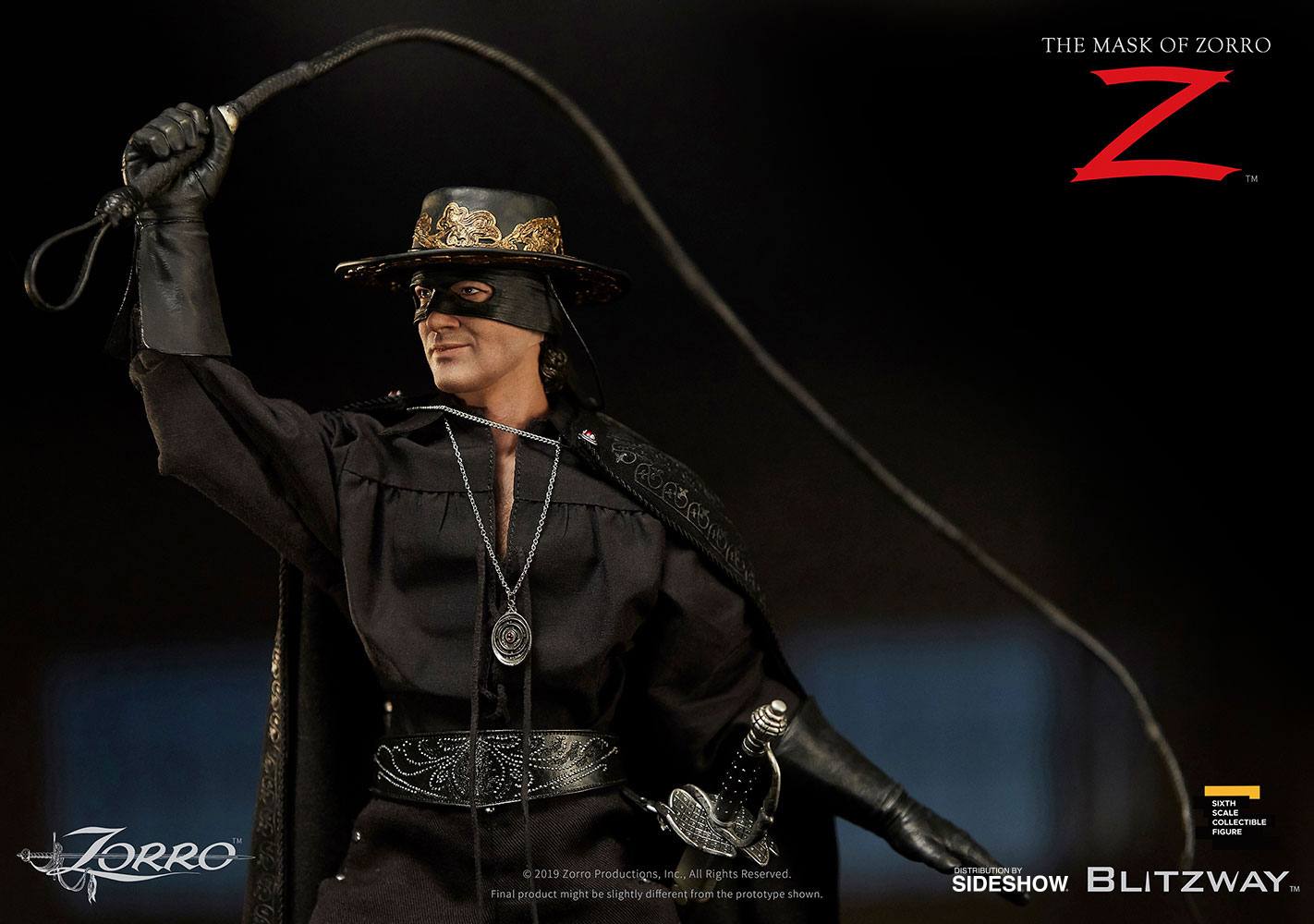 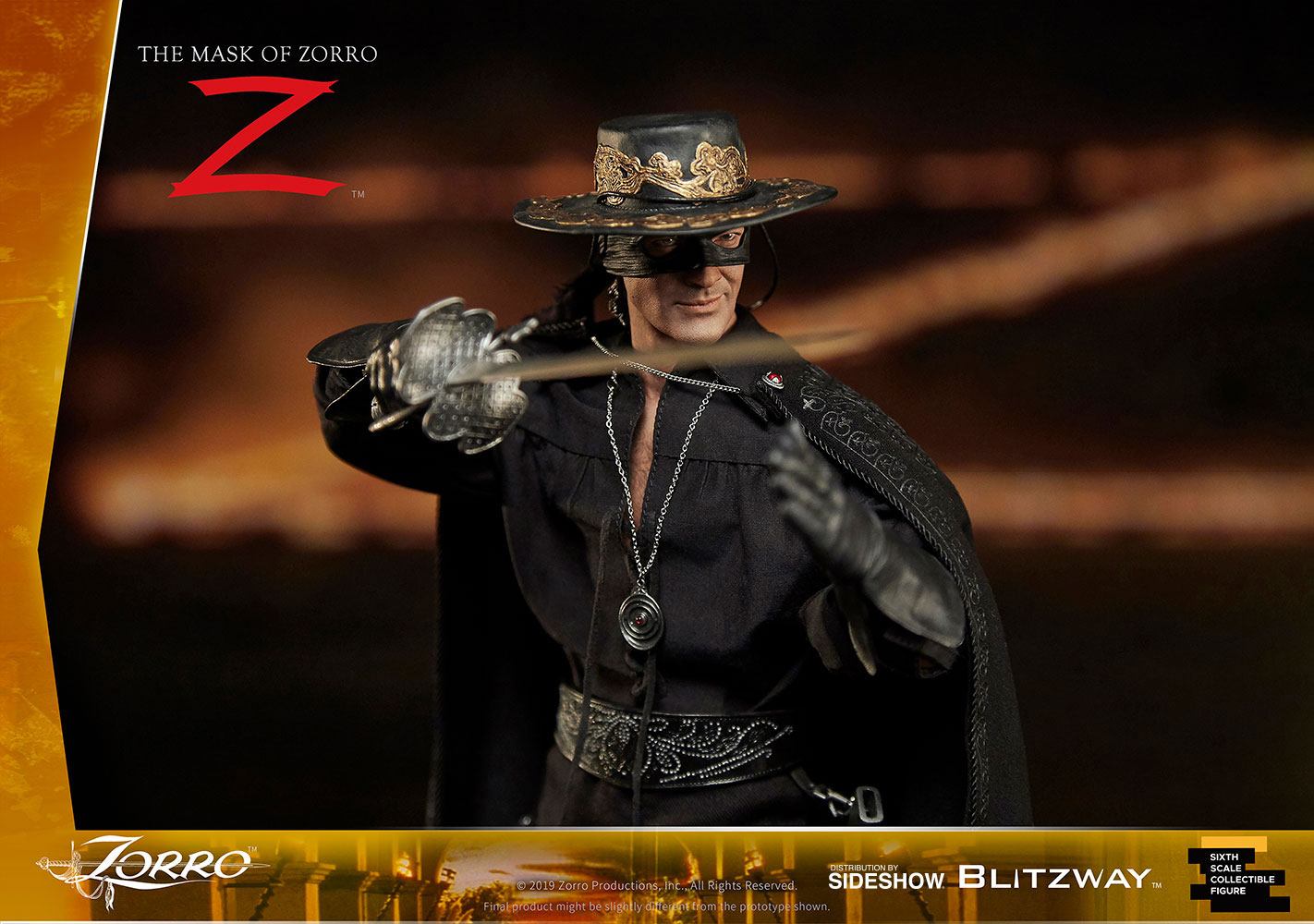 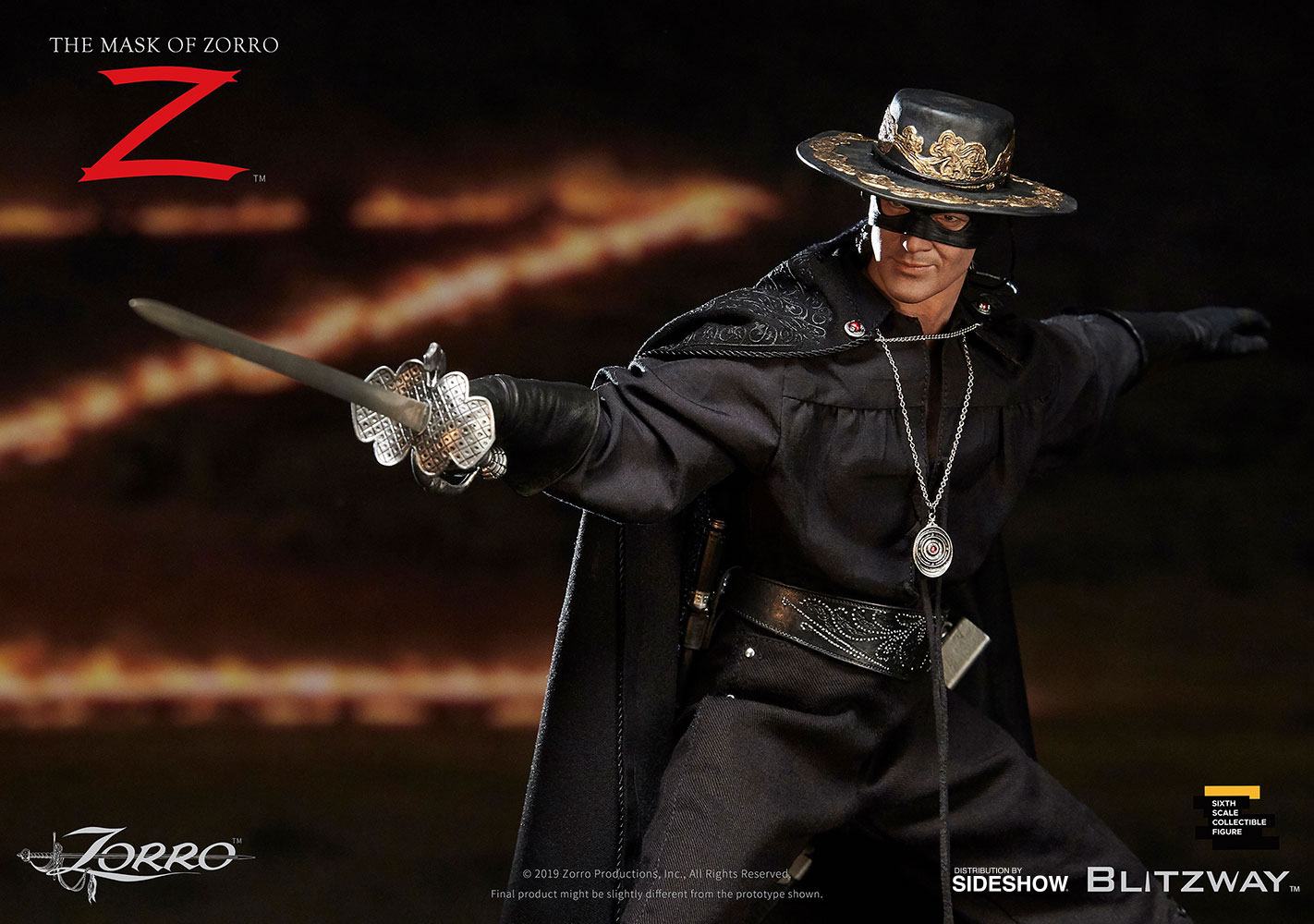 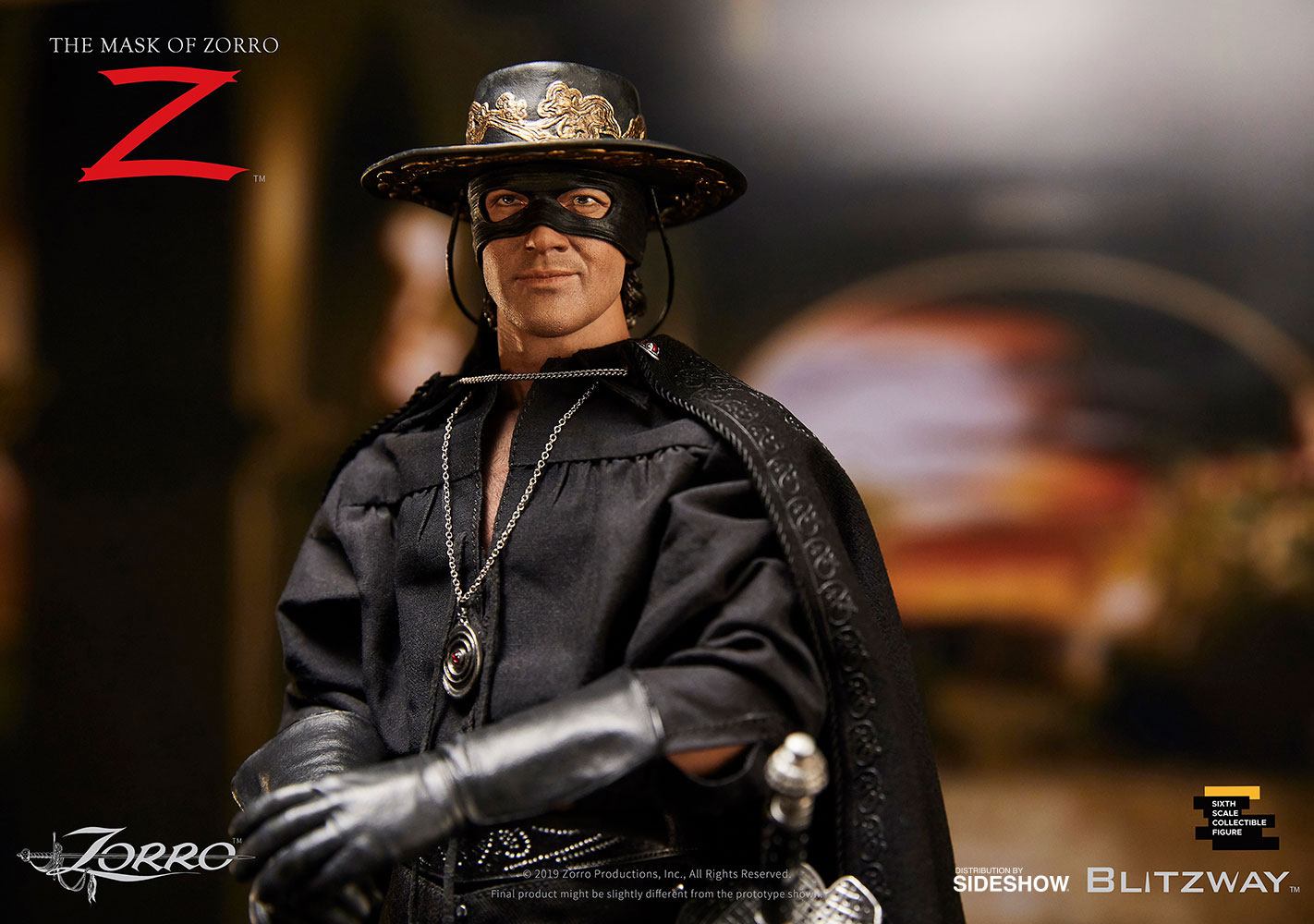 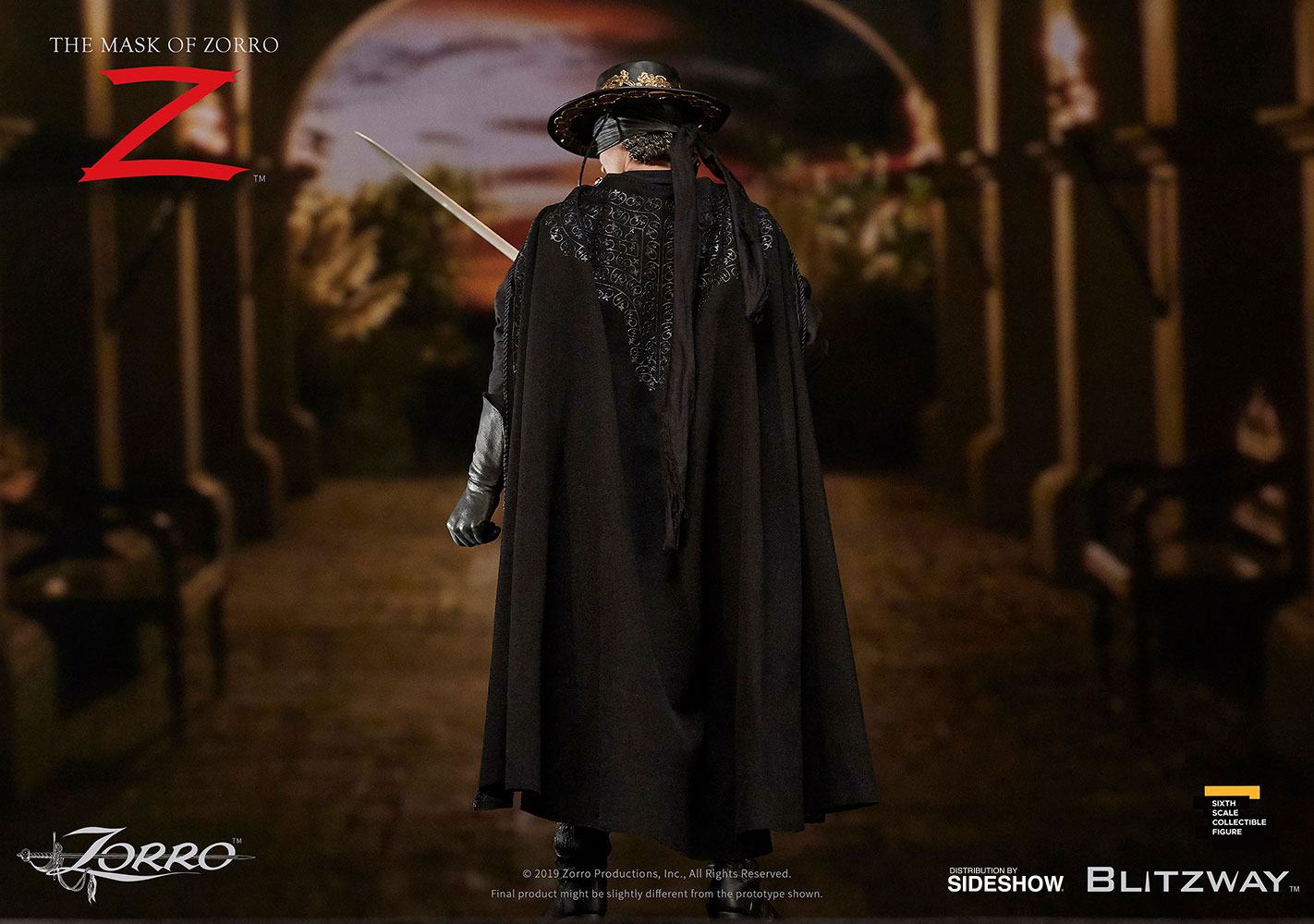 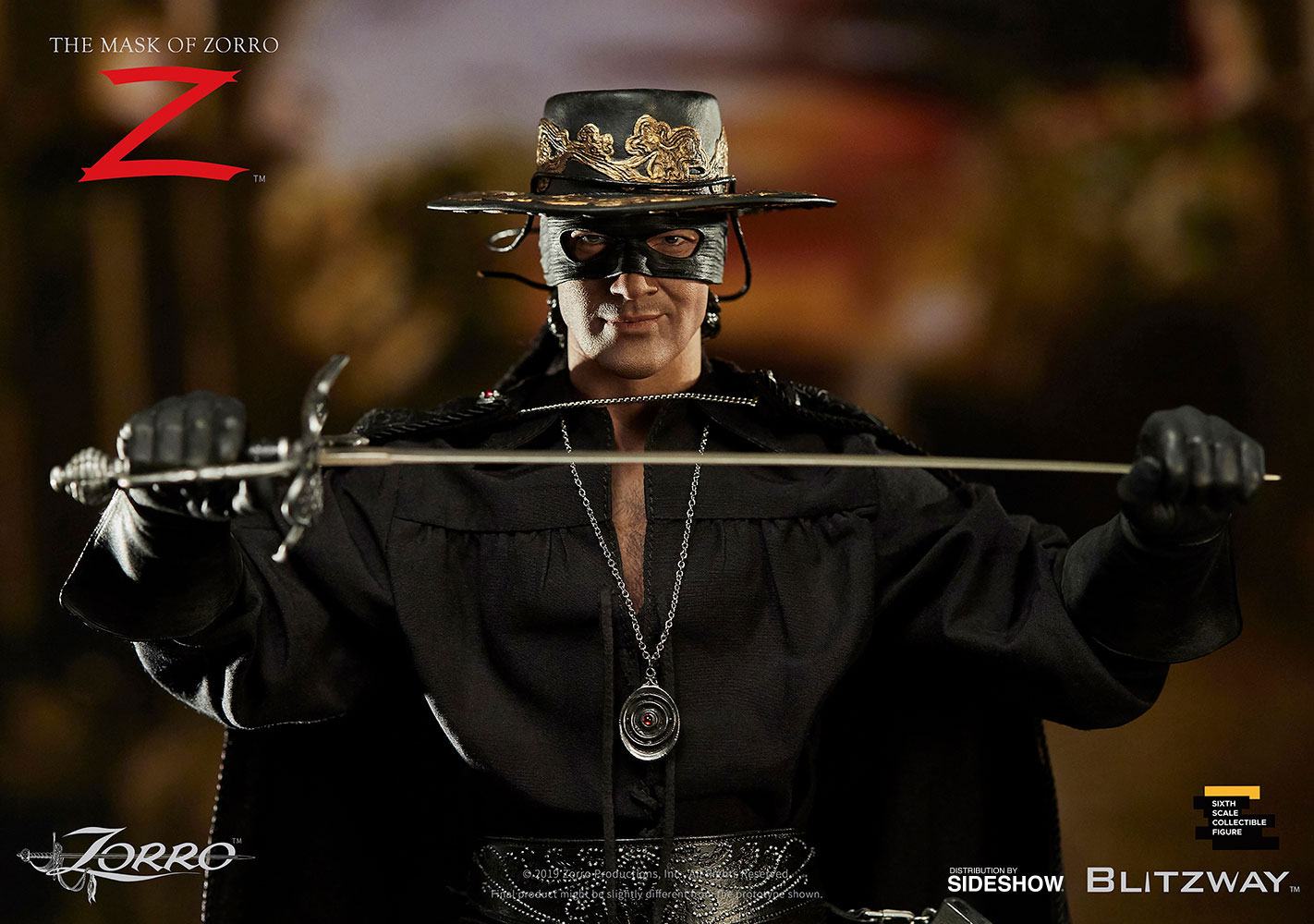 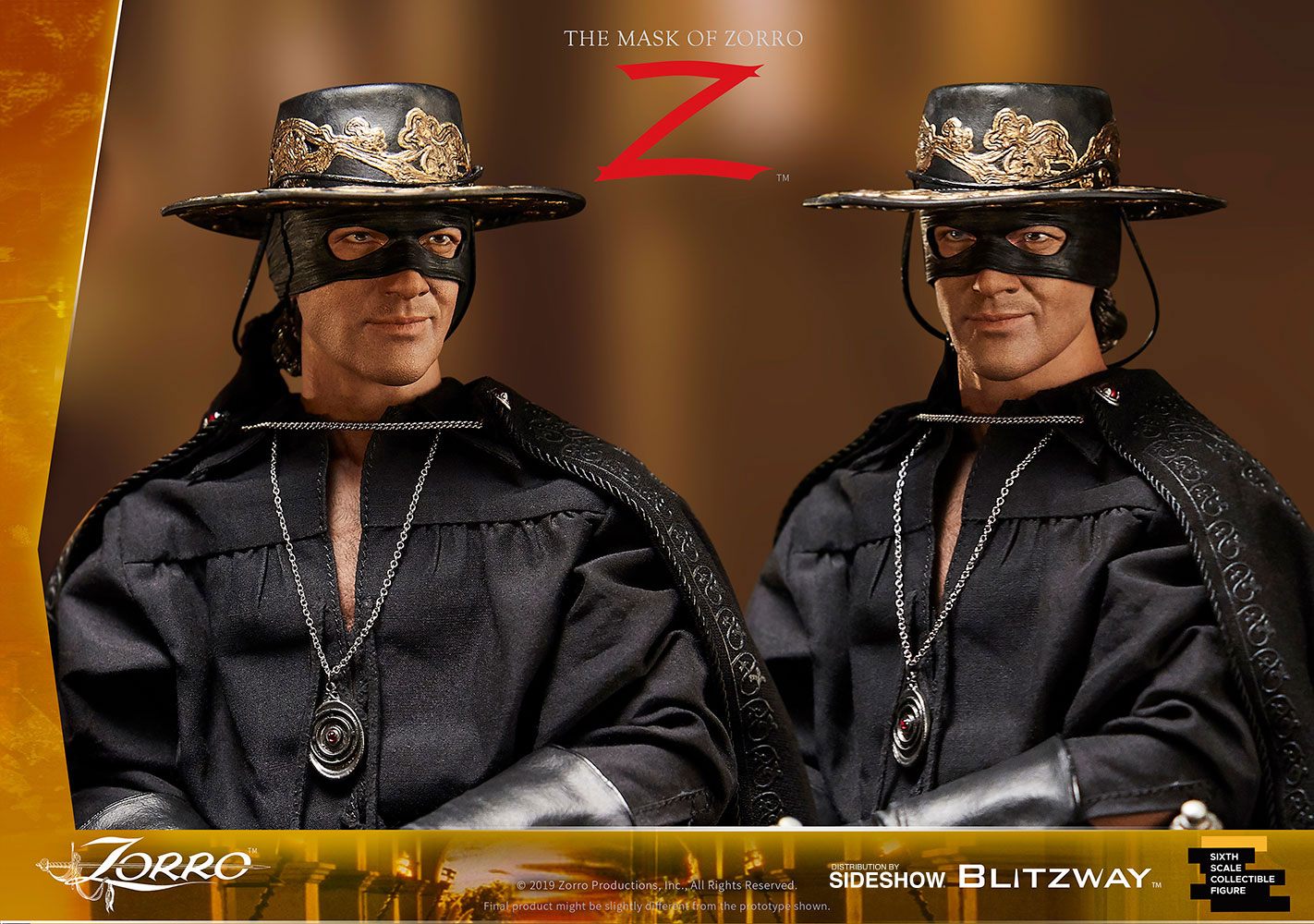 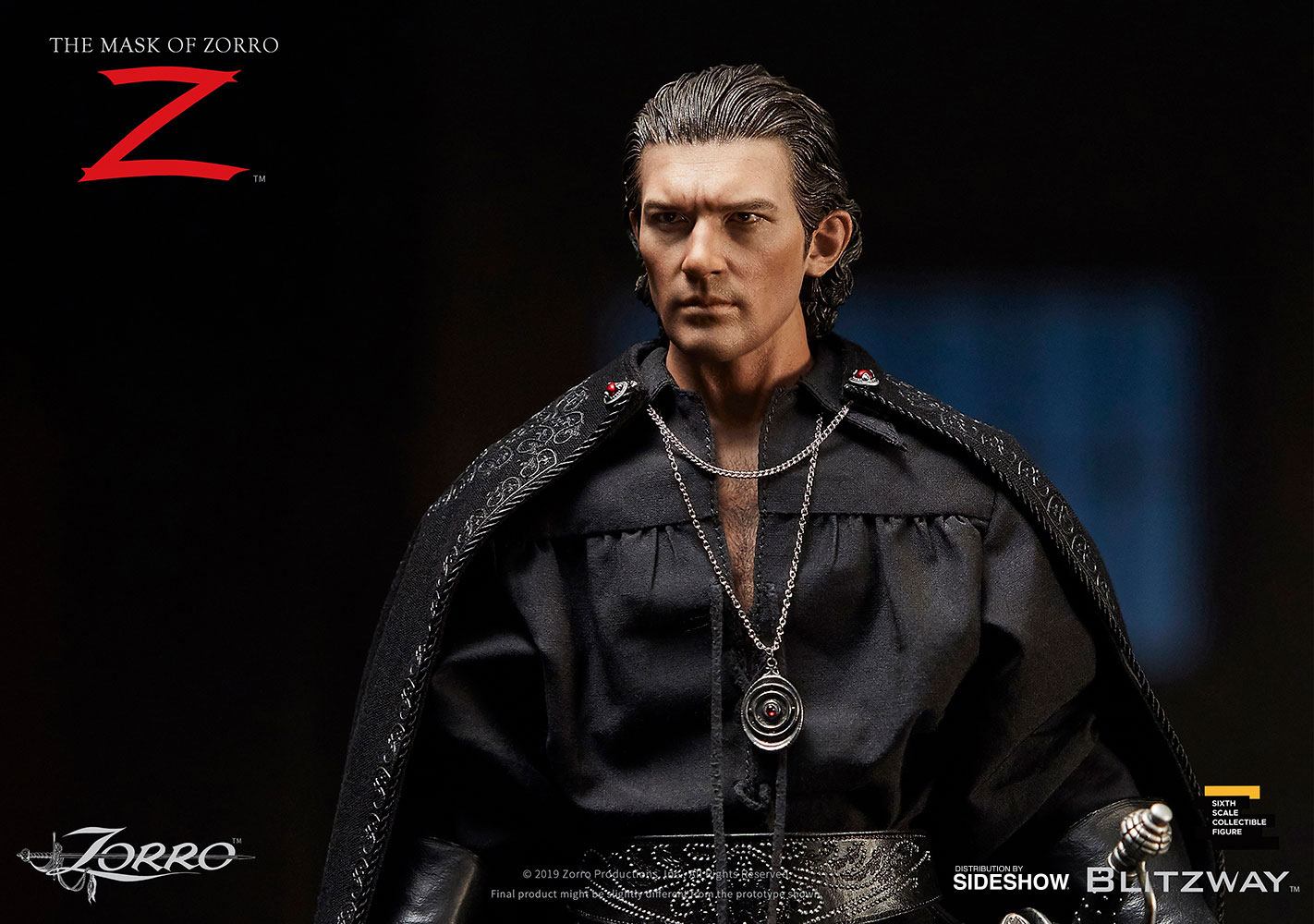 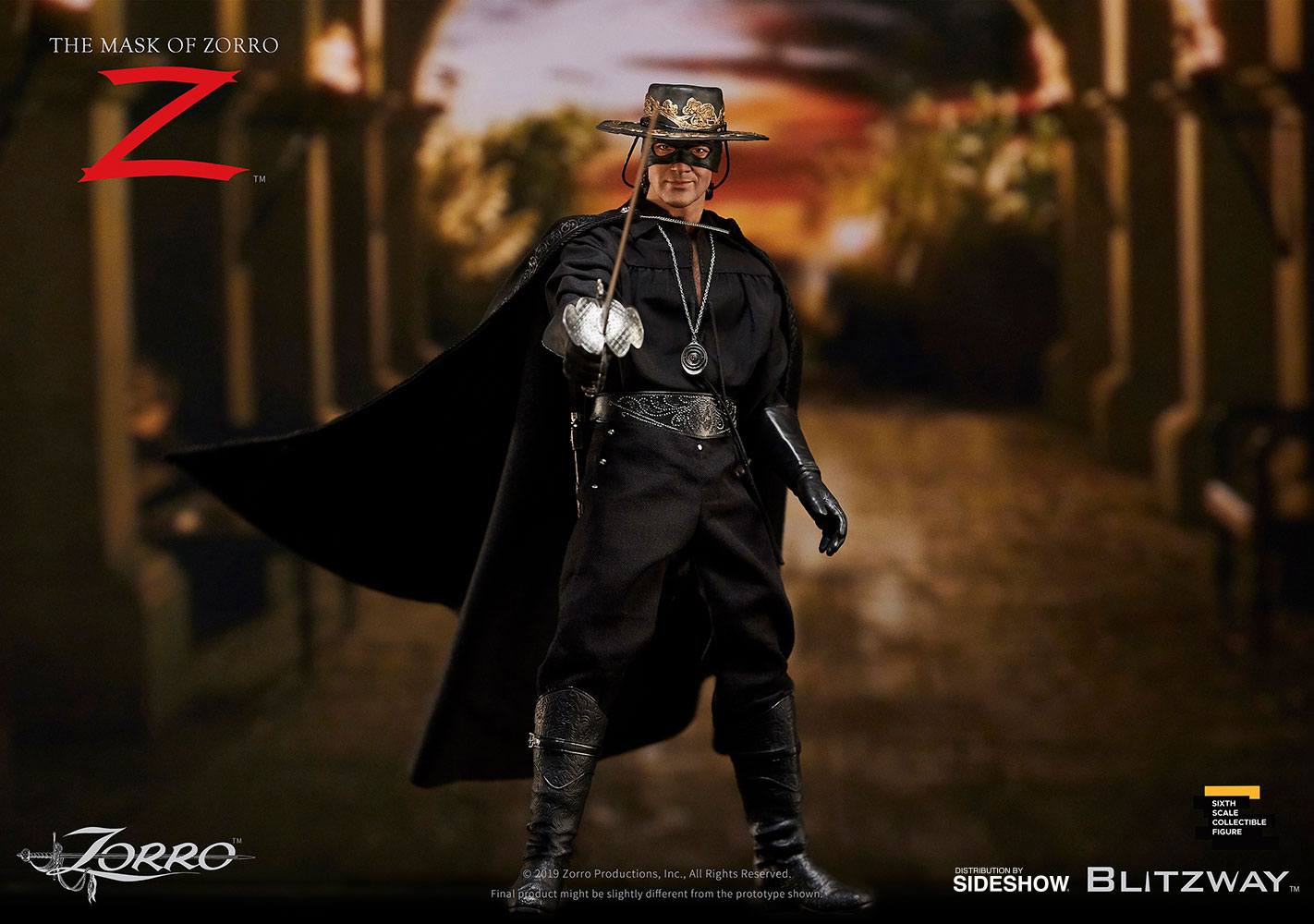 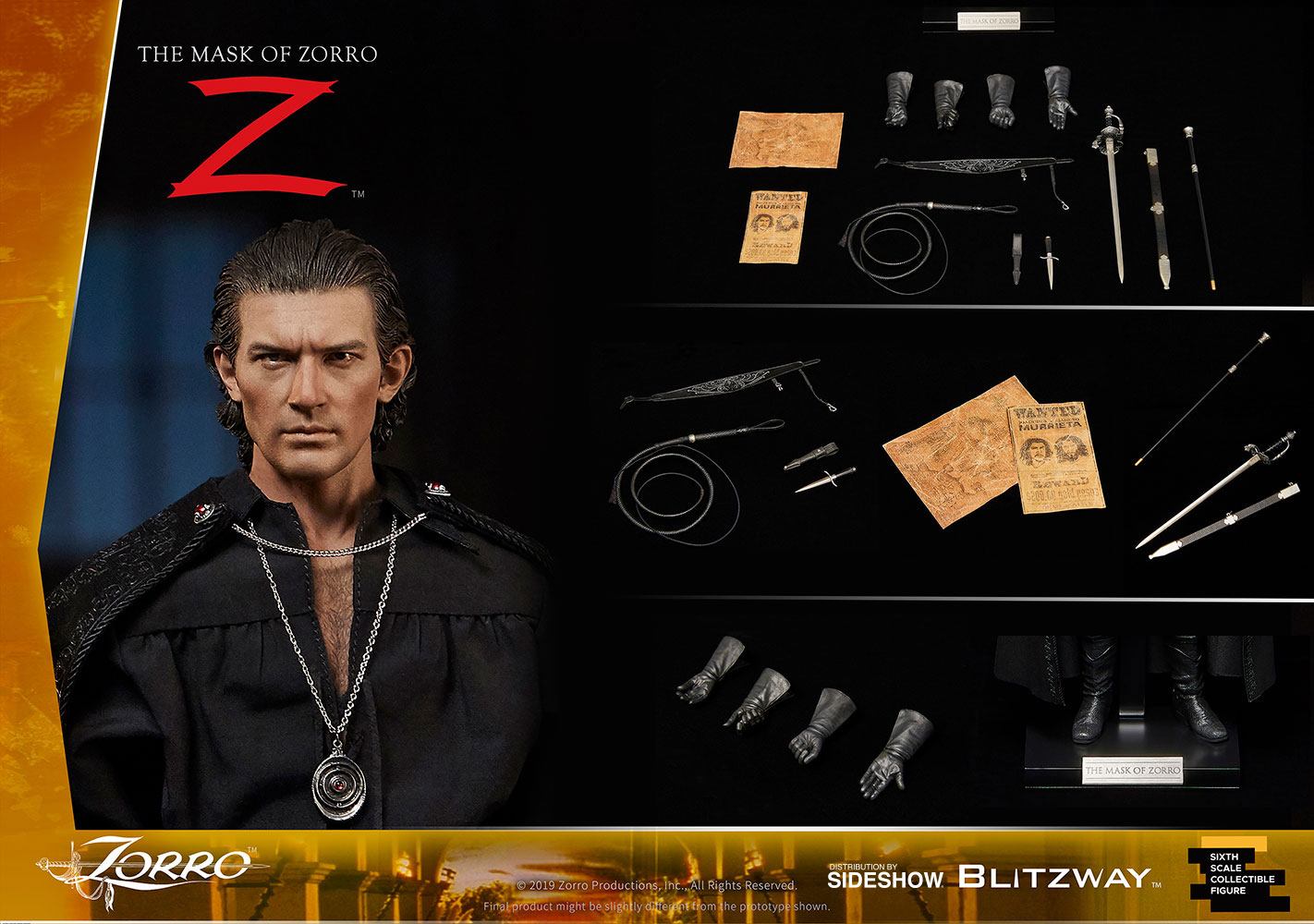 A Hero of Mexico, Zorro, steps in to put a stop to the long tyranny of injustice! Wielding his sword and whip, the masked crusader fights in honor of the people to punish wrongdoers and restore justice to the people. Sideshow and Blitzway proudly present the Zorro Sixth Scale Collectible Figure (Antonio Banderas), the hero of the Mask of Zorro that captures the hearts of his fans!

There are two versions of the head sculpt, masked and unmasked, while each figure shows the tough yet humorous characteristic traits of the character. The highly detailed costume, various realistic and sophisticated props, and particular hands create a more dynamic visual of Zorro’s character. Zorro’s humorous and exhilarating action sequences enrapture our minds! Take a look for yourself at the mask of zorro who fights gloriously for the peace of San Tasco.

You know Zorro. He could be anywhere.