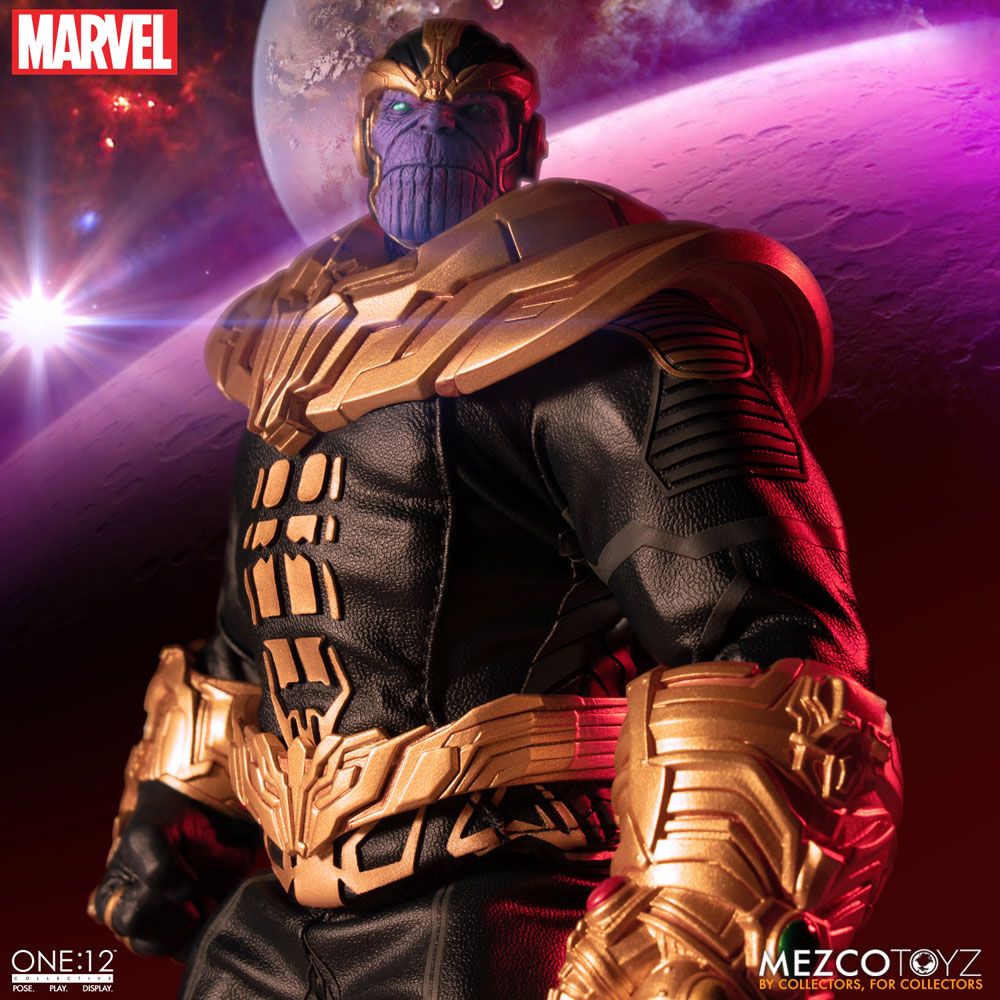 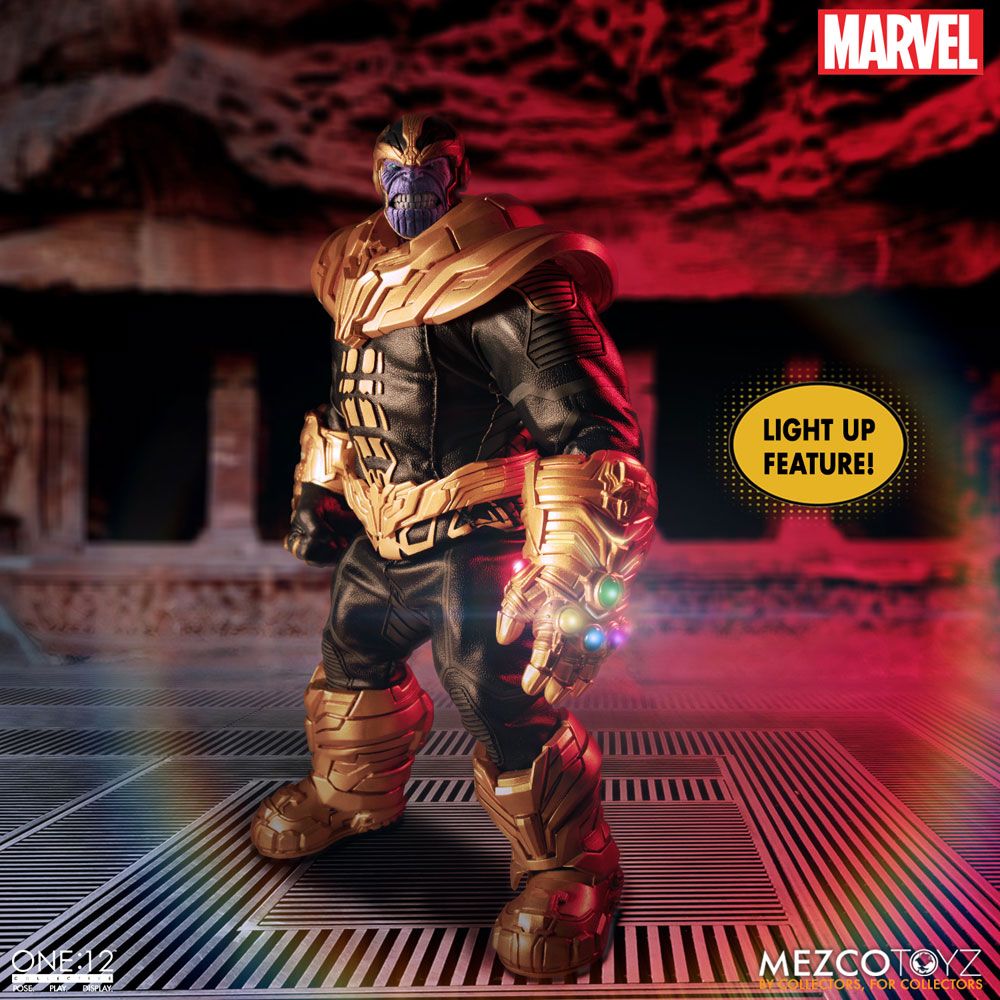 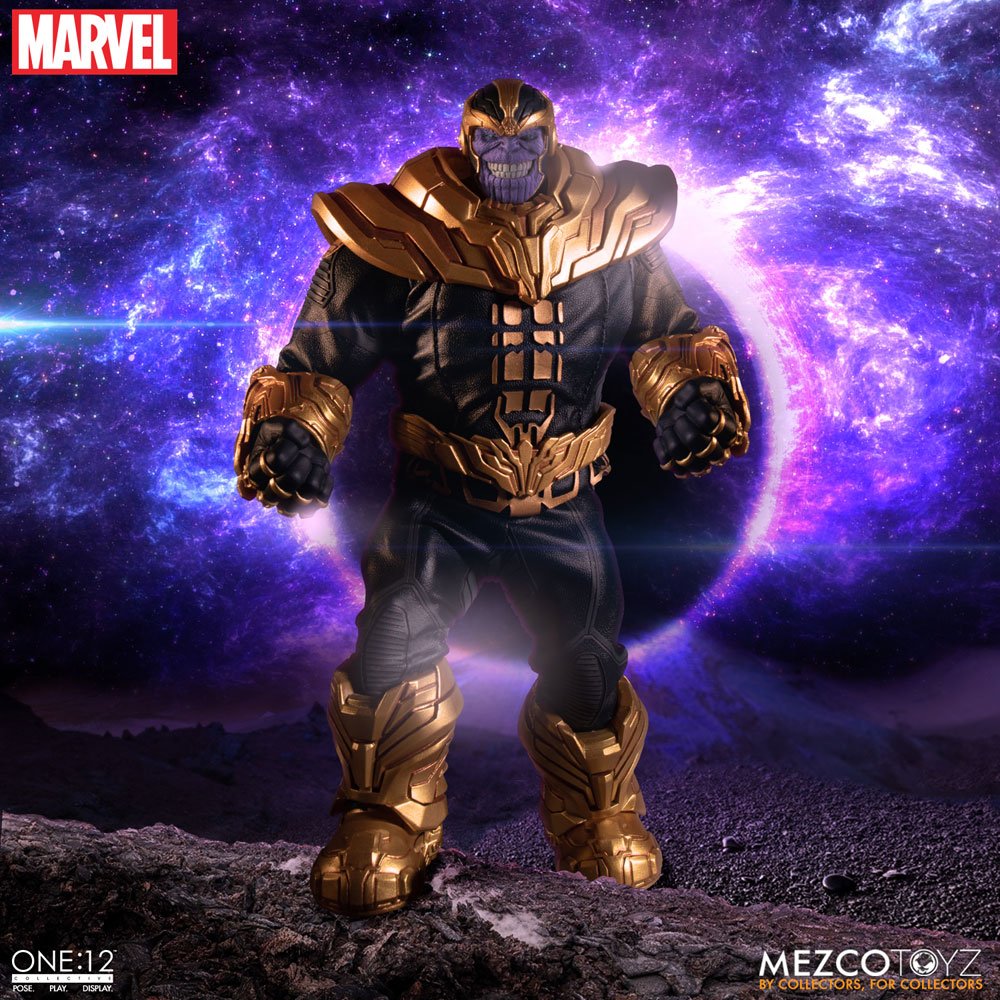 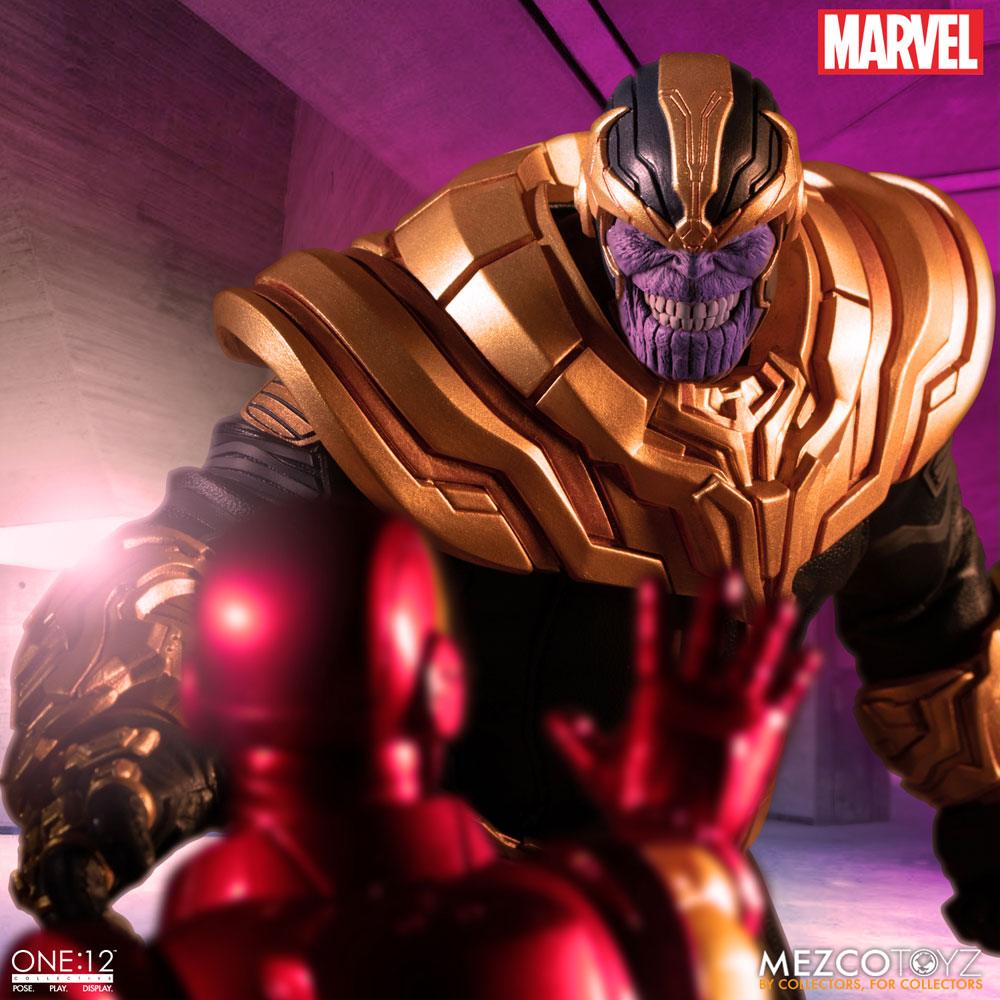 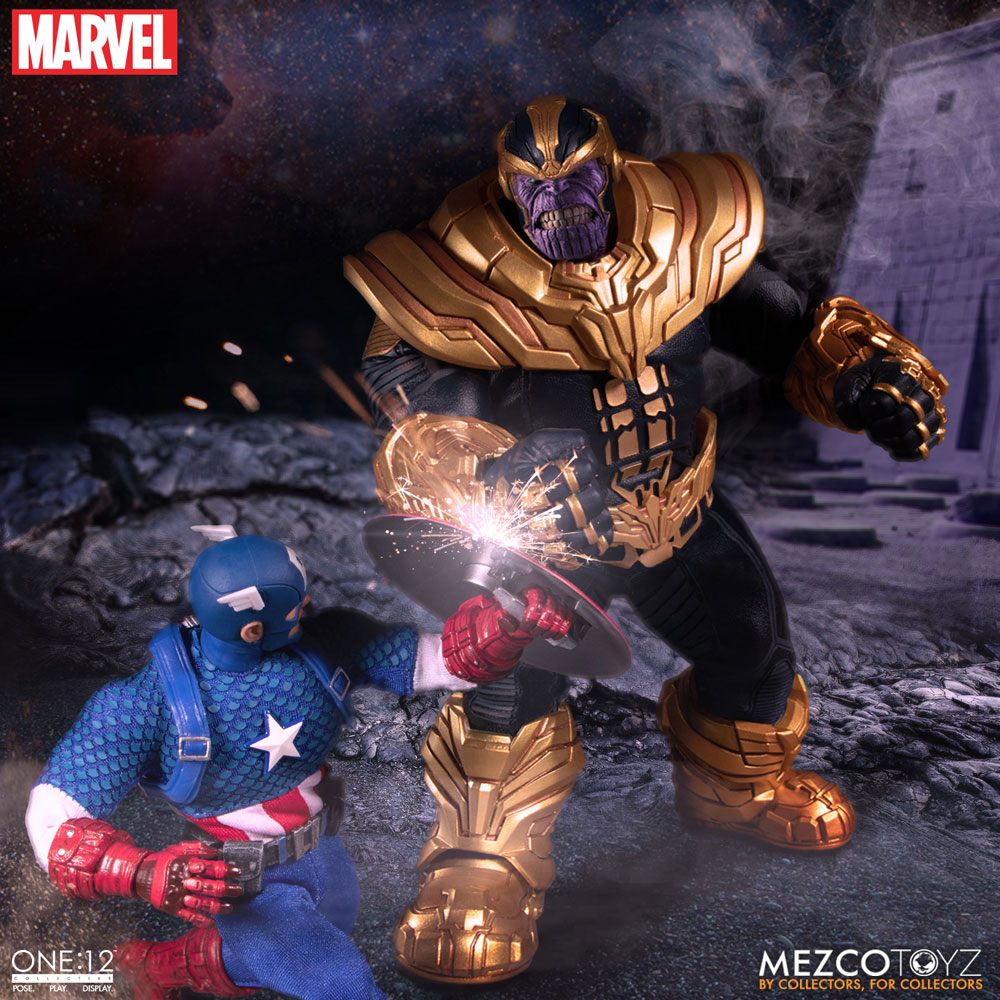 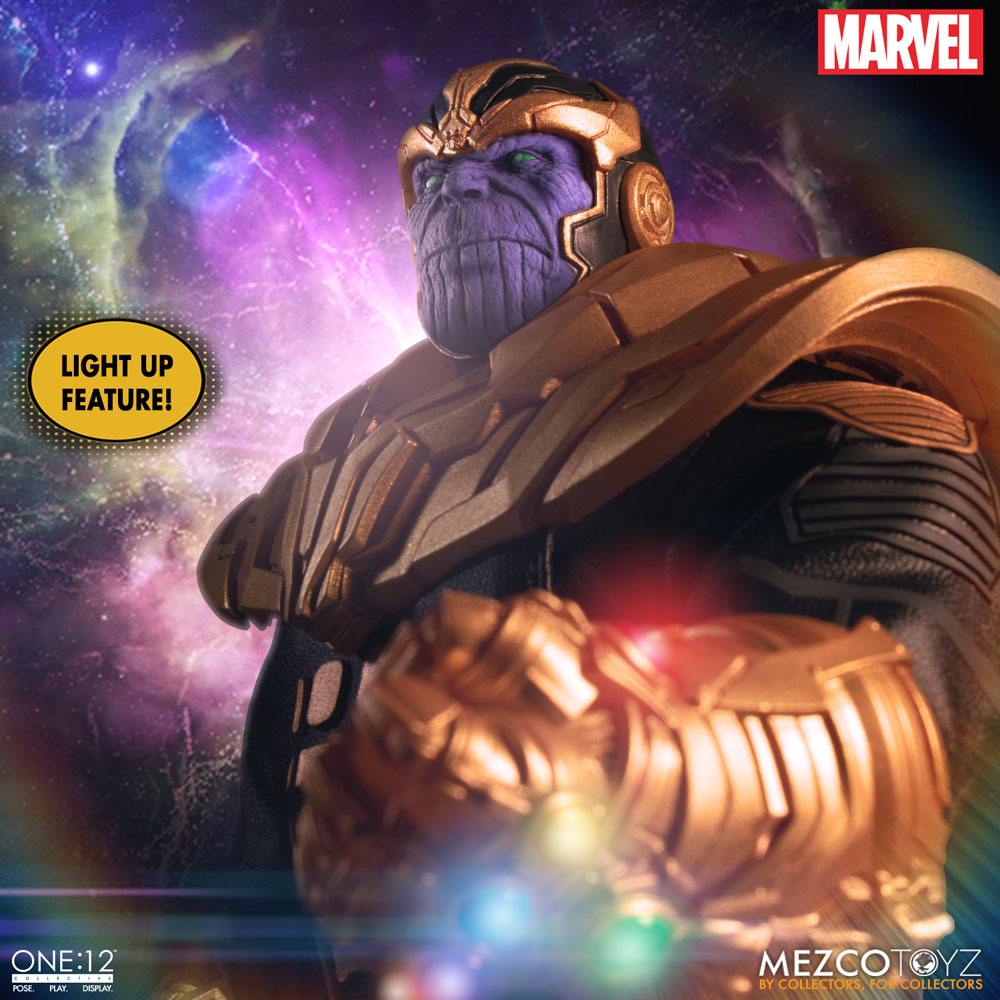 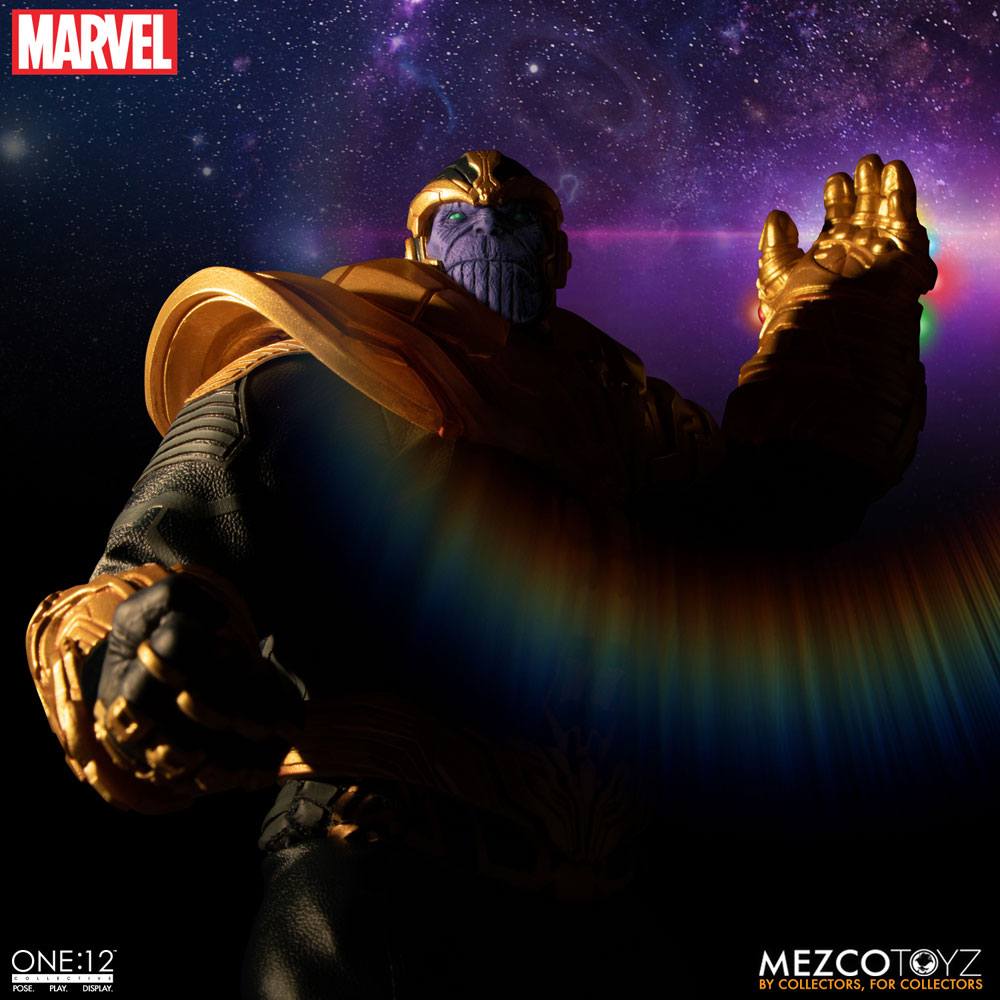 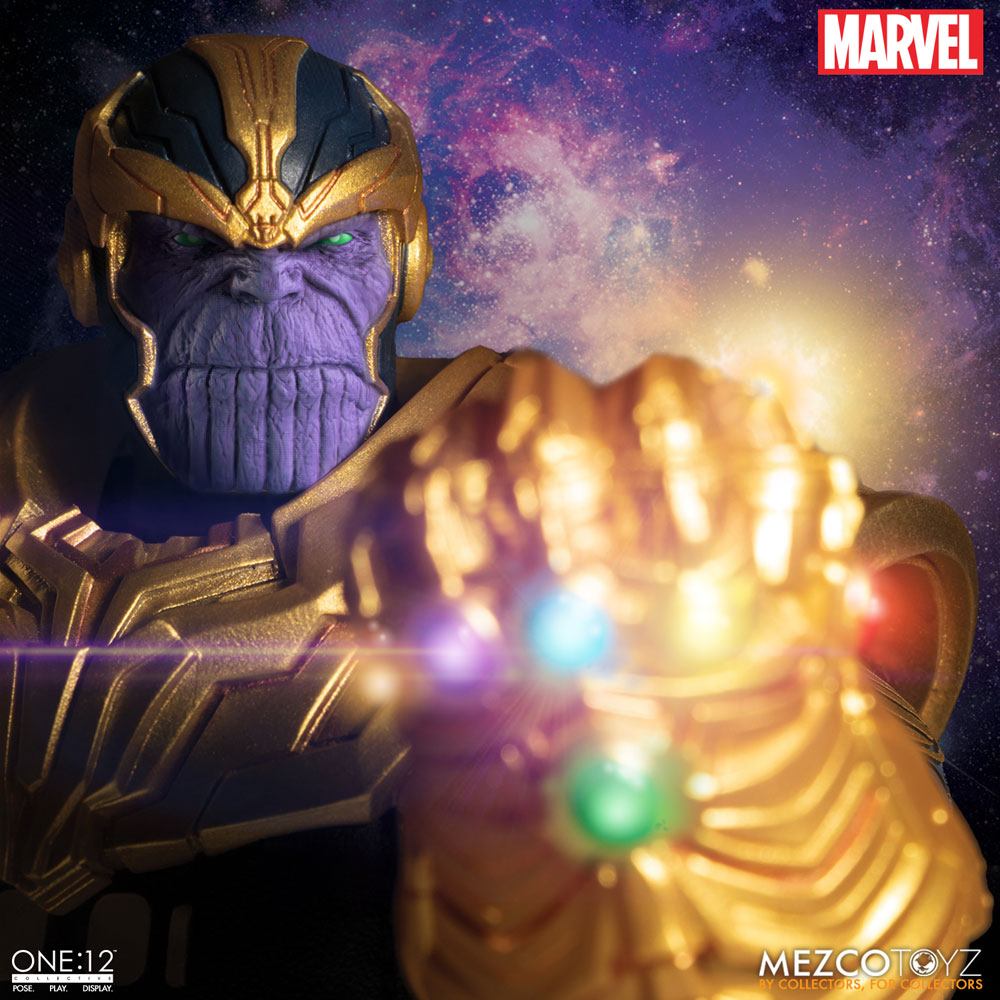 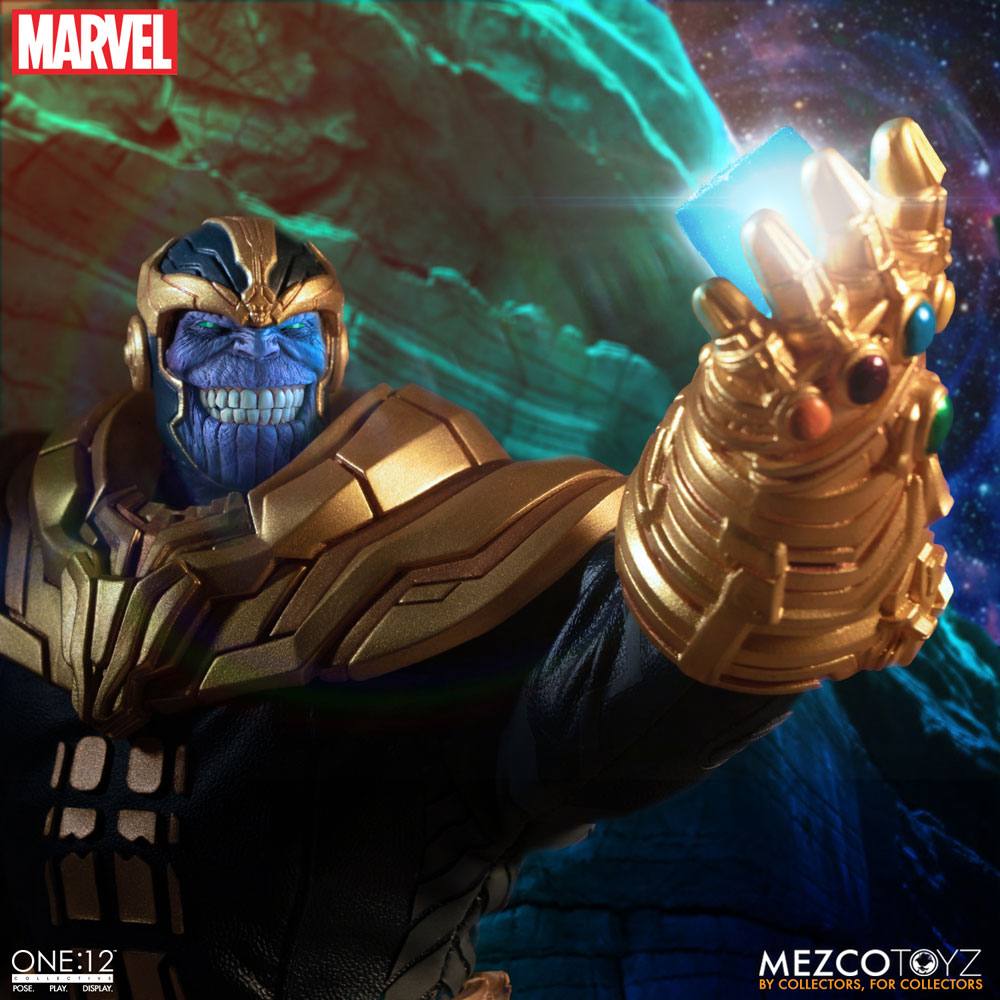 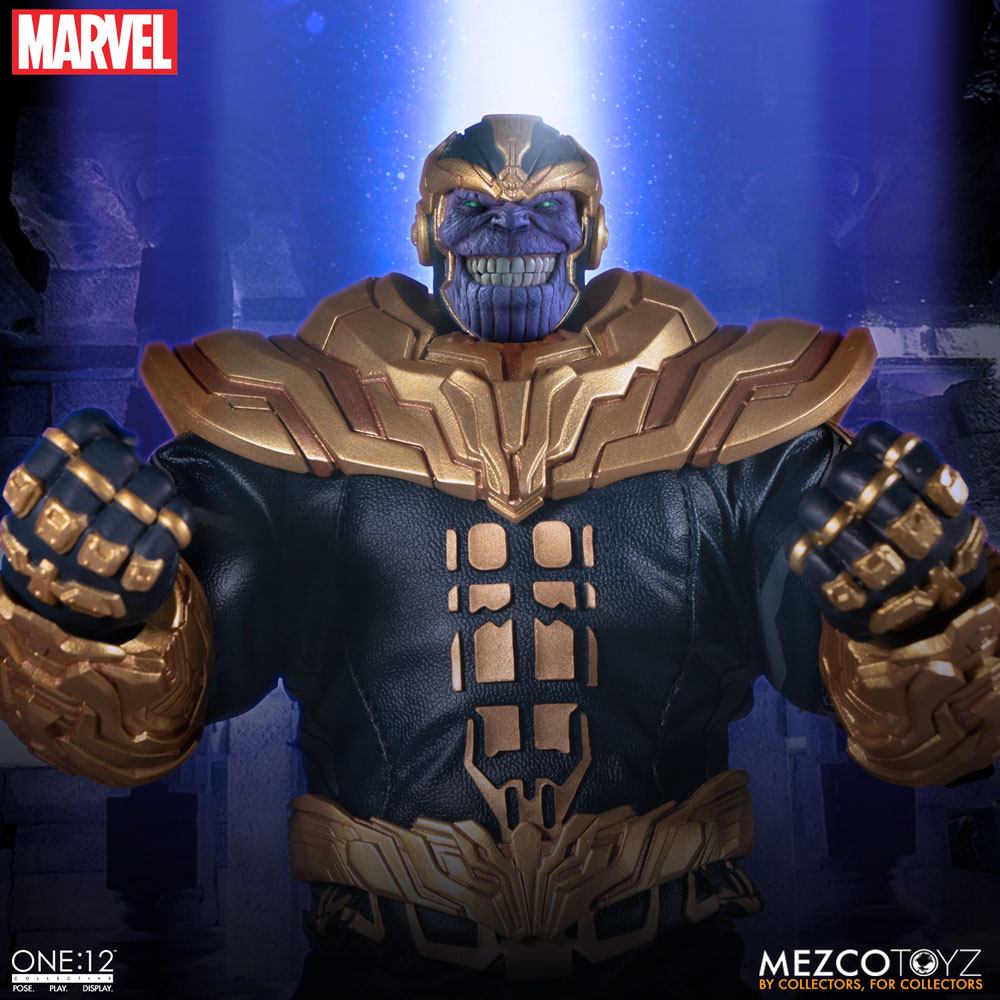 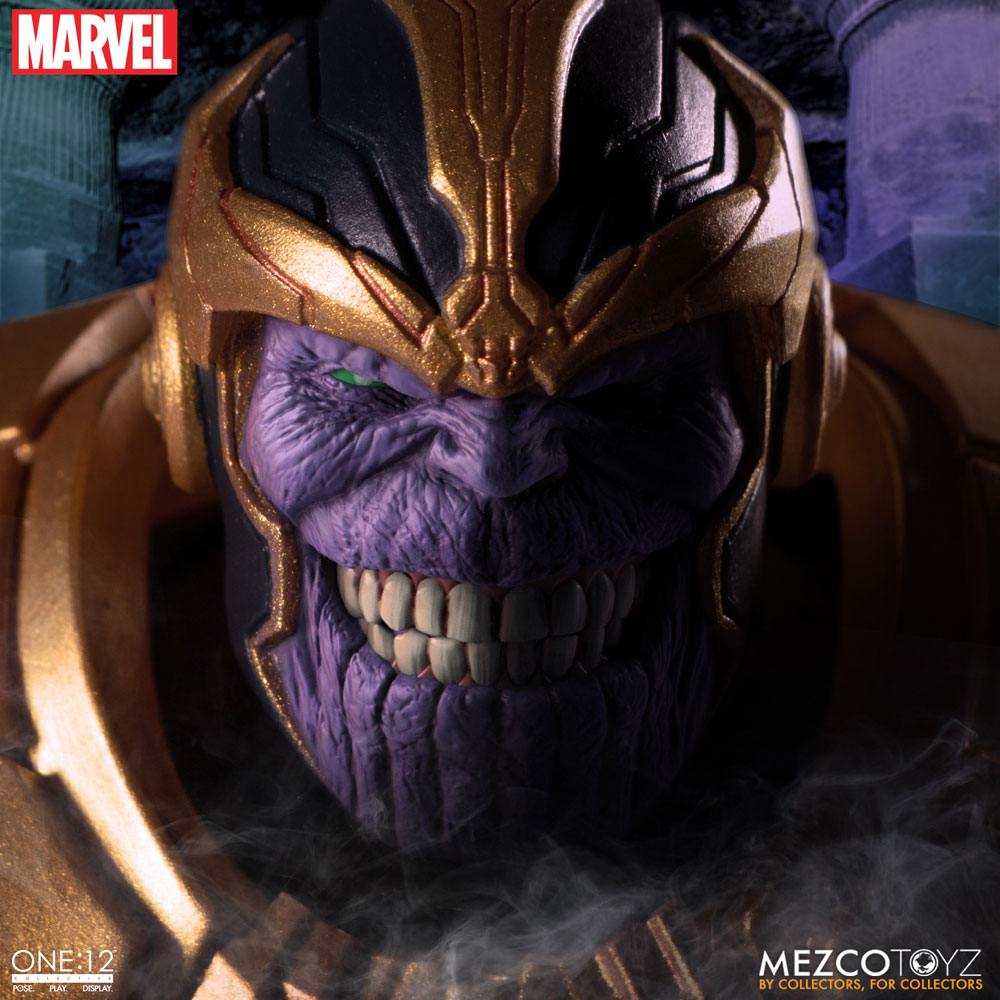 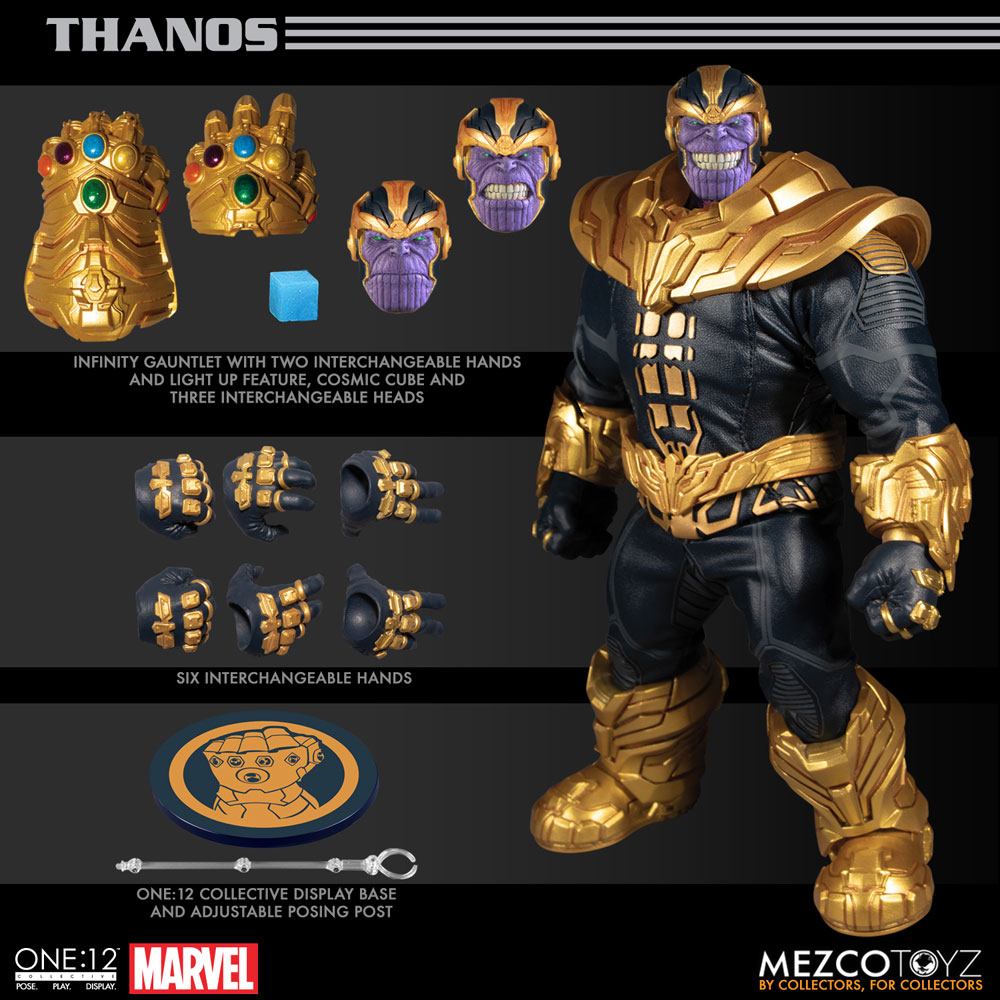 The One:12 Collective Thanos is outfitted in a battle suit with reinforced chest and shoulder armor, and includes three head portraits depicting varying degrees of the warlord’s grimace.

The Mad Titan wields the power of all six infinity stones, which shine brightly via a light-up function within his included infinity gauntlet. Thanos is able to control matter and energy with the Cosmic Cube that he can hold neatly in his hands.

A member of the superhuman race known as the Titanian Eternals, Thanos demonstrates enormous superhuman abilities and is able to absorb and project vast quantities of cosmic energy. Feared by the mightiest heroes across the cosmos, Thanos is plagued with saving the universe from itself.

Each One:12 Collective Thanos figure is packaged in a collector friendly box, designed with collectors in mind.