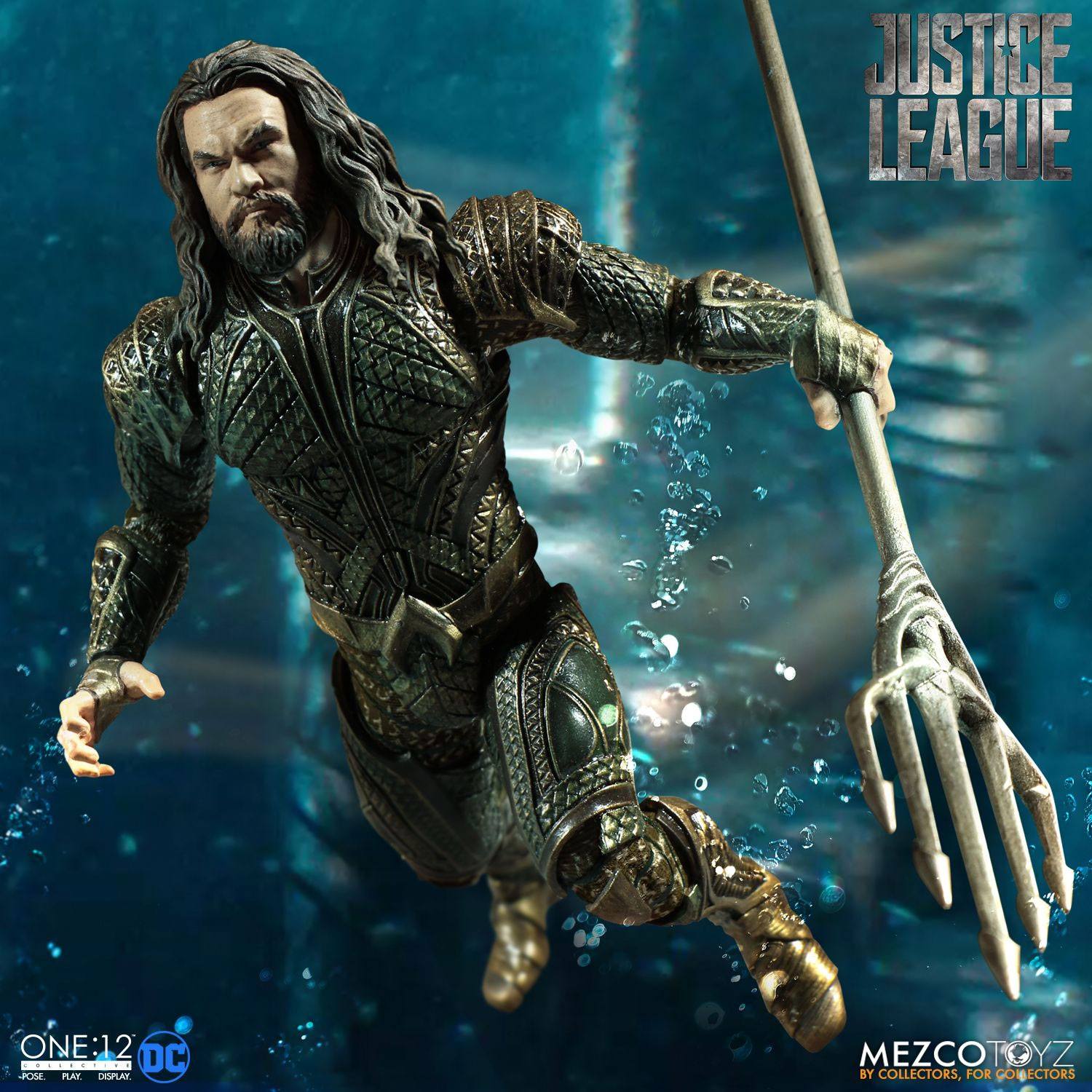 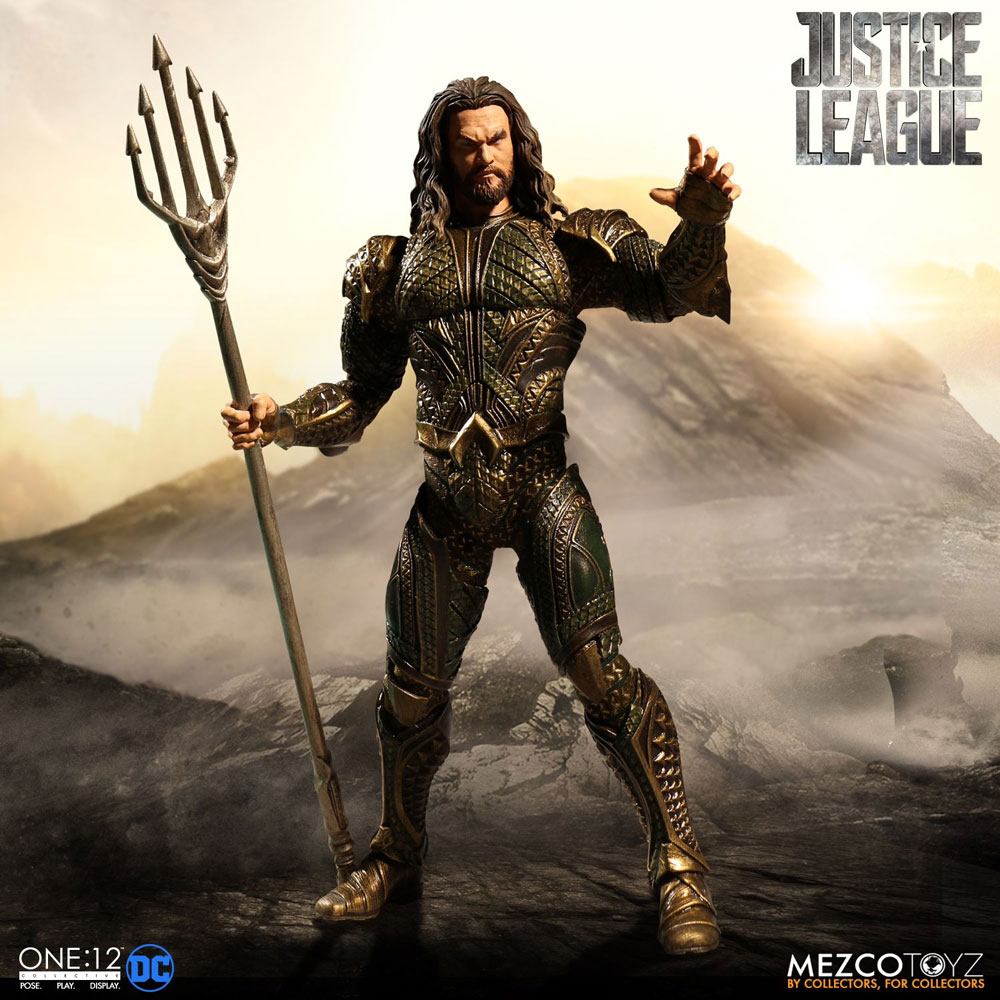 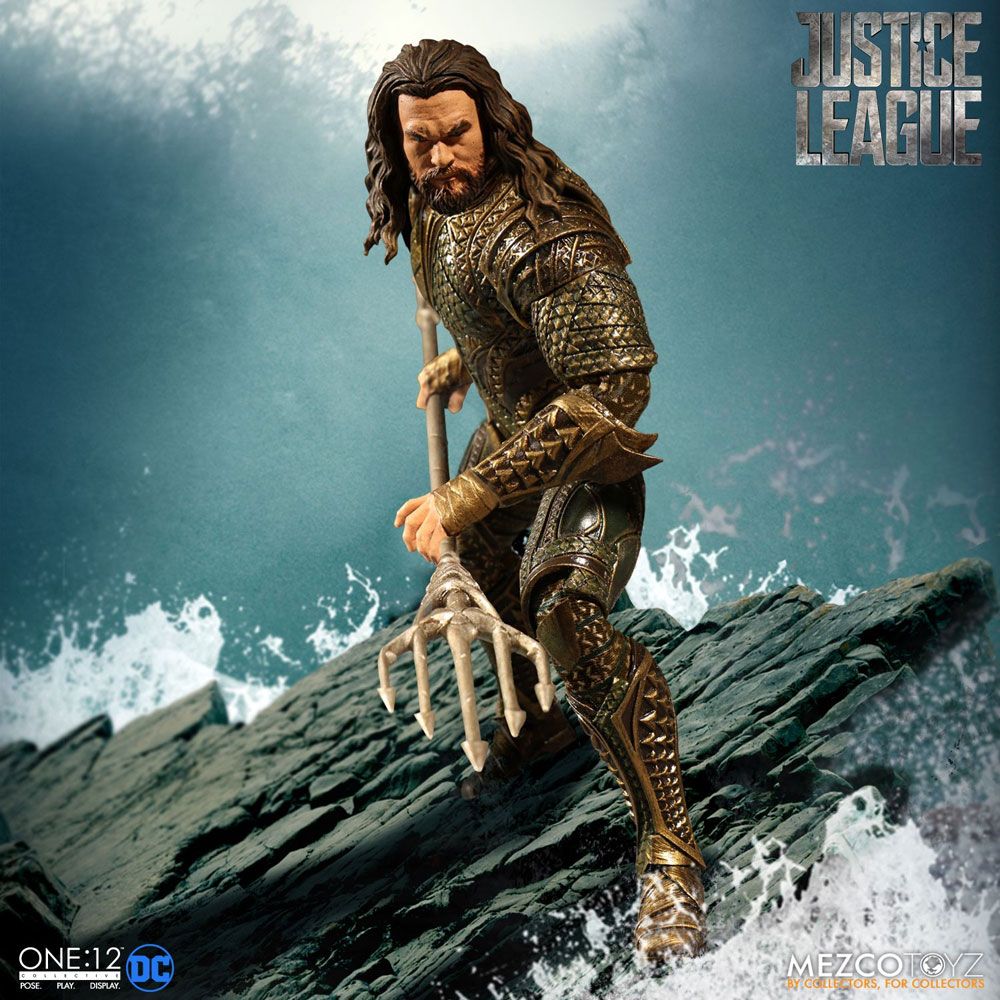 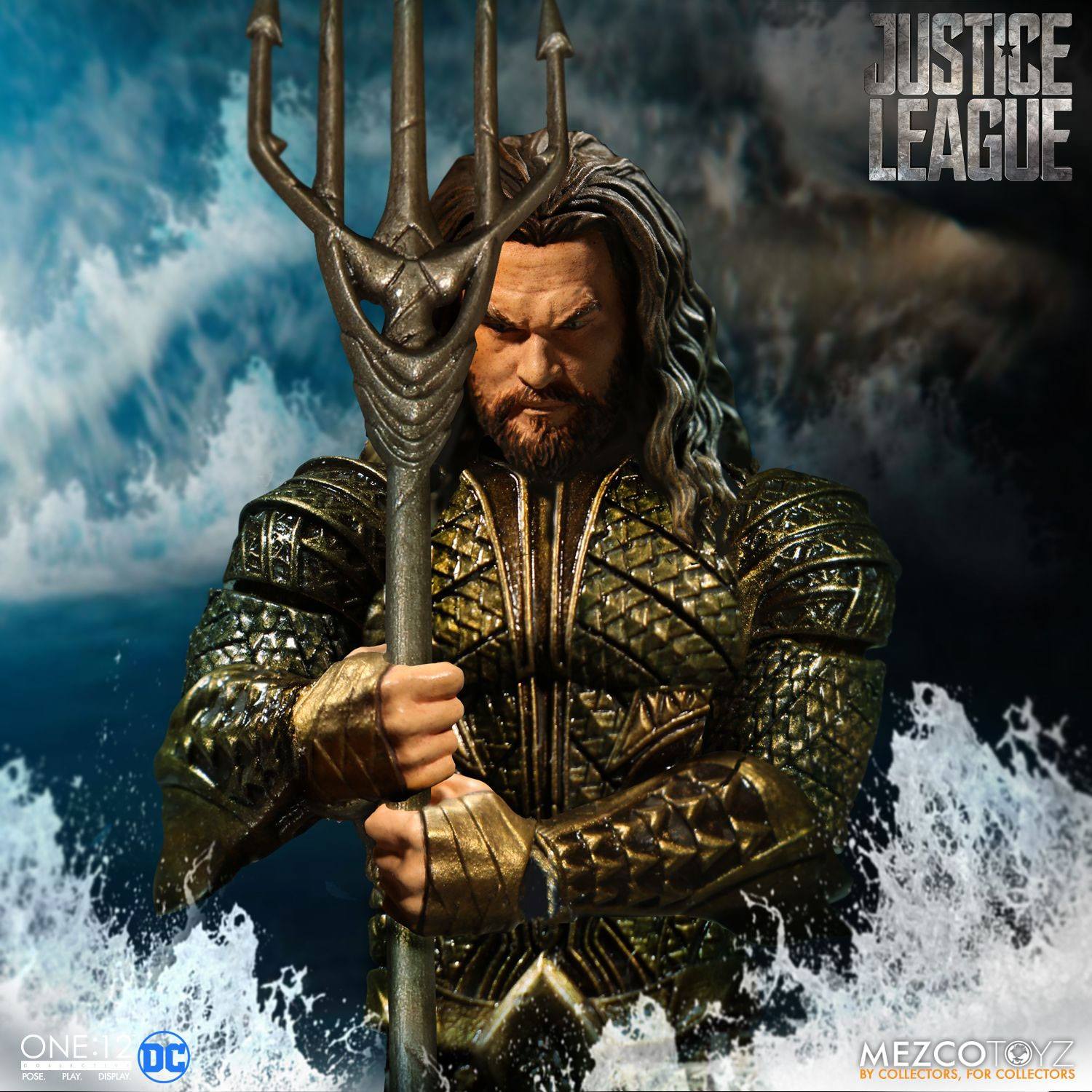 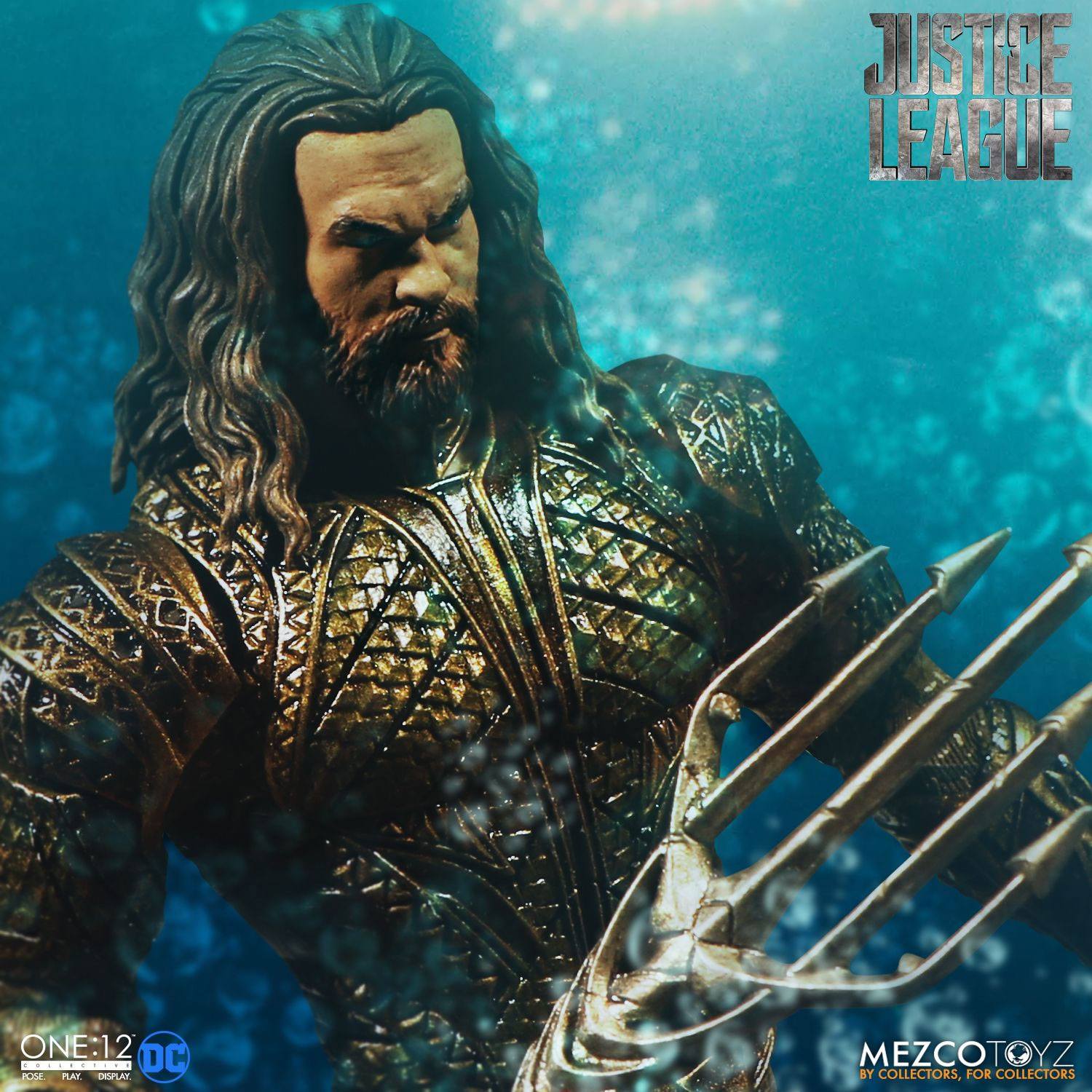 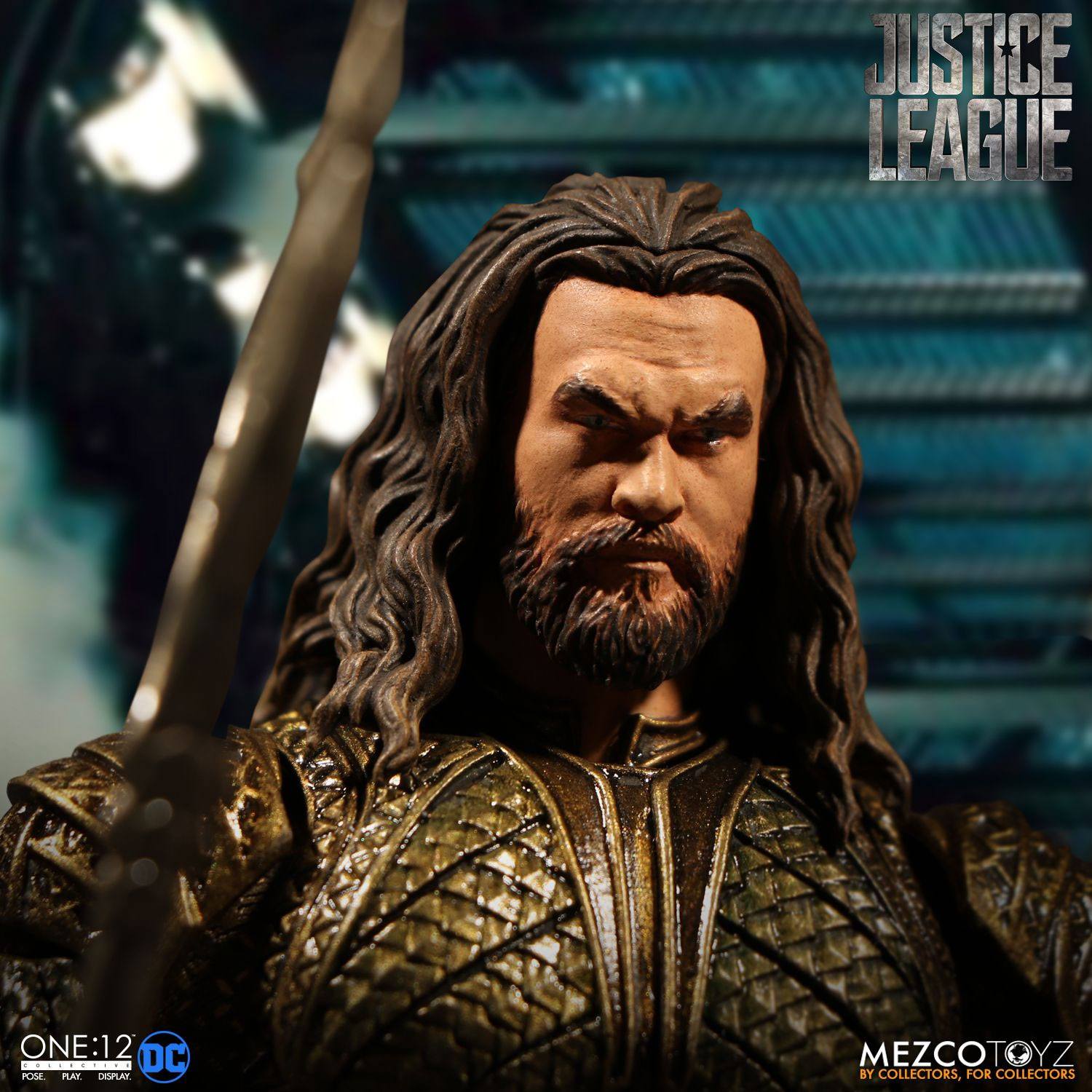 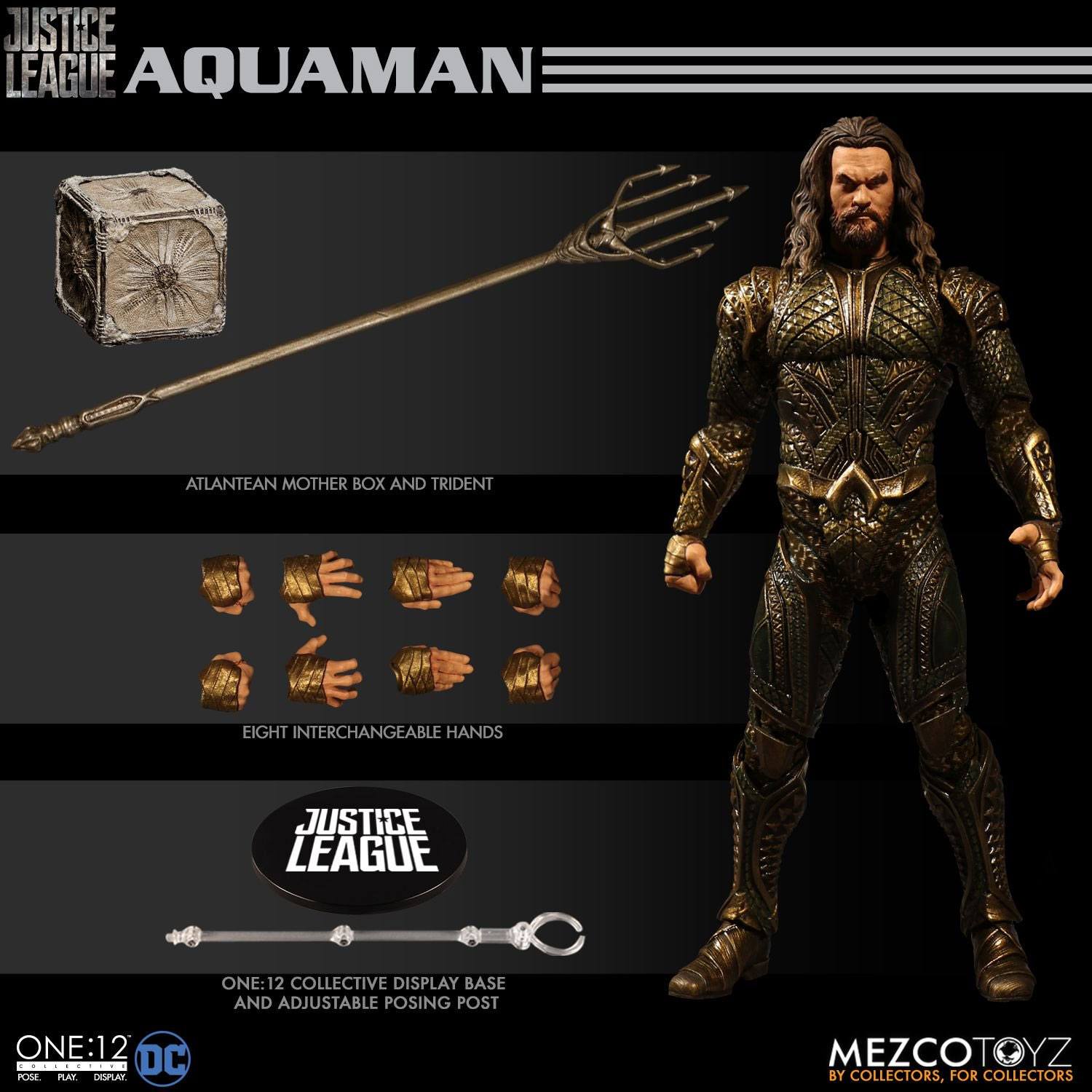 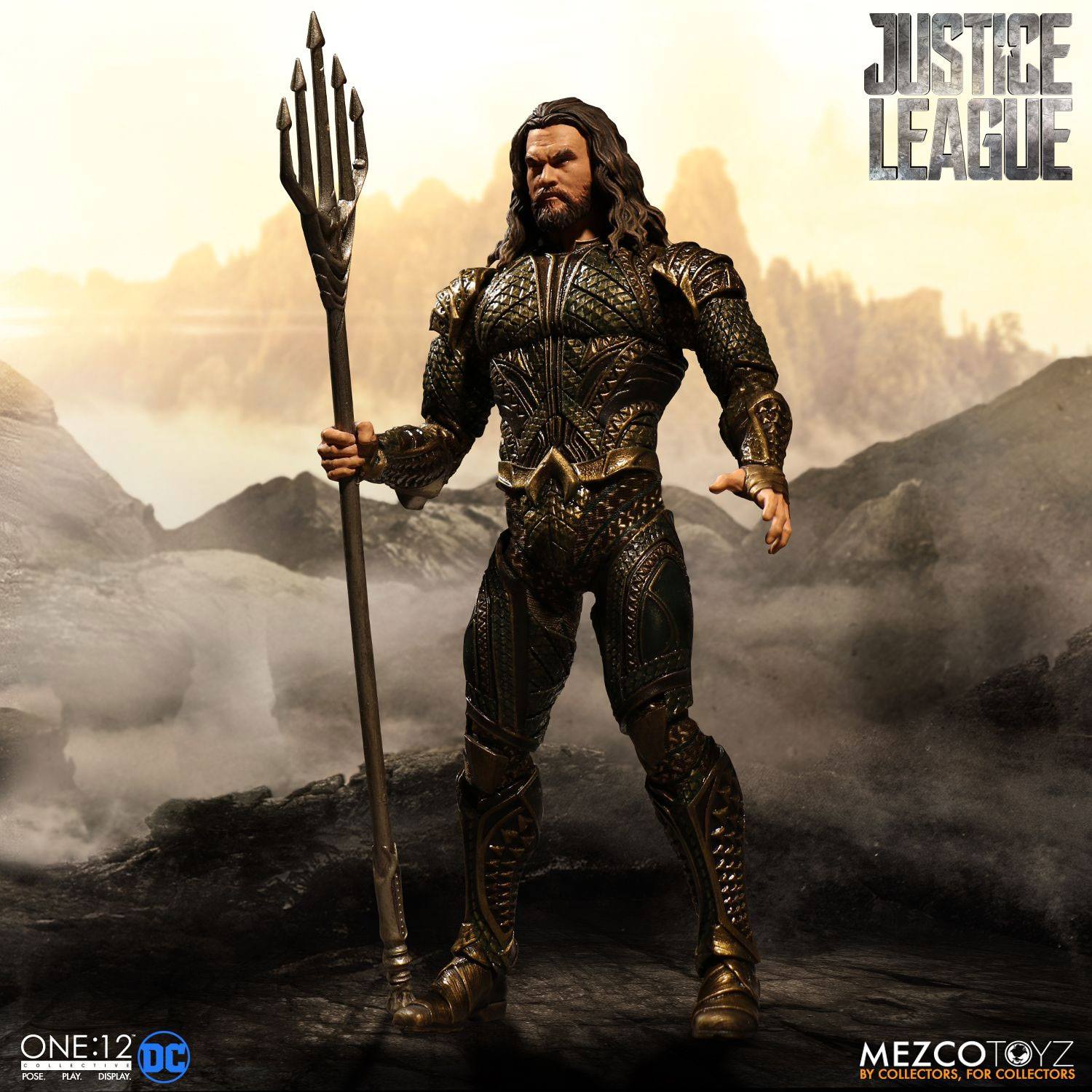 Fueled by his restored faith in humanity and inspired by Superman‘s selfless act, Bruce Wayne enlists newfound ally Diana Prince to face an even greater threat. Together, Batman and Wonder Woman work quickly to recruit a team to stand against this newly awakened enemy. Despite the formation of an unprecedented league of heroes – Batman, Wonder Woman, Aquaman, Cyborg and the Flash – it may be too late to save the planet from an assault of catastrophic proportions.

The One:12 Collective Justice League Aquaman figure features a film accurate sculpt and costuming. The figure also comes equipped with his legendry trident and Mother Box, as well as a display base with logo and adjustable display post.