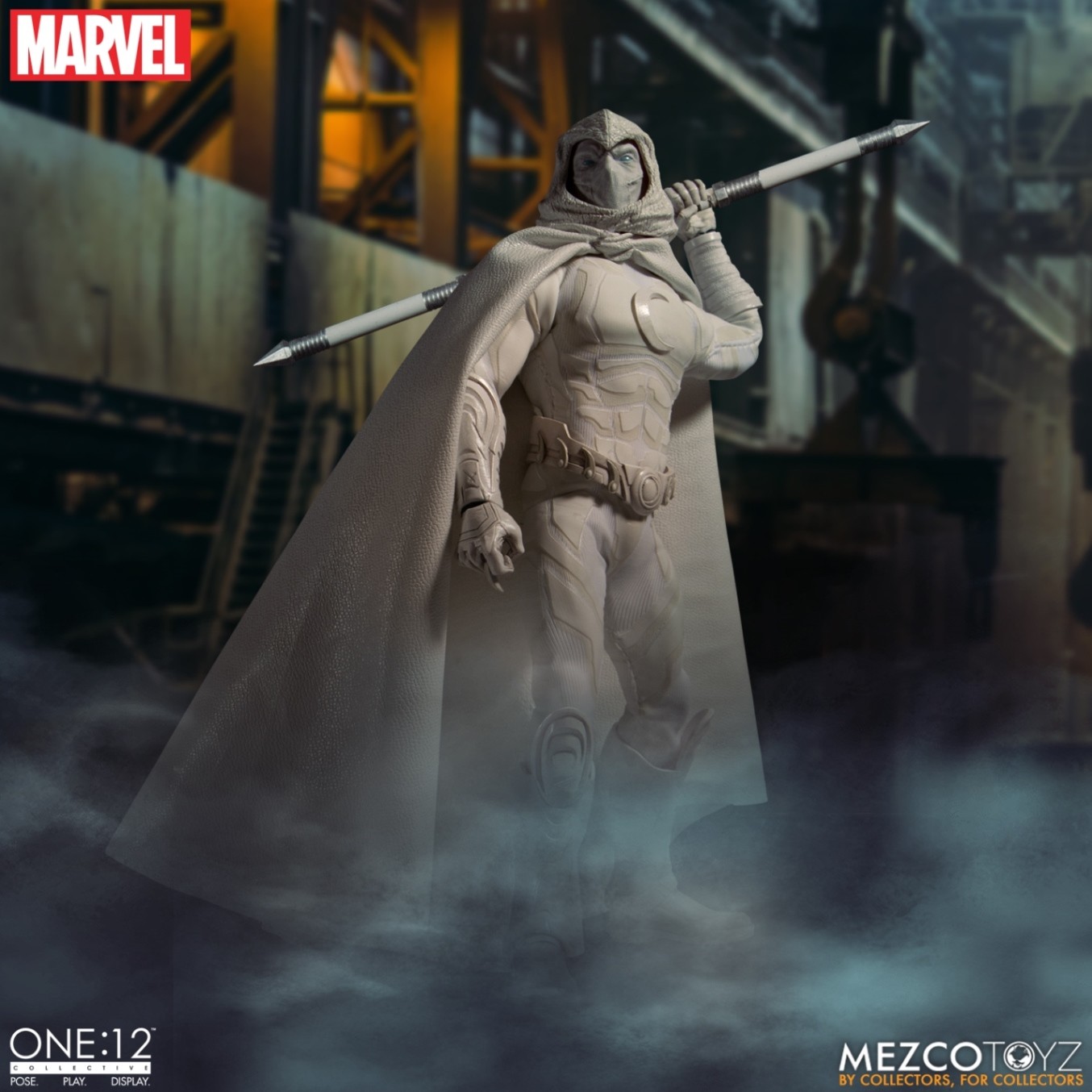 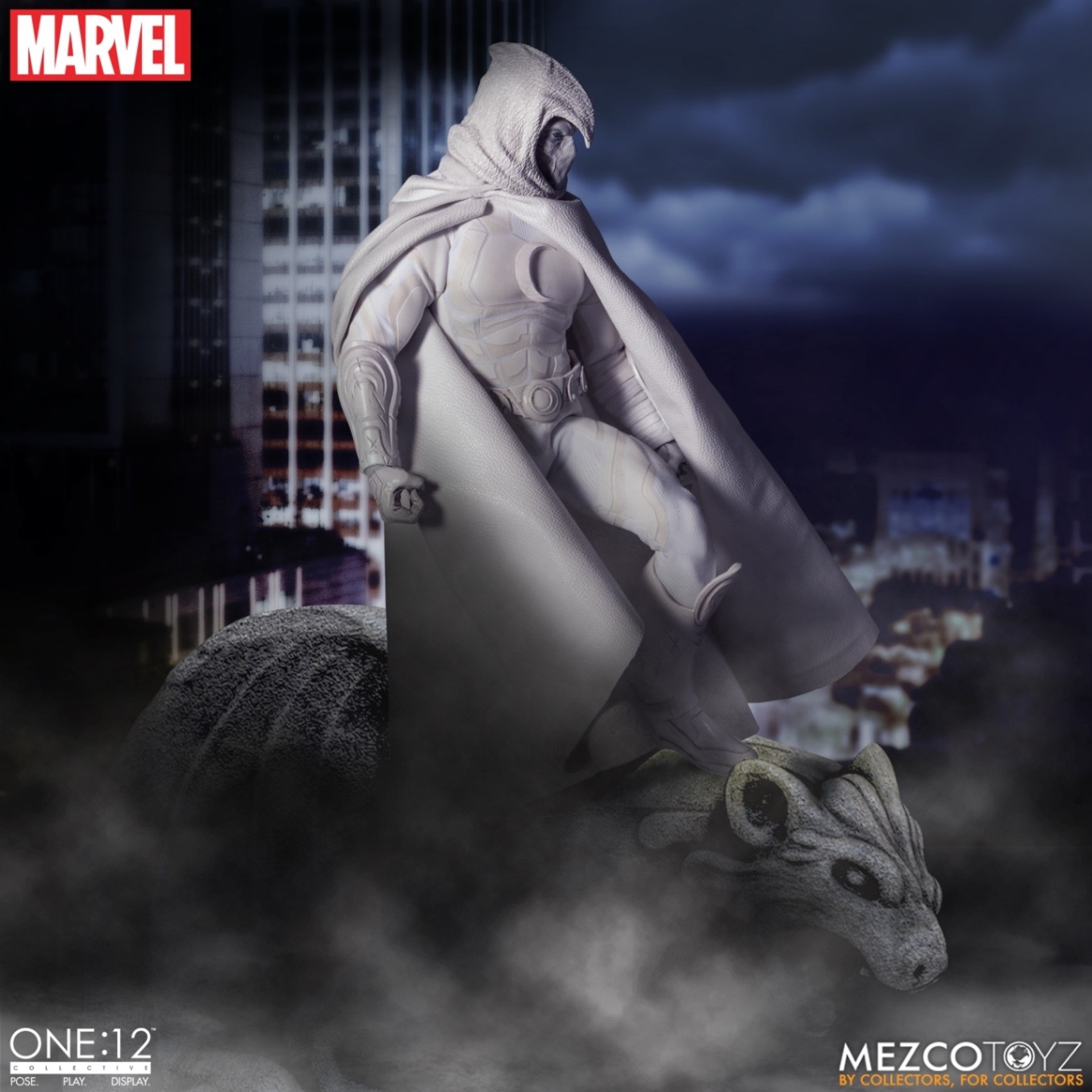 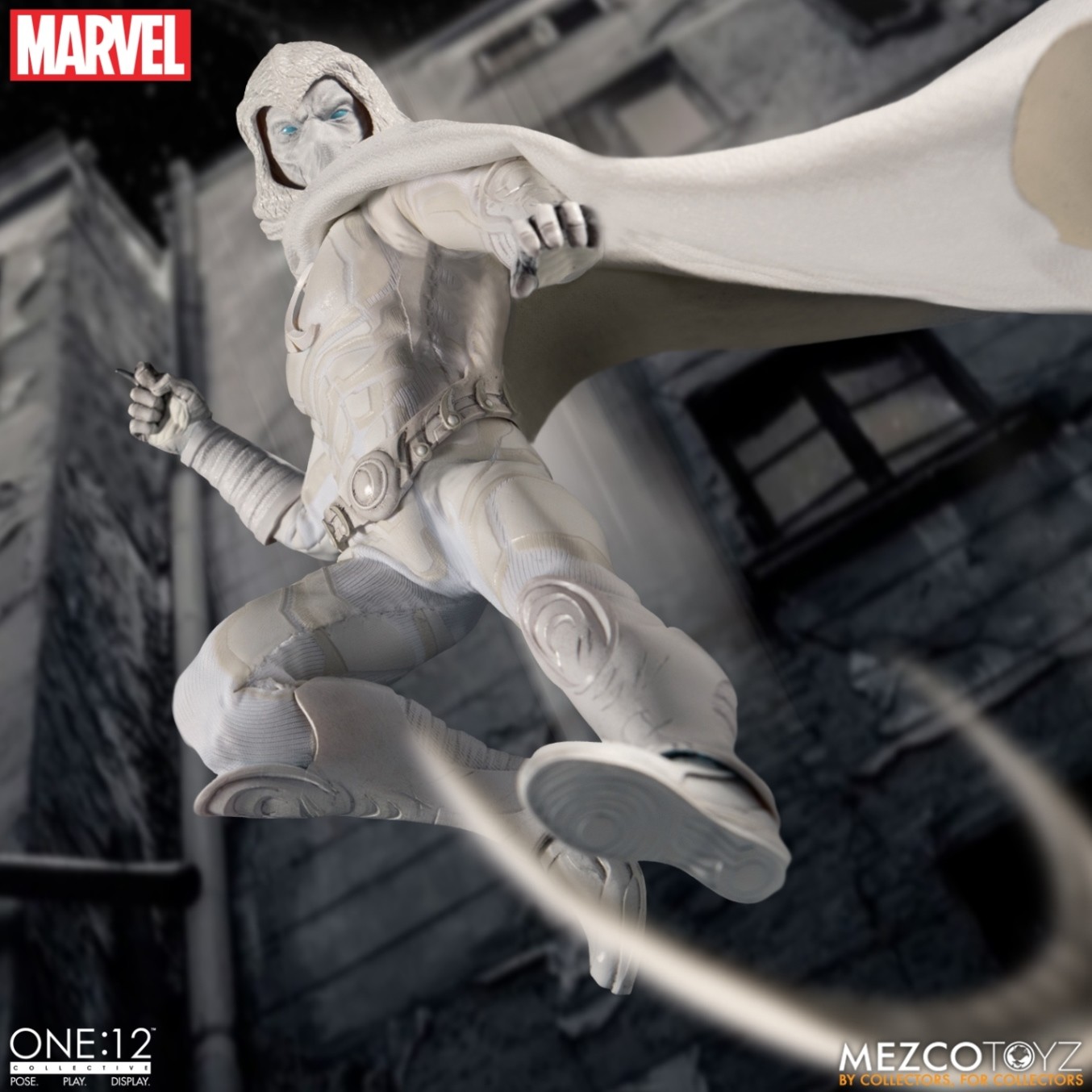 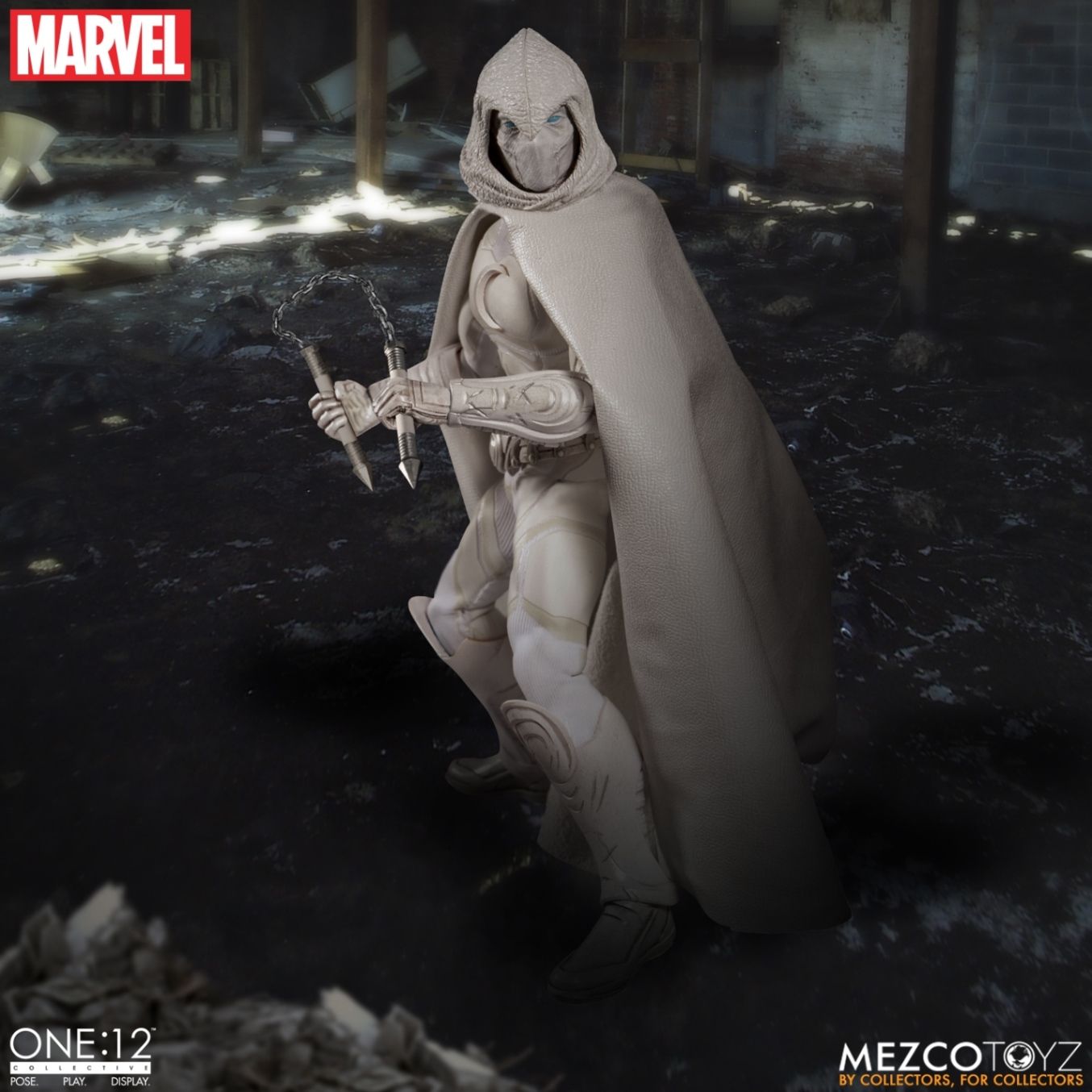 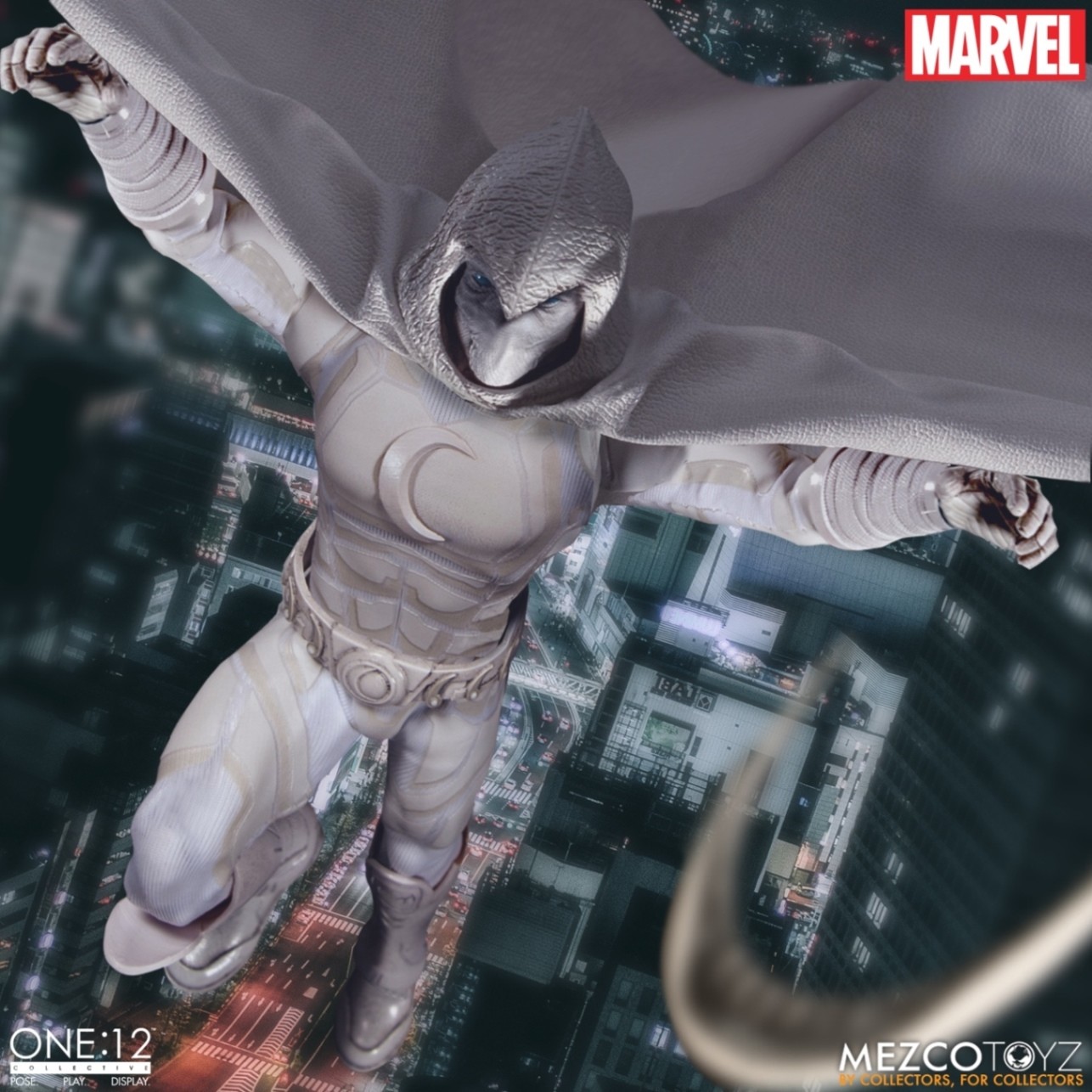 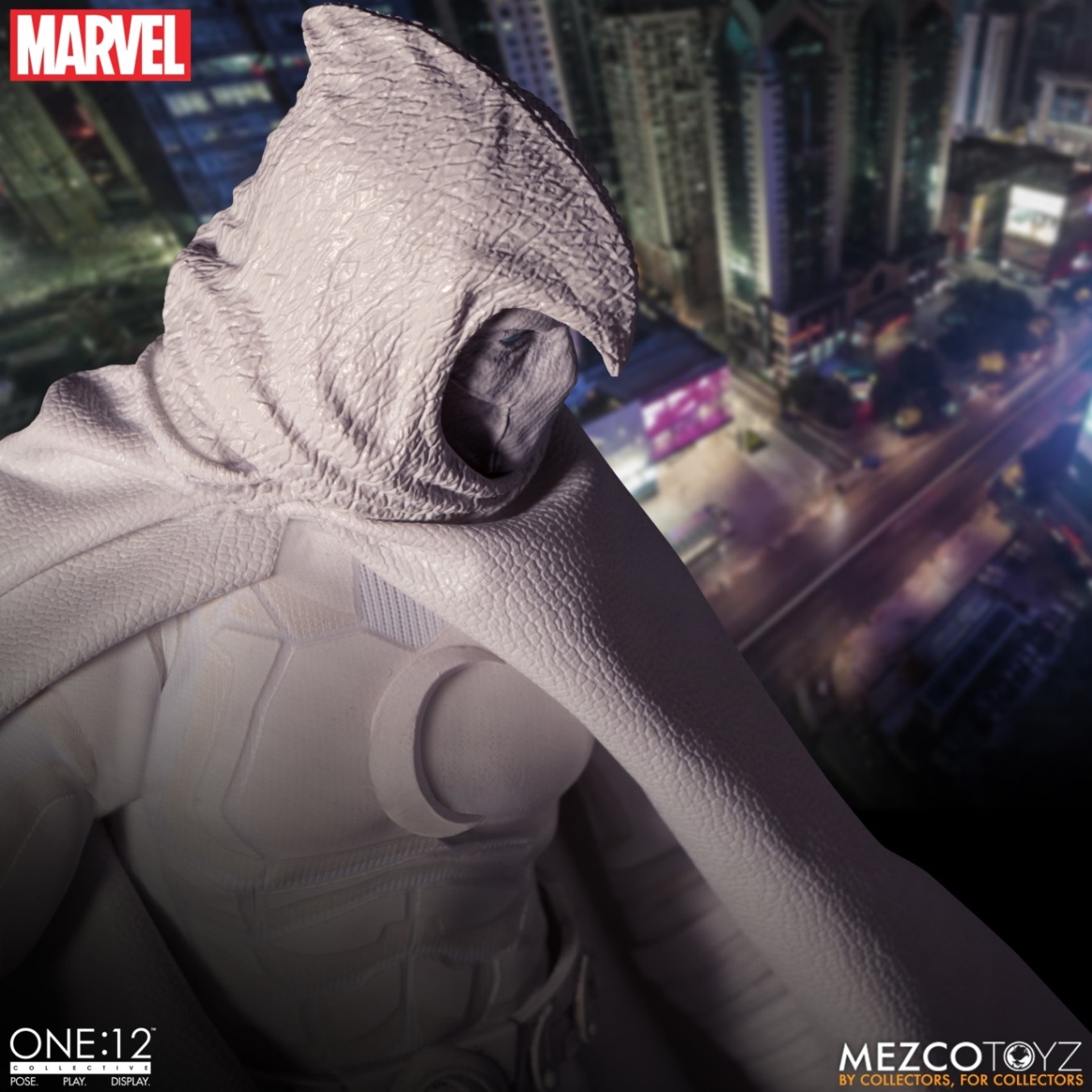 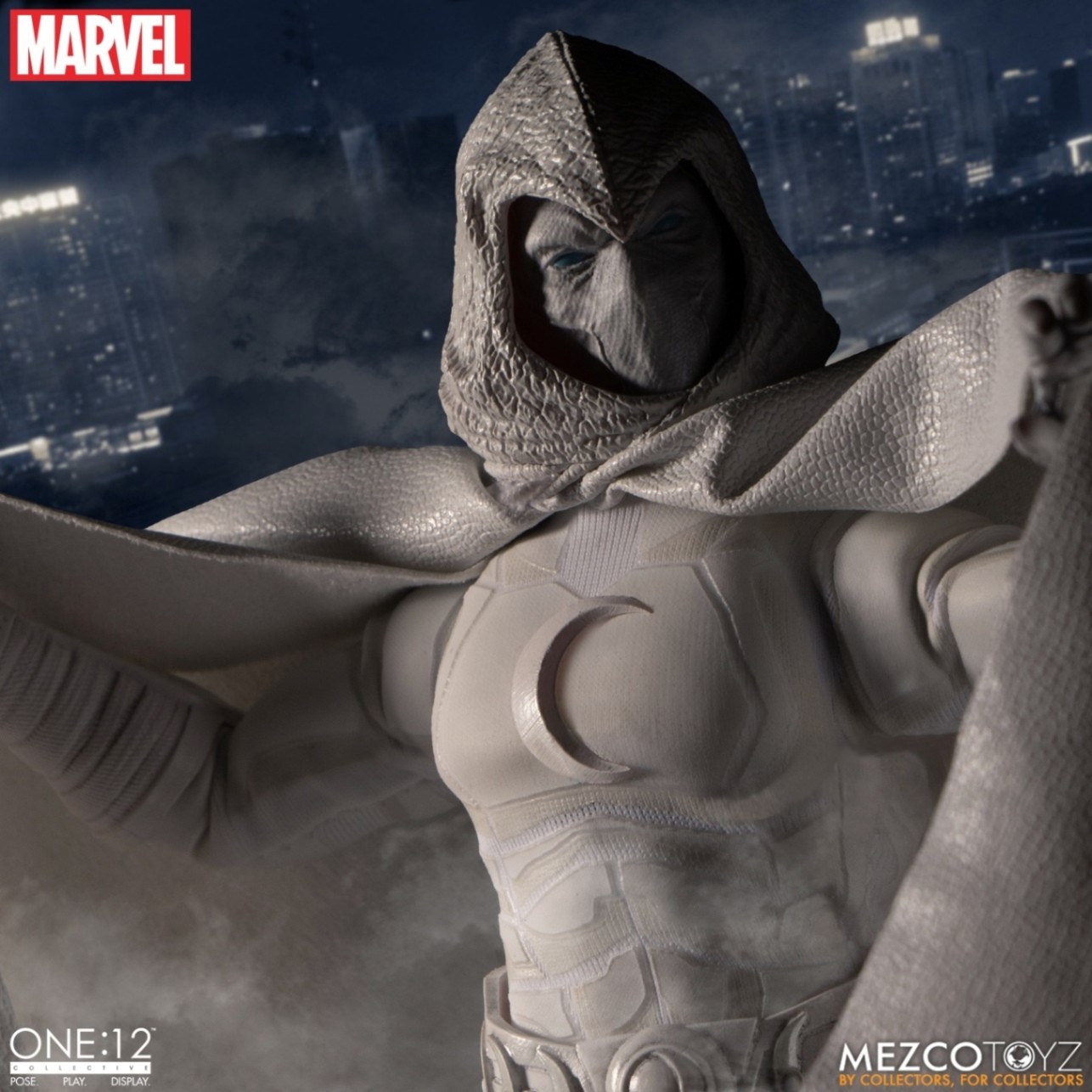 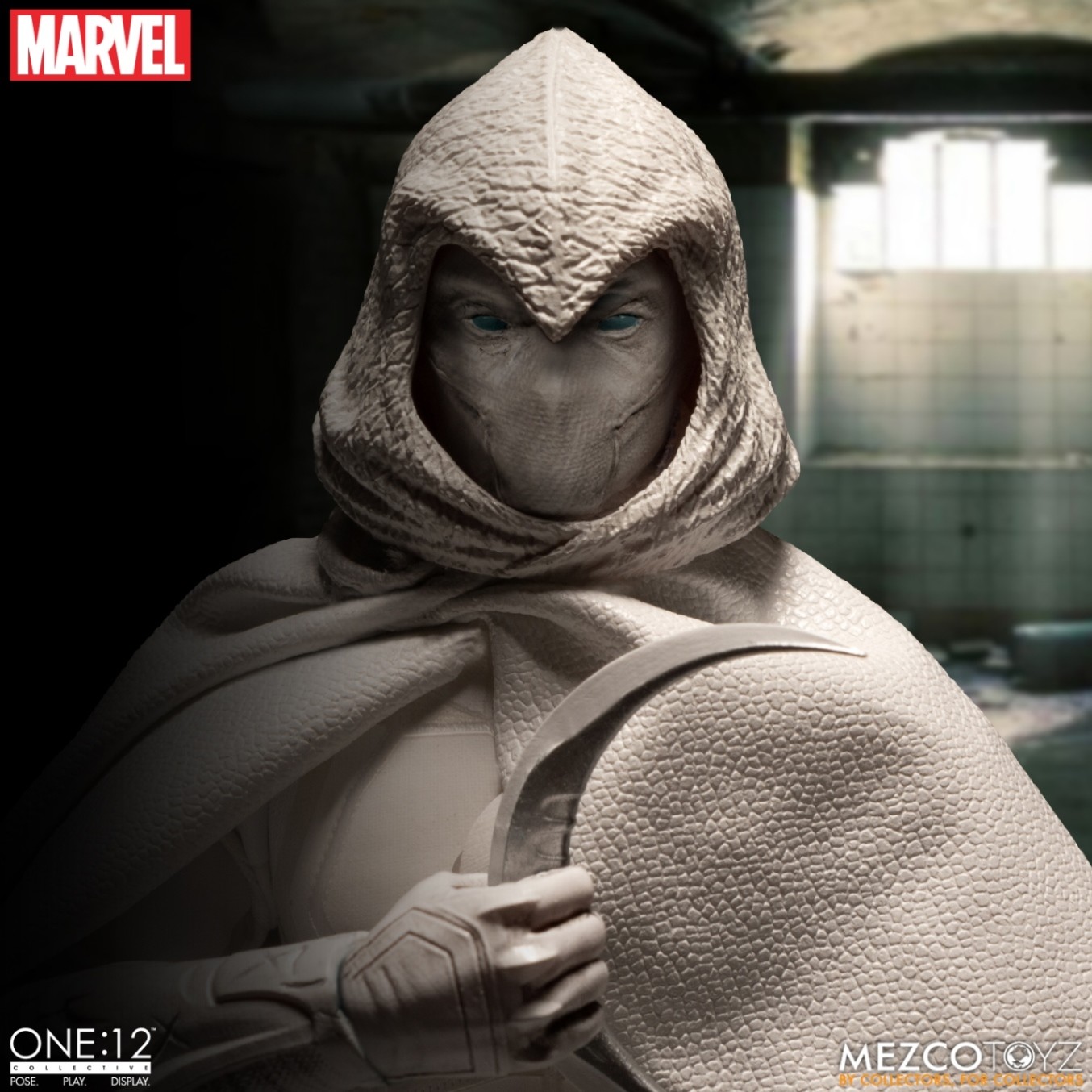 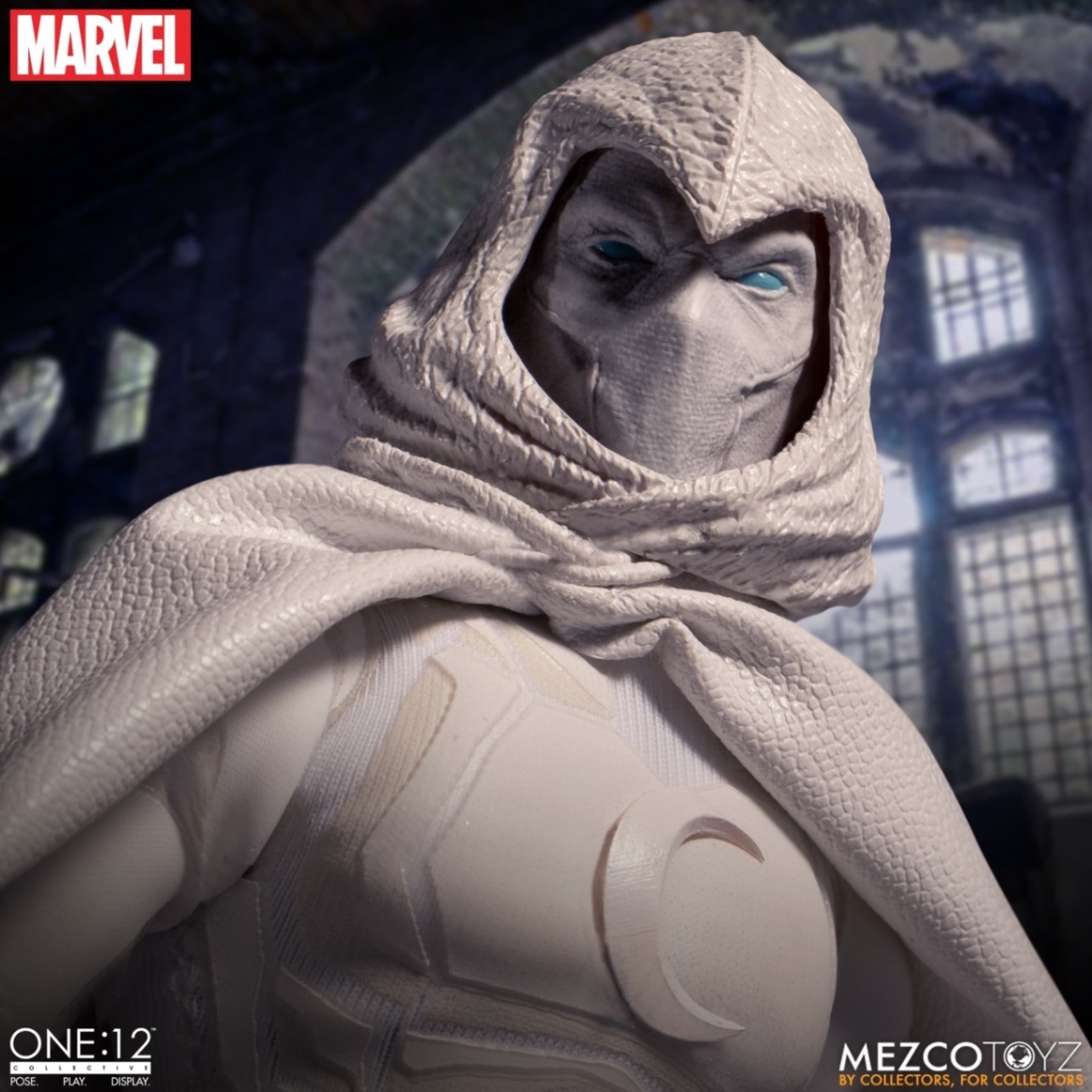 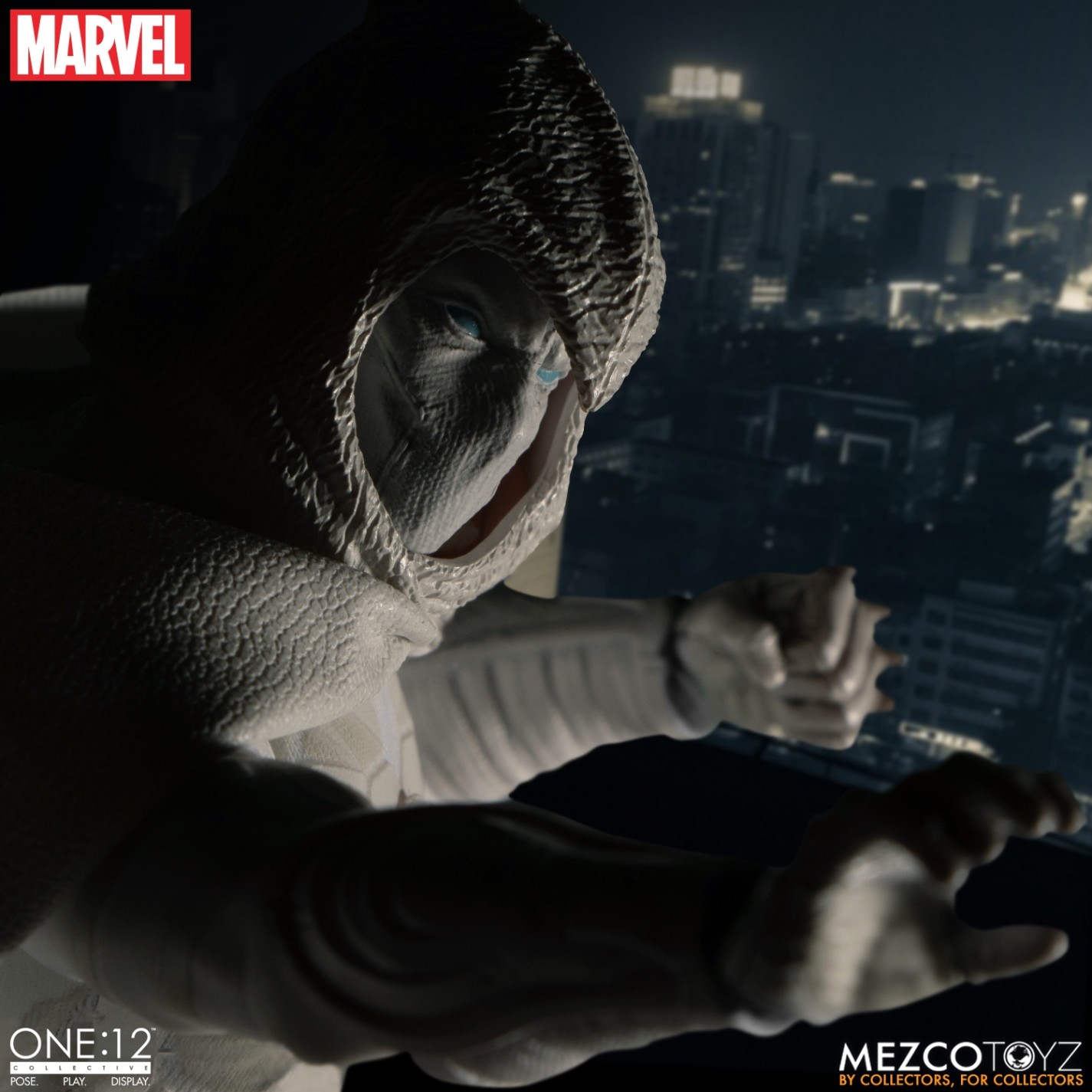 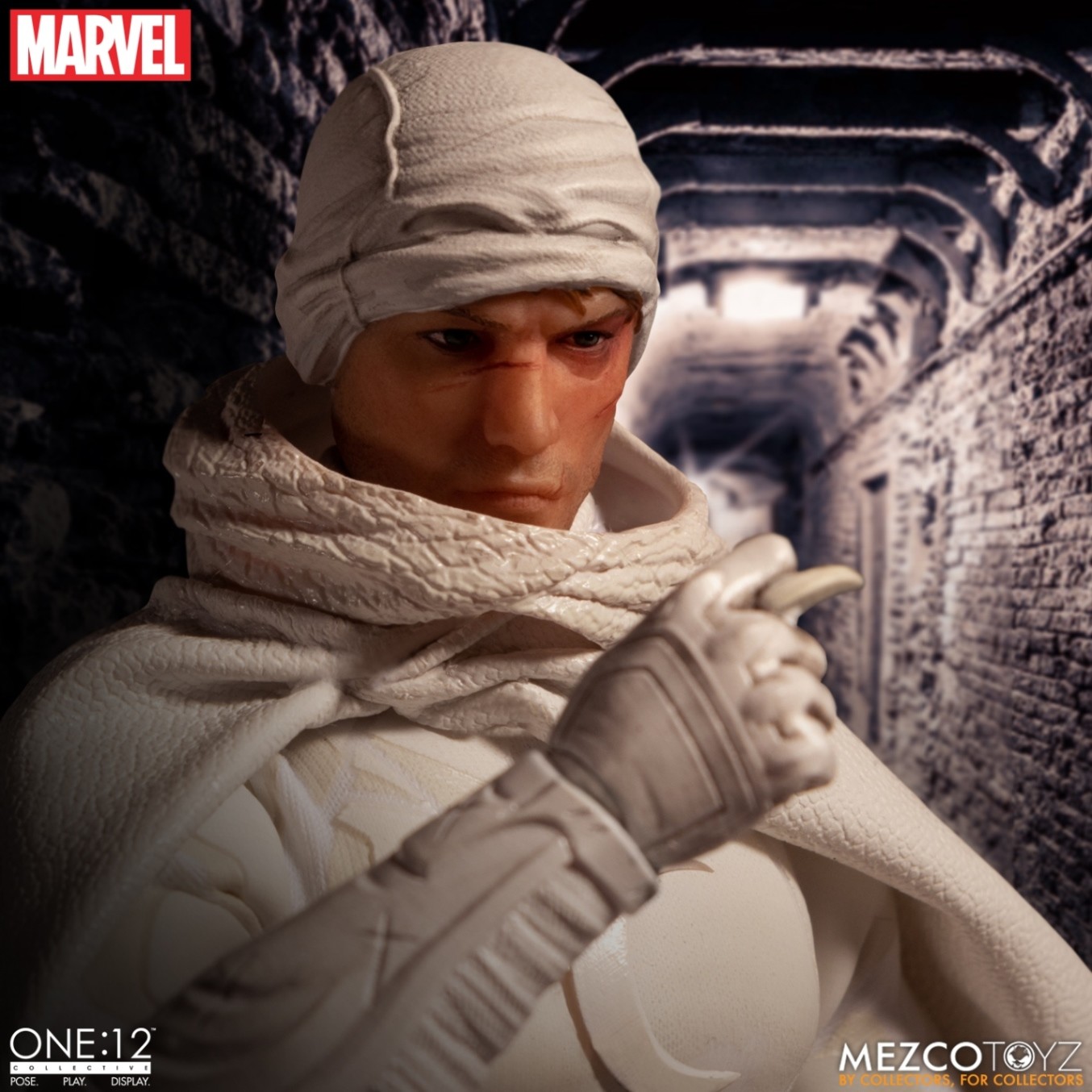 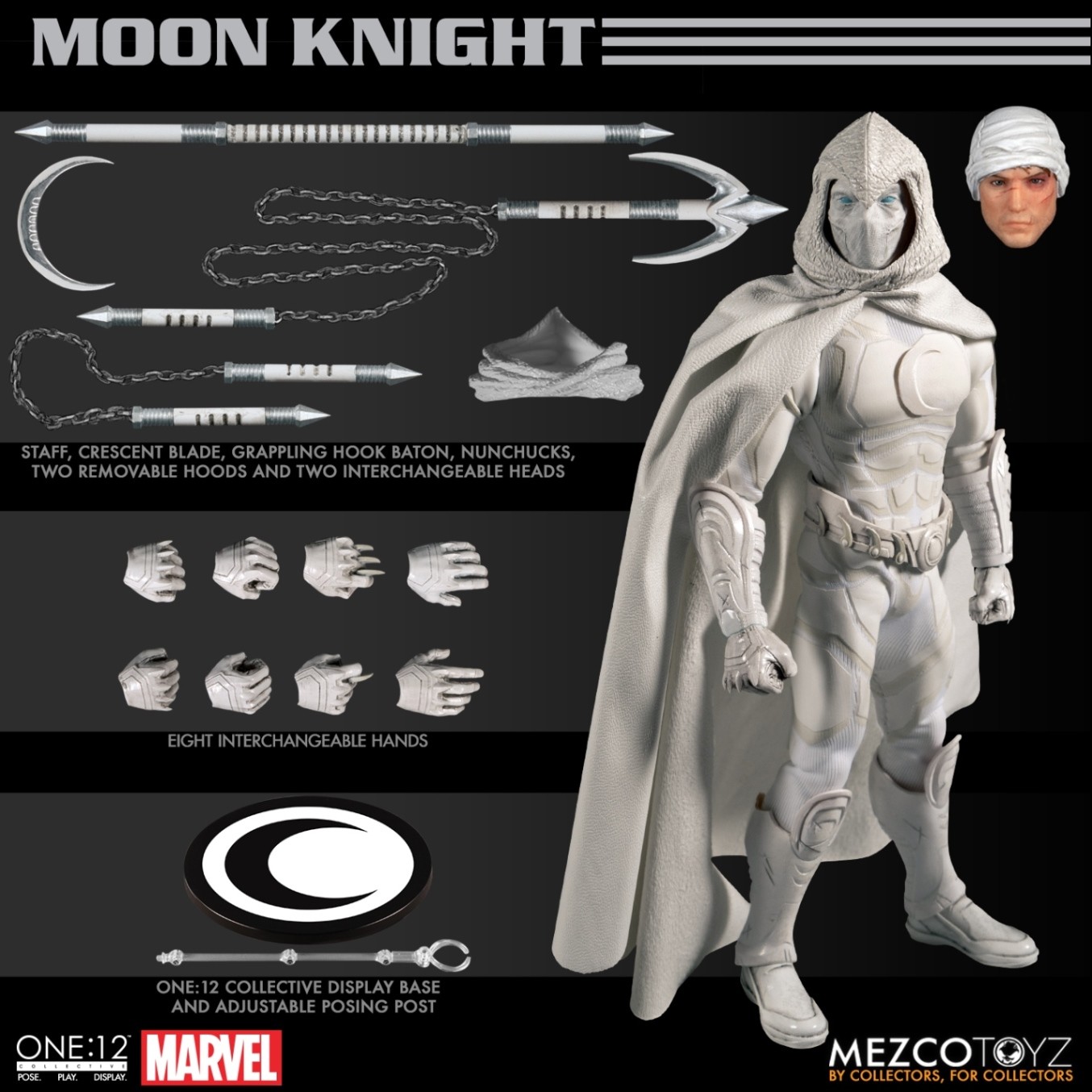 The One:12 Collective Moon Knight is presented in a fitted suit with 3D crescent insignia and removable hoods. The mystically-enhanced vigilante comes complete with two head portraits and a range of combat weapons including a crescent blade, staff, nunchucks, and a grappling hook baton.

During a mission in Sudan, Marc Spector was left to die in the dessert by the hands of a bloodthirsty terrorist. Discovered by locals, Spector was brought to a tomb and placed at the foot of a statue of the moon god, Khonshu. After being pronounced dead, Spector arose suddenly, claiming Khonshu had restored him to life. Donning a cloak taken from Khonshu’s statue, Spector became Moon Knight, delivering vengeance in Khonshu’s name.

Each One:12 Collective Moon Knight figure is packaged in a collector friendly box, designed with collectors in mind.