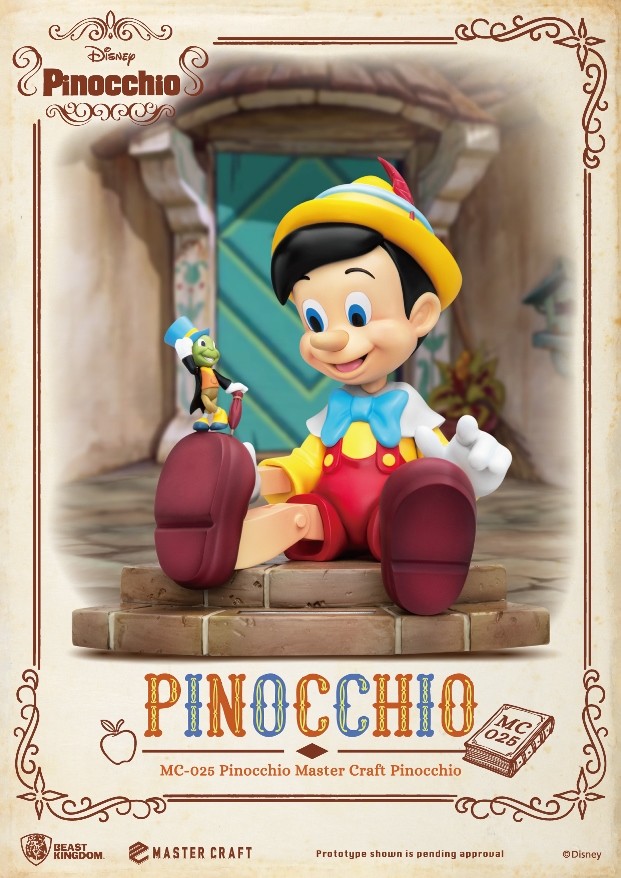 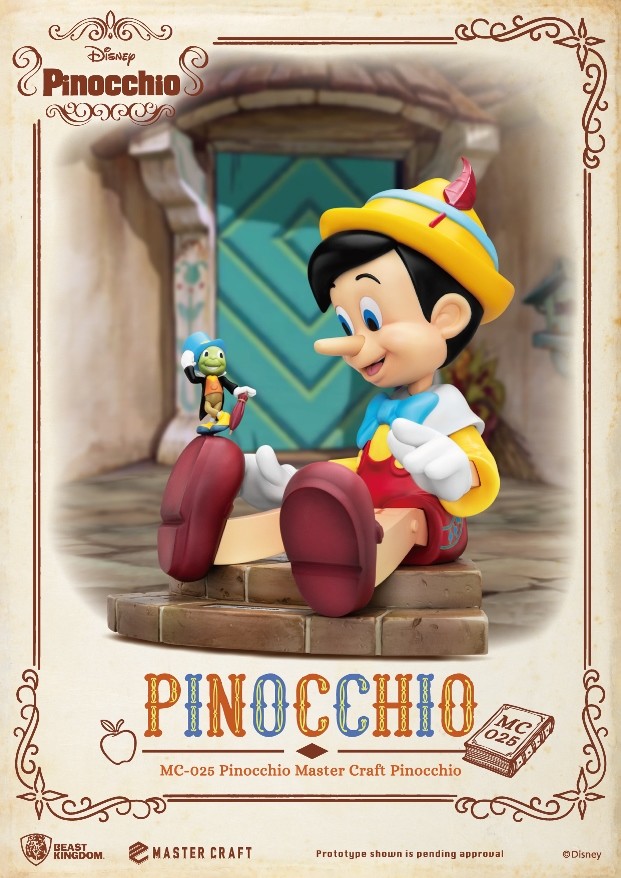 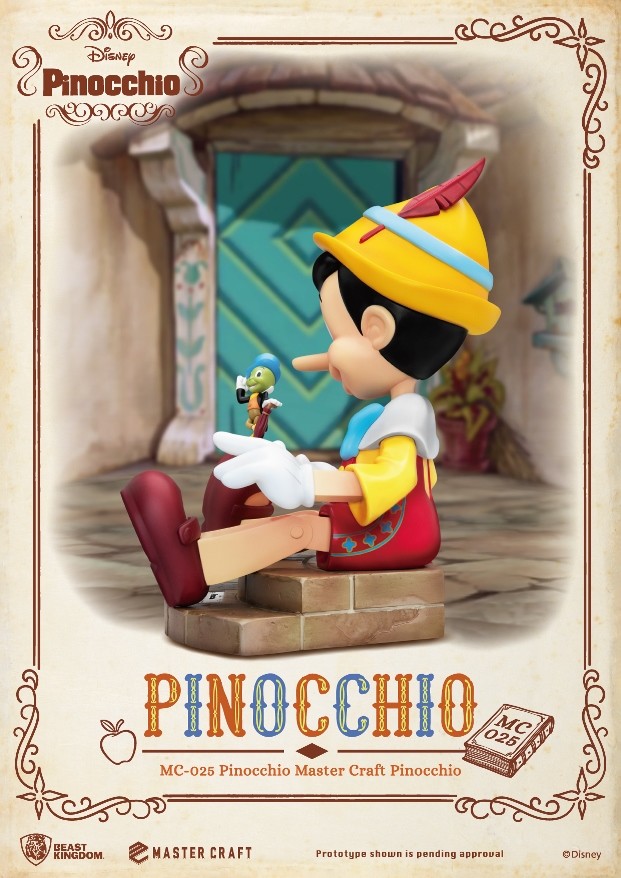 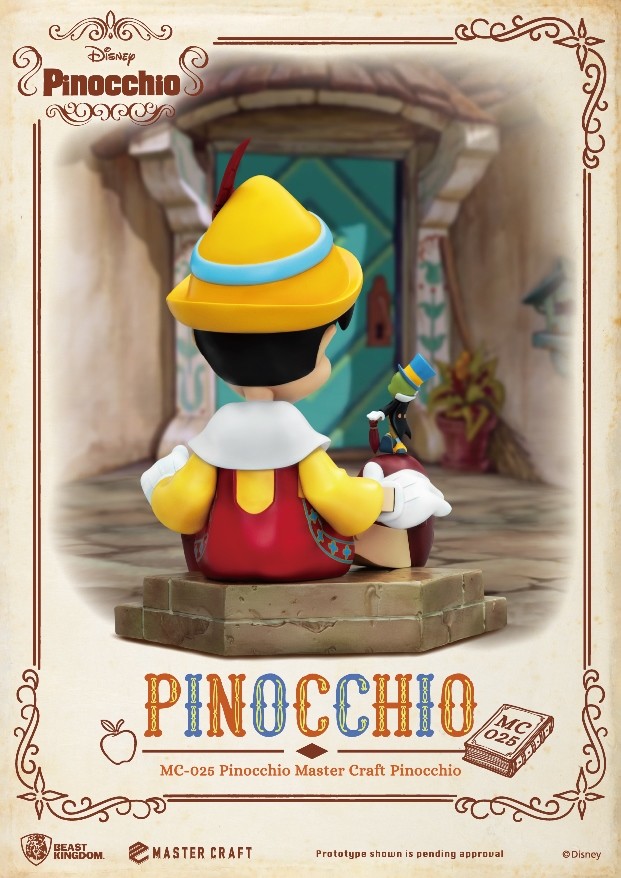 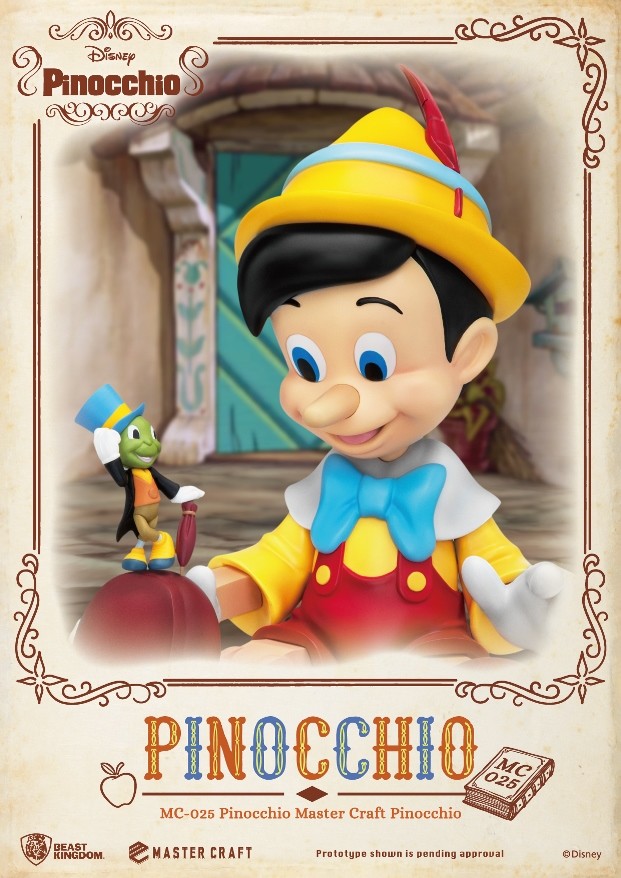 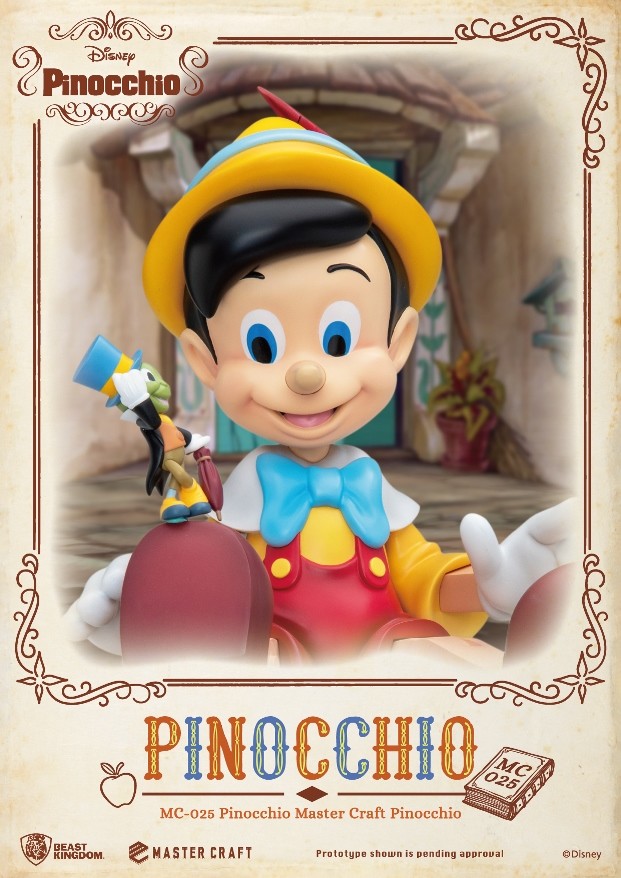 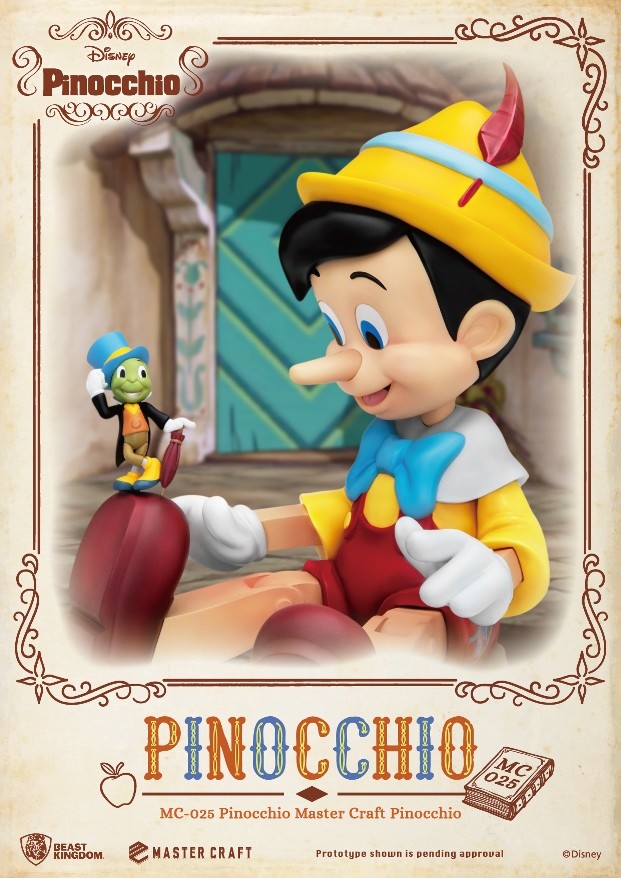 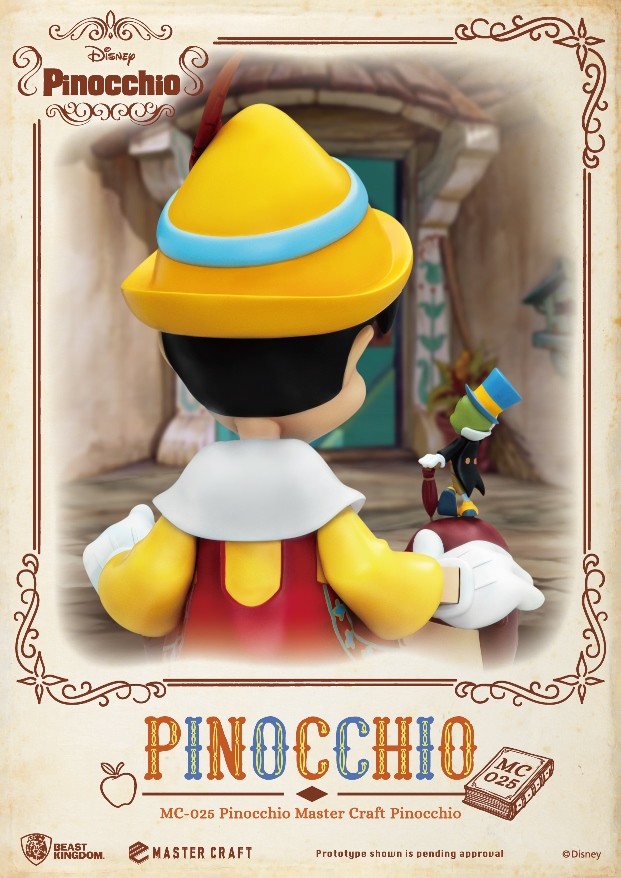 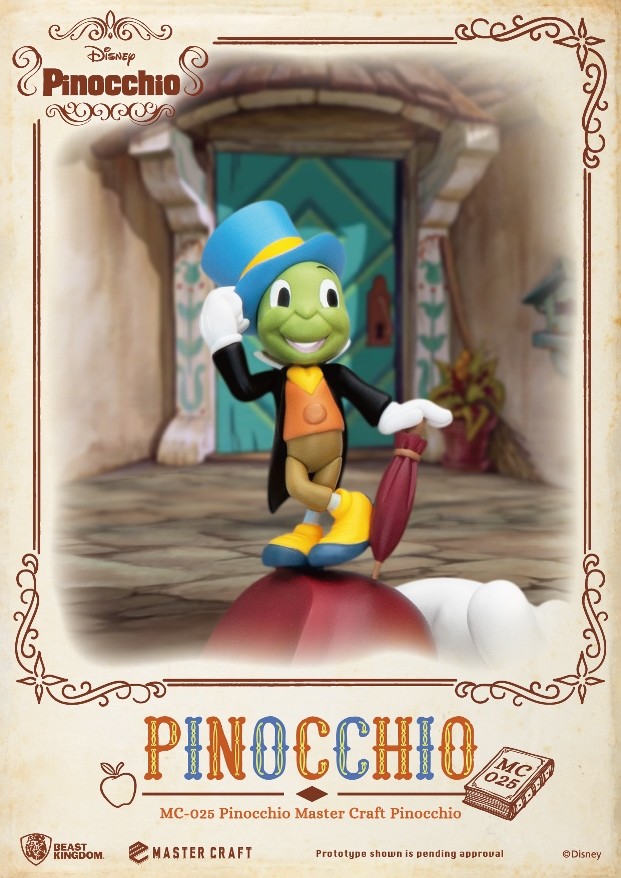 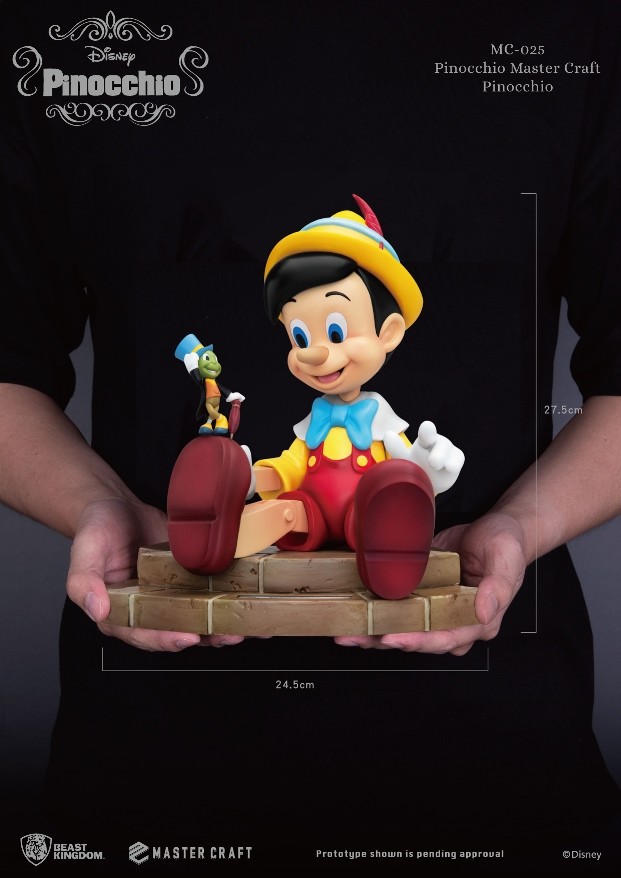 Beast Kingdom presents the latest masterpiece from the Master Craft series: The Adventures of Pinocchio. The Adventures of Pinocchio was the second animated feature film released by Disney and is still considered by many to be one of Disney‘s best animated films. The story revolves around a wooden puppet carved by the woodworker Gepetto. This wooden puppet, Pinocchio, is given life by the Blue Fairy, who told him that if he proves himself as brave, truthful and unselfish, he can become a real little boy. Although Pinocchio was quite naughty and caused a lot of trouble at first, he later proved himself by saving his father and the Blue Fairy made him a real little boy!

The Master Craft series upholds it reputation of precision hand-made craftsmanship in capturing Pinocchio‘s adorable countenance. The figure also contains the lovable conscience of Pinocchio, Jiminy Cricket with his signature umbrella and top hat. How can such a classic collectible be passed up? Get your Pinocchio today!