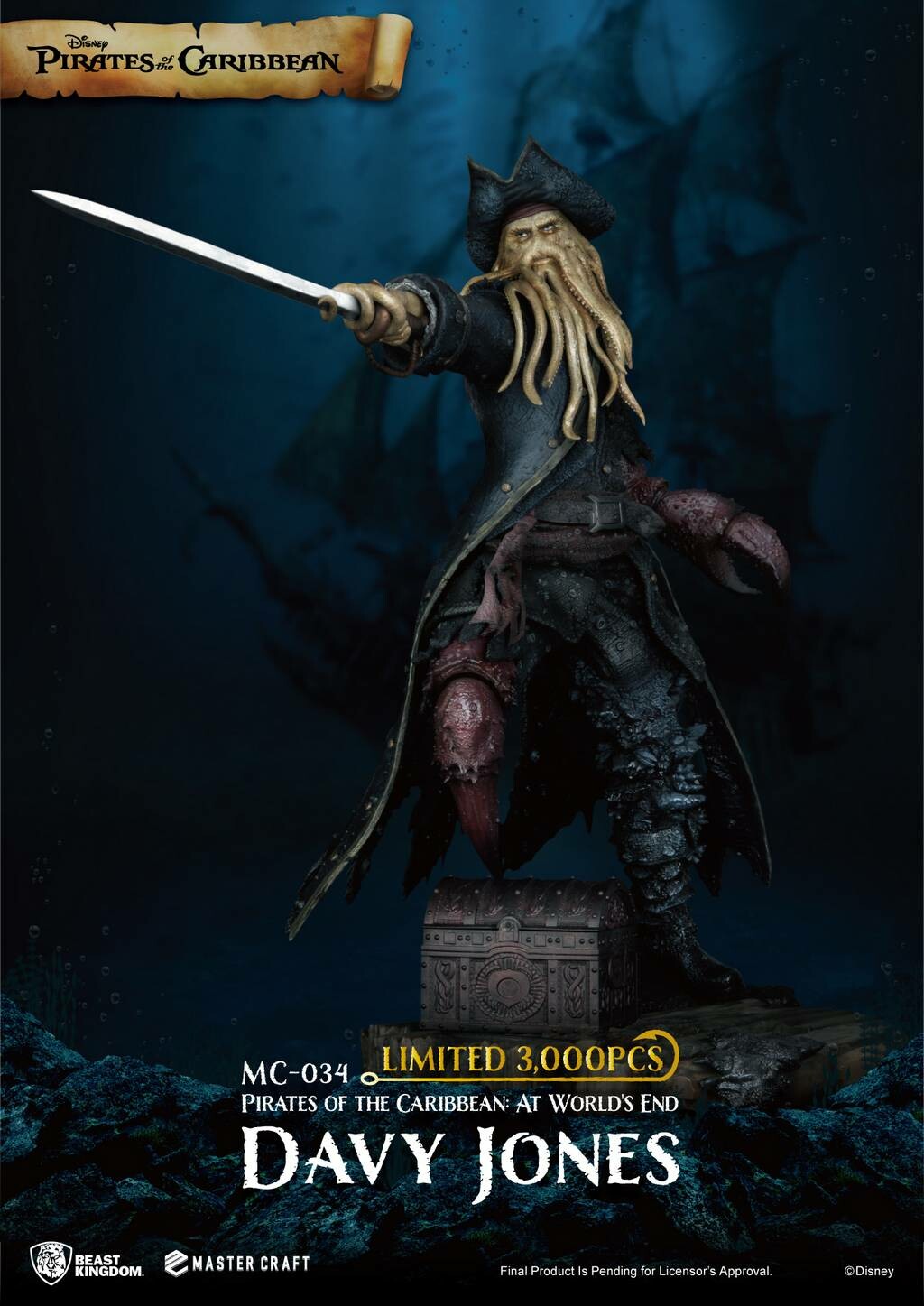 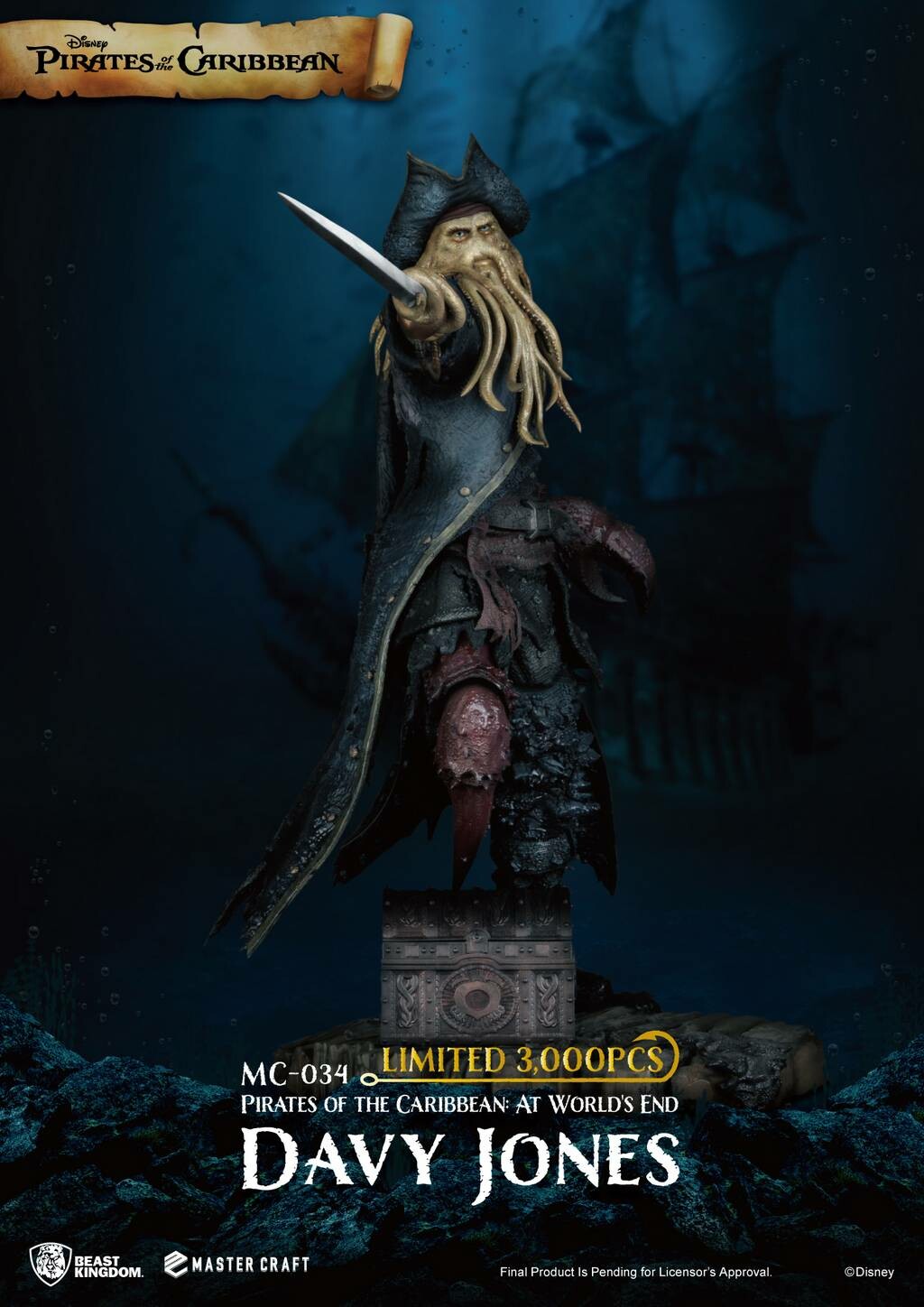 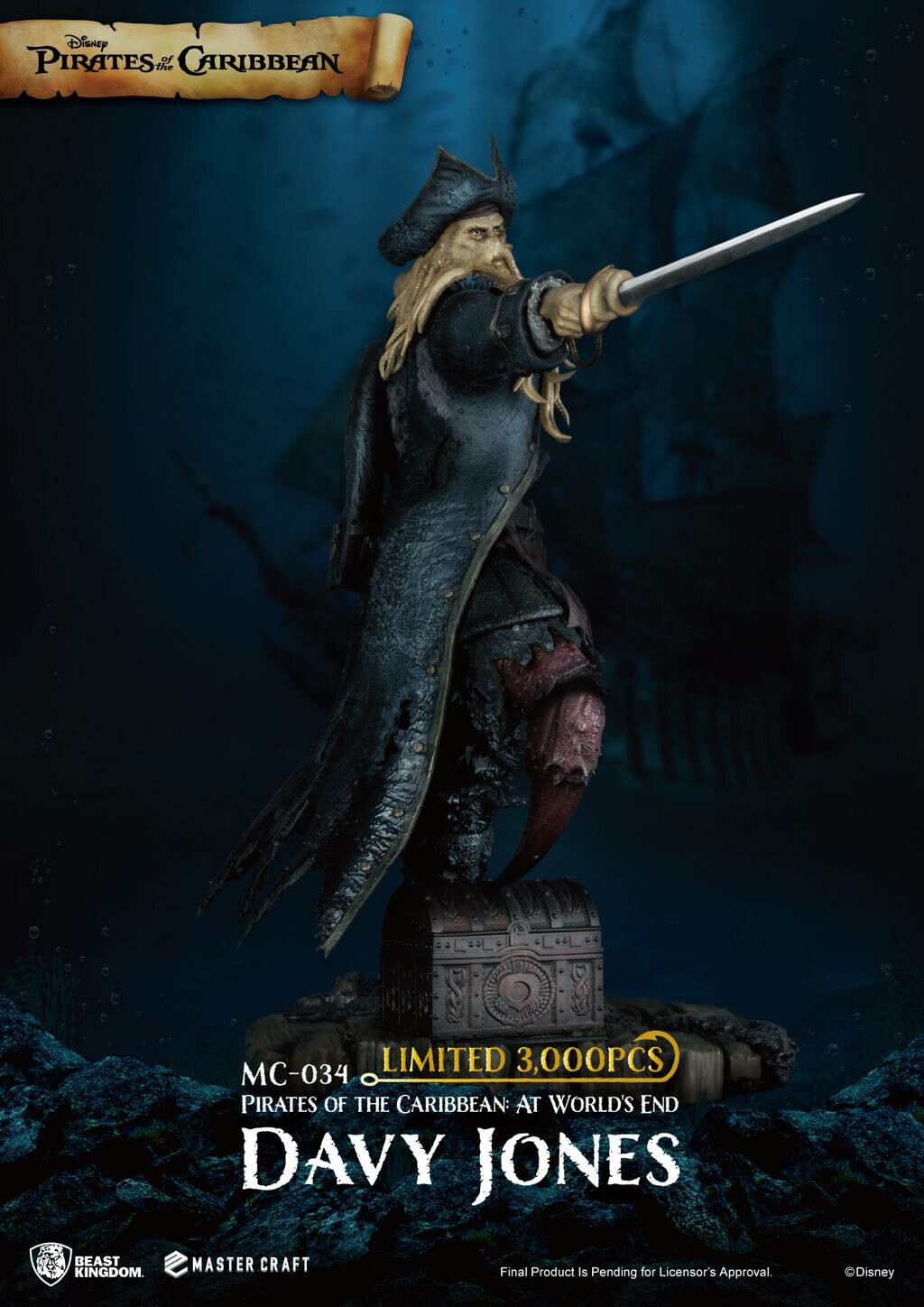 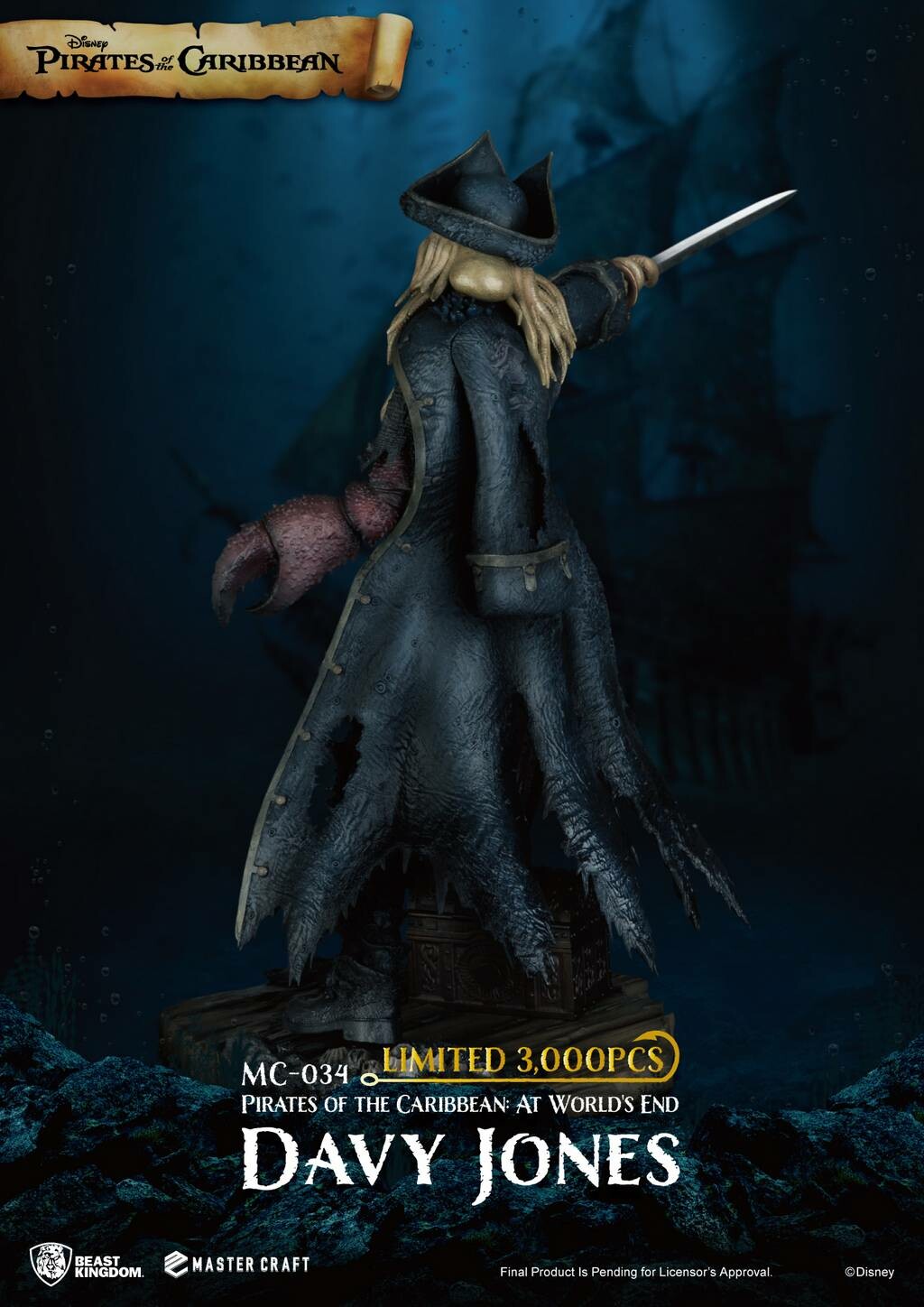 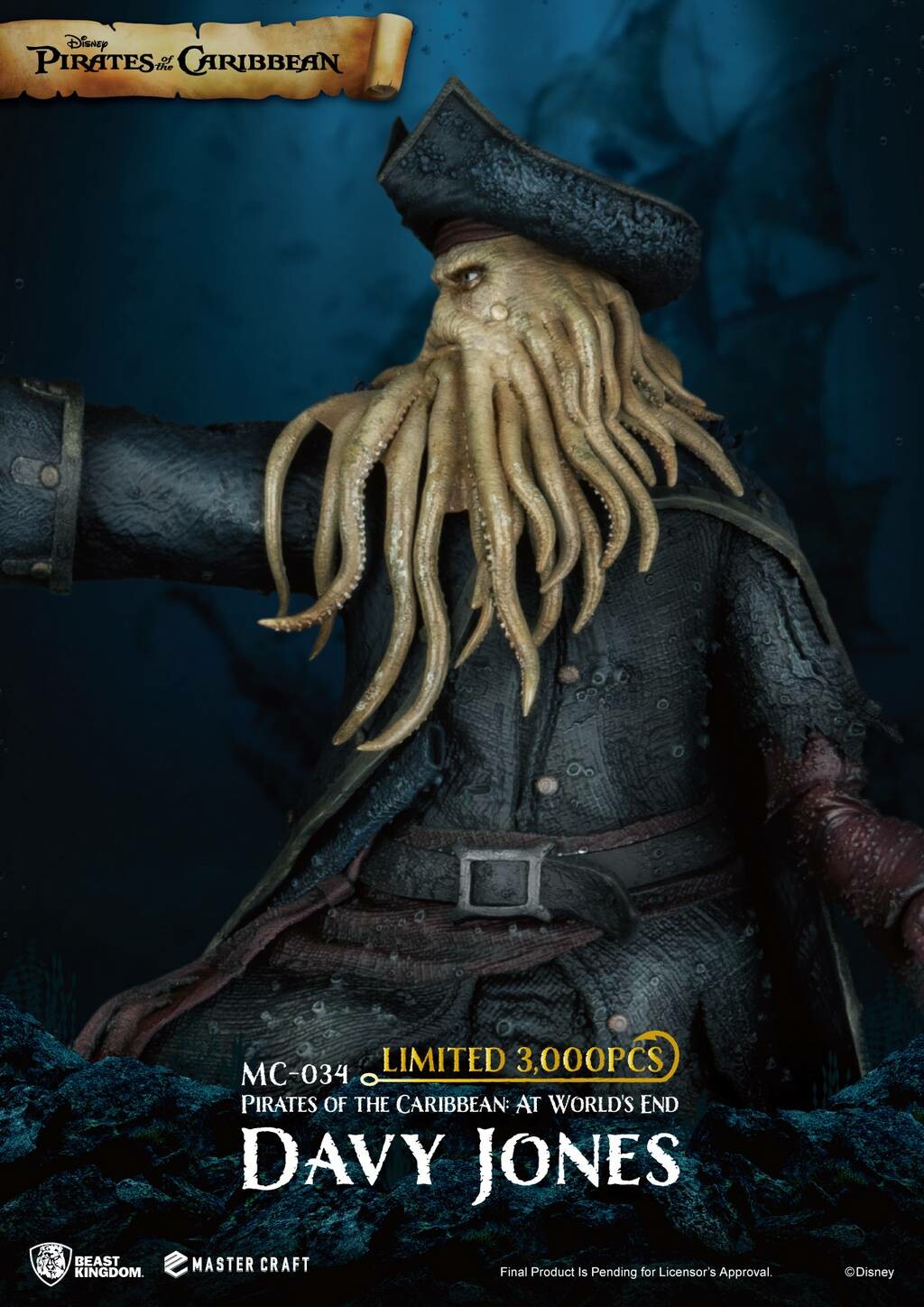 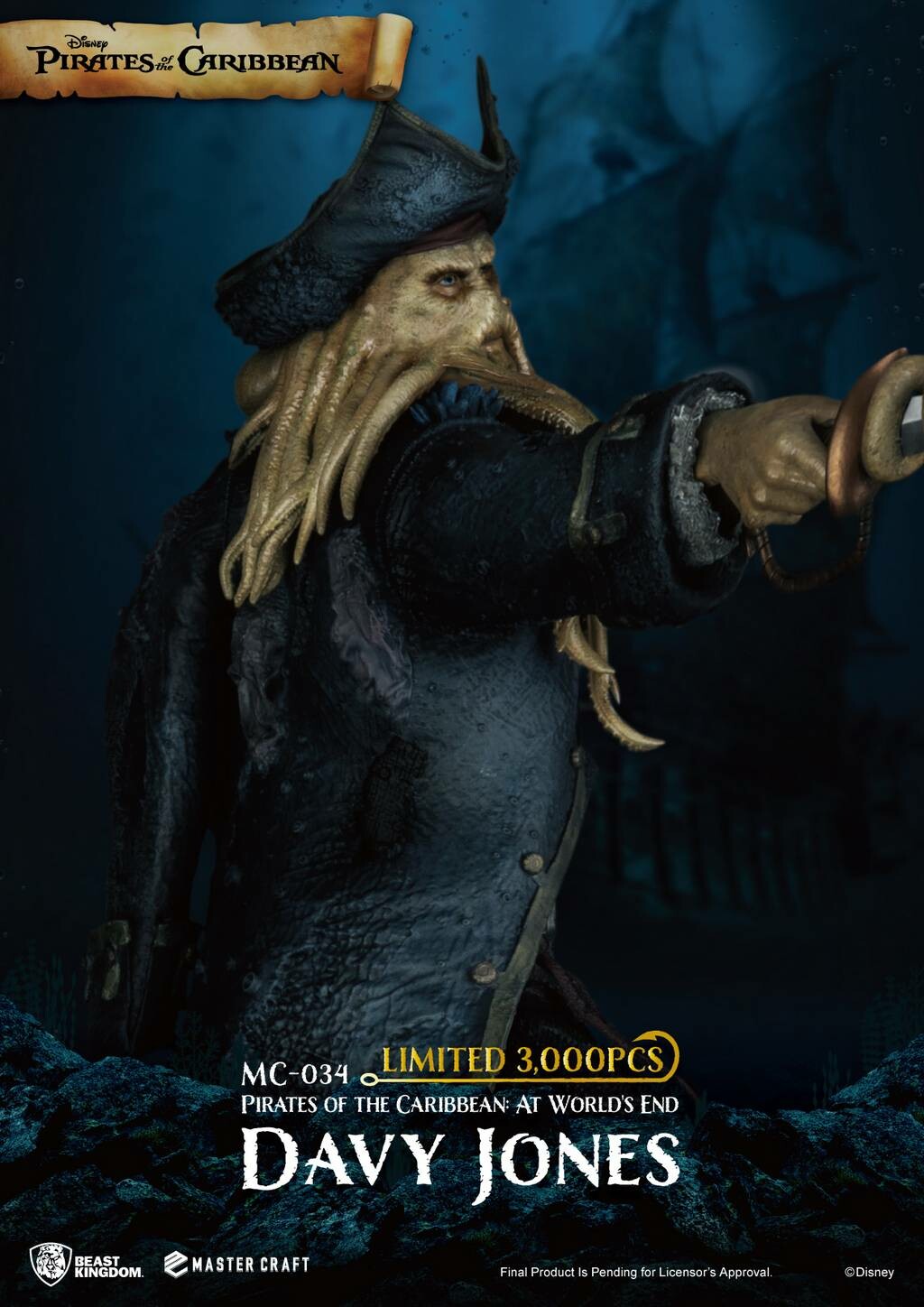 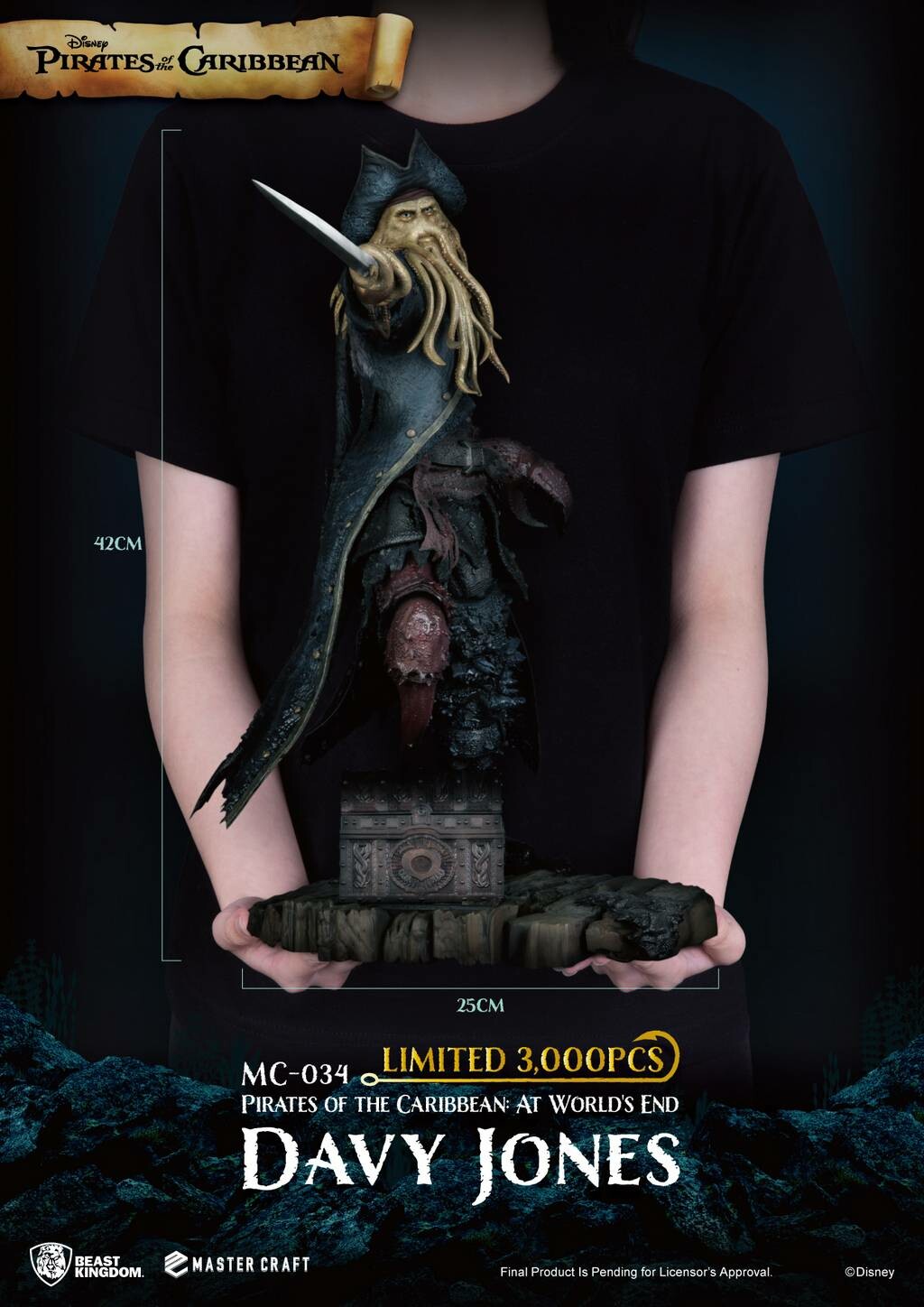 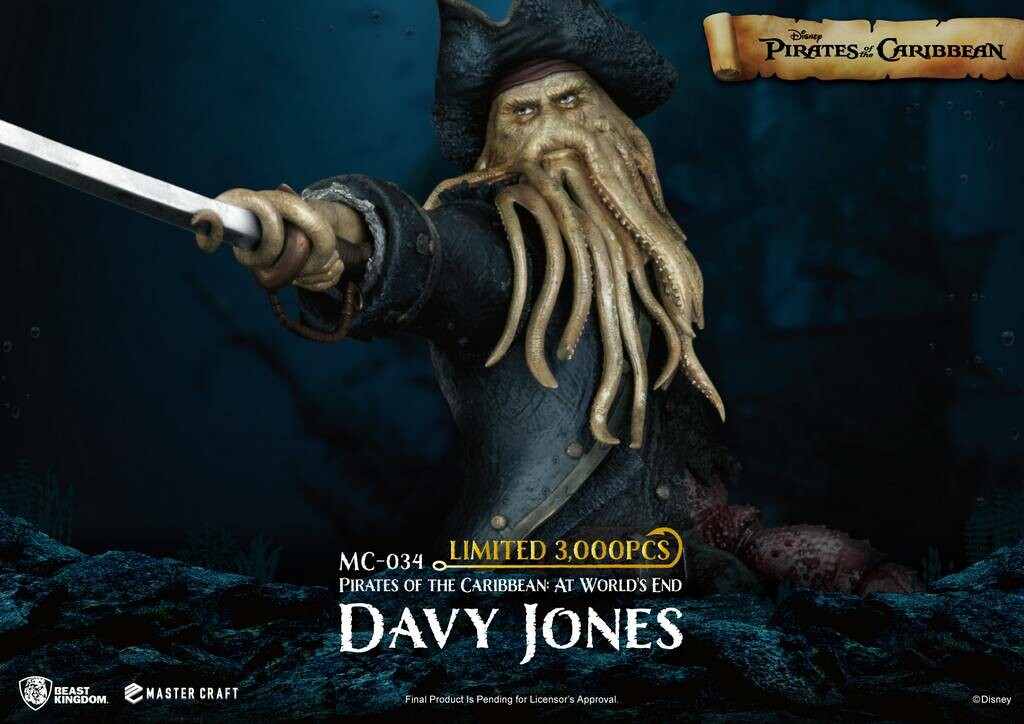 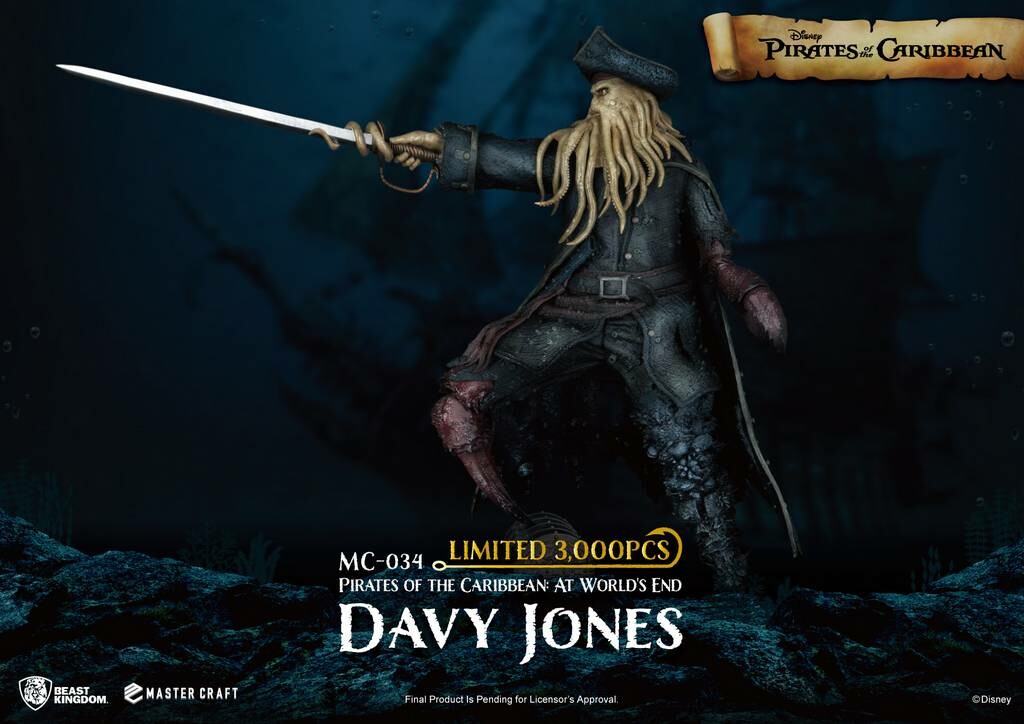 One of the most fearsome captains in The Pirates of The Caribbean series of movies, Davy Jones is a pirate with a back story of epic proportions! A celebrated sailor, Jones fell in love with the sea goddess Calypso, who entrusting Davy with ferrying the souls of the dead to the next world using the Flying Dutchman battle ship! Yet, as time passed on, Jones abandoned his duties of guiding spirits, and instead went down a dark path of war, and was thus consumed by the sea, giving him monstrous features such as tentacles and claws. Having an octopus like appearance Davy Jones strikes fear in the hearts of his enemies, and loyalty from his crew!

Beast Kingdom’s ‘Entertainment Experience Brand’ proudly presents the very latest in high-end, hand painted sculptures, with the Master Craft MC-034 Pirates of The Caribbean Davy Jones. Based on his appearance from the movie ‘At World’s End’, Jones is depicted with ferocity, resolve and determination! He is seen pointing his trusted sword and protecting the locked chest, which stores his heart.

The MC-034 is hand-carved to perfection, perfectly recreating the infamous villain of the series. Using professional painting techniques, the commanding figure sits on top of a dedicated base with a numbered plaque. For fans of one of the most memorable villains in movie history, this is one collectable not to be missed.

MC-034 Pirates of The Caribbean Davy Jones is limited to only 3,000 pieces worldwide. Don’t miss your chance by ordering yours from an official Beast Kingdom outlet today!