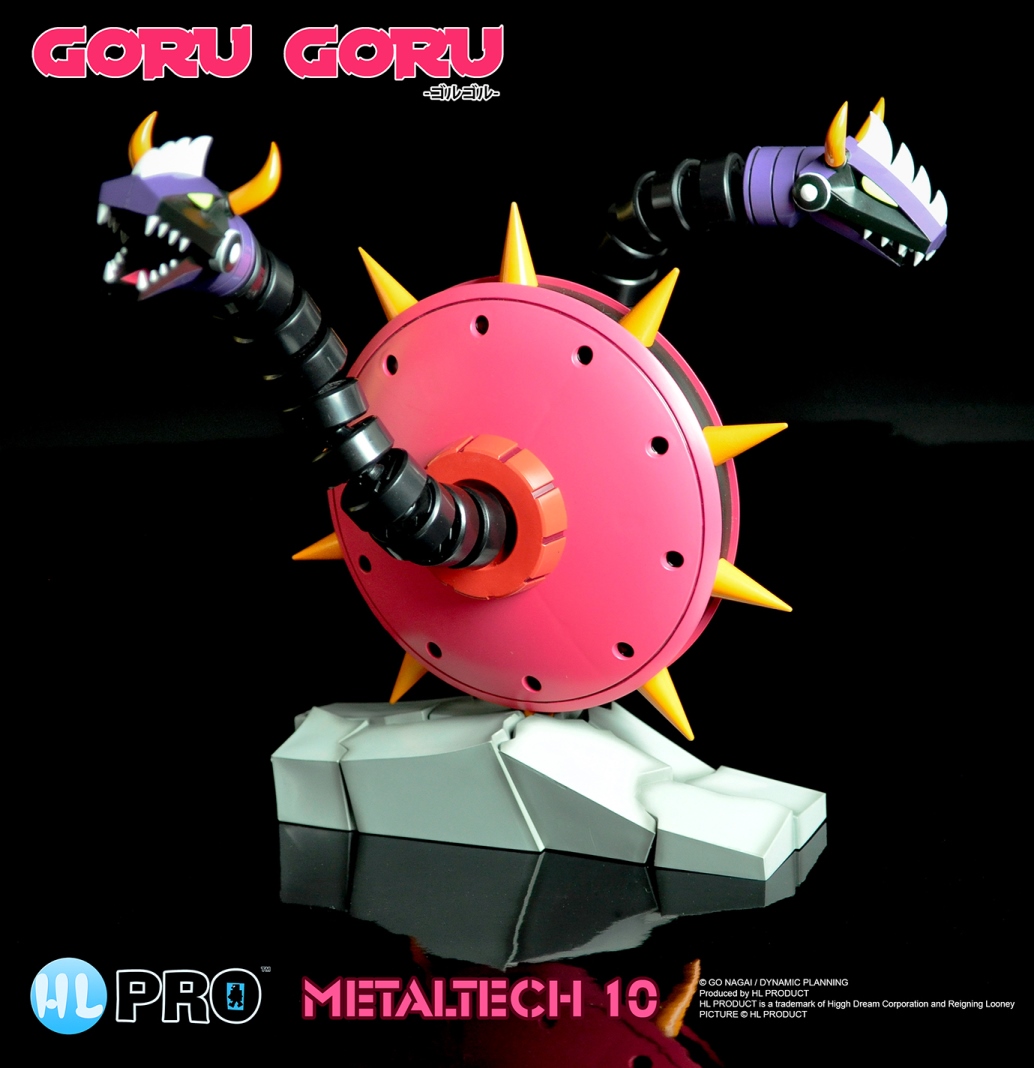 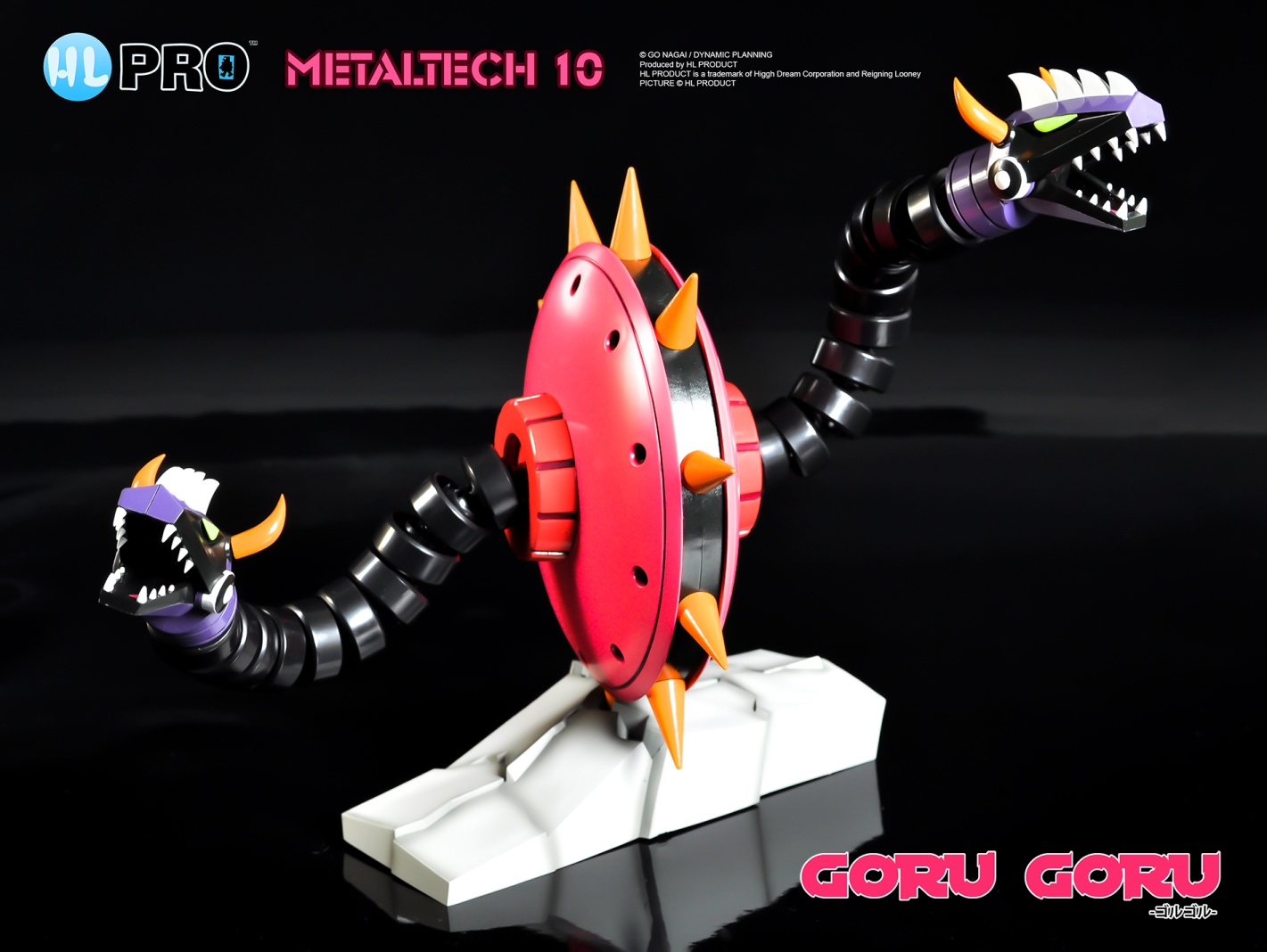 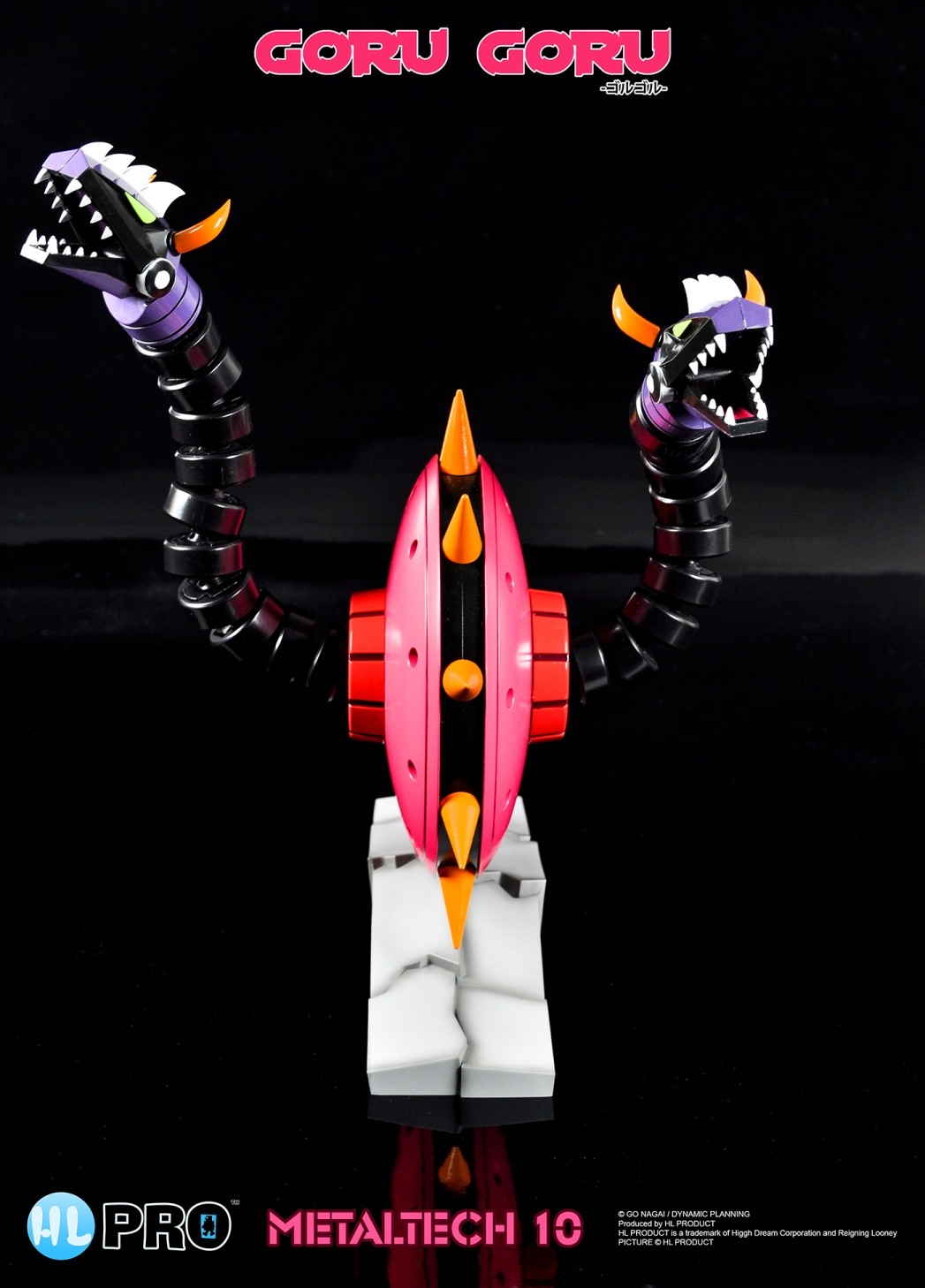 UFO ROBOT GRENDIZER is a robot created by the MANGA creator (MANGA KA), Go Nagai, during the 70s. Creator of many successful series, Go Nagai is best known for his work on a saga of super robot, including MAZINGER Z, GETTER ROBOT, GREAT MAZINGER, KOTETSU JEEG. UFO ROBOT GRENDIZER was renamed ‘GOLDORAK’ in France and ‘ GOLDRAKE’ in Italy with a first appearance on the French TV channel Antenne2 during the summer of 1978. famous in ITALY, QUEBEC, and various MIDDLE EAST countries, Kids now adults, parents are introducing to today’s boys and girl the adventure of the main hero DUKE FLEED and his friends, in their exciting adventures to protect our planet and its natural treasures with the help of the great robot, THE UFO ROBOT GRENDIZER. GORU GORU is one of the first Vegan engineered machine and monsters to attack the Earth, trying to defeat Duke fleed and his mighty Grendizer. -die cast saucer parts -Articulated jaw -Entirely articulated Neck Comes with a decorated base