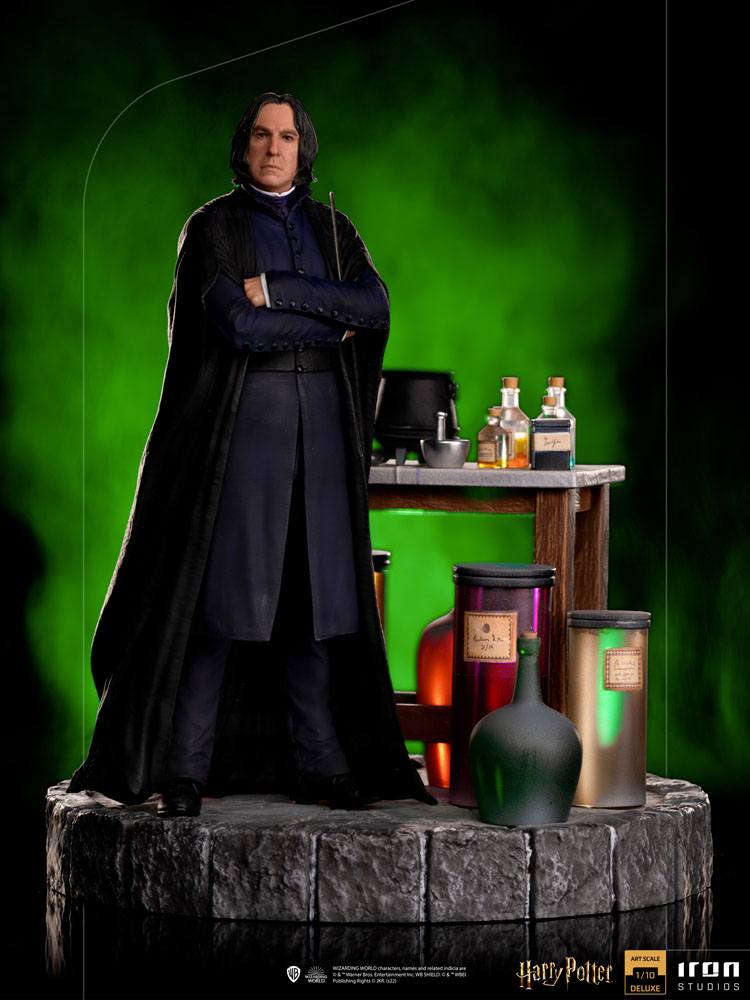 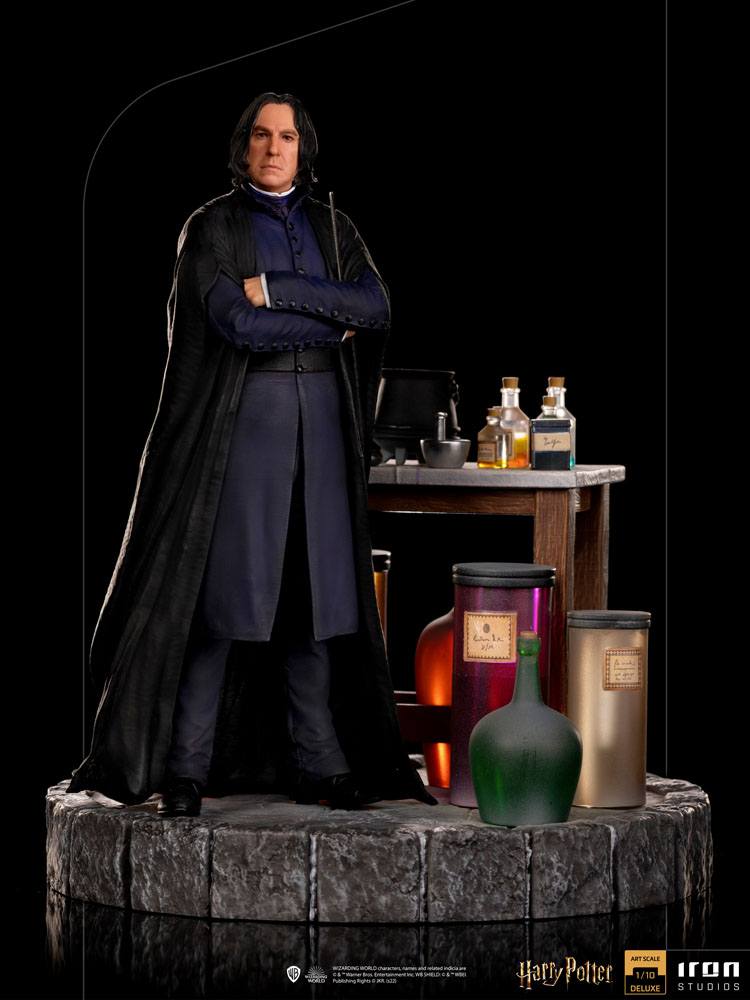 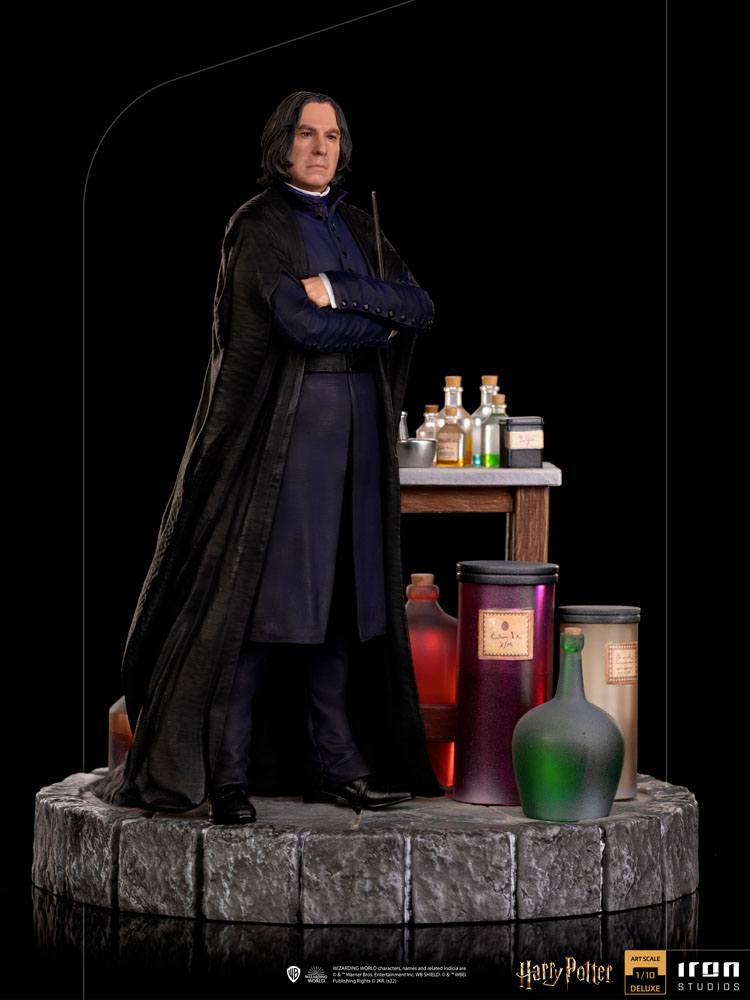 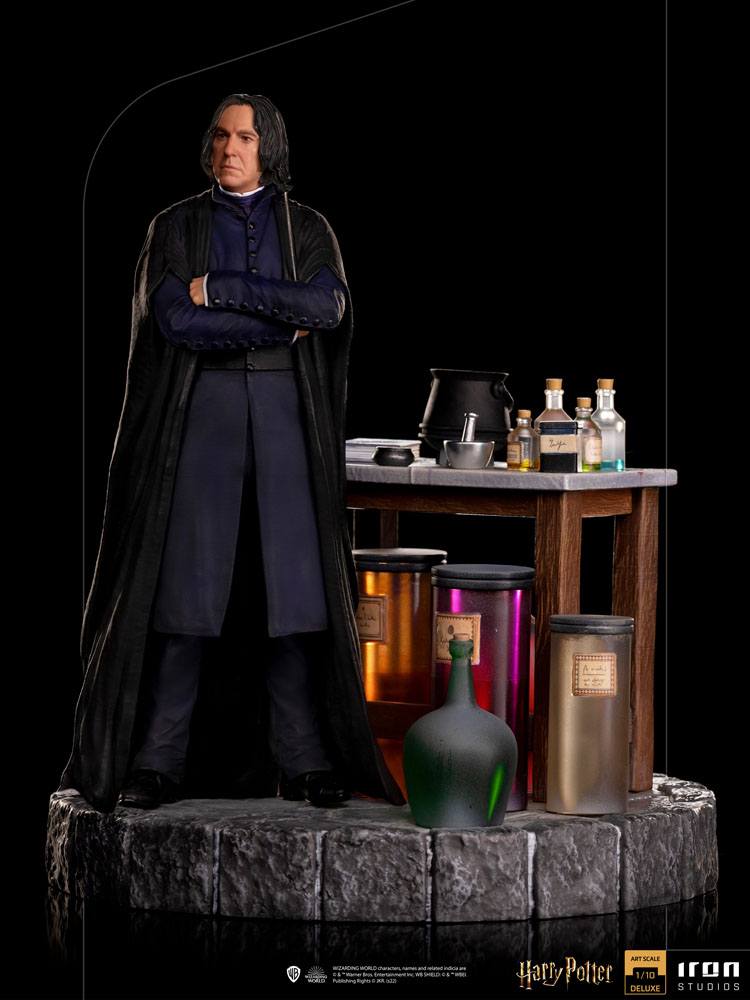 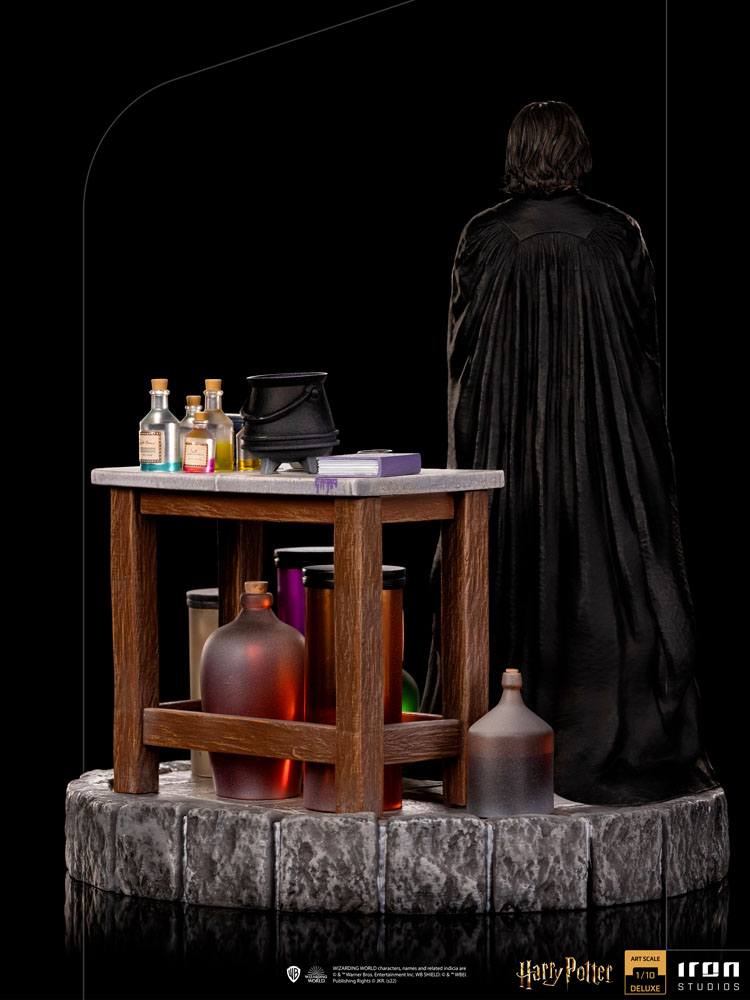 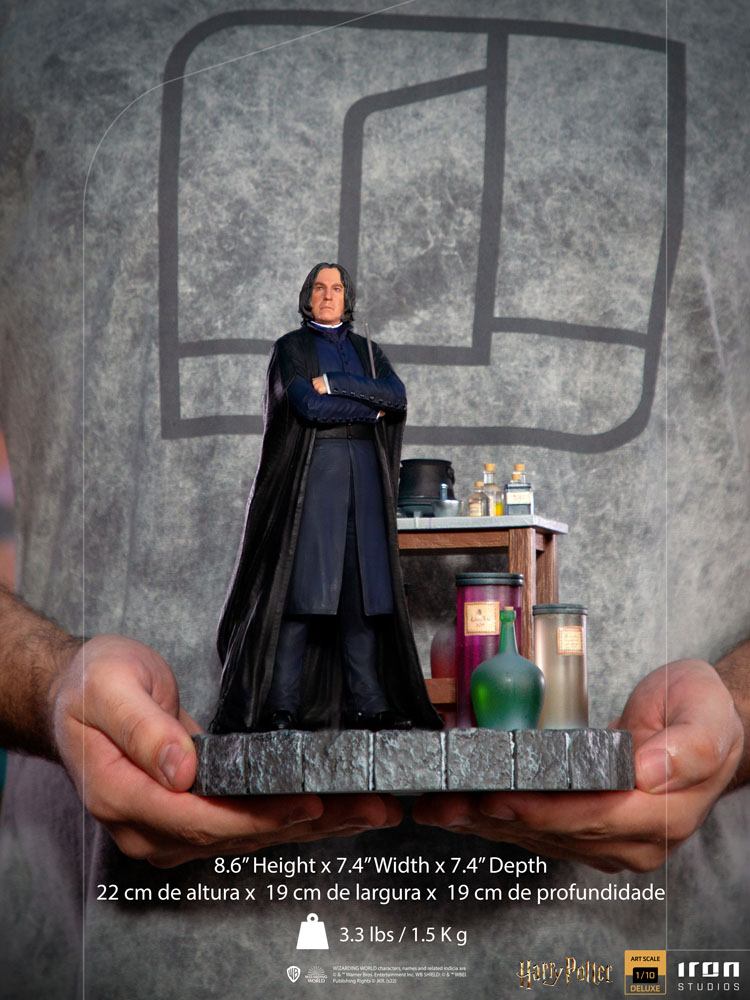 I n a rustic classroom inside of a big castle in the Scottish Highlands, where the millennial Hogwarts School of Witchcraft and Wizardry exists, the stiff Potions Master professor, Head of Slytherin House, exhales seriousness, authority, and control. Wearing his black cloak over his characteristic teacher’s
clothing with a medieval aspect, he crosses his arms, holding his wand. Thus, Iron Studios present their statue “Severus Snape Deluxe – Harry Potter – Art Scale 1/10″, with the strict and powerful wizard, Harry Potter‘s professor, over a pedestal with the stone floors of Hogwarts, with a table by his side with potion flasks, a small cauldron, artifacts, and a wizard’s book on the table, and big jars and bottles containing the ingredients to make magic formulas at his feet.

Coldly controlling his sarcasm, Severus Snape is an extremely skilled wizard, Potions Master at the
Hogwarts School of Witchcraft and Wizardry. Deep and enigmatic, he was Head of Slytherin House, one of
the institution’s divisions, up until Harry Potter’s sixth year in the school. After, he then started teaching
Defense Against the Dark Arts, a role he always wanted. During a big part of the story, Snape’s actions
seem to have served the great villain Lord Voldemort, and despite most people’s opinions, including Harry‘s, Headmaster Albus Dumbledore trusted Snape for reasons kept between the two of them until the time of their deaths. Surprisingly, Snape killed Dumbledore, part of a special agreement between them, and then, Snape became Headmaster of Hogwarts. Before Dumbledore’s death, Snape promised to protect the students of Hogwarts from the Death Eaters, which would inevitably take control of the Ministry of Magic as well of the school. In the end, Snape died by Voldemort‘s hands, when his deep and strong love for Lily J. Potter, Harry’s mom, was revealed as well as his part as a double agent, which brought him redemption, linking him to Dumbledore’s cause with the Order of the Phoenix. Harry described him as “probably the bravest man he has ever known”, and guaranteed that his portrait remained in Hogwarts, honoring him as a hero, despite their differences.