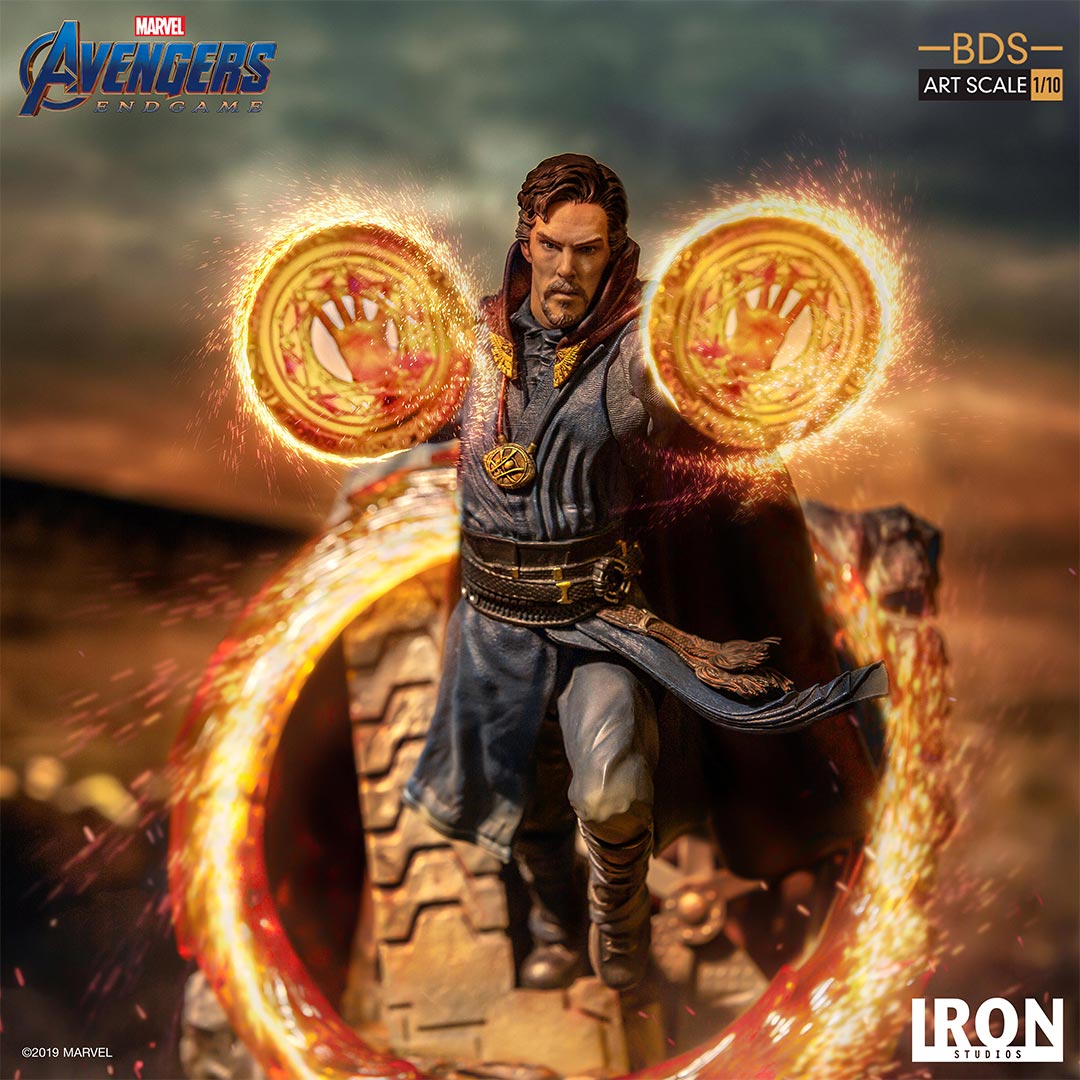 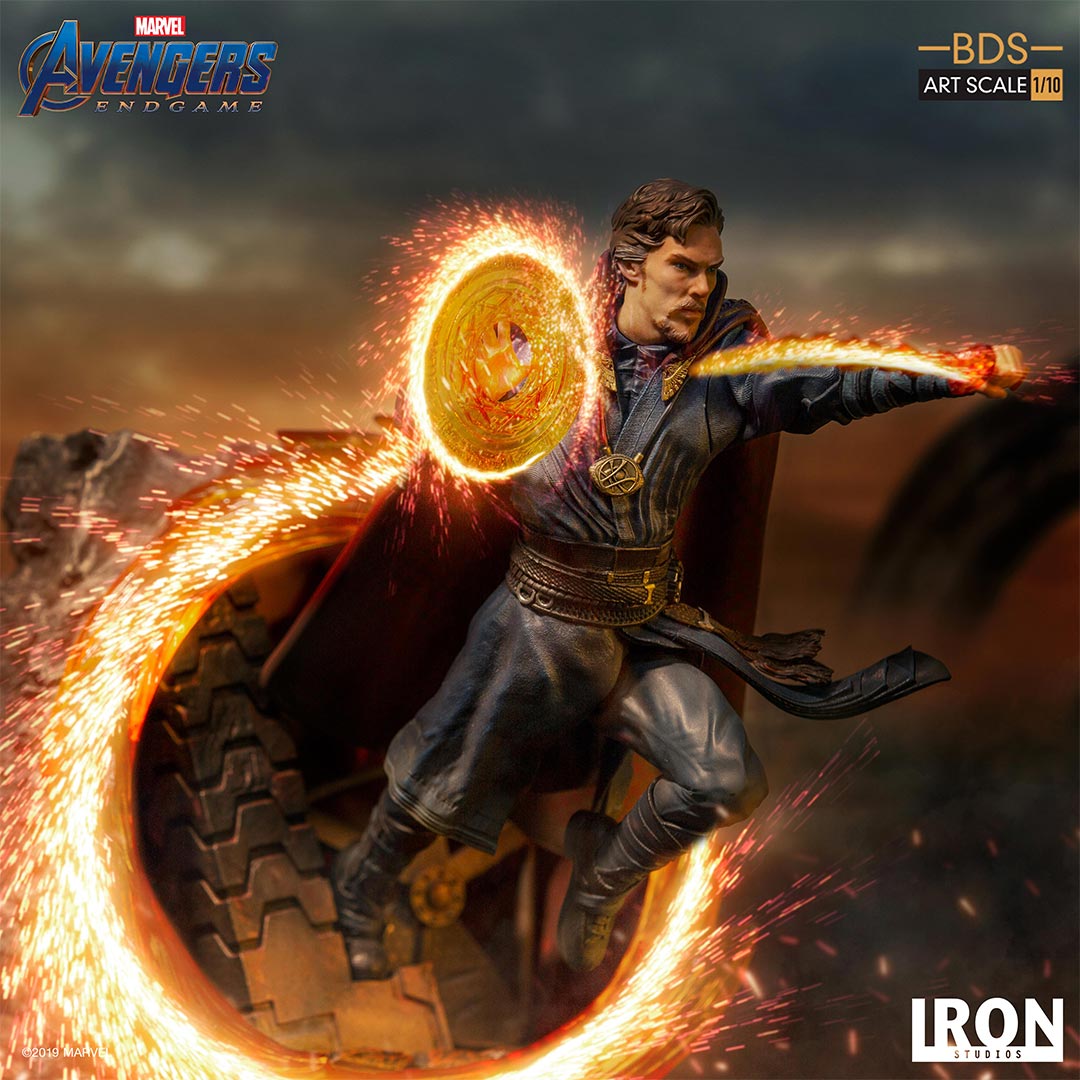 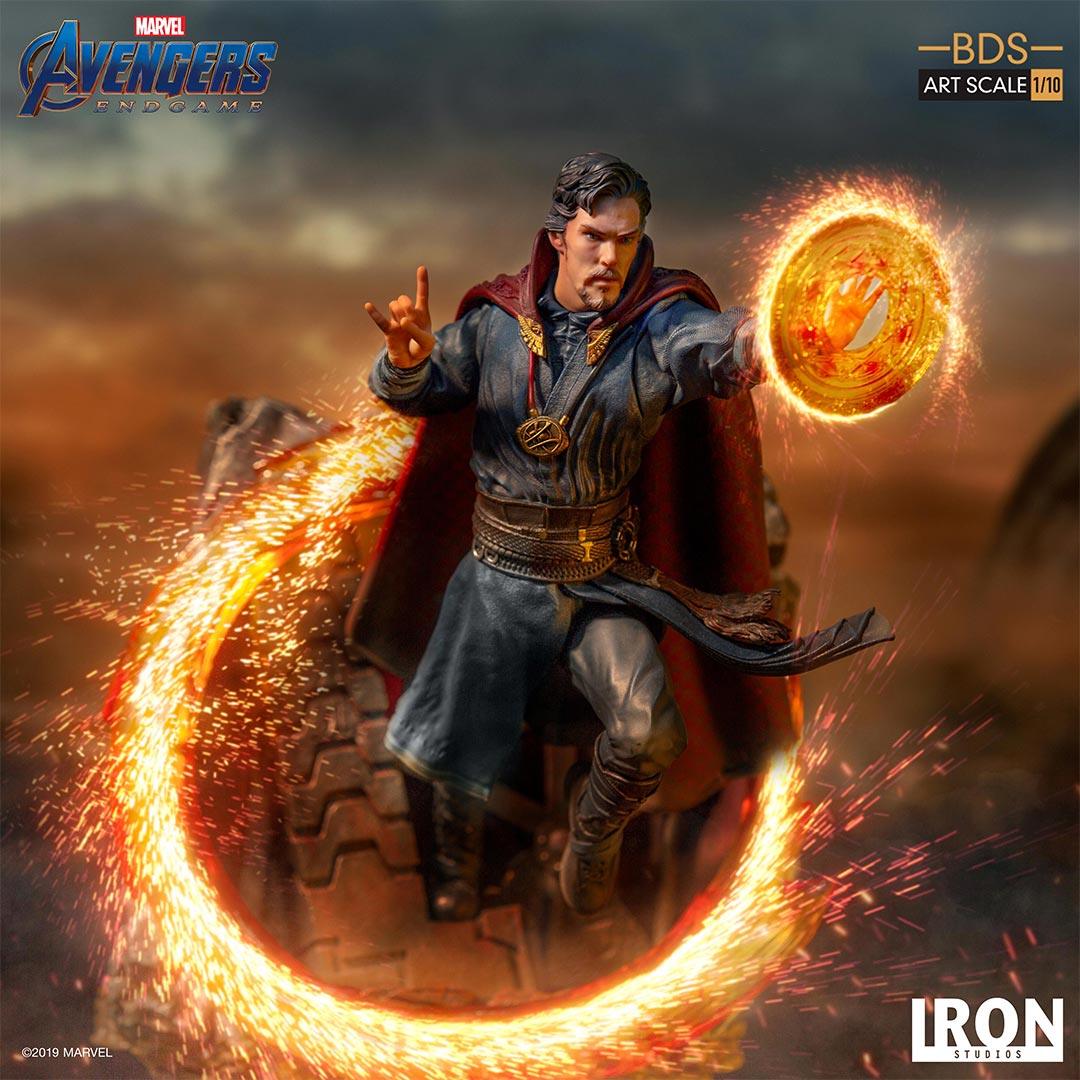 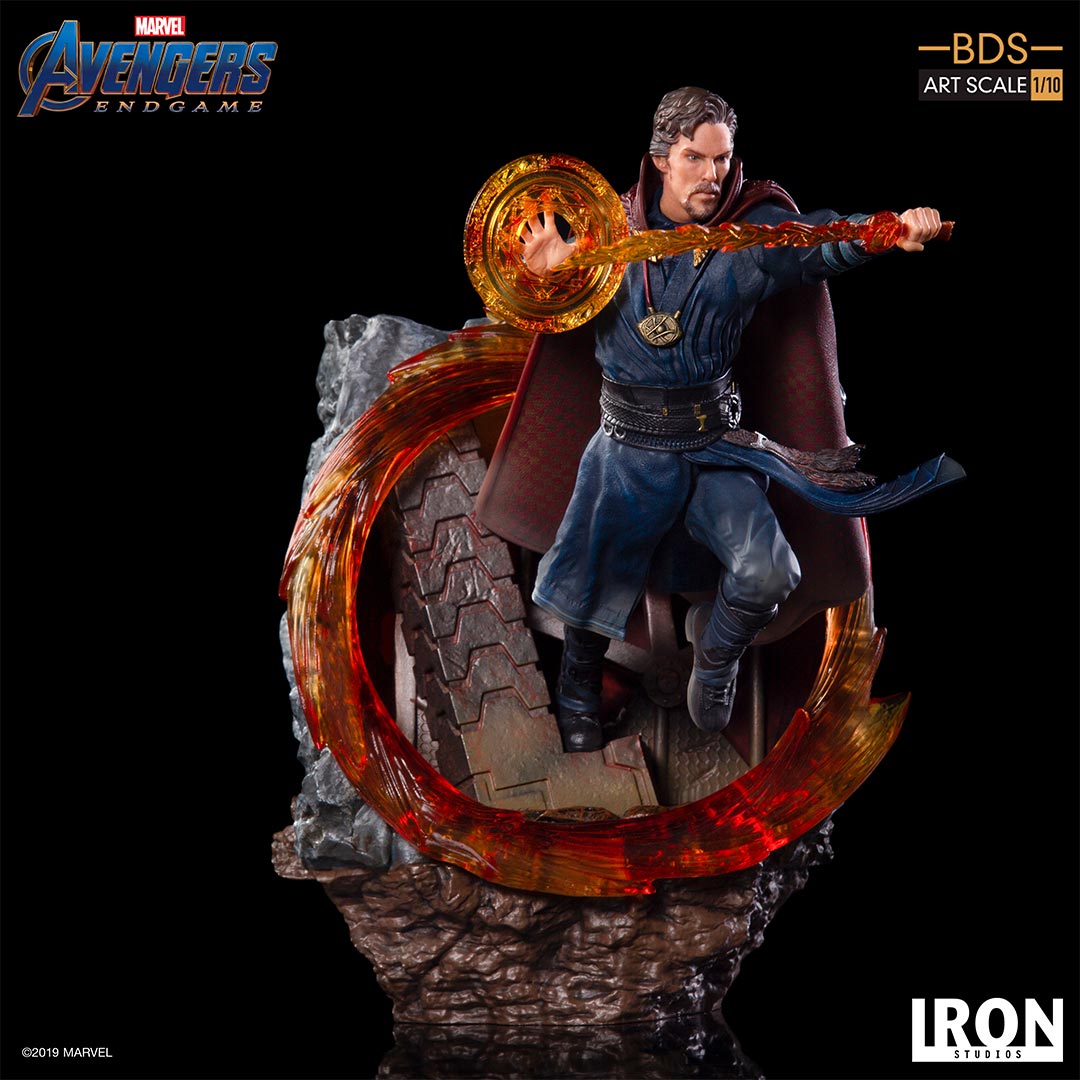 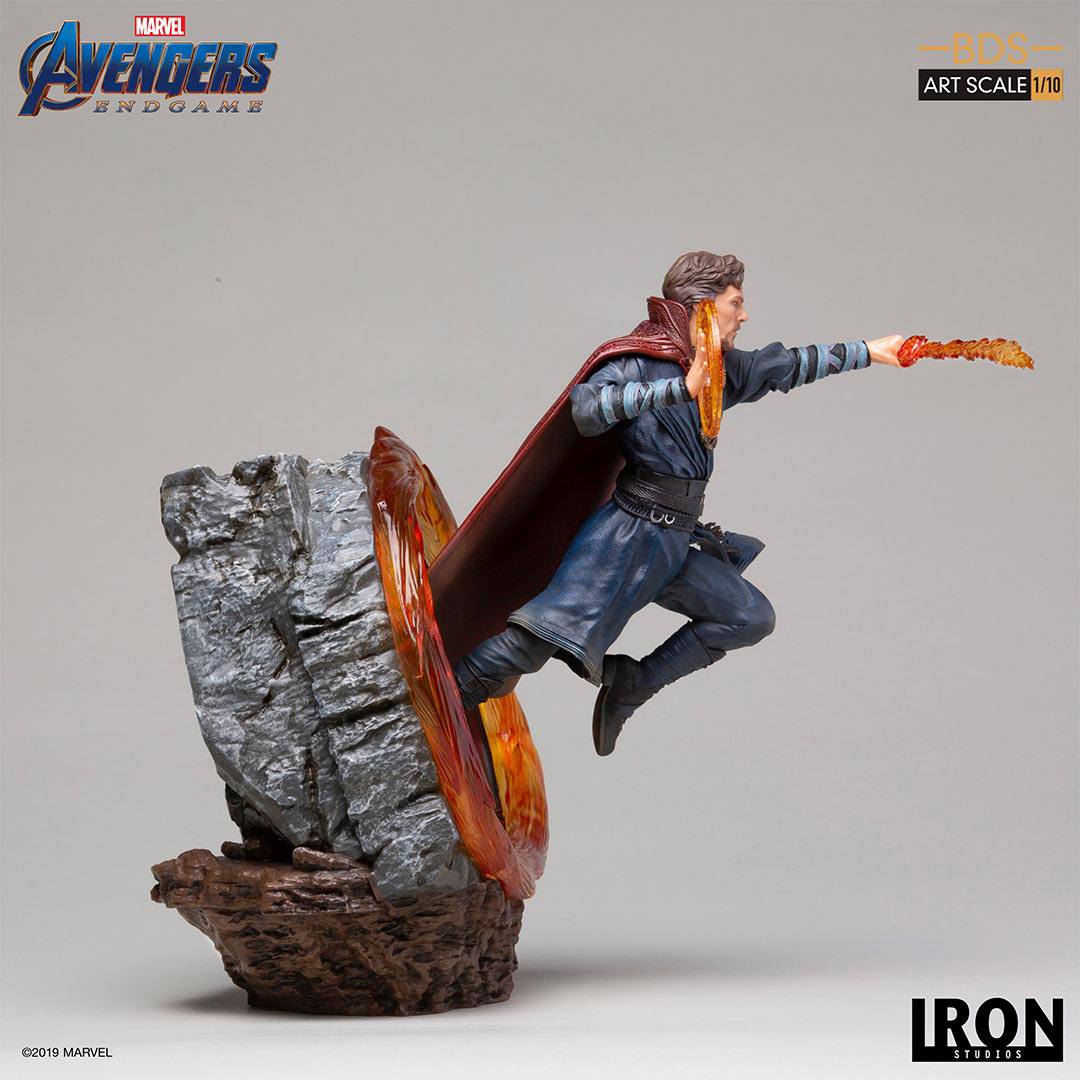 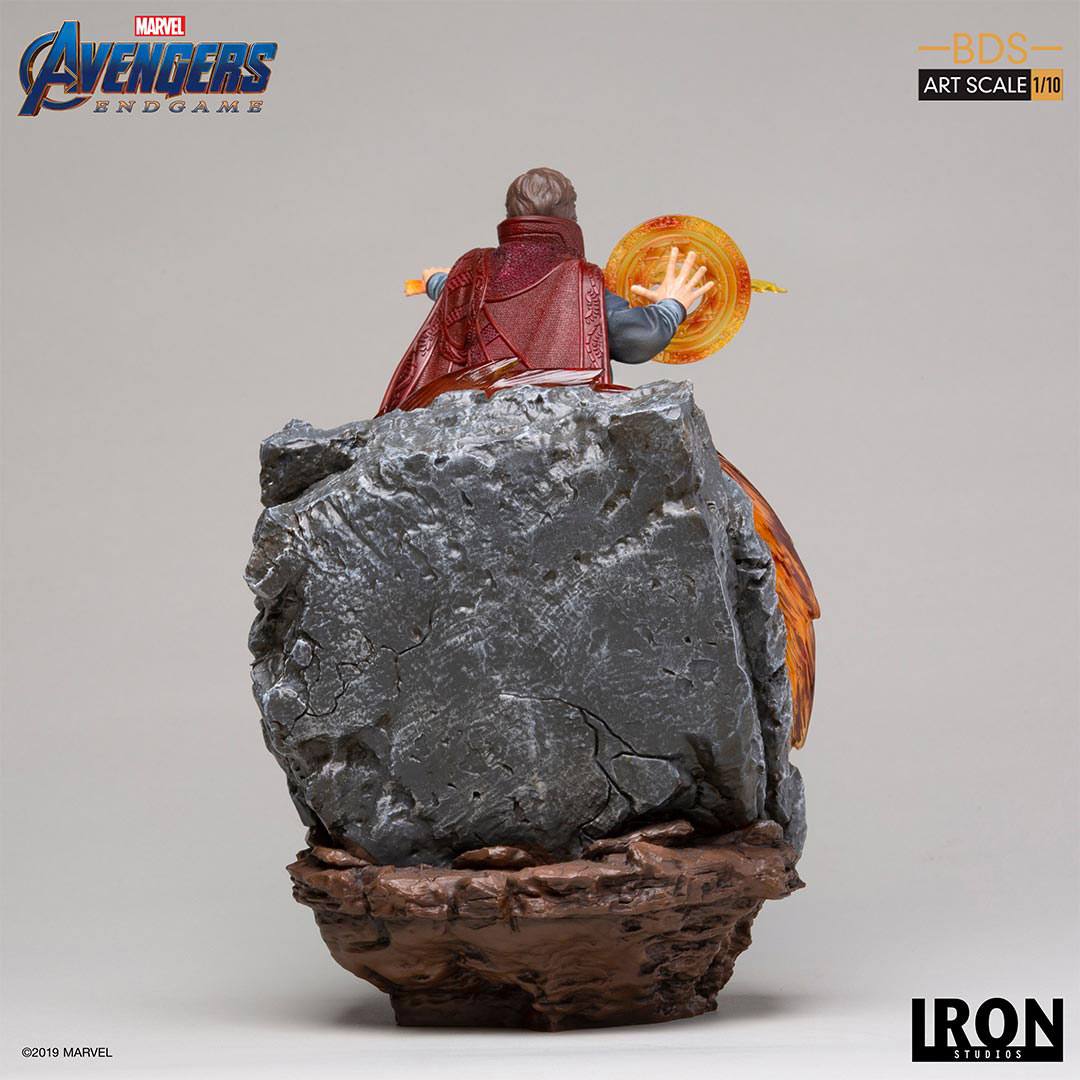 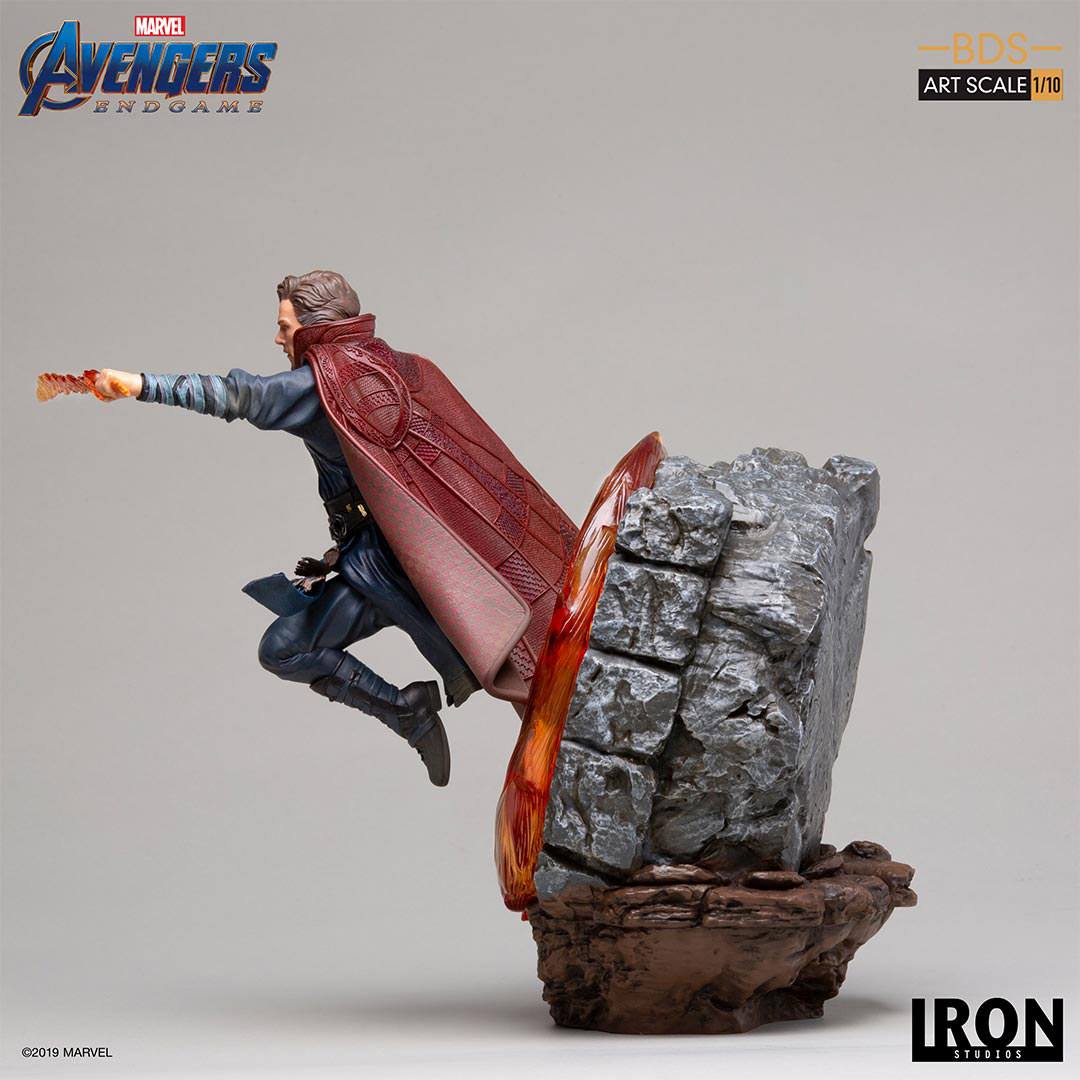 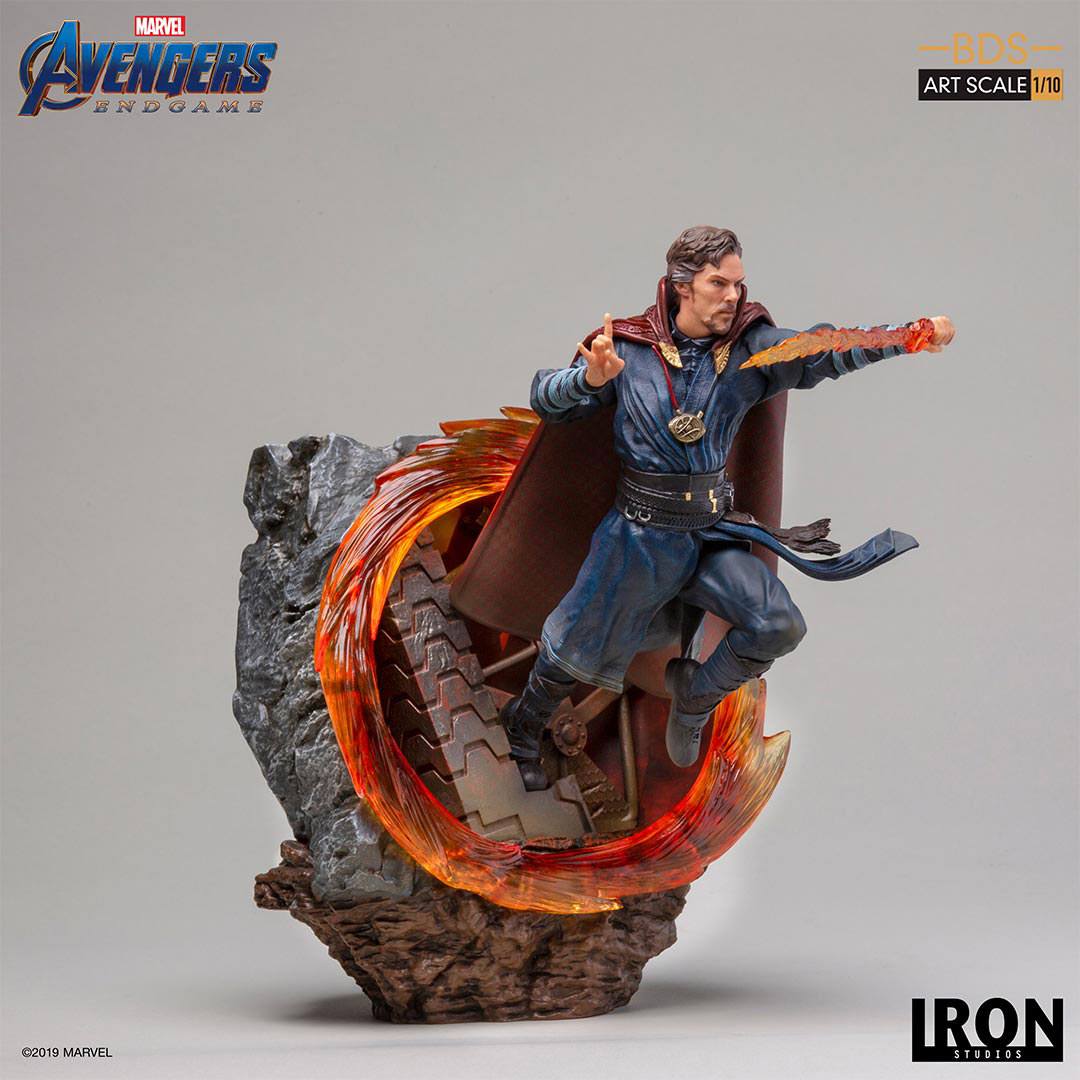 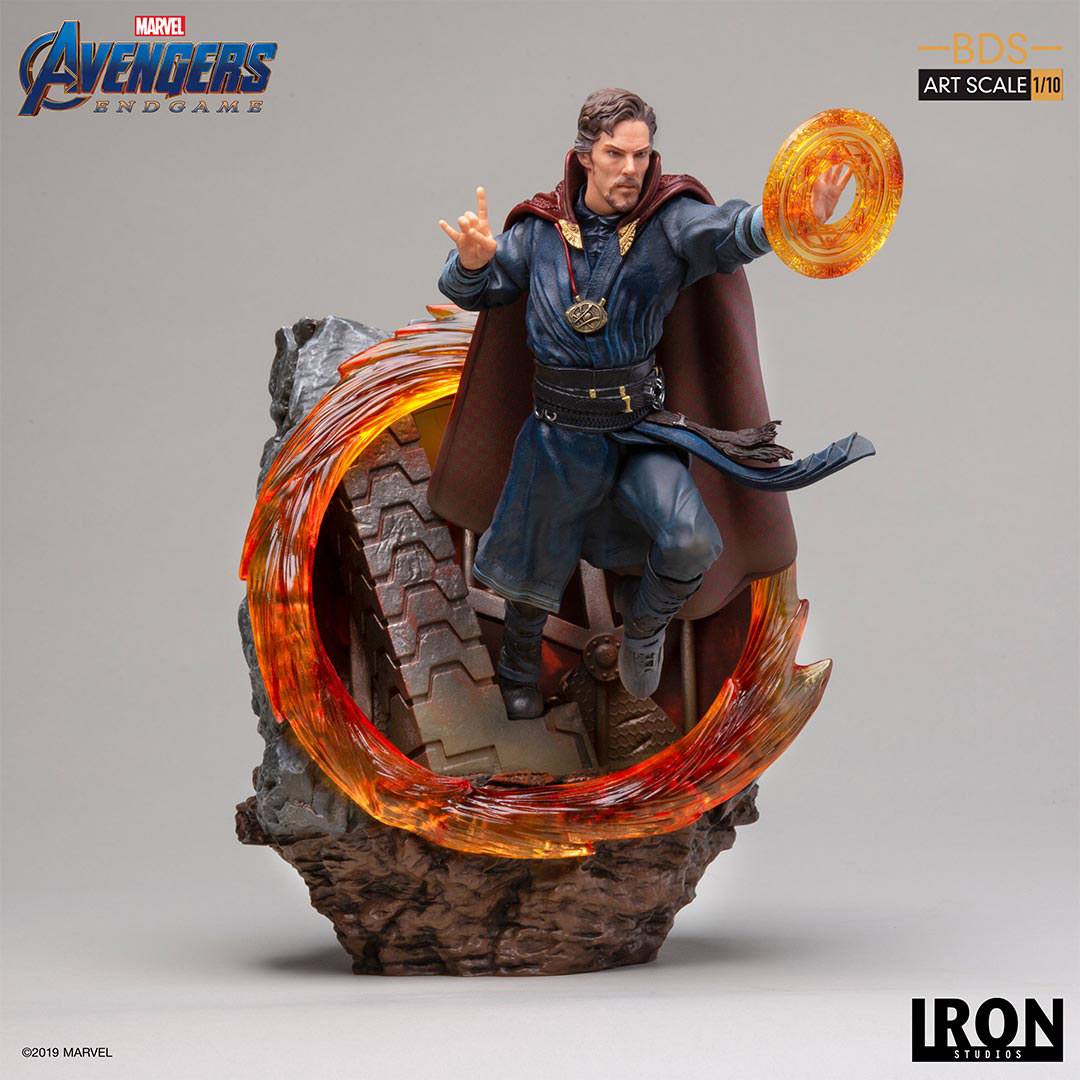 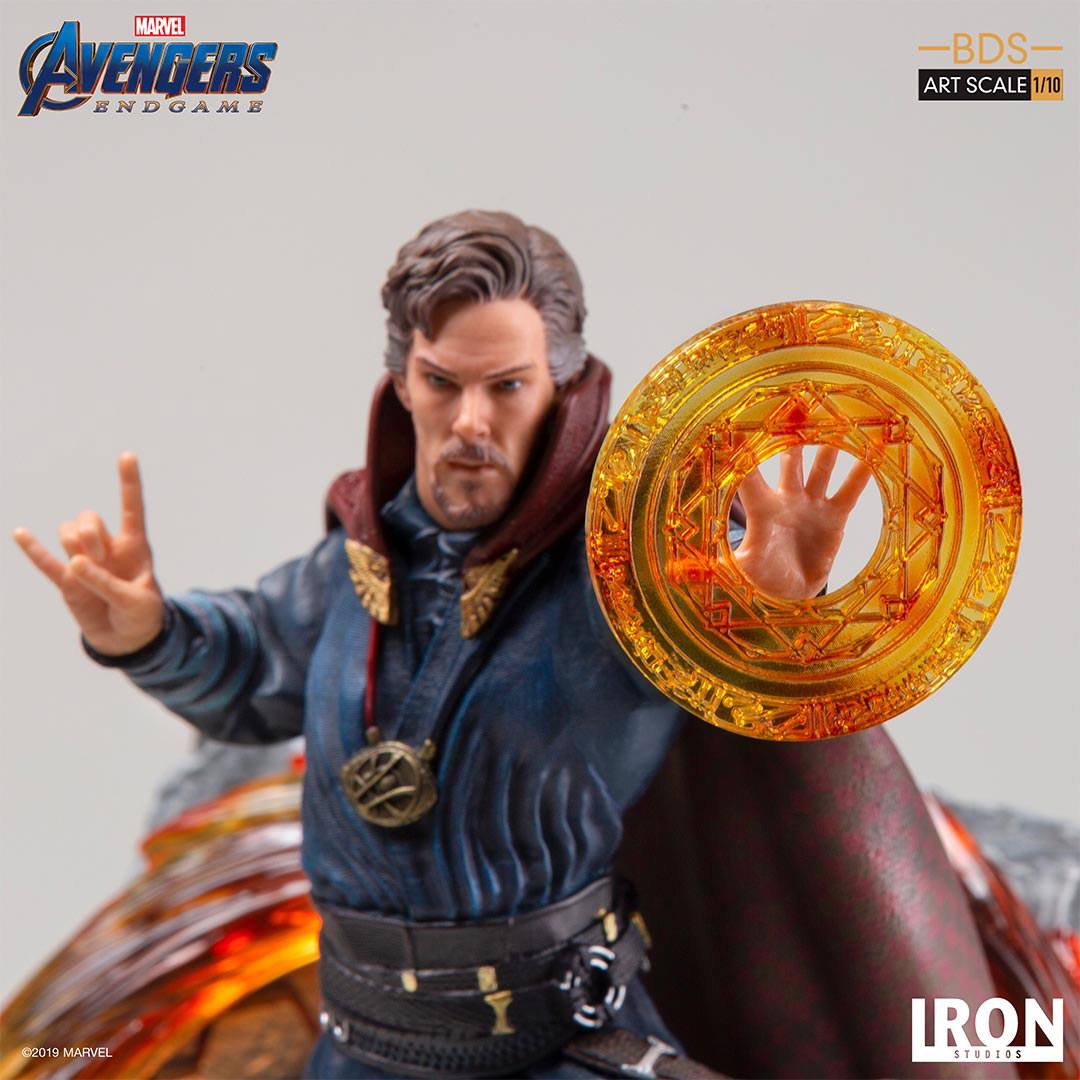 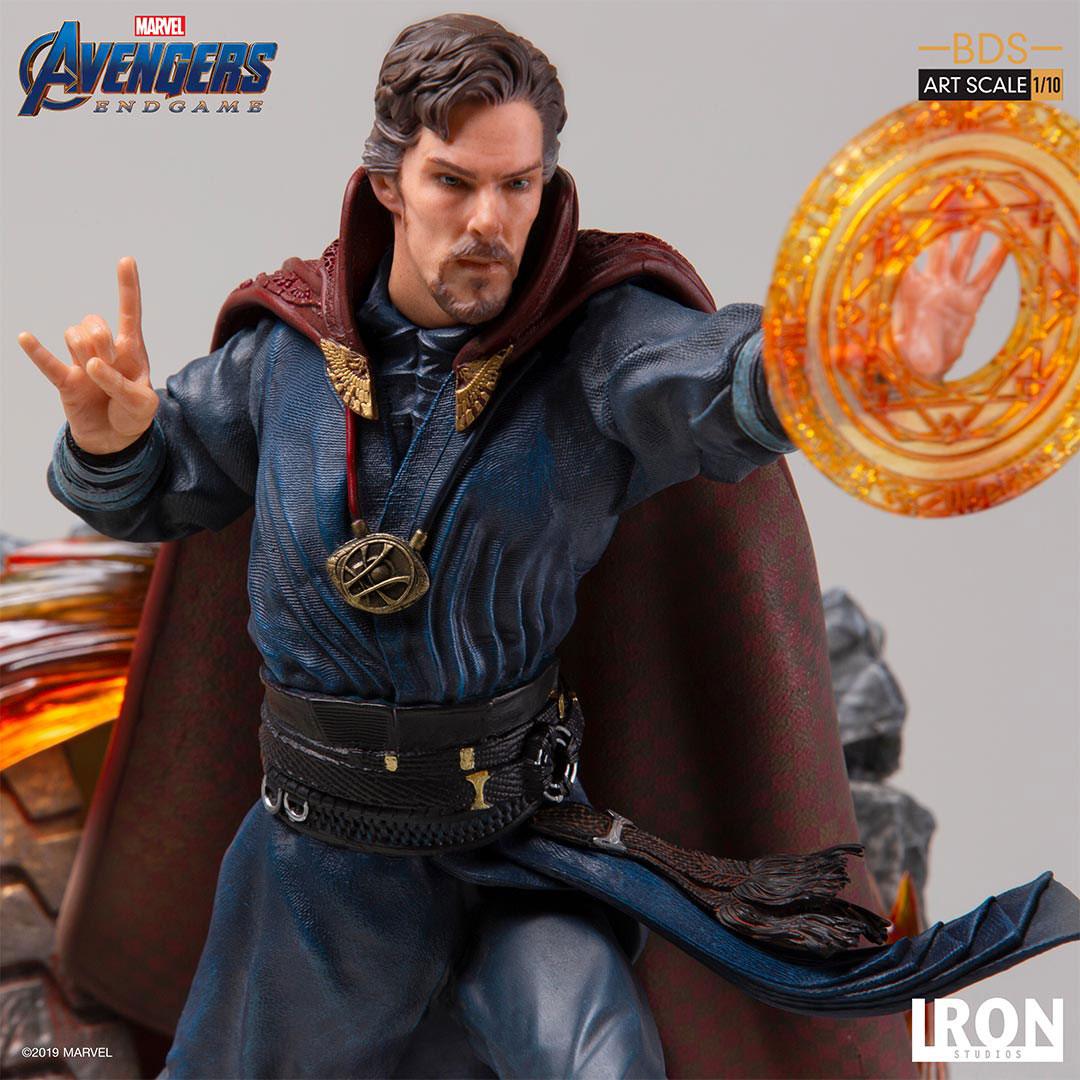 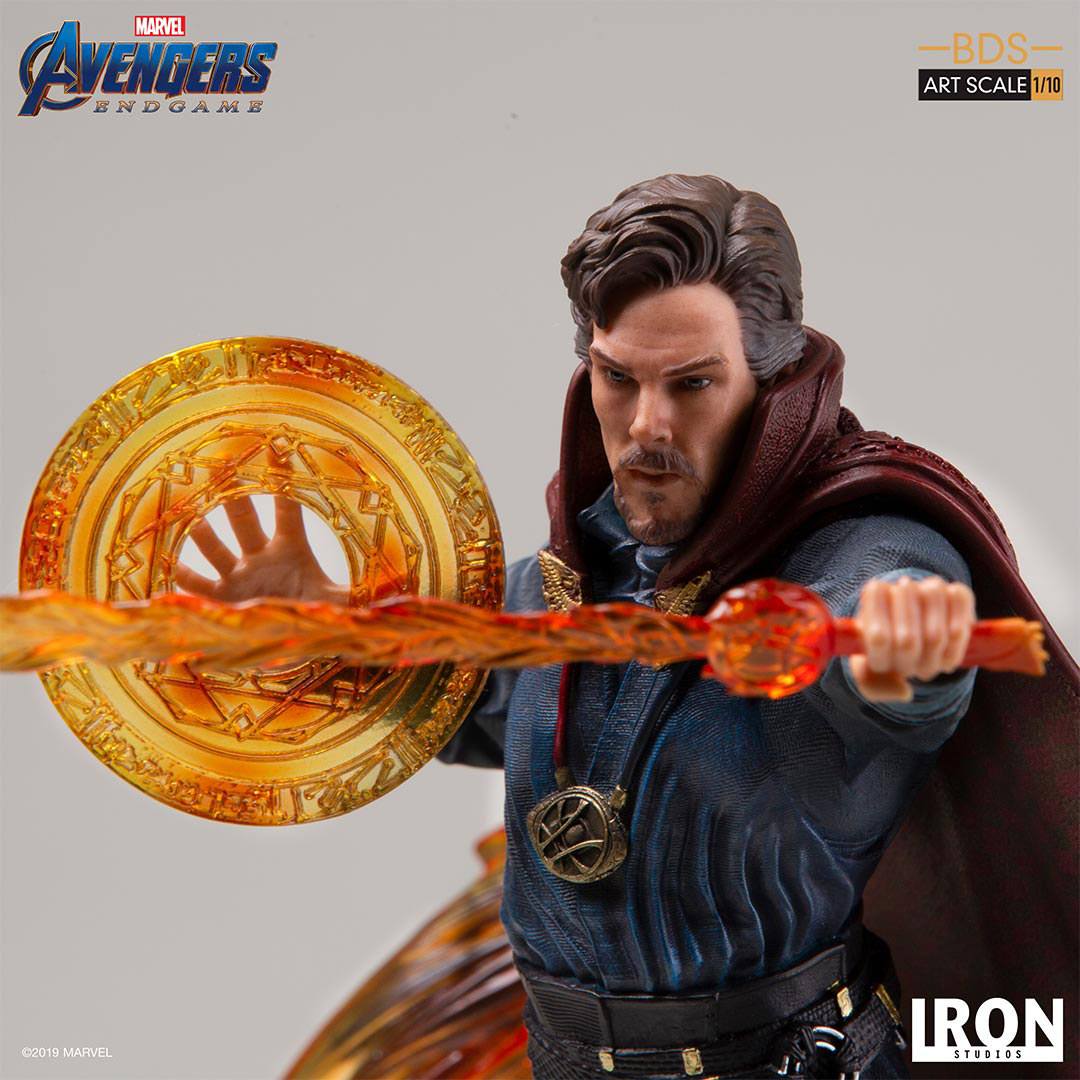 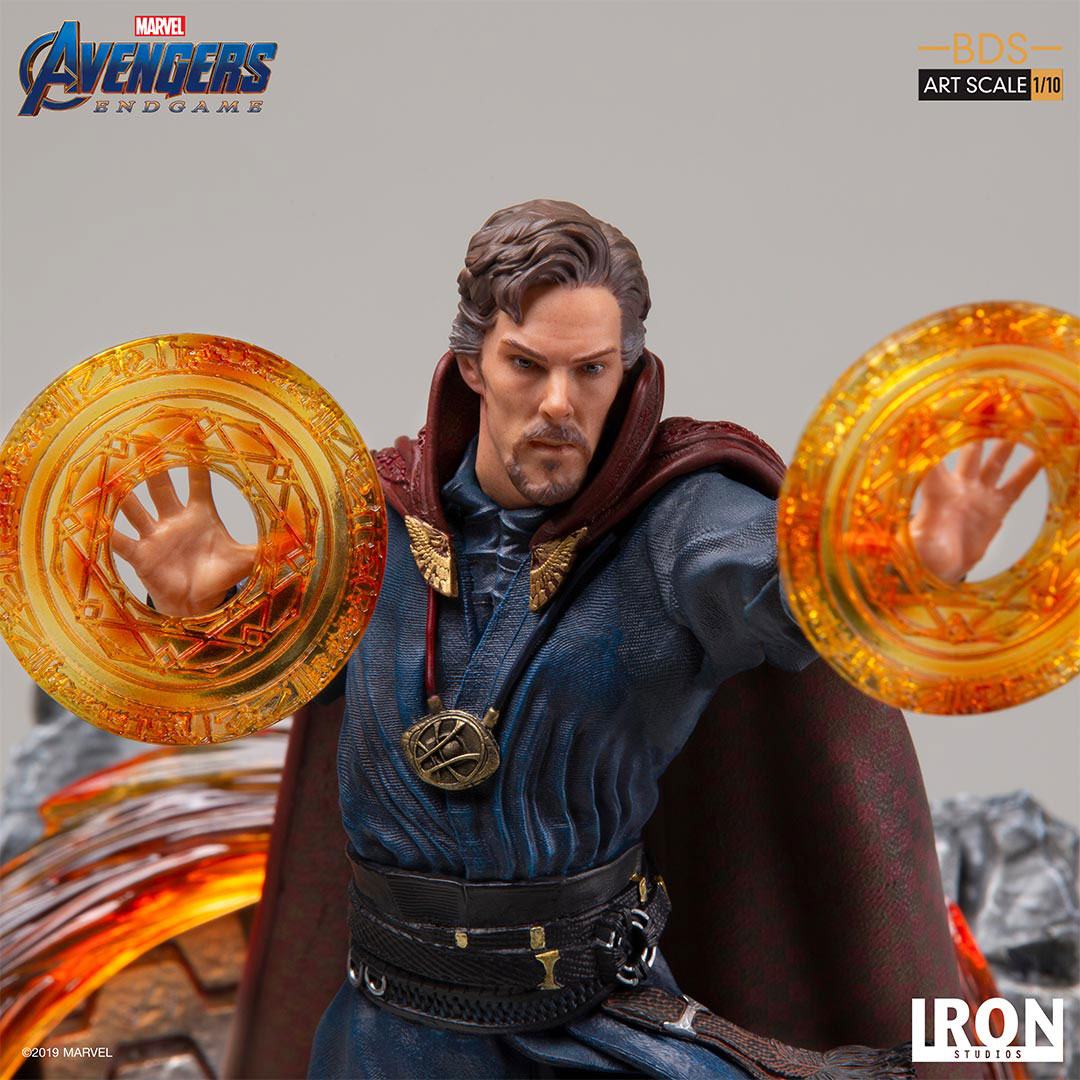 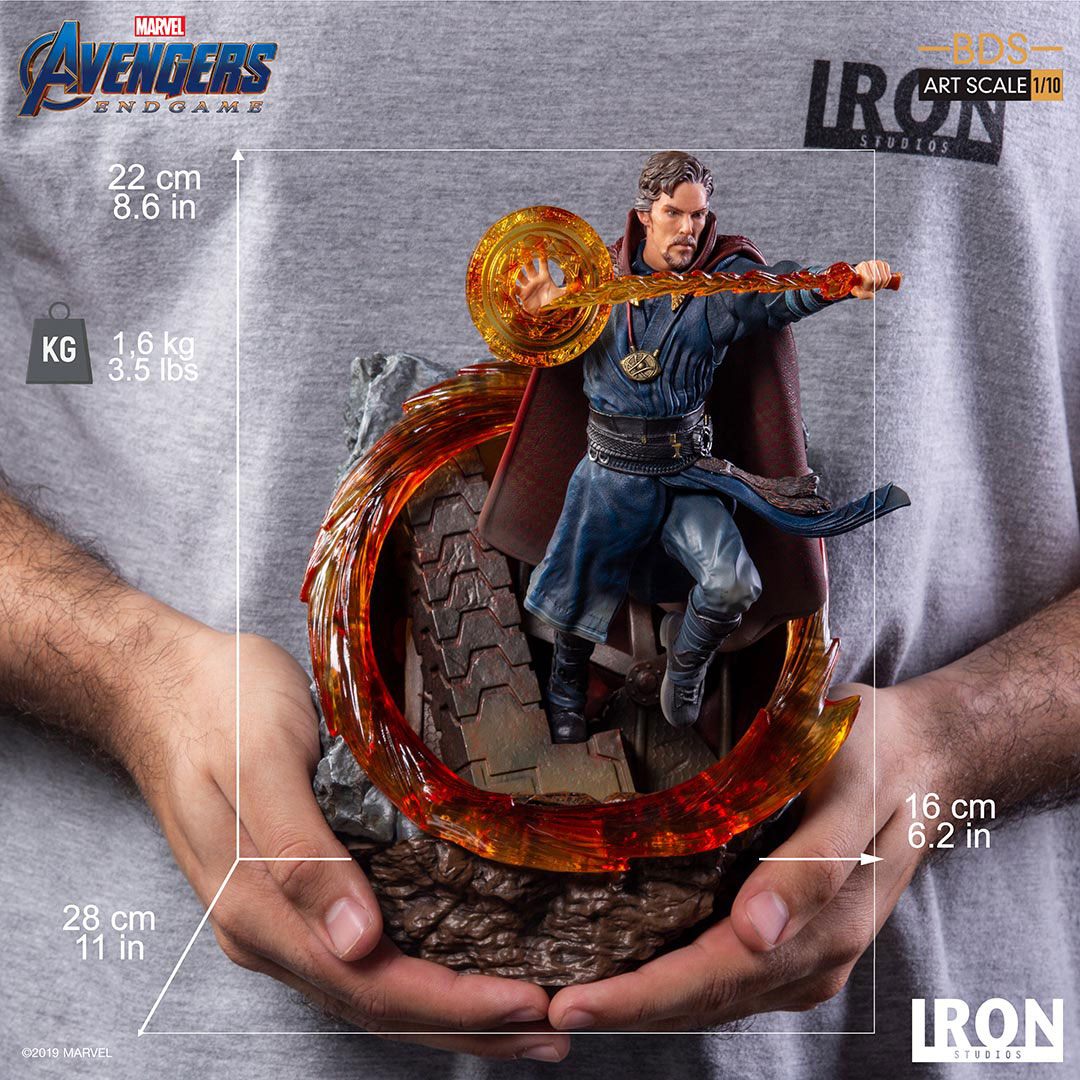 Doctor Strange is the Sorcerer Supreme in the Marvel Universe, created by Stan Lee along with Steve Ditko in 1963.

Stephen Strange was a brilliant neurosurgeon, but his arrogant, selfish and greedy persona made him unpopular. When he suffered a car accident that damaged the nerves of his hands, affecting his movements and preventing him from work as a medical surgeon. he exhausted his fortune in trying to heal himself, but with no results. With his last resources, he went to the East in search of an old wizard called ‘the Elder’ and ended up becoming his apprentice in the mystical arts. Strange became the Sorcerer Supreme on Earth, establishing his base in his Sanctum Sanctorum in Greenwich Village, New York next to his oriental friend Wong, where they fight supernatural forces.

After being turned to dust by Thanos in Avengers Infinity War, he was snaped back by the Hulk and brought everyone back to battle with his power. Iron Studios 1/10 BDS Art Scale statue representes this very moment, with a fully detailed base displaying his portal and exchangeble hands with diferente types of spells.

– Limited edition
– Based on original movie references
– Made in polystone
– Hand painted
– Includes 2 sets of hands
– This statue is part of a battle diorama based on the Avengers: Endgame movie