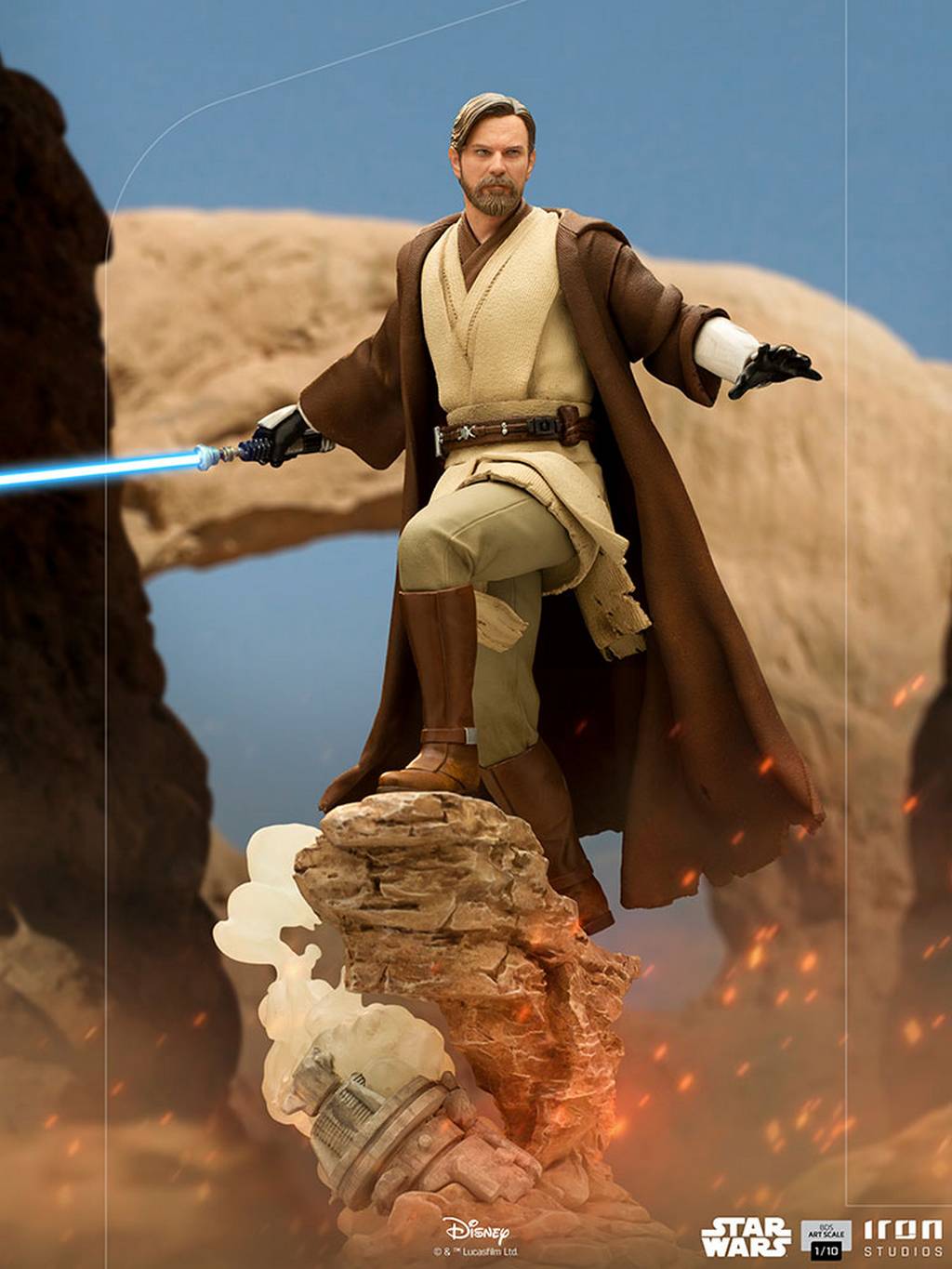 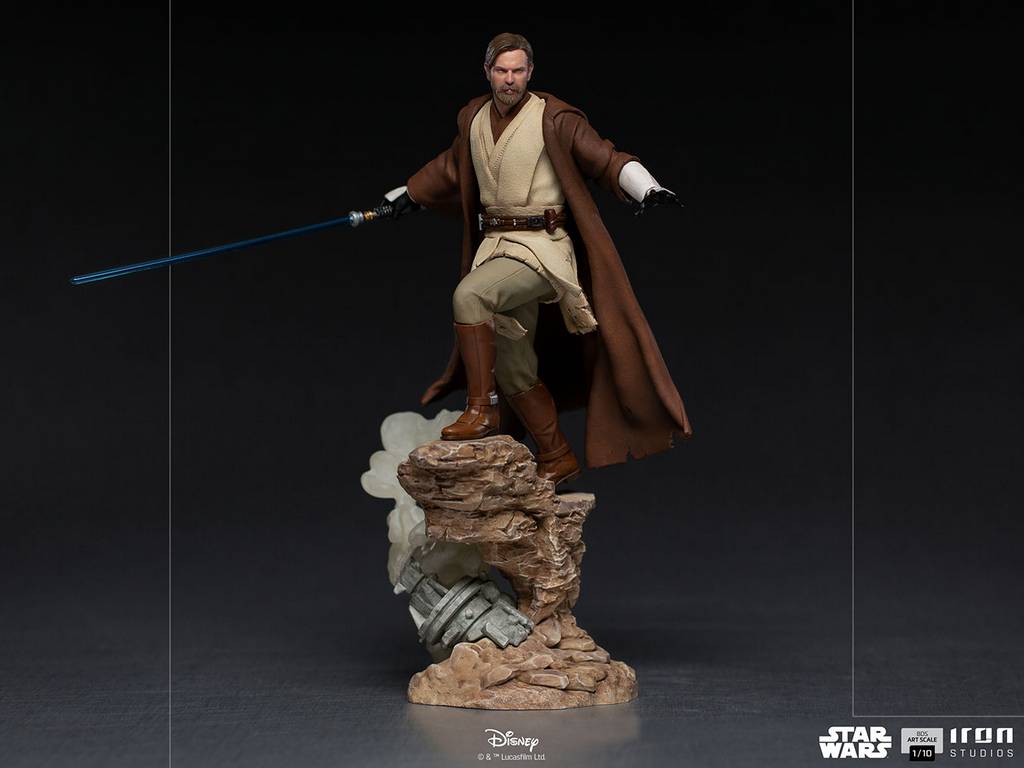 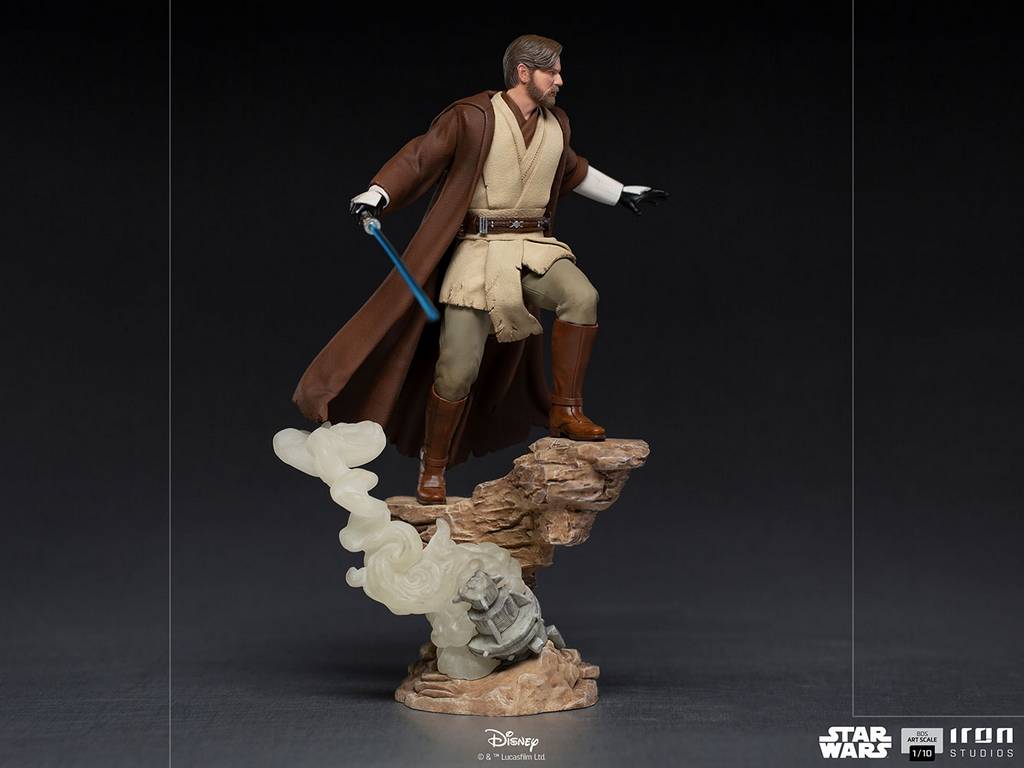 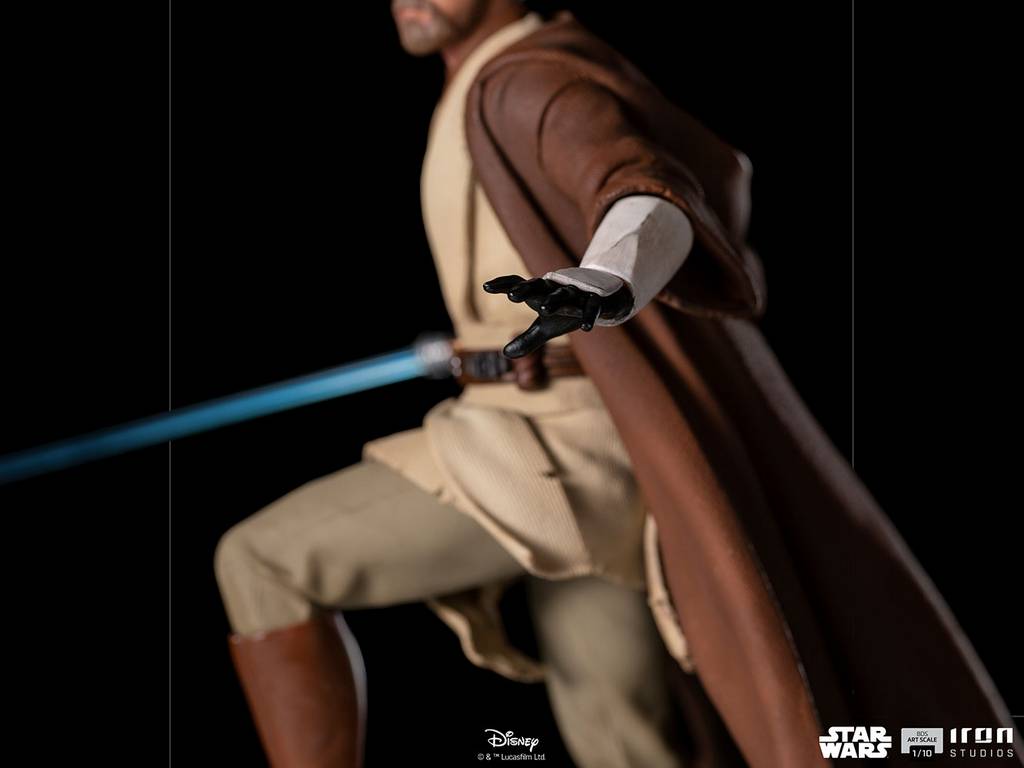 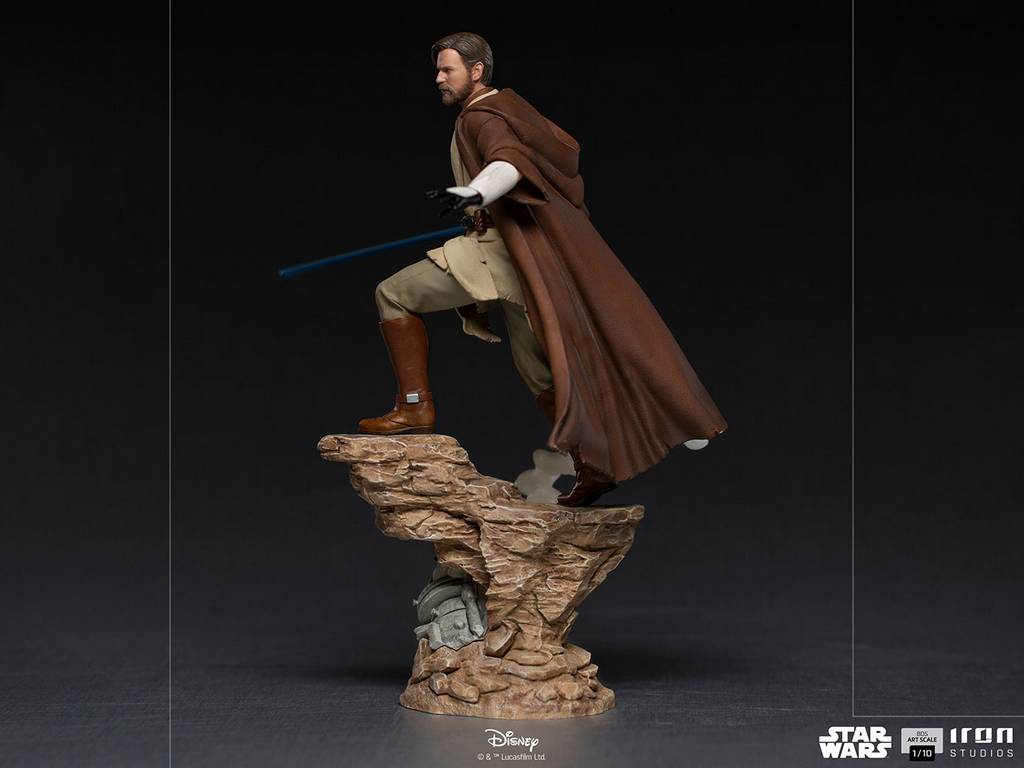 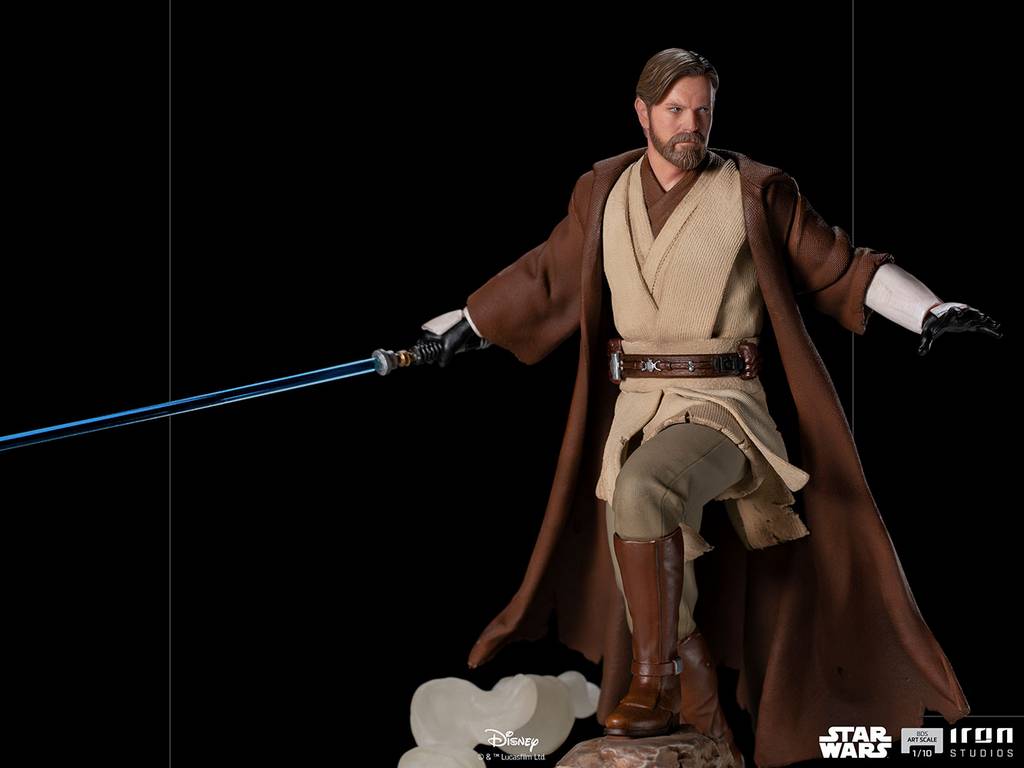 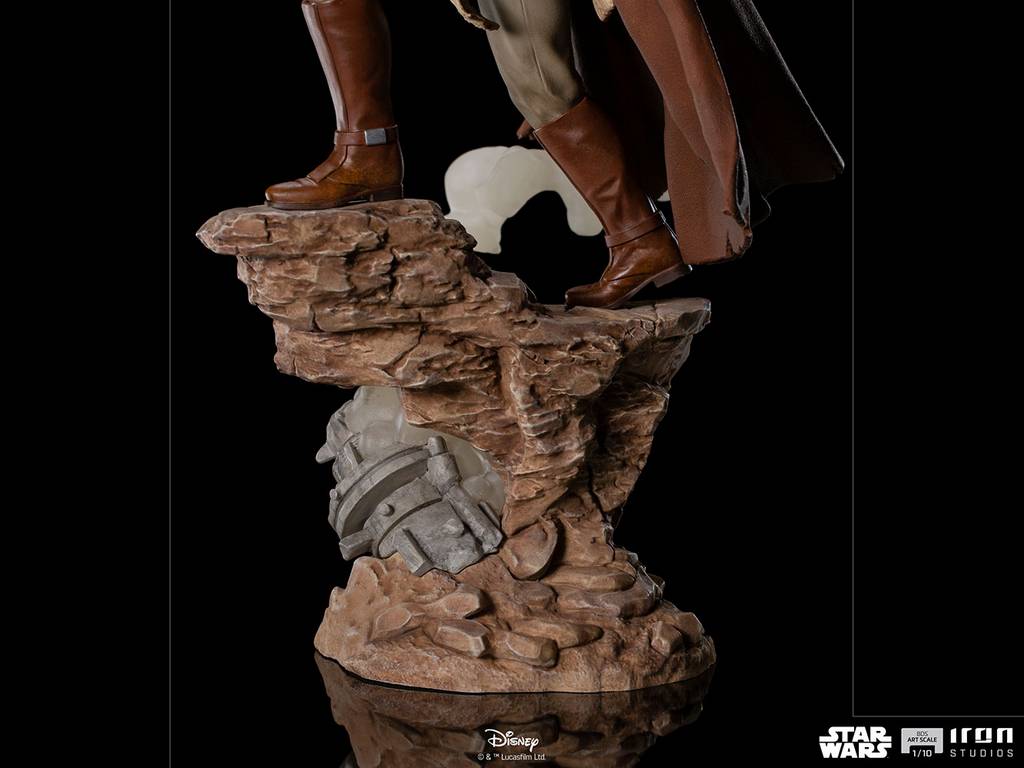 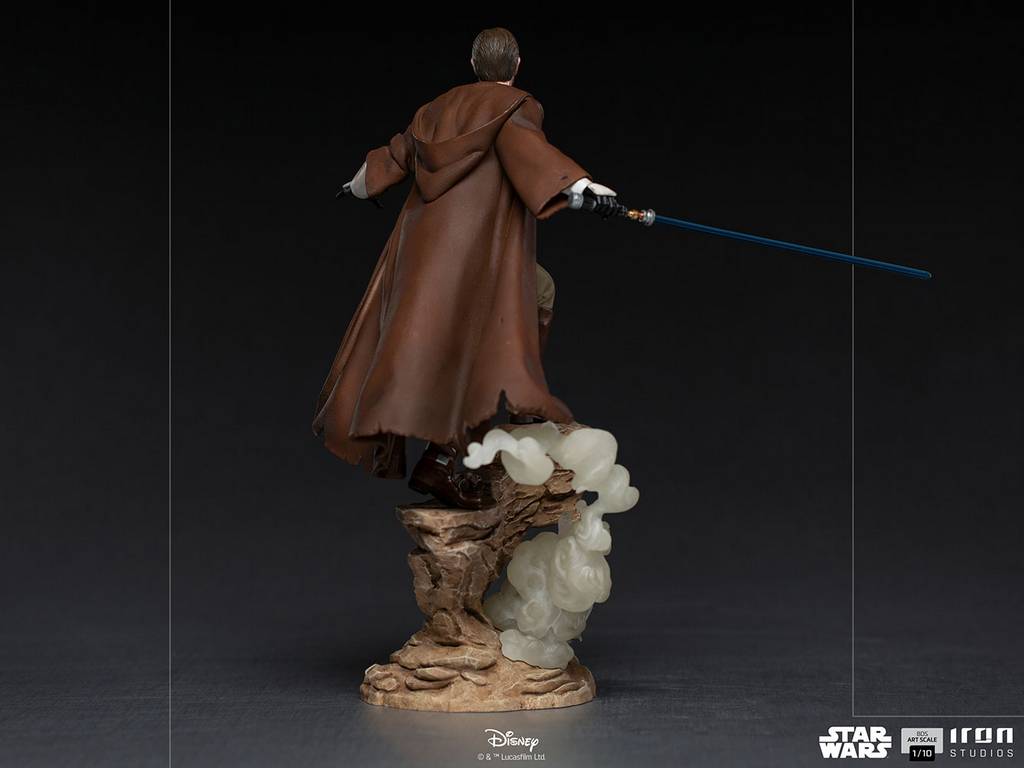 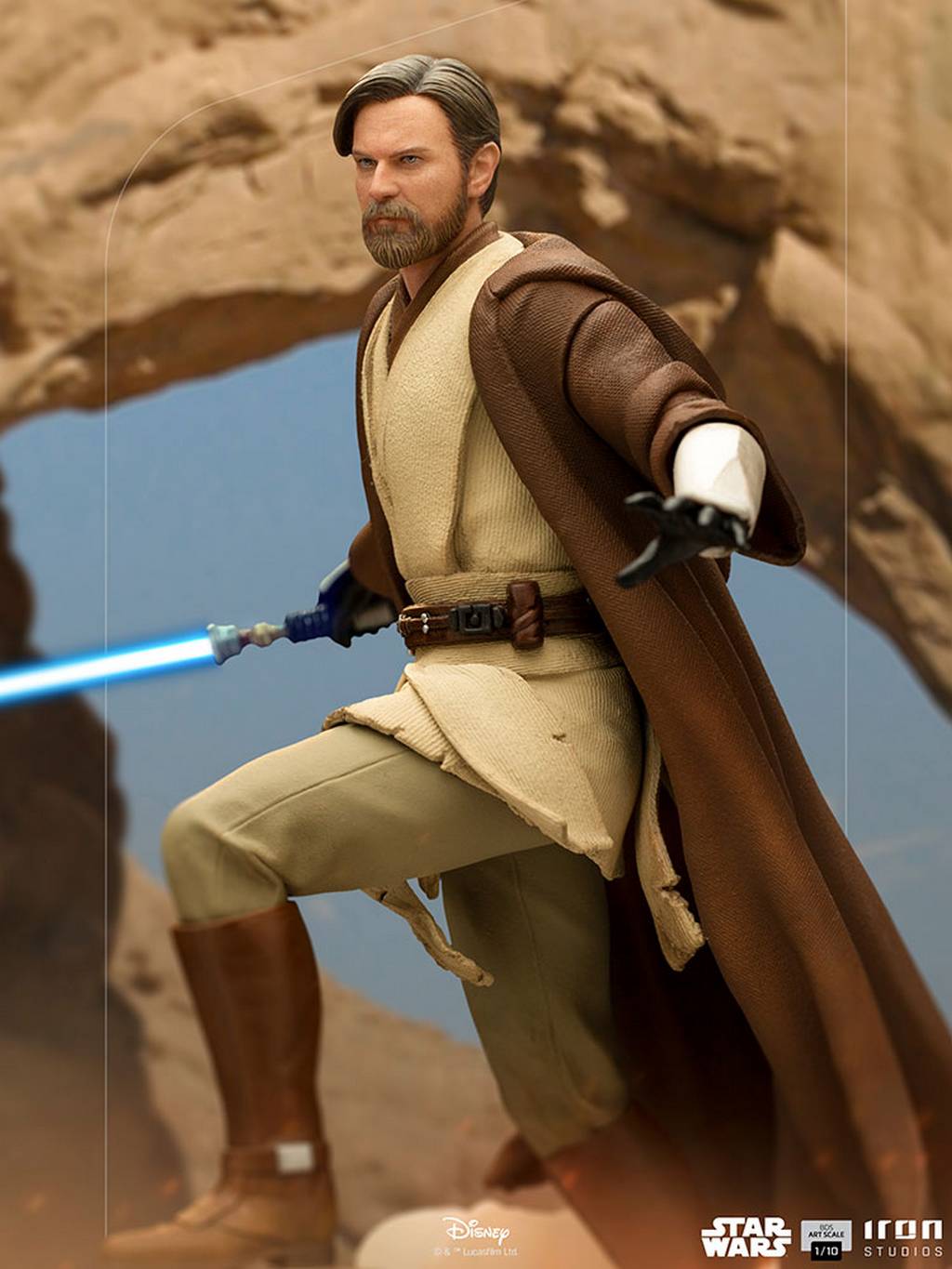 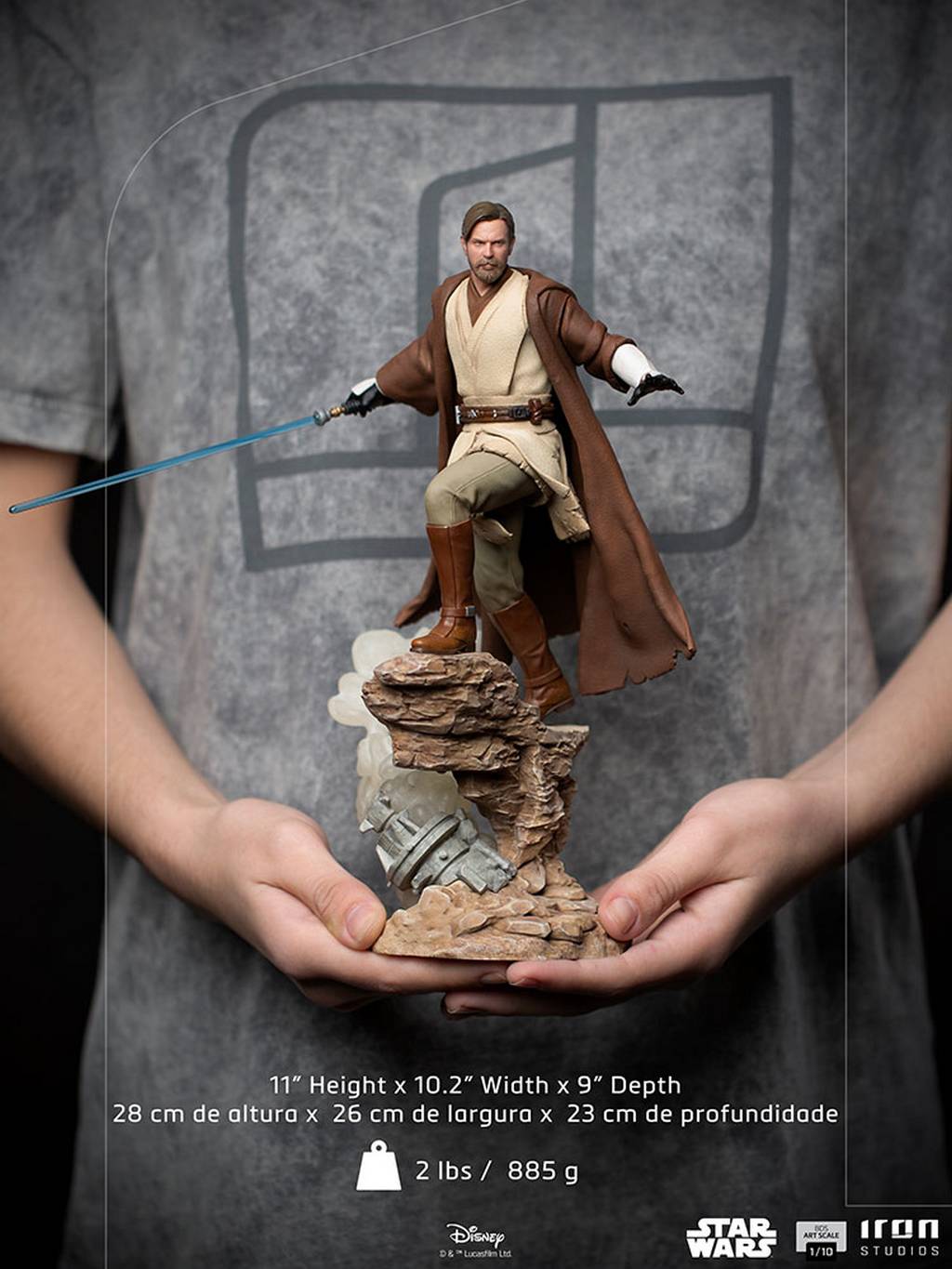 The worn clothing and robe reflect the time and severity of the arid planet Tatooine, where the Jedi Master adopted the name Ben Kenobi to remain anonymous in his exile, watching over the safety of his future apprentice and protégé. With a stern countenance, he has a raised left arm and an open hand, which evokes the idea that the character is using the “Force”, the source of his power, and his gift as a Jedi while wielding his majestic blue lightsaber in his right hand. The figure scales a rock-shaped base, with the remains of a technological artifact embedded in its surface. In this way, Iron Studios presents one more figure from a galaxy far, far away, in the form of the statue of the master “Obi-Wan Kenobi BDS Art Scale 1/10 – Star Wars – Iron Studios”. A unique and exclusive version, by Iron Studios, in a scenario imagined and inspired by the elements of the Jedi hero’s trajectory! A new concept by Iron Studios, which started with the statue of the fearsome General Grievous, and which will present this exclusivity along with other future Star Wars releases, by Iron Studios!

Obi-Wan mentored both Anakin Skywalker and his son Luke, training them in the ways of the Force. Born on the planet Stewjon, Kenobi was taken away as the Padawan apprentice of Qui-Gon Jinn. Kenobi became the first Jedi in a millennium to defeat a Sith Lord when he defeated Darth Maul during the Battle of Naboo. During this event, Jinn was seriously injured by Maul and died in Kenobi’s arms. At Jinn’s request, Kenobi took Anakin Skywalker as his Padawan apprentice. Anakin headed for the dark side of the Force, becoming Sith Lord Darth Vader. His beloved wife, Padmé Amidala, without his knowledge, gave birth to twins, Luke and Leia, but she died in childbirth. To hide from Vader the information that his children had survived, Leia became a Princess on the planet Alderaan, and Luke was raised by his uncles in the desert Tatooine, where he came under the protection of Obi-Wan, who later became his master.

In one of the most requested projects by fans, Obi-Wan will soon get his solo series through Disney+ streaming. The character will be played again by Scottish actor Ewan McGregor, who incorporated the character in the second trilogy of films, in episodes 1, 2, and 3 of Star Wars.