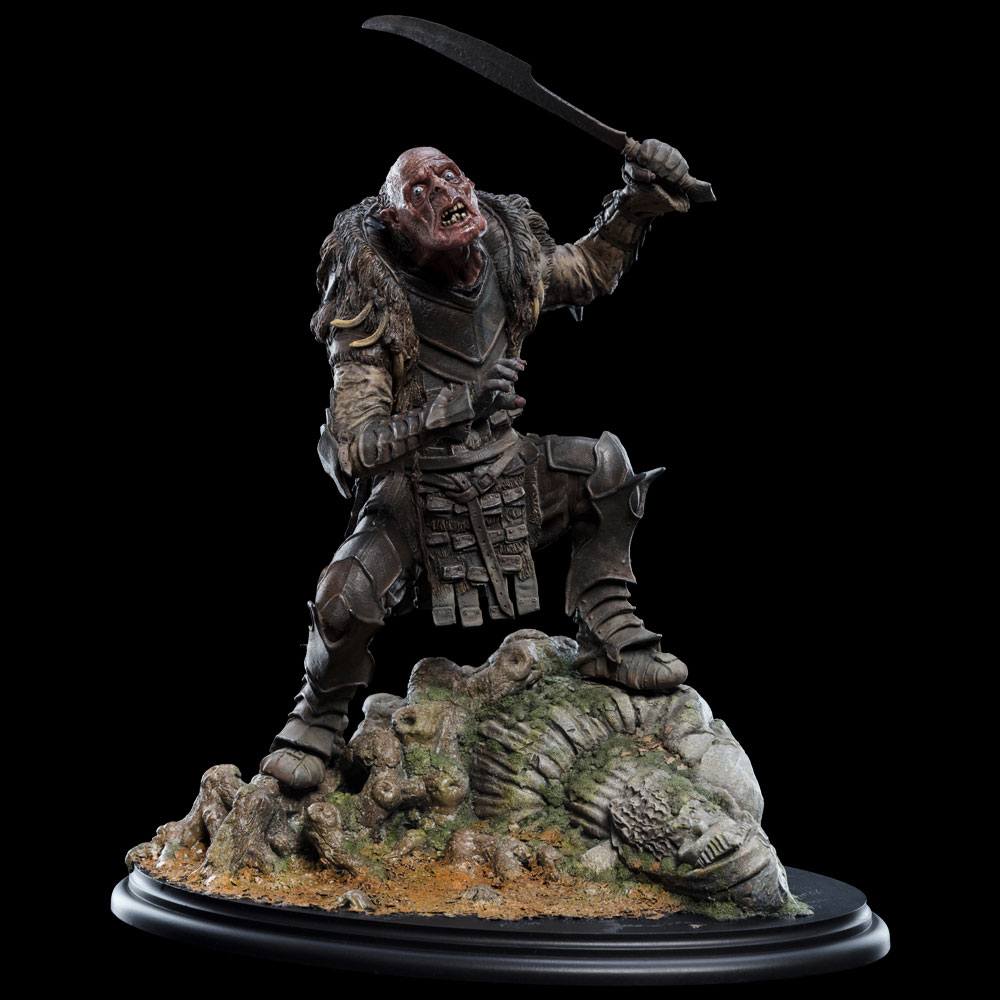 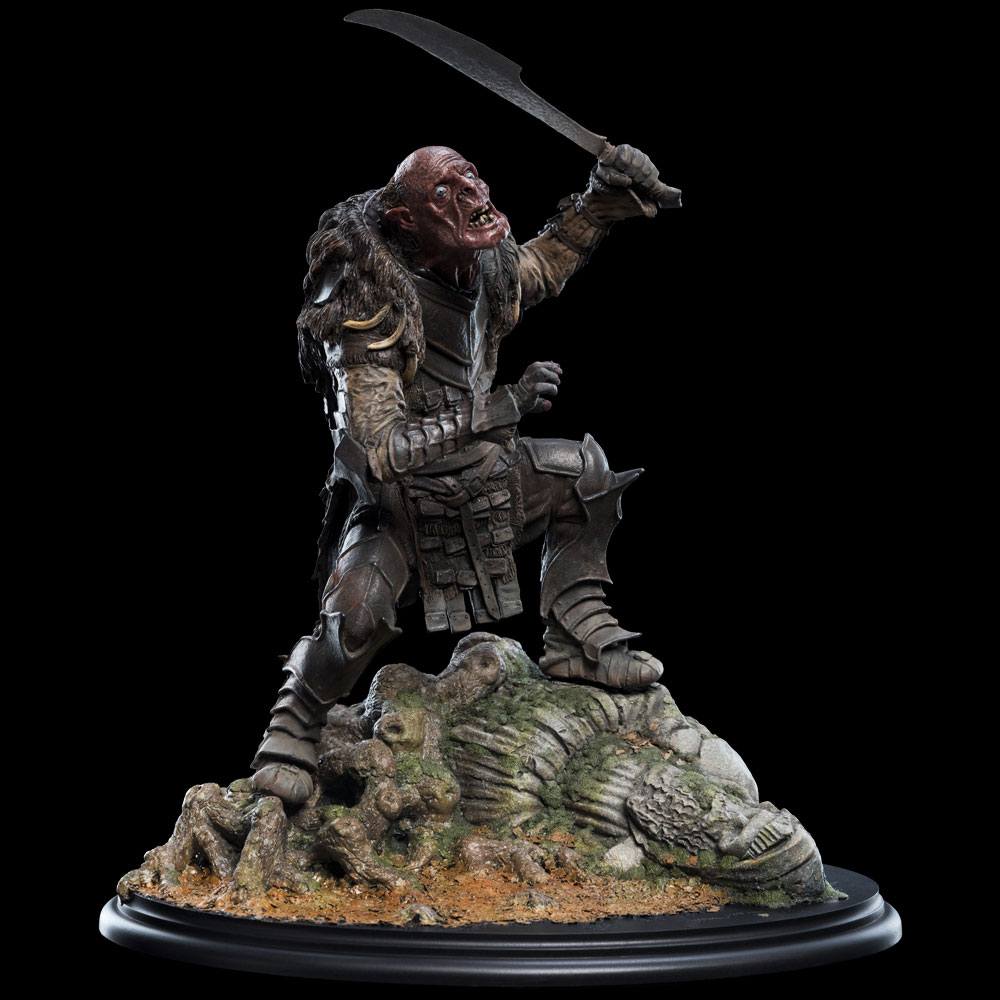 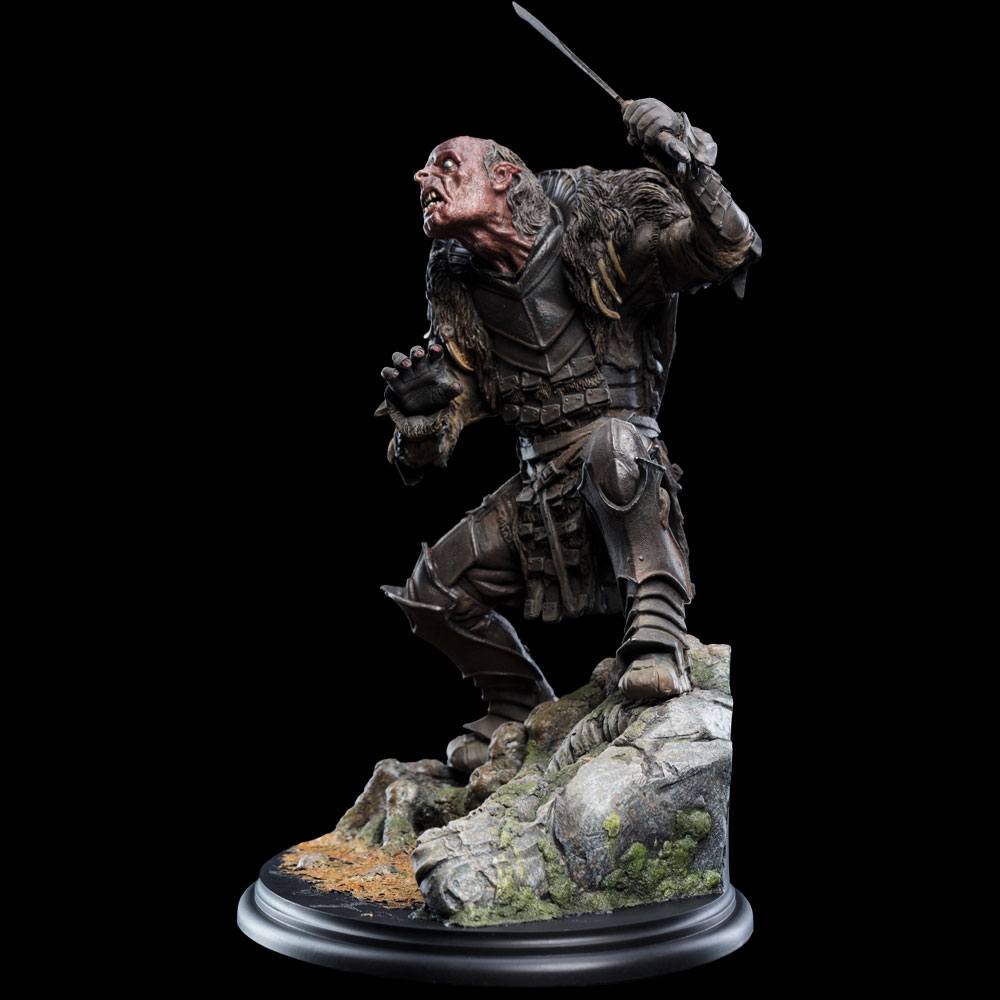 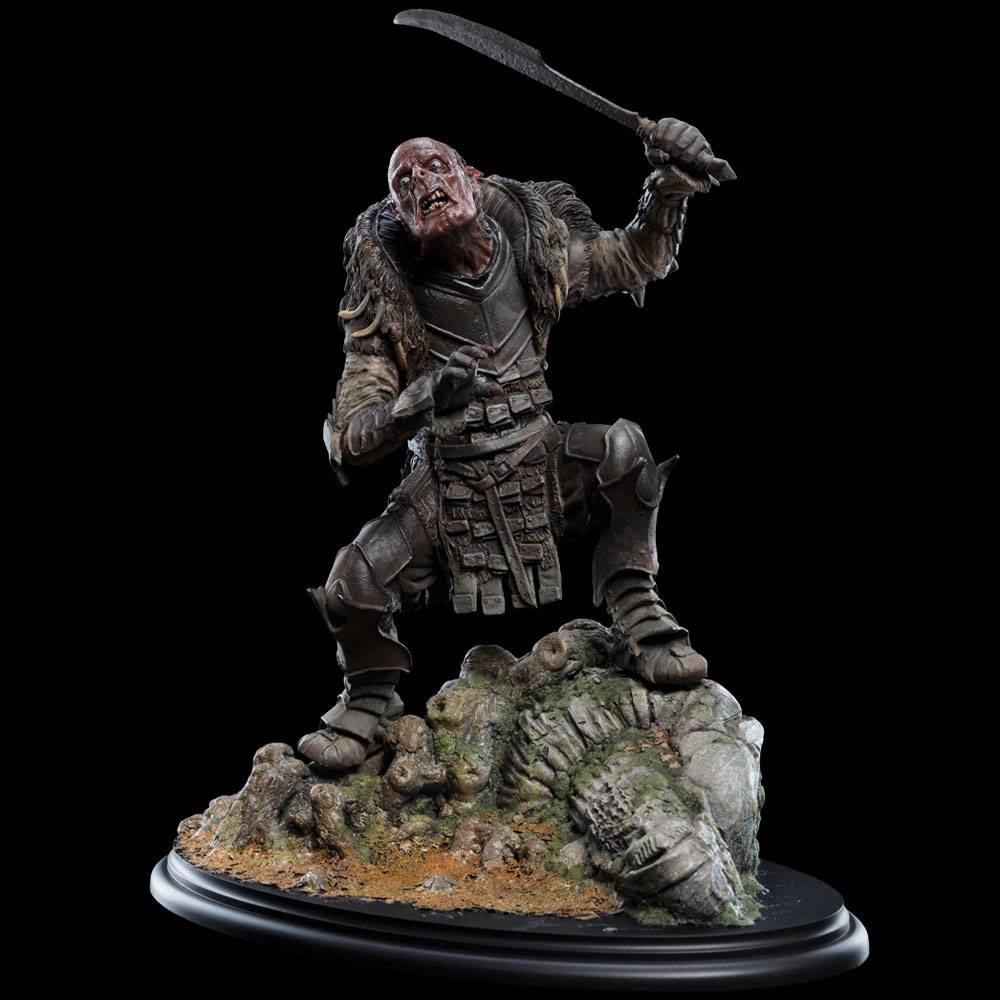 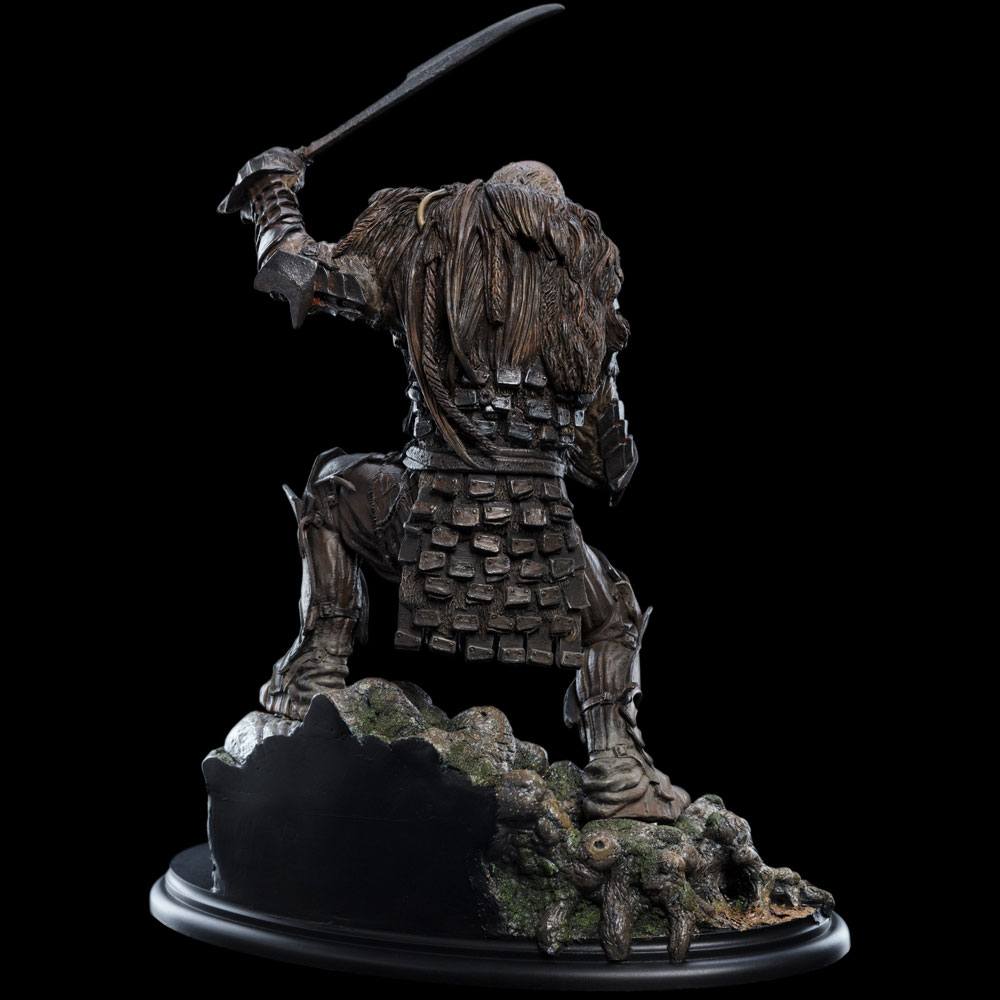 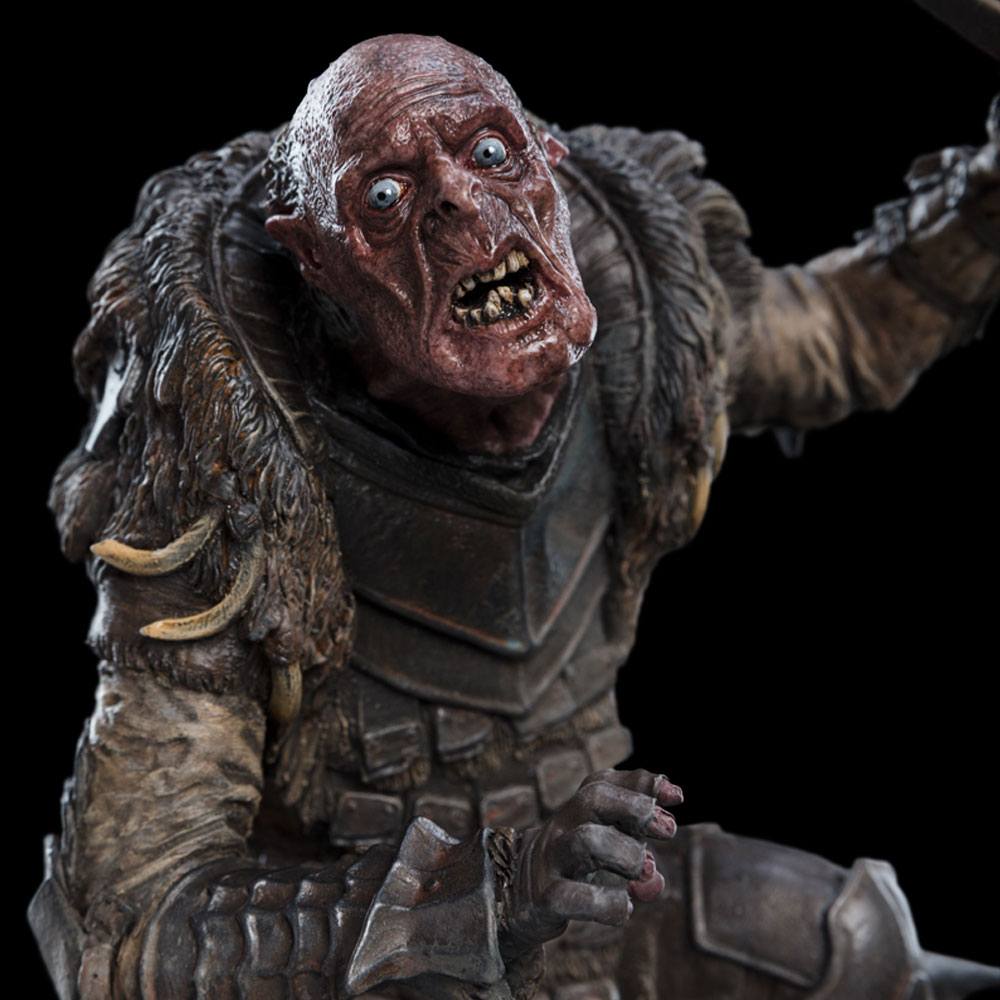 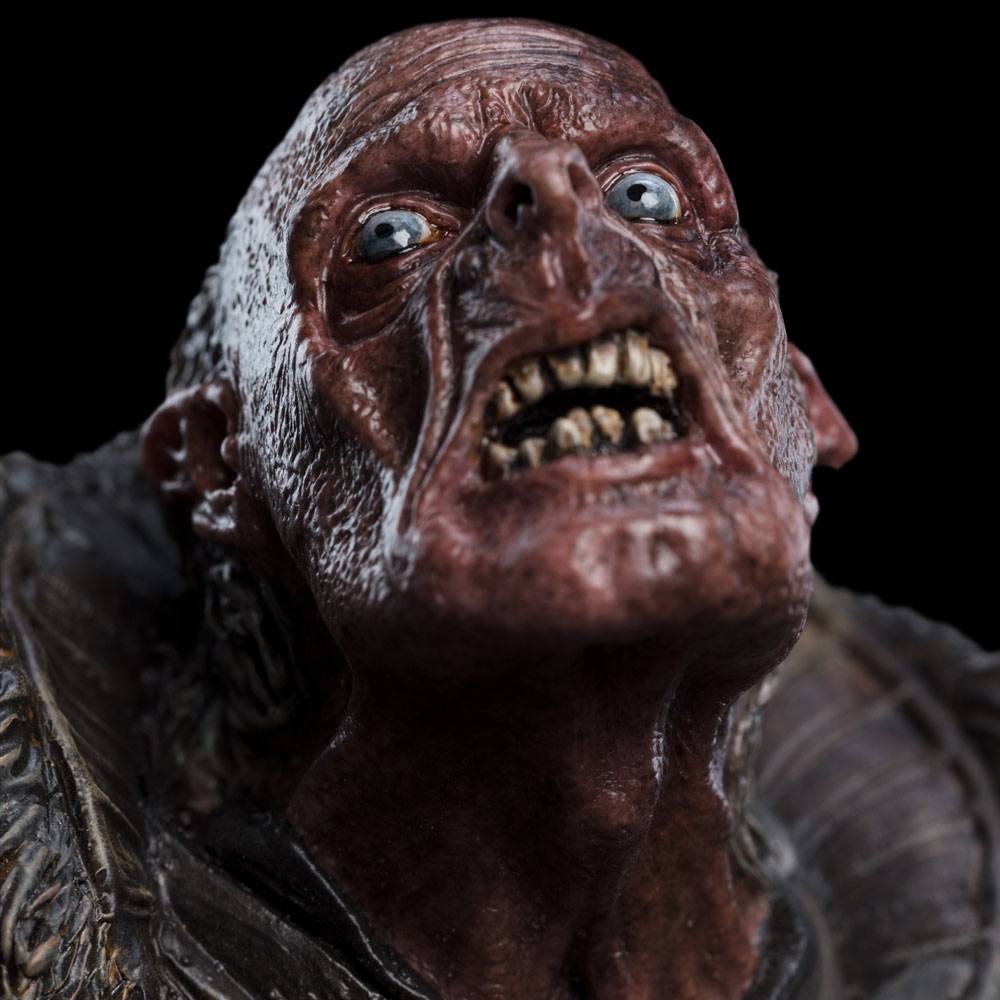 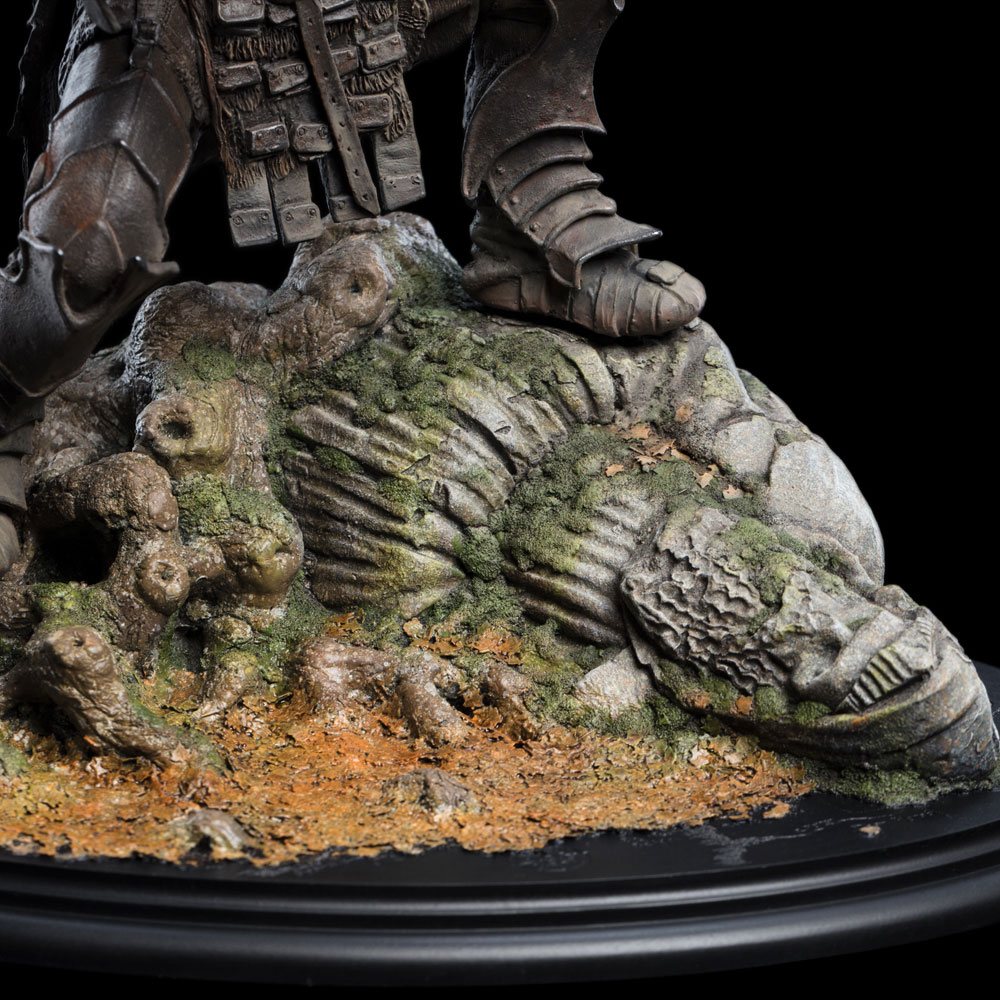 A particularly cruel and conniving Orc, Grishnakh was the leader of a small troop sent to meet up with Uglúk’s Uruk-hai scouts. Suspicious and greedy, Grishnakh was curious about the Wizard Saruman‘s plans for the captive Hobbits Merry and Pippin.

Though his followers were concerned with little other than their grumbling stomachs, the seed of some greater purpose had taken hold in Grishnakh‘s mind. When the troop was attacked upon the eaves of Fangorn Forest by Rohirrim horsemen, the scheming Orc sought to use the cover of battle to sneak away with Uglúk’s charges.

Even impaled by a spear, Grishnakh’s ambitions were undaunted. Bent-backed and bow-legged, with black blood seeping from his gruesome wound, he pursued the Hobbits into the twisted woodland intent on murdering them and taking whatever prize they carried for himself.

Grishnakh is brought to you by master sculptor Jamie Beswarick, an accomplished artist who is one of Weta Workshop’s longest-serving crew members, being part of the original Lord of the Rings crew. Grishnakh stands complete in 1:6 scale: weapon raised above his captives, moments before he met his death.

This statue is available in a Limited Edition of just 500.