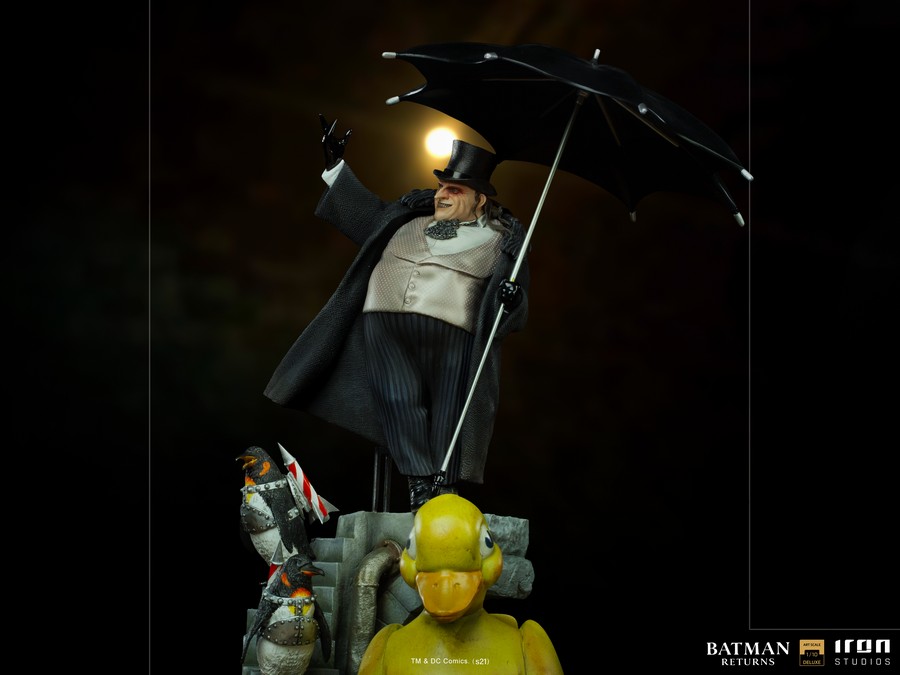 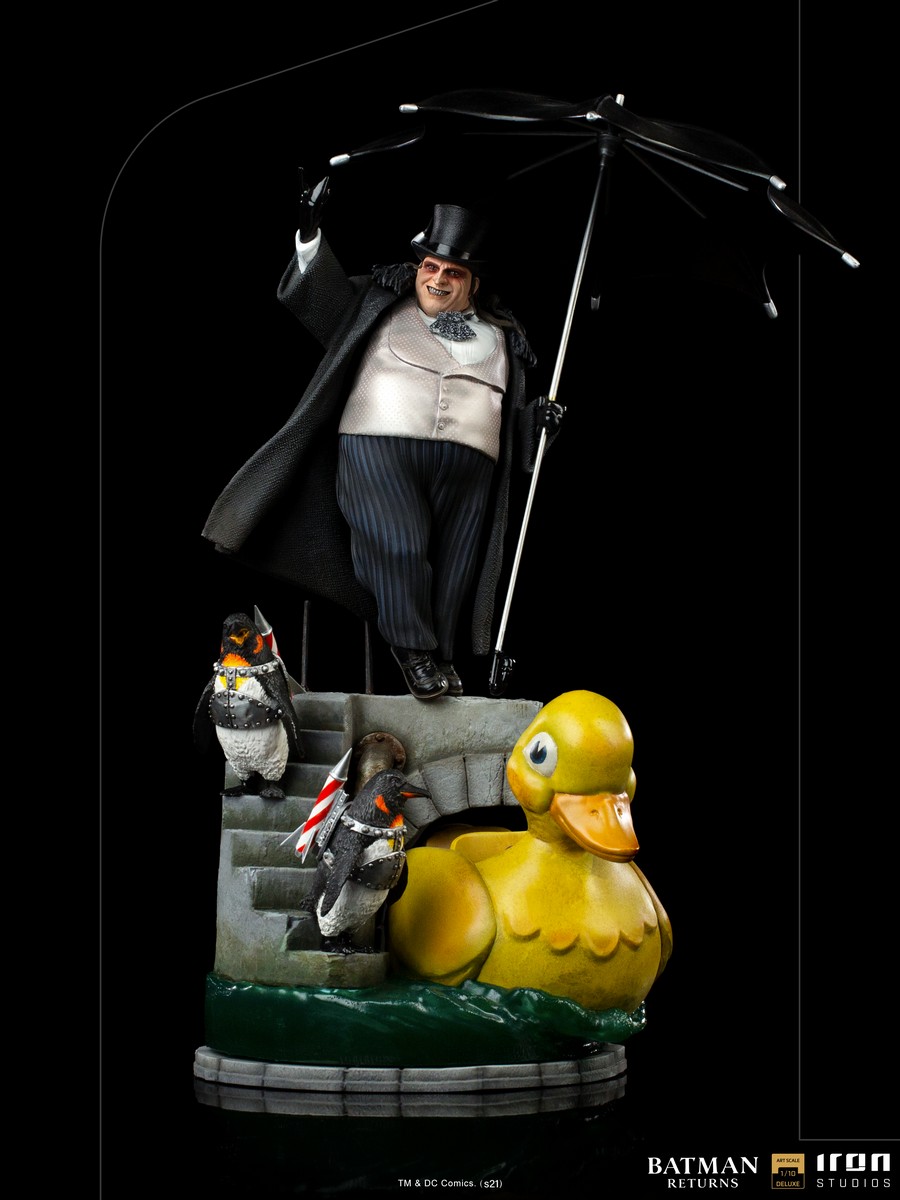 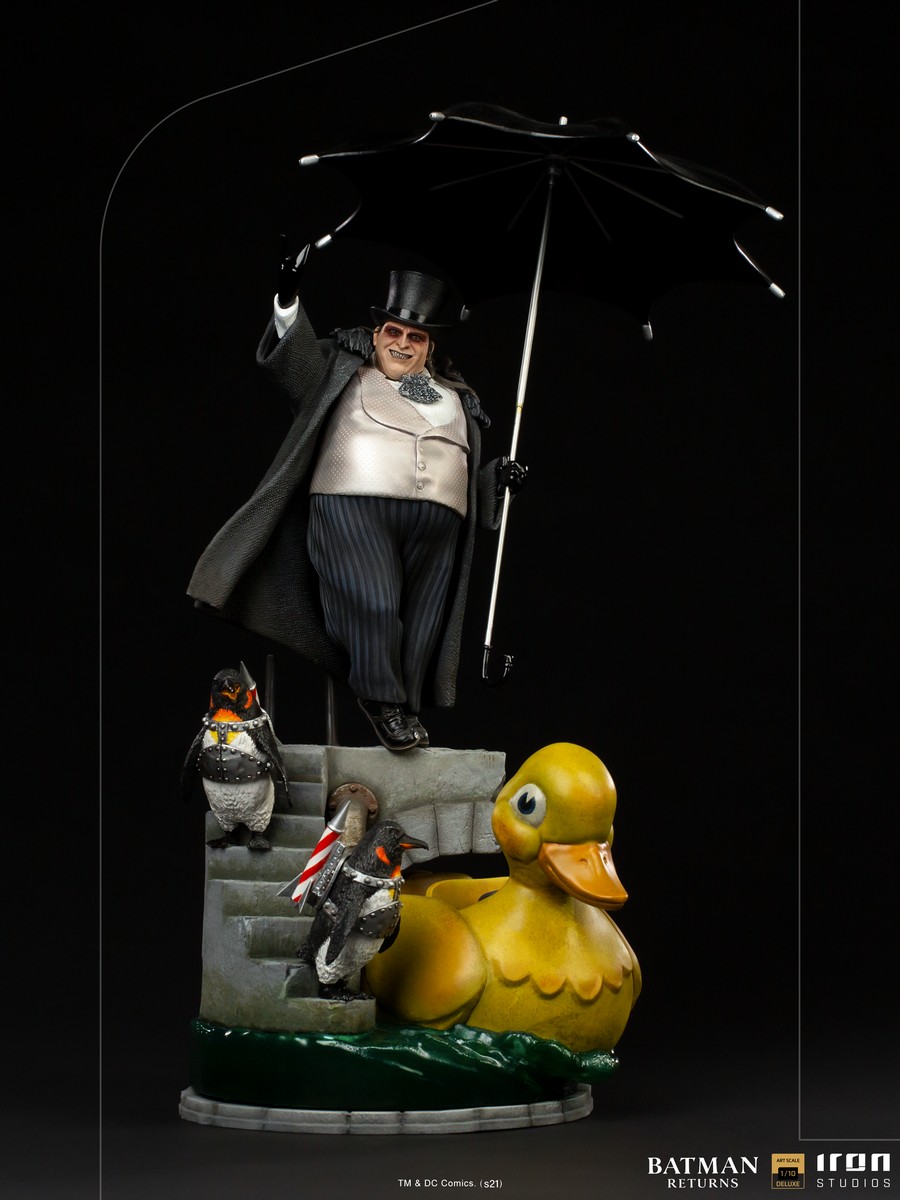 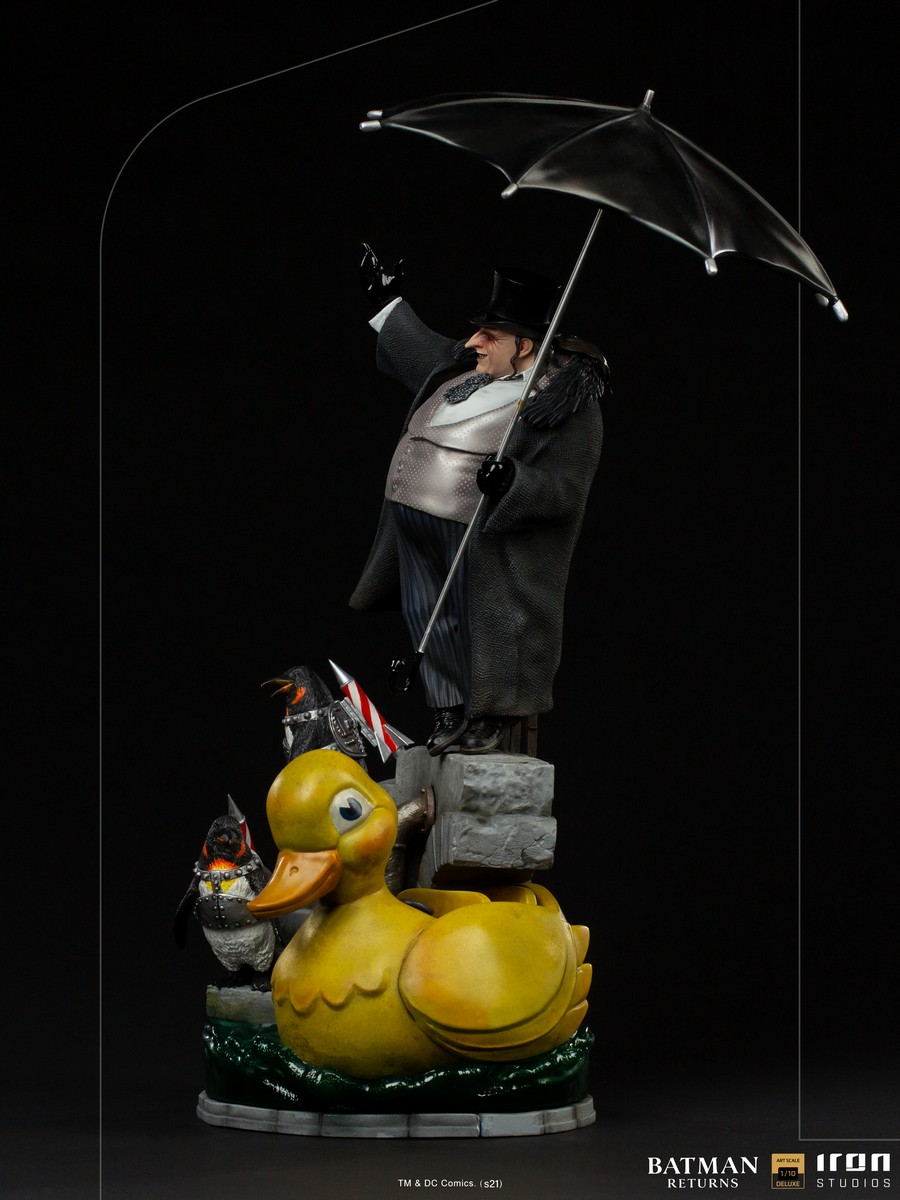 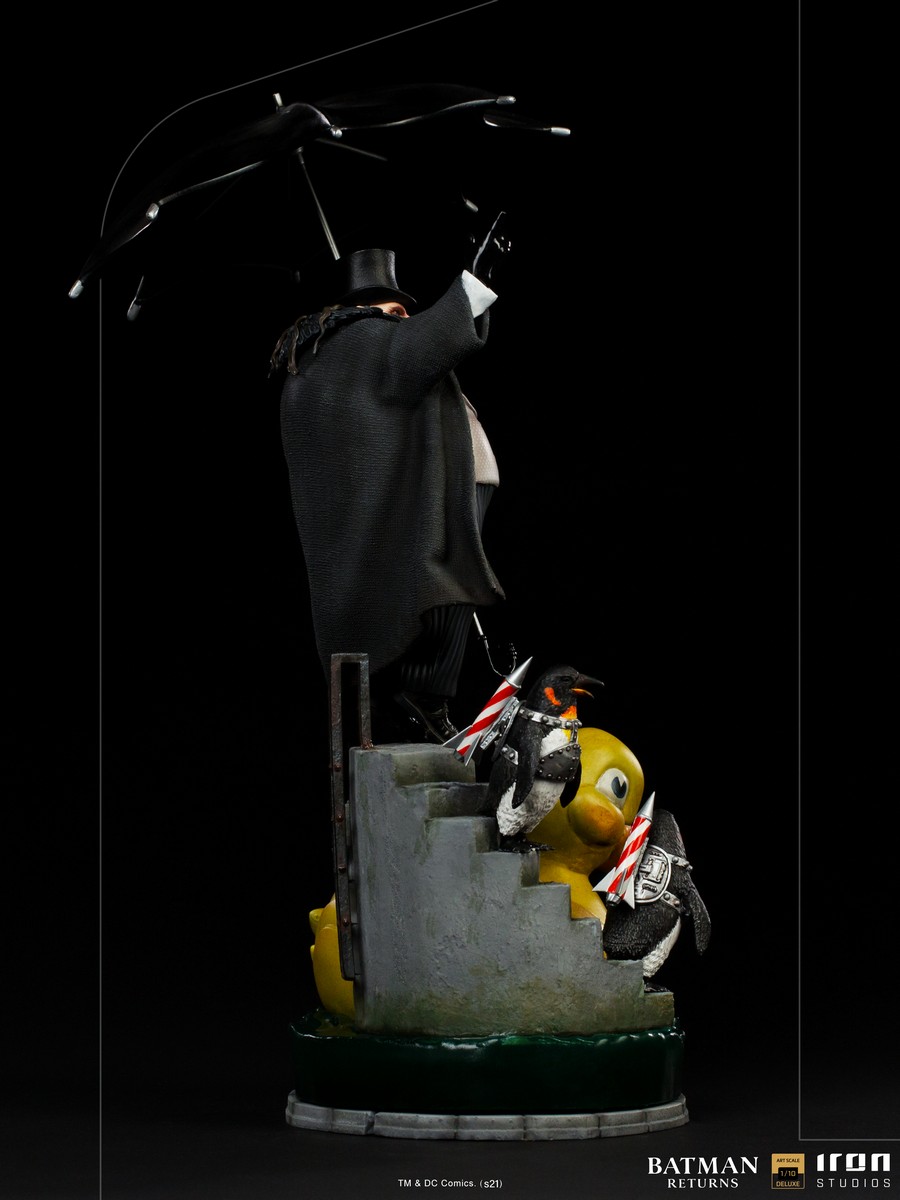 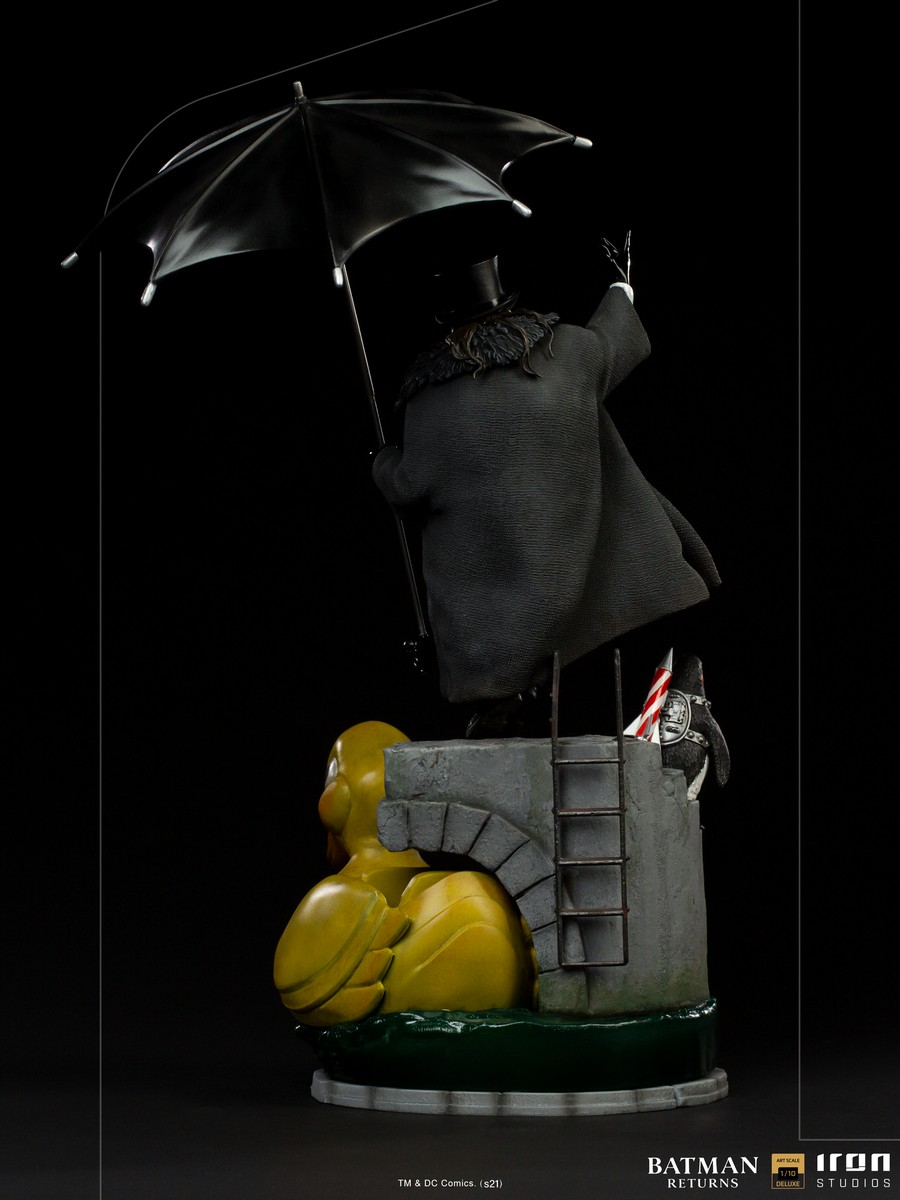 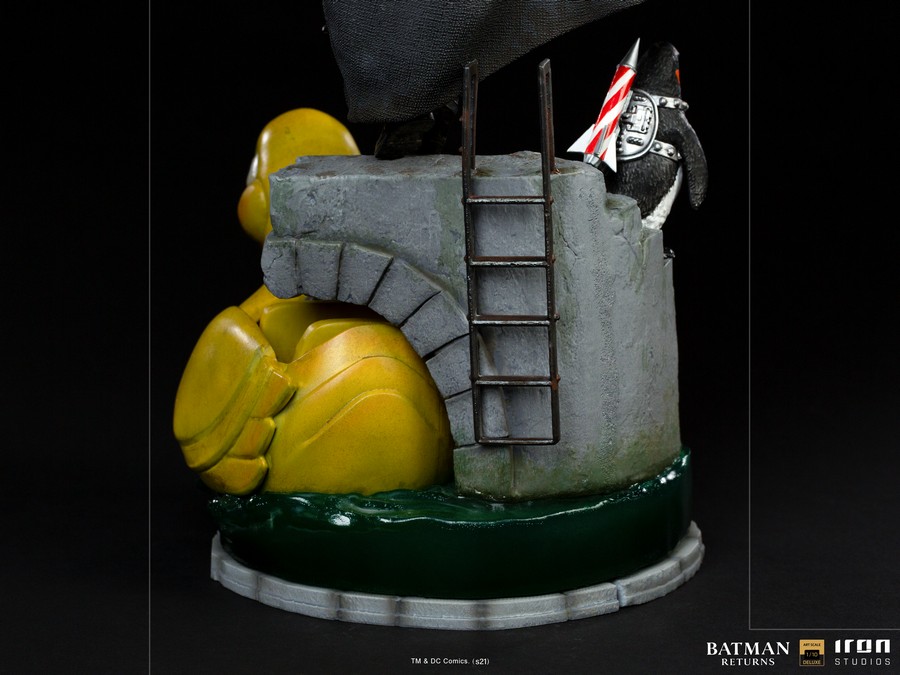 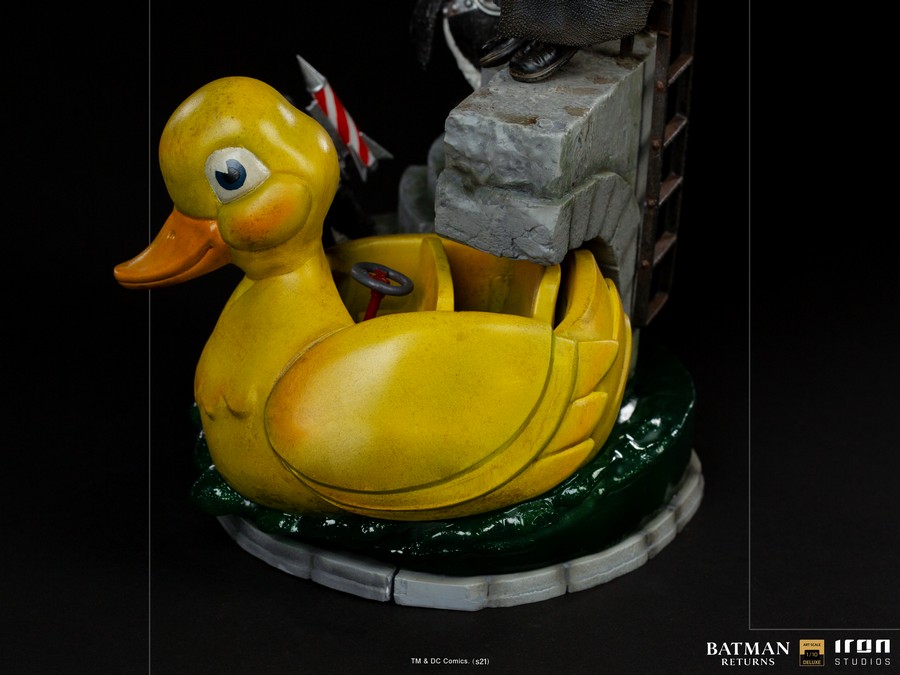 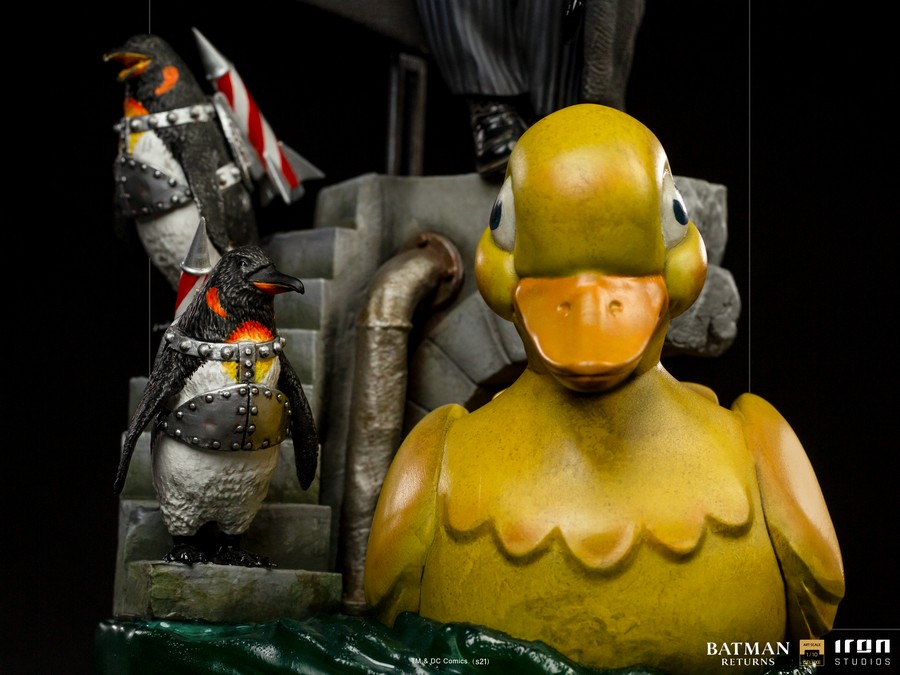 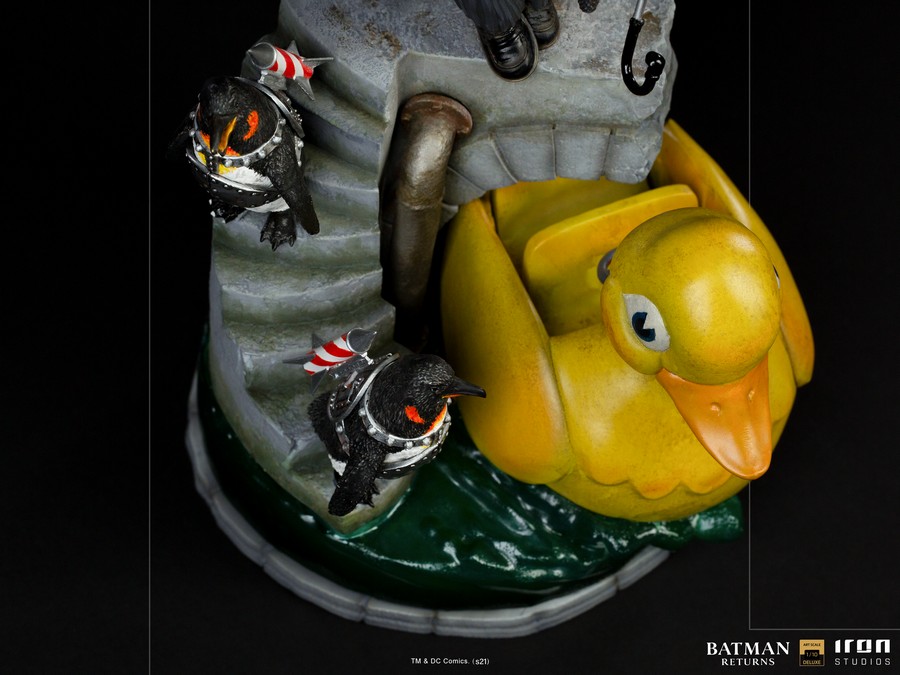 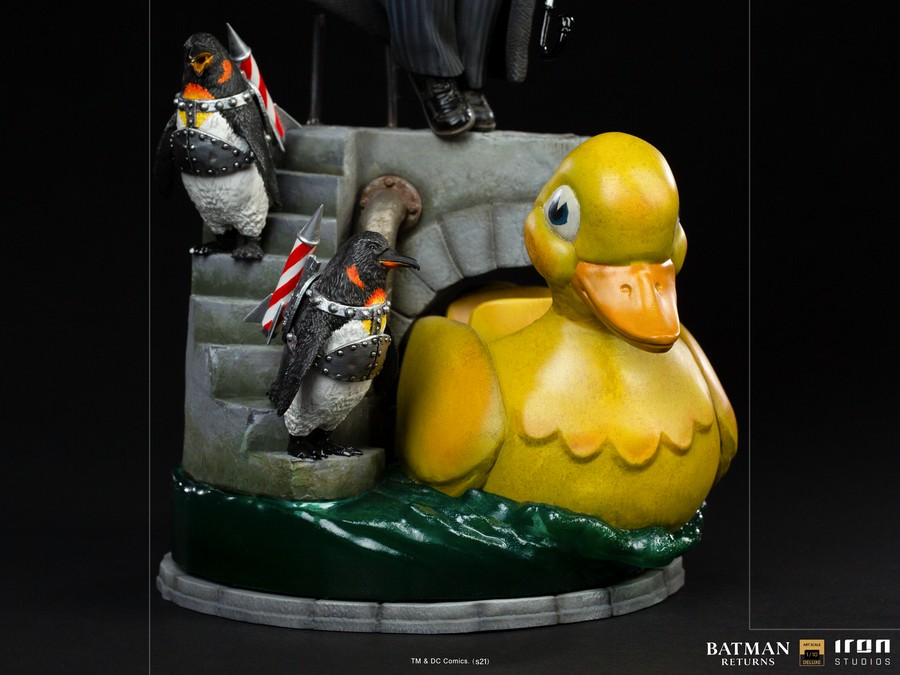 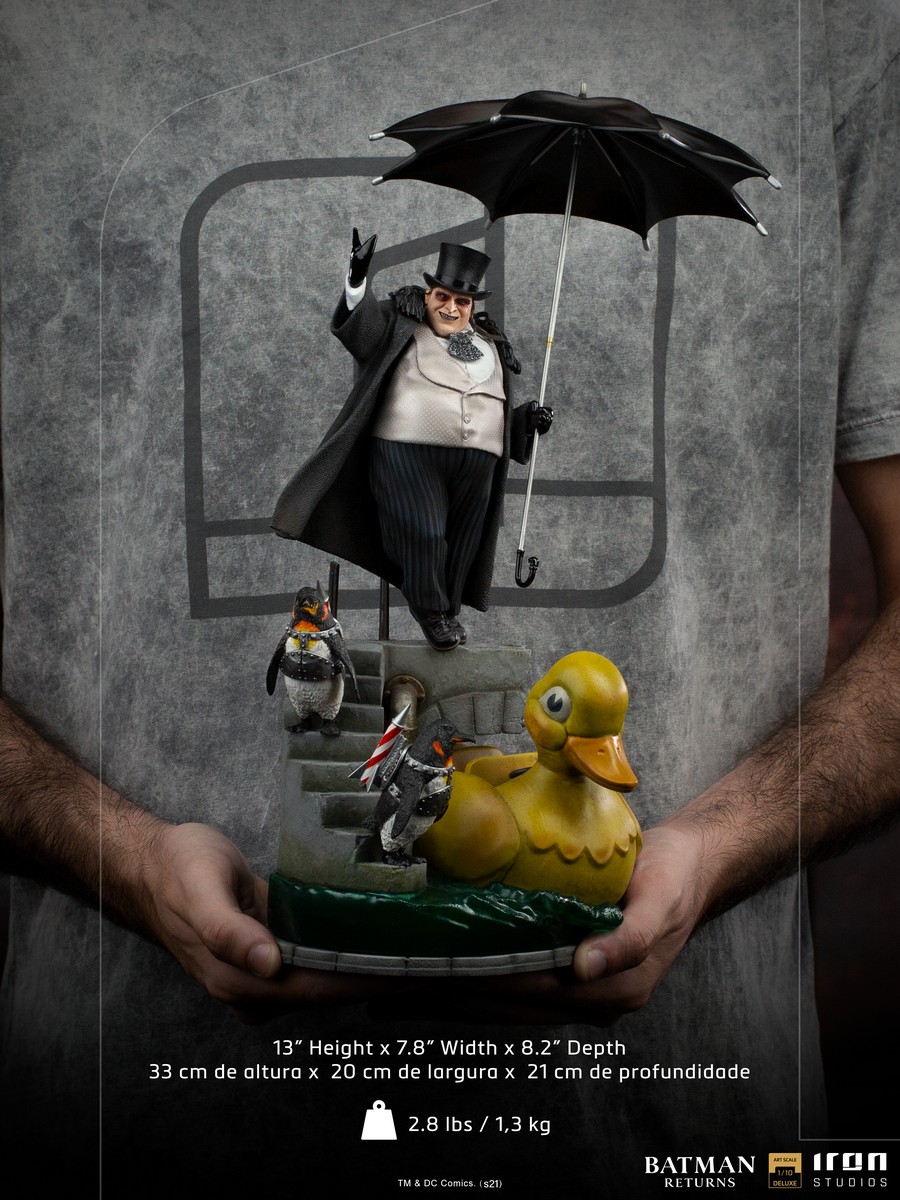 From the movie ´Batman Returns´ comes this 1/10th scale statue!

With a sadistic smile, the villain lands with one of his special umbrellas, which contains a device that makes him spin like a propeller and makes him a type of flying artifact.

Dressed in his formal attire, with a top hat and an overcoat in shades of black and gray, in this way Iron Studios presents his figure, represented in the ‘Penguin Deluxe Art Scale 1:10 – Batman Returns – Iron Studios’ at the top of a diorama base, with the staircase in front of him, which takes him to his lair, where two of his pet penguins precede him, adorned with armor on his chests and carrying guided explosives, and just below his feet is his peculiar vehicle , floating duck, coming out of Gotham‘s icy underground river galleries.

The villain is introduced to pair with the ‘Catwoman – Batman Returns – Art Scale 1:10′ statue of the feline villain announced by Iron Studios (also available for Pre Order), in the line derived from this classic movie by Tim Burton.

Features:
– Limited Edition
– Based on original movie references
– Made in Polystone
– Hand Painted