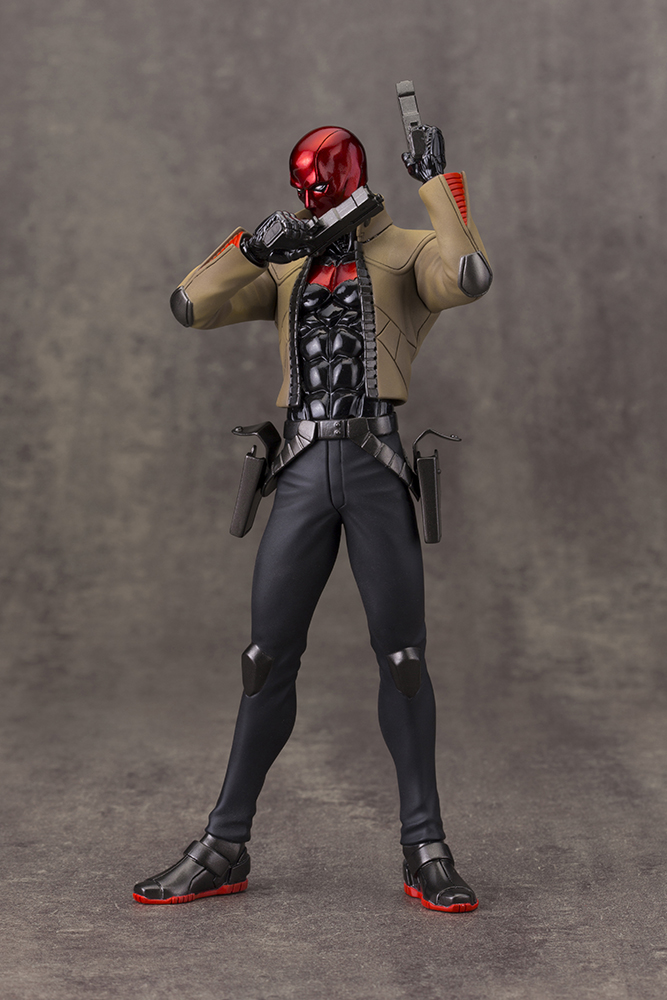 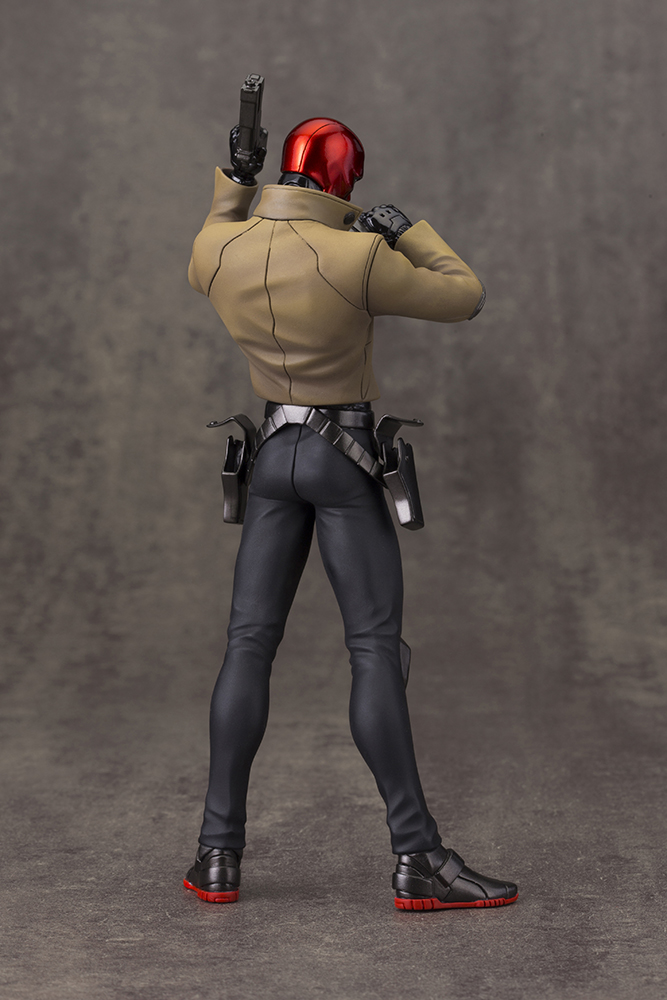 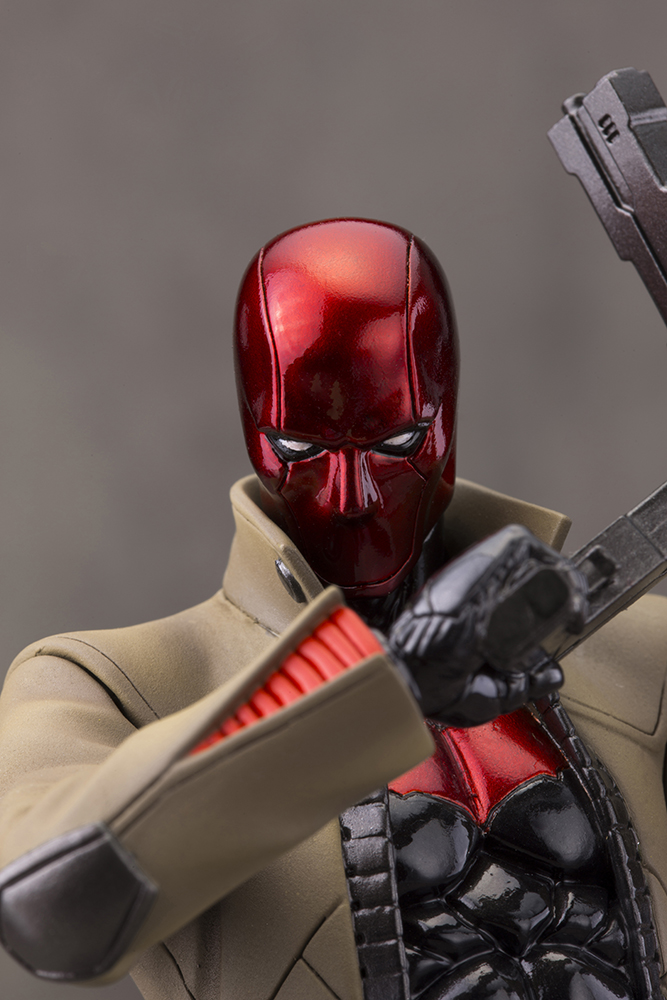 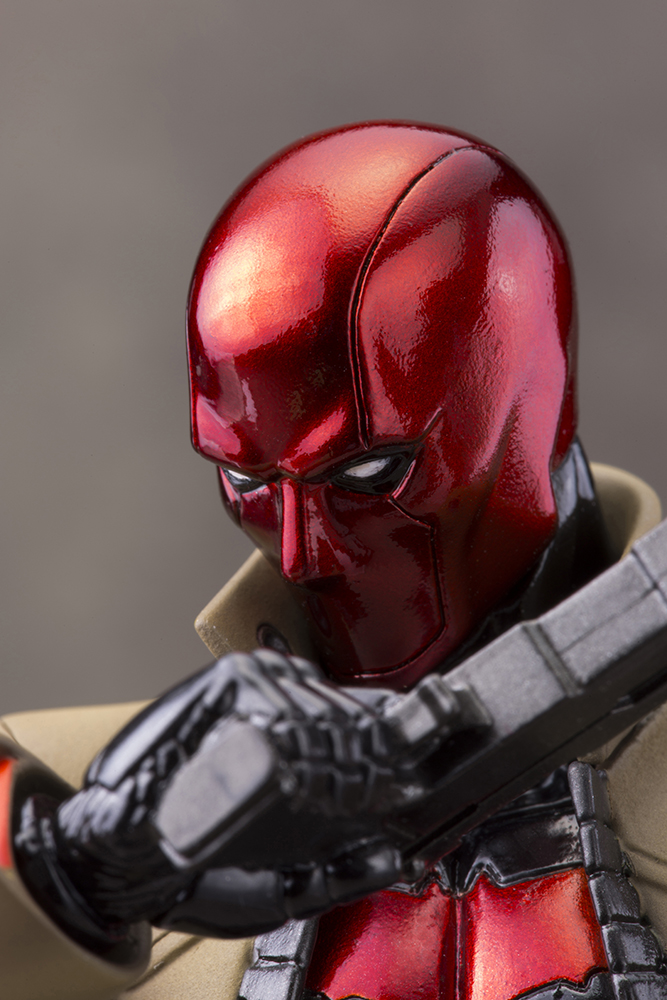 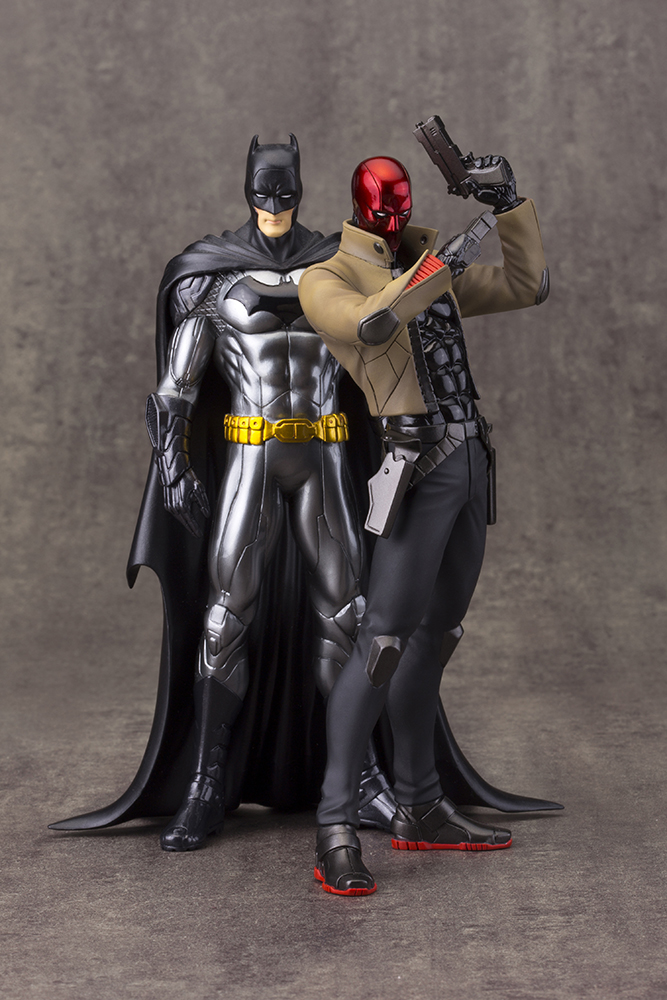 Kotobukiya’s ARTFX+ lineup of characters in the Batman Family appearing in DC Comics continues with the Red Hood ARTFX+ Statue. Kotobukiya’s master craftsmanship brings Red Hood straight off the page and into a 1/10 scale statue with all the fine details present. Red Hood stands tall in his black pants, brown jacket, and red & black body armor, holding his weapons at the ready. Based on DC Comics New 52 design. Jason Todd is a vigilante anti-hero who, though he has made some questionable decisions in the past, is a member of theBatman Family. Jason became the second Robin after Dick Grayson became Nightwing and Batman was in need of a new sidekick. Jason was trained and eventually became the second Robin, until his untimely death at the hands of the Joker. Though already dead, he was resurrected by use of the Lazarus Pit, also making him slightly mentally unstable. He eventually returned to Gotham City, under the new alias Red Hood using more brutal methods such as killing criminals. DC Comics (founded in 1934 as National Allied Publications) is one of the largest and most successful companies operating in the market for American comic books and related media. It is the publishing division of DC Entertainment Inc., a subsidiary company of Warner Bros. Entertainment, which itself is owned by Time Warner. DC Comics produces material featuring a large number of well-known characters, including Superman, Batman, Wonder Woman, Aquaman, Green Lantern, the Flash, Martian Manhunter, Green Arrow, Hawkman, and such superhero teams as the Justice League and the Teen Titans, and such antagonists as Lex Luthor, The Joker, Two Face, the Penguin, General Zod, the Riddler, Bizarro, Sinestro, Catwoman, and Darkseid.