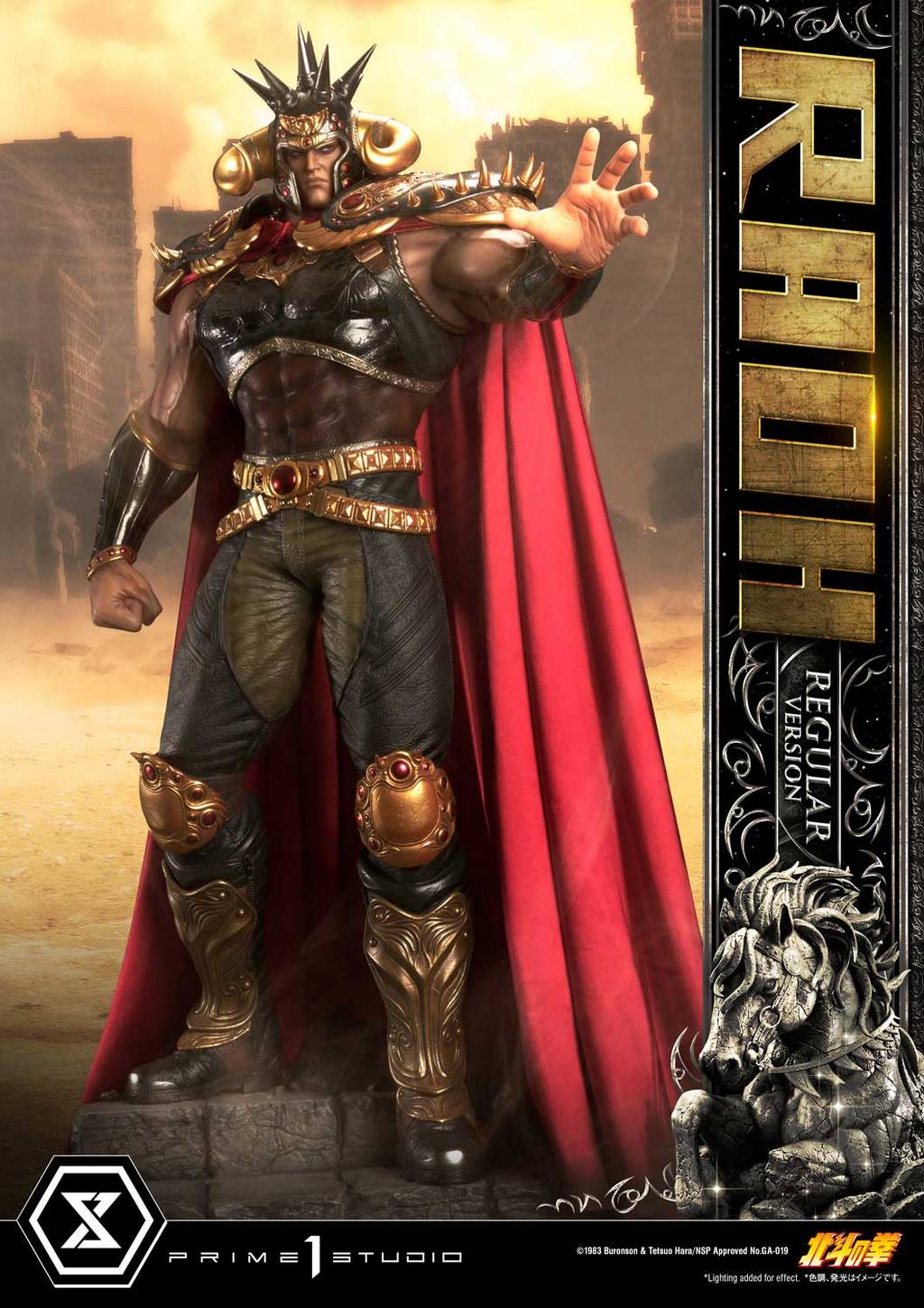 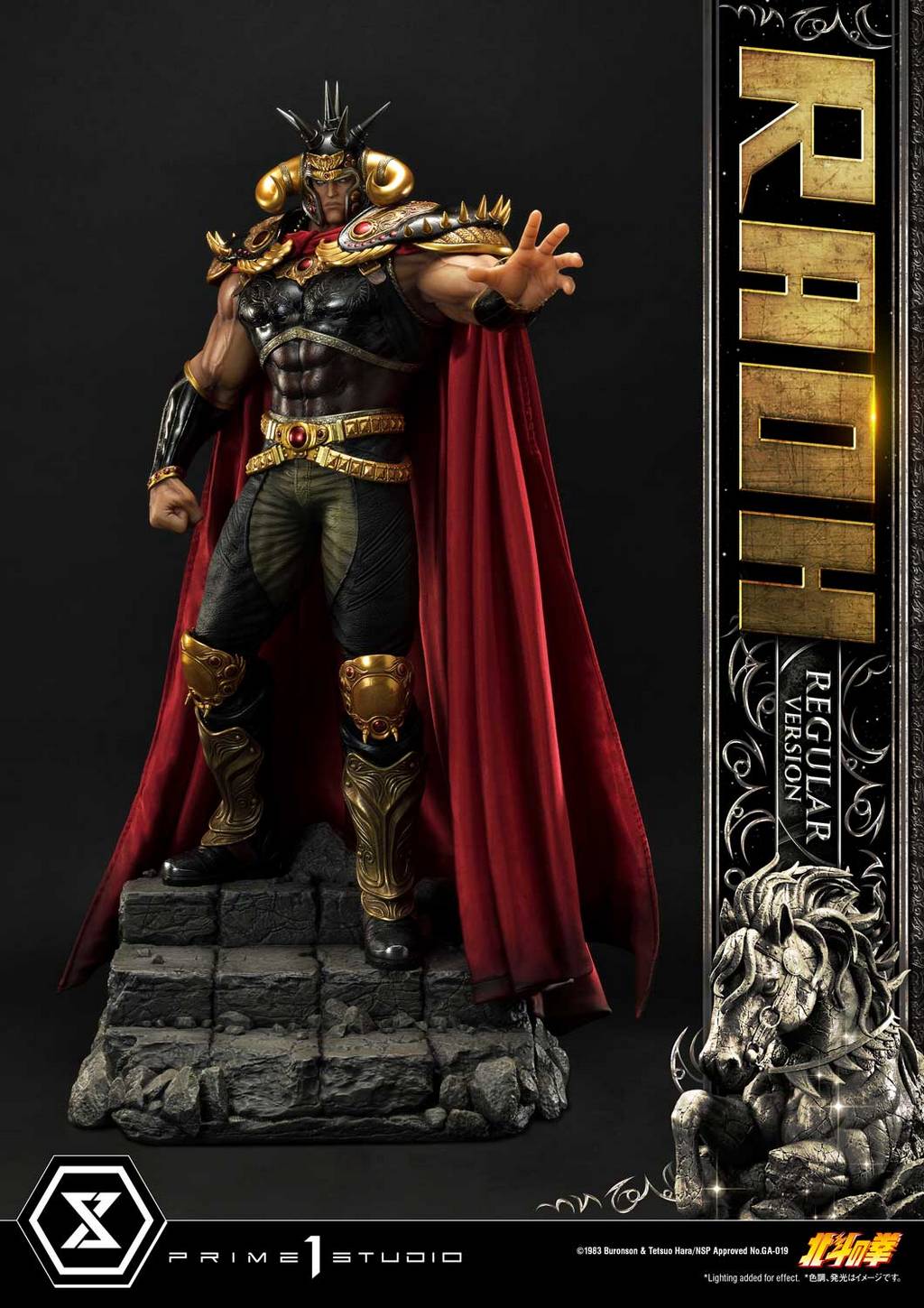 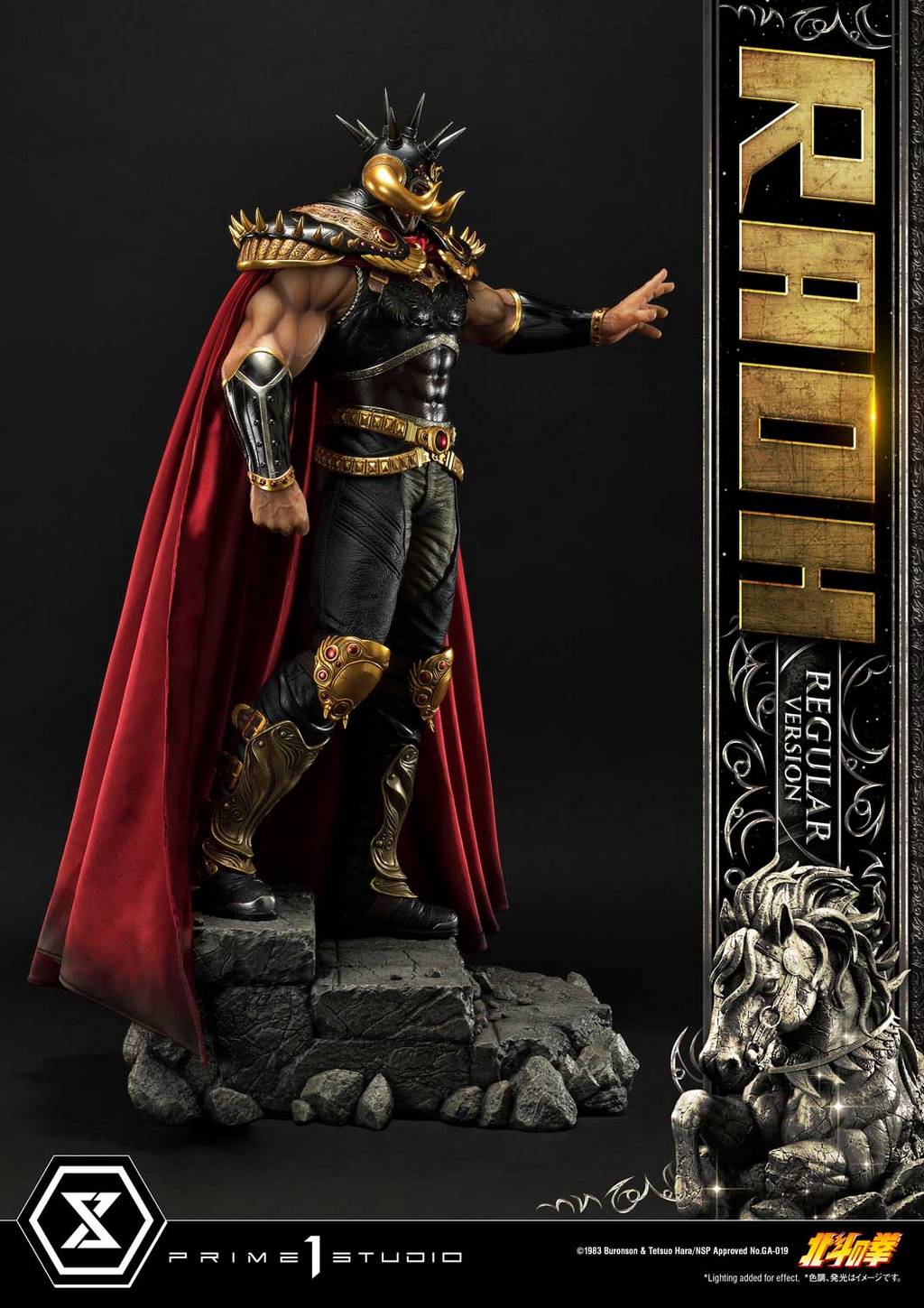 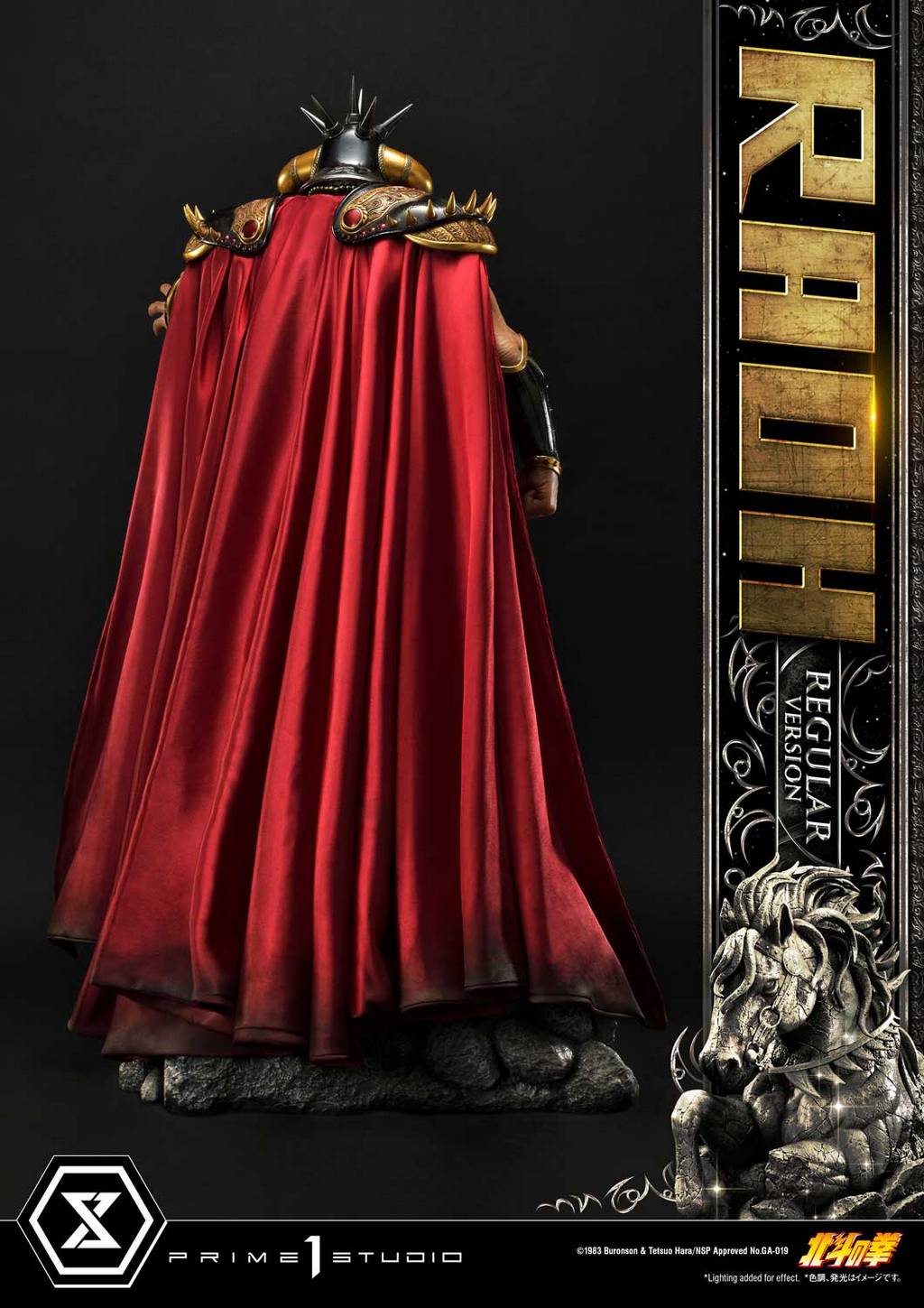 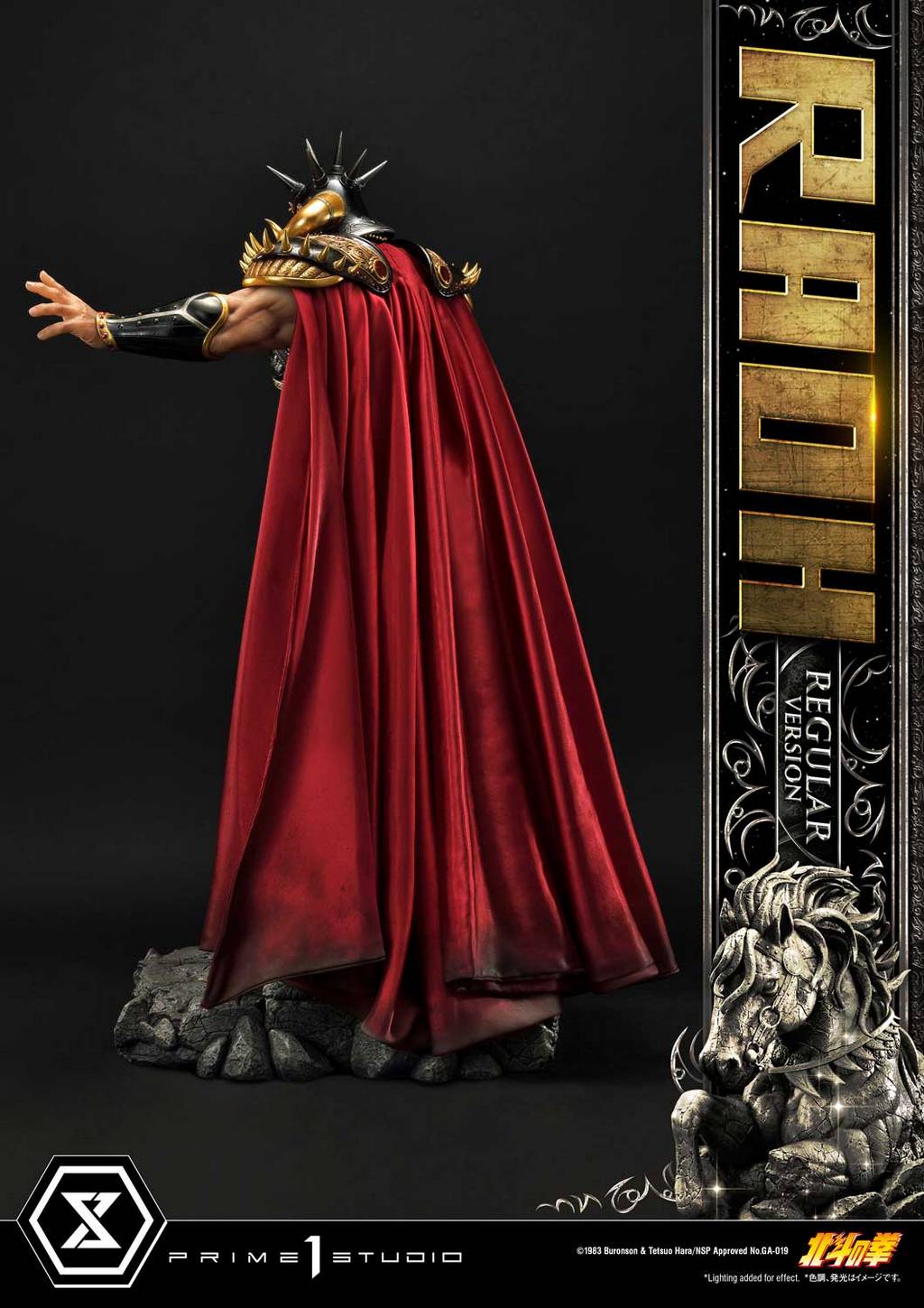 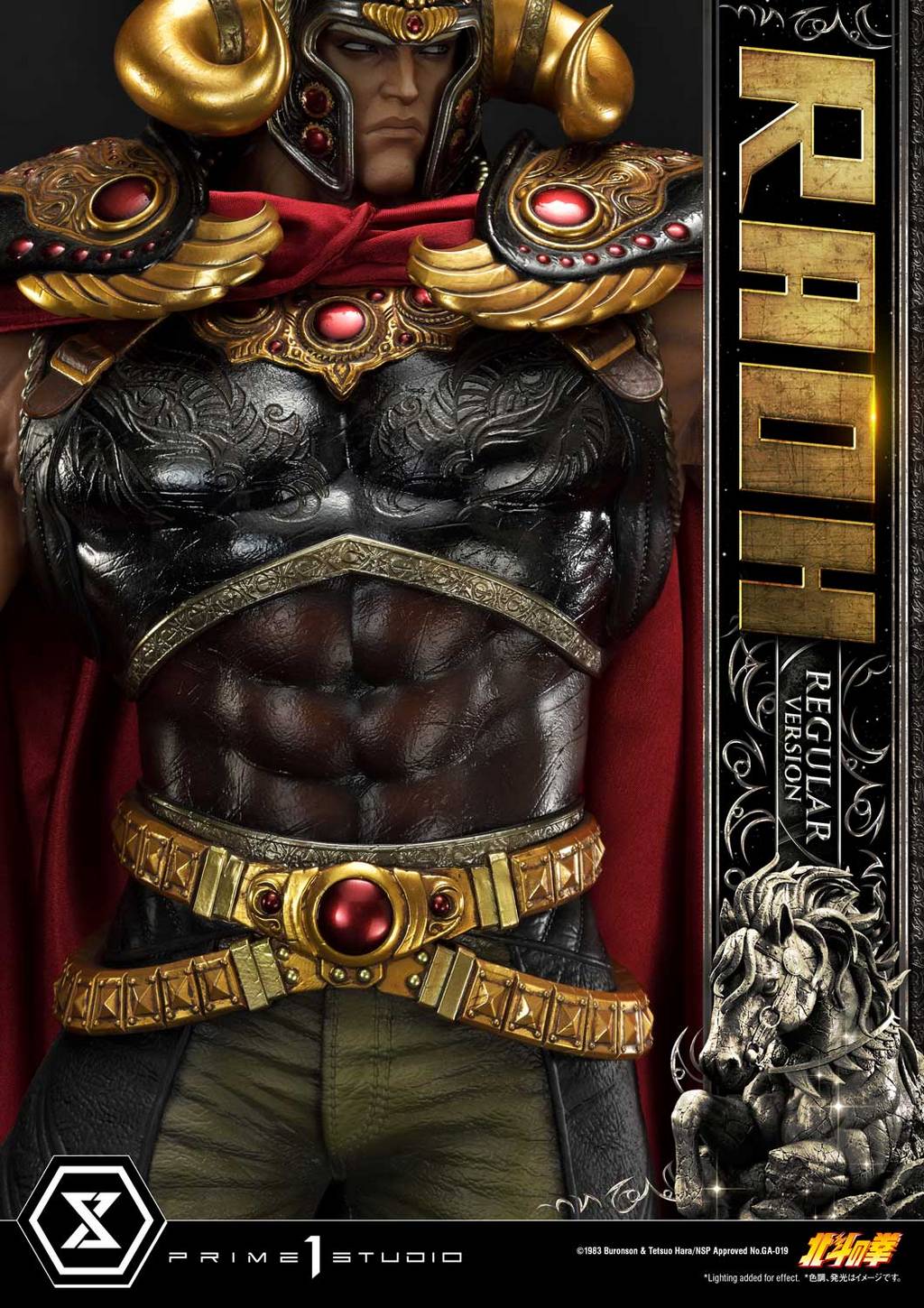 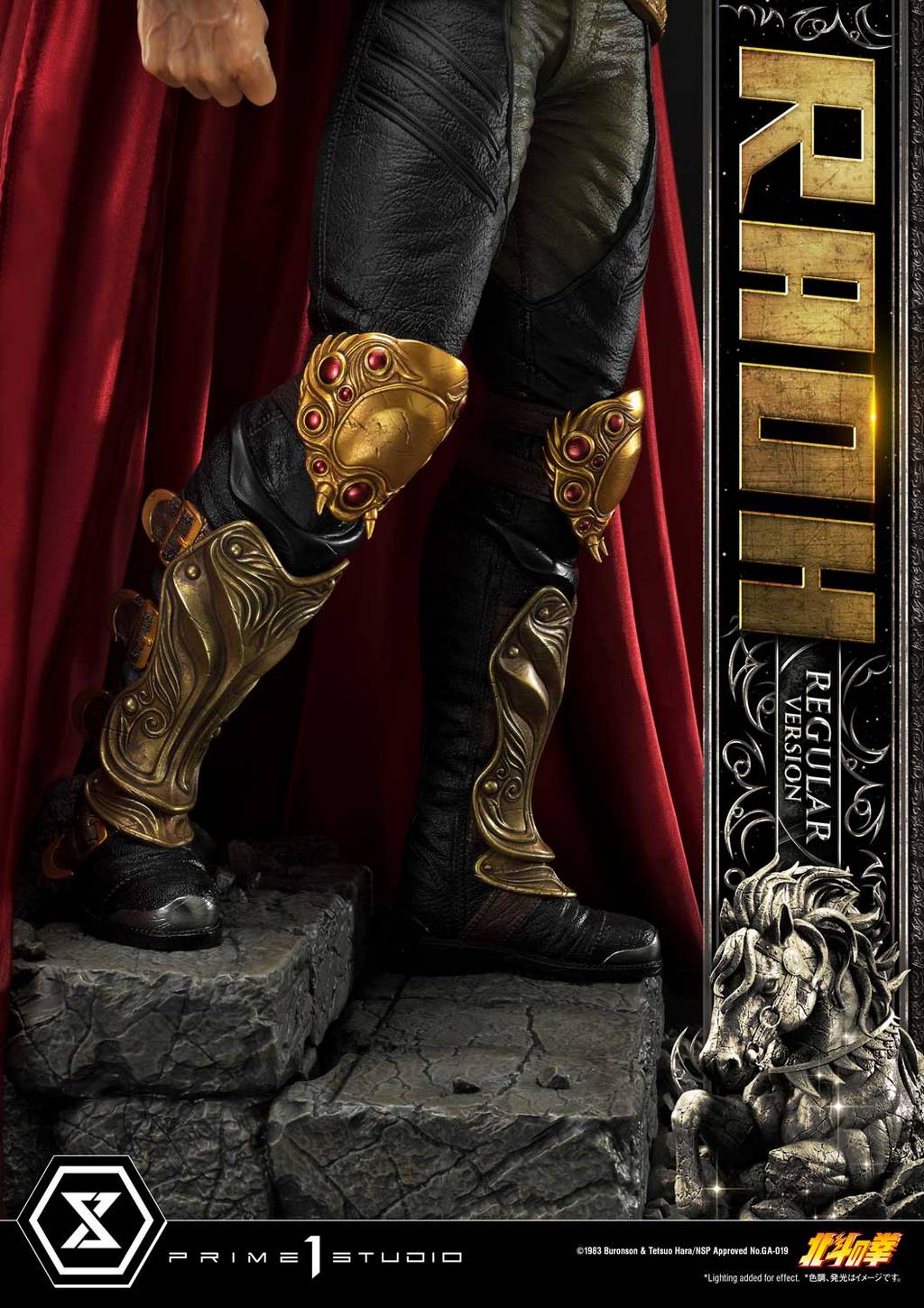 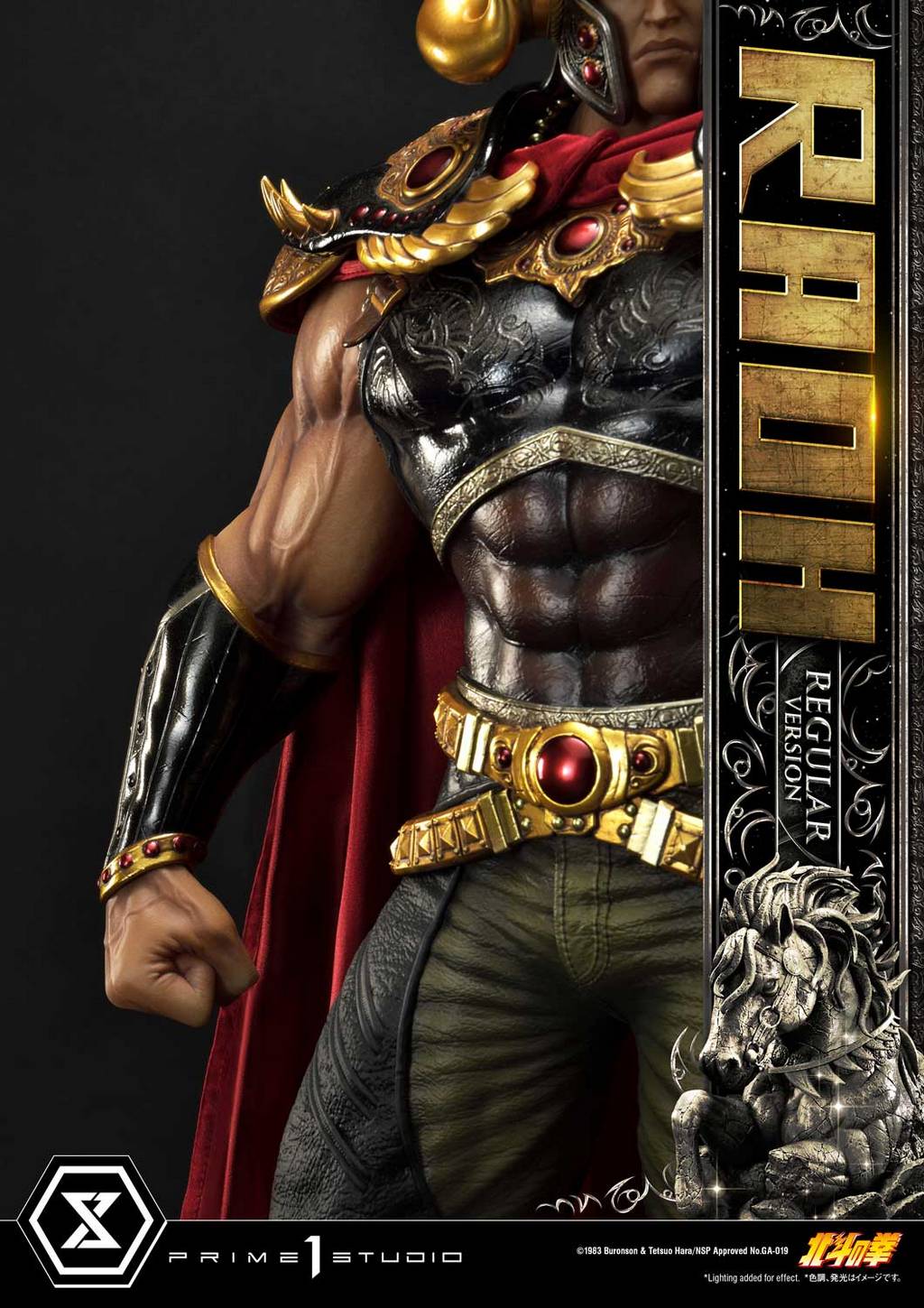 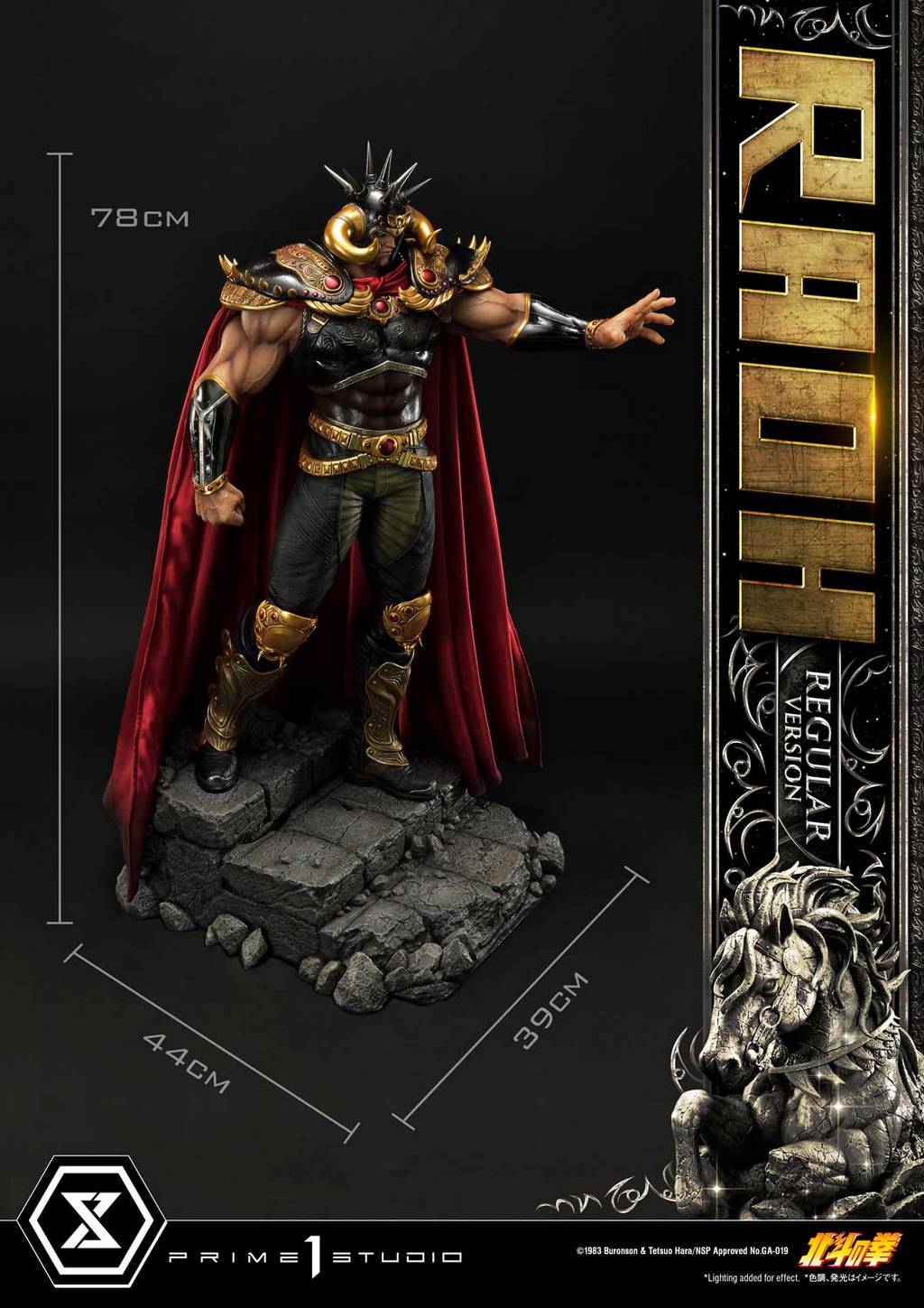 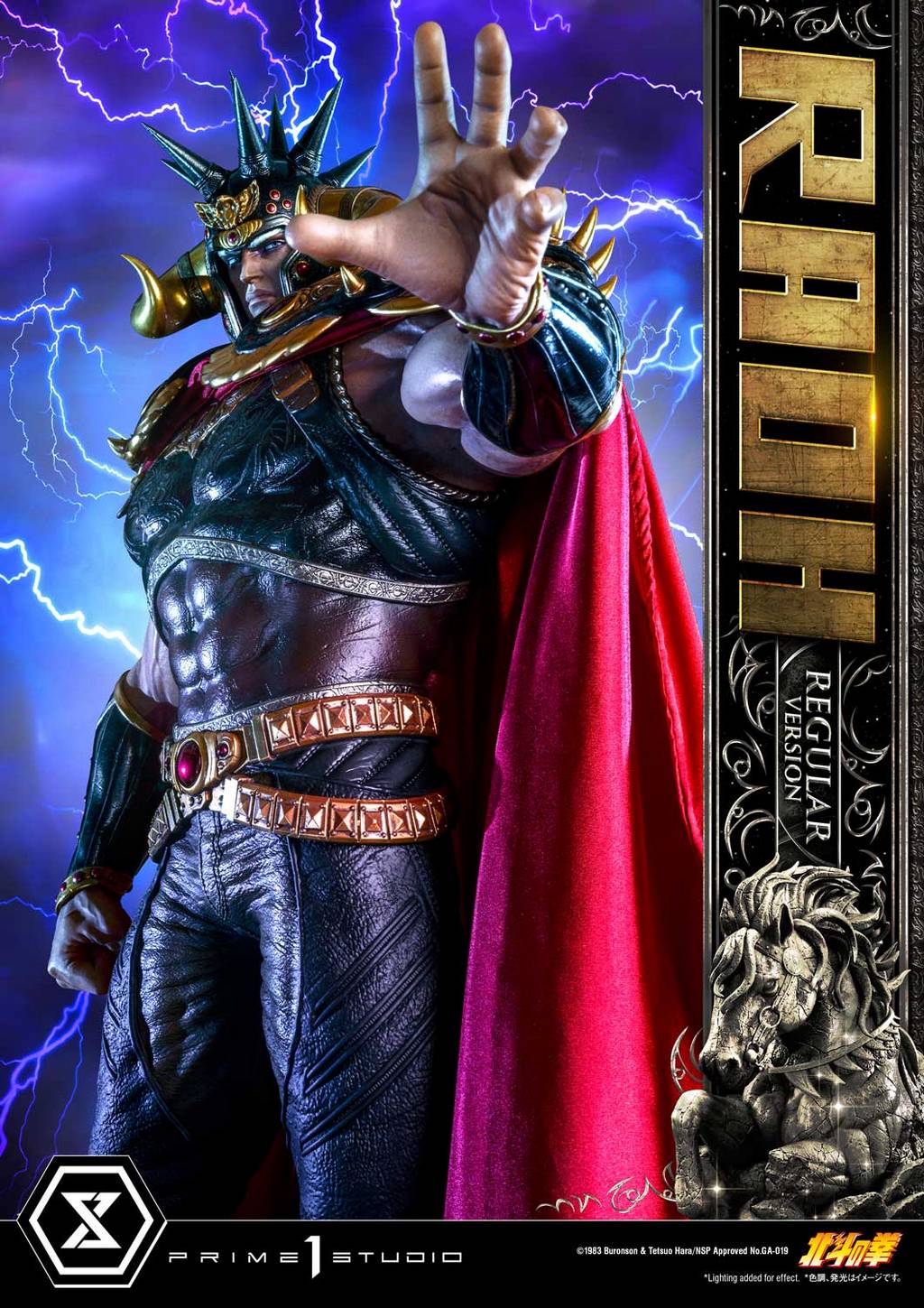 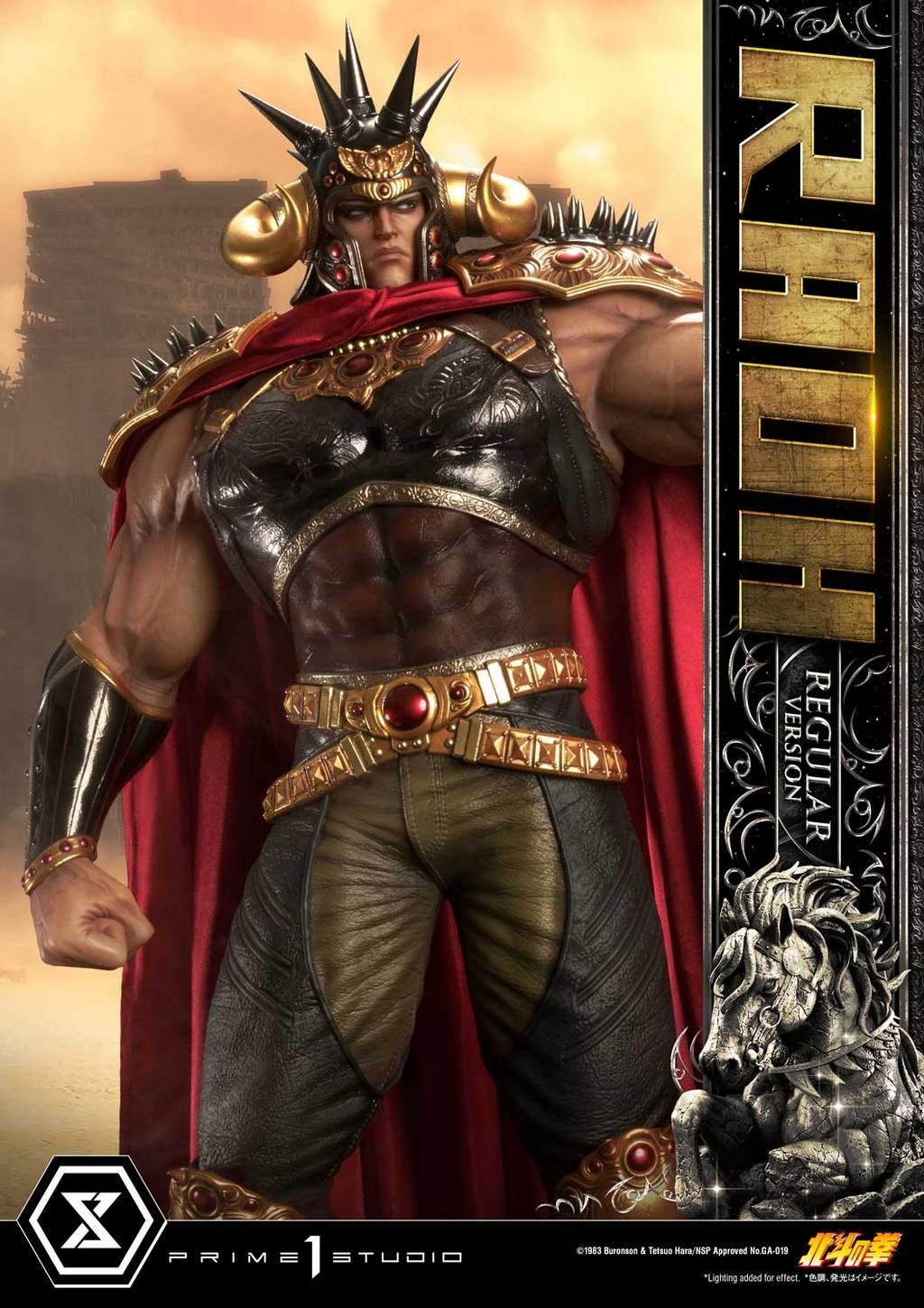 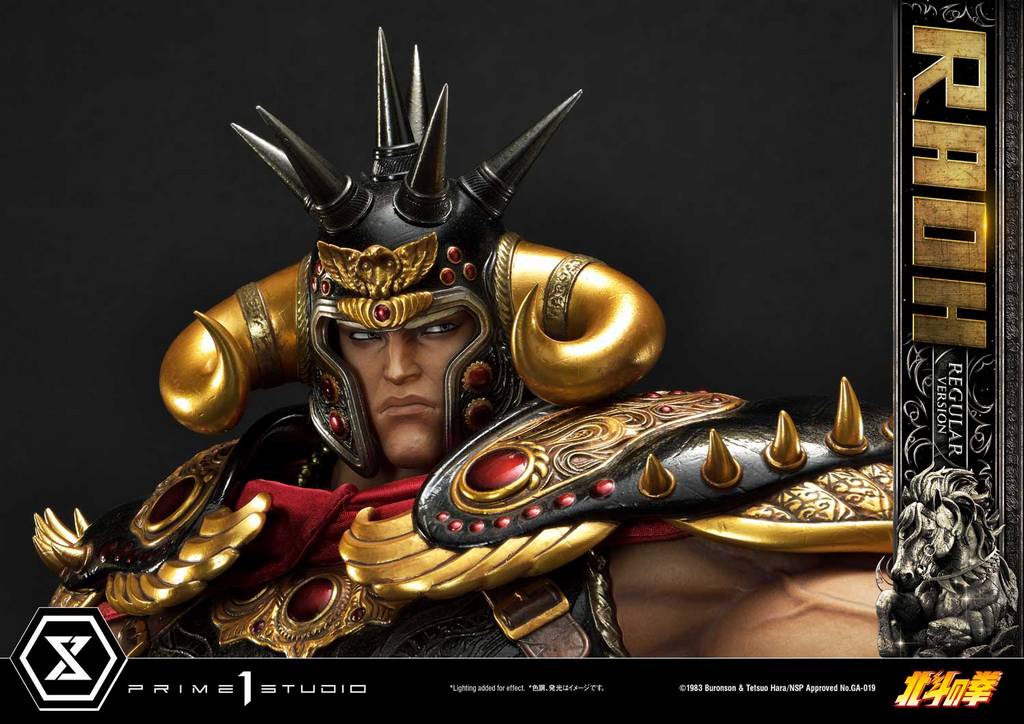 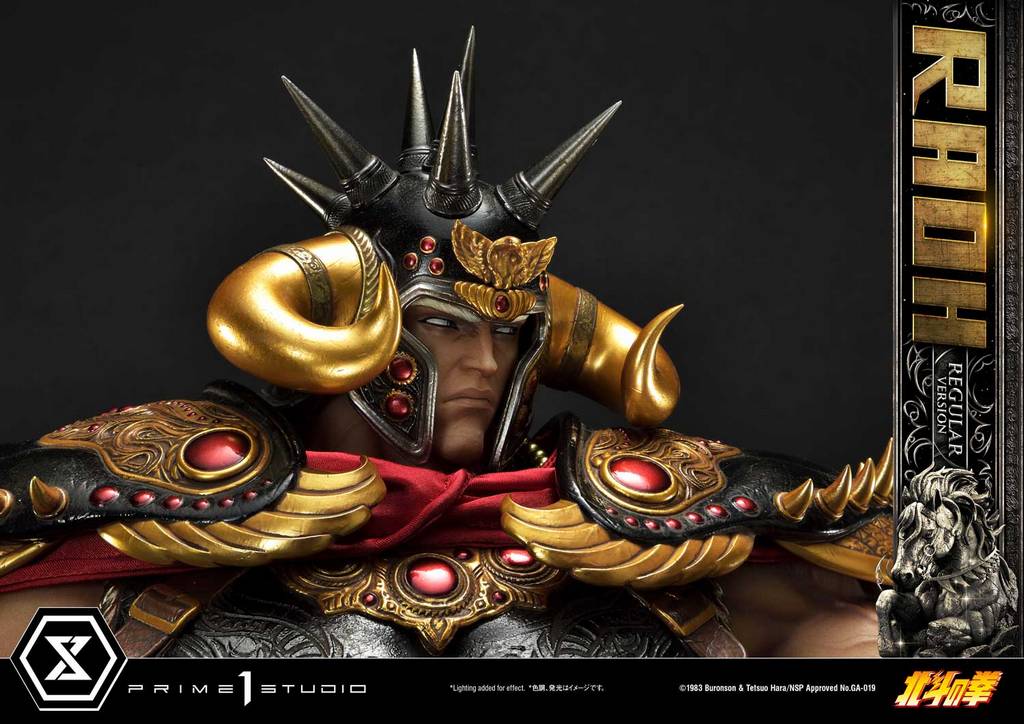 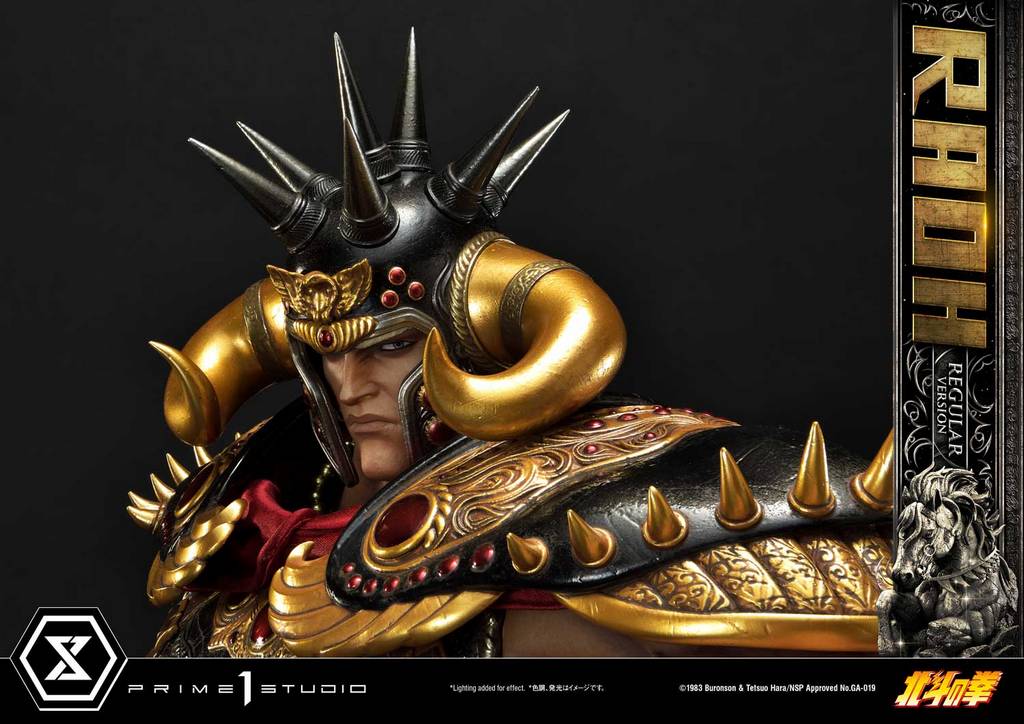 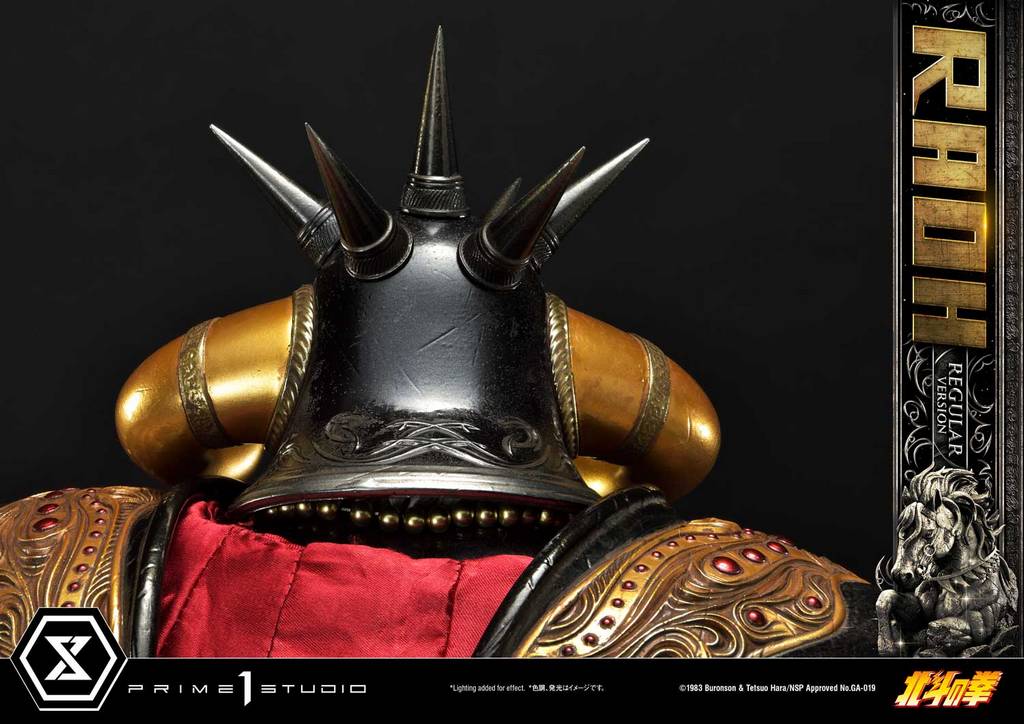 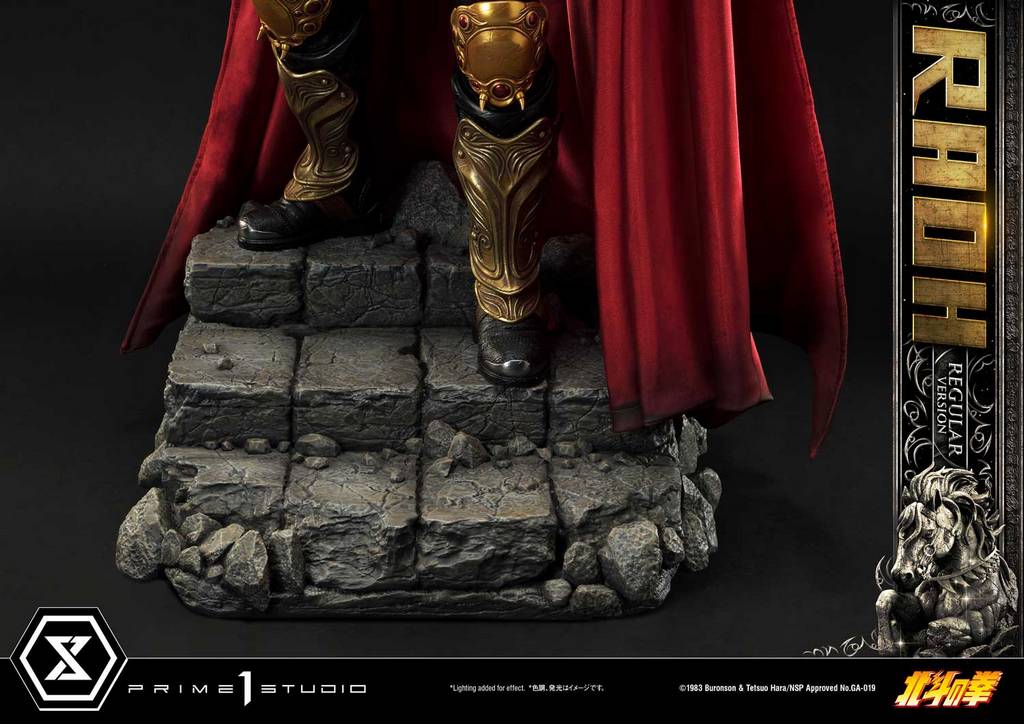 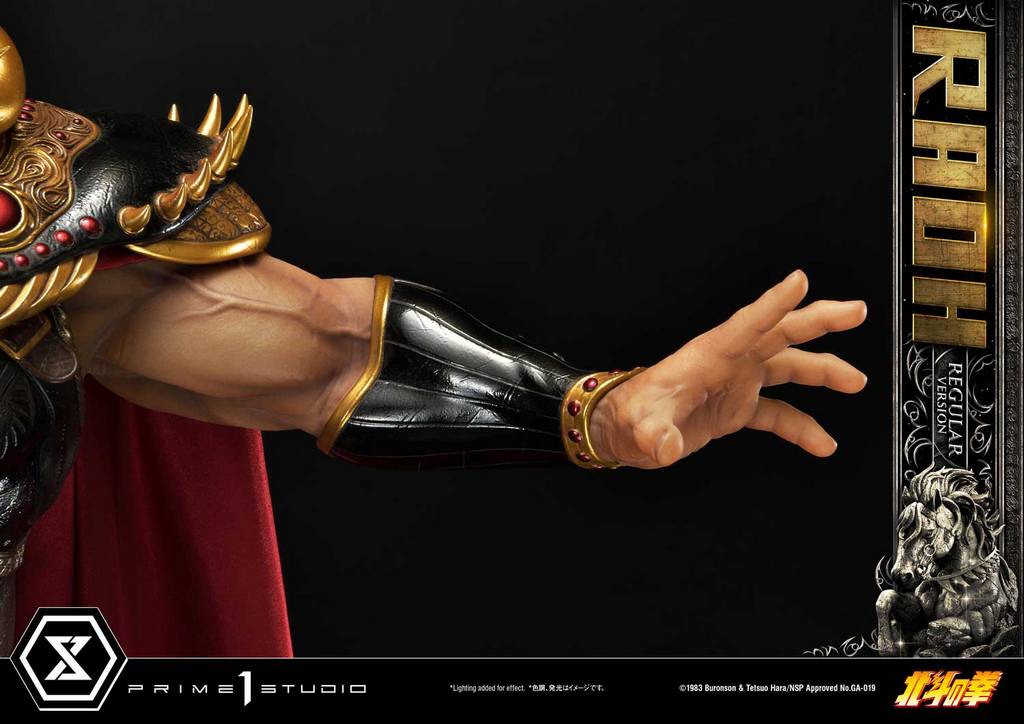 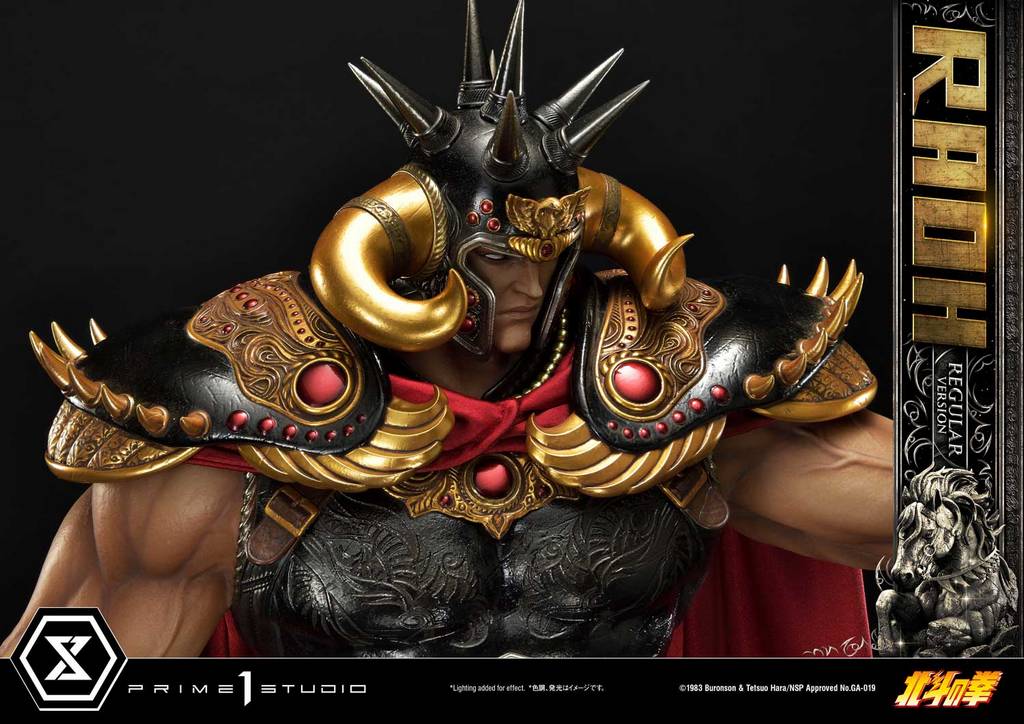 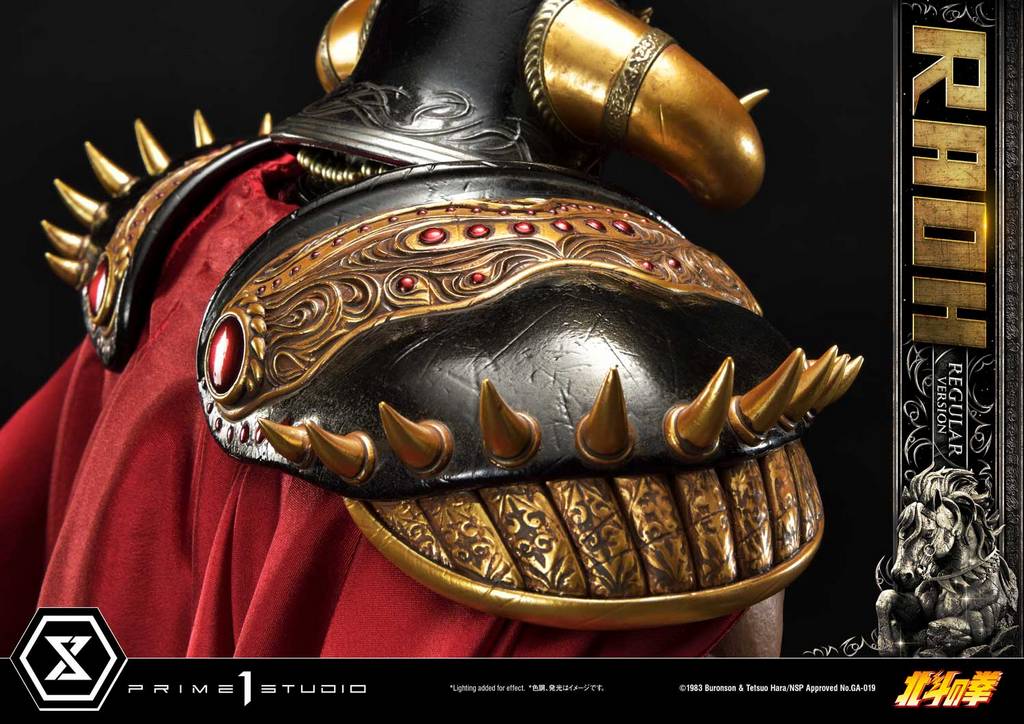 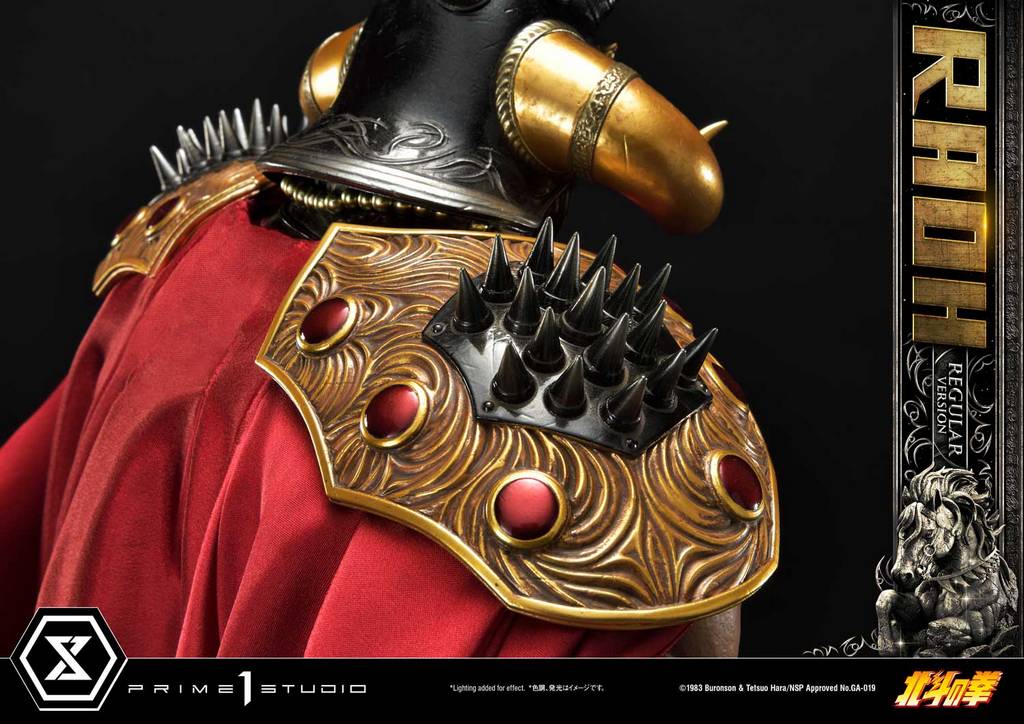 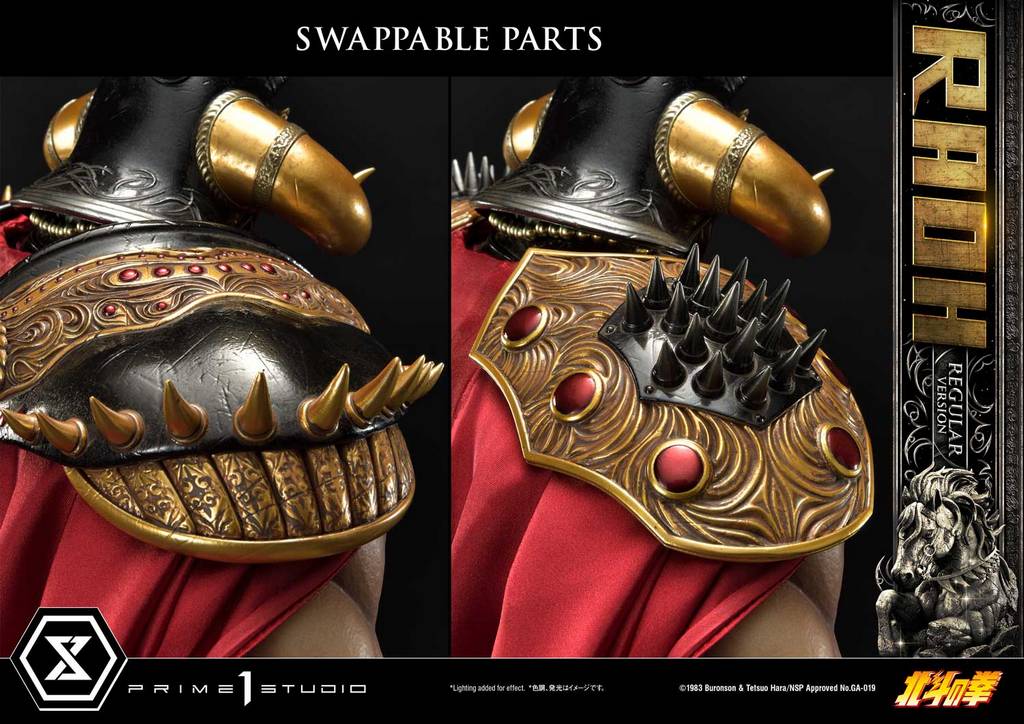 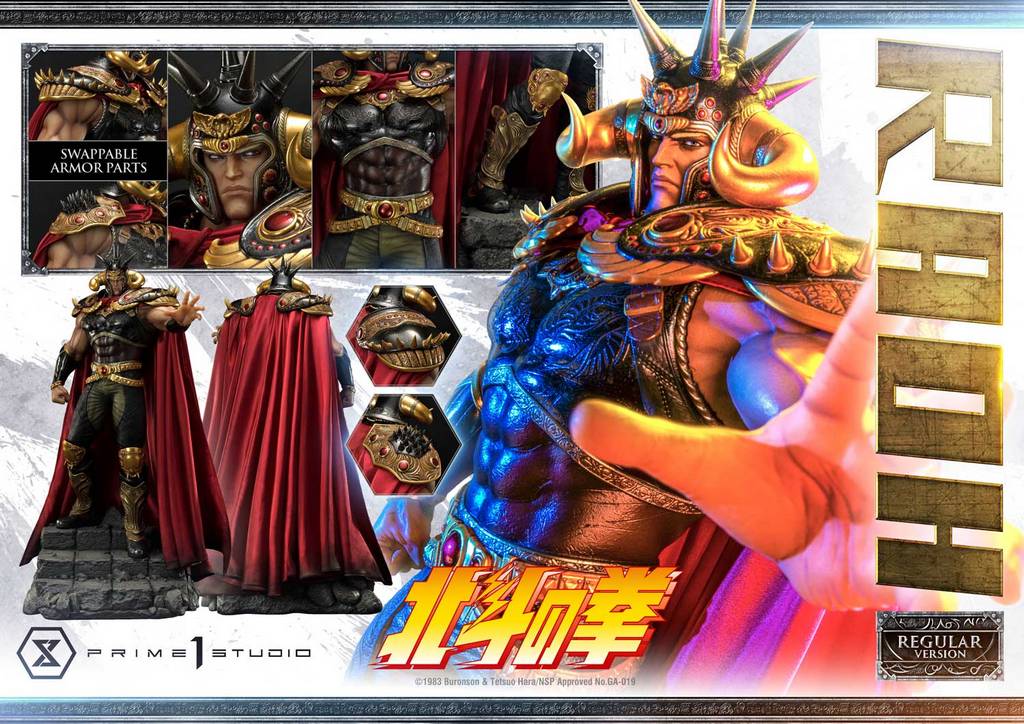 “I am Ken-Oh, the Conqueror! I’m also the last thing you will ever see.”

Prime 1 Studio is proud to finally be able to present another jaw-dropping addition to the Premium Masterline Series: The 1/4 Scale Raoh, Regular Version from Fist of the North Star!

Fist of the North Star by Buronson and Tetsuo Hara is among the highest-grossing media franchises of all time. Moreover, it’s immense popularity has allowed its characters and themes to rise up into legendary pop-culture status!

With this in mind, the talented team at Prime 1 Studio wanted to perform work that was more than up to the task of portraying such a seminal character in the Fist of the North Star universe: the power-hungry, and extremely ruthless Raoh, Ken-Oh…King of Fists!

Prime 1 Studio’s 31-inch-tall Raoh is magnificent to behold! Covered in his gold and leather armor, he stands proudly as a warning to the next useless weakling in his path. With his arm outstretched, he displays his raw power like only a Master of Hokuto Shinken can! As he walks down a pedestal of stone stairs, his real fabric cape, flows behind in all its majesty.

Our sculptors ensured that we nailed Raoh‘s intense stare and threatening demeanor. The sculpting of his helmet and armor pieces is stunningly immaculate. Raoh‘s anatomy is befitting his stature. Equally, our skillful painters rendered Raoh in stunning realistic hues and tones. They accentuated the intricate detail and careworn look of his leather chestplate, as well as his bracers and boots.

Now, your Prime 1 Studio Fist of the North Star collection grows ever larger as your Kenshiro statue has been joined by a challenger! Don’t delay the fight and pre-order this today!