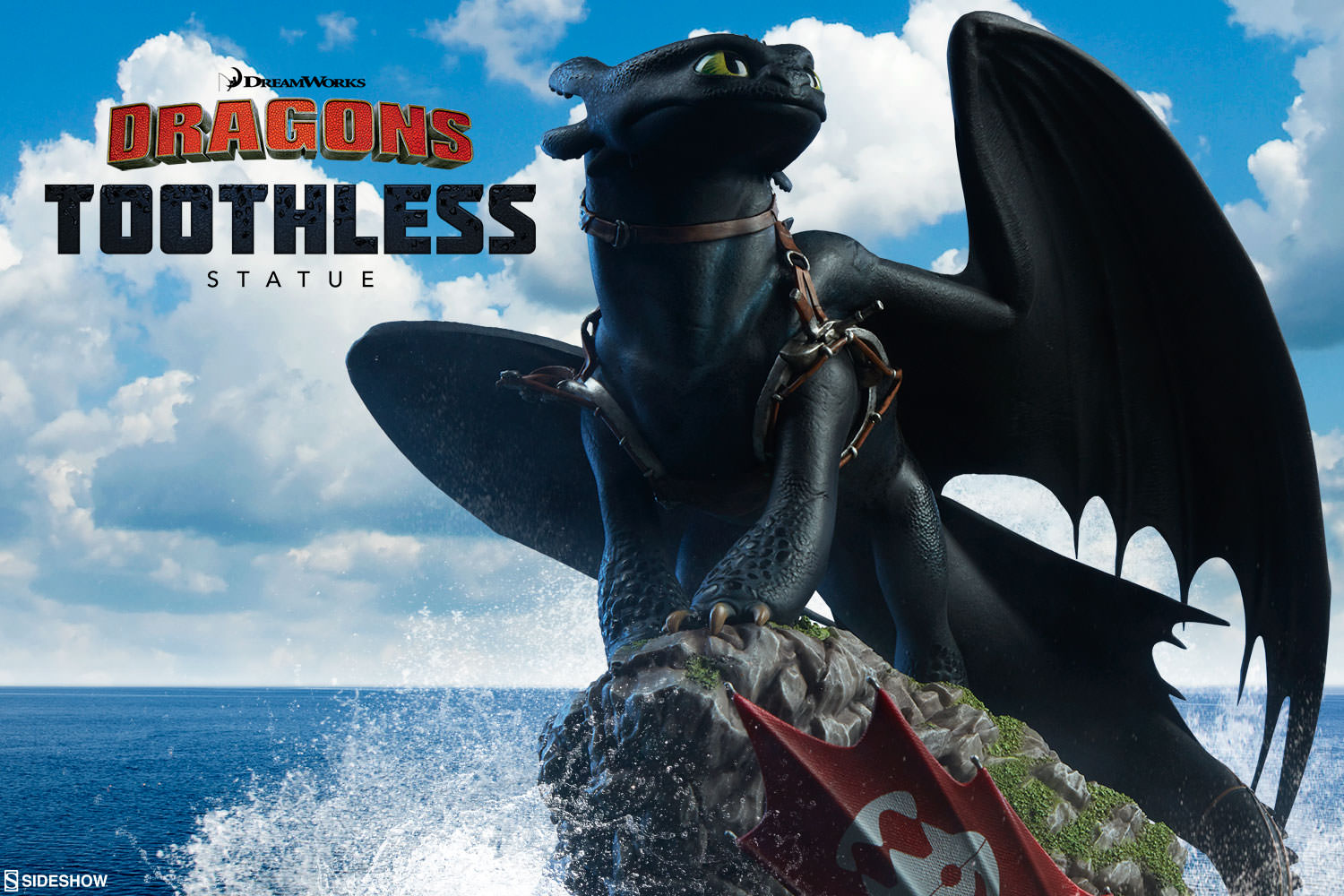 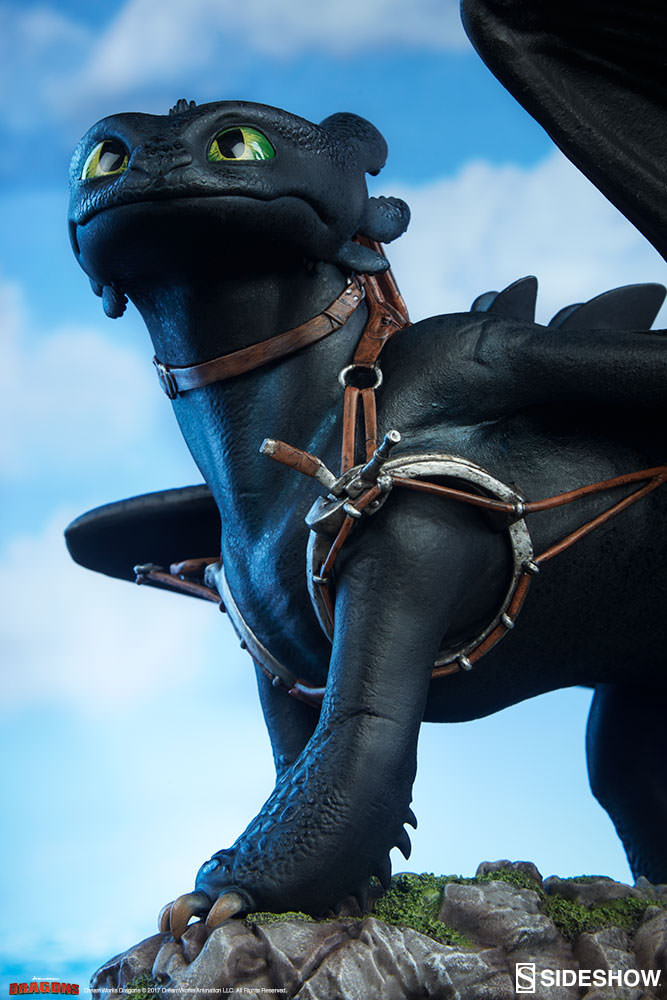 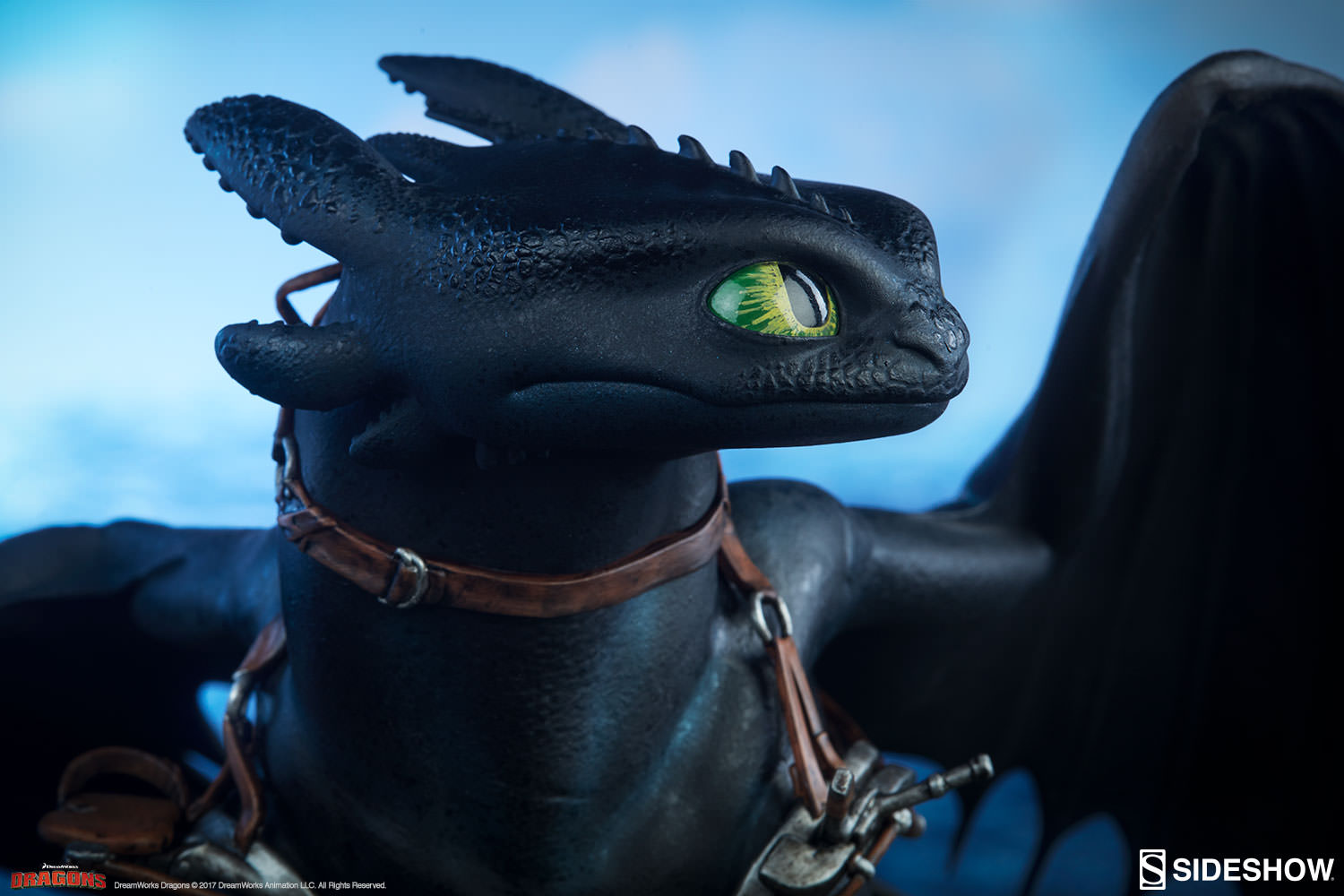 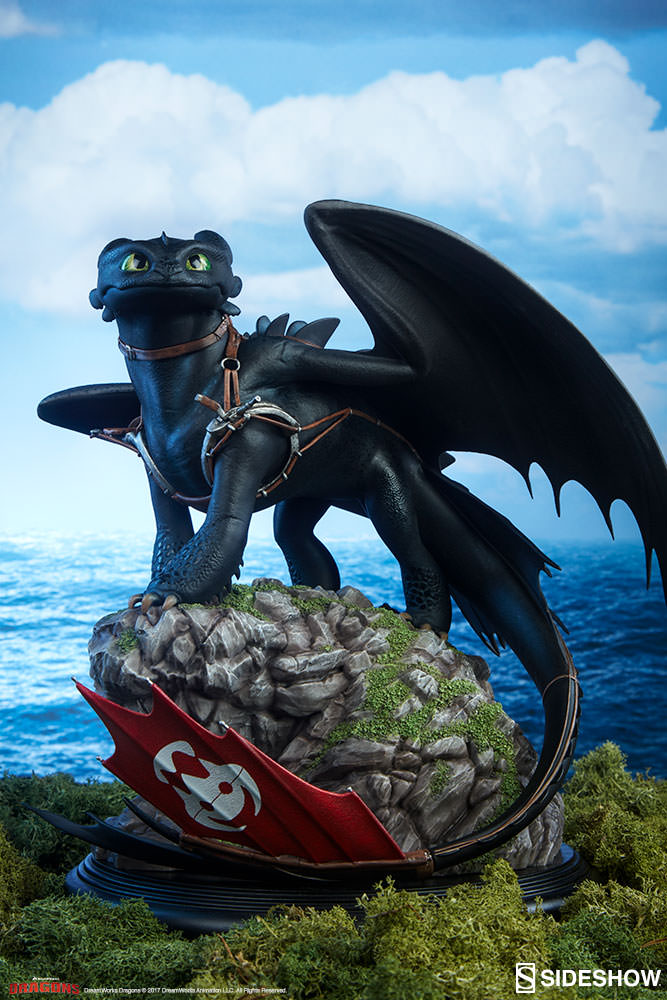 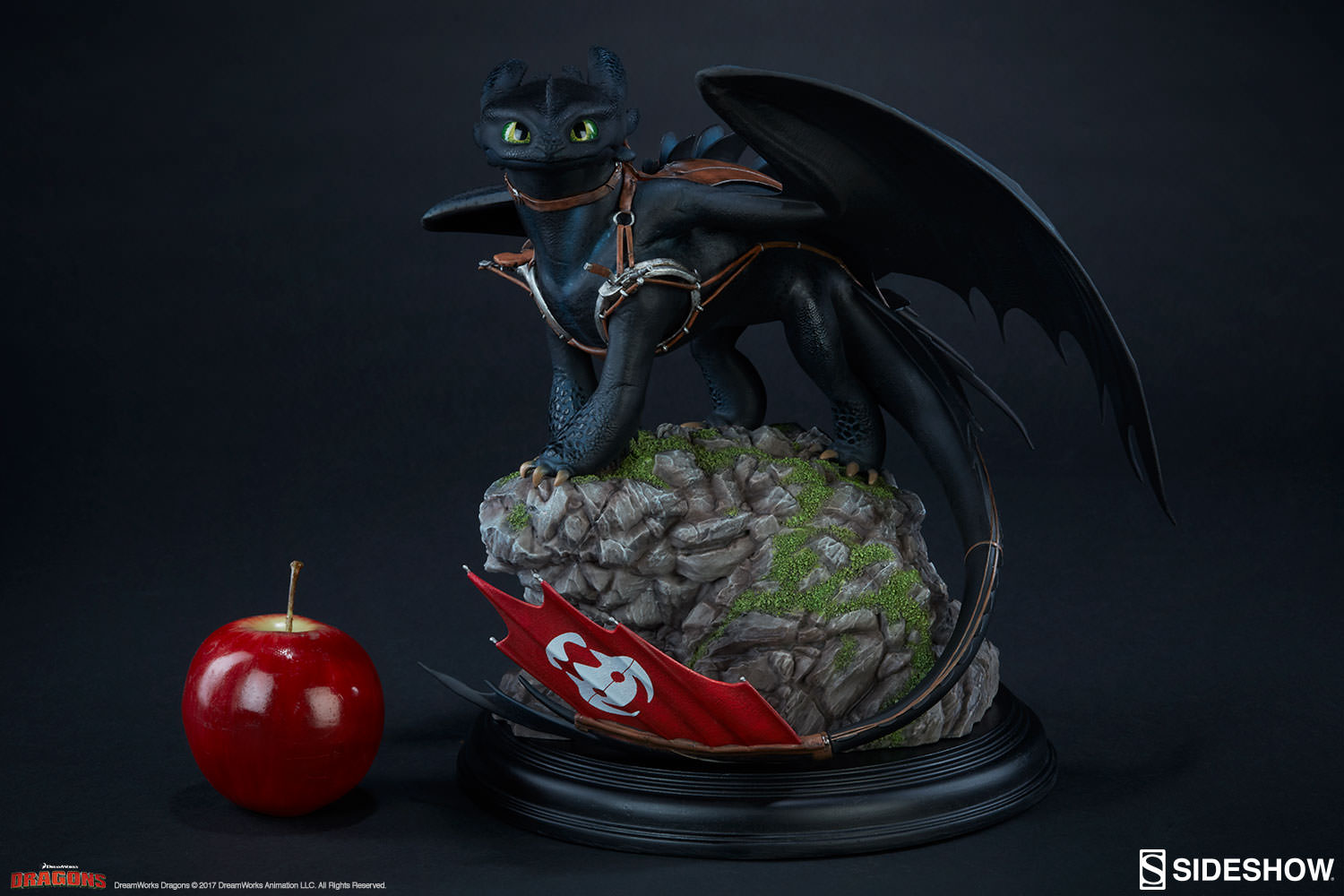 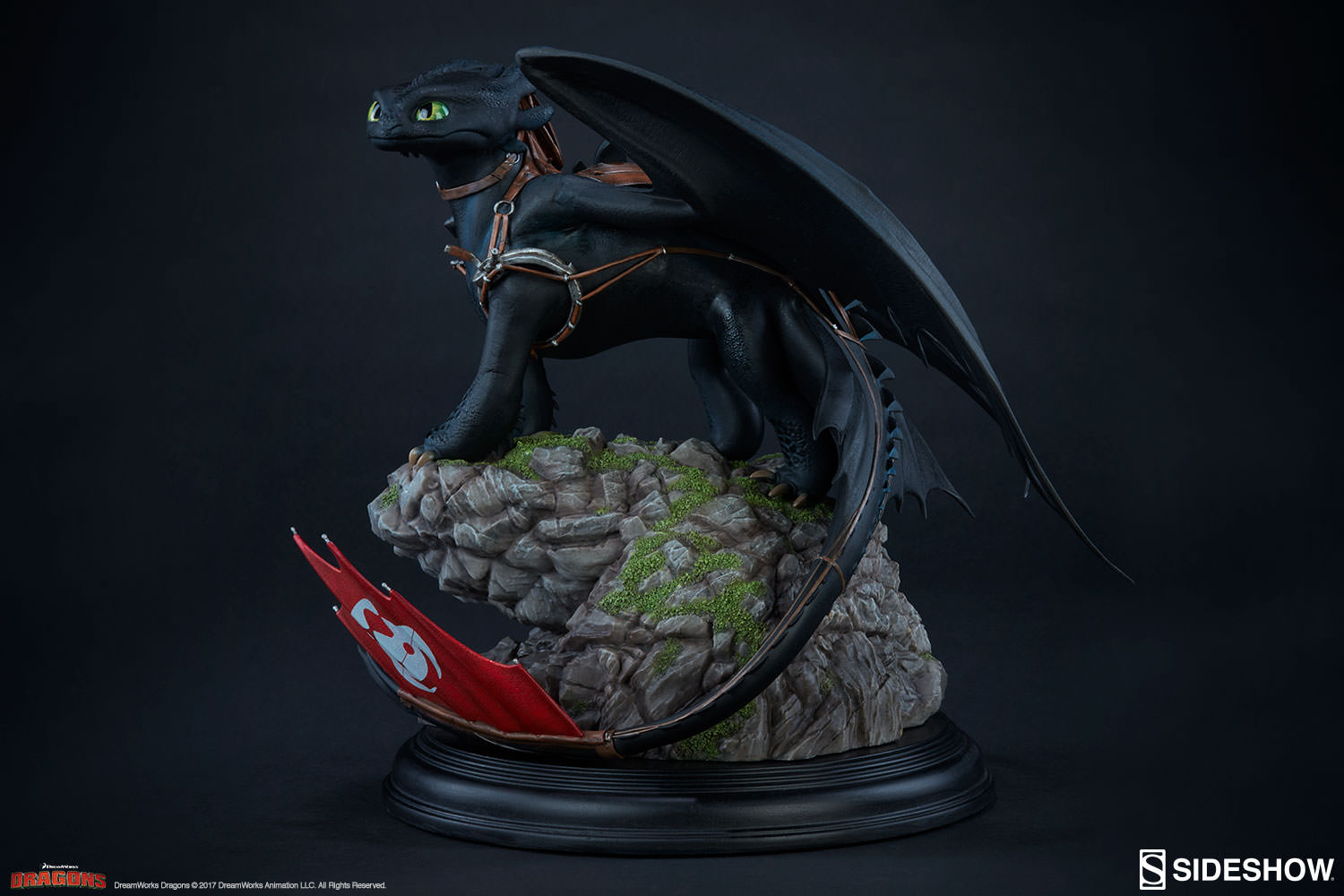 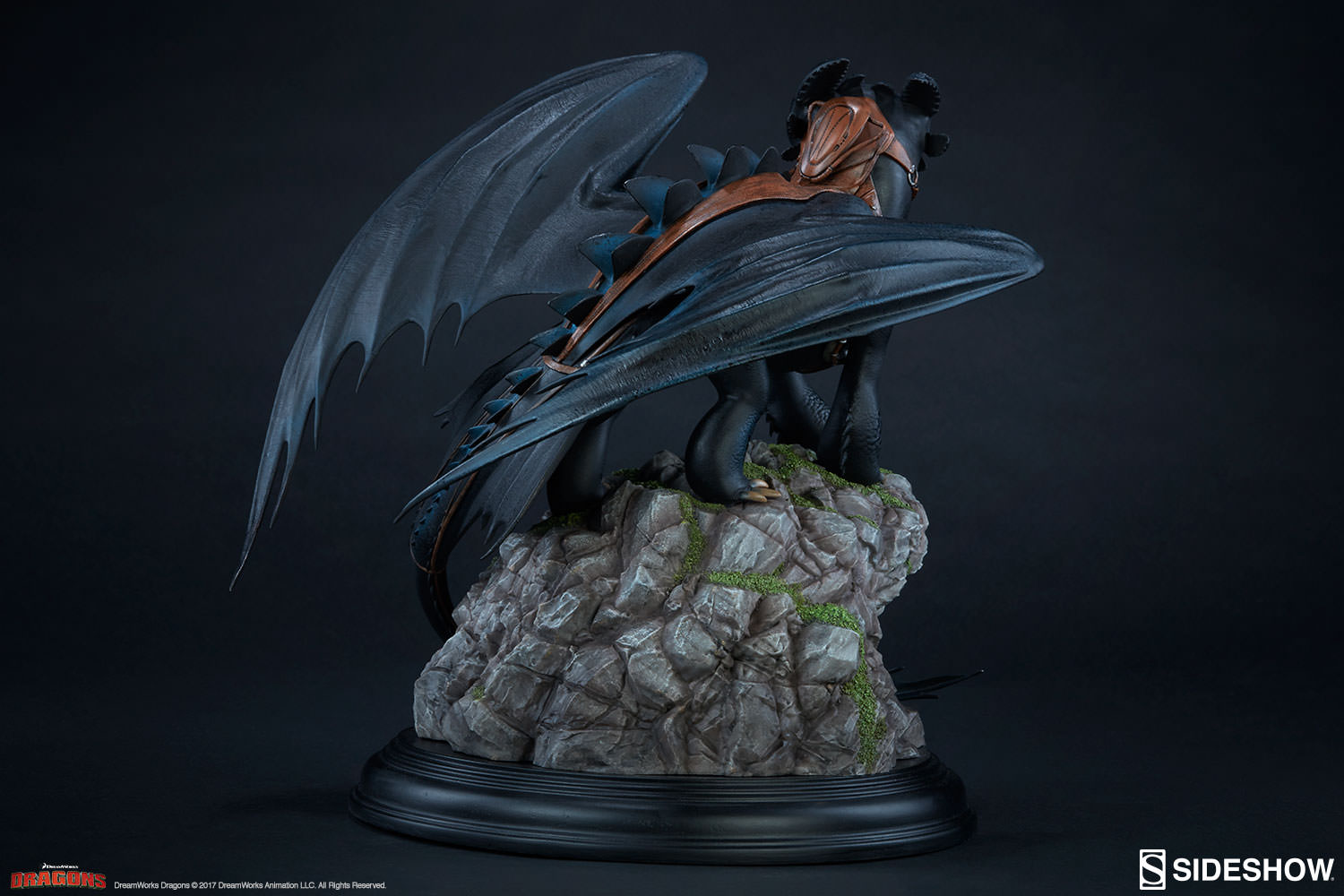 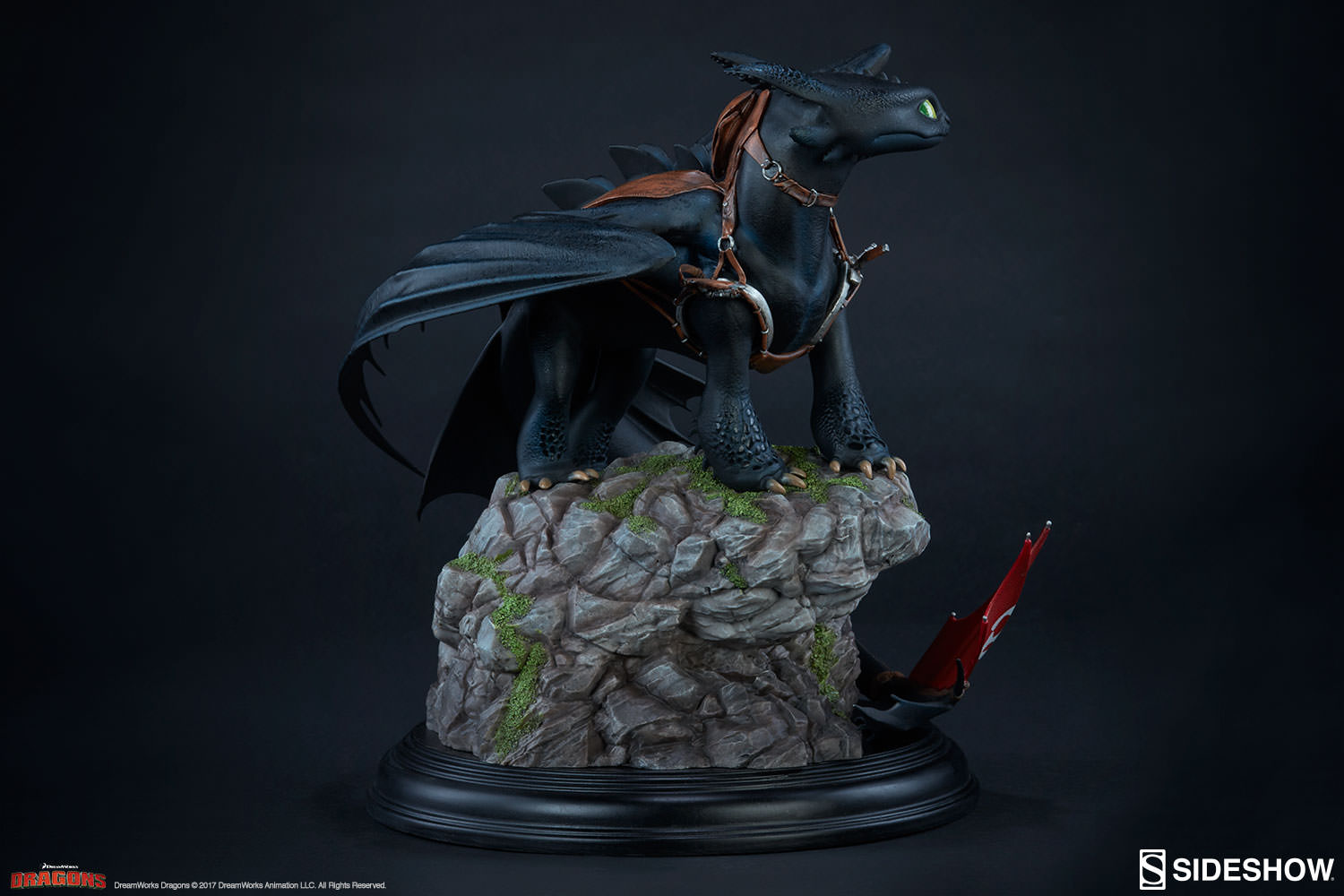 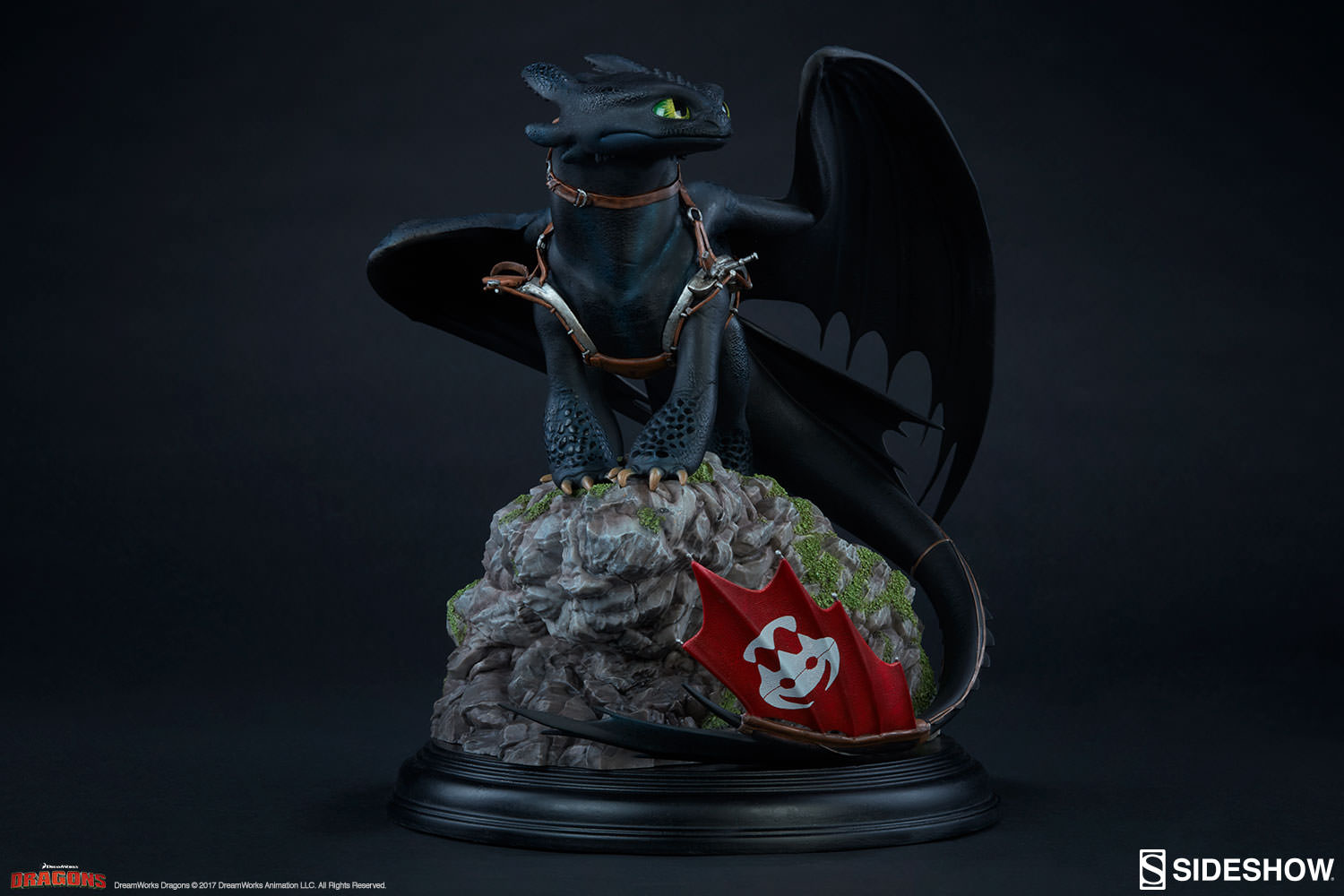 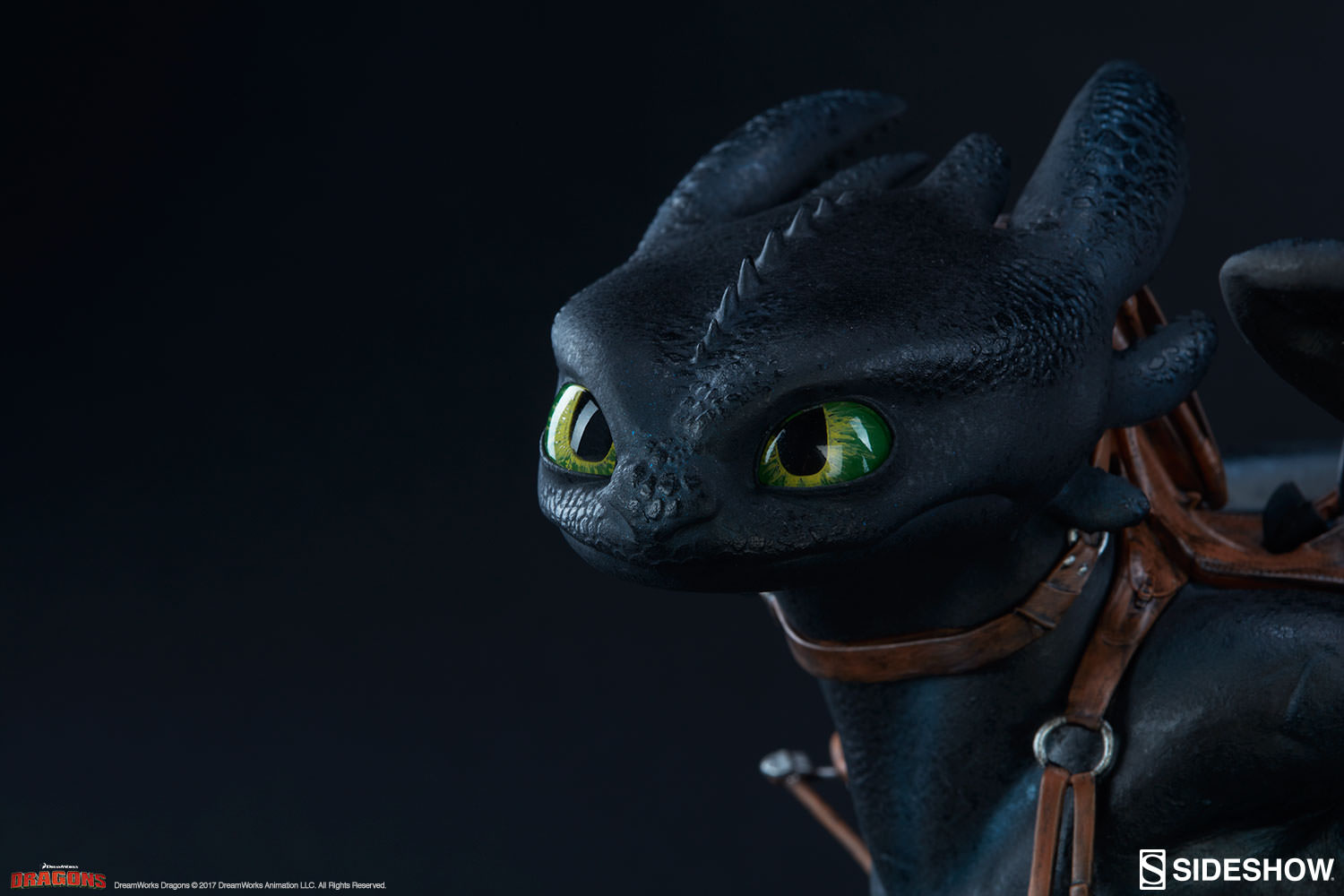 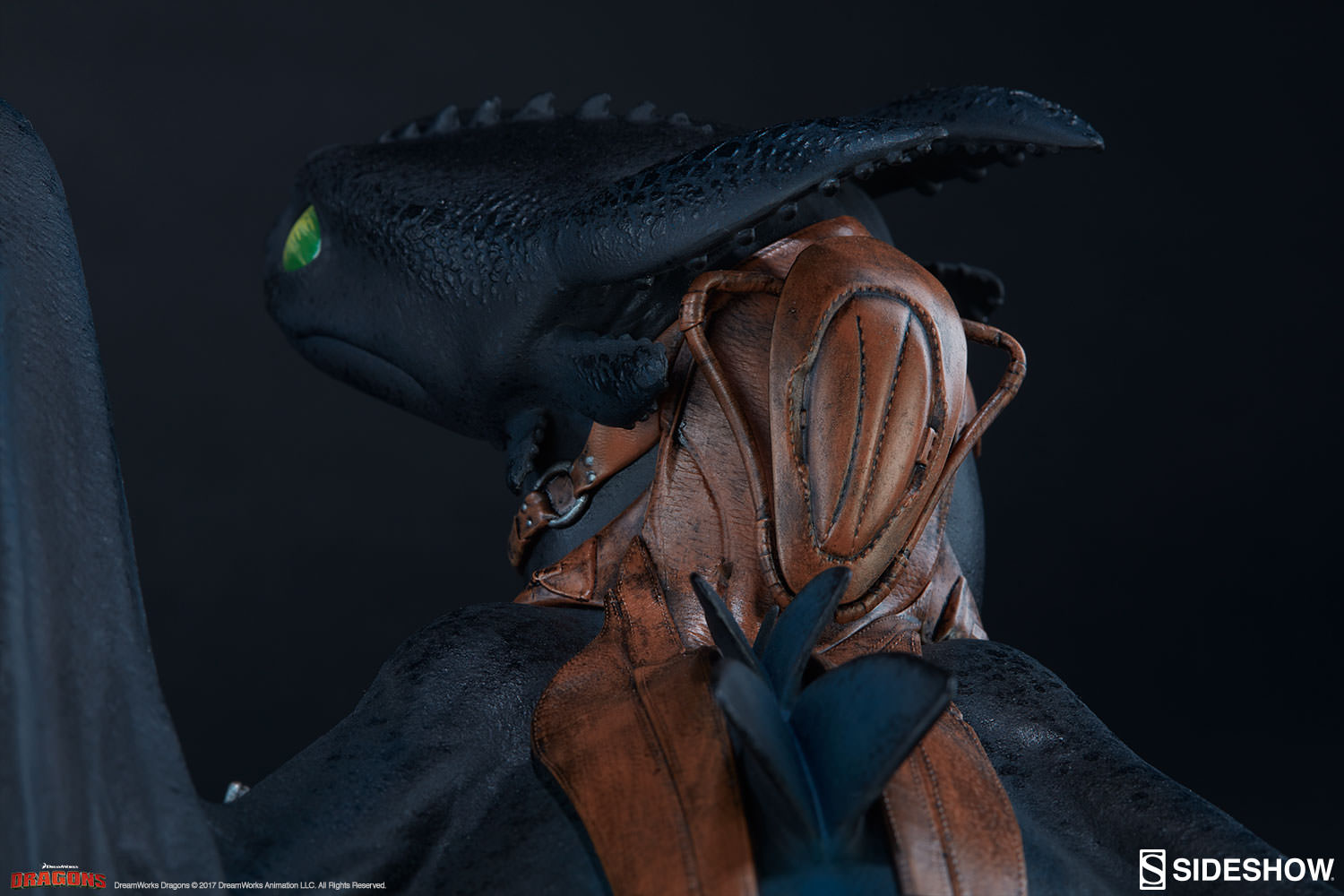 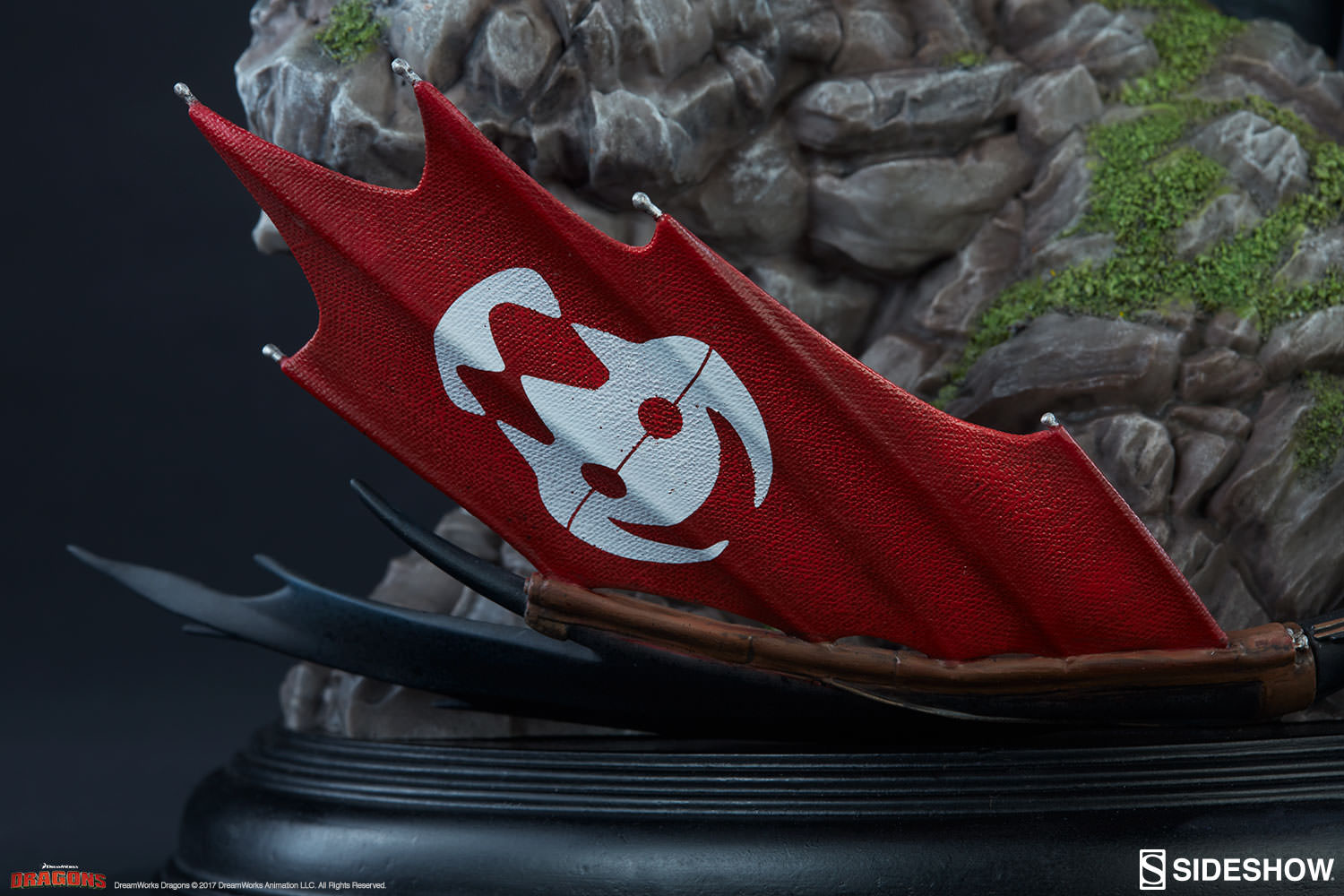 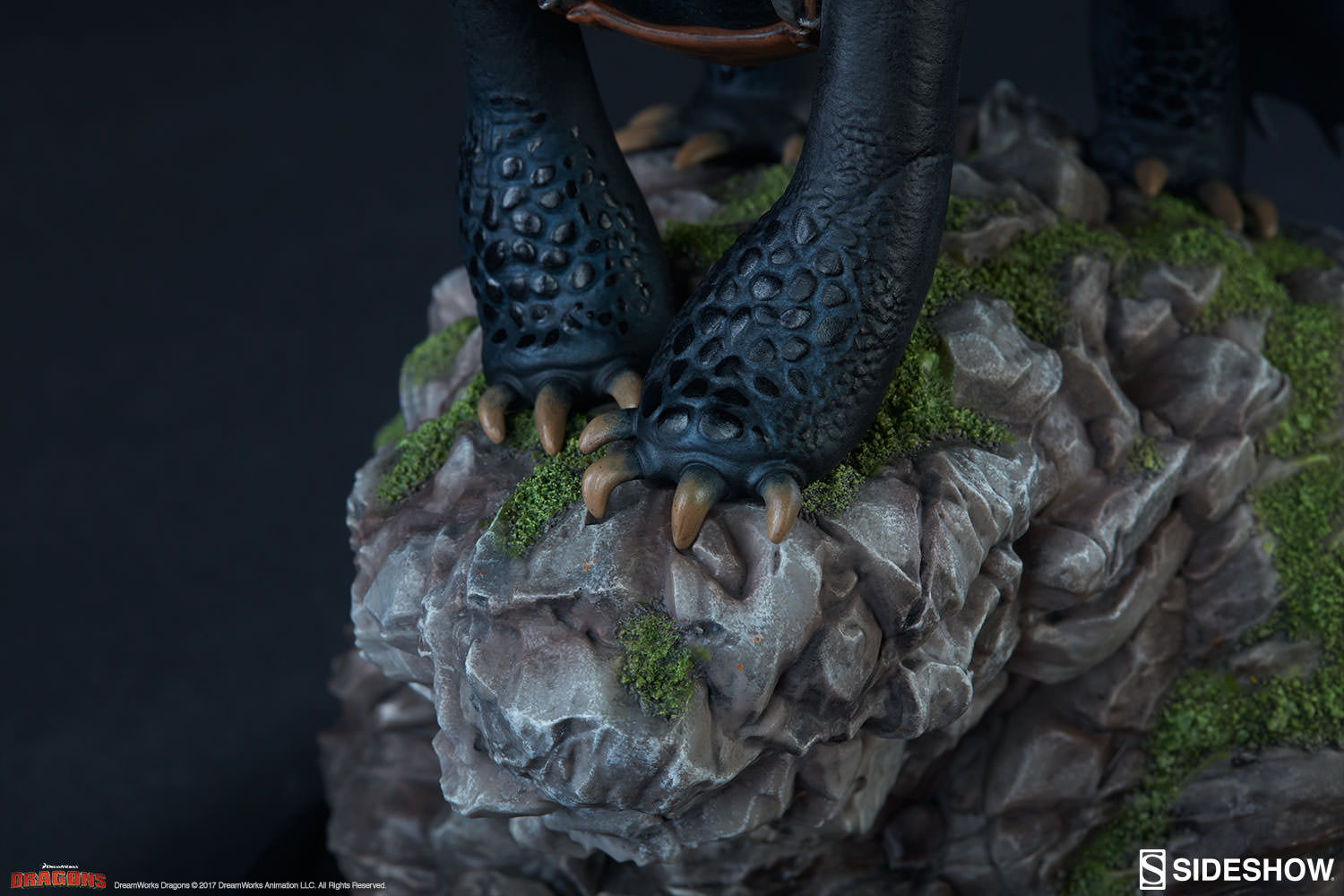 HOW to TRAIN YOUR DRAGON: DRAGON TRAINER – TOOTHLESS Statue SIDESHOW

He is the unholy offspring of lightning and death itself. Sideshow is excited to present the Toothless statue from the How to Train Your Dragon films! A member of the deadly Night Fury species, Toothless turns out to be a loyal, friendly dragon after a bit of training from the chief’s son Hiccup.

This statue stands at 12 inches in height, capturing the majesty Berk’s jet-black dragon defender as he looks out from a rocky crag base. He has scale texturing on his legs and head, as well as claws that grip the mossy rocks where he stands. Looking out over the lush Viking homeland, Toothless wears a sculpted harness designed by Hiccup to steer the dragon during flight. His lofty wings are open, ready to take to the skies for another adventure with his rider. Toothless’s tail gently curls down the rocky base, showing off the replacement fin that Hiccup built specially for him.

The prosthetic red fin comes complete with a painted Viking skull design, giving Toothless some extra flair in flight. Based on his appearance in How to Train Your Dragon 2, Toothless also has subtle blue paint accenting his spine ridges, indicating to all other dragons that this Night Fury is an alpha dragon and a formidable leader.

We can’t help but smile when we see Toothless in all of his glory! Train this dragon and add him to your collection today.