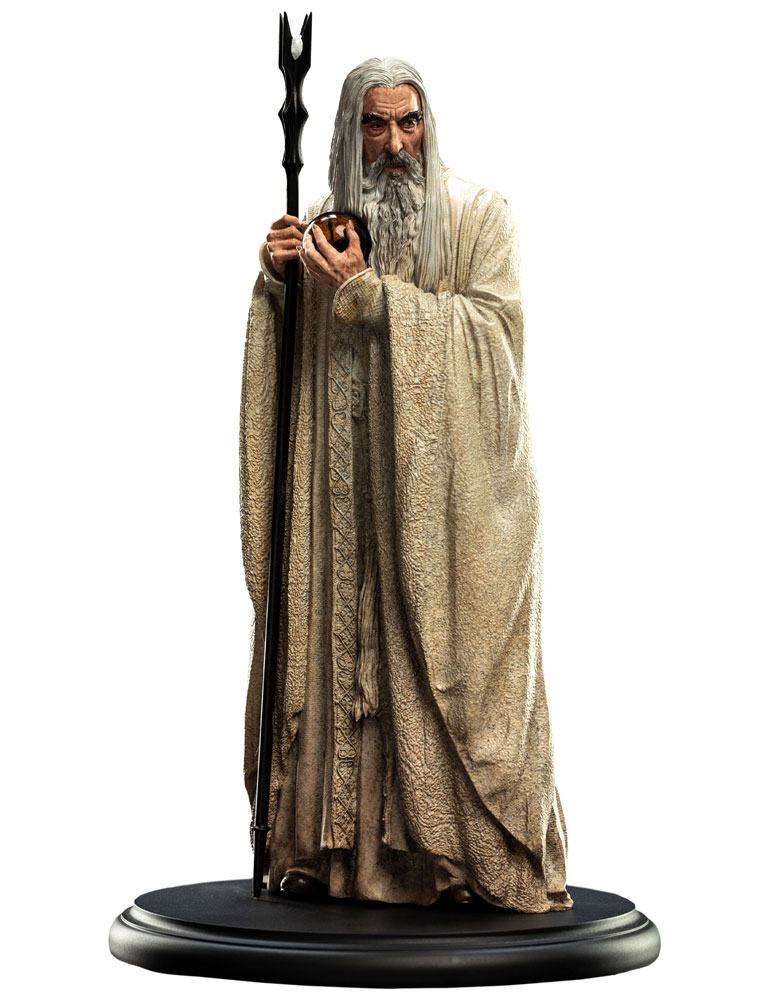 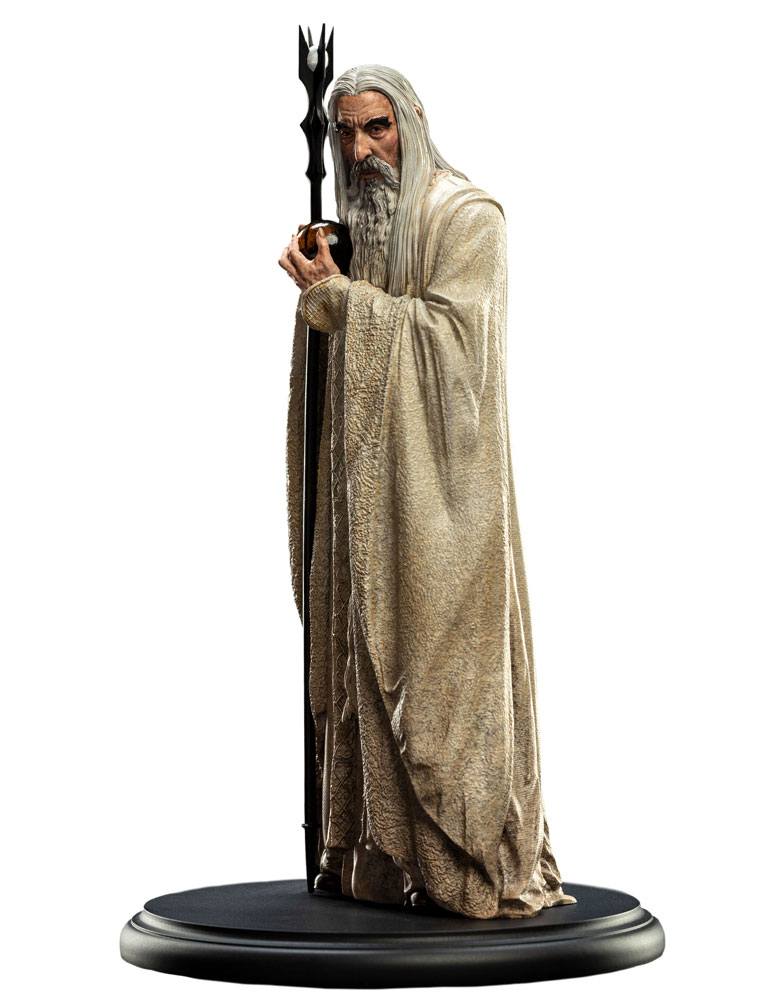 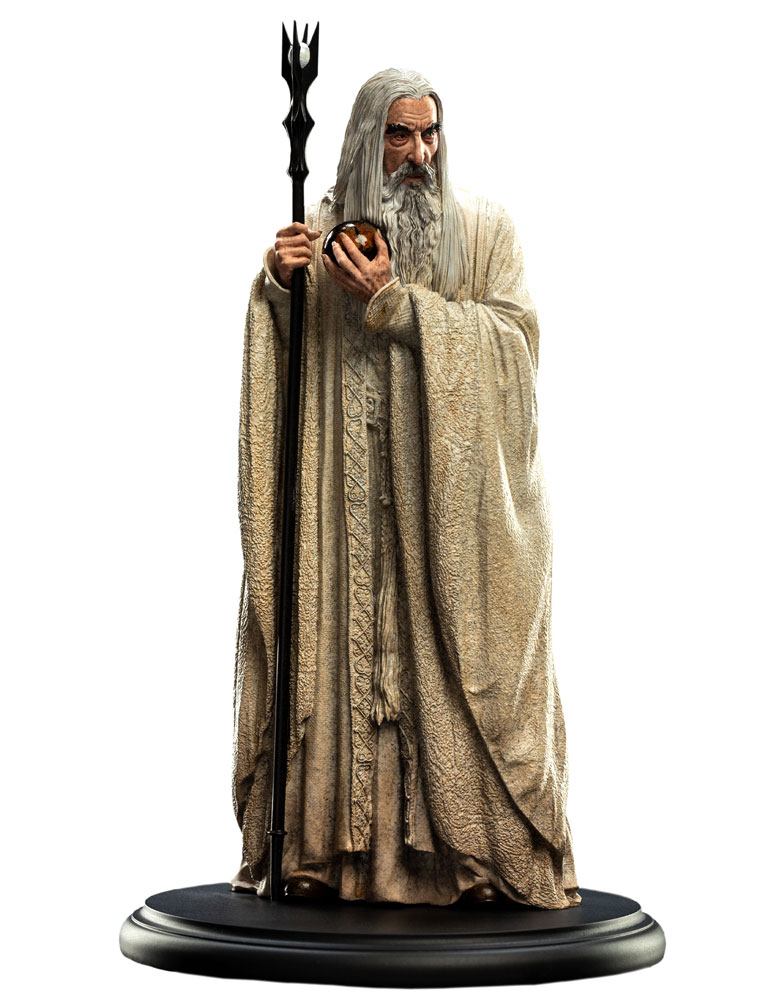 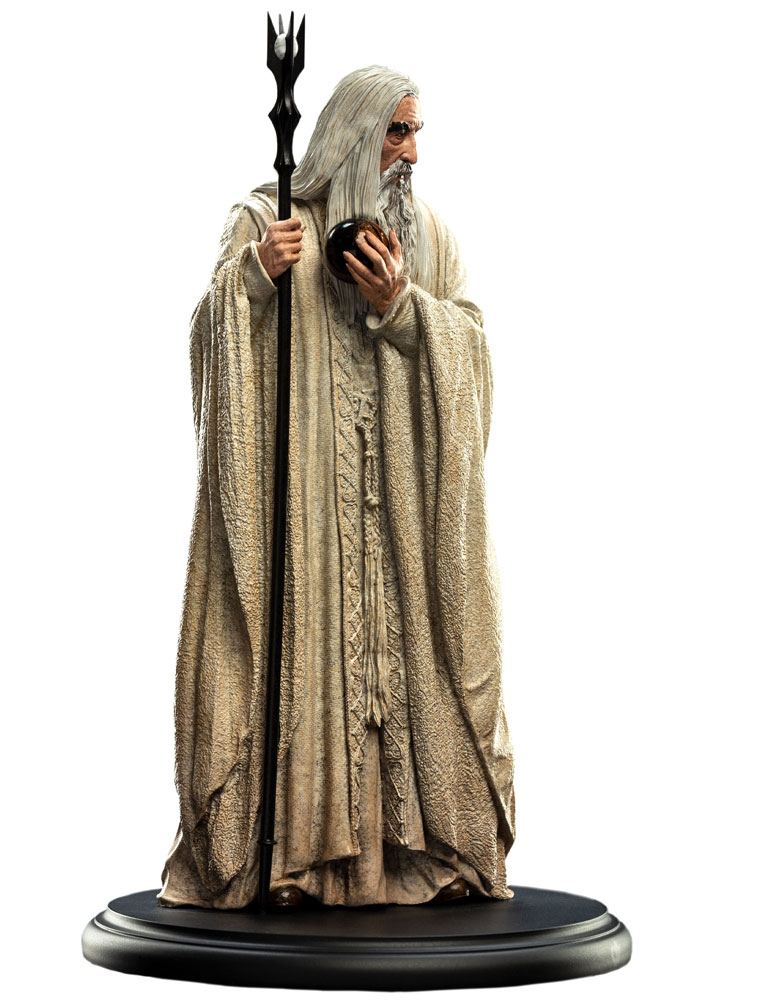 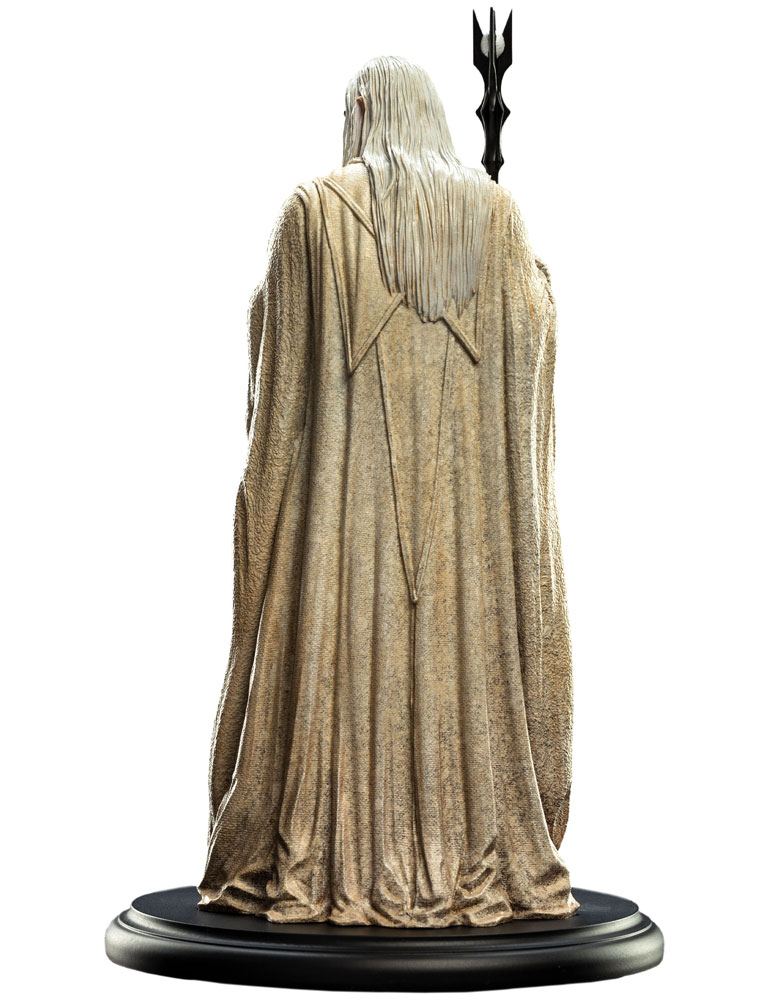 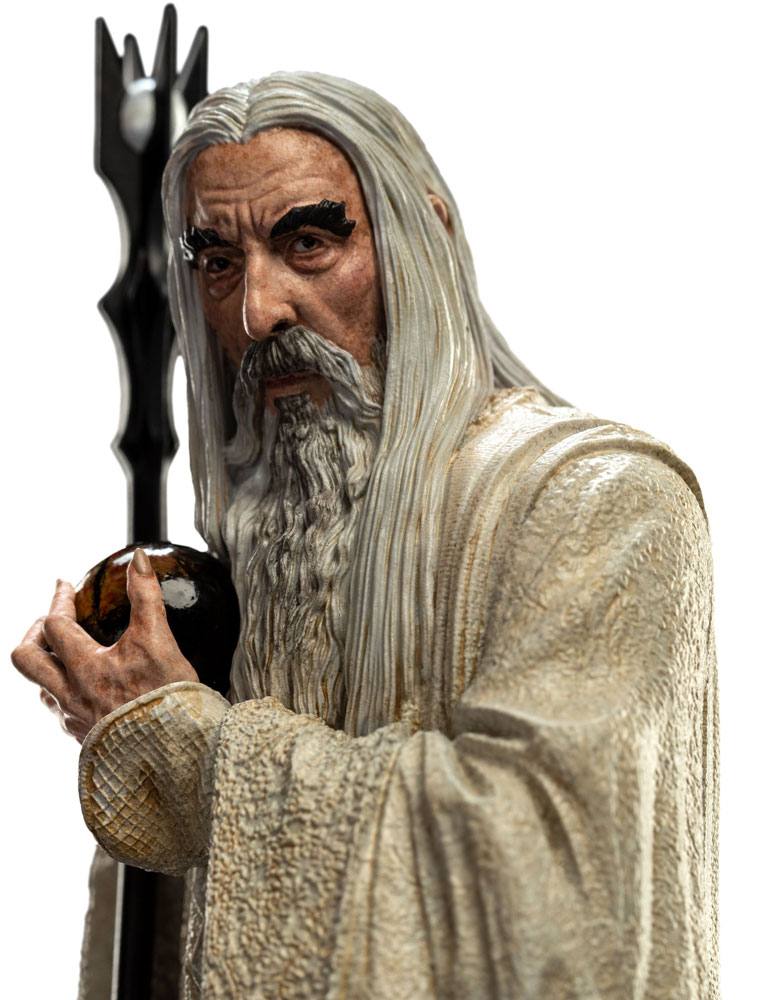 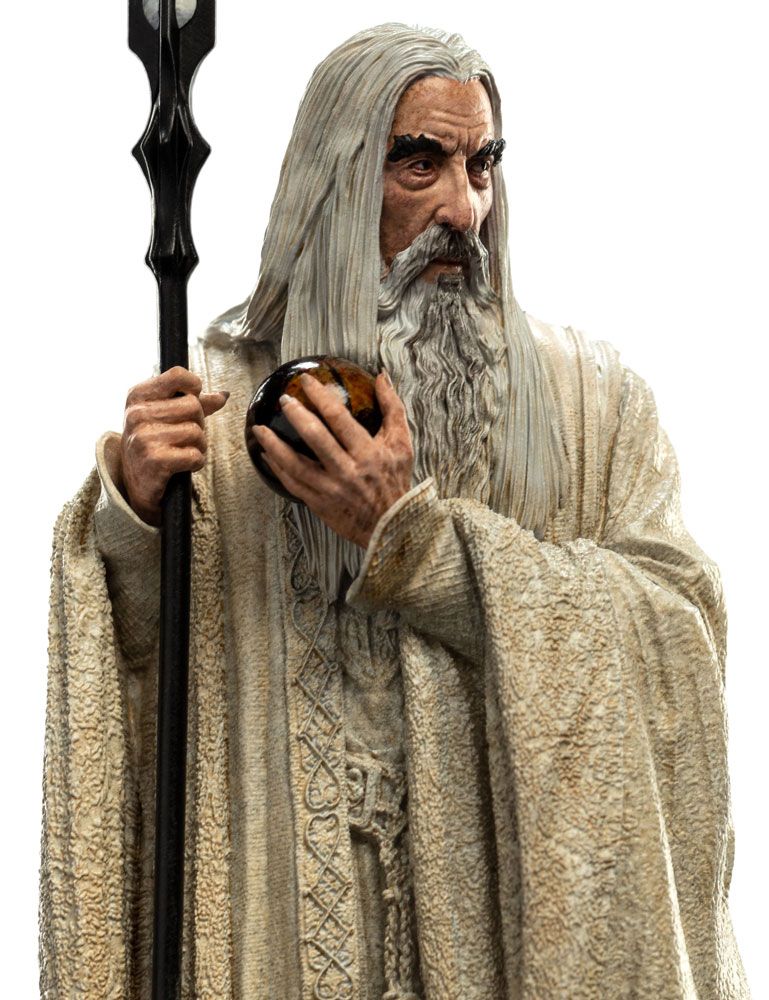 Lord of the Rings Statue Saruman The White 19 cm

Once the head of the Order of the Istari and a truly great and wise Wizard, Saruman the White fell into darkness and became an agent of evil during the War of the Ring. Too long he studied the ways of his enemy, believing that in better understanding Sauron‘s nature he might discern a means of victory. Using one of the lost Seeing Stones of Númenor, the Wizard sought to spy upon the Dark Lord, but was tricked into communing with him through the polished black orb. It was a contest of wills that Saruman lost.

Lured by promises of power and dark thoughts of his own mastery, Saruman fell from his purpose and abandoned his allies. In his arrogance he believed himself capable of usurping Sauron‘s place. Even as he did his new master’s bidding, the corrupted Wizard plotted a second betrayal. Yet in doing so he overreached, for pride and lust for power had blinded Saruman and the Eye of Sauron perceived his treachery through the lens of the palantir. The downfall of Saruman, once the leader of the White Council, was doomed to be written in blood.

Expertly sculpted by Gary Hunt, a member of the original Lord of the Rings crew, Saruman the White will make an excellent addition to your Weta Workshop miniatures collection.