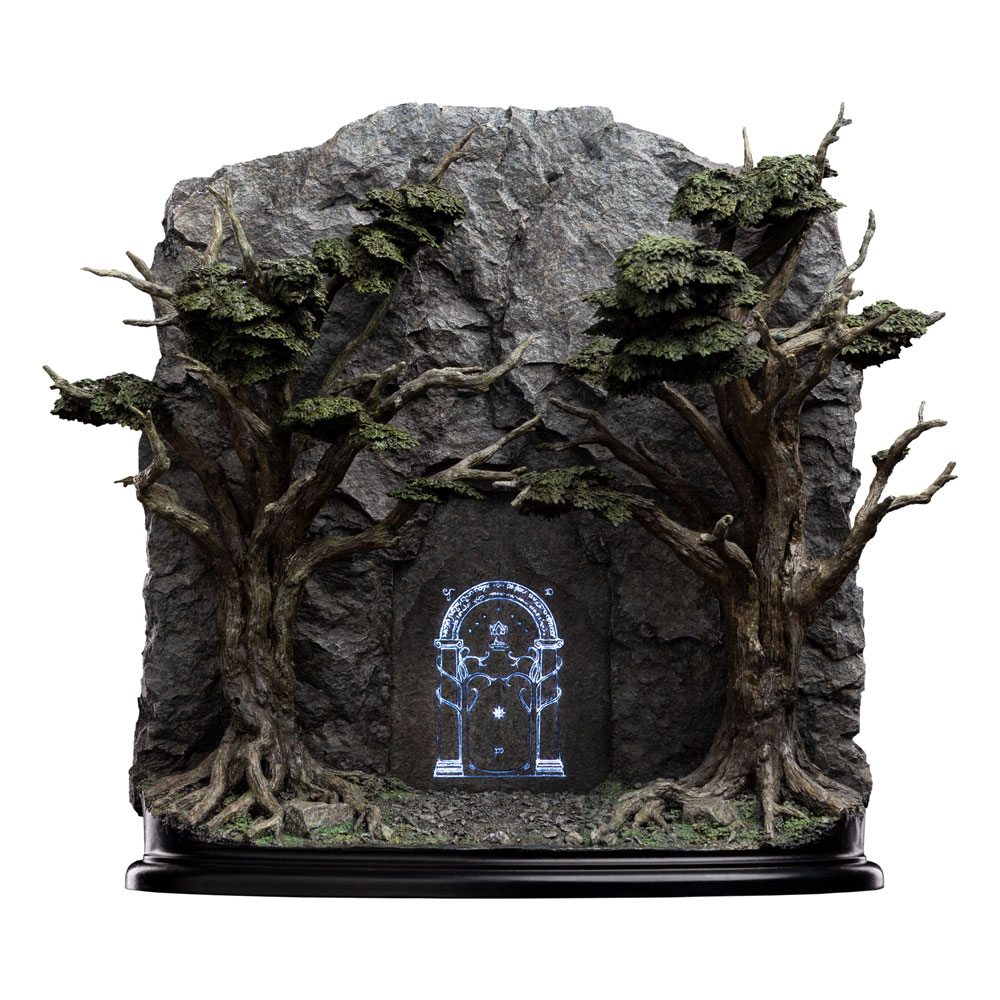 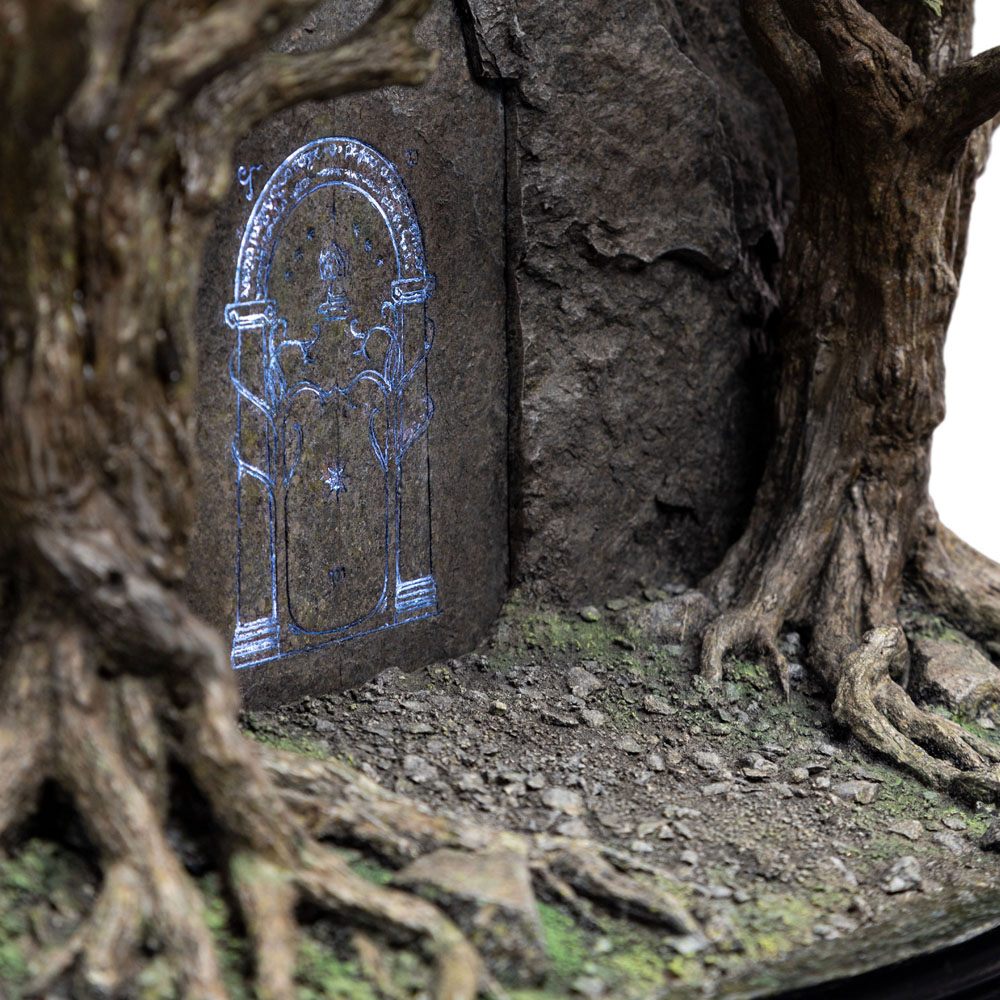 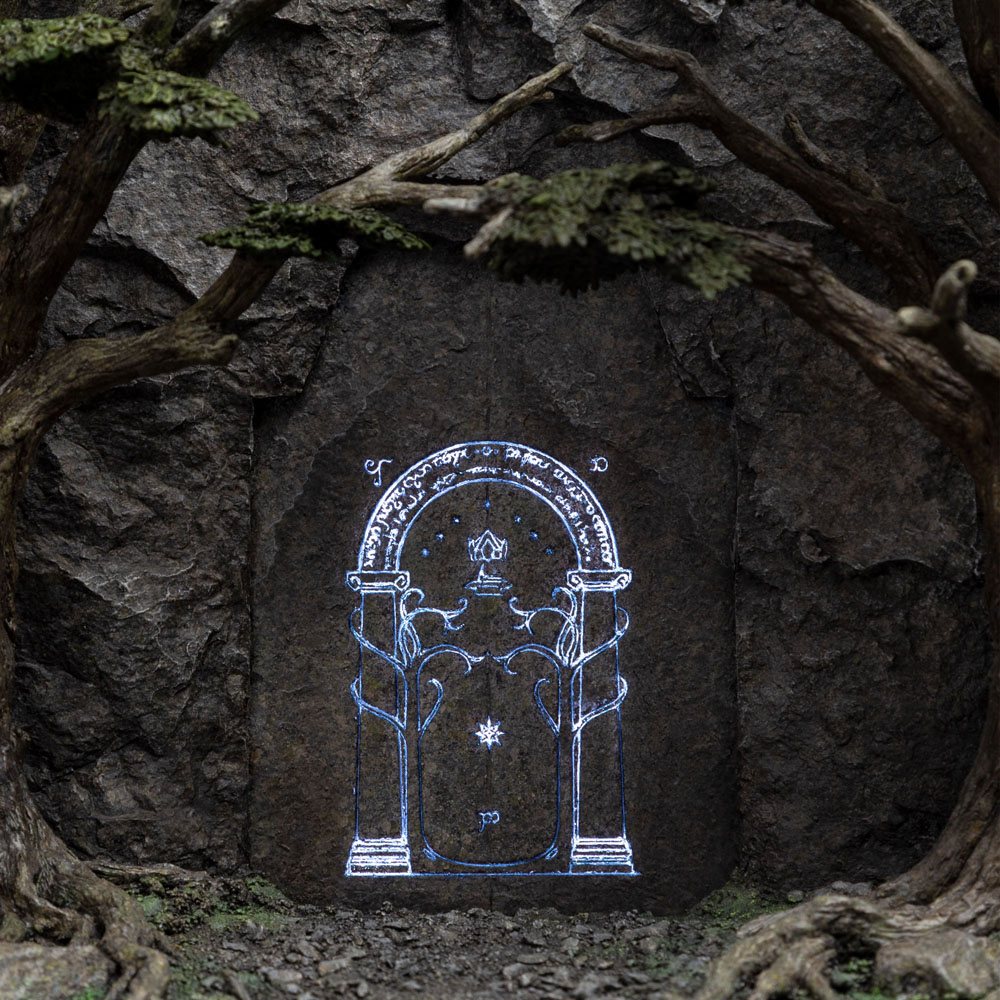 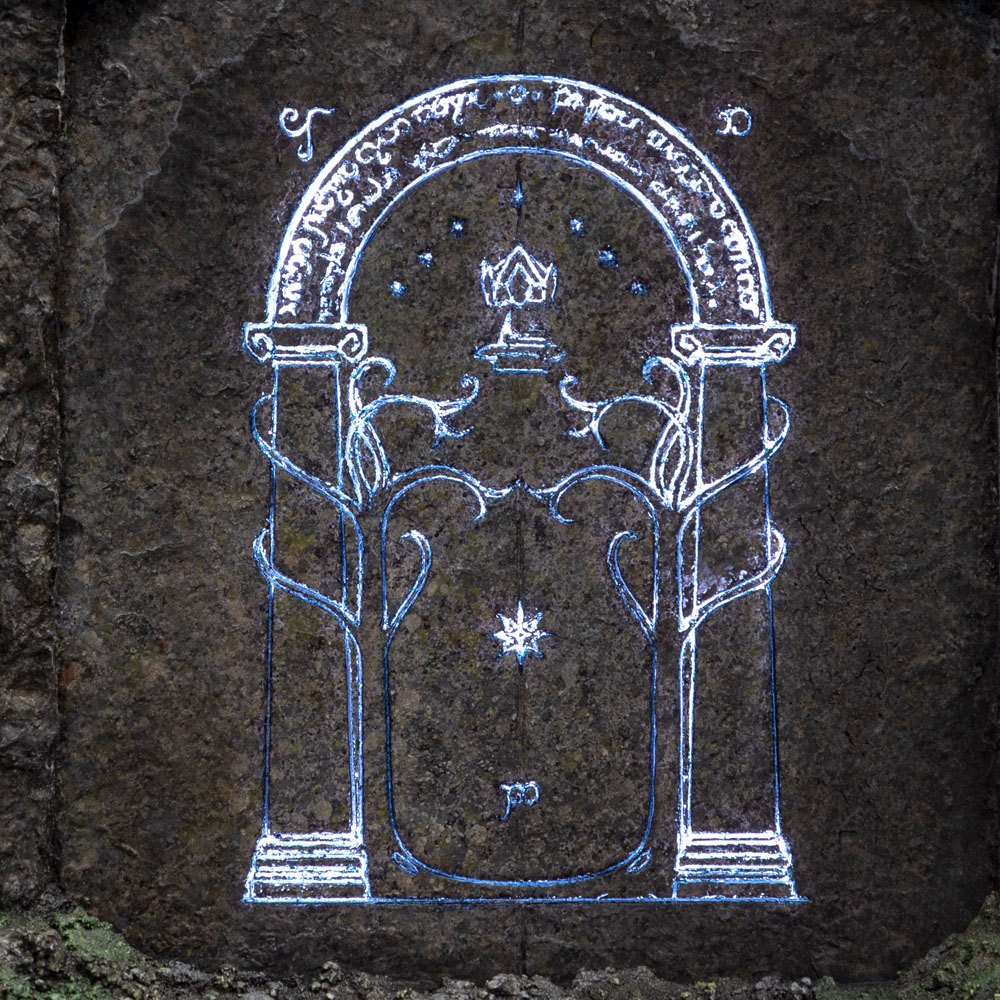 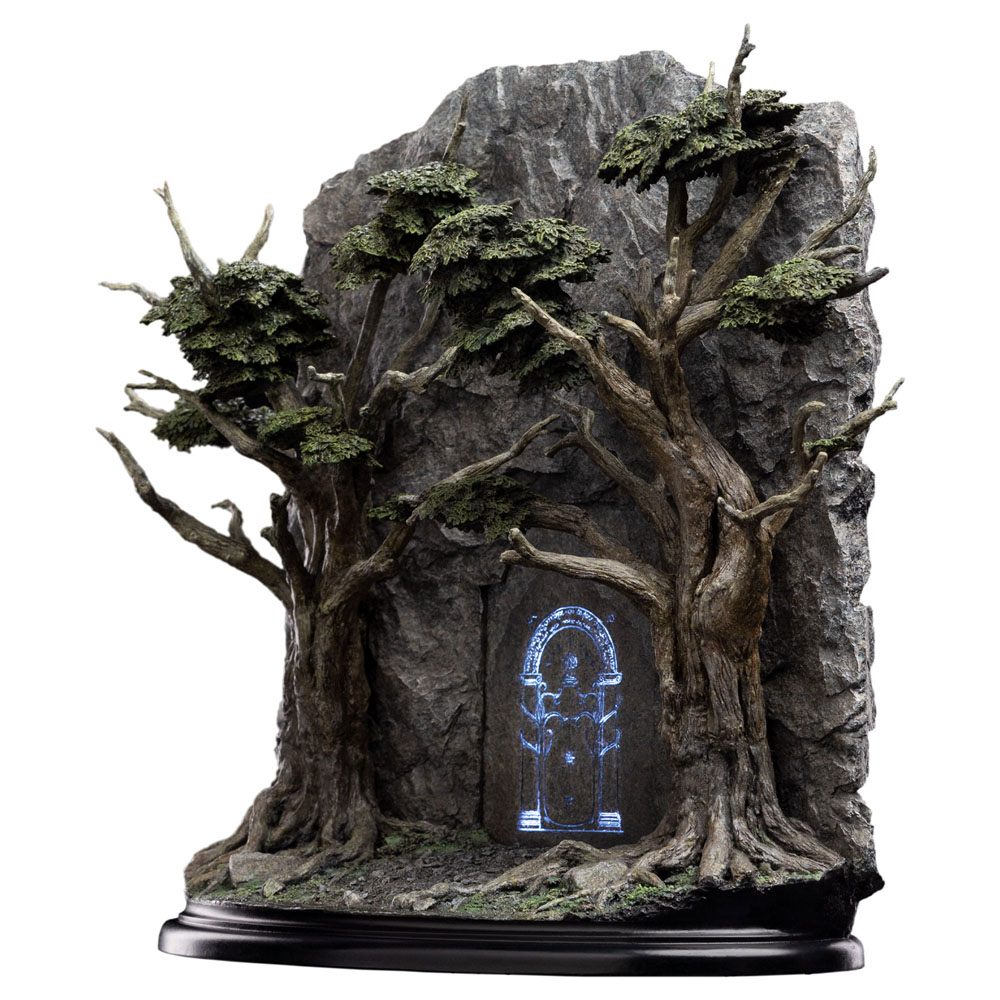 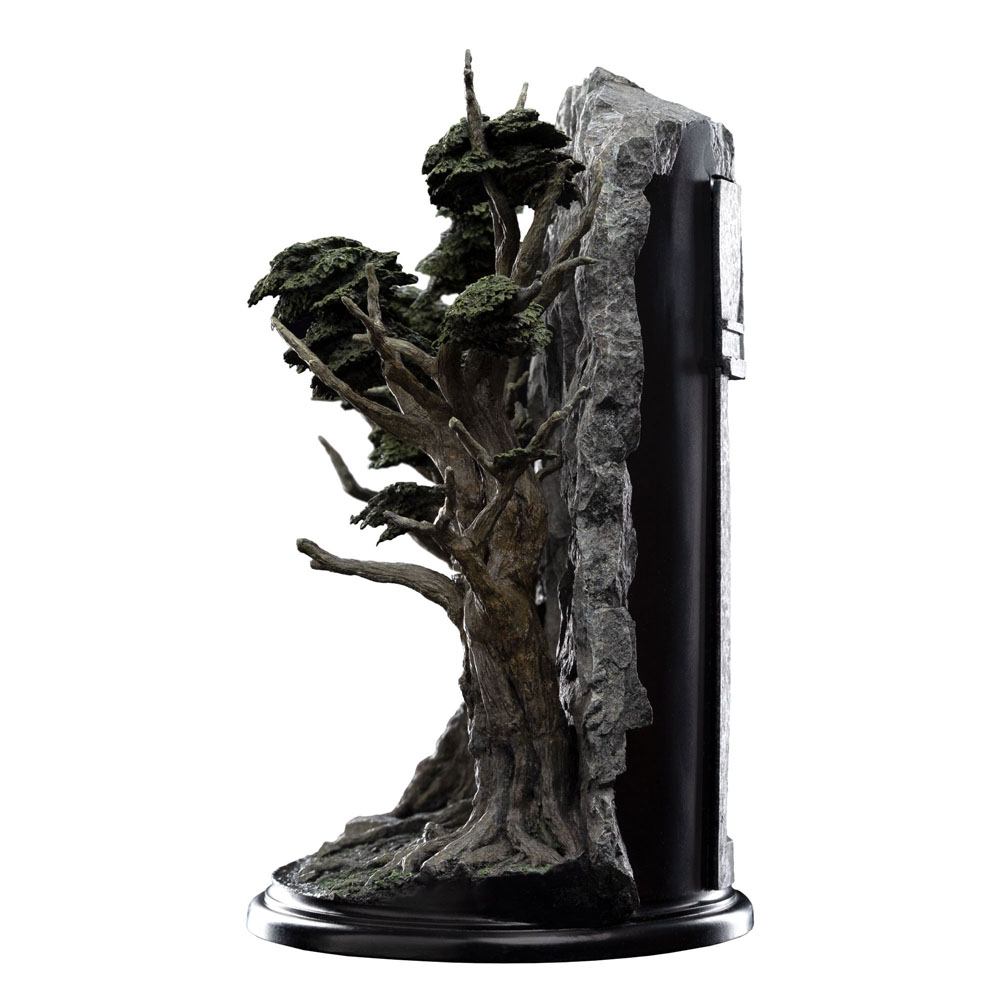 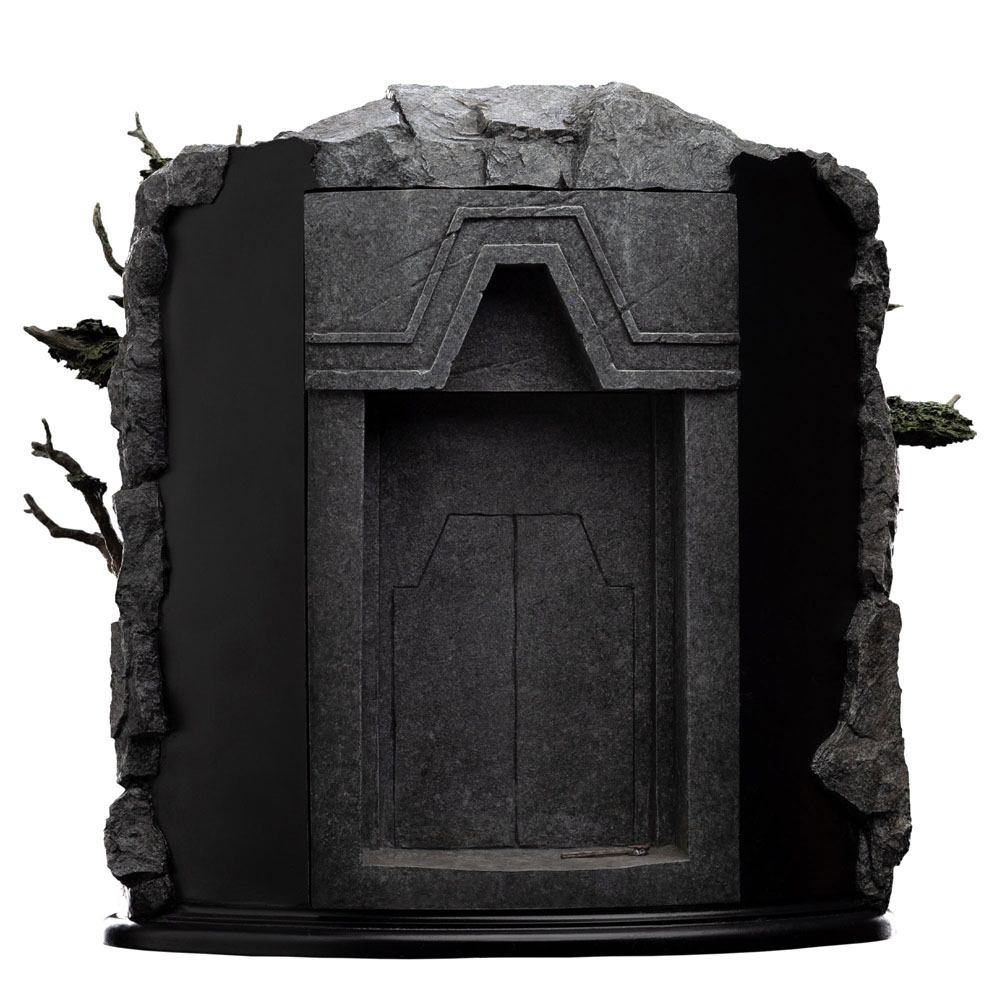 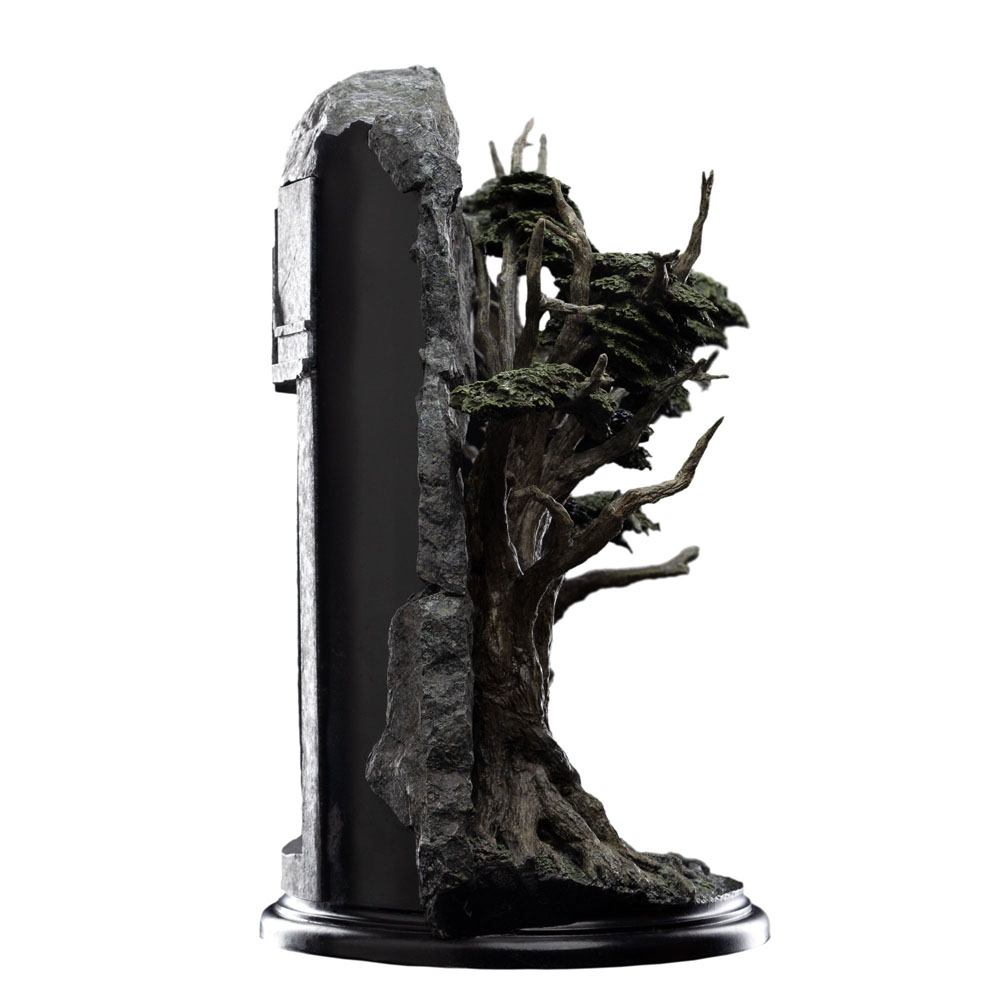 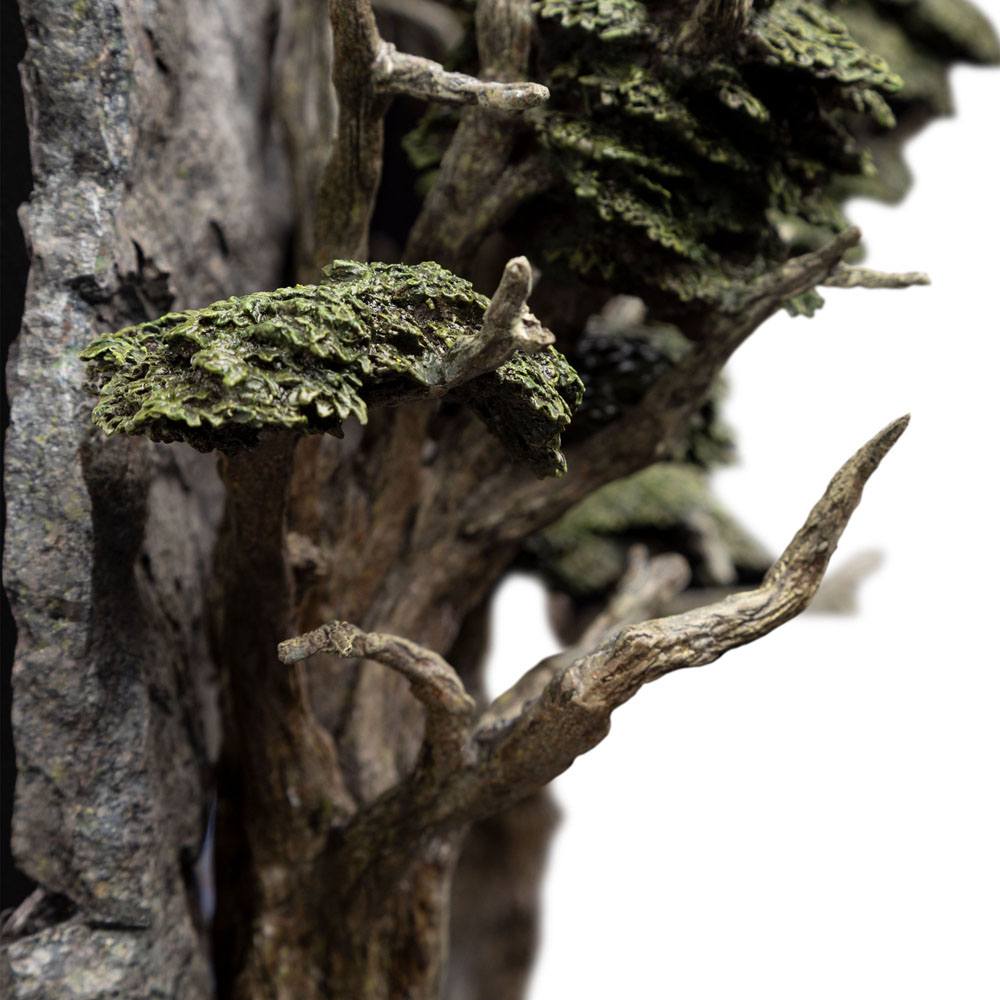 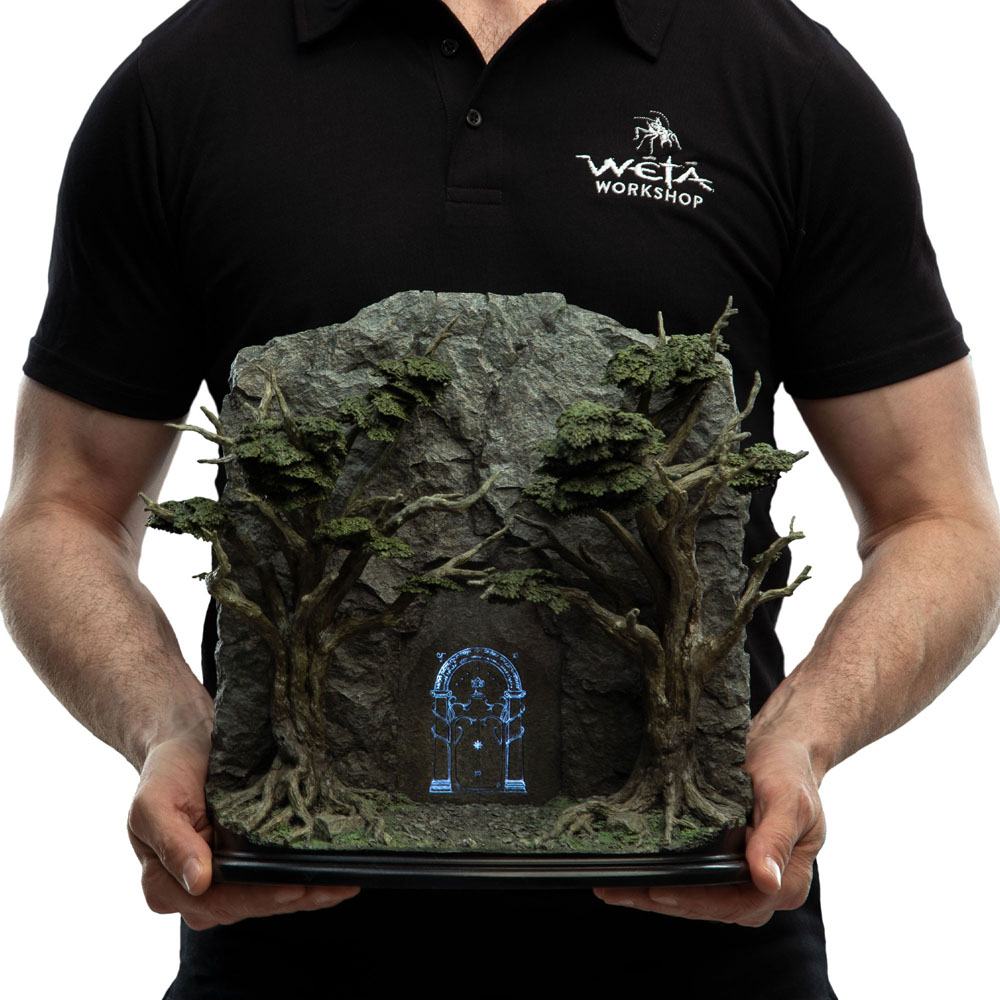 LORD of the RINGS: the DOOR of DURIN ENVIRONMENT STATUE 29 cm WETA

LORD of the RINGS: the DOOR of DURIN ENVIRONMENT STATUE 29 cm WETA

Khazad-dûm was the greatest of the Dwarf Kingdoms of old. A vast labyrinth of halls and passages cut deep into the Misty Mountains, it contained the city of Dwarrowdelf, home of the Longbeards: Durin’s folk. For thousands of years Khazad-dûm remained the seat of Dwarven power in Middle-earth, and for as long as Dwarves occupied its chambers work continued ceaselessly. Following rich veins of Mithril silver, that most valued of metals, the Dwarves tunnelled ever deeper.

In times of wealth and peace the western entrance to Khazad-dûm stood open. Commerce thrived between Durin’s people and the neighbouring Elves. The doors themselves were a symbol of friendship between the two, wrought as they were by both Dwarven and Elven hands. Mithril mined within was spun with magic into ithildin letters and iconography that shone only in the light of the moon or stars. Upon their sheer surfaces were inlaid the initials of their makers, the king, and the riddling inscription ‘Speak friend and enter’.

While the Dwarves enjoyed many long years of tranquil prosperity, the day finally came when war and death invaded Khazad-dûm and the Doors of Durin were sealed. By the waning years of the Third Age of Middle-earth, no Dwarf dared cross the threshold into the once proud empire of their people. Moria it was called, the Black Pit, home to Orcs and things far worse.

So, it was when the Fellowship came to the Cliffs of Celebdil that they found the Doors closed and surrounded by decay. Even the once beautiful holly trees flanking the entranceway were deathly and pale, their roots drowned by a sickly black pool gathered before the gate. From beneath the murk, unfriendly eyes watched the companions as they paused and sought a way within.