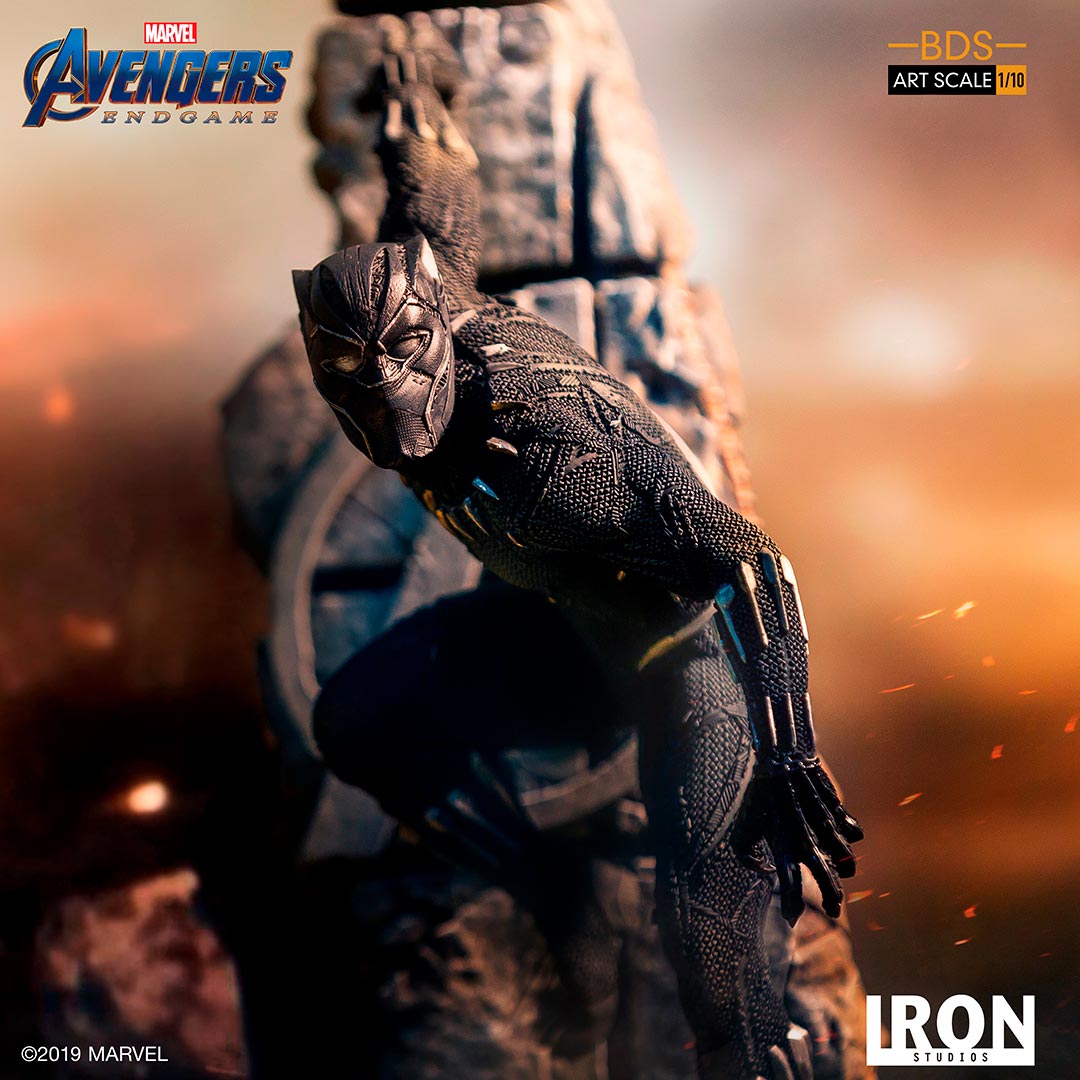 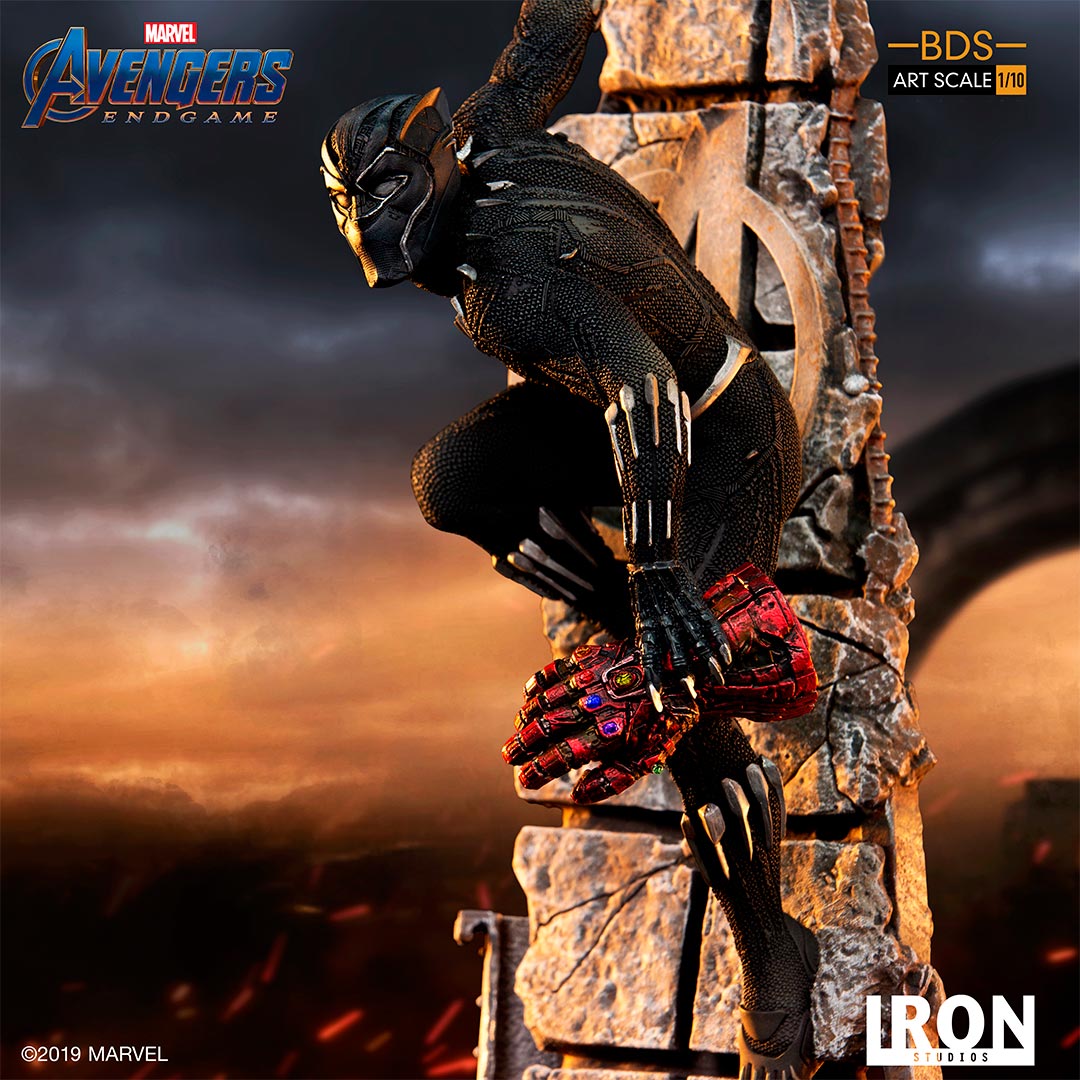 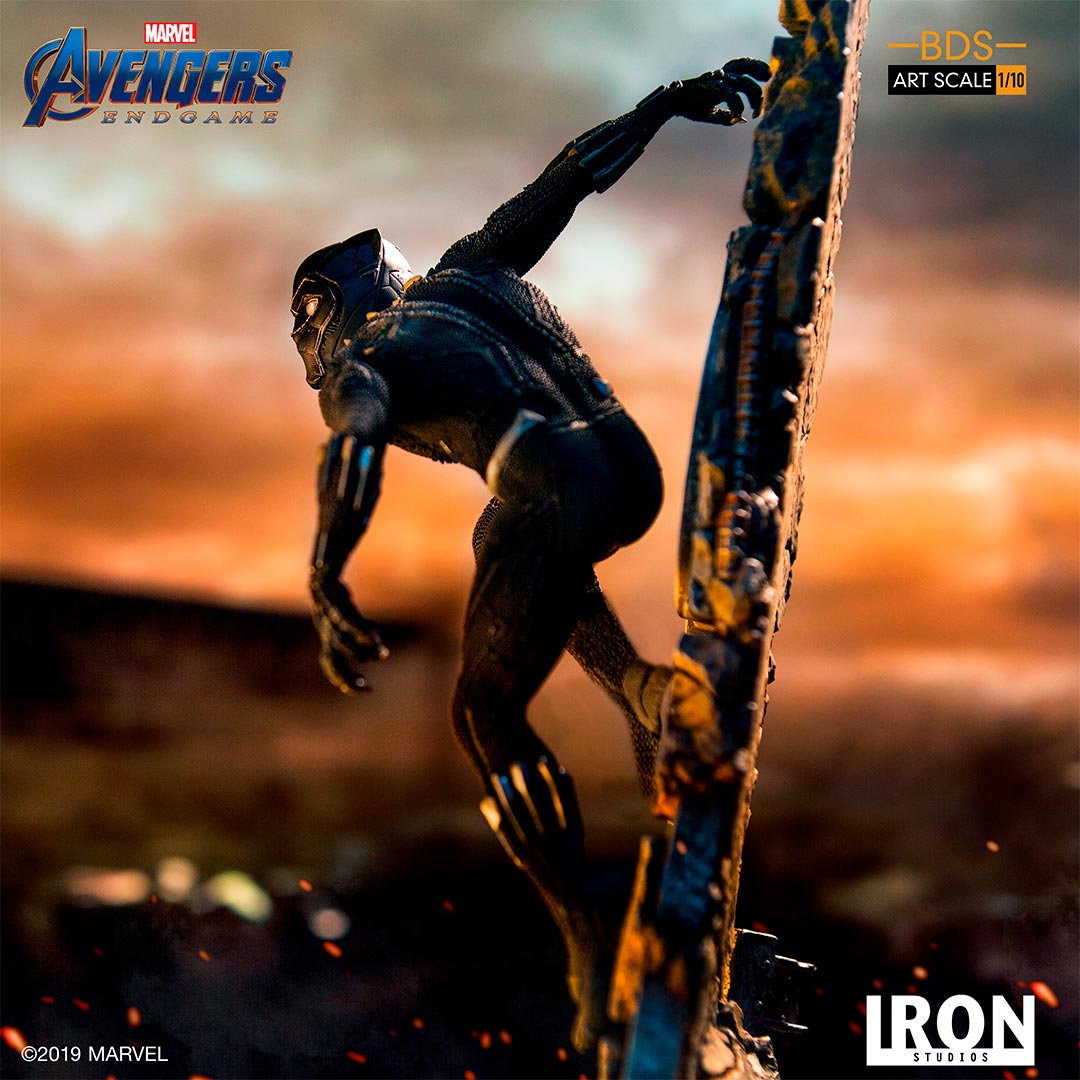 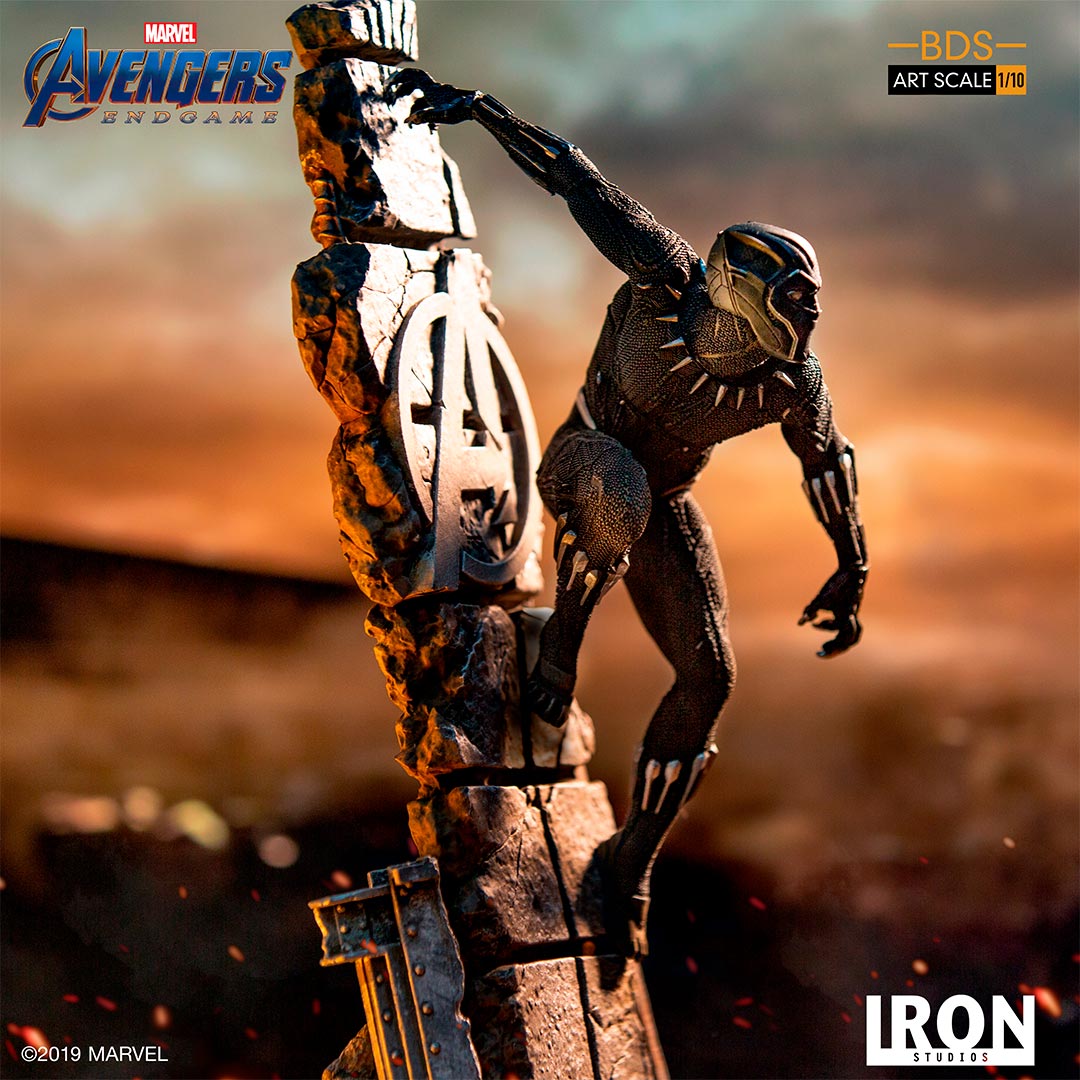 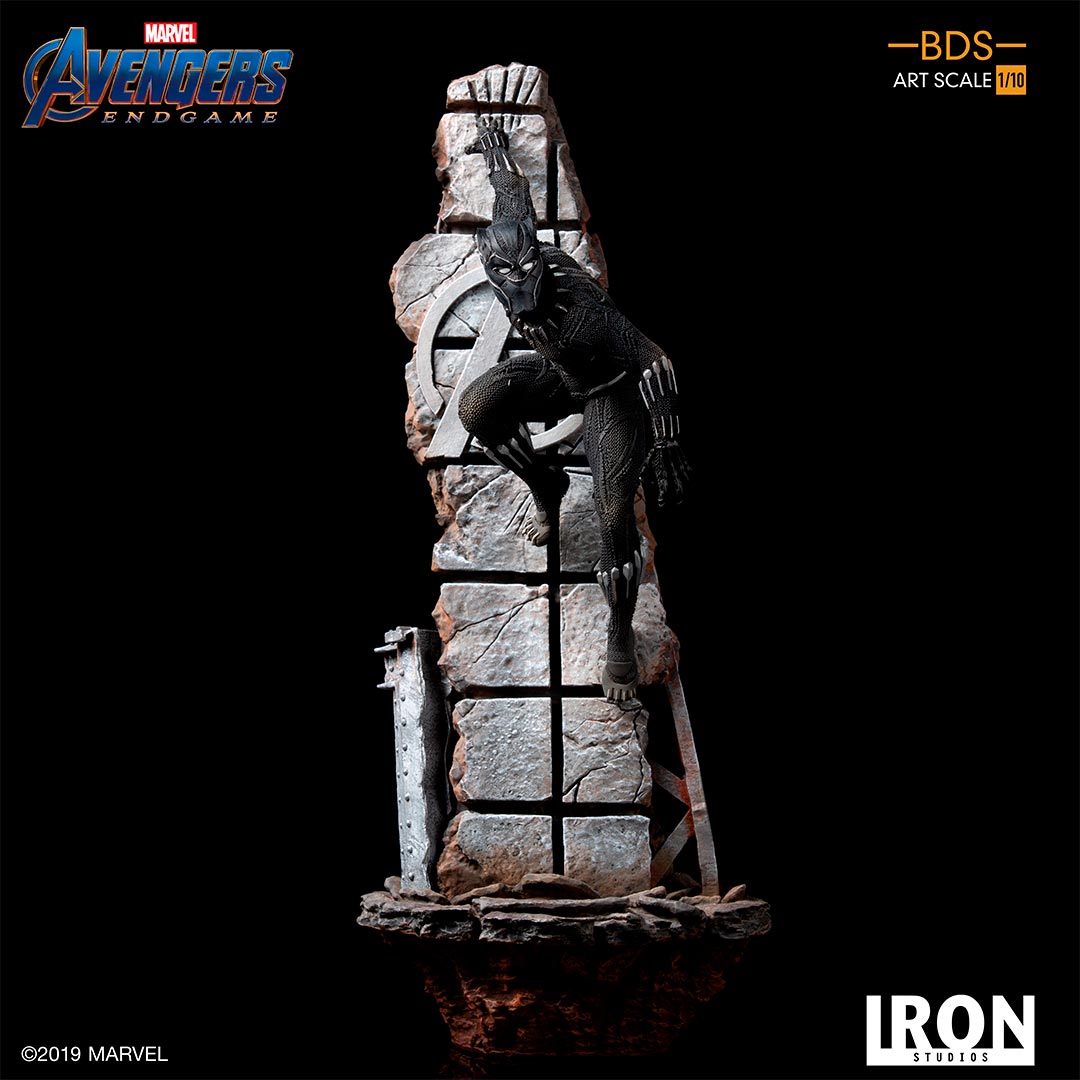 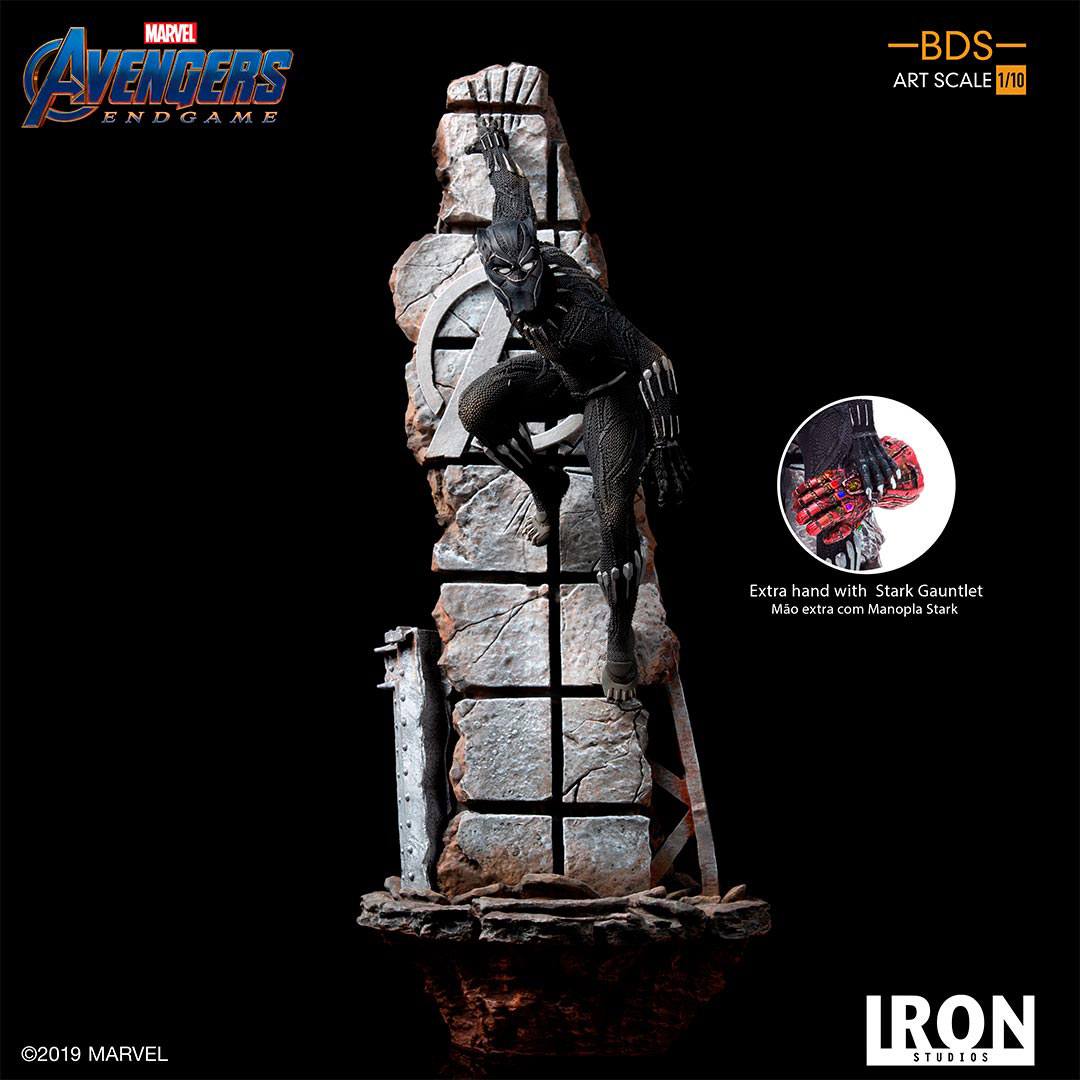 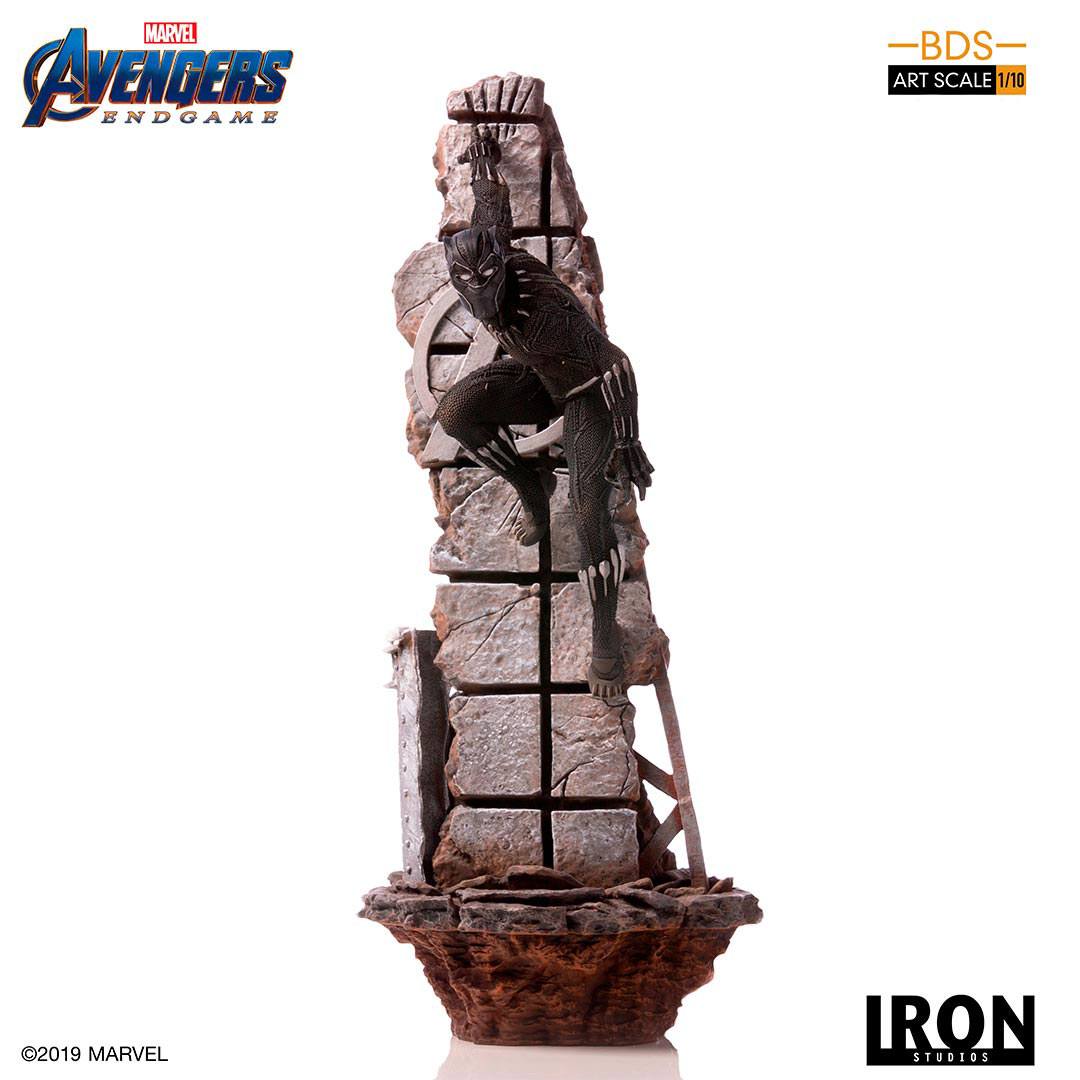 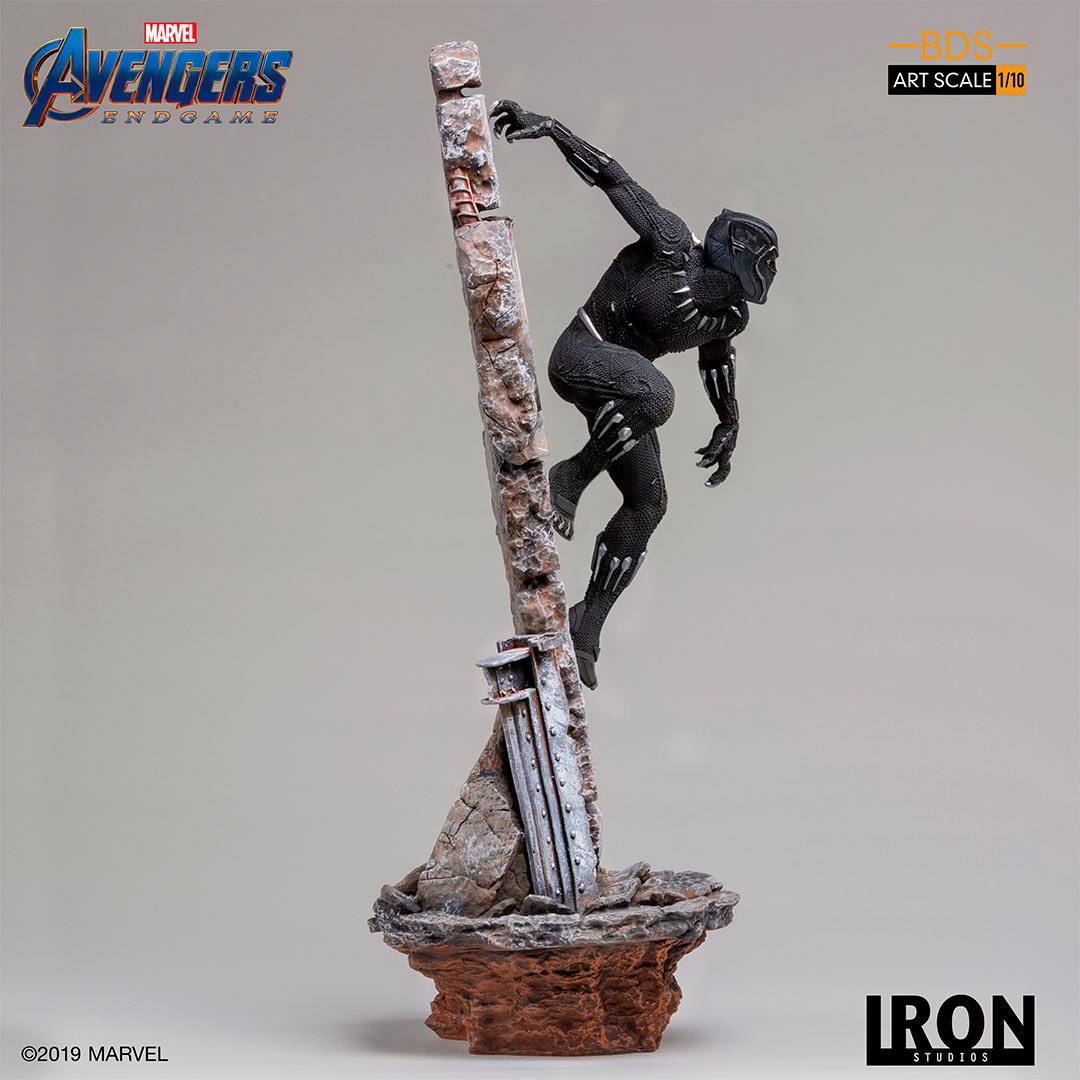 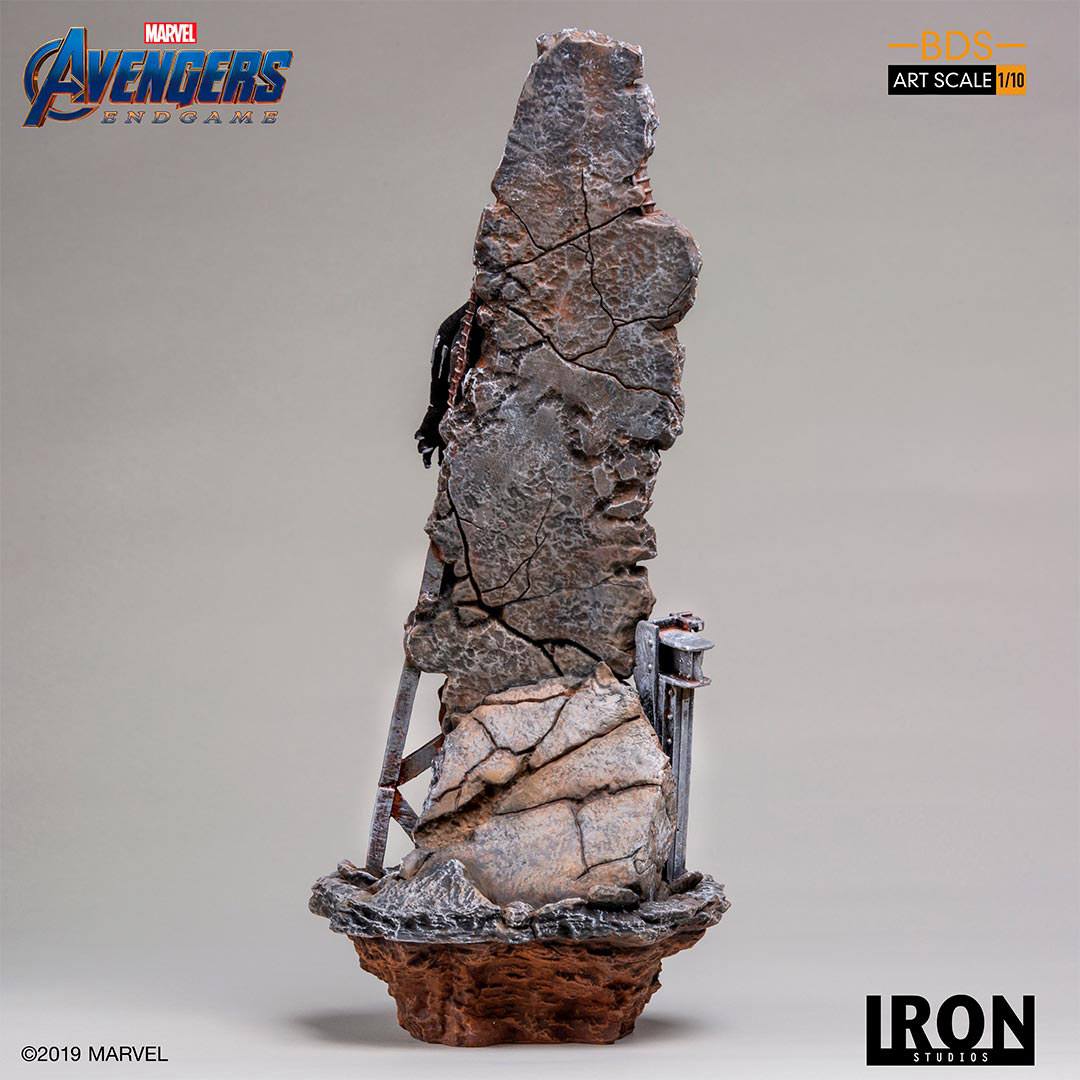 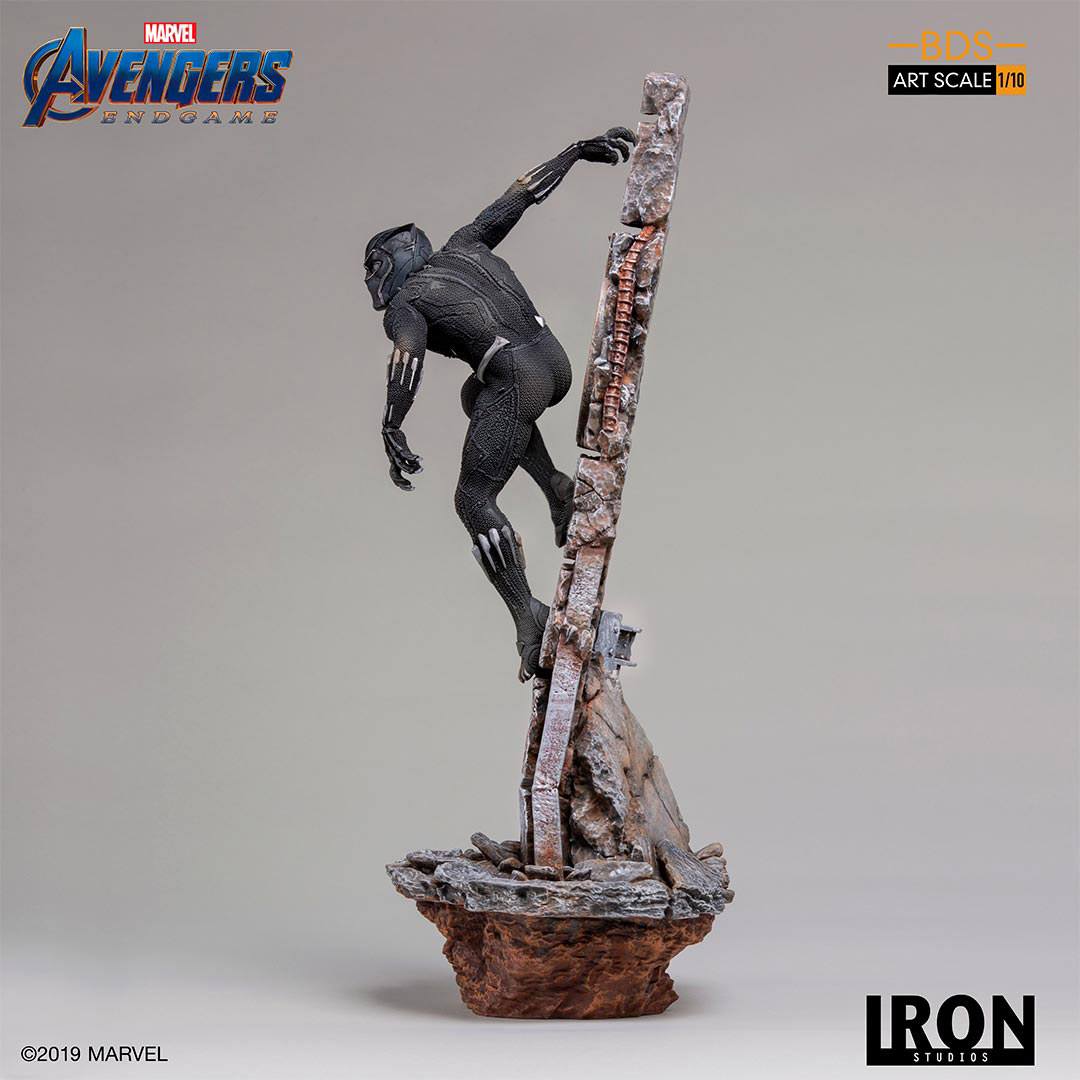 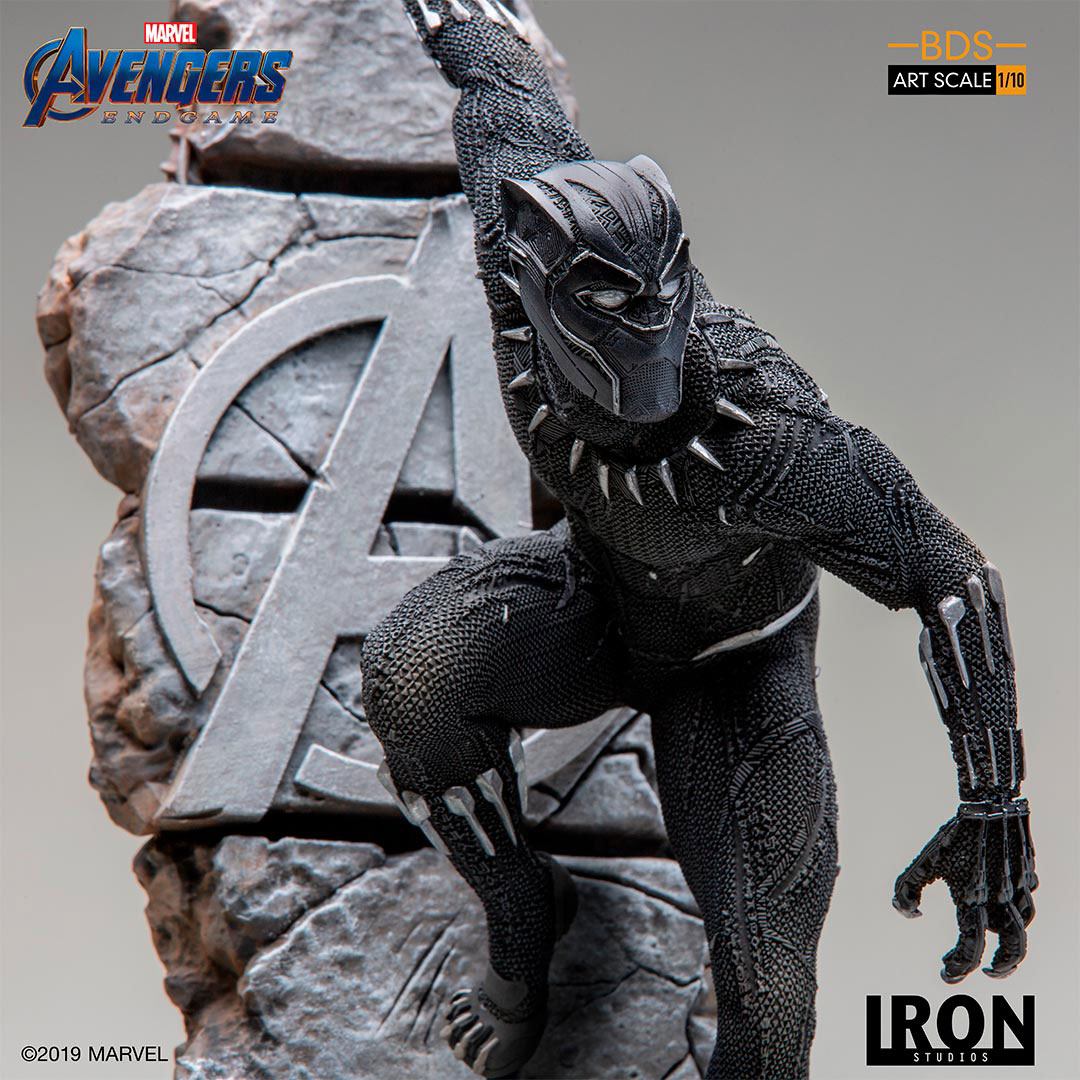 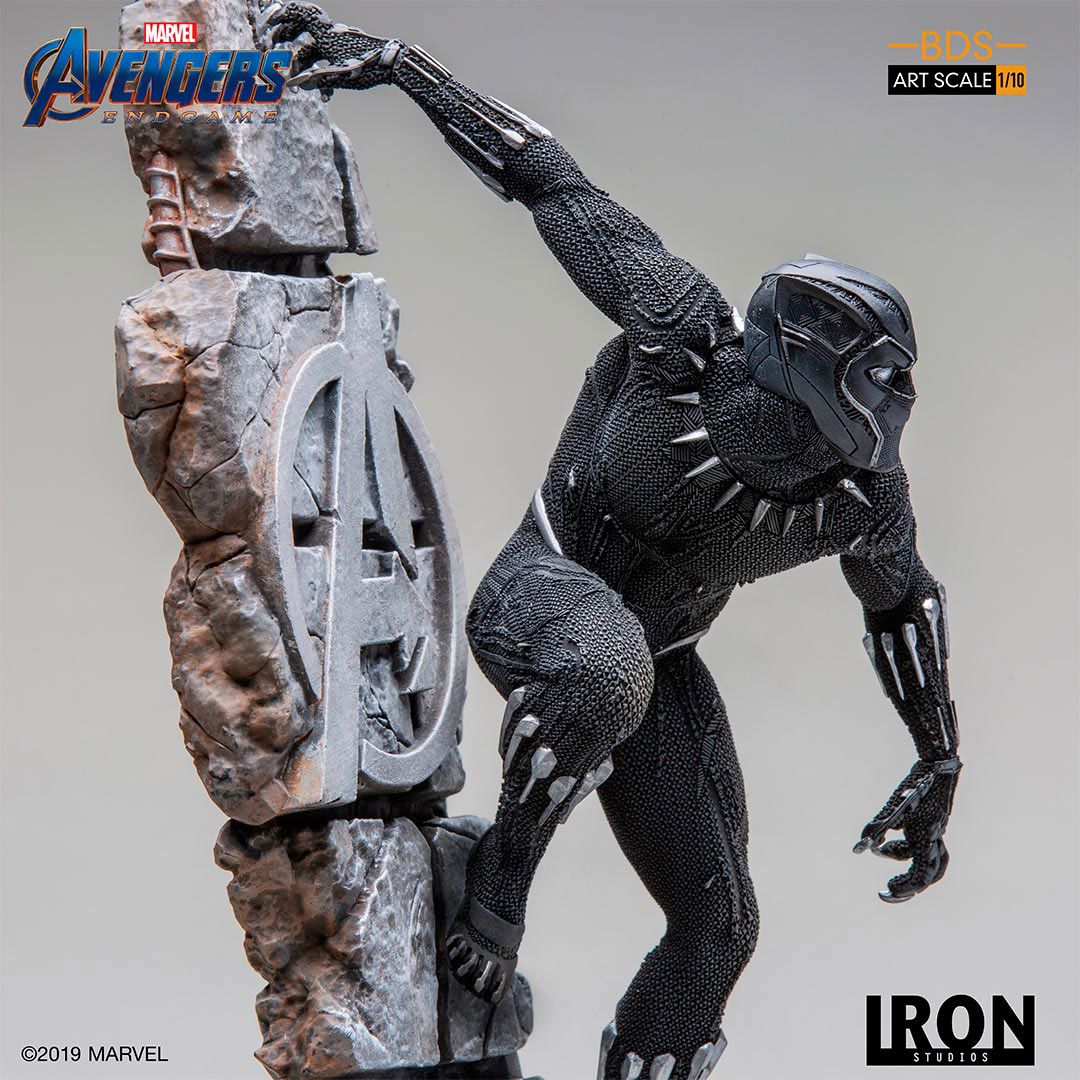 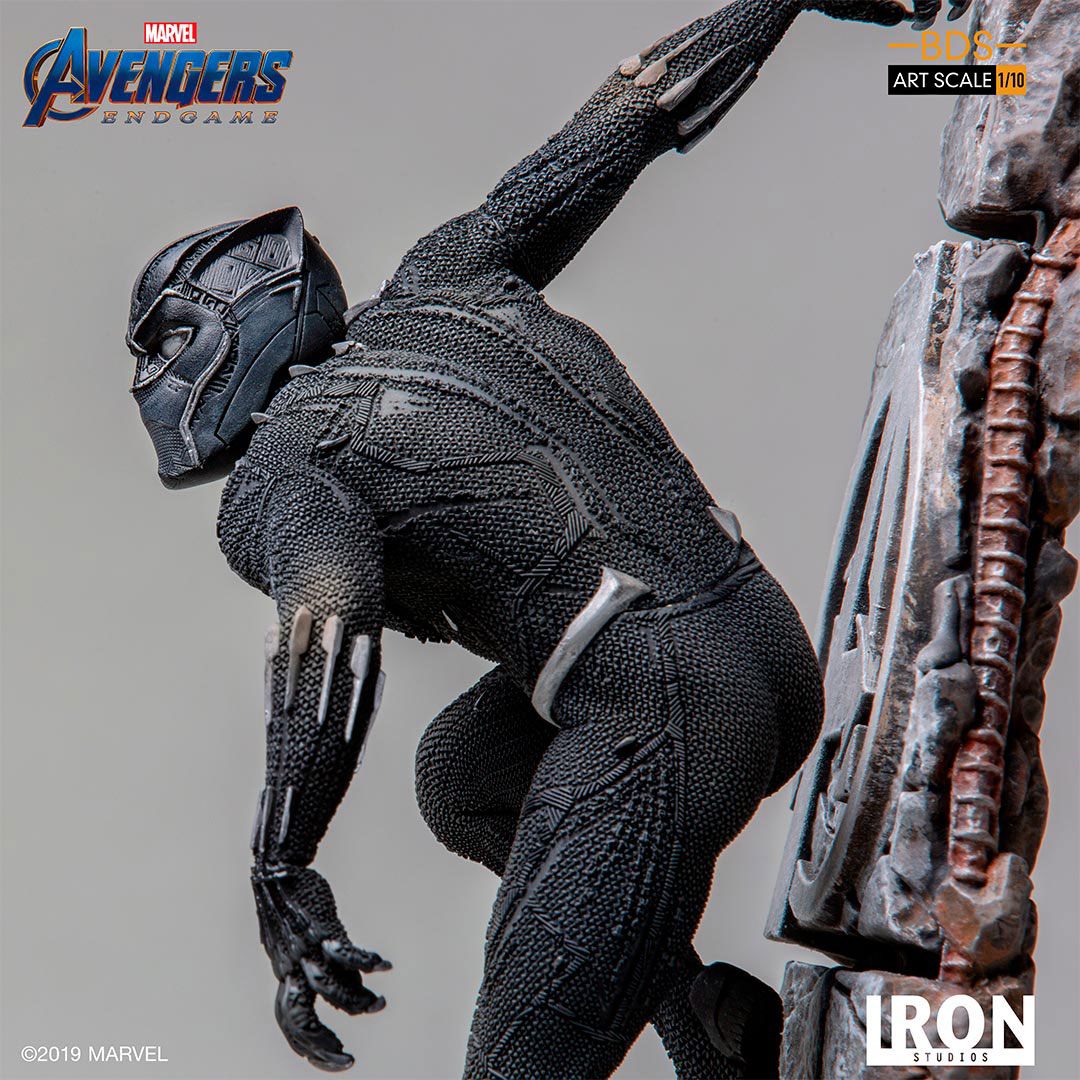 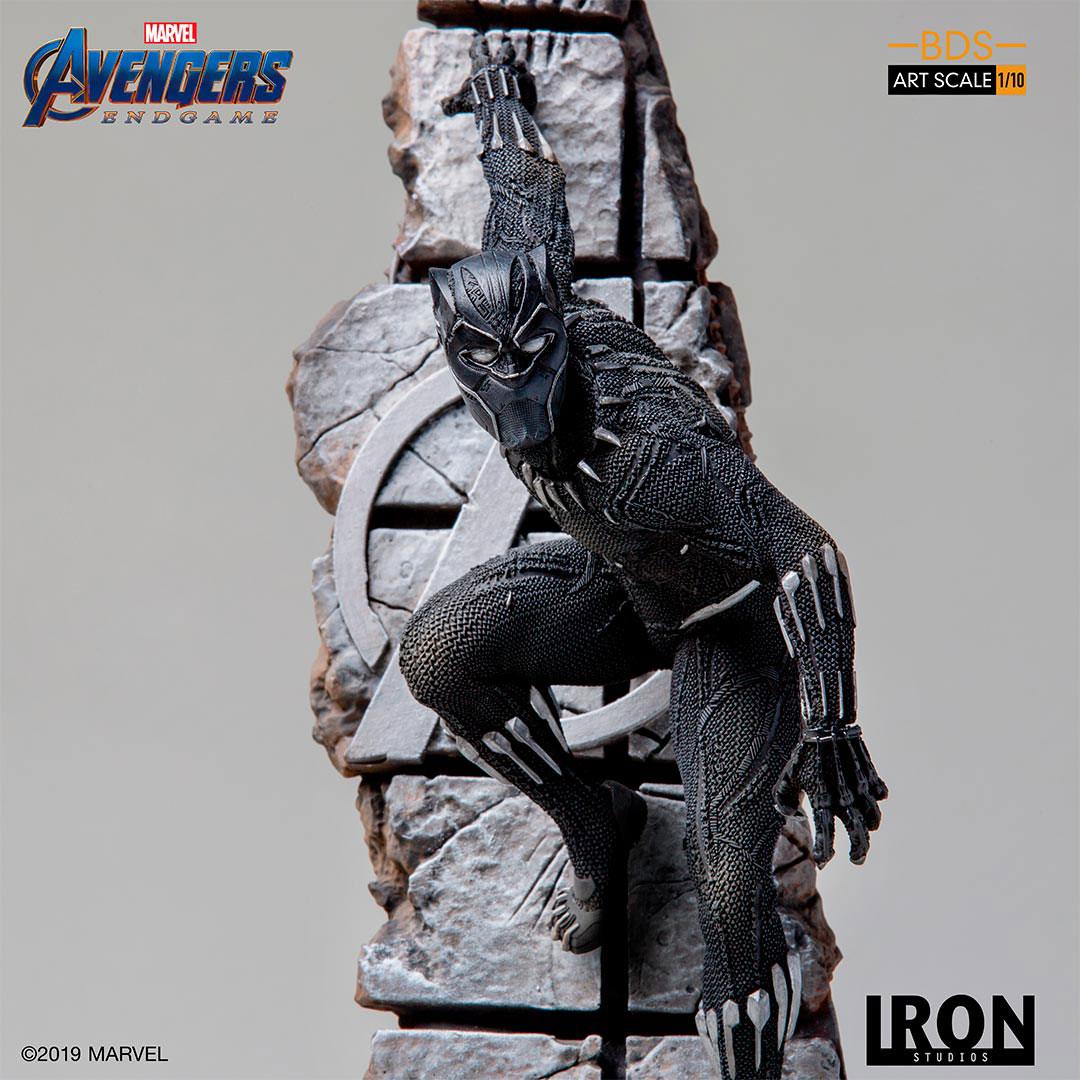 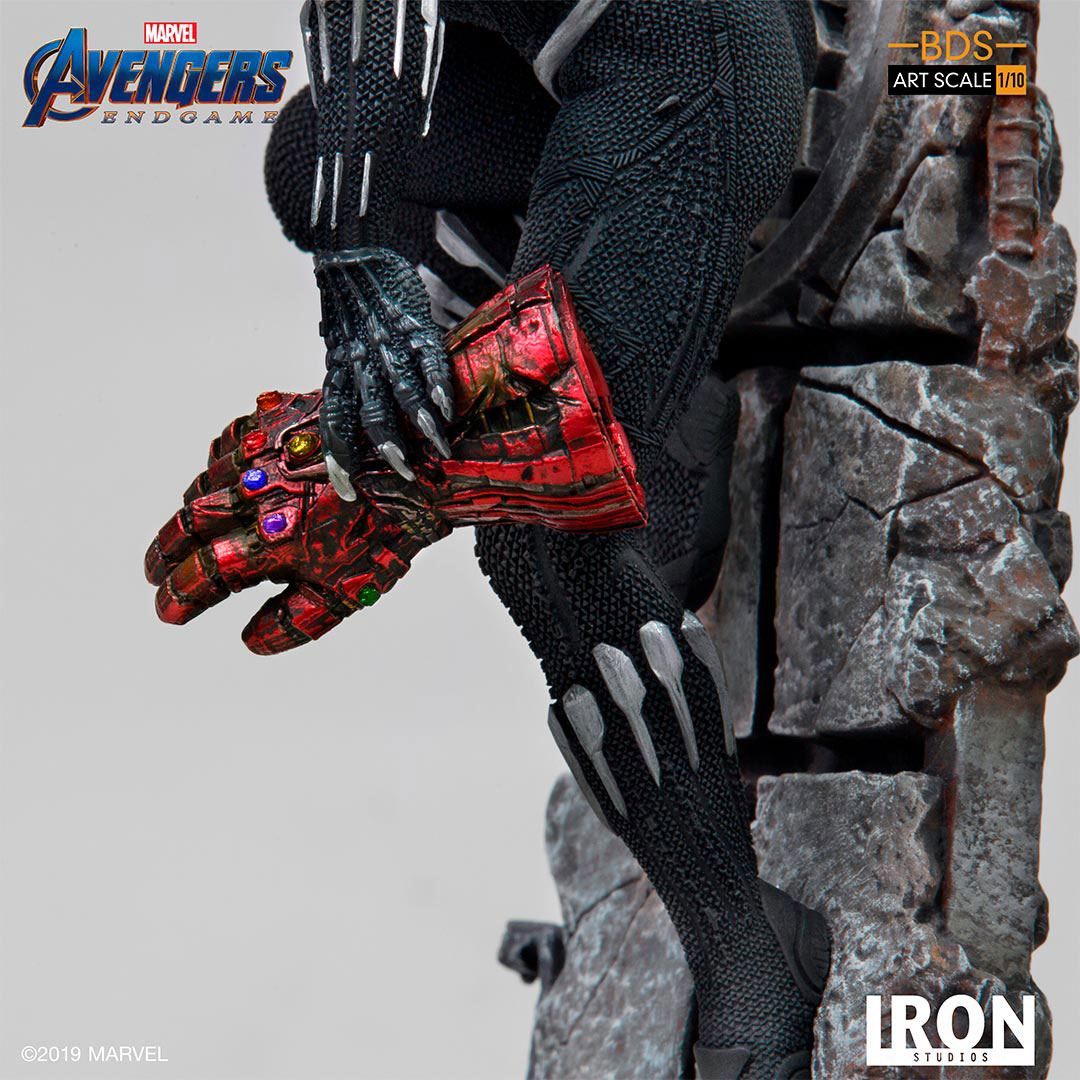 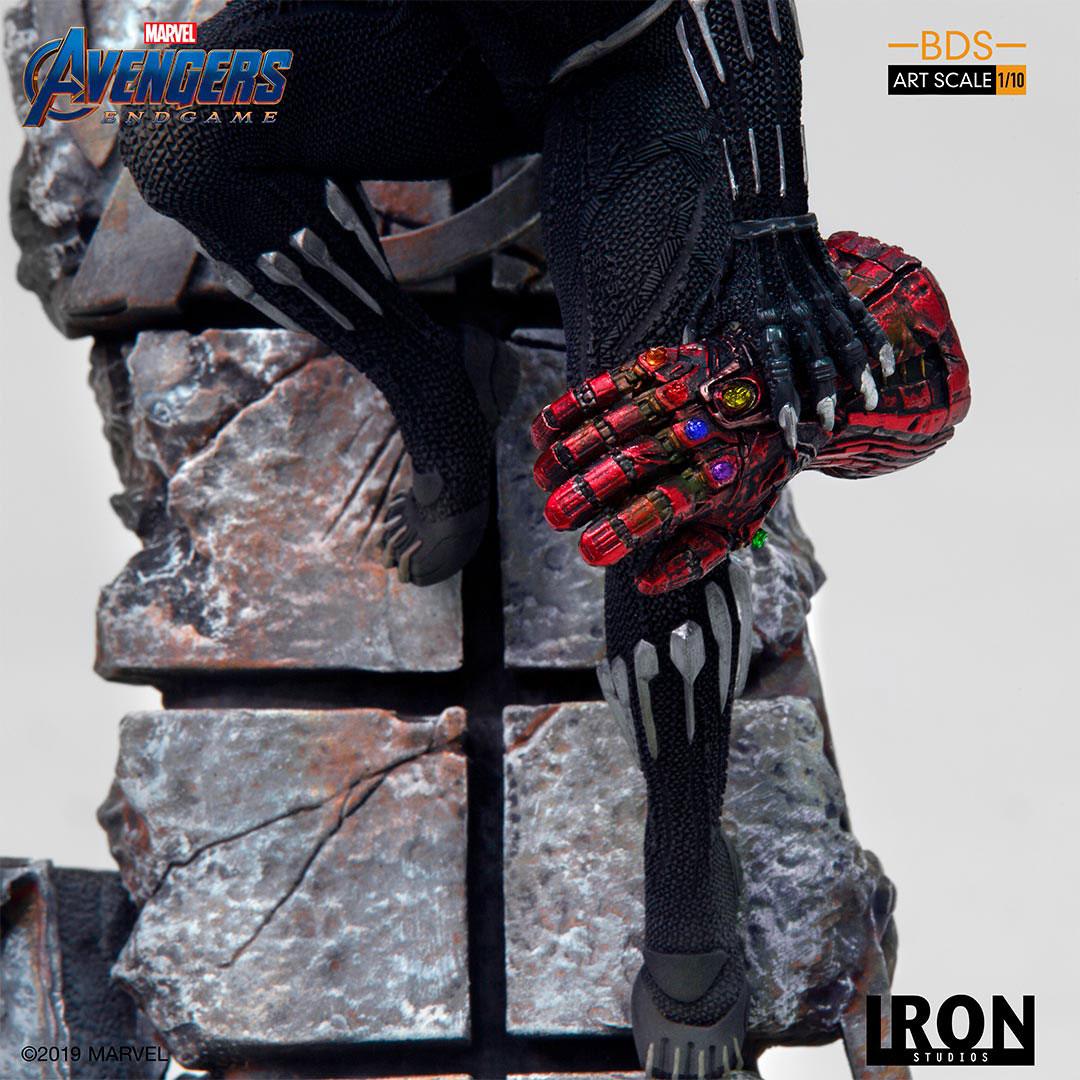 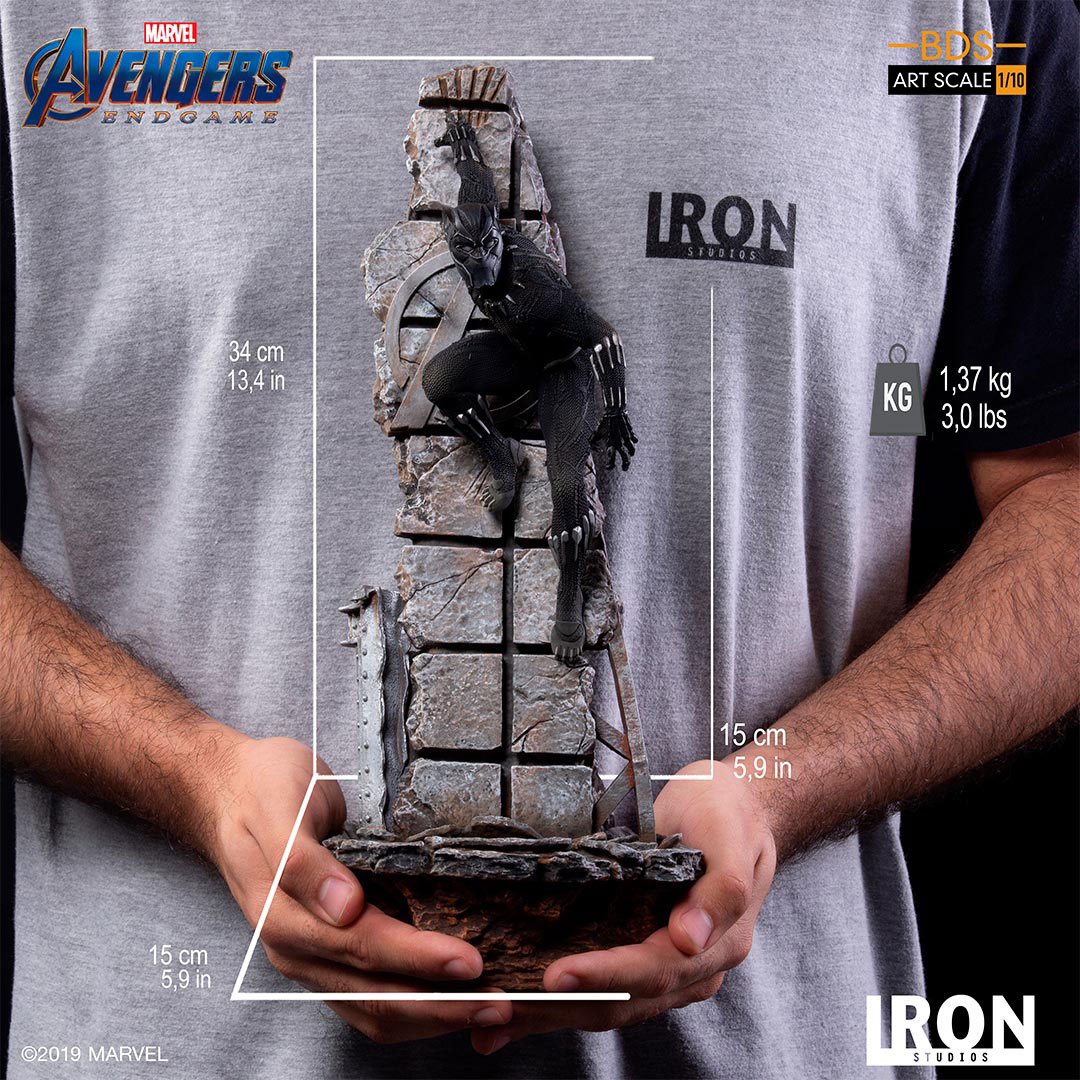 Black Panther is the prince T’Challa of Wakanda, a fictitious African kingdom, where the greatest wealth is the vibranium, a very special metal that is only found there.

After his father was killed he became king. T’Challa uses his intelligence and high technology along with vigor and superhuman powers to fight against evil.

In the Marvel Cinematic Universe Black Panther made his debut in Captain America: Civil War (2016) played by Chadwick Boseman.

Now in Avengers Endgame, after our heroes brought everybody back from the Snap, Black Panther helps to defend the universe from Thanos once again.

This special Black Panther 1:10 BDS Art Scale version comes with parts of the Avengers Headquarters as the base and also an interchangeble hand carrying Tony Stark‘s Gauntlet as we saw on the movie!

The Polystone statue stands approx. 34 cm tall and comes with matching diorama base.

– Limited edition
– Based on original movie references
– Made in polystone
– Hand painted
– Includes an extra left hand holding the Stark Gauntlet
– This statue is part of a battle diorama based on the Avengers: Endgame movie