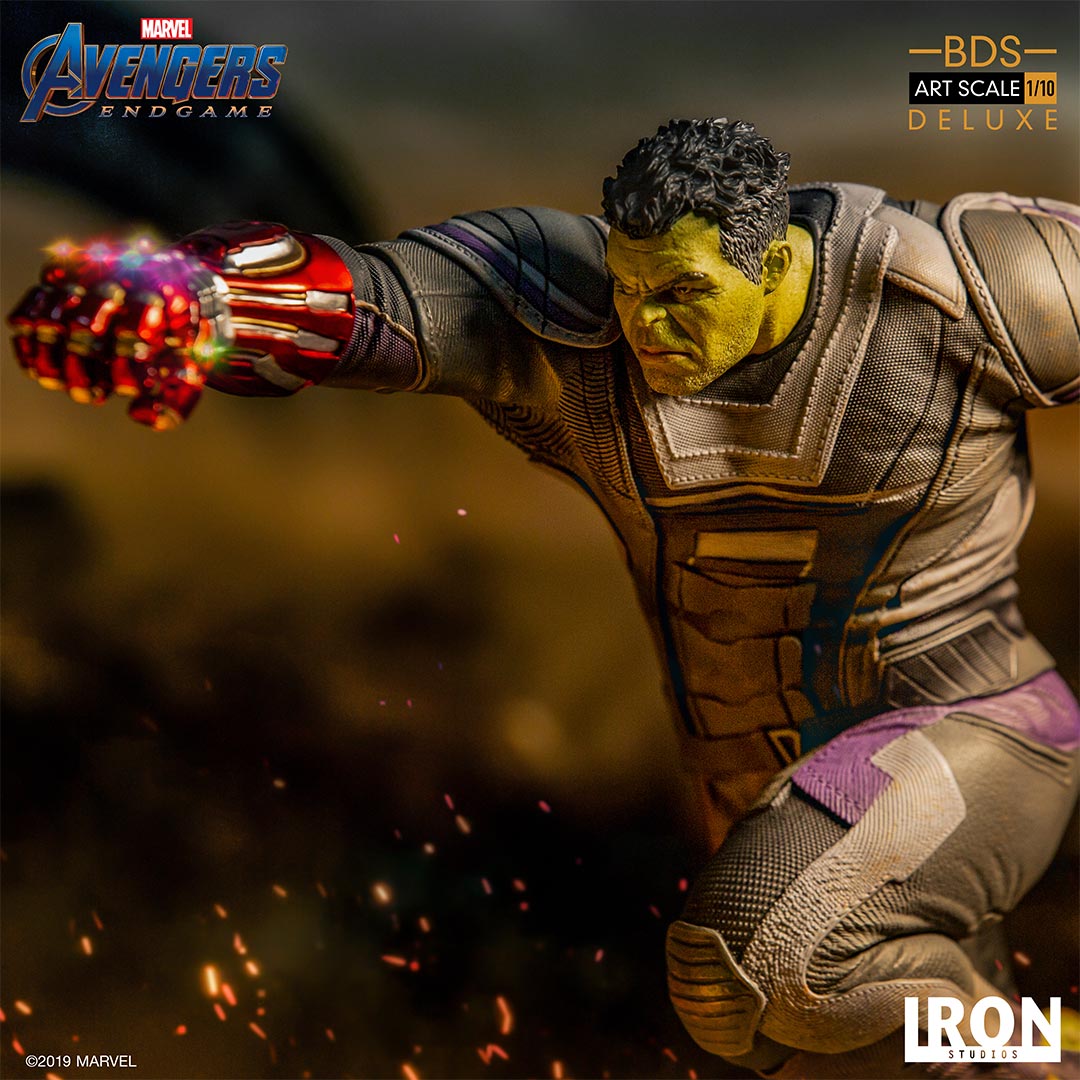 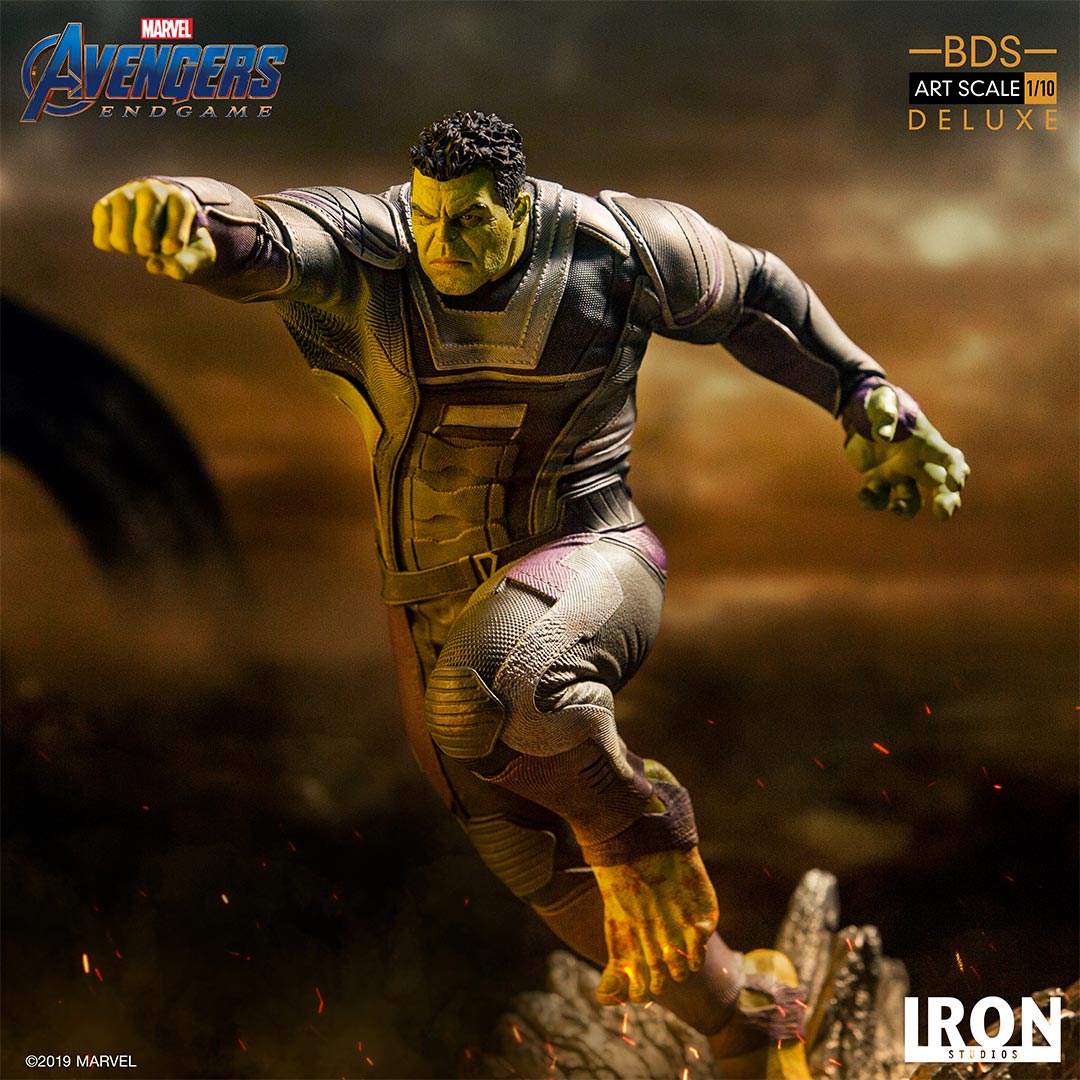 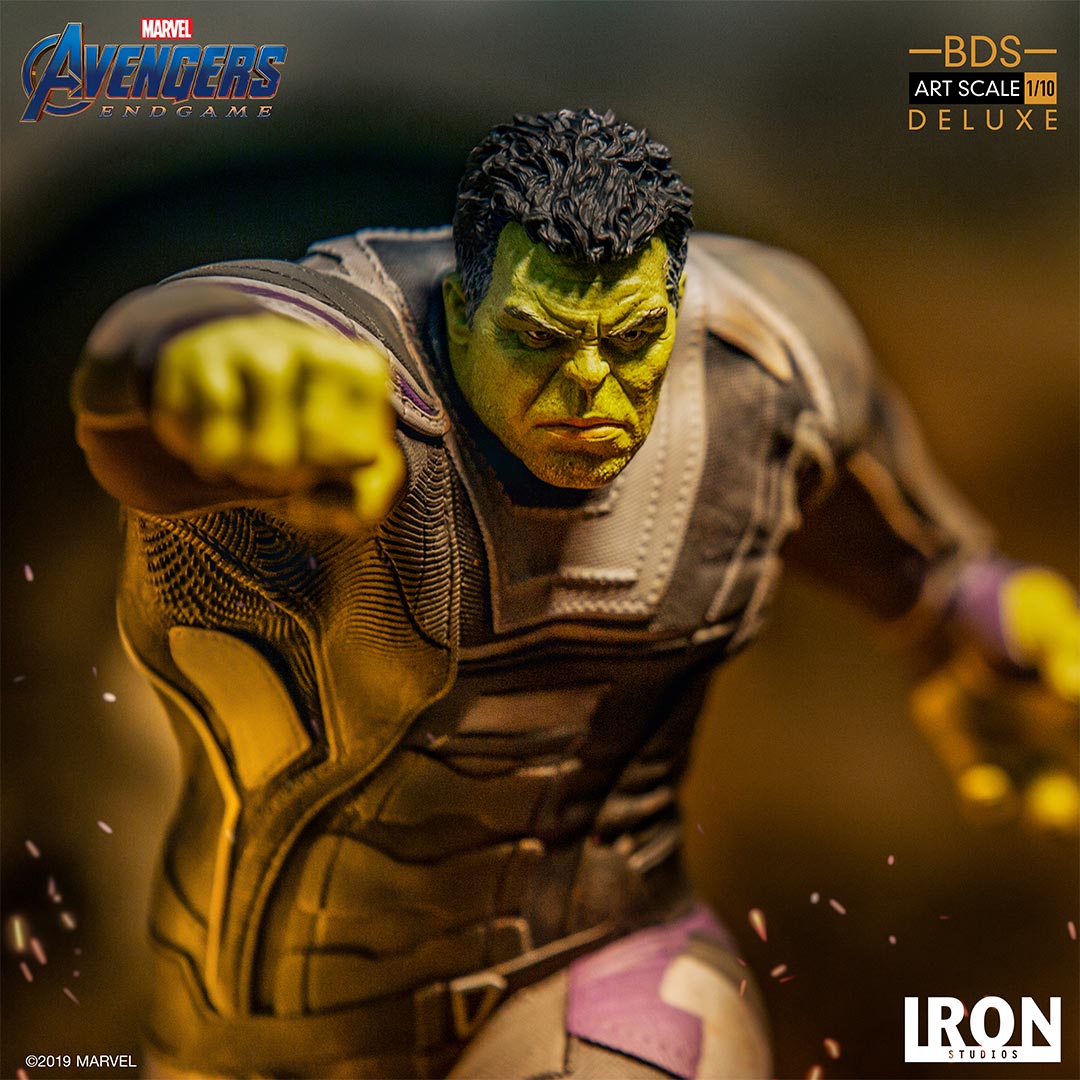 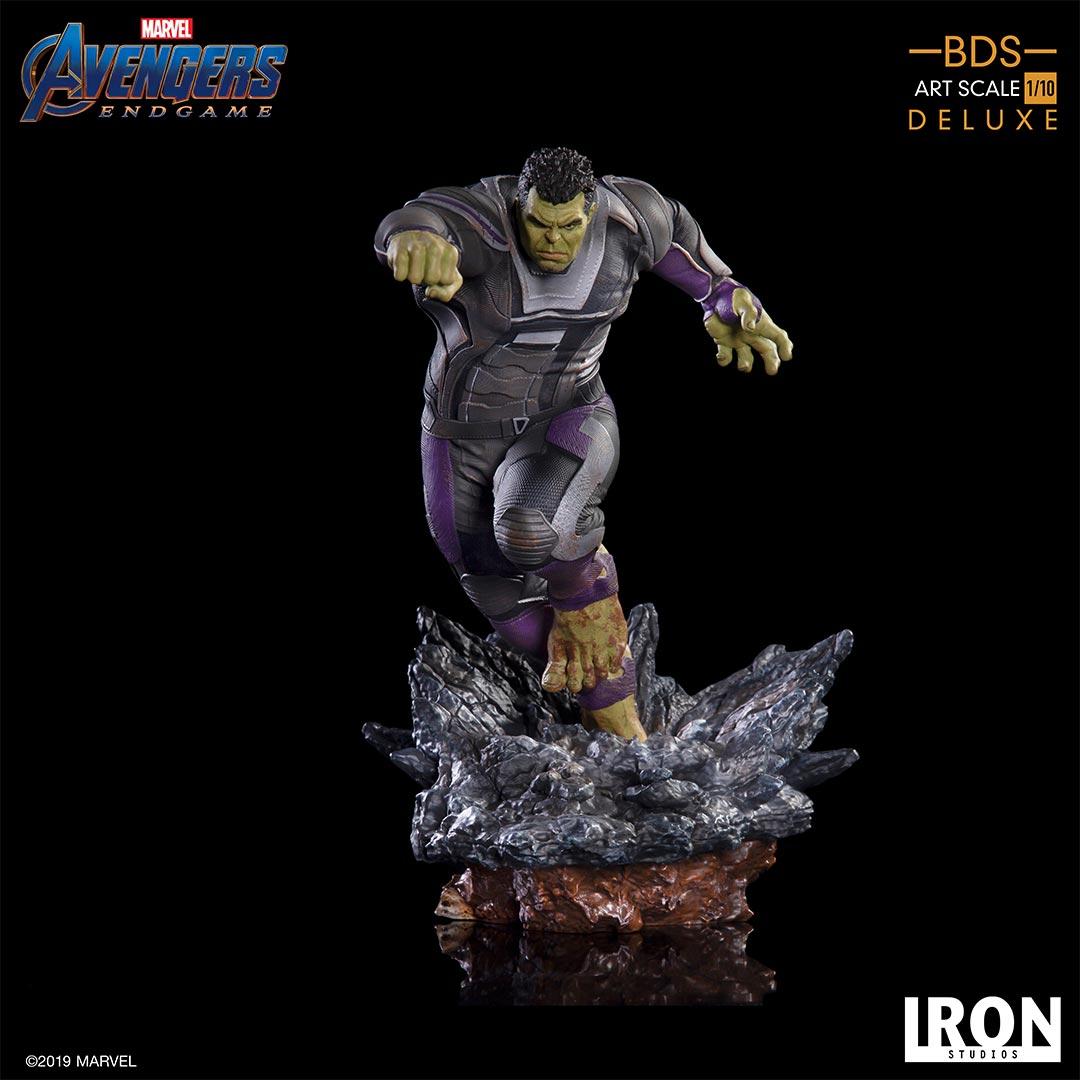 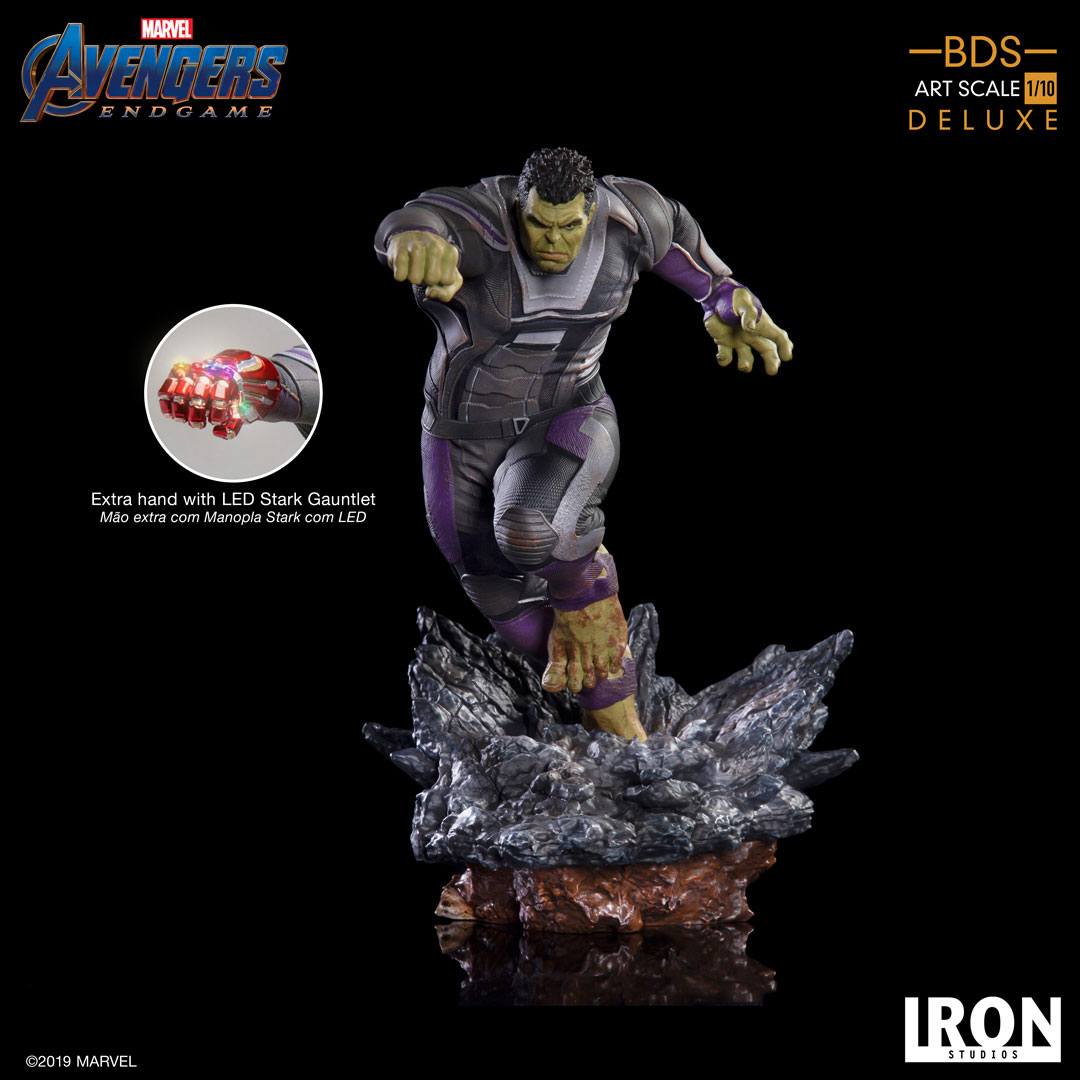 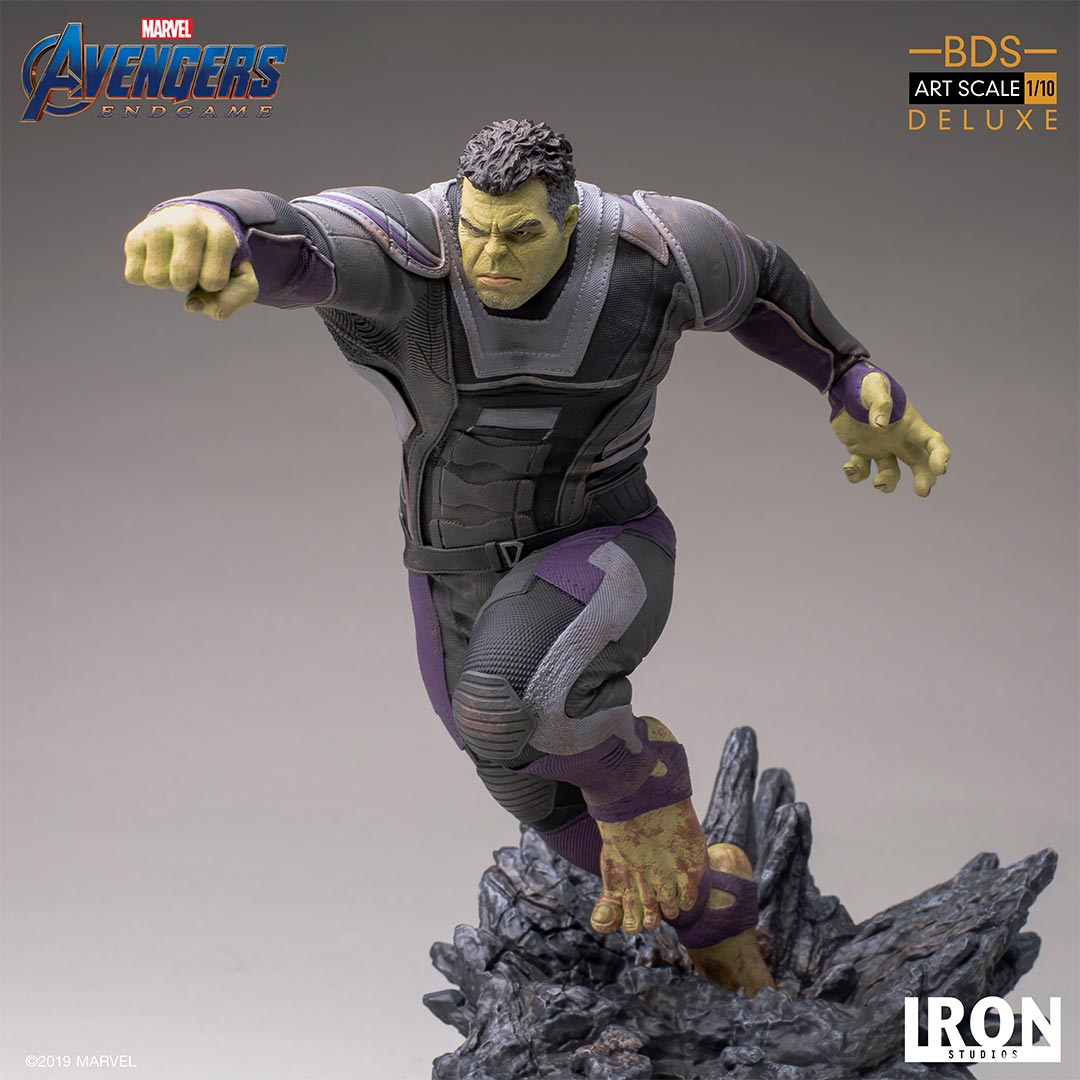 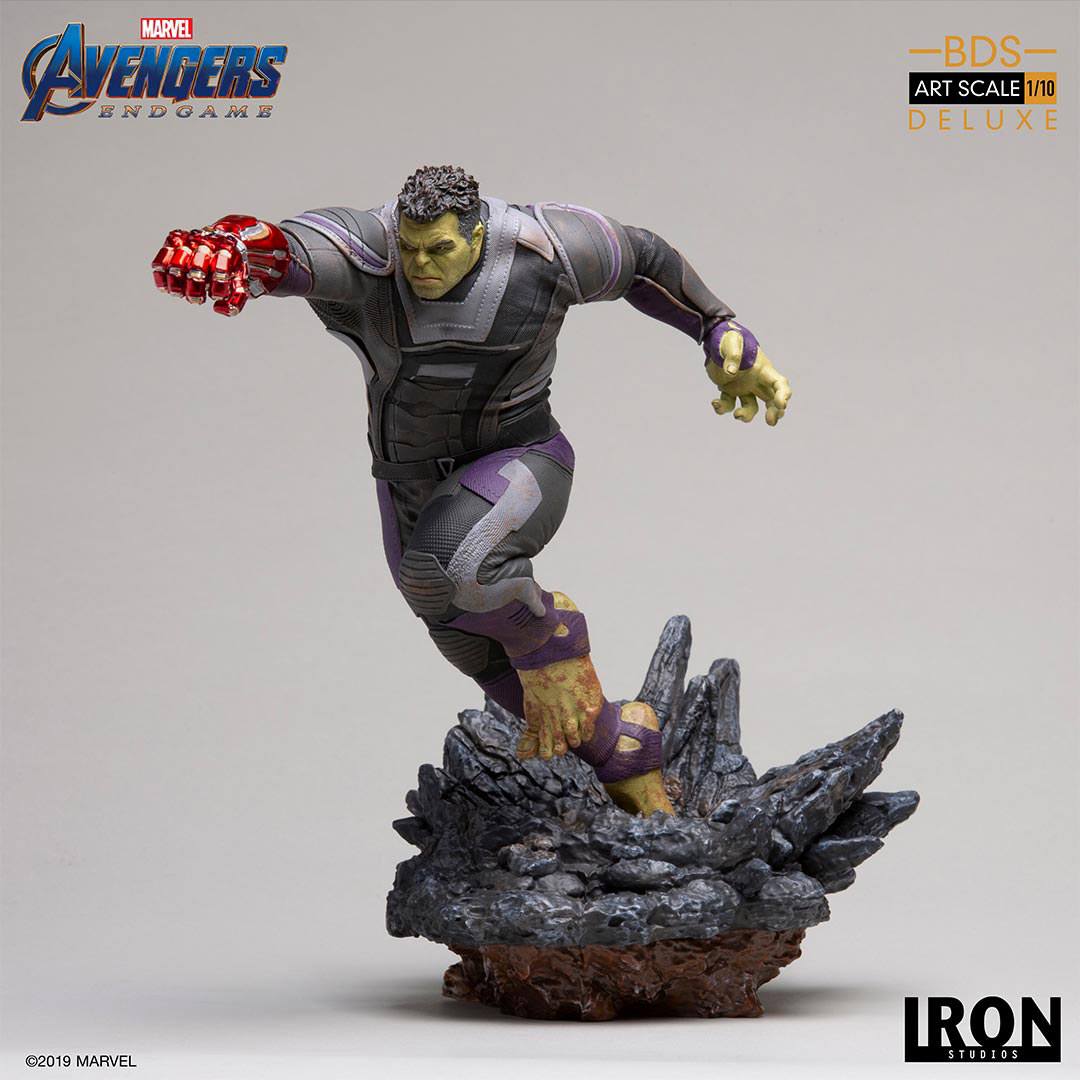 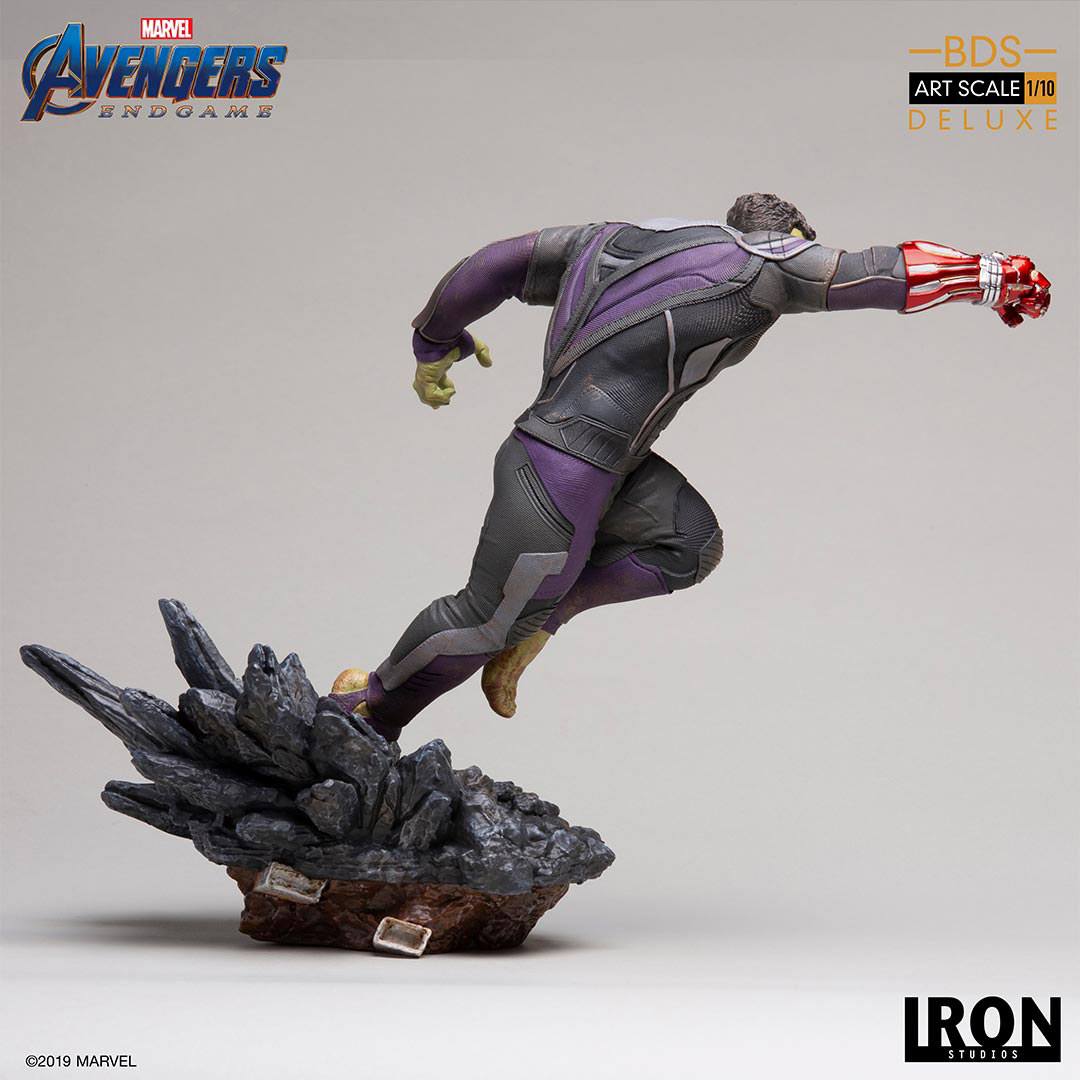 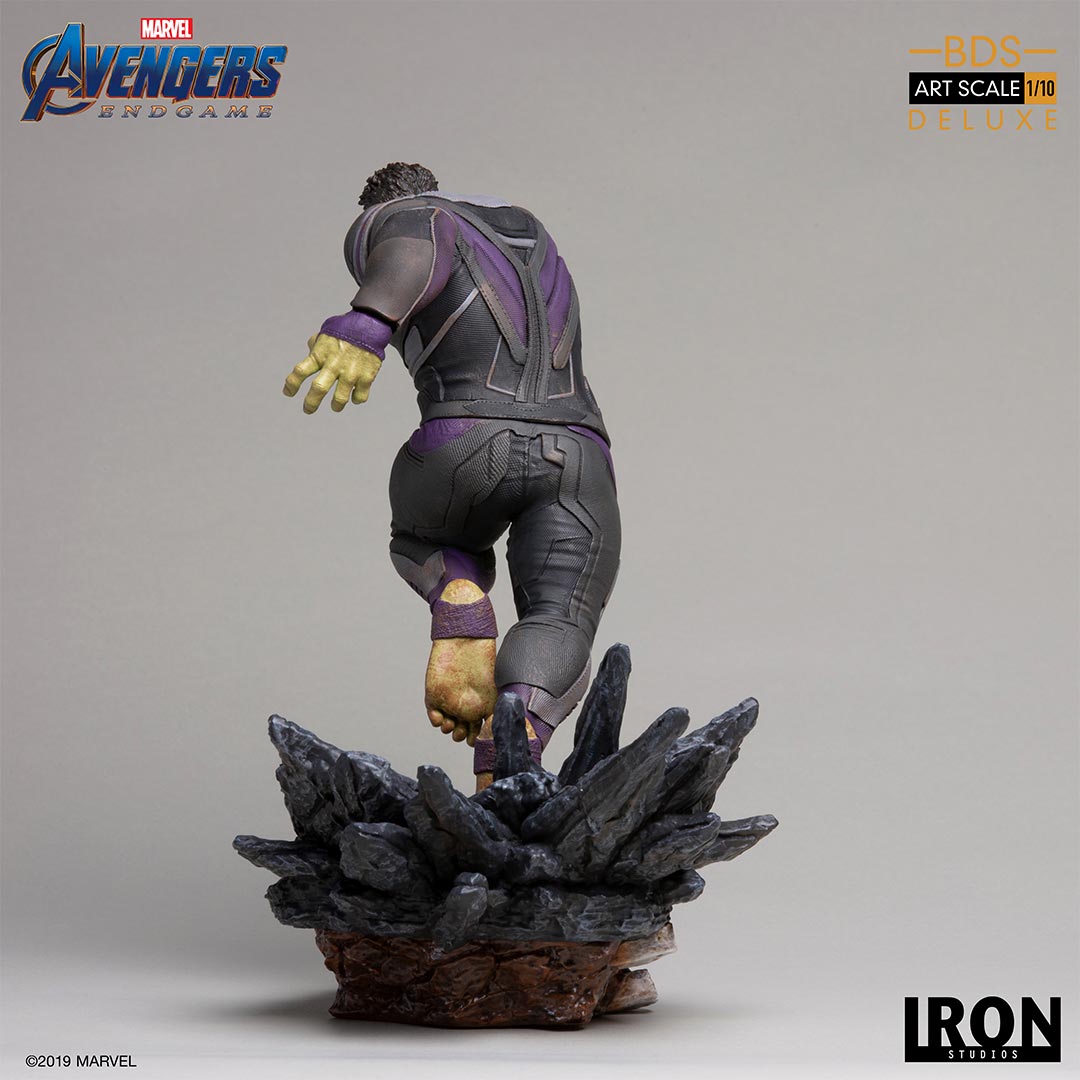 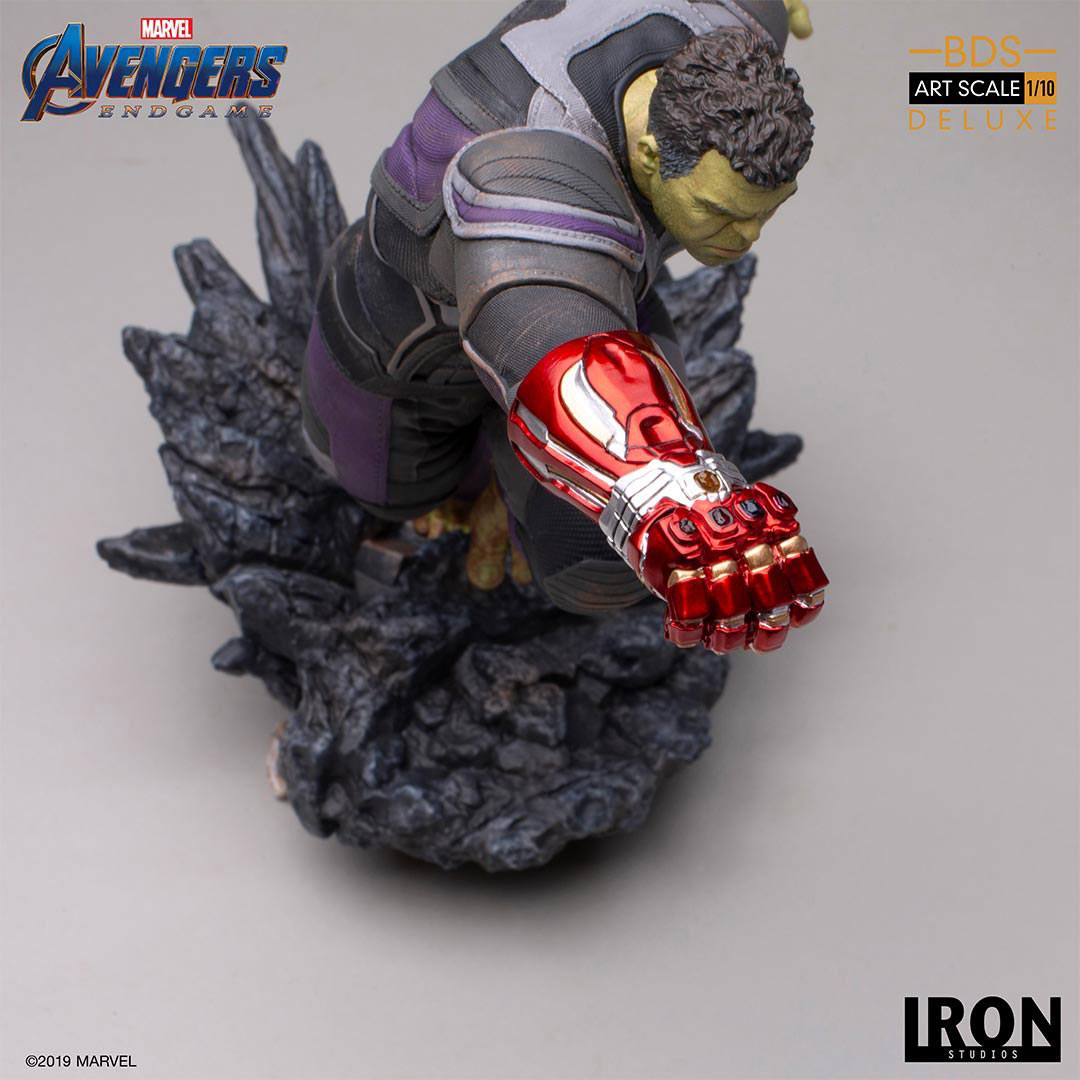 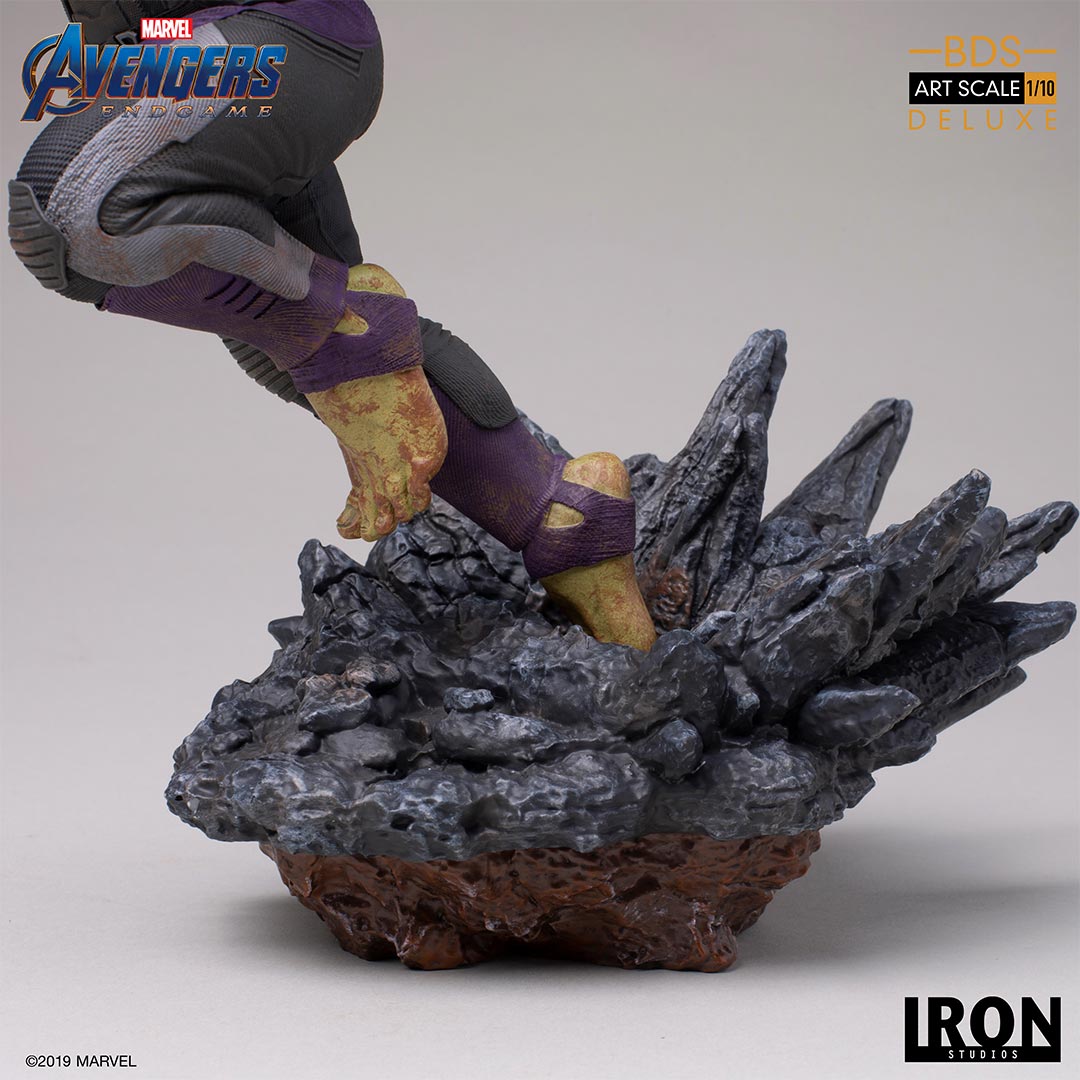 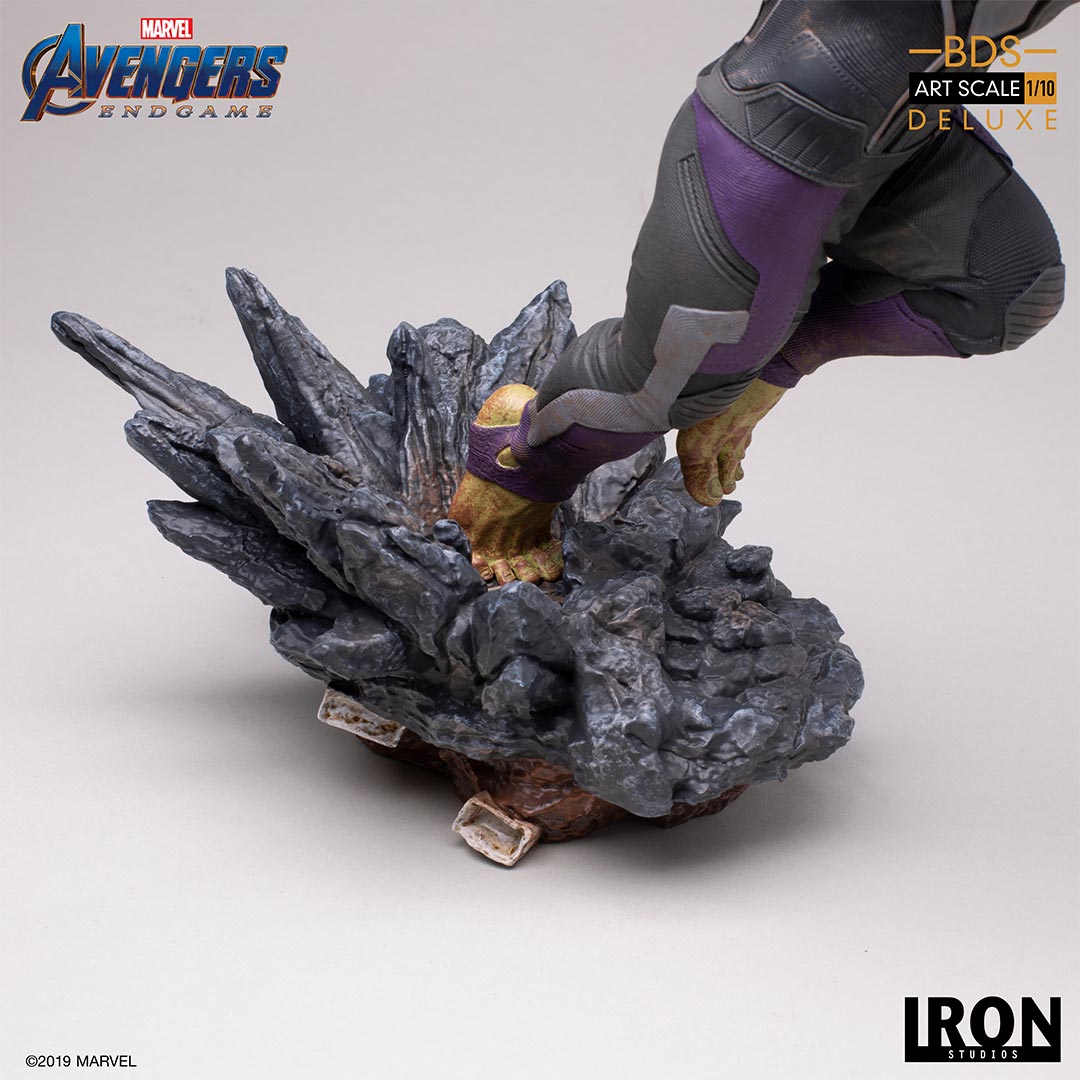 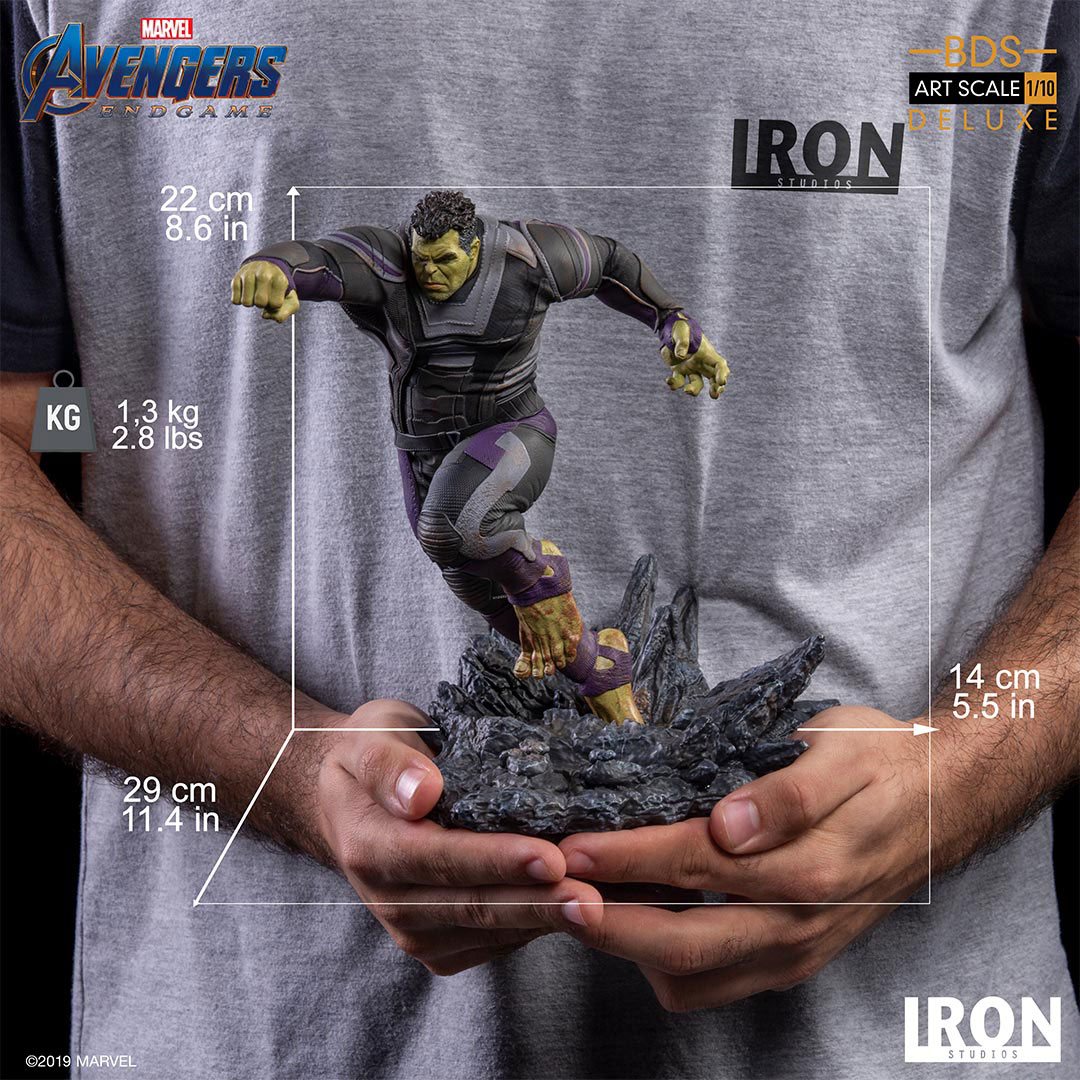 The Incredible Hulk is the scientist Dr. Robert Bruce Banner who upon receiving intense waves of gamma ray, was not killed by radiation, but instead had his DNA altered. Since then he changes every time he gets nervous, angry or under some stress situation, in a giant green skin and superhuman physical strength with no established limit.

In Avengers: Endgame, Hulk found a middle ground between the scientist and the beast.

Iron Studios brings this 1:10 BDS Art Scale that joins the final scene battle diorama, displaying the Emerald Giant with his outfit and also an interchangeble hand with the Avenger’s Gauntled with light-up feature for the Deluxe version.

– Limited edition
– Based on original movie references
– Made in polystone
– Hand painted
– Includes extra right hand with LED Stark Gauntlet
– This statue is part of a battle diorama based on the Avengers: Endgame movie