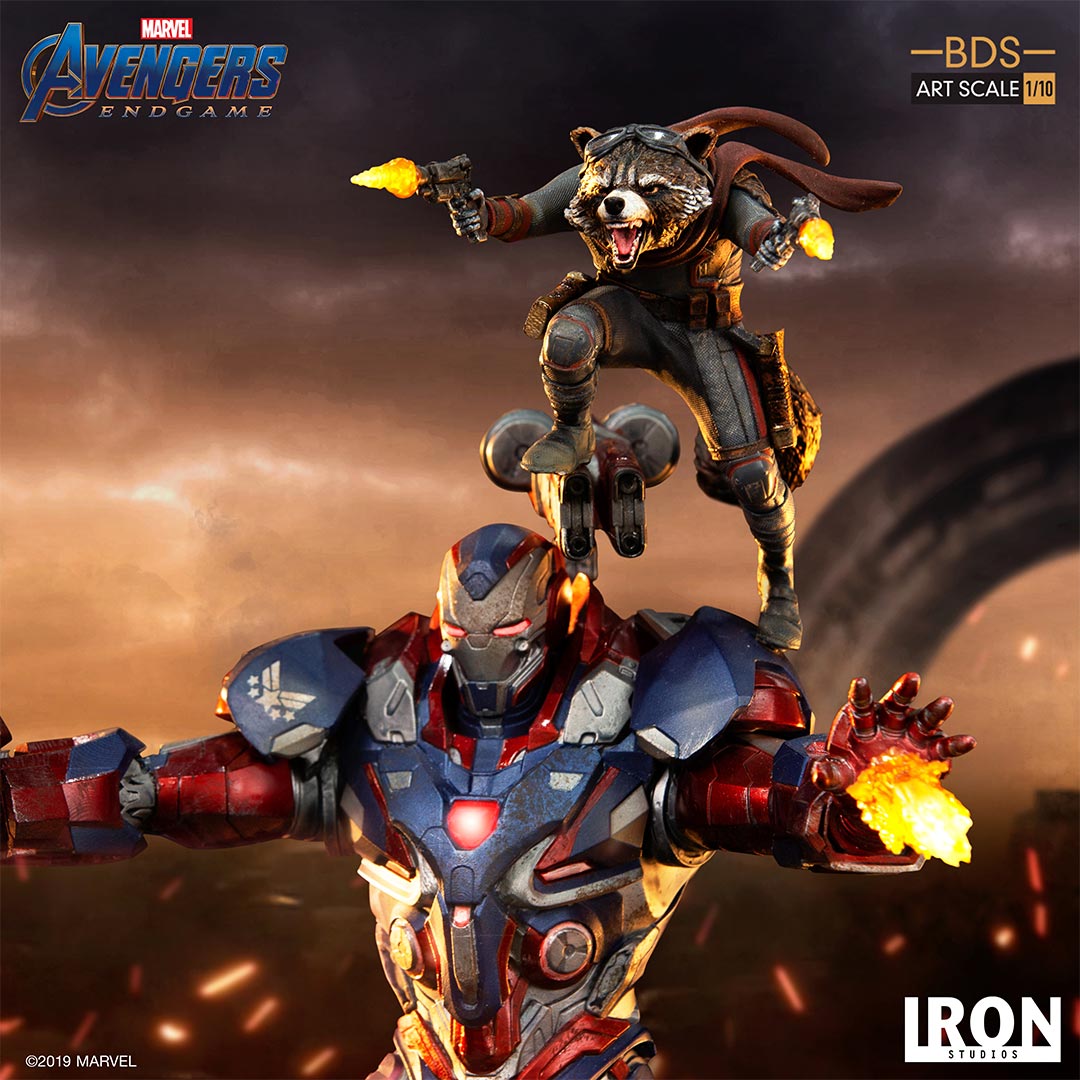 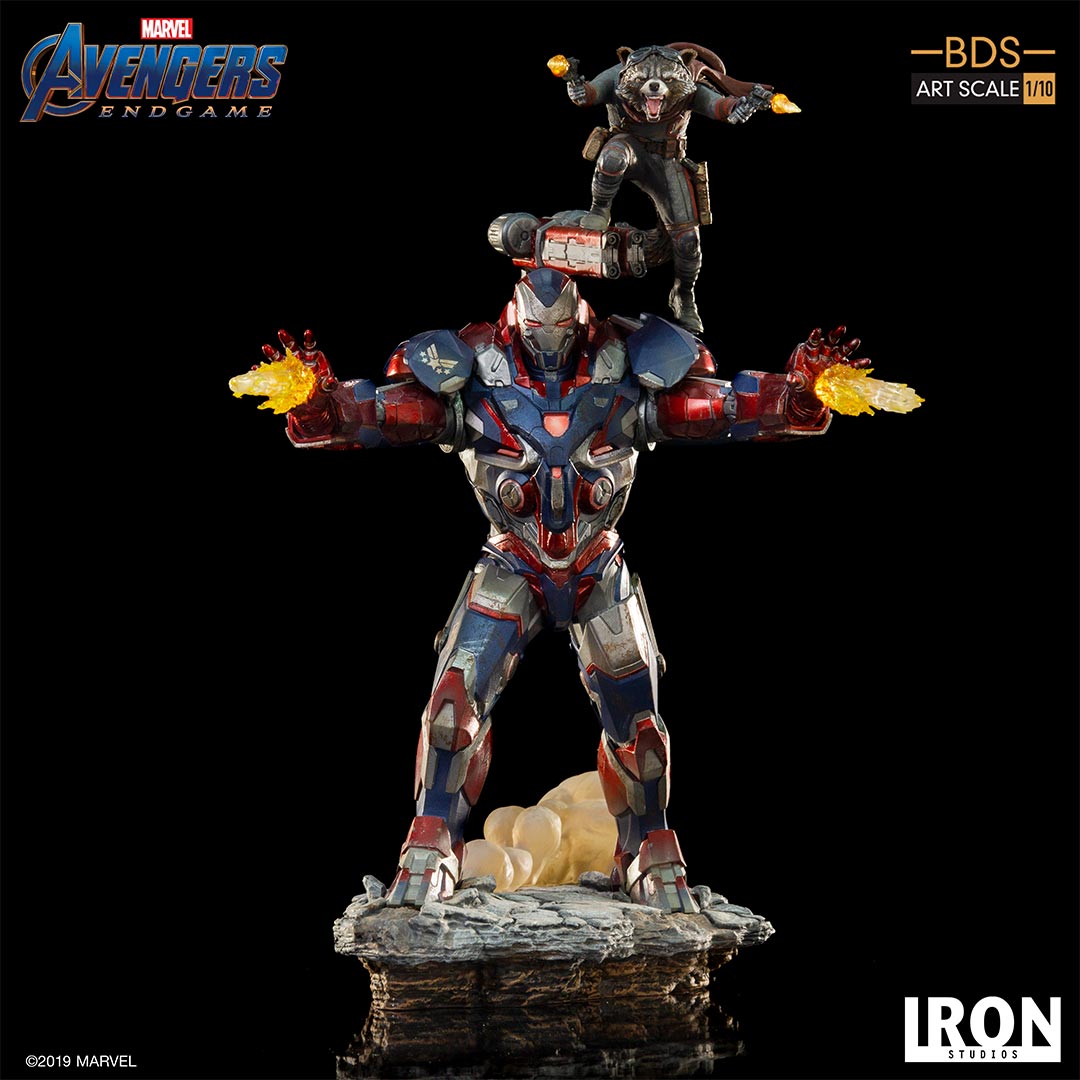 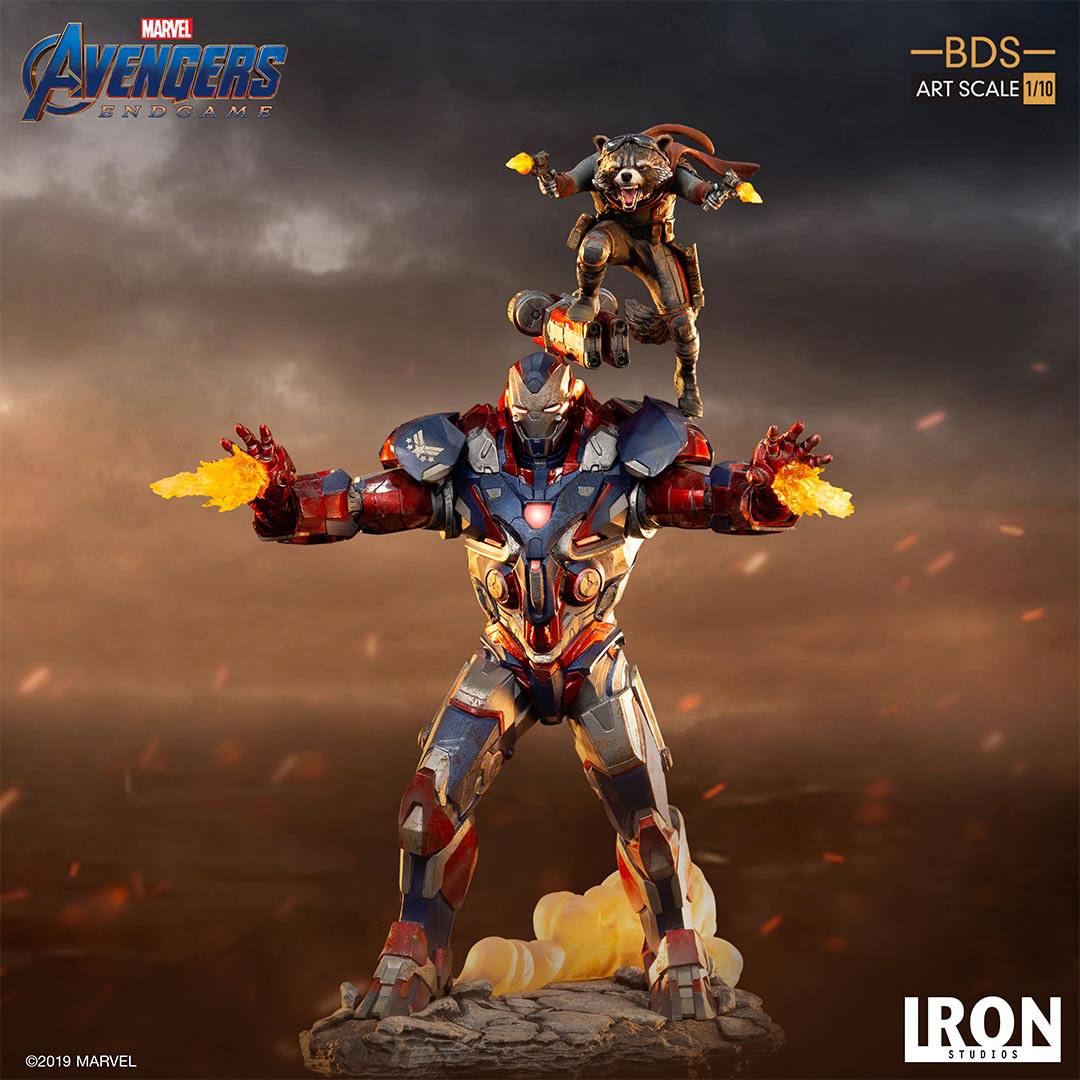 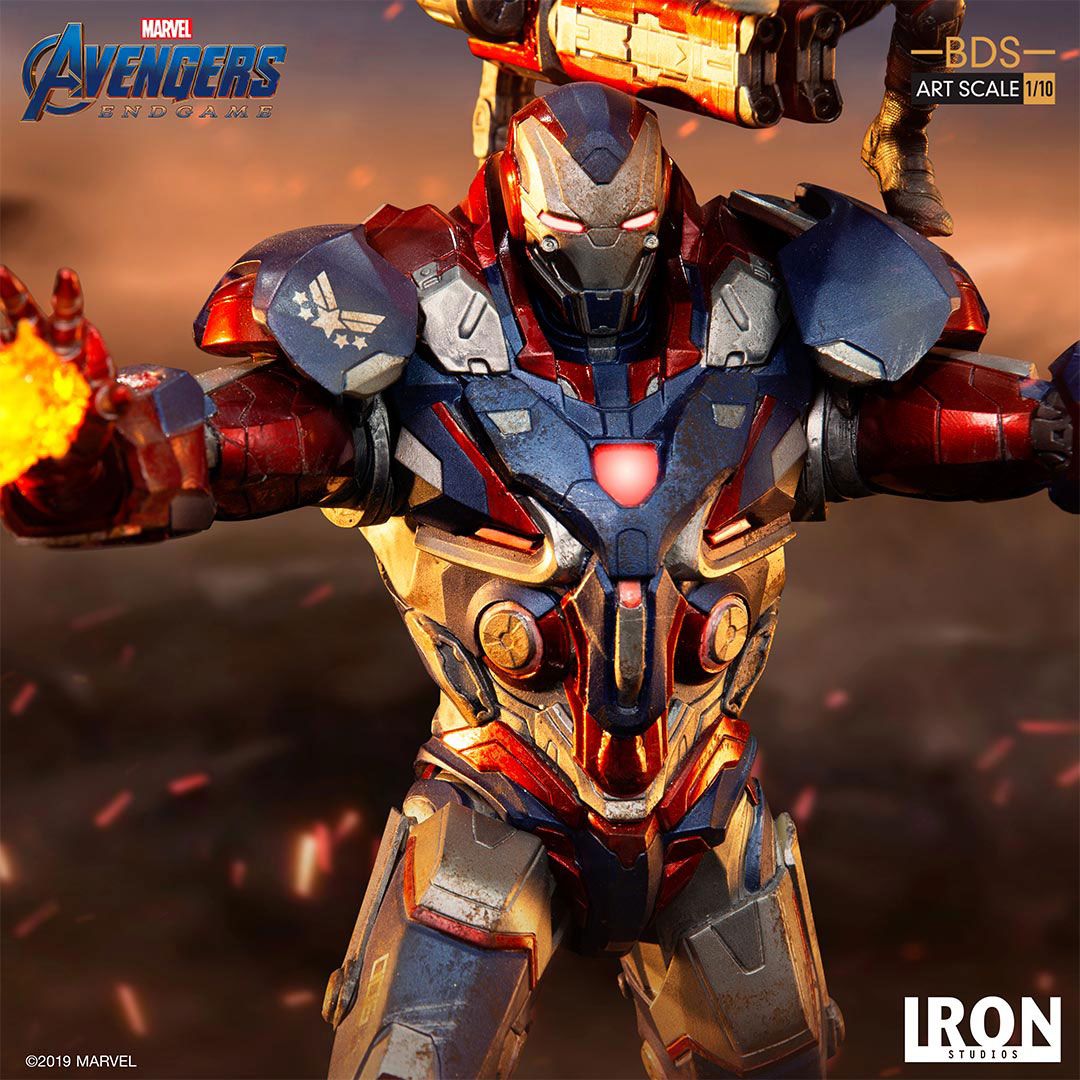 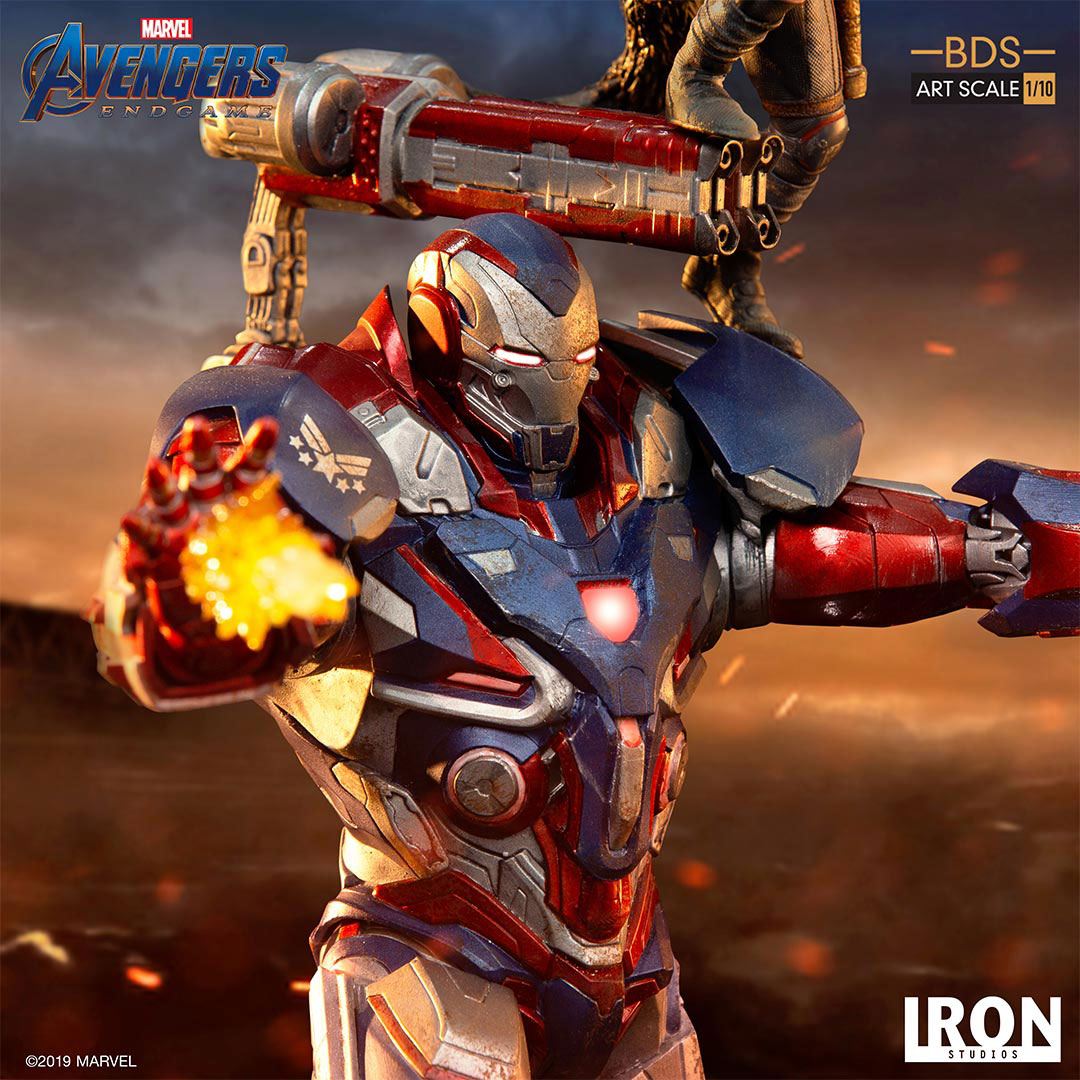 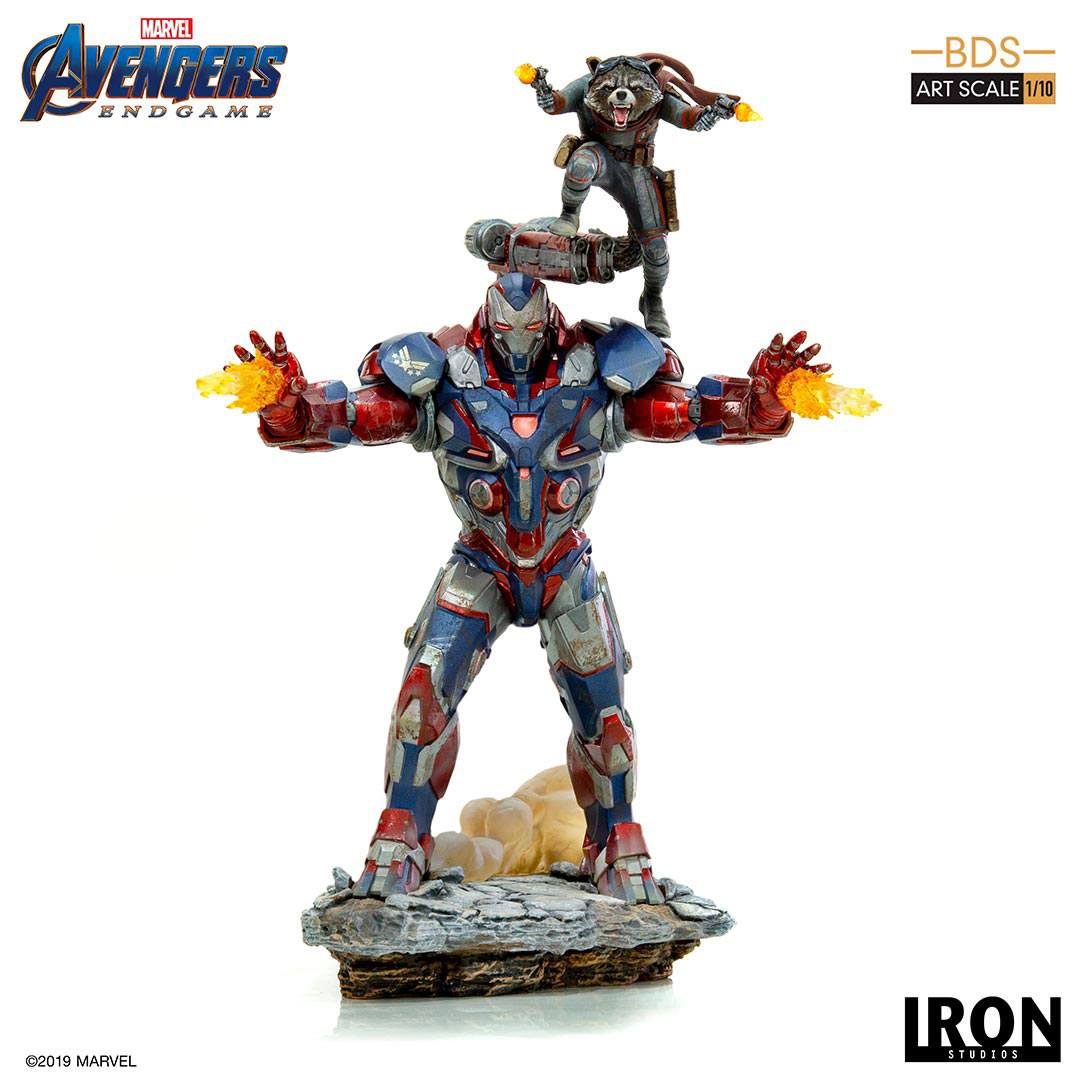 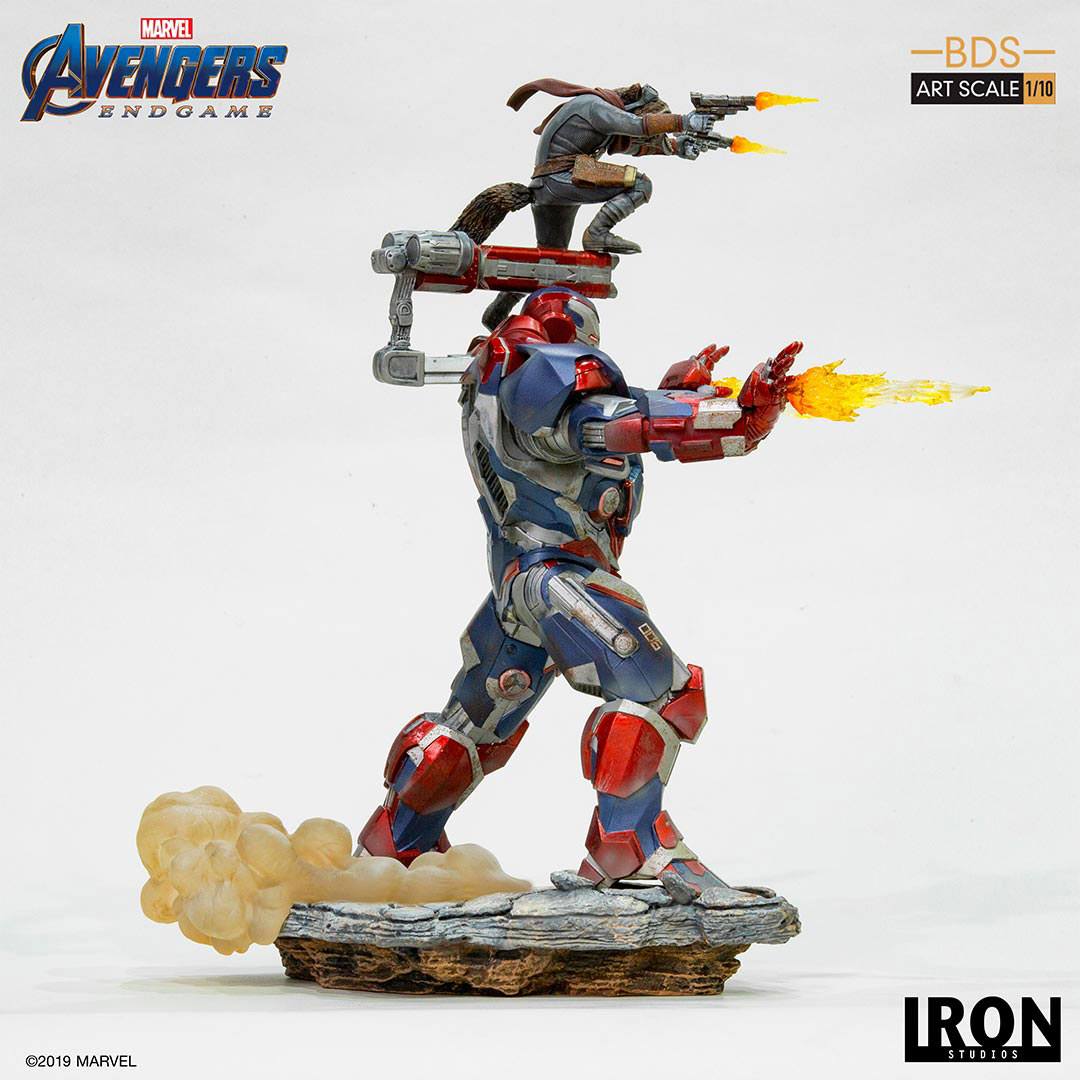 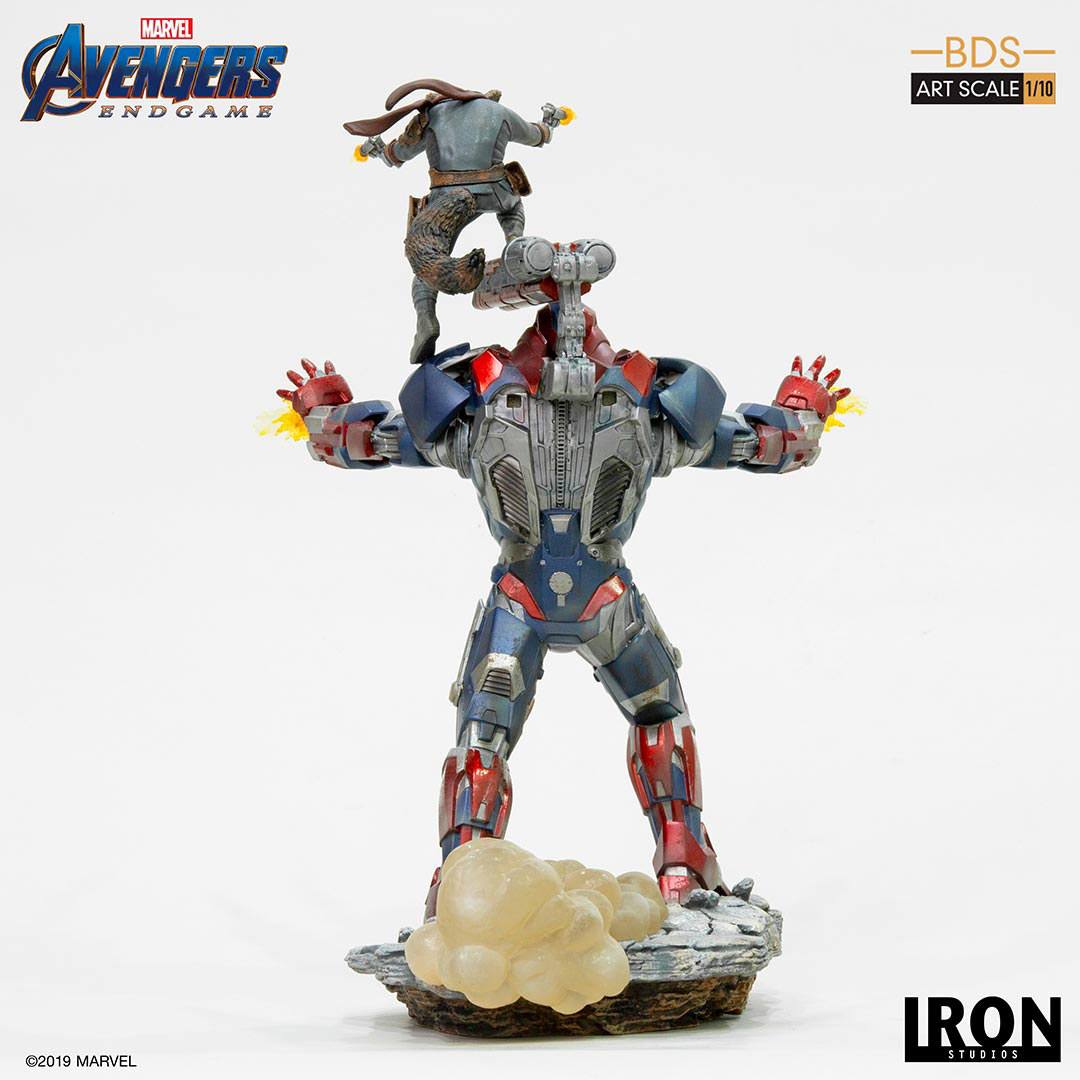 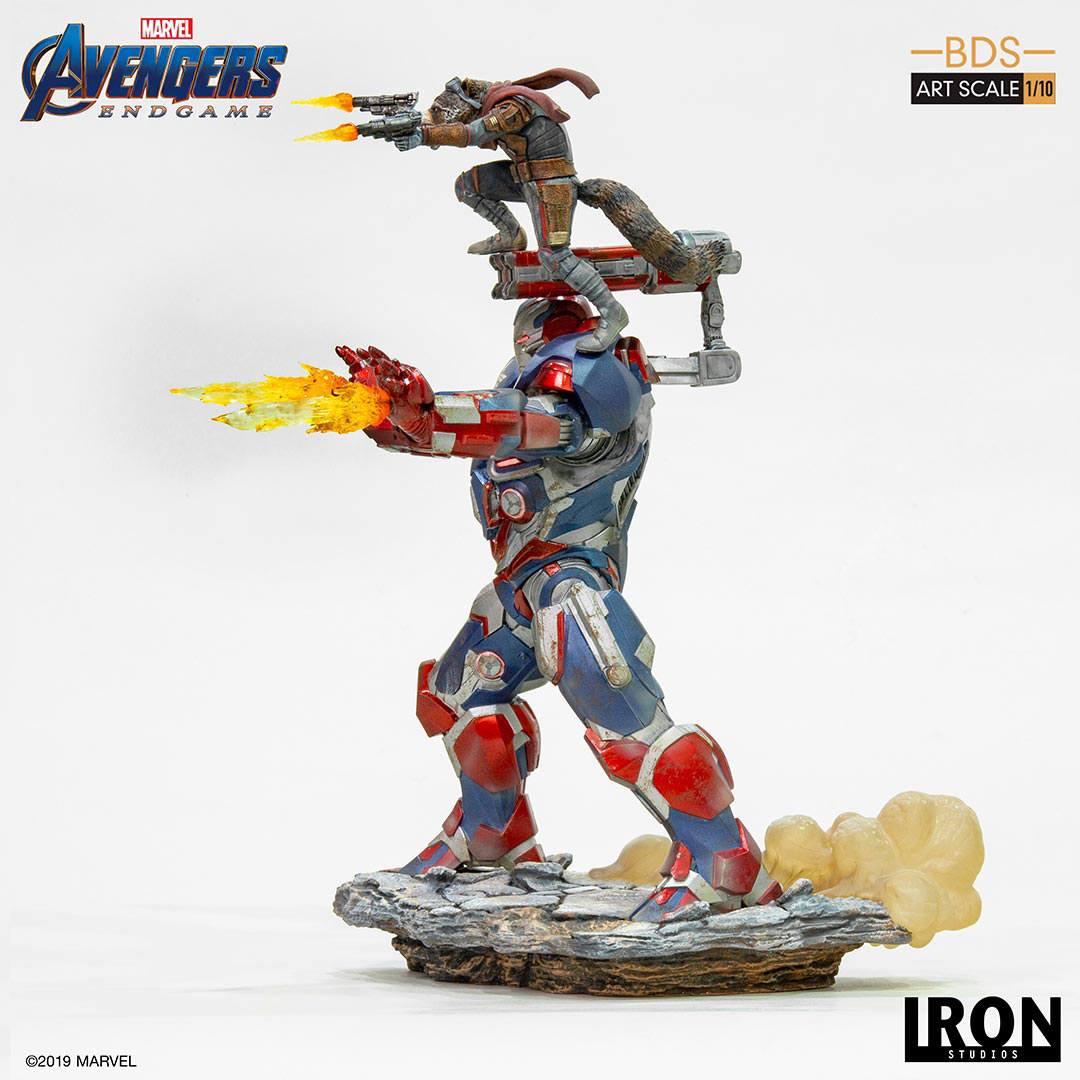 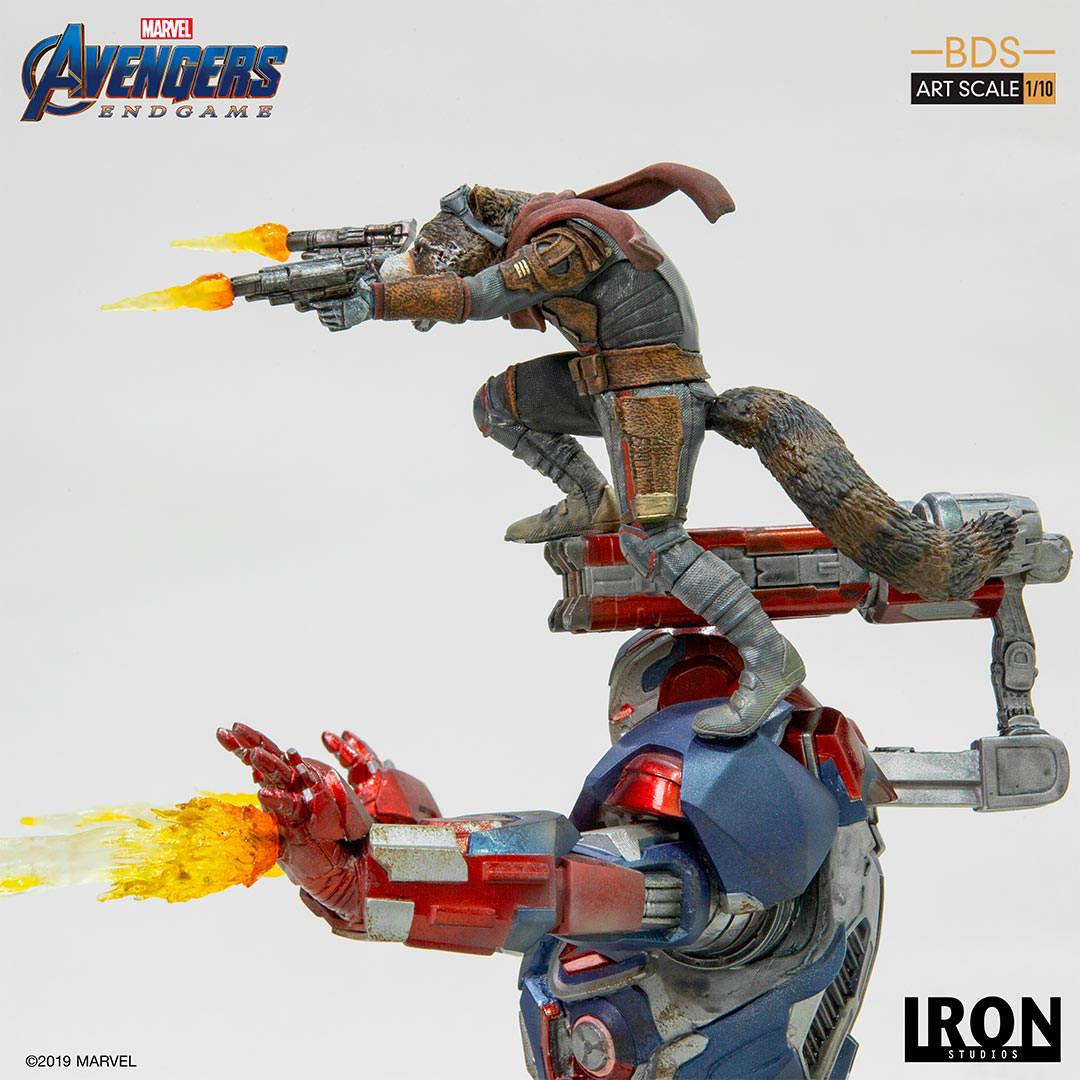 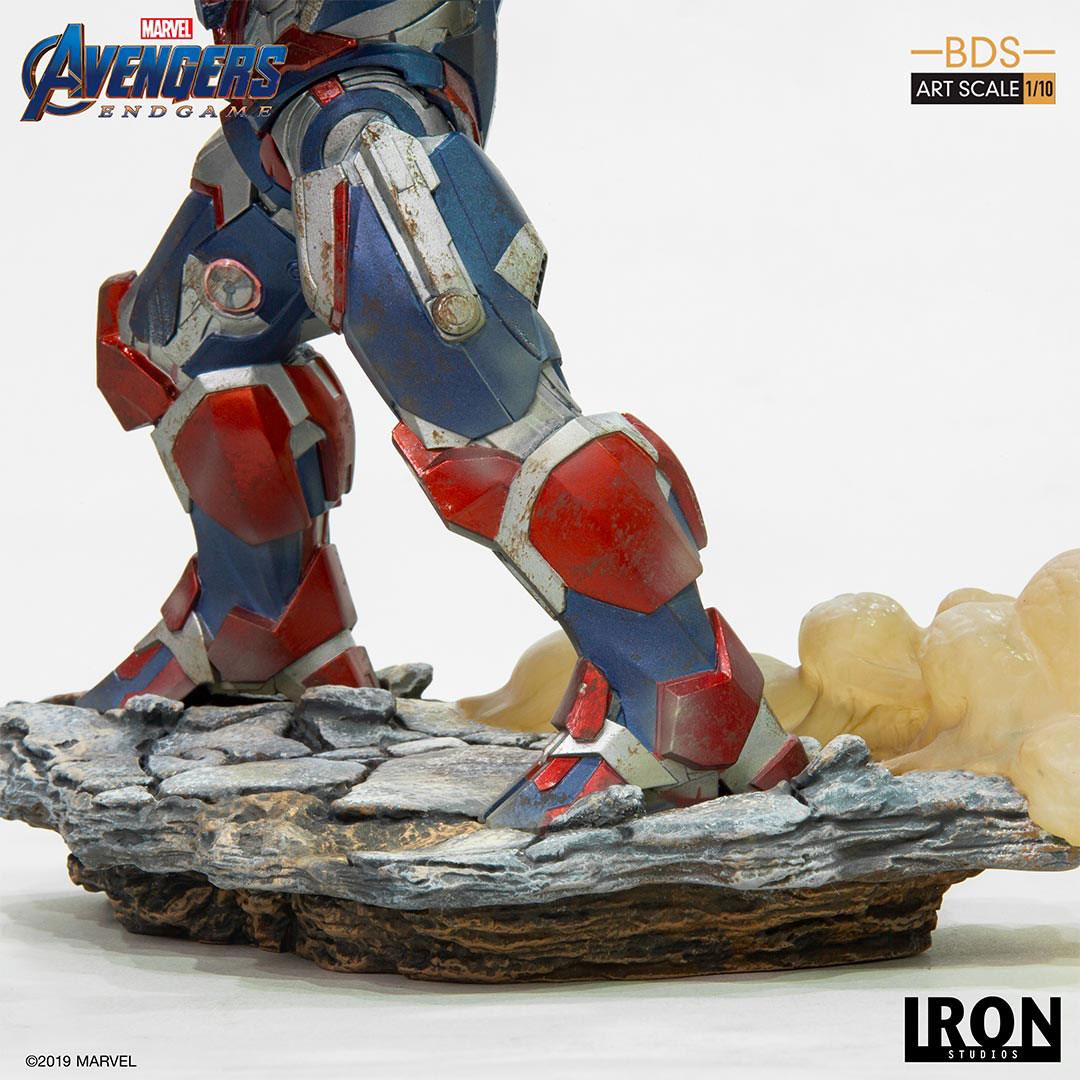 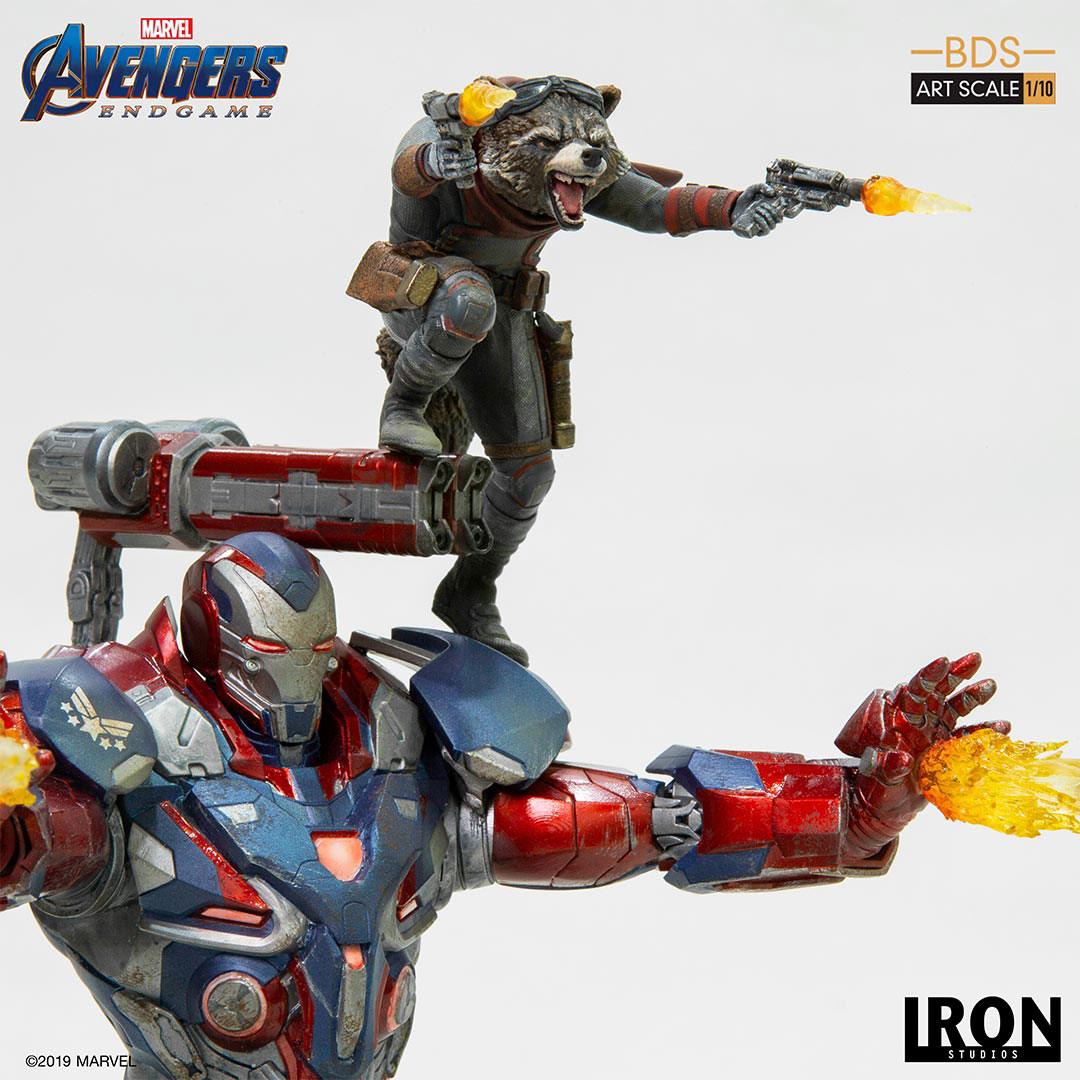 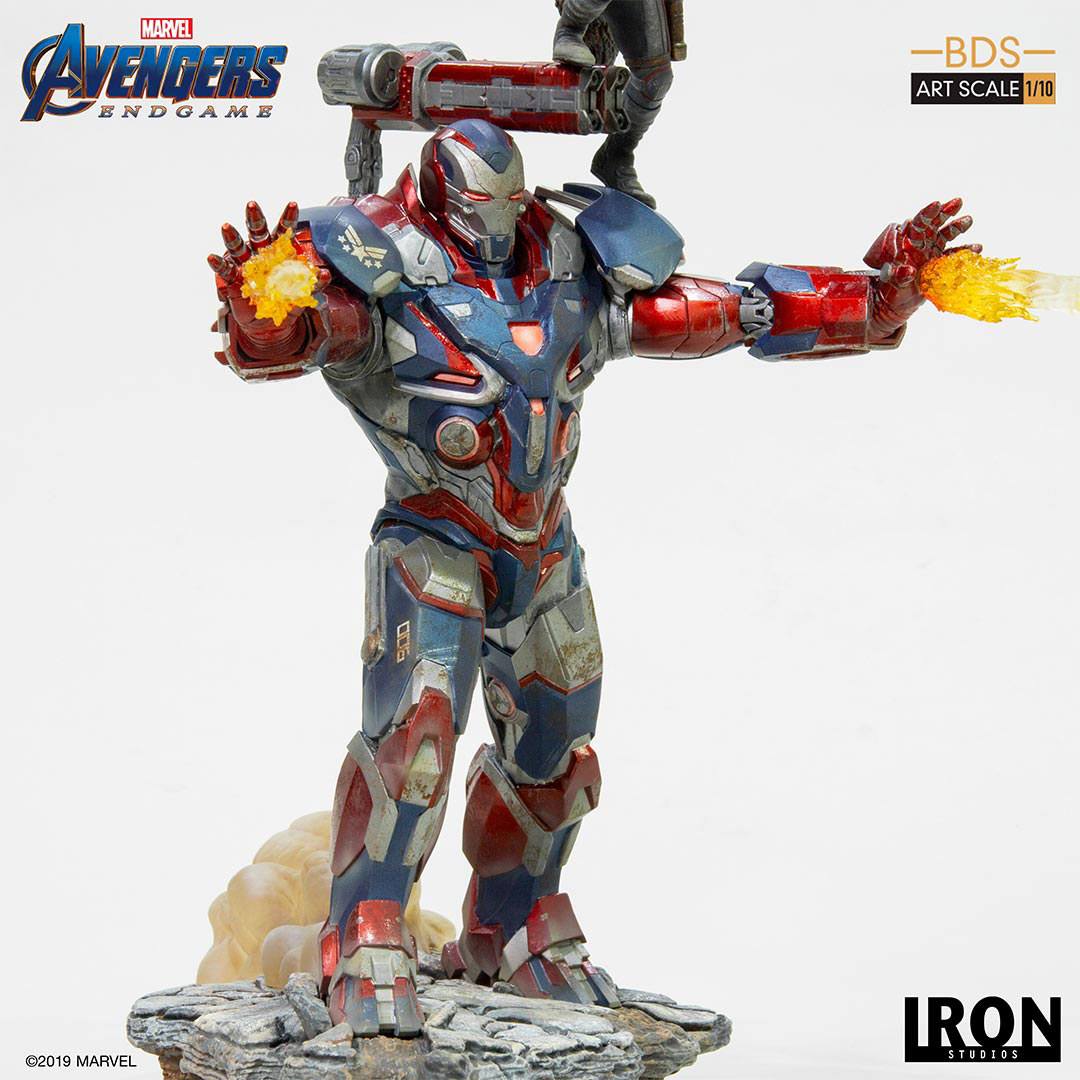 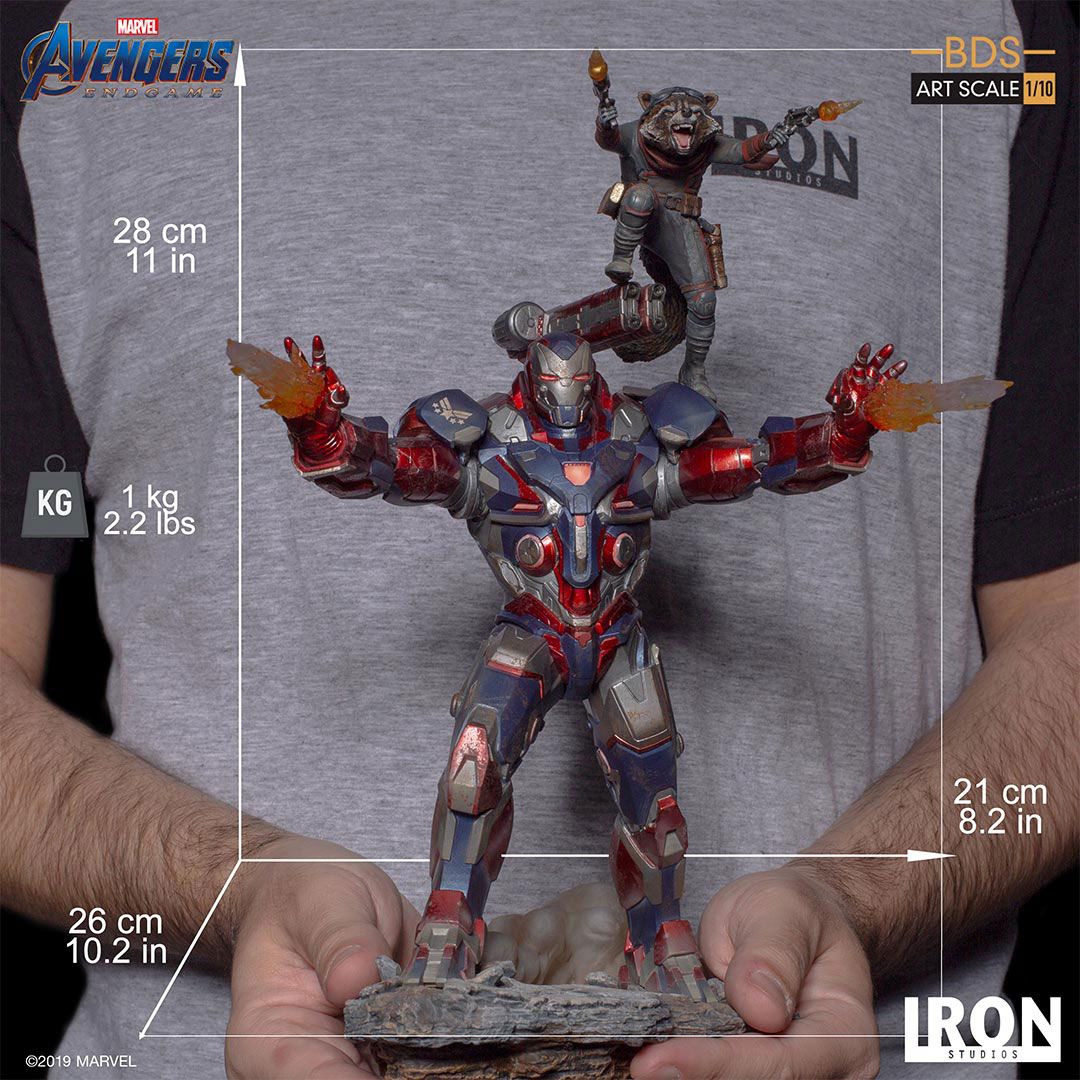 After joining Captain America and other Avengers to fight against Thanos forces, his War Machine armor was damaged in combat, prompting the hero to activate the second and most powerful version of the Iron Patriot.

In combat he takes action alongside Rocket, an anthropomorphic raccoon and a surviving member of the Guardians of the Galaxy after Infinity War. With the voice of Bradley Cooper, Rocket is master in weapons and an excellent pilot and strategist.

The Polystone statue stands approx. 28 cm tall and comes with matching diorama base.

– Limited edition
– Based on original movie references
– Made in polystone
– Hand painted
– Automotive paint
– This statue is part of a battle diorama based on the Avengers: Endgame movie