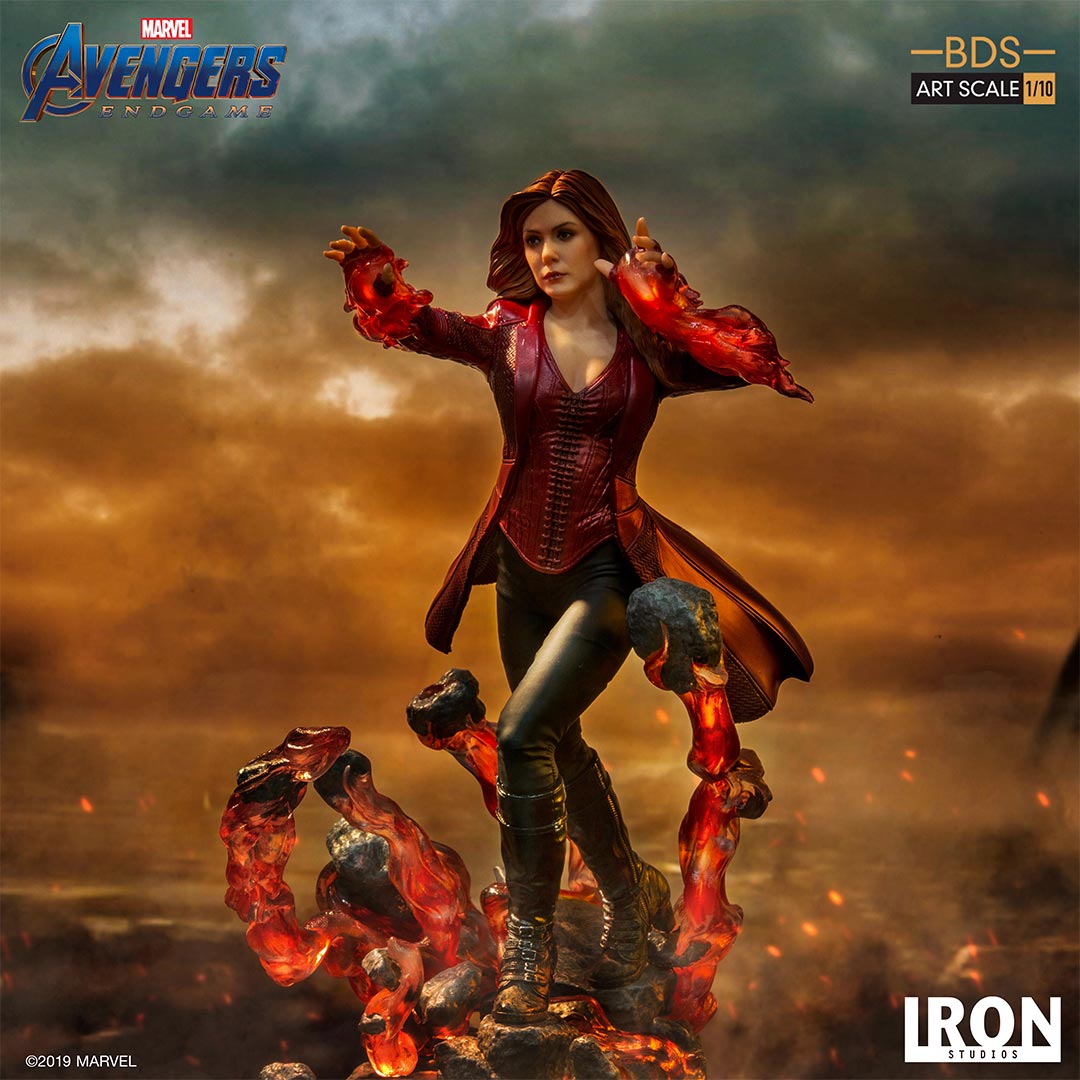 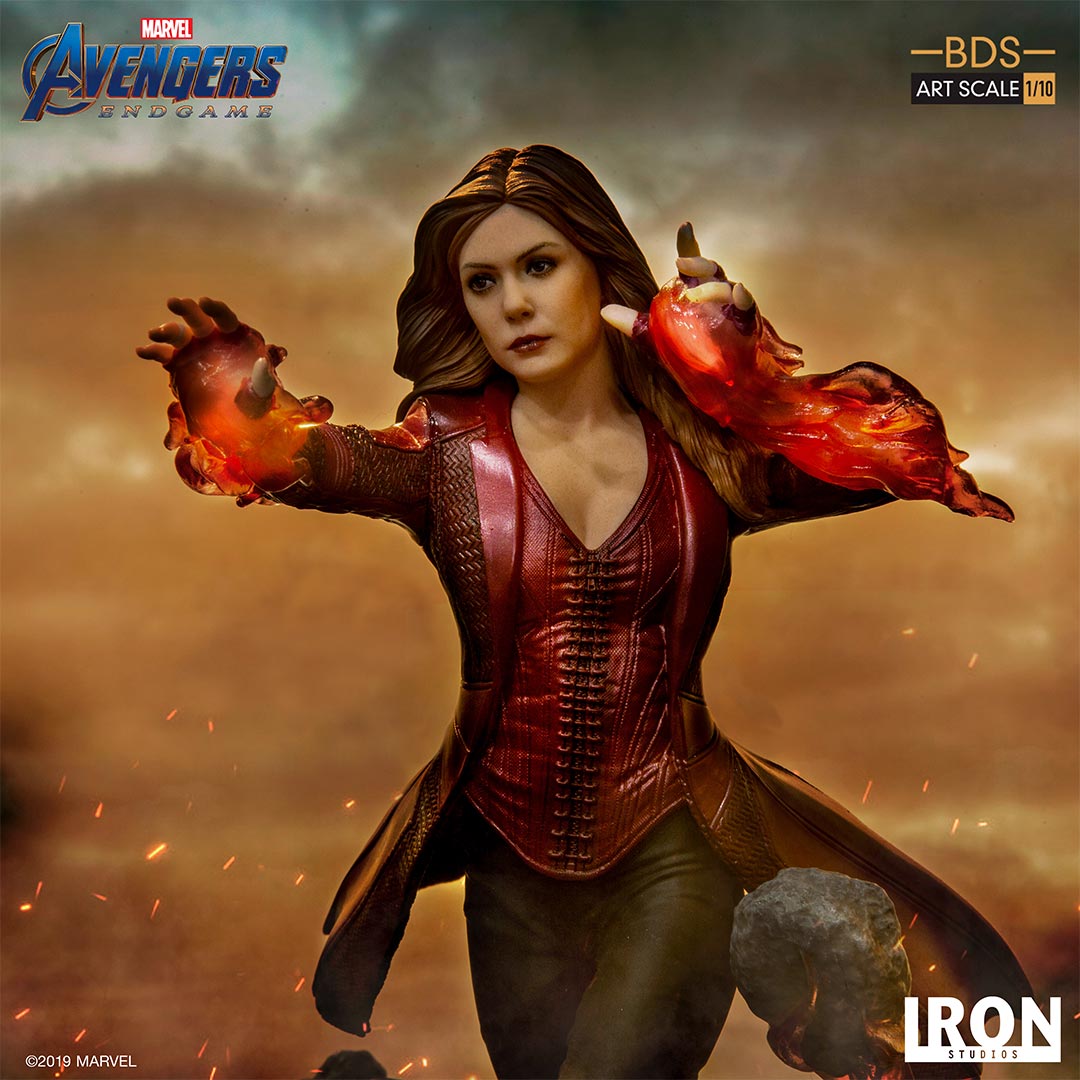 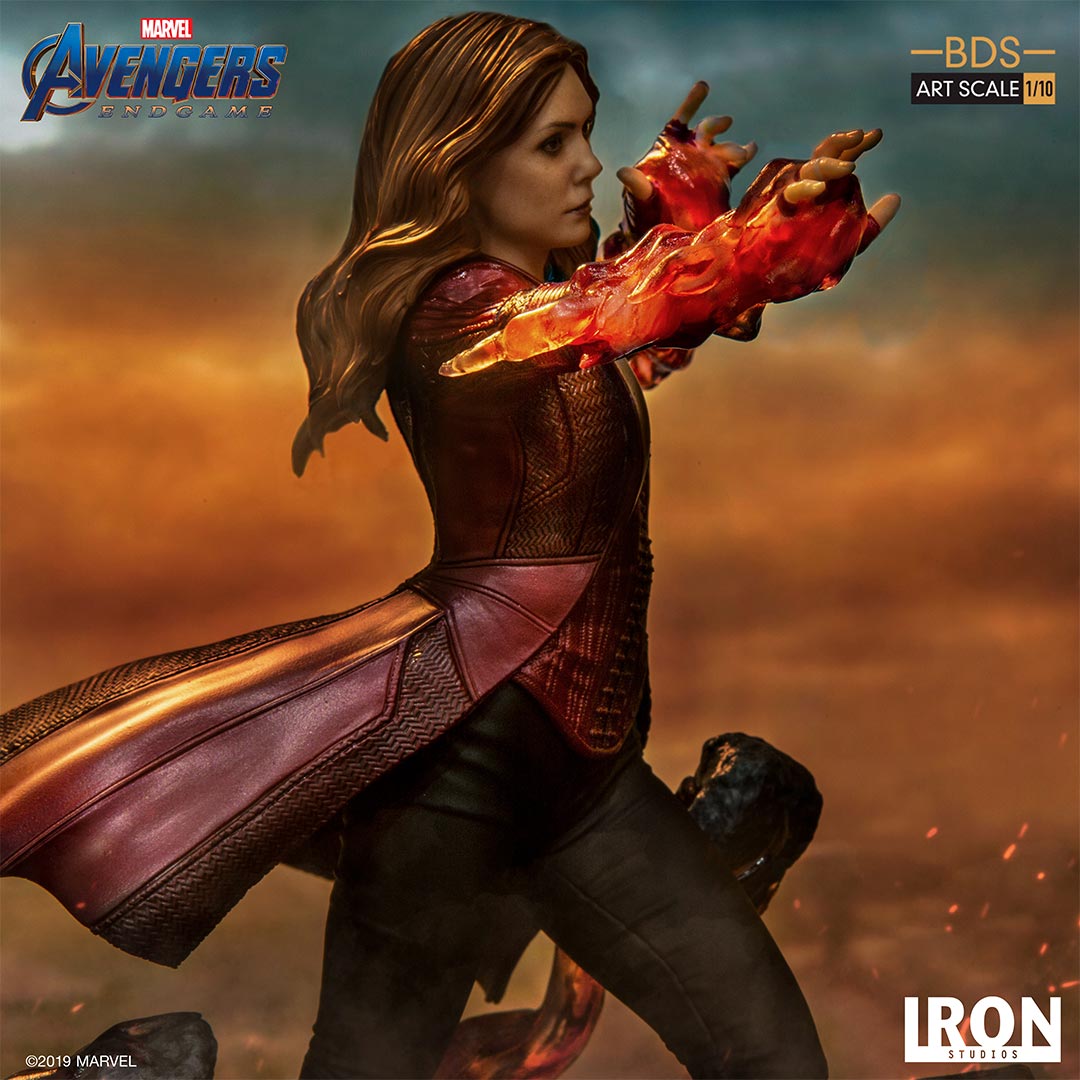 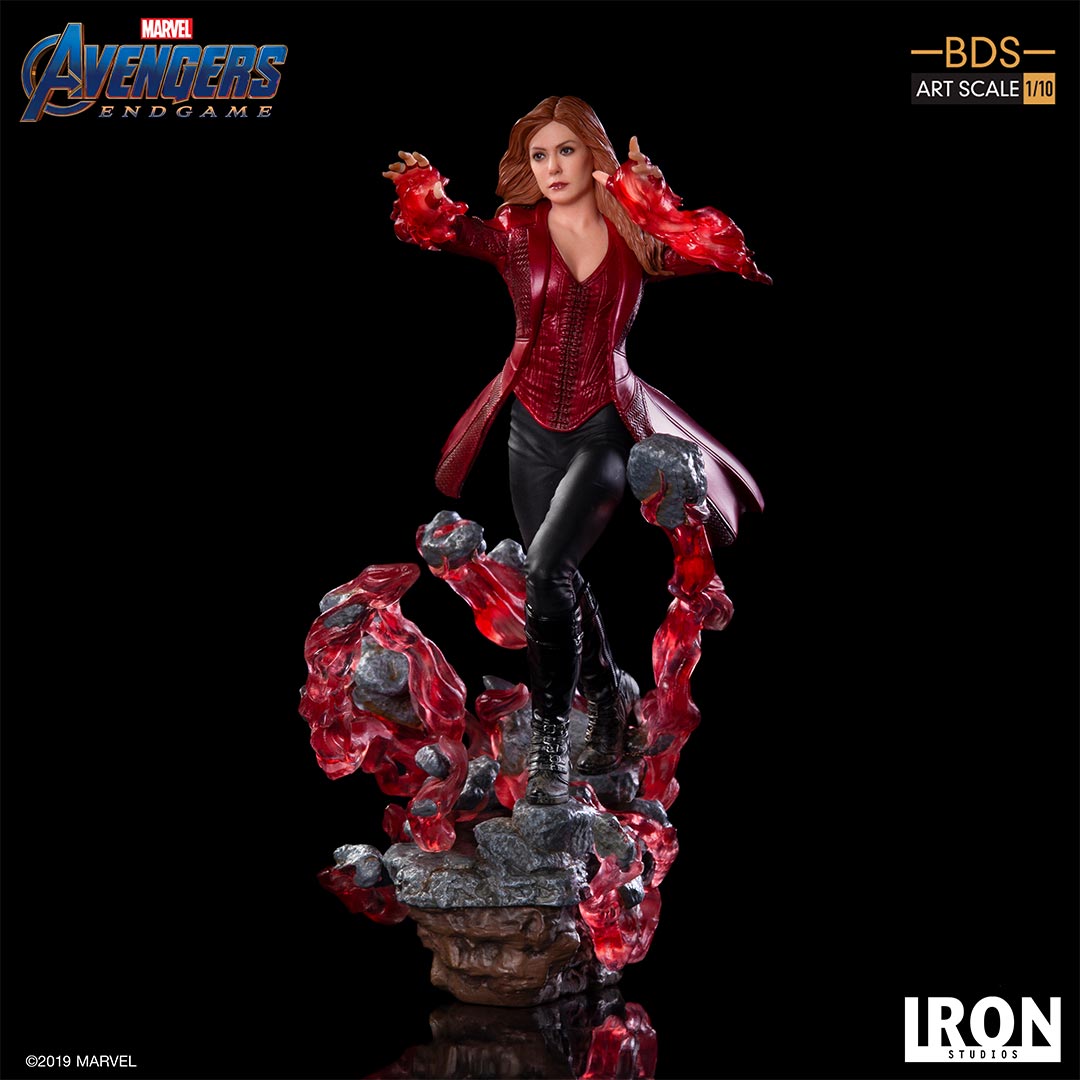 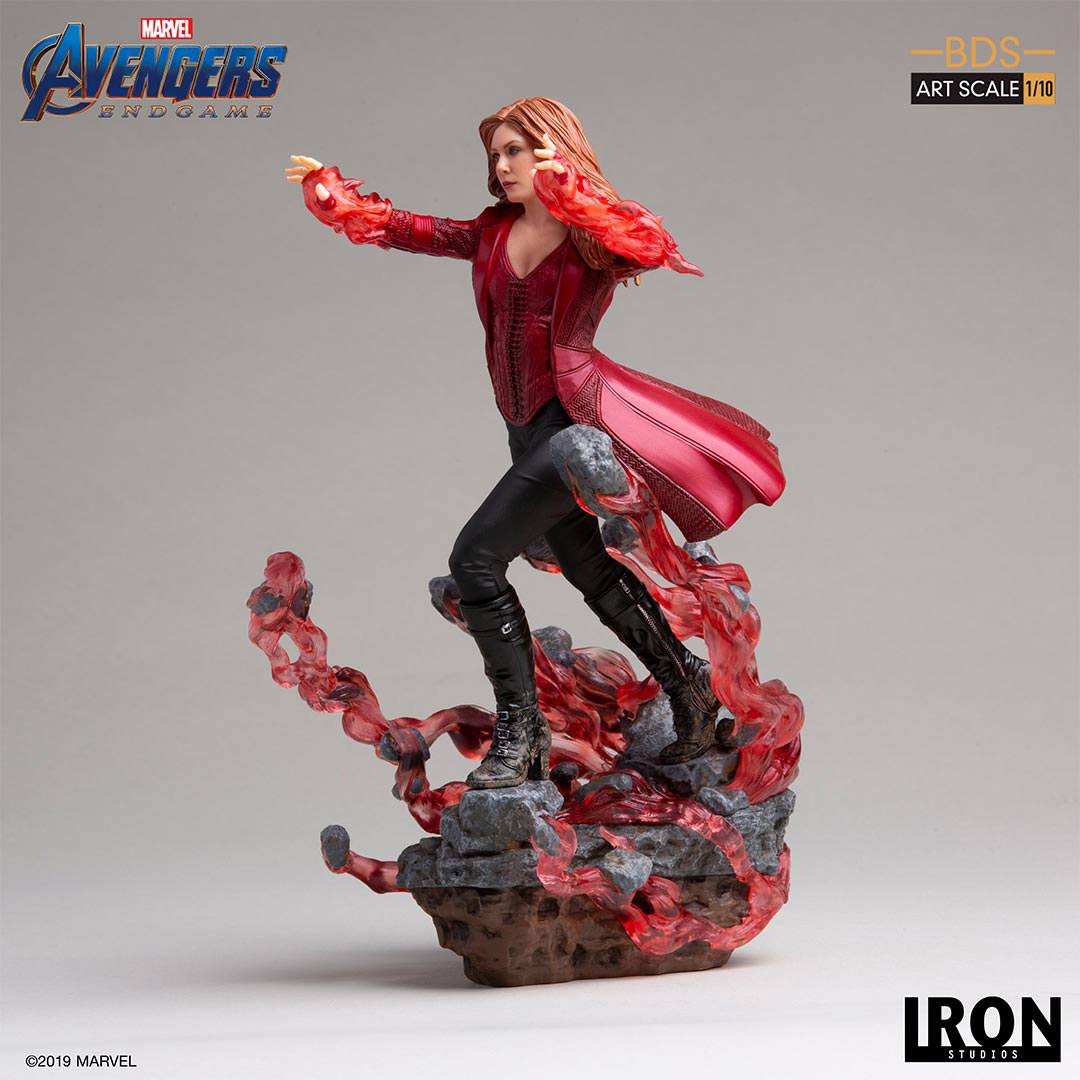 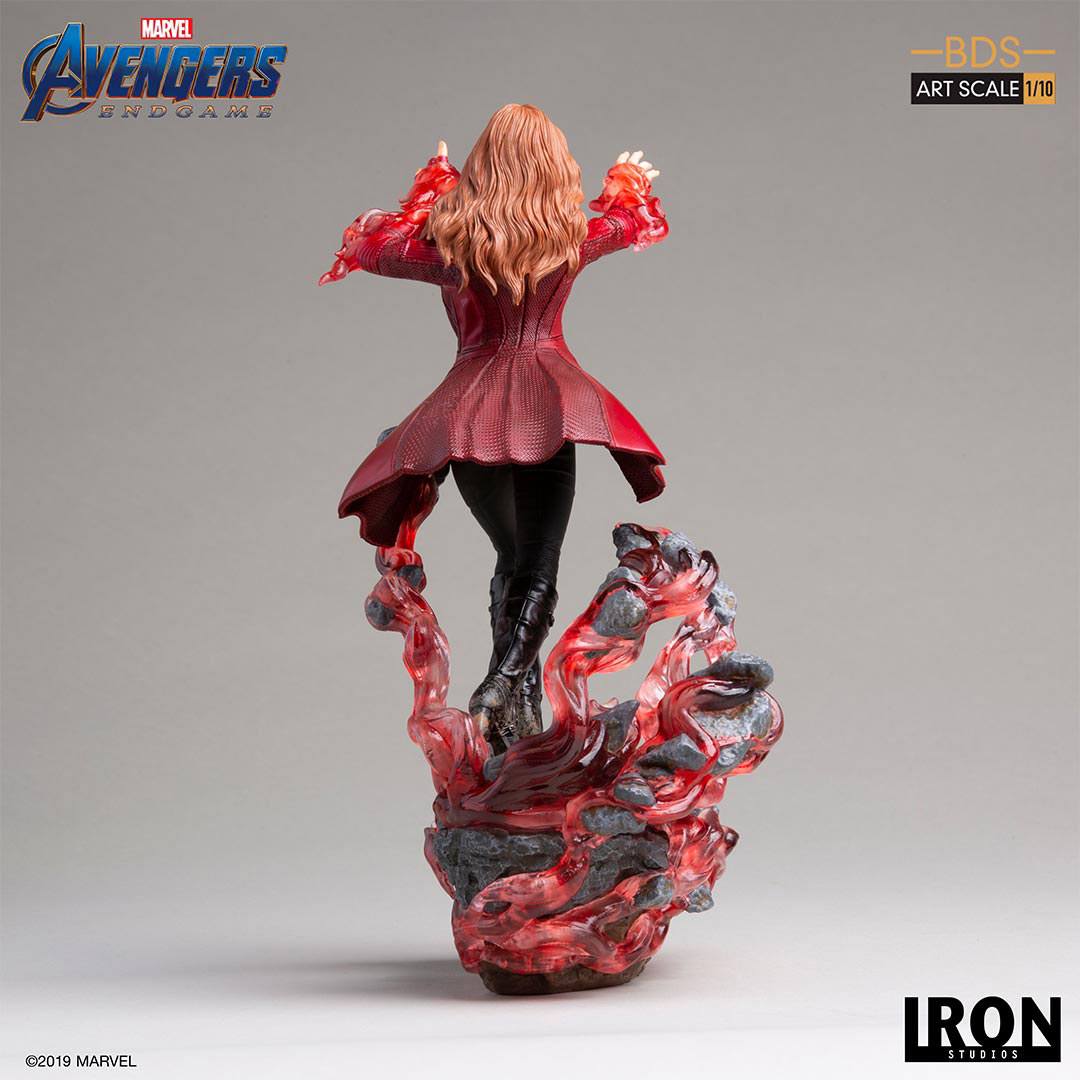 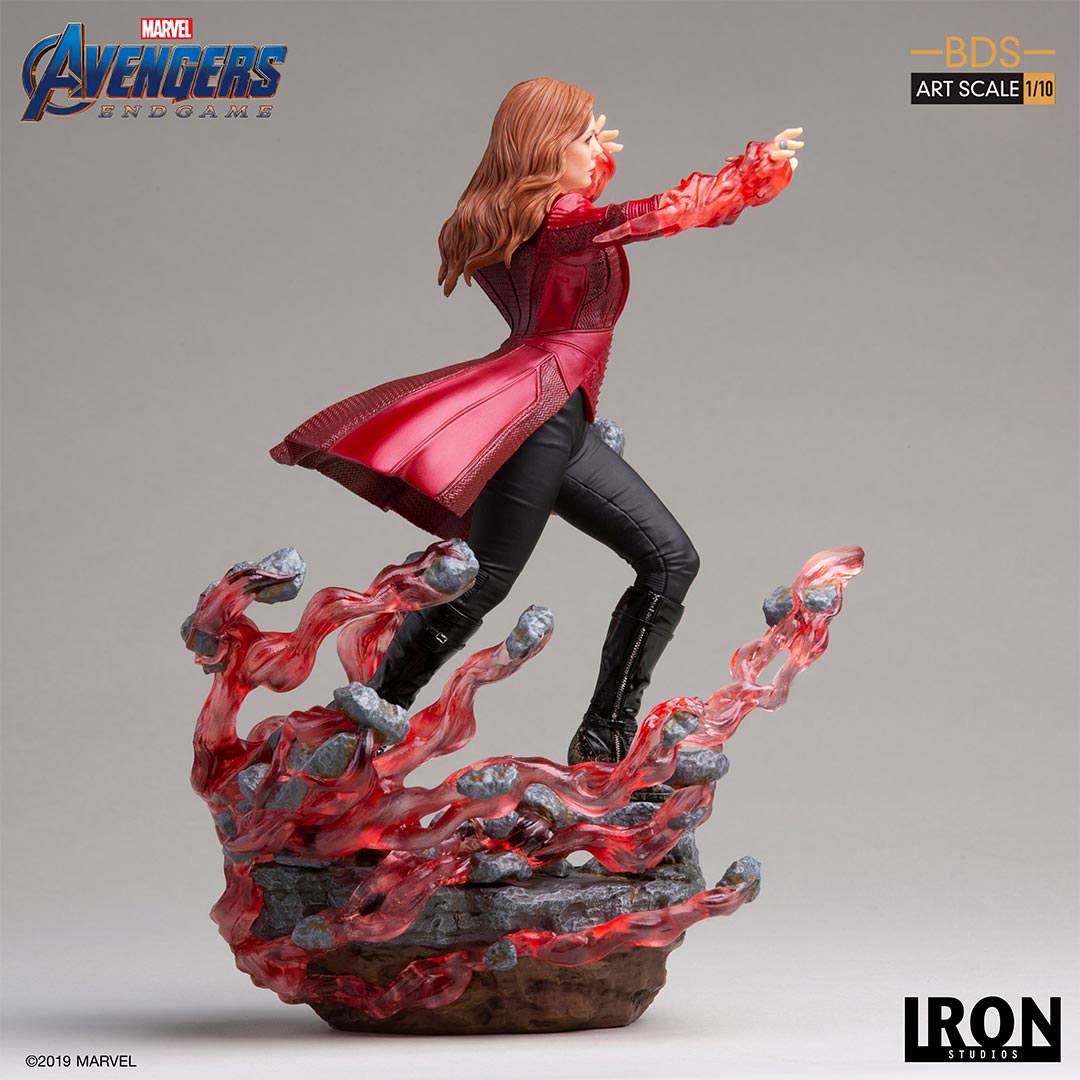 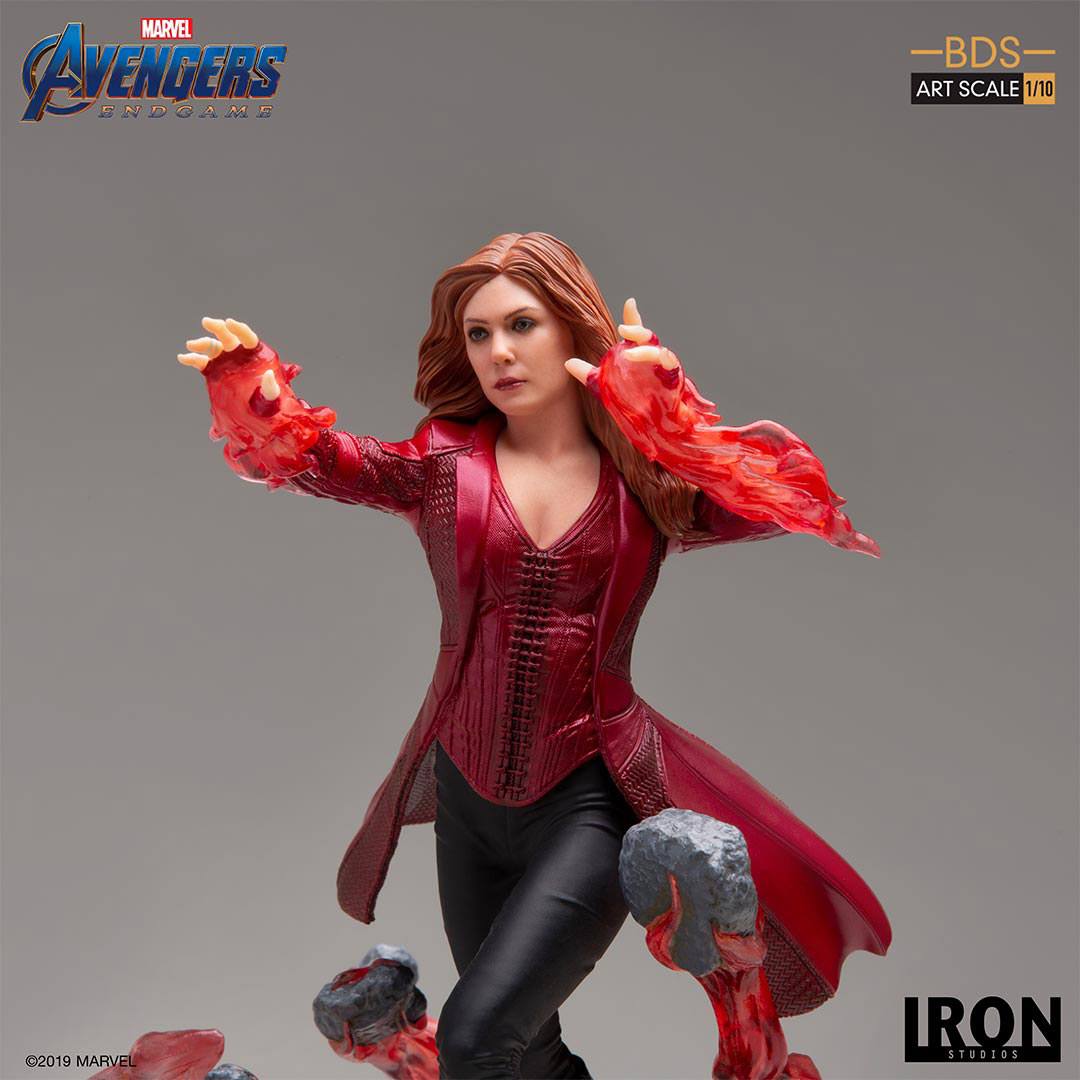 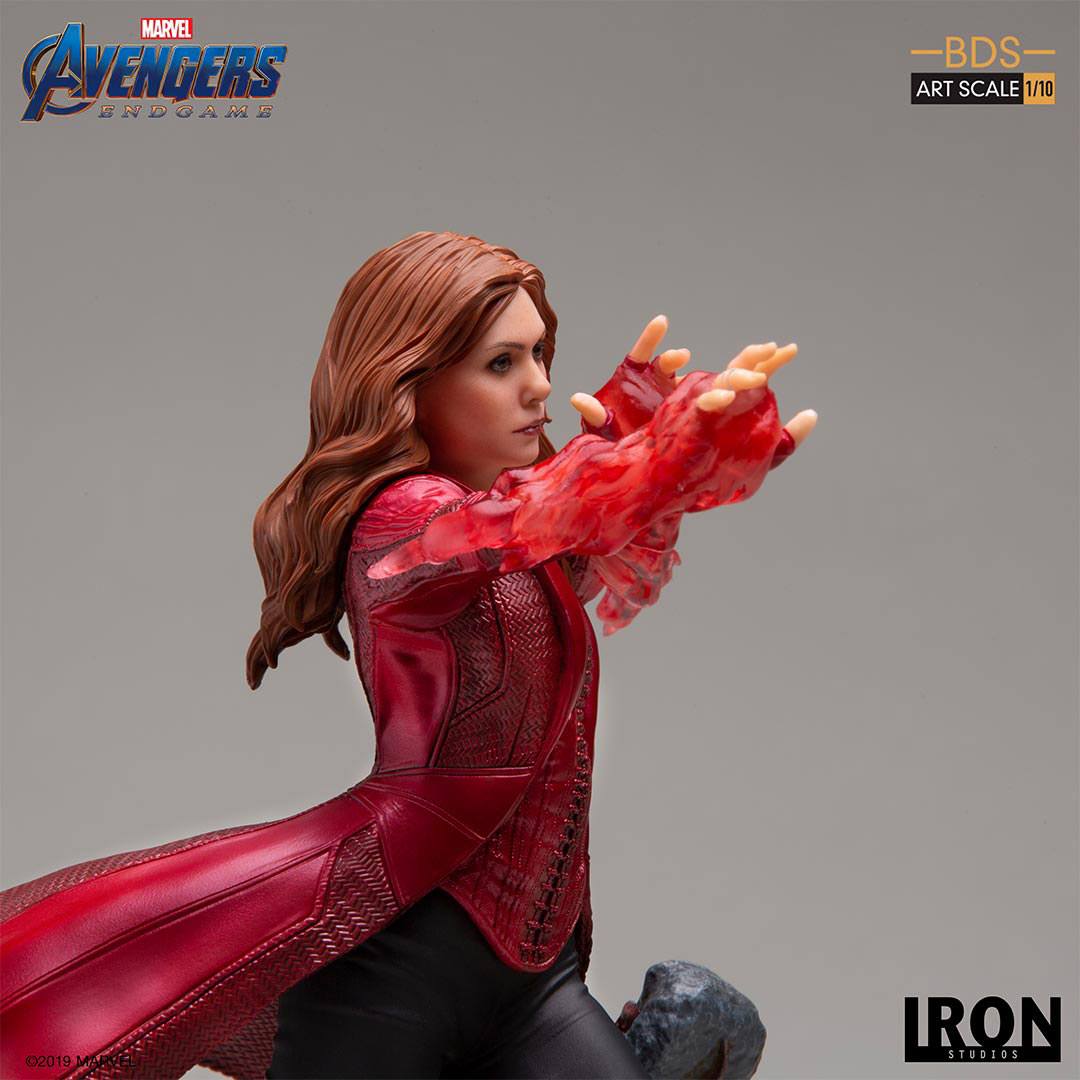 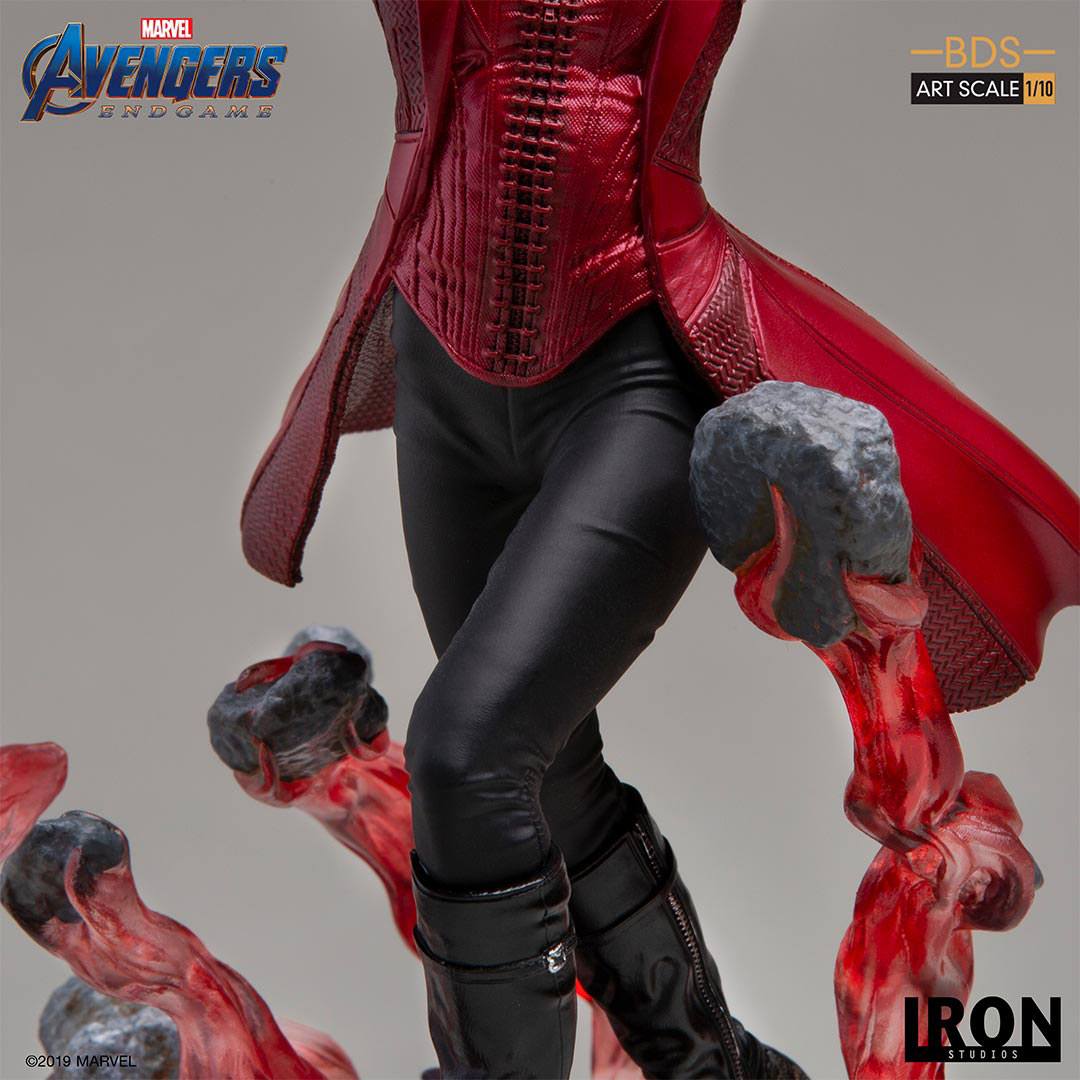 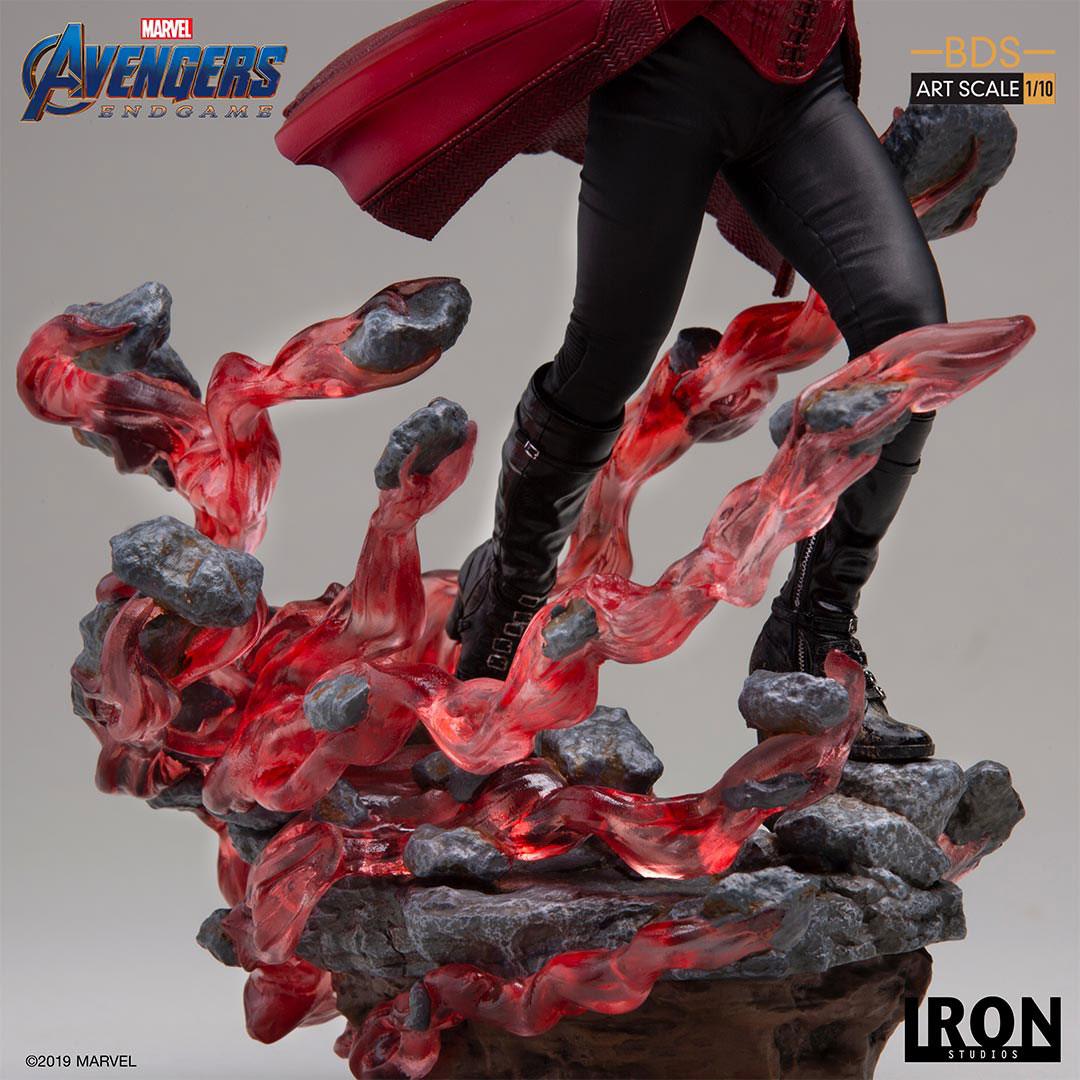 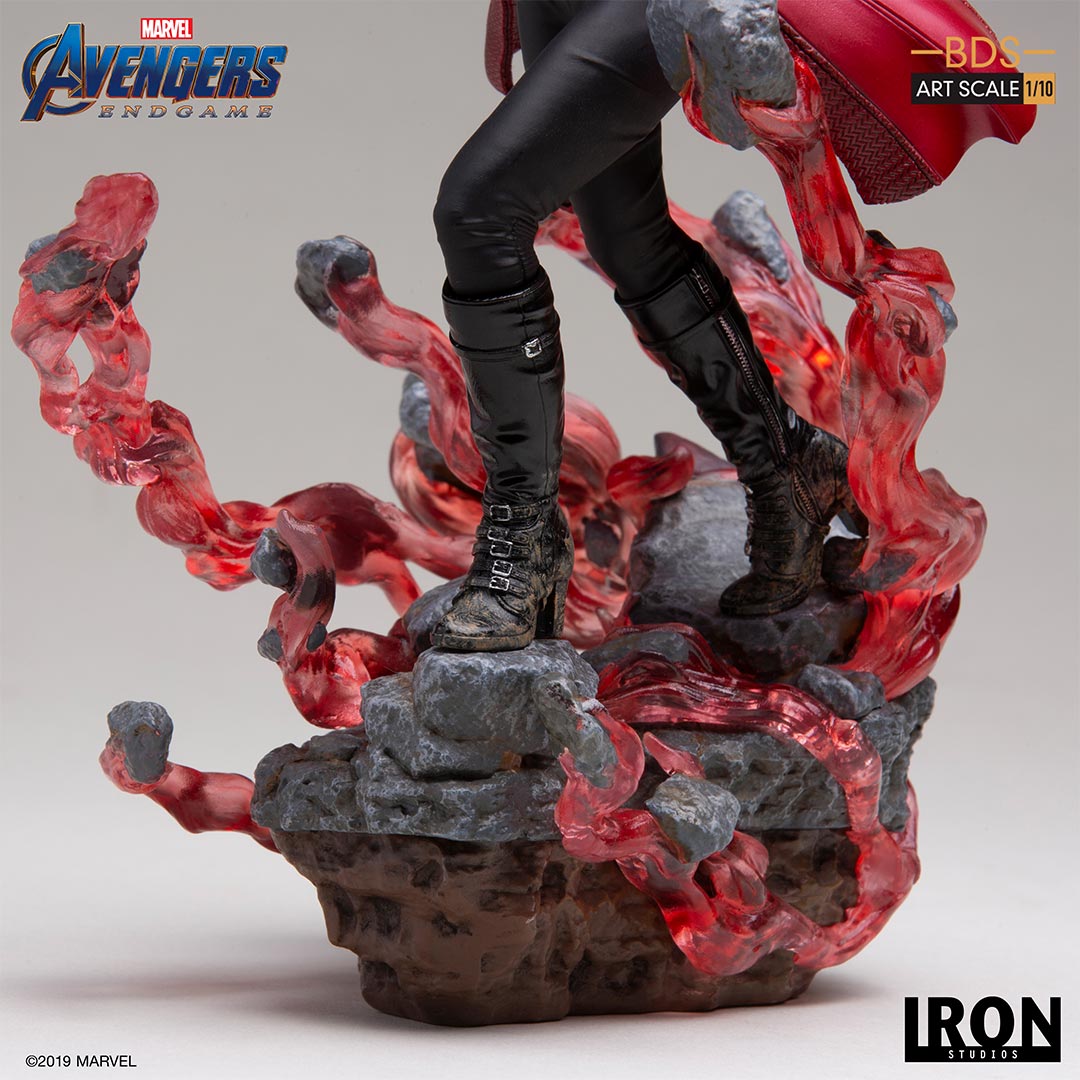 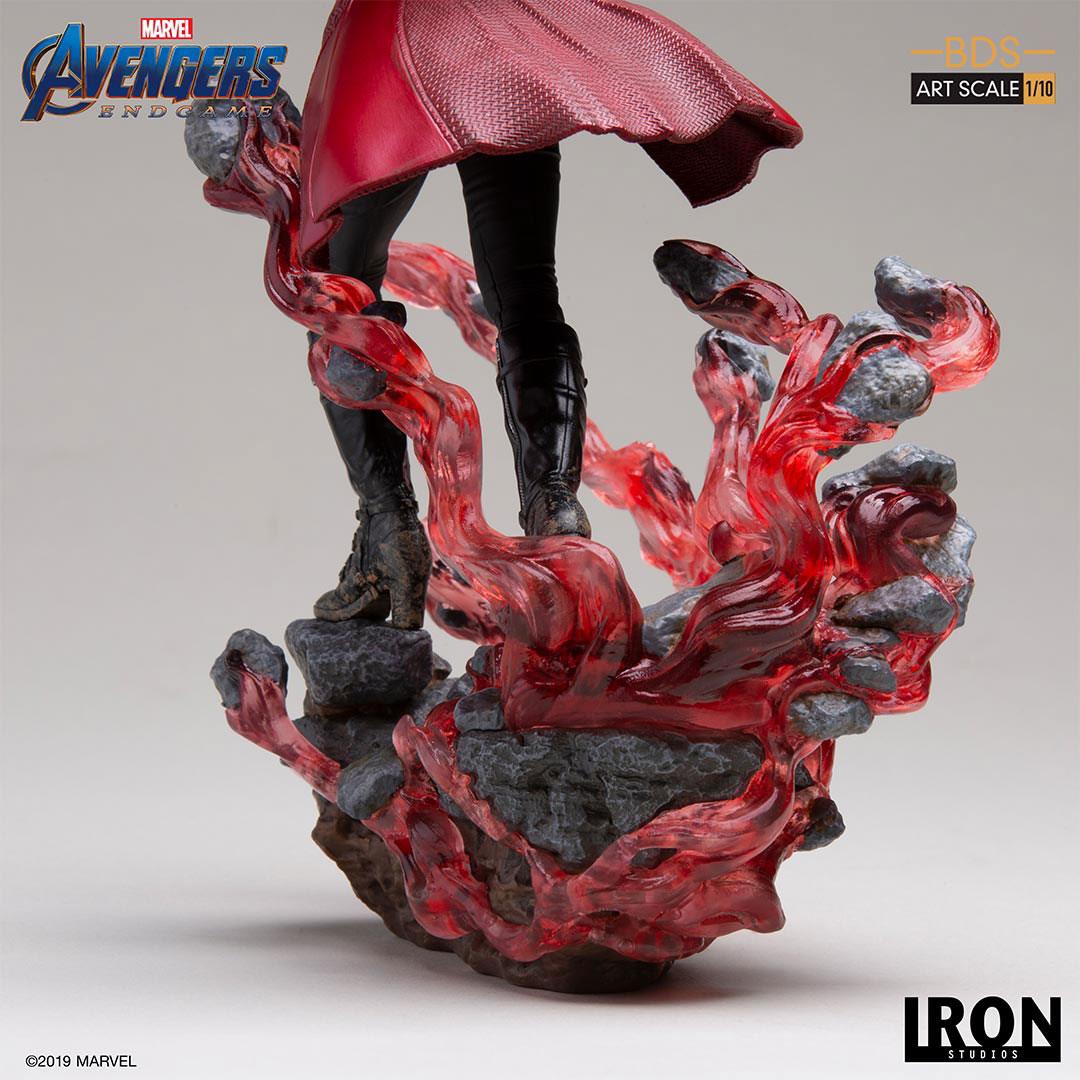 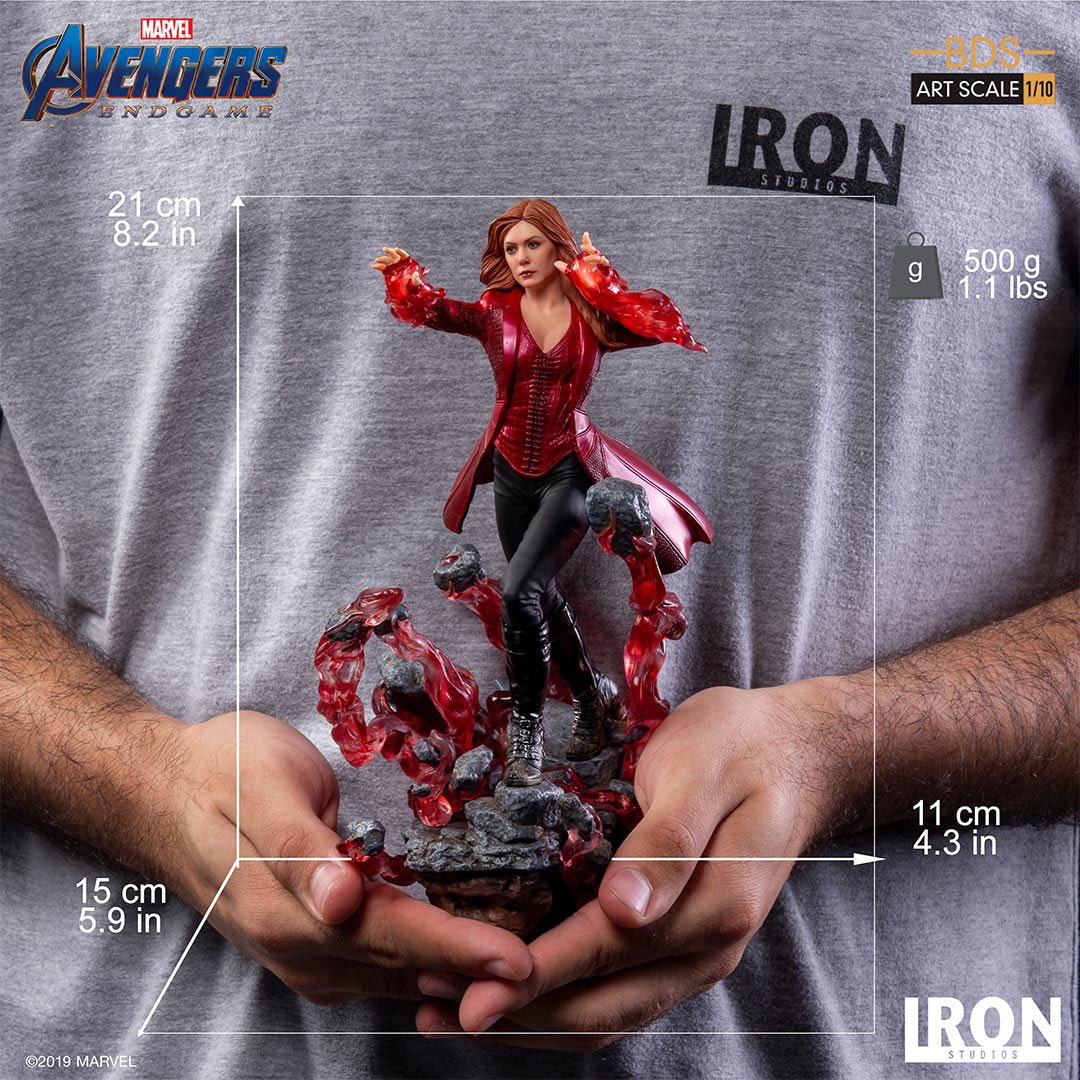 Scarlet Witch in the comics is the mutant Wanda Maximoff, with power to manipulate the odds in her favor and control of chaos magic.

Daughter of Magneto, she and her twin brother Pietro, the sprinter Mercury, began as members of the Magneto’s Mutant Brotherhood, opponents of the X-Men. Later, next to her brother, she was part of a new formation of the Avengers and she became one of the most powerful and important members of the group.

In Marvel Cinematic Universe, she and her brother are not mutants, but rather guinea pigs of Hydra, in experiments with Loki‘s scepter.

We are proud to annouce Wanda with all her power in this 1/10 BDS Art Scale version, representing an already classic scene of Avengers: Endgame.