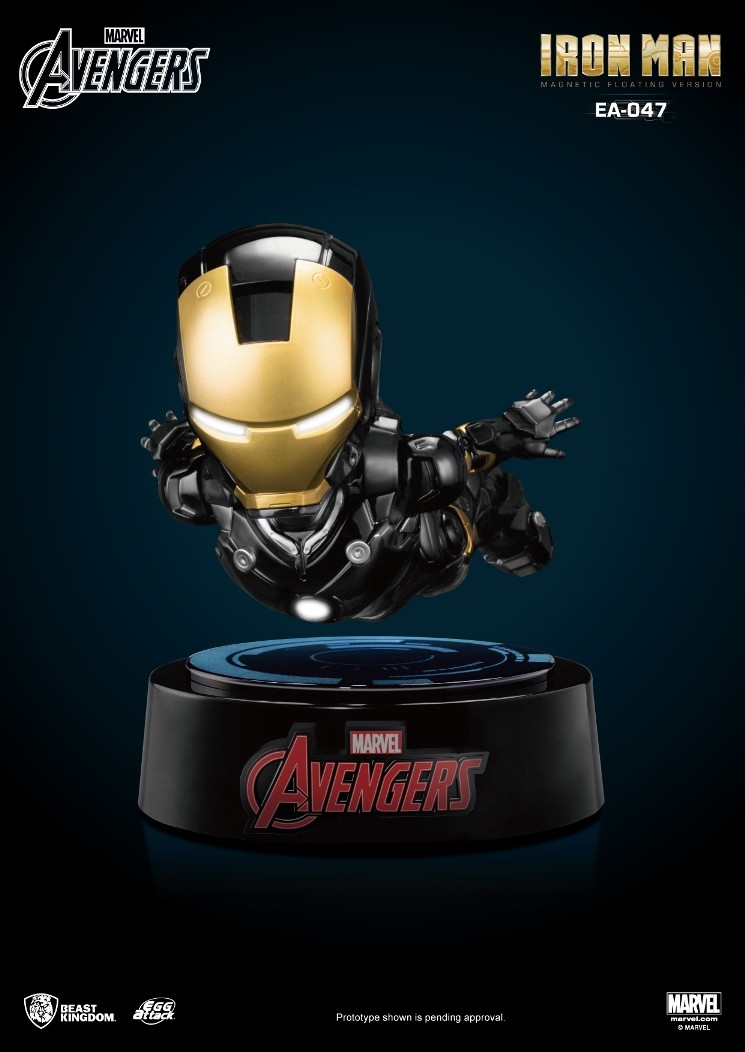 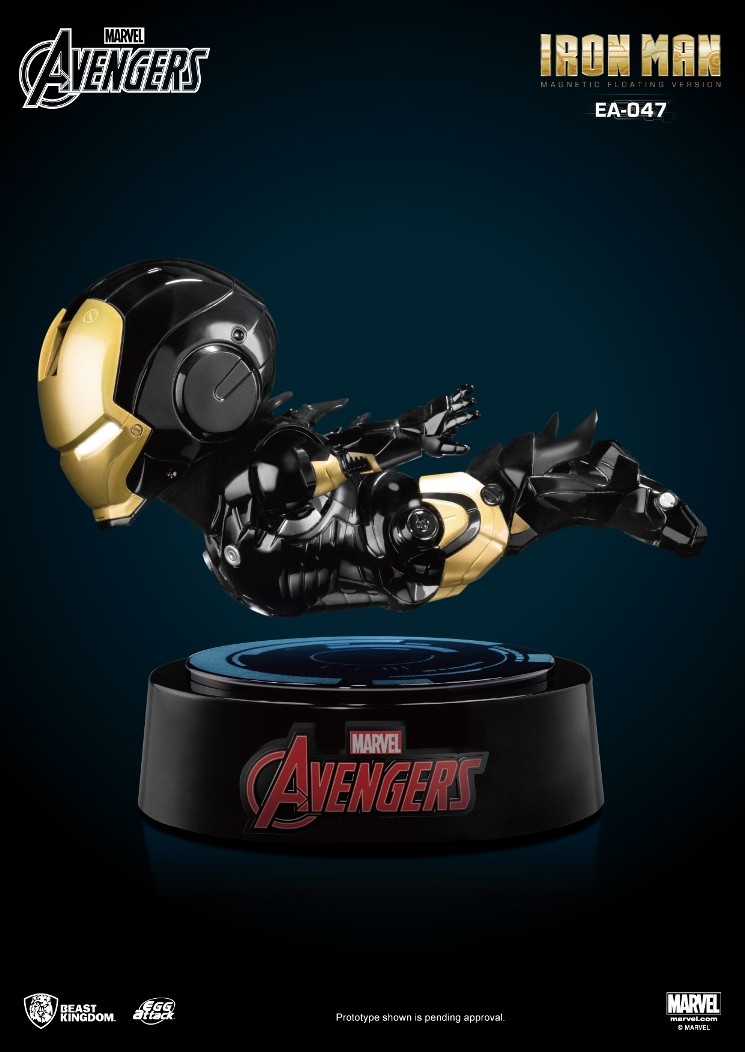 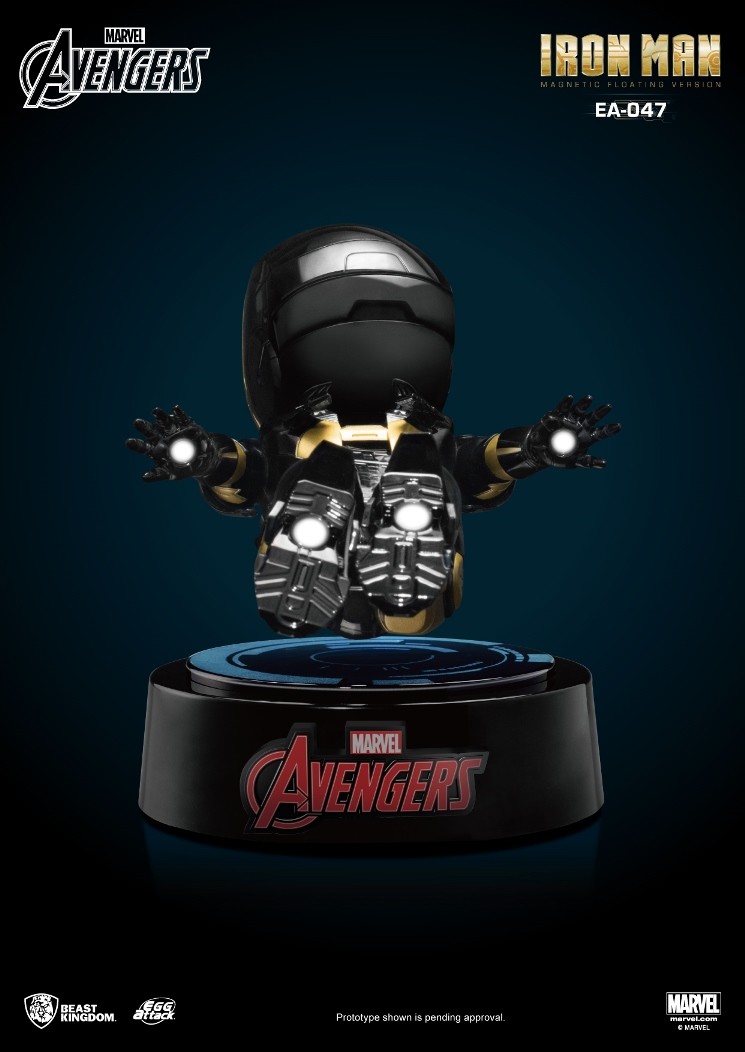 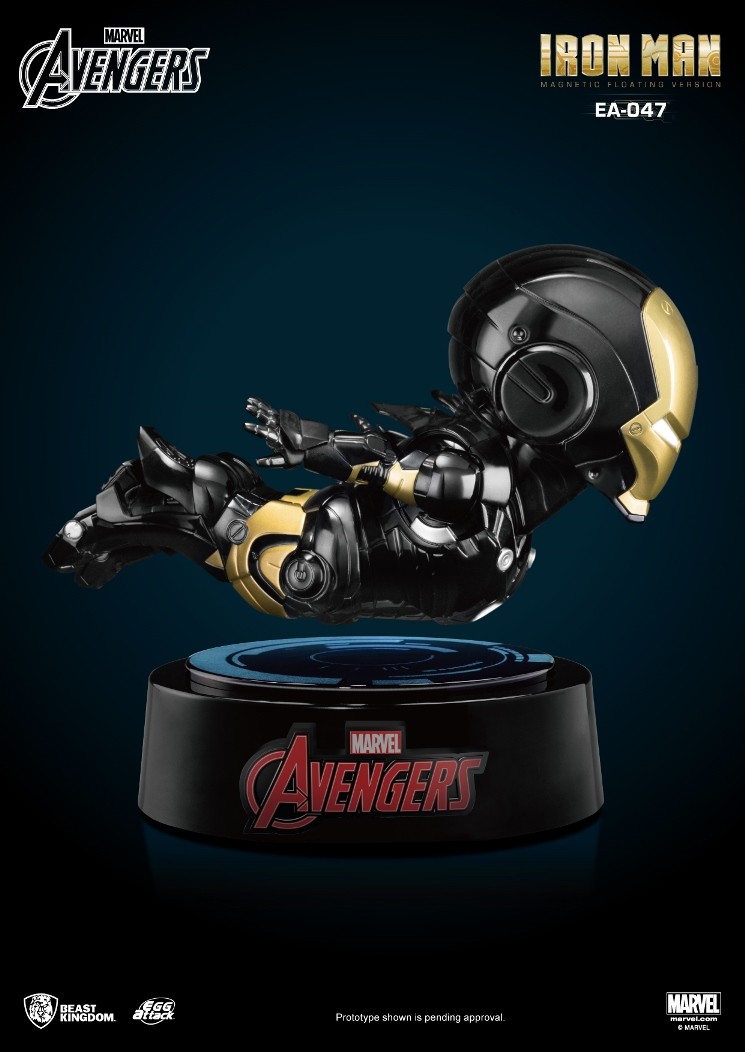 The innovative and exquisite design gives this floating statue its unique appearance, in addition to the air brakes and winglets on the Iron Man suit, it also features LED light-up effects in the eyes, feet, and Arc Reactor on chest.

The statue comes with premium metallic coating with the upper limited edition black and gold color scheme, which is different from the appearance settings in the movie.

Now bring it home and let it become the most special item in your collection!