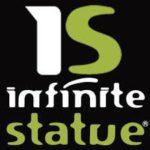 Never before has the figure of Louis De Funès been honored with a realization of this level: an unprecedented statue.

This is a gift for all admirers of his great comic art.

Working on the film, we decided to start with the legendary Stanislas Lefort, choosing to
represent it in its two “versions” exactly as it appears in the film: the great Orchestra Conductor with the legendary white wig (a clear tribute to the great Karajan) and without, or the fleeing German man.

For this reason the statue is provided with an interchangeable “alternative” head so that it will be possible both in the Lefort version and in the more familiar version of De Funès.
The base of the statue is a tribute to the great balcony of the Paris Opera, reproducing a part of it with great care in every detail.

A Limited Edition statue destined to enter the legend of the great Louis De Funès.